Become a boss and obliterate your friends.

Bosses in video games have always had a unique aura: they conclude a chapter; they are the big obstacle laid in front of you, that you can’t beat if you didn’t master all the systems at play; they usually get more personality and charisma than the dozens of cloned goons that hinder you on the way to the boss. Controlling one of these powerful entities sounds like a great idea!

Bossgard is a local and online multi-player game pitting 5 players (the Vikings) against another player as the boss, or bots to fill the ranks. Of course, the asymmetrical situation of a 5 v 1 means that the Vikings and the boss have different powers and mechanics. 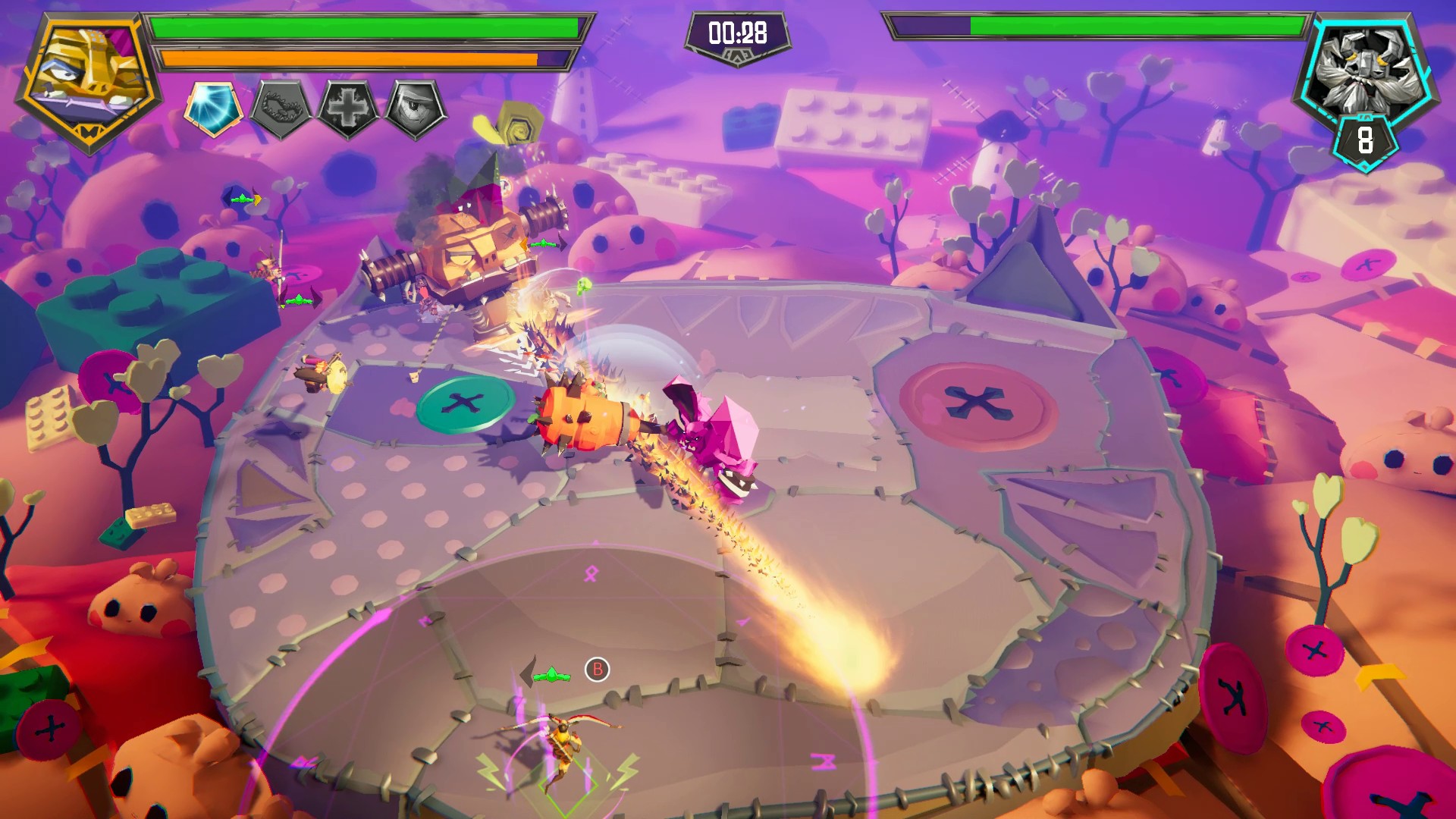 The Vikings are divided into two classes, melee or ranged. Besides their main attack, they can do a dodge jump and charge two special attacks. They can poison the boss, slow it down, summon a creature to fight alongside or have an aura that boosts damages. If they die they can respawn, but only up to 10 times. After that, any death is definitive, and if all Vikings are eliminated then the boss wins. This is what happens most of the time. 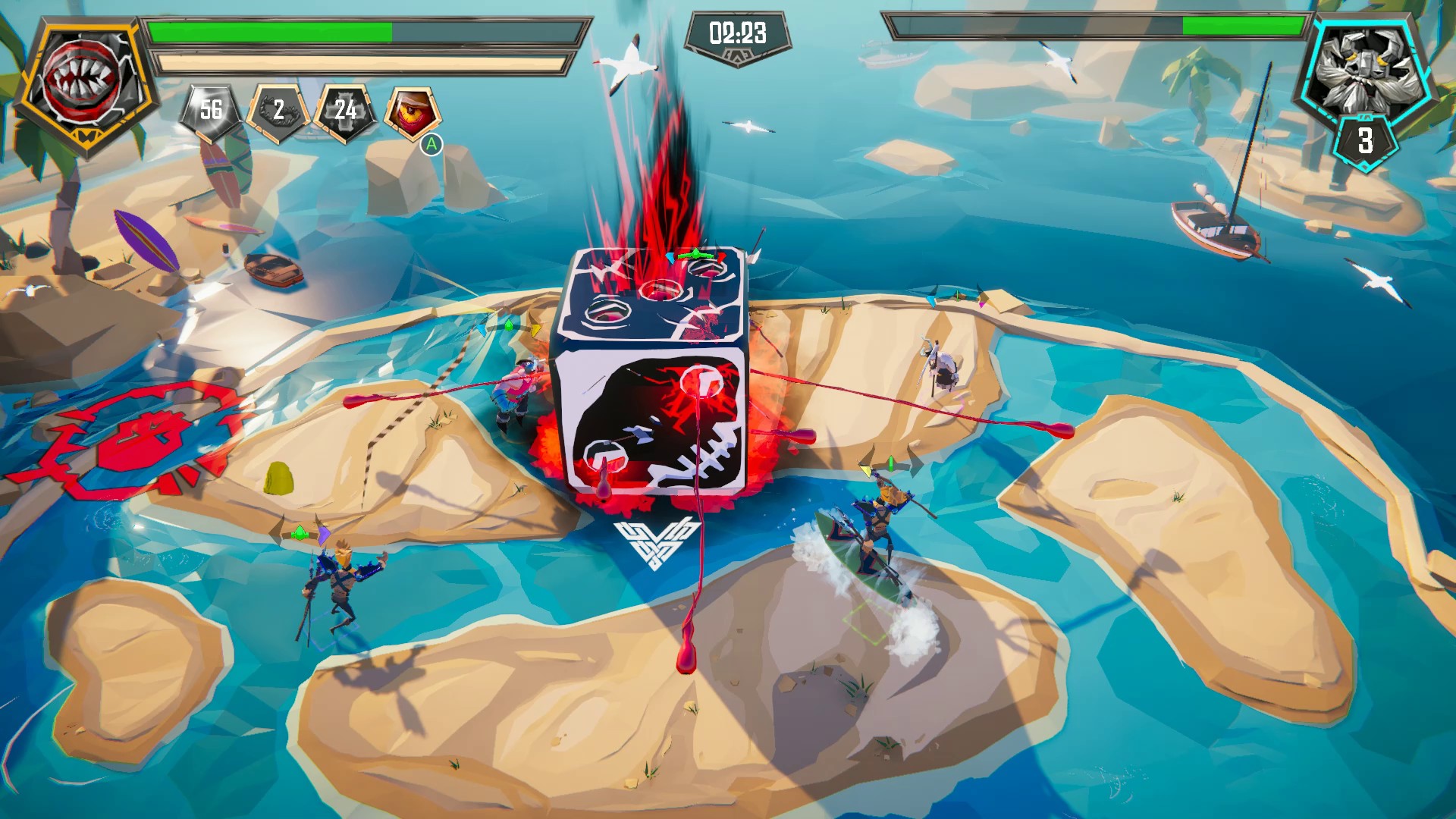 The boss is a powerhouse with a ton of health. It even has the ability to heal a little bit! Or to dispel poison. Or to trigger the traps specific to the current level. Or to enter in a devastating rage that deals massive damage. This goes for all bosses, but each of the 5 bosses have different two main attacks. Except for the main attacks, the rest of the abilities are on cooldown. It feels like playing an MMO, and it’s not a compliment. 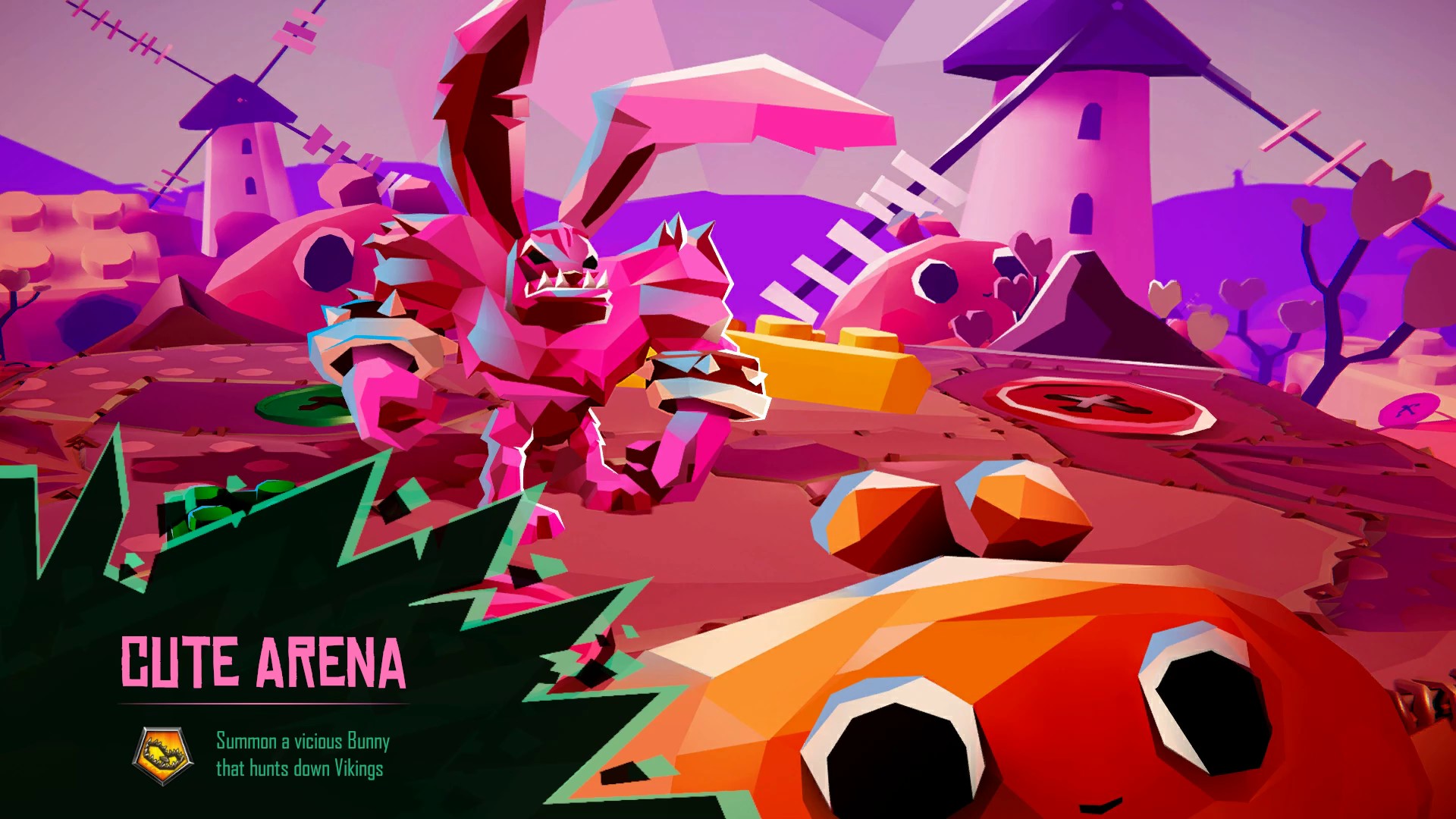 The combat in this game are extremely messy. The boss keeps mashing buttons whenever possible and the Vikings are desperately trying to make sense of the chaos while slowly decreasing the life of the boss bit by bit. Melee Viking players can often be seen hugging the edge of the arena because they lost track of who they were! Their silhouettes and colors are not different enough. It’s possible to have one or two players lure the boss toward a specific direction while the other players are safely attacking from behind, but overall it feels like everyone is spamming everything until they die. 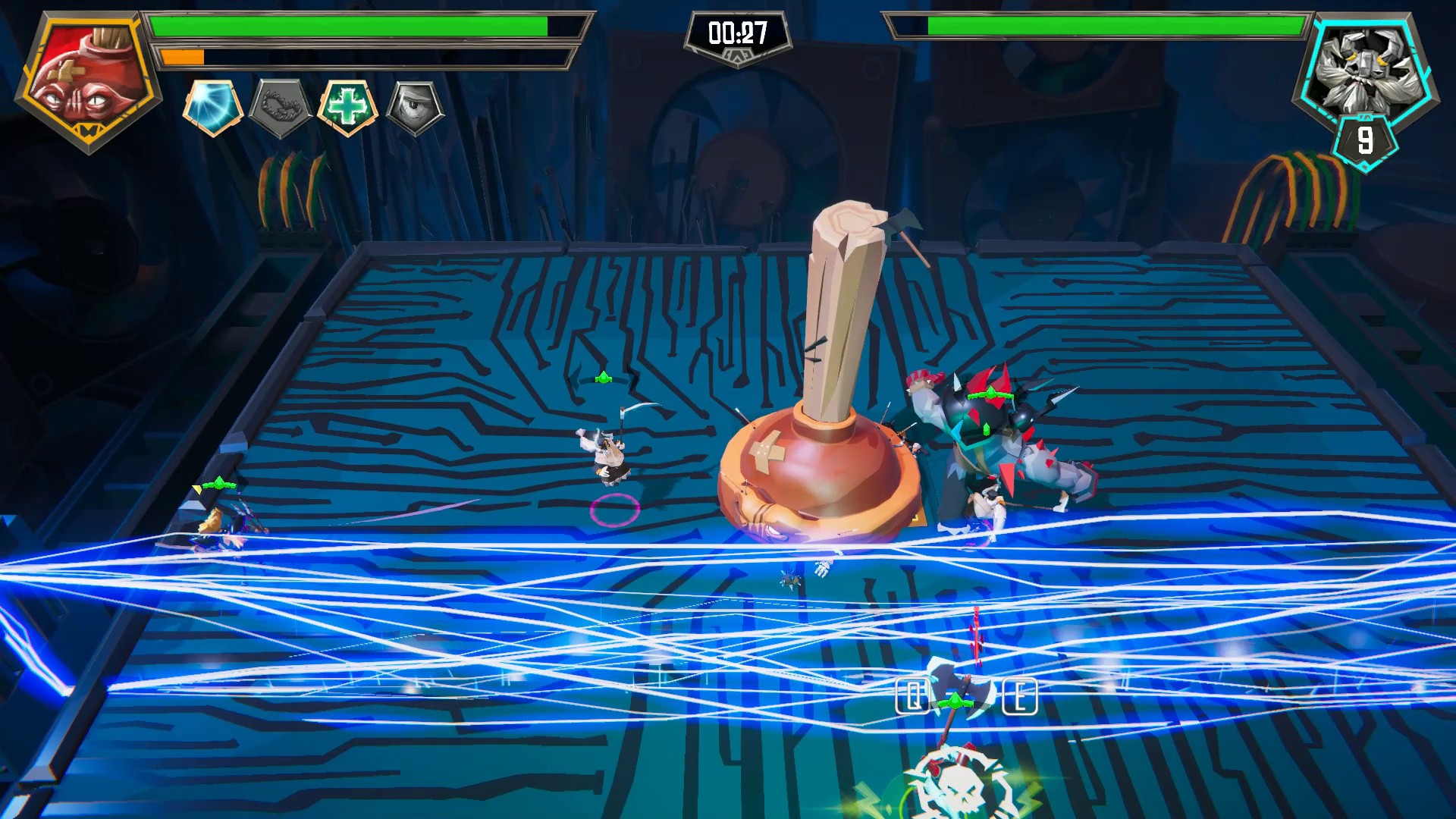 Usually, the fun part about a boss fight is figuring out their pattern in telegraphed attacks that are impressive and fun to avoid. What could have been interesting in terms of offense would have scenarios along the lines of activating something in order to uncover a weak point, I don’t know; at least something dynamic and involving that would be clearly legible and with more variety than constantly attacking a damage sponge. As it is, the game quickly feels very repetitive and dull. 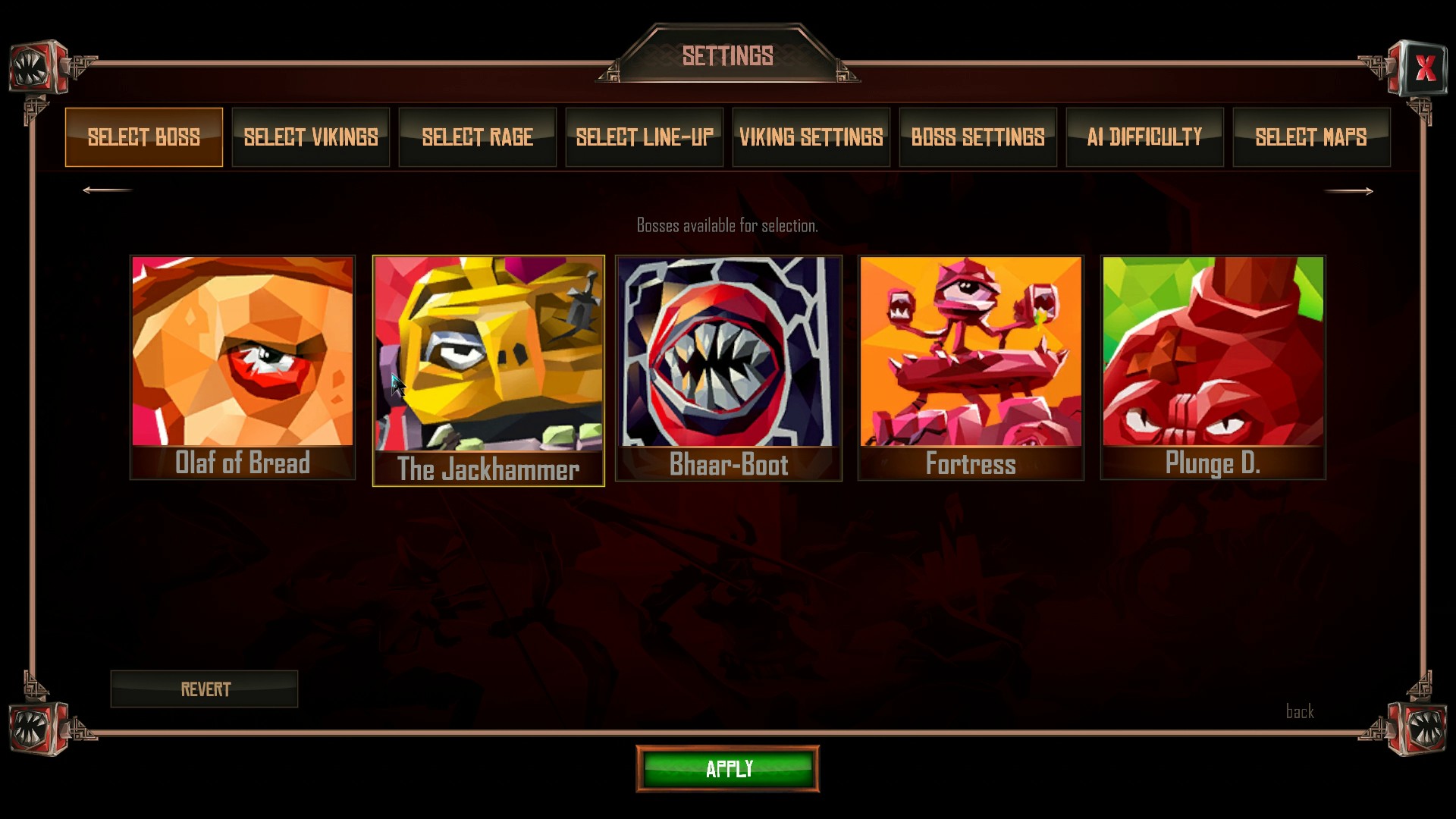 This is a true shame because there is a lot of great content in the game. The five bosses on offer are both interesting and funny: there is a plunger, a loaf of bread named Olaf, Necronomicon dice, a jackhammer, and a Fortress creating walls around itself. There are 12 maps, each with a unique system of traps, such as a demi-boss Rabbit spawning in a Cute Arena and sharks in a Shark Atoll. The art style is striking, the visual effects are cool, the colors are bursting from the screen: seeing all of this became the only reason why we wanted to keep playing despite not liking the fighting. If I can lodge one technical complaint is that the game does not let players rebind their keys, but the standard controls were satisfying both with a gamepad and with keyboard and mouse. I will also add that as usual there is no one playing online, you should bring your own friends. 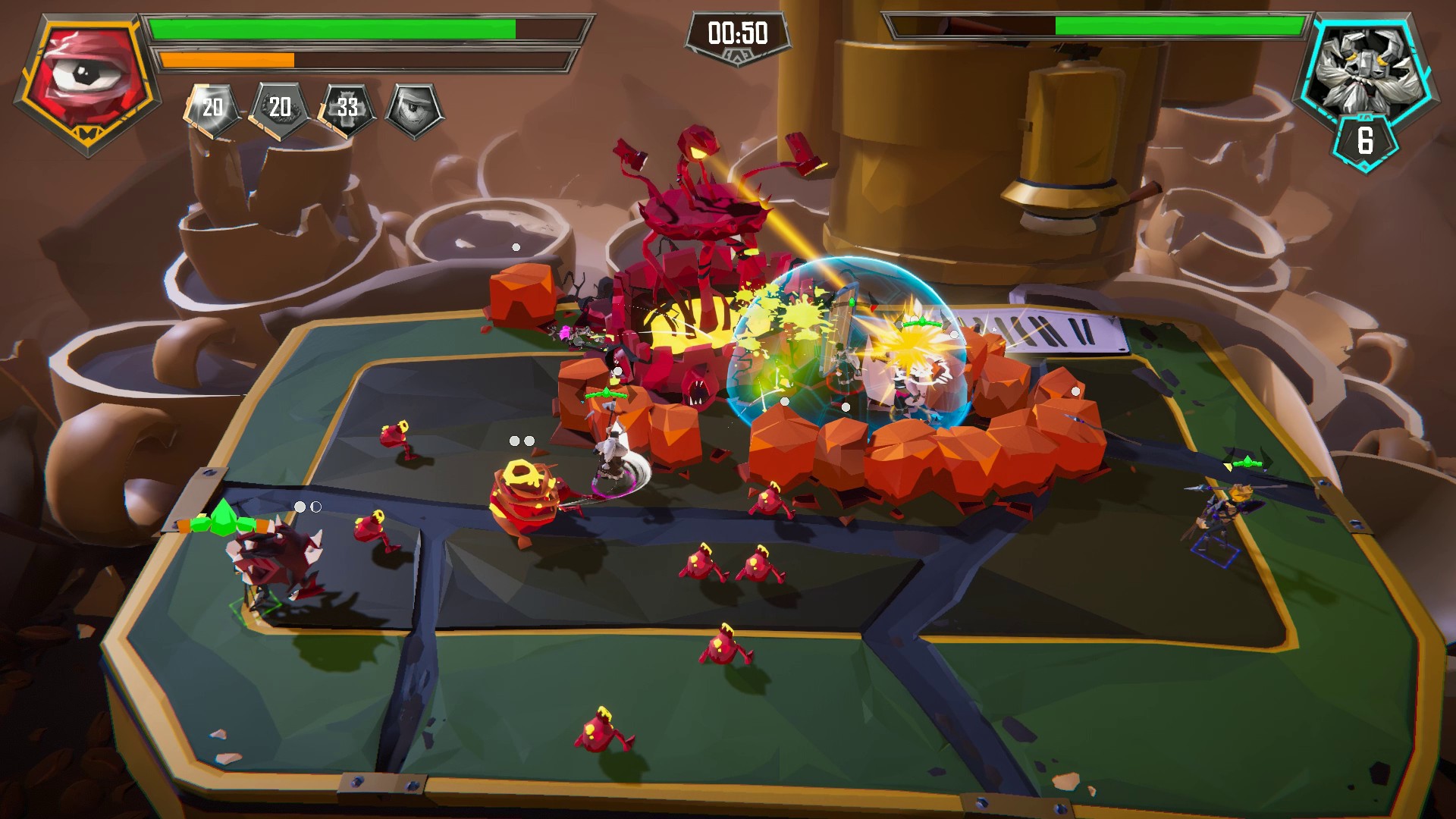 Bossgard has an interesting concept, a lot of original and gorgeous content, but it’s not empowering to be a boss simply mashing buttons or Vikings unable to distinguish themselves in the melee. It all boils down to spamming attacks against a damage sponge without more interesting pacing, the combat feels old very quickly. The game Crawl didn’t have outstanding combat either, but at least the sense of cooperation/competition and the evolving monsters with different attack styles (albeit basic) managed to keep it fresh.