Unlock The King 3 is the third title of Unlock The King series, a puzzle game that is based on chess. It uses chess pieces and its movement mechanics, along with Rubik’s Cube-styled rotateable, tiled platforms. Your job is to rotate the tiled platforms to make sure that you can direct the king to the goal. It has 50 levels with various mechanics.

The game uses 3D models with a lot of gradients to give atmosphere to the level. Everything looks neat and clean to give you as much space as possible to focus on the level. The lack of words, along with simplistic symbols in the options also contribute to the look and feel of the game. It’s easy to get focused and immersed in the game just from the music and visuals alone.

The gameplay uses a combination of chess and Rubik’s Cube. Chess pieces will be scattered on the level which can be moved the same way as it does in chess. The platform that they are placed on, however, can rotate like Rubik’s Cube if you place a chess piece to a certain tile. It is your job to make way for the king to the goal. It offers 50 levels in total with new mechanics as you progress.

You need to know how to differentiate and move chess pieces to play the game. There is no tutorial or whatsoever that can help you to learn them in the game at all. You don’t need to be a chess expert to play it though – the game has its own rules in addition to the chess mechanics. For starters, there are a different number of chess pieces in each level and they are not played on an 8×8 board. 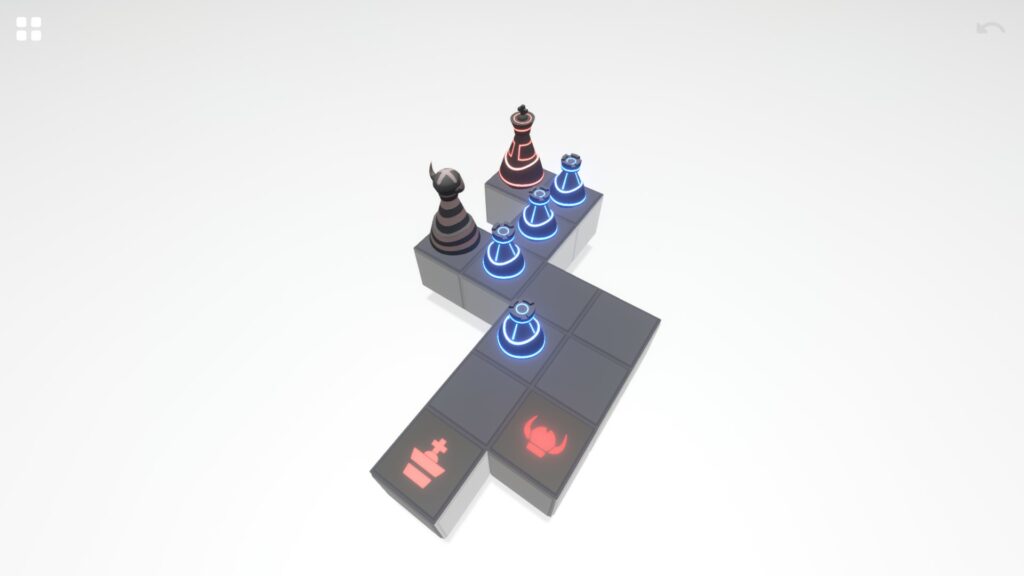 New mechanics will be introduced as you play. Despite the lack of words, it’s easy to figure out how they work. The last few levels introduce the concept of invaders, which must be defeated by the king if they reach a certain spot. I like how the game gives us an option whether to defeat all invaders in the level before finishing it or just focus on finishing the level while ignoring the invaders. The latter option will make the game easier and faster to finish, although you still need to do some groundwork to make sure that the invaders don’t claim any spot and screw your run by preventing it from reaching the king.

I finished the game in 1.5h. I admit that I didn’t try to finish the last few levels by defeating all invaders. I just figured it didn’t matter since you can finish the level just fine without it. As for the difficulty, the game is easy to beat. The latter levels might give you trouble with the size of the map and chess pieces, but it’s easy to figure out how to solve them once you know what to do. 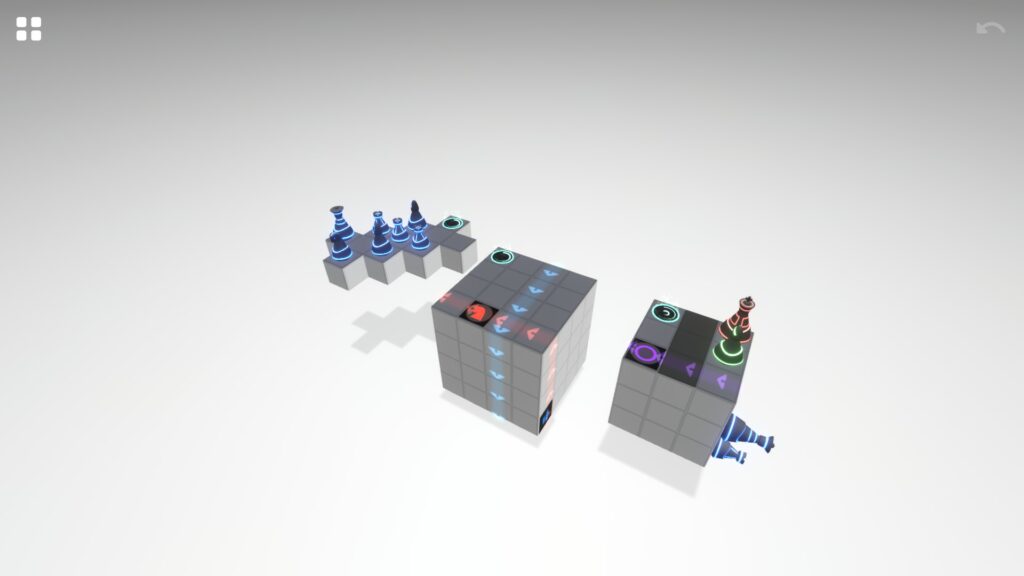 I’m not used to the up-down rotation in the game – it will move the screen up when you drag your mouse upwards and vice versa, and there is no option to reverse the rotation. It also can take time to switch levels that are far from the ones that you are in due to how the interface works. Moreover, you can only undo your latest move – doing far from it will require a complete restart of the level. Lastly, it can be hard to differentiate between bishops and knights from above.

Unlock The King 3 can give a good time for those who want easy, simple puzzle games. There is a bit of chess logic that you need to learn before playing, but those who don’t know can always Google it beforehand. It doesn’t take long to understand the new mechanics, and the length is perfect for those who just want a quick break. I can always recommend it to those who enjoy these kinds of games.