What kind of new life are you going to build for yourself? Will you finally find your happiness and love or more pain?

Could an ordinary guy that moves to a new town find a lot of new excitement in his life? To move on from problems of the past? And perhaps to even find love? This is exactly what the initial premise is. The main character, Jonas (or whatever name we decide to give him), from whose point of view we witness the story, has a lot of new people and events about to enter his life. Some good, some even amazing, and also some which could leave him with mental scars for life. 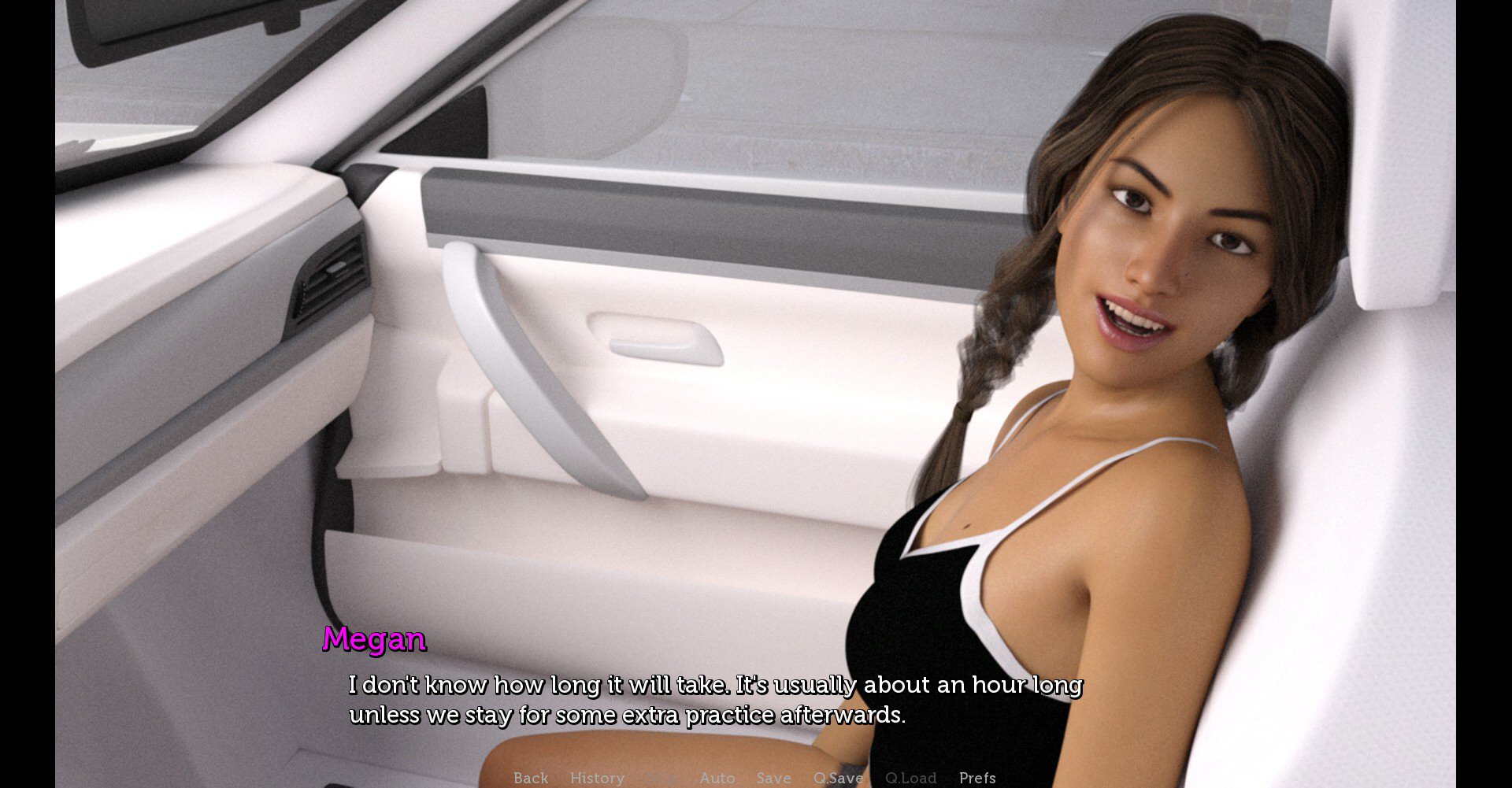 The story revolves around our character starting a new life for himself. However, on day 1, fate brings him closer together with a kind young woman, Megan. As the shop where she works gets robbed and Jonas gets knocked out and hospitalised, Megan and Jonas try to support each other after this event. After Megan gets fired from her job and is unable to pay her rent, she moves in to temporarily stay with Jonas, and this is when we have a chance to develop our relations with her (whether romantic or just friendly), while at the same time helping her to pursue her dream of becoming an actress. As we get closer to her world, we get to know her friends too and are sucked into an interesting set of events.

In addition to Megan and her friends, we also have our own best friend, Liam, who is a fun-loving outgoing guy, but who also has some of his own issues. There is a great chemistry that we build with him too, especially how he often is the one to say something funny. 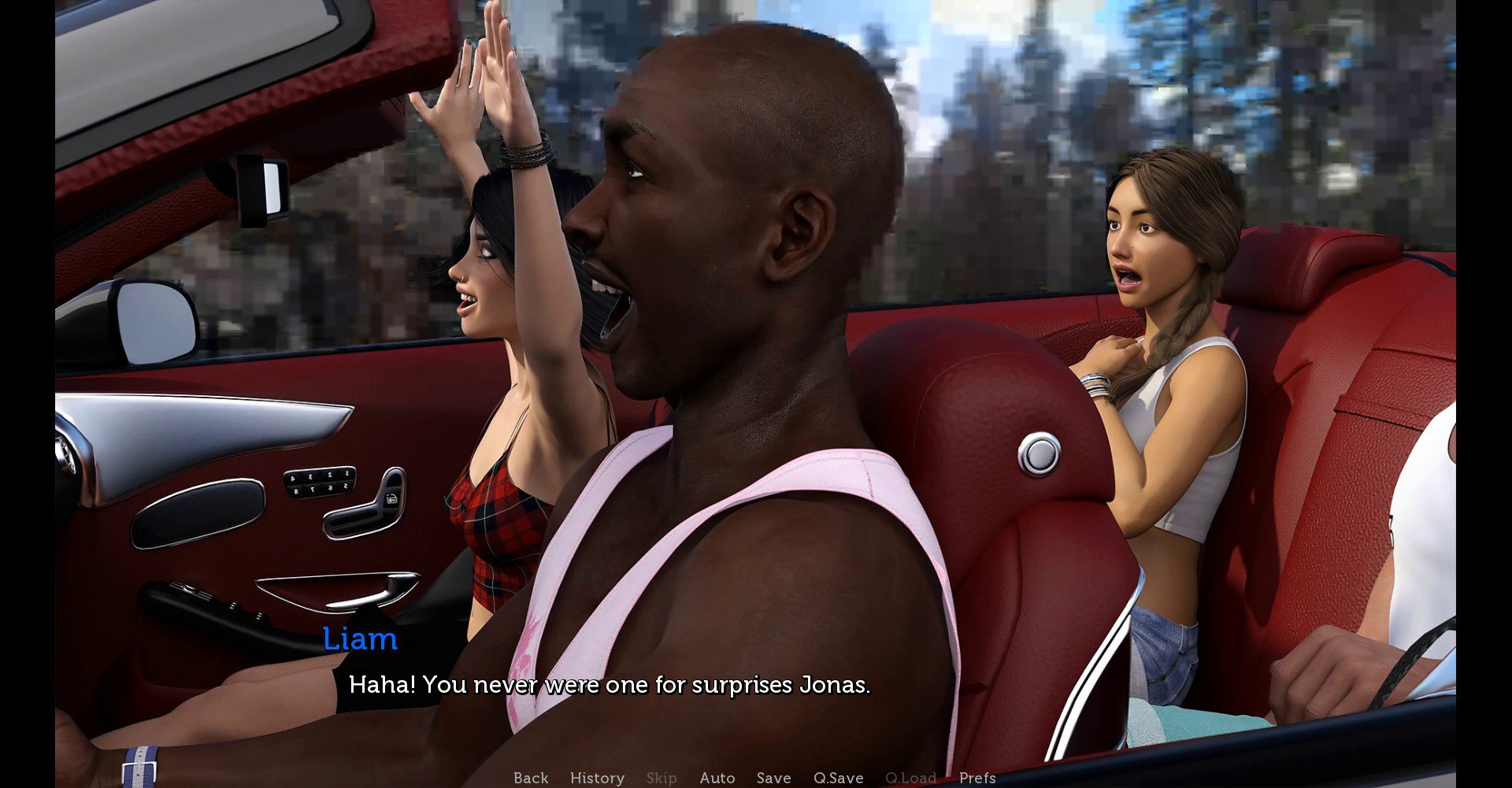 As we go through day by day, making friends, building romance, or possibly simply just engaging in sexual acts, more serious events start to develop and we have to start making some tough choices. And this is what this game does really well. It does an excellent job at developing each character’s personality and backstory and also showing how they all interact with each other. We get to learn about the pains and problems everyone has as we get to know them deeper. It also does really well at keeping the pace just right and builds climaxes at really fitting times. 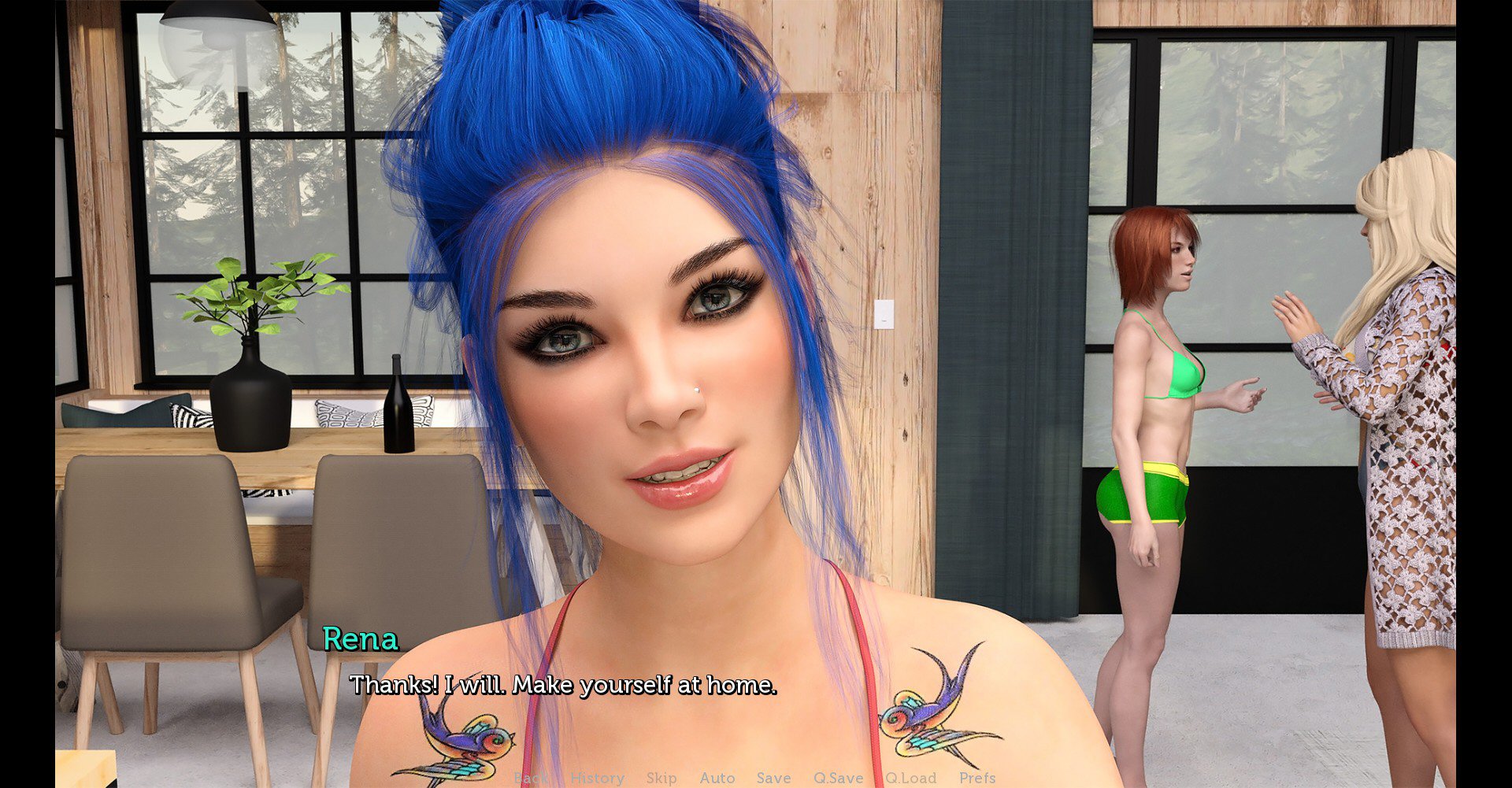 Some of the events in the last quarter of the game do change the feel of the story quite drastically. At first they might even seem like they come out of left field, but the game does an excellent job at tying everything together and making it feel meaningful and memorable. Just be warned that it’s not a relaxing game with silly fun, even though it certainly starts out that way. It deals with some serious and emotional issues that almost all of us would be able to relate to in some way. Because of this, its emotional impact could be too much for some, but this is exactly why this game is so good. 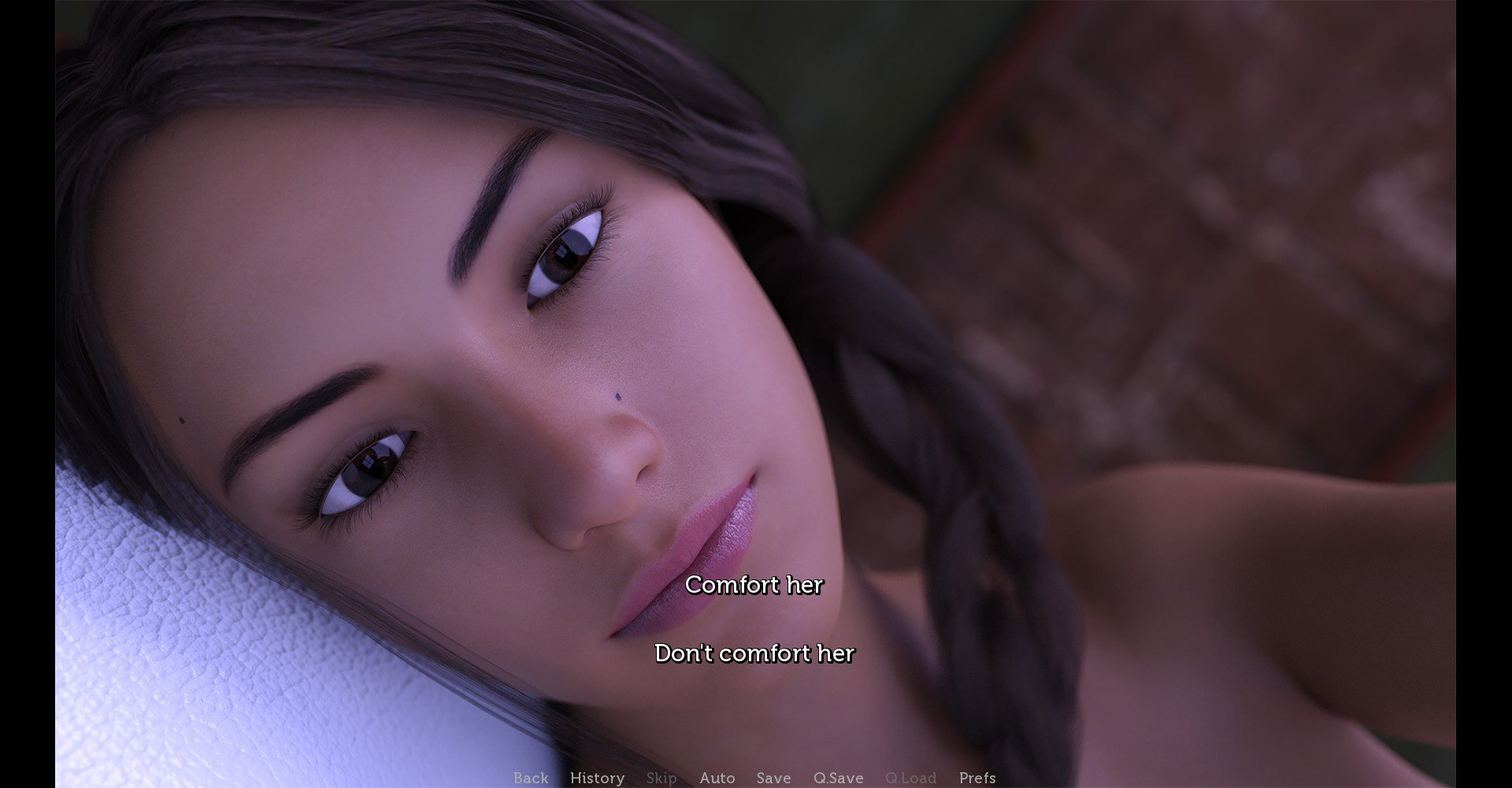 This is a visual novel, so story is the focus here. The only aspects of gameplay are the choices that we make. Some are small and might only change a bit of dialogue, while others are very big and impactful. Moreover, our choices also govern how we develop relations with each female character, whether they end up becoming a meaningful romantic choice, a friend, or just someone we have some fun with for a little while.

In that sense, the choices and consequences are executed really well, and it is possible to have multiple playthroughs and end up with drastically different outcomes. 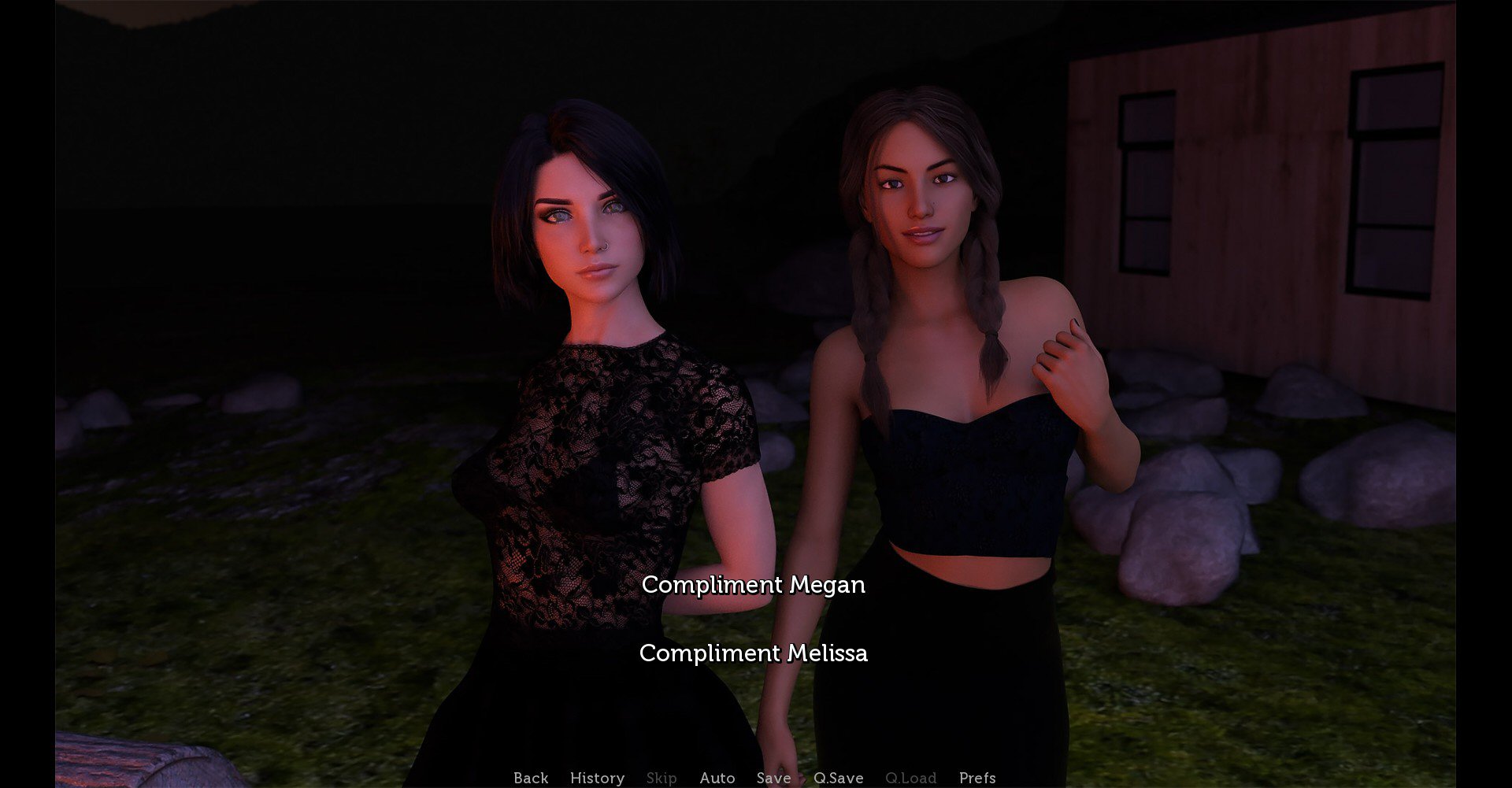 The game is presented in a form of numerous still images with stunning-looking 3D character models that had clearly a lot of love put into them. The way the images were set up are great and the scene flows very smoothly. It gets so immersive that we don’t really feel that we’re simply looking at still images. It feels like we’re right there, engaging in romantic talk with a gorgeous lady, or enjoying a good time with our friend, or getting pulled into an intensely emotional scene. 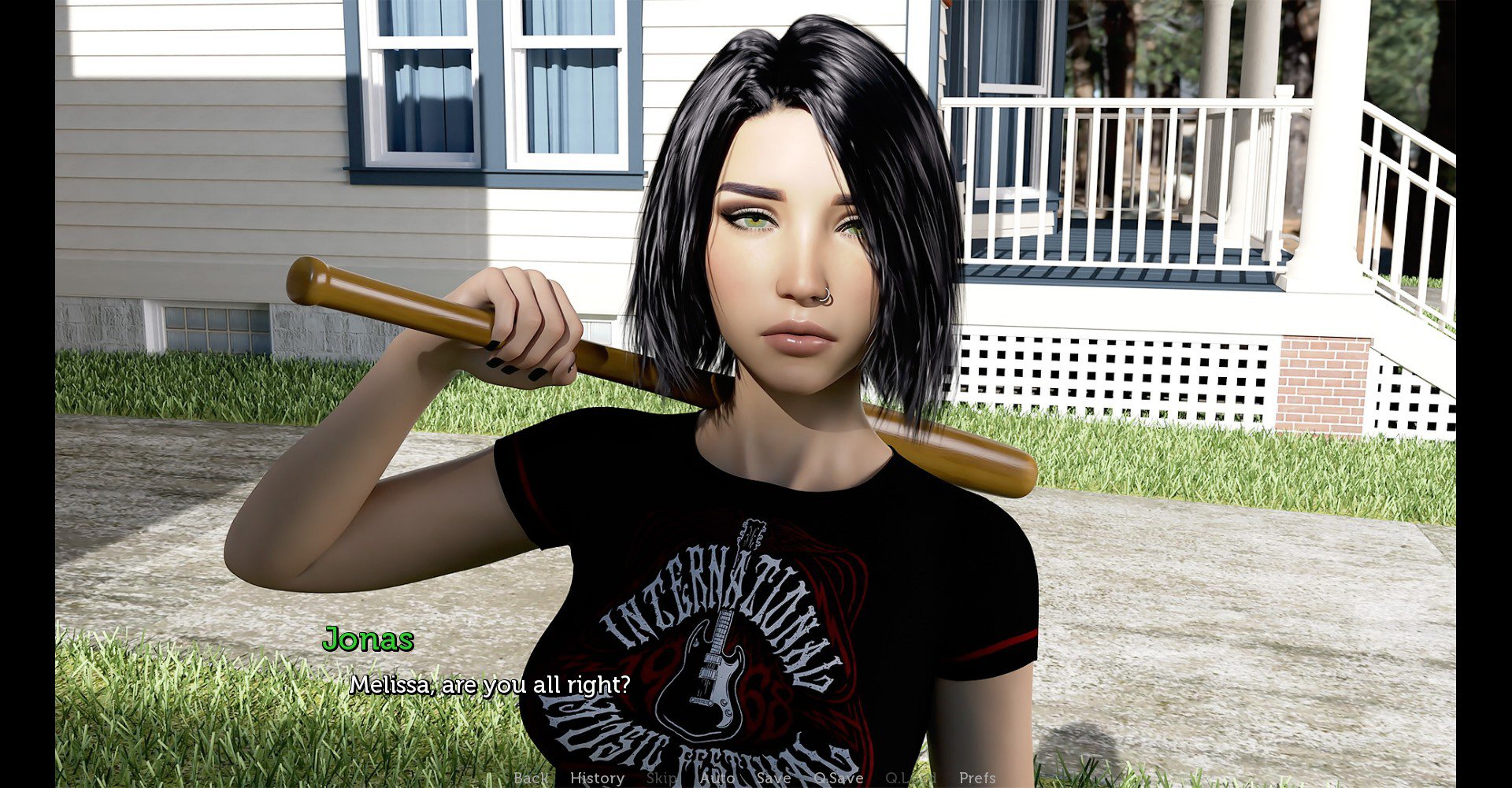 The music tracks that play in each scene are also very suitable and fit the emotion of the scene. Most of them have a relaxing pop or acoustic feel, but the more intense ones also kick in during appropriate scenes. The game even managed to include Beethoven’s Moonlight Sonata in one of the scenes where it fits really well.

There’s no voice acting, but it’s not needed for a game like this. Most of the dialogue is quite simple anyway and isn’t hard to read. Oftentimes the game shows us a lot more through the facial expressions of the characters than the dialogue itself, which makes it all feel so much more believable.

During some scenes we get to see short, loopable videos too. These usually happen sex scenes and highly romantic moments. The sex scenes do get quite detailed and show a lot, which is what makes this an 18+ game. Although I am personally not a big fan of explicitly detailed sex scenes, their presence did not ruin the experience, because they really are not the focus of the game. Majority of the game is about building relationships and making important choices in the story. 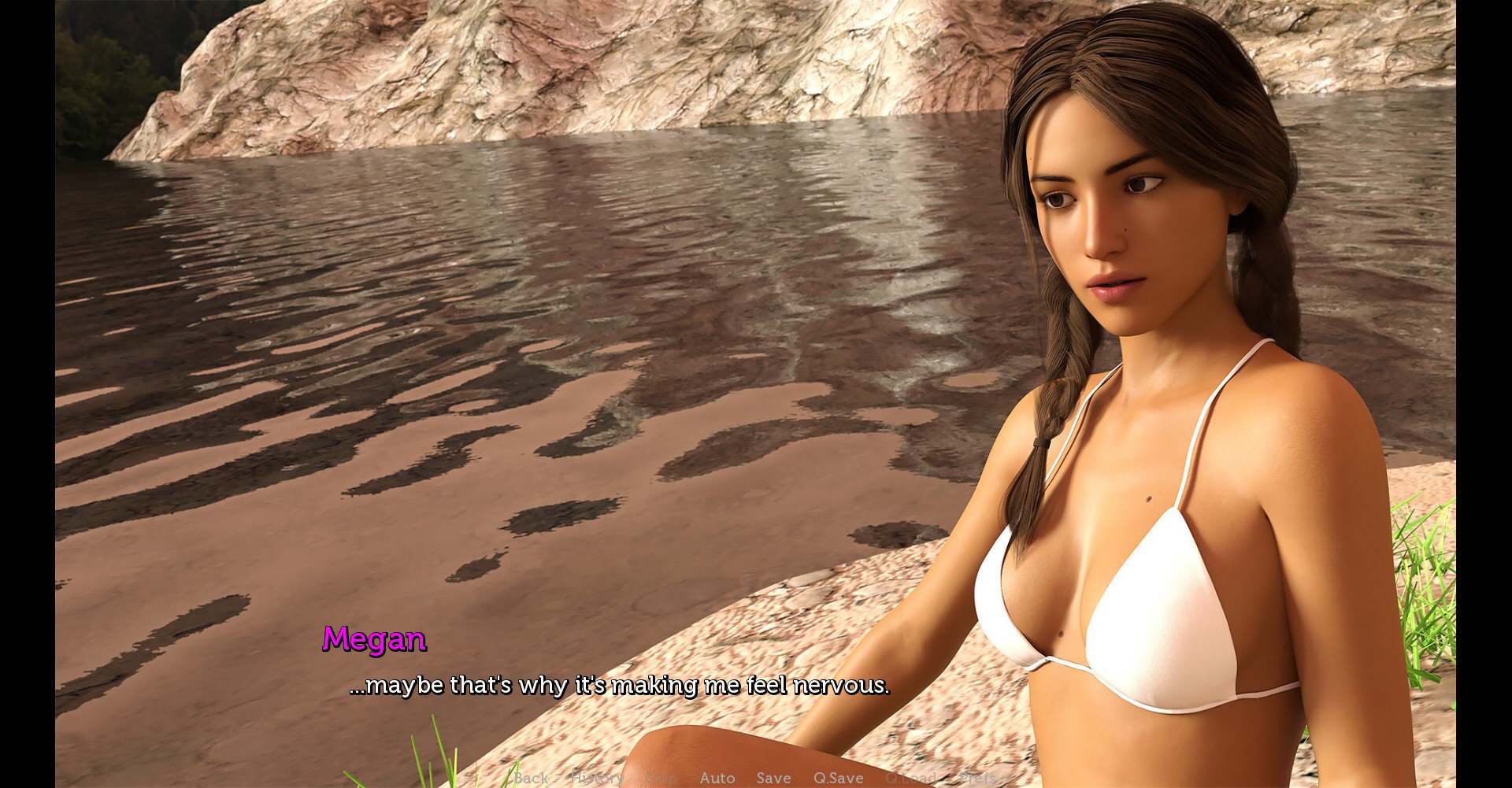 This is an excellent game that will take you by surprise. Most of us are likely to pick it up just to try out some romance building with pretty girls, but it’s so much more than that. It takes you on an emotional rollercoaster, with the high highs and the low lows, and it makes you care for the characters as though they were real people in your life. It’s been a few days now since I finished it, and I still can’t get the story events out of my mind. I think it’s going to stick with me forever as a fine example of a well-crafted story and believable characters. It’s no wonder to me why it got the ‘Overwhelmingly positive’ reviews on Steam. I think it really deserves that.