Ever feel unqualified for your job? Well, you’re more qualified than the main character of this game (probably)!

There’s something about farming and life sims that really scratches an itch. I find myself capable of playing them for hours, and also sometimes spacing out and not playing them for chunks of time. Luckily, most games like this don’t progress in real time, and will be an exact copy of how they were when you left them. Rune Factory 4 is much the same way- it’s present to scratch the itch when it presents itself, and has various fun gameplay mechanics

This one actually starts off pretty wild. Upon launching the game, I immediately found myself in the air. It seems our main character starts out on an airship, and the game then asks if we believe we’re so high up, or if we’re flyin’ high. This acts as a choice to determine the character’s gender, something it informs immediately after. Once finished, things progress. The main character is on the ship to deliver something to a God that apparently lives in the town of Selphia. Of course, the journey can’t be that straightforward. Two bandits pop out of barrels on the ship, and the main character opts to fight them. After the bandit shoves them, the hero drops whatever they were about to deliver, and then falls unconscious. Once they wake up, their memory is gone, and they follow the mystery item off of the ship shortly after, falling to the ground. 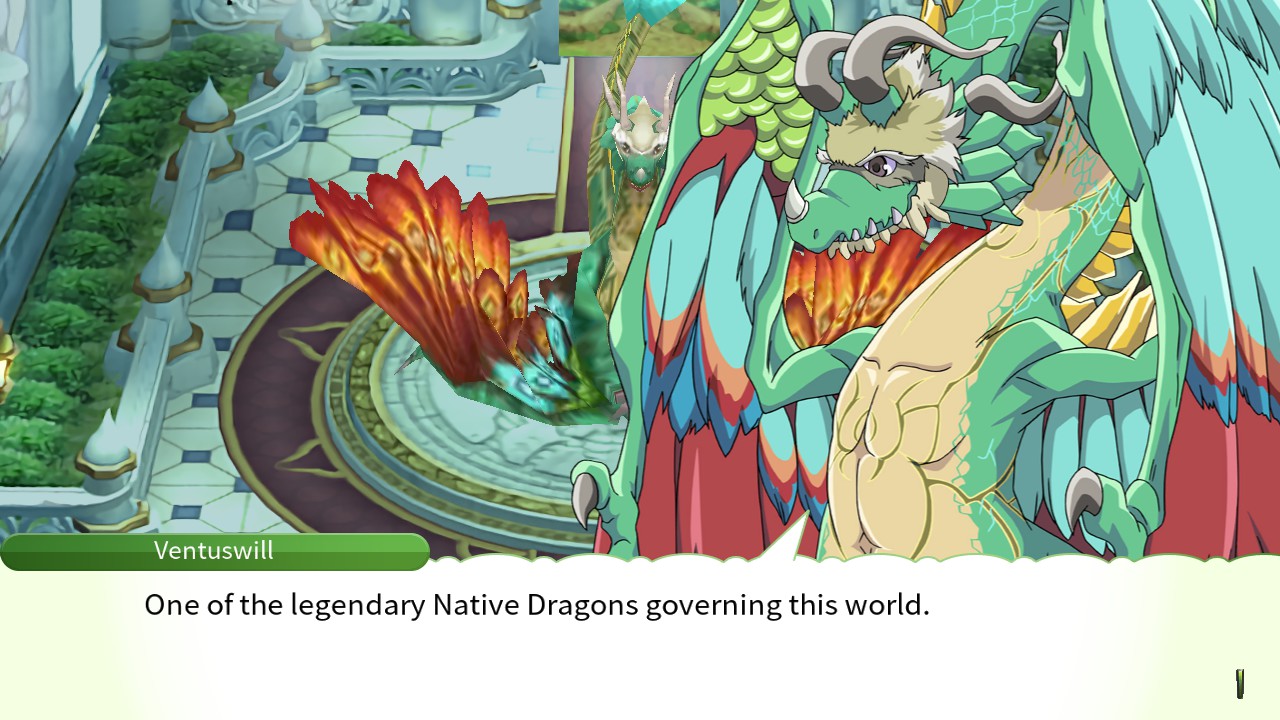 Wouldn’t it be convenient if the God being spoken of on the airship was, in fact, a dragon, and that our hero landed on them to break their fall? Thank goodness that’s what takes place! Of course, they can’t recall anything about themselves, and an immediate misunderstanding takes place. The dragon, Lady Ventuswill the divine wind, is convinced that the main character is the prince or princess that the town has been waiting for. Despite enthusiastic claims to the contrary, she proceeds to educate the main character as though they are, and things proceed. 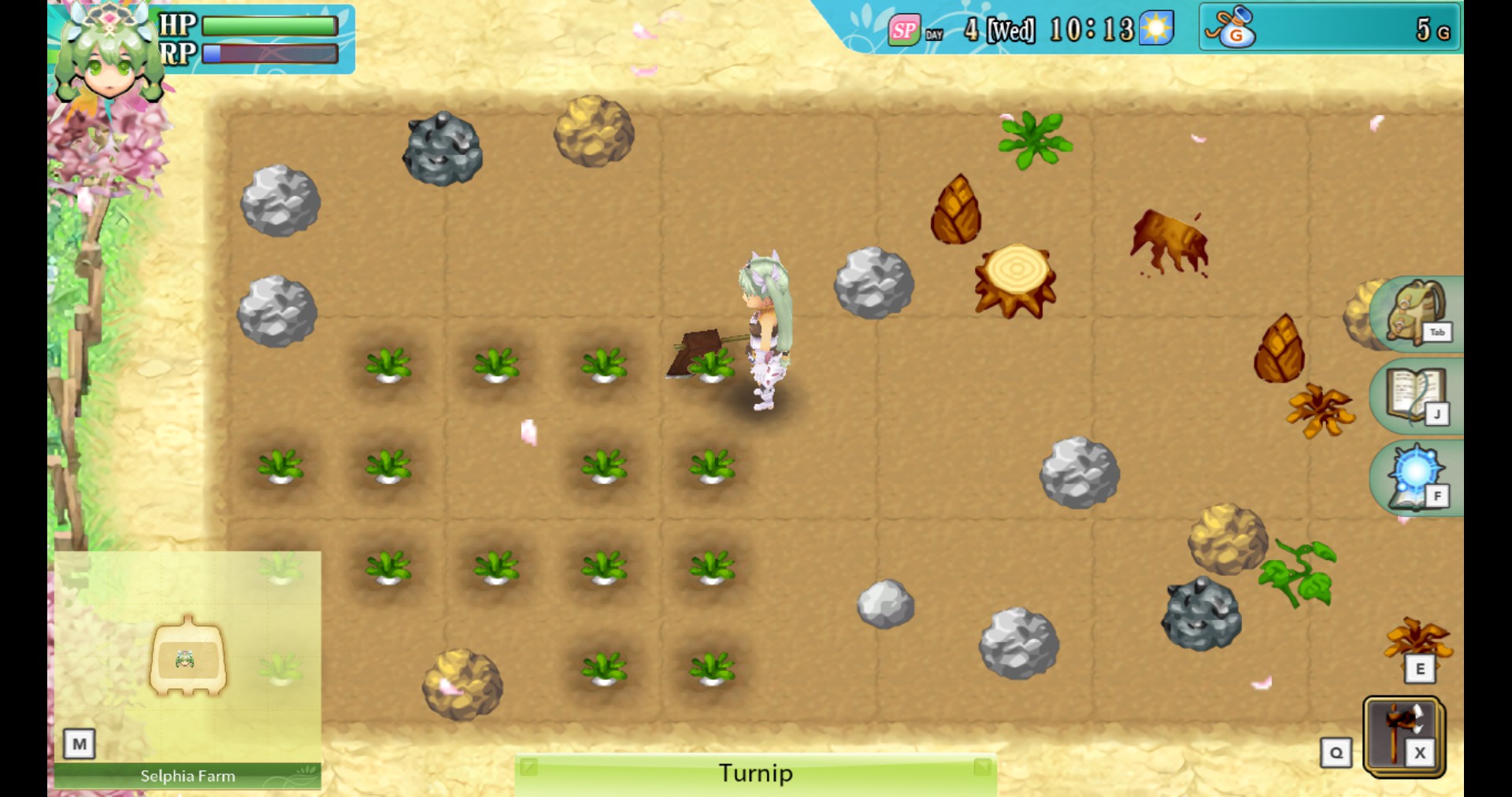 Until, of course, the actual prince shows up. That certainly confuses things, but rather than casting the imposter away or even making them live a normal, amnesiac life, things stay the same. The prince wants the hero to continue doing princely duties while he’s free to research and accomplish his goals. That means the imposter prince needs to run the city, make friends with the townsfolk, complete prince tasks, and also bring in tourists. 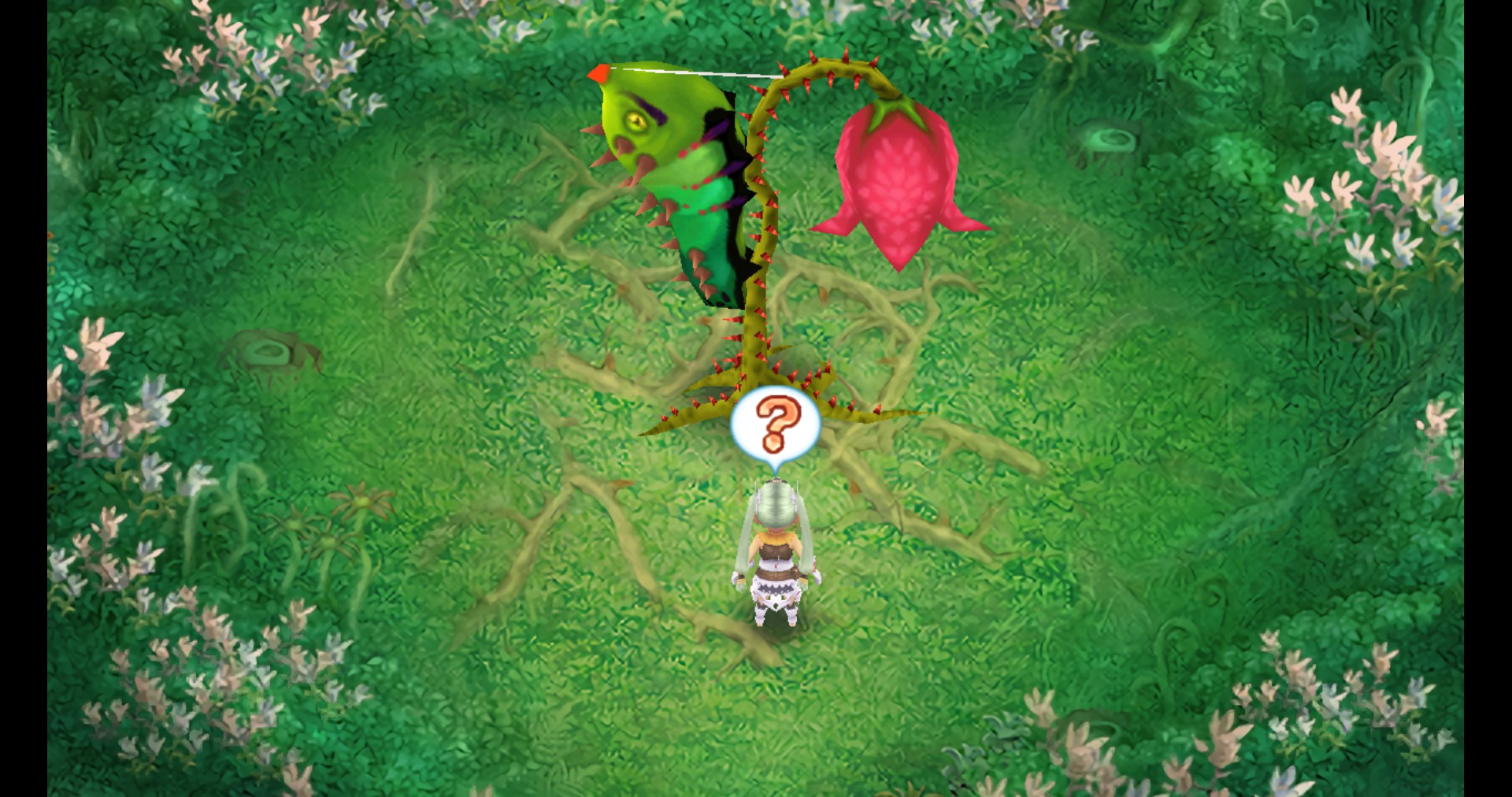 It’s important they accomplish all of this while trying to remember what they’ve forgotten, of course. What’s an earthmate? What happens if our hero fights a big monster and it turns into a girl? Who did our protagonist used to be? What were they trying to deliver to Ventuswill? All questions will eventually be answered, though not before the princess does a whole lot of chores.

These are nice and nostalgic. The game doesn’t look amazing or anything, but it feels warm and familiar. The graphics are a scaled-up version of something I’d play on the DS, or maybe even my Switch while curled up in bed as a teen. It’s fitting the game is on Switch, though this wasn’t the way that I enjoyed it. 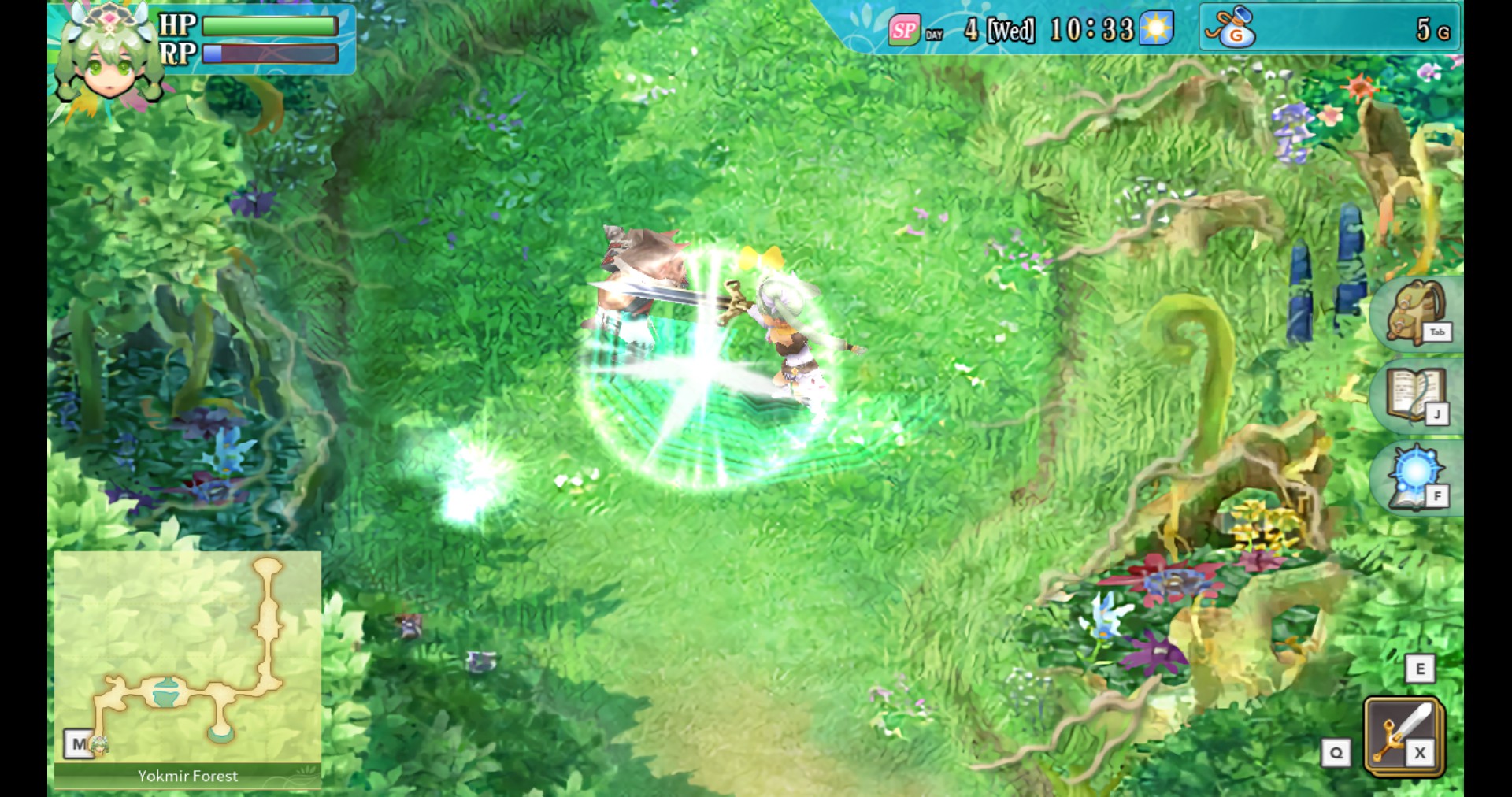 For bachelorettes and bachelors in town, there are animated cutscenes upon first meeting them. These usually play in a pan form, showing you multiple angles and details of the character design before finally zooming out to reveal their face. It’s dramatic and ridiculous, and I ended up having a good chuckle a few times. It also helps to know who you may want to bond with, if you’re looking for romance.

Environments like the first forest area aren’t tremendously varied, though enemy models are! They’re fun to smack with a weapon, and it made me eager to see all the designs available. 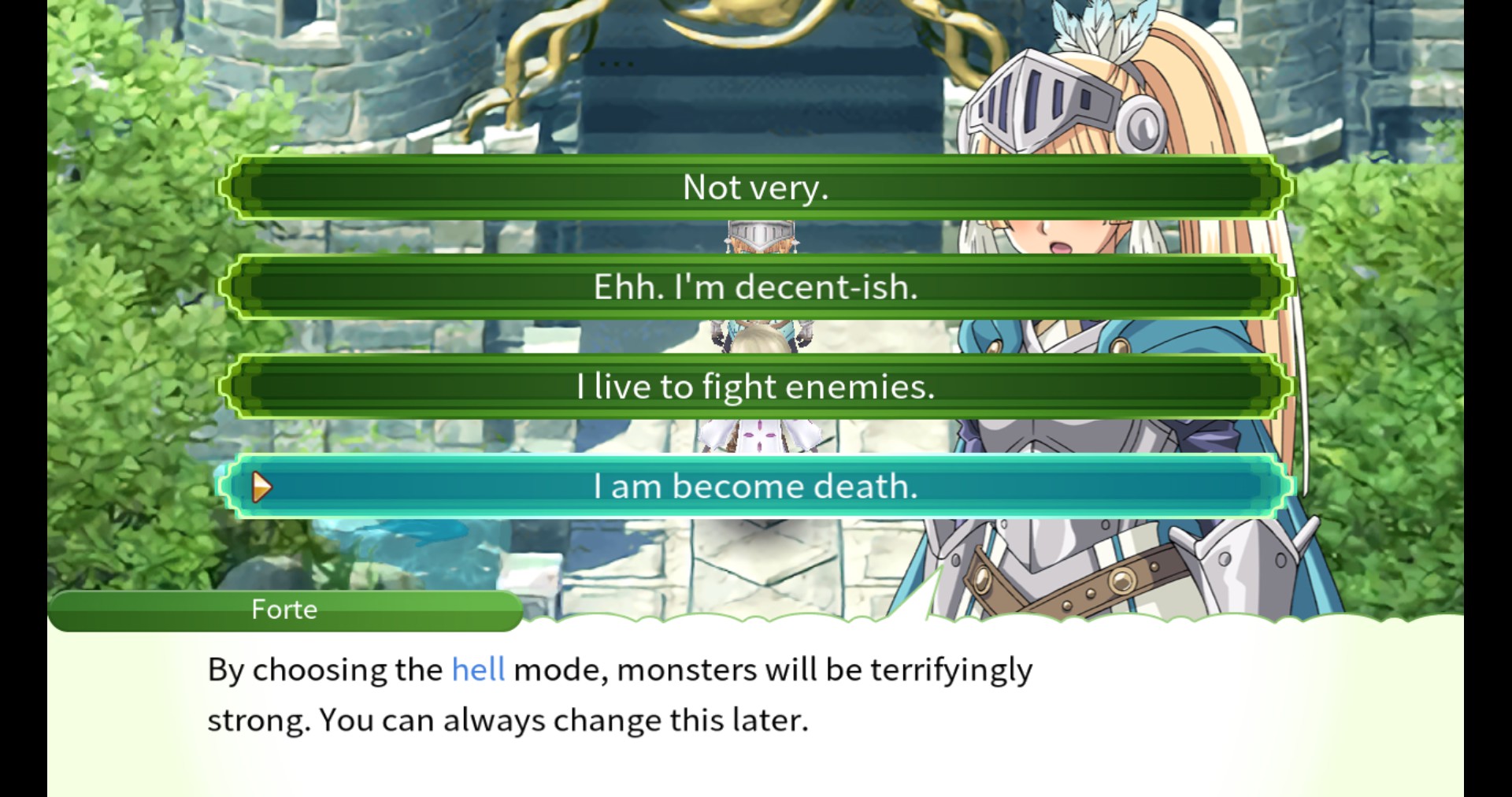 As a slice of life farming simulator, Rune Factory 4 does some things pretty standard. There’s are health points, rune points, princess points, and currency. All of these are used to perform different actions to a certain extent. If you decide to pick up a weapon and go fighting, you can only fight until your HP falls to 0, and then you wake up in the clinic. The same goes for your rune points, or RP. This works as stamina effectively, and performing activities from farming to cooking drains it. Once it’s at 0, it’ll eat through your health, and then you’ll pass out and wake up at the clinic.

Luckily, if you lose all your money, you don’t wake up at the clinic. Being broke is free. 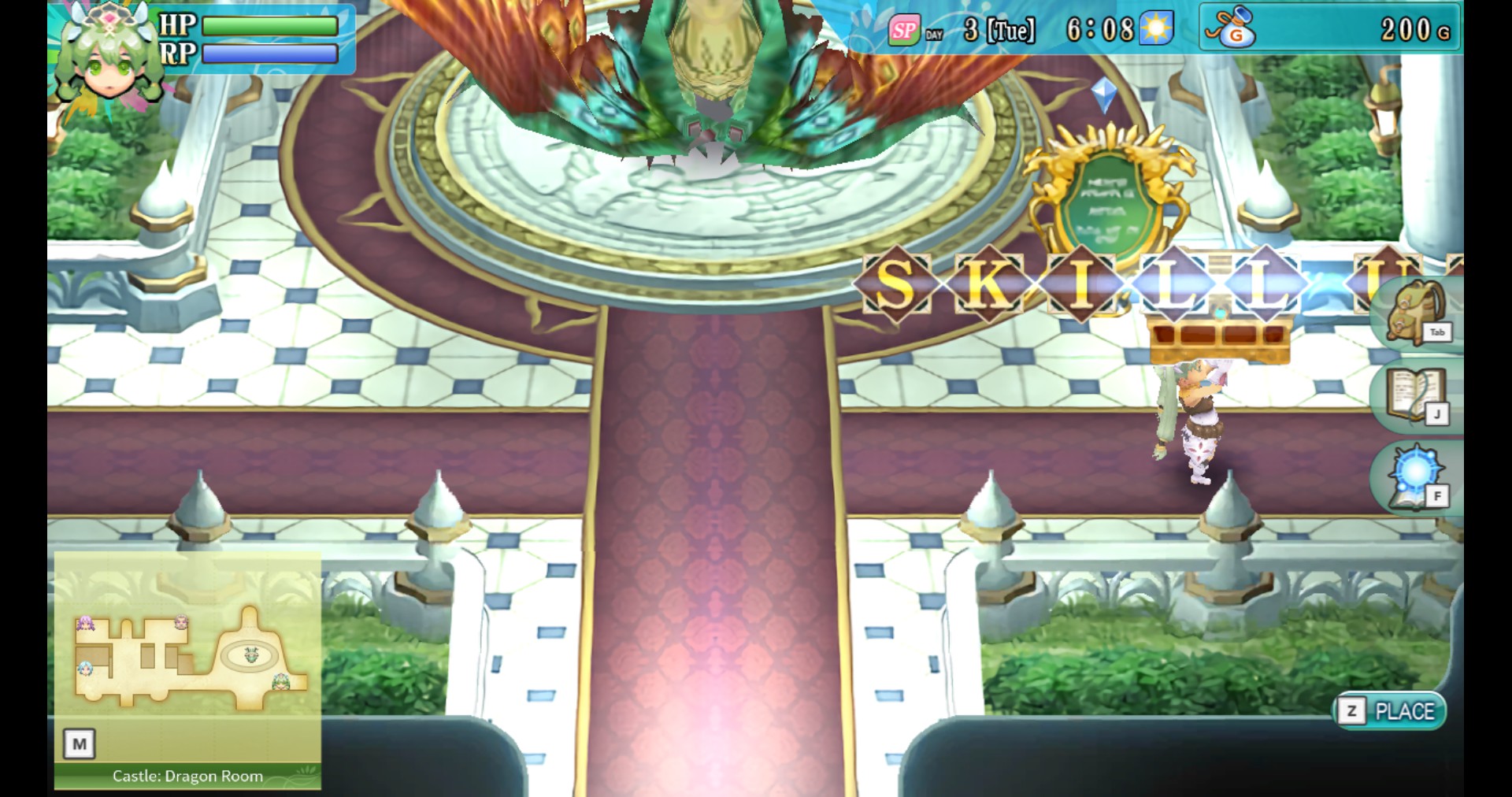 To keep the prince, the townsfolk, and your dragon friend happy, you’ve gotta spend those prince/princess points. Actions you can take range from upgrading your backpack, increasing your personal storage, putting on a festival so people can have fun, and more. Doing most things earns you these points, and the way I got my first chunk was to explore the forest after getting a sword. At the same time you get another weapon, you get the option to set the difficulty. I went with normal difficulty first thing, and it was really, really easy. Fighting matches with the retro style of other parts of the game, and most battles I was able to easily win simply by slashing and occasionally dodging- though I still found it fun like the old RPG’s I used to play as a kid. 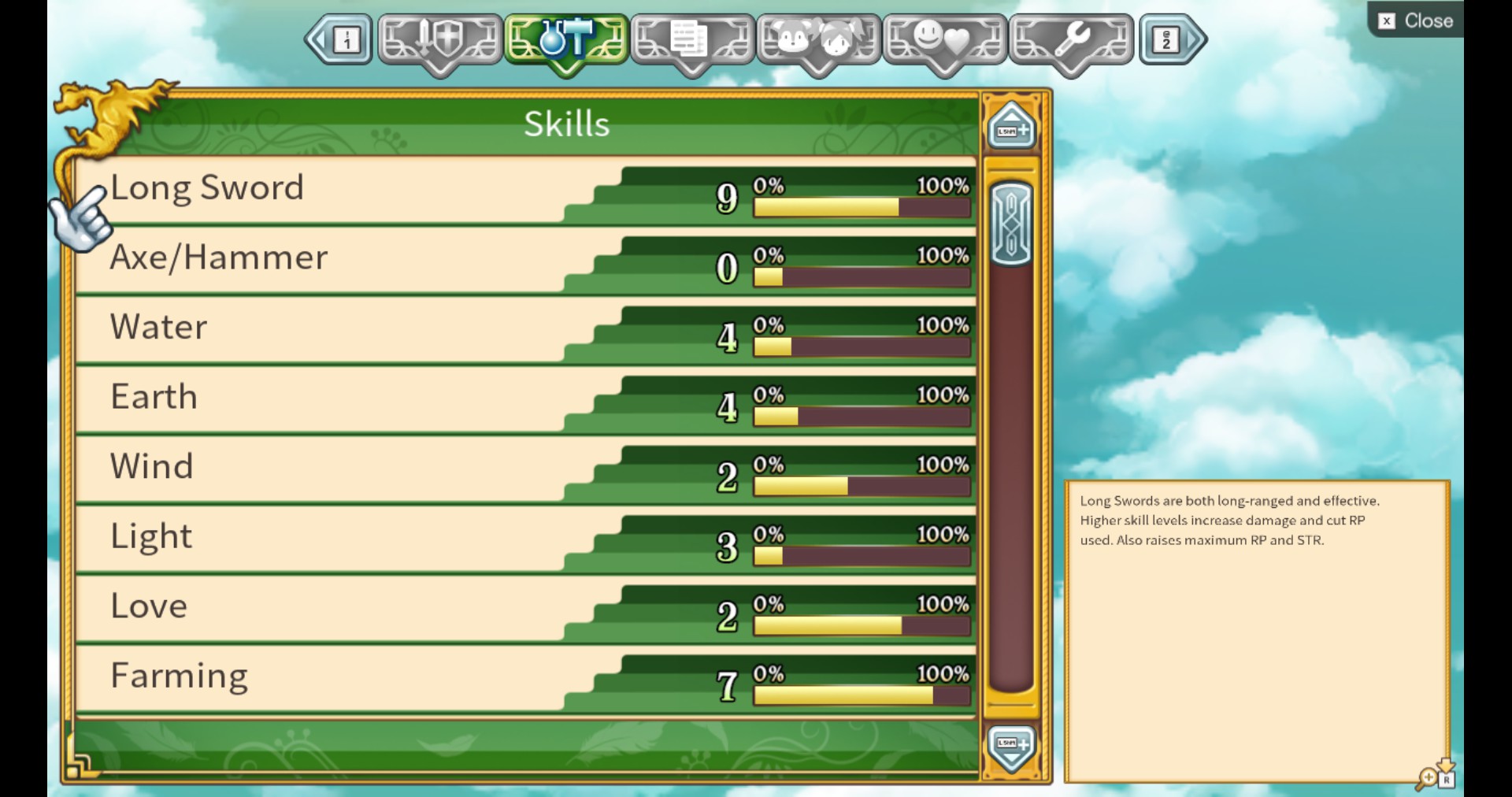 Along with farming, animal rearing, fishing, bathing, collecting items, and more, there are various creation-based options available as well. Cooking, forging, chemistry, and crafting are available, and most can be started at a basic level before you have to purchase a license to continue to level up. Warning: I knocked myself out the first time I cooked because my RP was low, and making just a few dishes found me face down on the floor of my room. It seems silly to be rescued from your own space to the clinic, but such was my reality, princess or not. Still, it’s important to do as much as you can, as there are various skills in game that can be leveled up, and then contribute to the player character’s overall level.

If you’re the sort of person that enjoys low stakes, slice of life gameplay, I definitely recommend Rune Factory 4 Special. This is the first Rune Factory game I’ve ever played, and I’m a bit disappointed I never got into the series sooner. With 5 on the horizon, this entry is a good way to dip your feet in, see what the series is about, and live an interesting day-to-day life with a colourful cast of characters.