A beautiful-looking puzzle game with relaxing music and time manipulations.

Editor’s Note: Timelie has just been released on Nintendo Switch!

Timelie is a puzzle game with time manipulation mechanics. You’ll be able to move your character and adjust it as you wish to reach the goal. It offers 46 levels with varying difficulty.

The use of lighting is apparent to make the game look more beautiful. Buildings are simple-looking at first sight with a difference in colors and gradients due to the lighting. The main character, on the other hand, looks weird because of her sharp and big-sized eyes. Luckily, the game will mostly be played in top-down view and there are only a few cutscenes when you have to see her face.

The game is a combination of several genres, mainly puzzle, stealth, and time manipulation. You need to avoid all robots at the level to reach the goal. Luckily, you are equipped with the ability to manipulate time as you will, enabling you to adjust your moves to precision without getting caught. A cat will also help you to distract the robots at some locations. The time manipulation interface reminds me of Youtube where there is a play button on the bottom left and additional buttons nearby.

It can be hard to learn how the mechanic works. There are barely any words in tutorials, forcing you to figure everything by yourself. Although the first few levels are easy enough to understand, I had trouble clearing some levels because I am not used to the mechanics. Take the cat’s meow skill for example. I didn’t know that his roar must reach the robot patrolling the area to lure them away. There were times when I was mad at the controls simply because I didn’t understand them well enough. 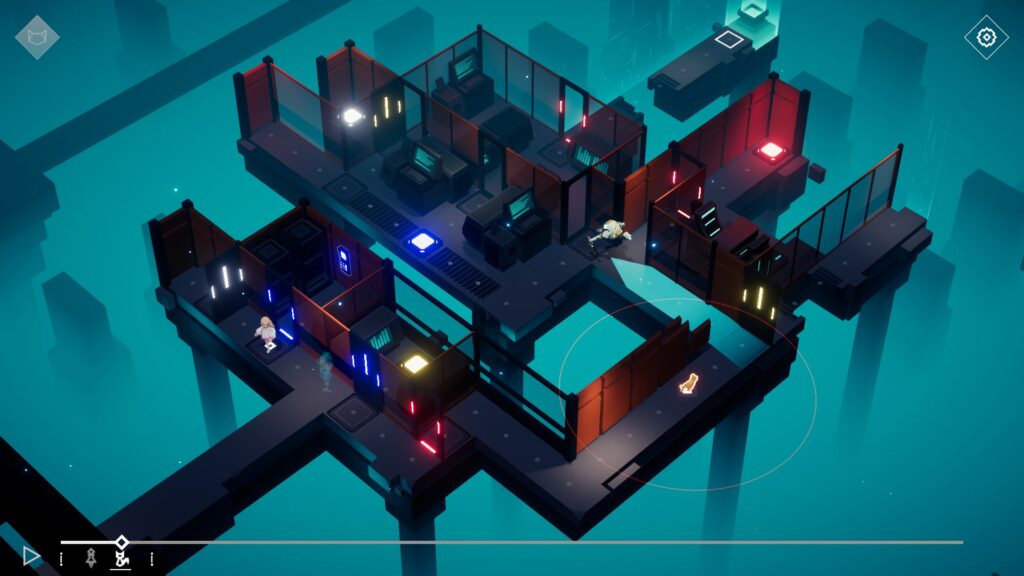 The game seems to be geared for keyboard and mouse instead of mouse-only. I didn’t try controller, simply because I figured that it will be easier to move the timeline with the mouse. However, some controls like switching the characters can be unresponsive sometimes. I was forced to use the keyboard just for that. Moreover, it’s easy to click the wrong spot when you are using your mouse. I couldn’t count how many times I clicked on the timeline, making me fast forward to a certain timestamp, instead of clicking on a spot for my character to move to.

I finished the game in 4.6h. The rest of my playtime was spent checking out the Hell Loop DLC, which I find to be hard to complete. The main game itself is on the medium-hard difficulty – you’ll have to think hard at some levels, but it’s not going to make you crazy about it.

The most difficult part of the game is to execute everything with precision. You’ll need to redo the same step over and over again because you are not fast enough, even if it’s just by a few seconds. For those who want more challenges, some levels have an additional challenge to clear with some limitations. It will make the levels harder although you’ll be rewarded with another cutscene at the end if you finish them all. These challenges aren’t particularly hard if you are patient enough to revisit your moves over and over again. 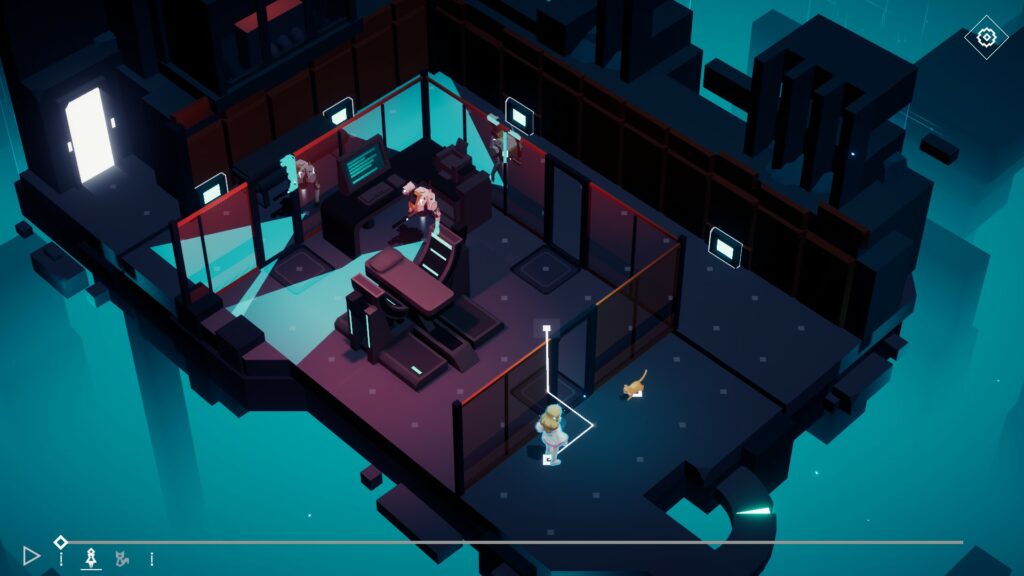 To be honest, I found the last few levels to be confusing and interesting at the same time. Some levels will be connected to the other, allowing you to finish a level faster or slower based on your attempt on the other level. I found it to be interesting, especially since it gives some insight into the non-existing story that the game has. However, it can be hard to guess which level the other level was referring to since the game never stated it. Moreover, switching levels can be time-consuming due to the slow loading screen and unskippable animation when you select a chapter.

Hardcore players might find the game to be too easy, but they can always entertain themselves with the Hell Loop DLC. To be honest, I only tried some levels, which is the reason why I didn’t make a review for the DLC, and I found them to be more difficult than the main levels. There’s hardly any room for mistakes in them – not only do you need to know how to solve the levels efficiently, but you also must execute them perfectly without any delay. I figured that I’ll just stress myself over it if I continue, so I decided to stop. 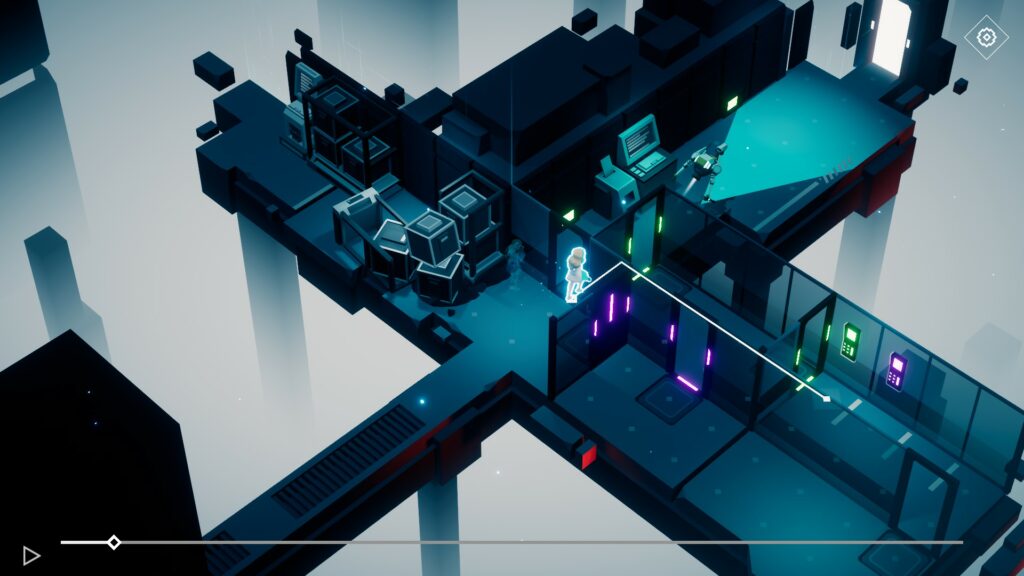 It might take some time to learn how Timelie works, but the mechanics are actually simple. Levels are made in the right difficulty for casual players while hardcore players can take on extra challenges from the free DLC. The beautiful visuals and relaxing music also help to make you focused on the game. If you are the theorizing type, the game has a bit of story in the form of cutscenes, but since there is barely any word in them, I hardly can understand them at all. One thing for sure though: the cutscene at the end is touching, even if you don’t understand anything. It’s nice to see that the game can give an emotional impact without a coherent story. All in all, I thoroughly enjoyed playing Timelie, and I suggest you to buy it if you like the genre.