The long awaited sequel to one of PC’s top party games.

The first Samurai Gunn has been my golden standard both for fun fighting party games and twitch action platformers: entirely skill-based but easy to learn, super fast-paced, and hugely satisfying. The only feature missing from that neat package was an online multiplayer mode, which sort of left this game to dust while new contenders like Duck Game stole the spotlight. Lo and behold, an aggressive sequel titled Samurai Gunn 2 finally arrived in Early Access, and it sports an online mode.

Simply adding a 1 versus 1 online multiplayer wouldn’t exactly justify a sequel’s existence, so Samurai Gunn 2 brings quite a lot of new modifications to the first title. Apart from the super stylish menu art, the most important one, which will also no doubt going to be a sticking point for some players, is the addition of new moves as well as gameplay differences between the fighters. 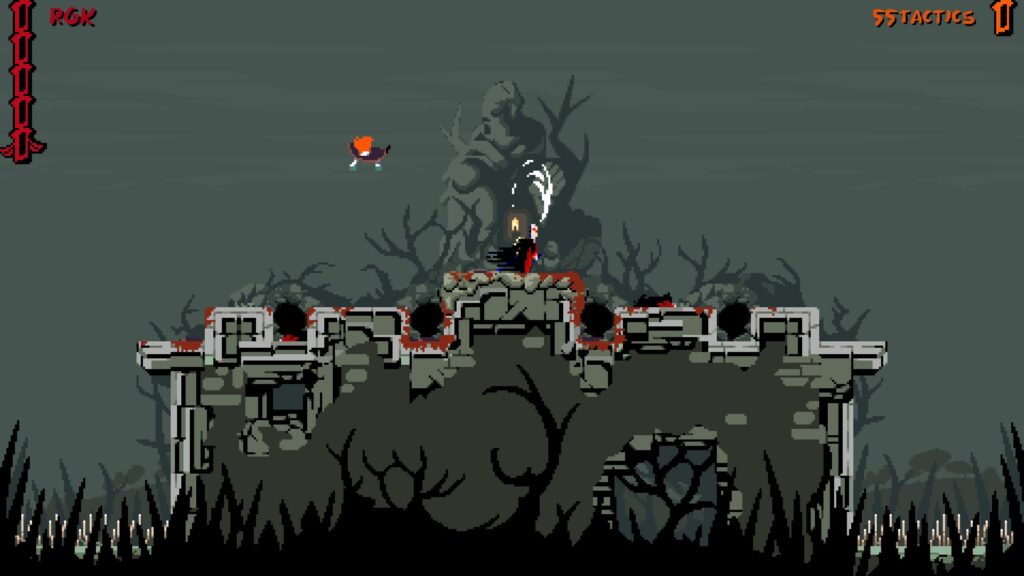 The base Samurai Gunn game mechanics come back: each warrior has a sword and 3 bullets, and bullets can be reflected. The jump feels a bit floaty, but the core stays the same. However, the sequel comes with a dash mechanic, and it costs one bullet to use the dash. Combine the dash and the regular gunshot to send a huge bullet that tears through the destructible environment. One character can double jump and get temporarily invisible upon dashing. Some characters have bullets that explode, leave flames on the spot, and so on. There are even guests from Minit and Spelunky. The latter is a character that is very gimmicky but inefficient in combat, as she throws bombs rather than fire guns, and she can use a rope. Ok, she also has a jetpack, but there is a dissonance between the reflex-based combat and some of the skills that require more careful planning and are very difficult to pull off at breakneck speed. You can see the full details of all moves and characters here. 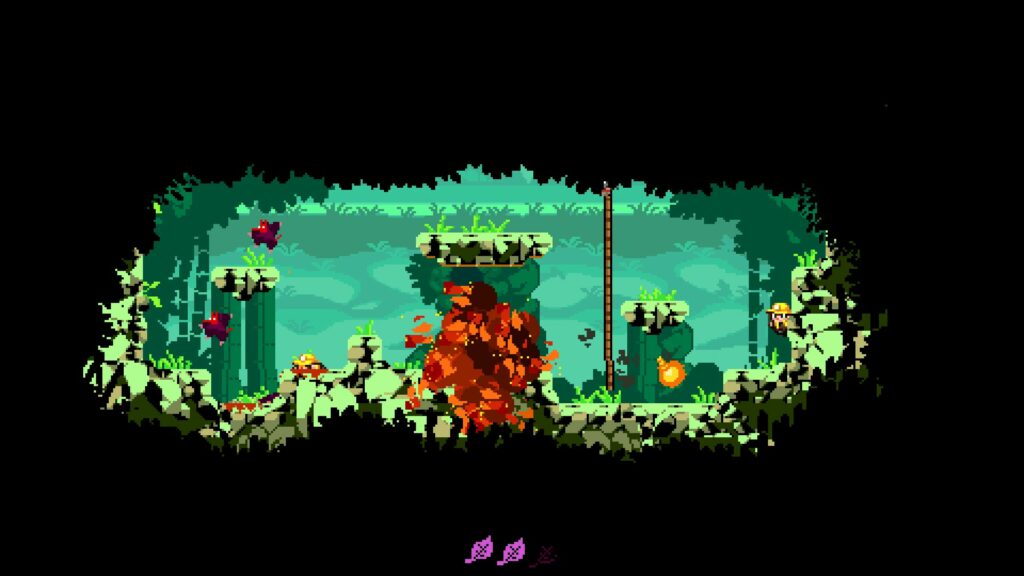 As a direct result of all these subtleties, unlike its predecessor, I definitely would not recommend Samurai Gunn 2 for 4-player parties. Beginners get slaughtered by experienced players, and the game is too fast and chaotic to learn its finer details on the spot. Now, this sequel leans more toward 1 versus 1 technical fighter games such as the Street Fighter series that also requires to use different button combinations for each combatant. Expert players will enjoy the learning curve, practicing with each character in turn and finding online adversaries. Overall, I picture this game more in tournaments than in parties. 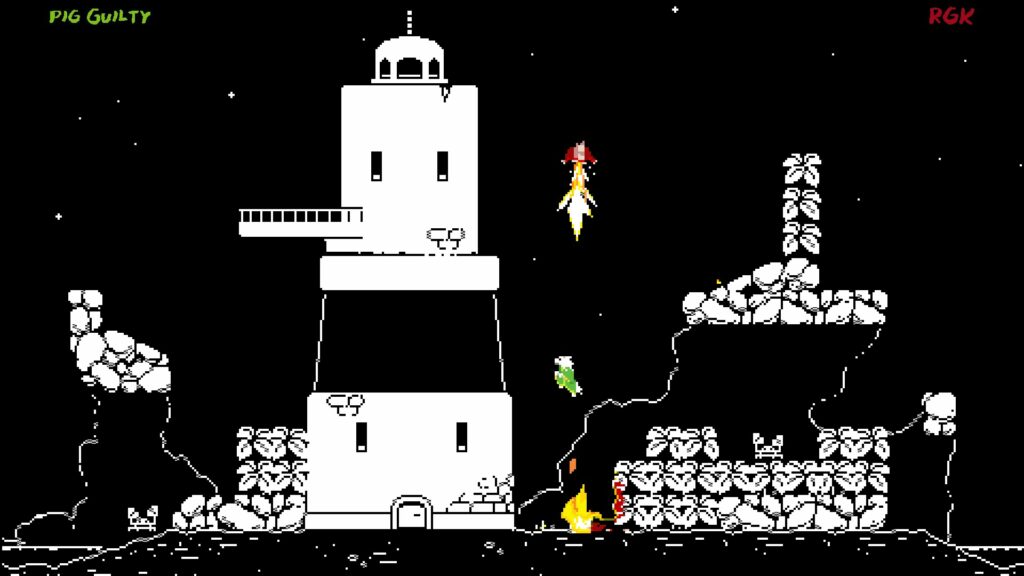 To add to my disappointment, for now, the Early Access doesn’t feature all the “fort” levels from the first game, with mechanical contraptions moving around. Instead, there are a few Spelunky levels that are horrendous because of all the traps and tight passageways, forcing players to restrain their fights to a limited safe space within the level. (Edit: the developer notified us that there is only one Spelunky level in the selection, but it is procedurally generated, which gave us the impression that there were more than one). There are not so many levels in the game, and these prompted us to open the menu frequently to switch levels! I played this game with a fellow fan of the original Samurai Gunn, and we were both not enthused by this sequel. 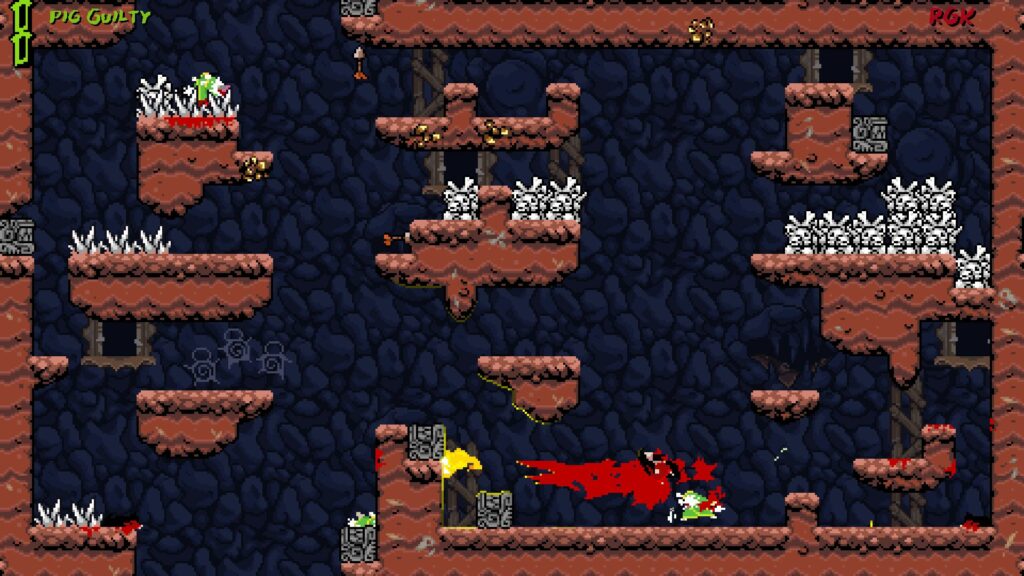 Although we did not like some of these changes, we still appreciated improvements in other areas. Keys are rebindable, and this time the controller’s triggers are recognized. The art is still minimalistic, but the overall effects were improved and in movement the deadly ballet is beautiful. Finally, there is an actual adventure that replaces the Survival mode: there is an overworld map from which to launch small levels tasking players to kill a bunch of monsters. Some of them add some welcome variety, for example, there is a boss fight against an aerial monster, and a bunch of levels that require to reflect back bullets against attackers in tight corridors. Finally, there is an in-game comic that takes place in an original universe with people consuming gunpowder inside an ever-growing vertical city. 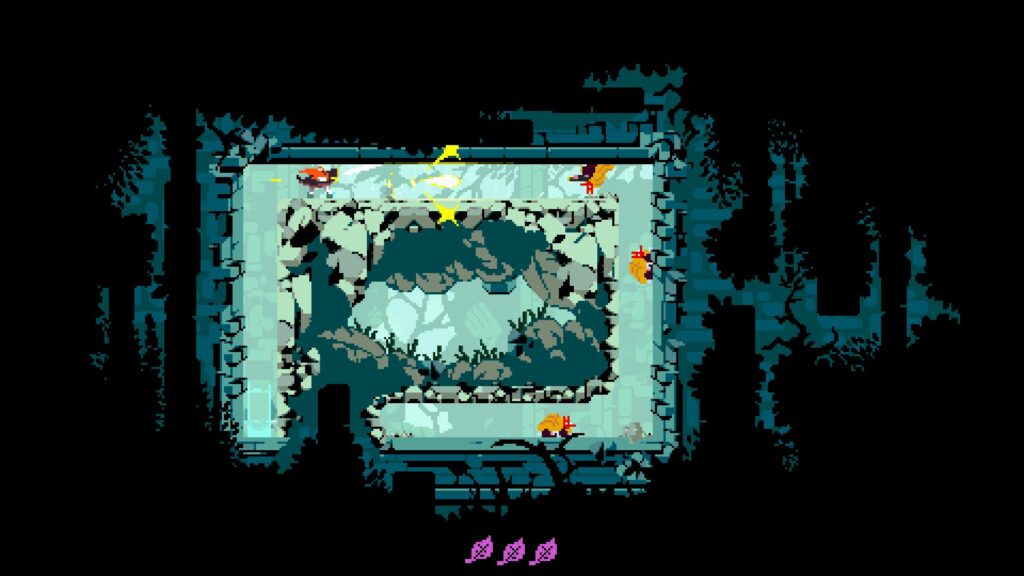 The adventure is so far only 25% of its intended content. We expect more multiplayer maps to drown out the Spelunky ones and bring back the moving forts. The online mode works quite well, but there is sometimes lag or desync. The only annoying bug I encountered is that the game only allows me to use the keyboard until I enable back the controller in the options, and then I have to rebind my buttons. Oh yeah, and the menu is accessed with START, while playing online with friends is done with SELECT; the button prompts are hidden in the top left corner and not obvious for those who have different pictograms on their controller. One thing that the game is currently lacking is a practice mode to get the hang of each character and their moveset; having all information separate from the product itself won’t do. 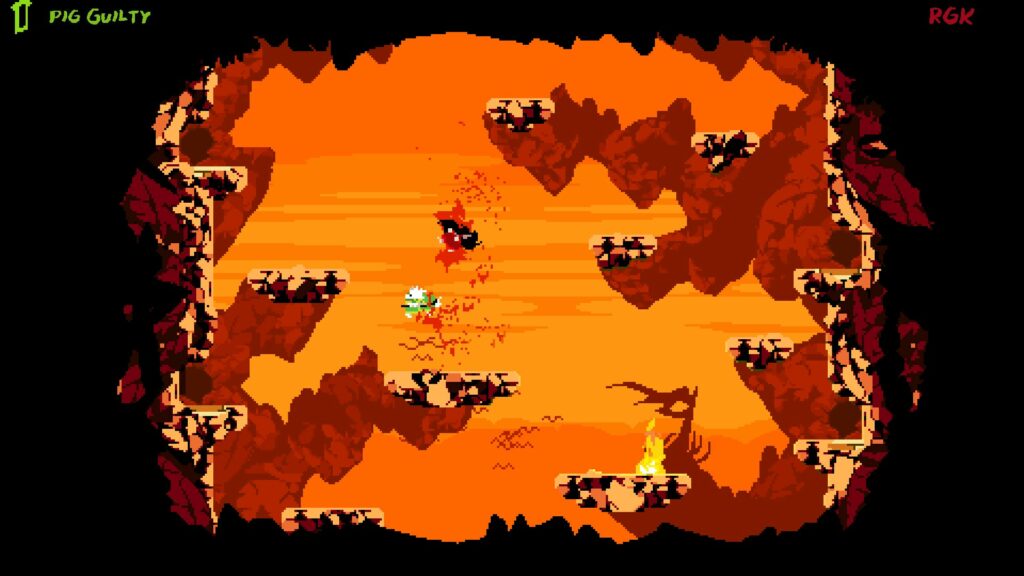 Samurai Gunn 2 has disappointed me a little, as it evolves into a more technical game geared for experts and less of a “pick up and play” party game for beginners. But I guess that for that purpose we can stick to the first game, and keep the sequel for those who enjoyed the feel of the original but now want to delve deeper into skill-based game mechanics. The online multiplayer is the fast-paced glorious slaughterfest that many have been waiting for! For those in-between, there is an adventure mode to hack and slash opponents who won’t insult you when they lose. Despite my misgivings, there is no doubt that it is a great game.