Yet another terrible survival FPS lacking in features and optimization, and most importantly it is not fun.

The game has had some drastic changes since this review was posted, be warned that some things have changed, and has not been added/edited into this review! ~Aythadis (April 18, 2019)

Full disclosure, the Dev gave me a copy through my
Steam Curator page, and I figured I’d cover the game, more less to say thanks for the game! I should have gotten around to this game sooner before it launched, but I had been busy with life things, and with that I’m glad I never paid $6 for this mess. All it takes is a quick look at the screenshots and the video, and you can already tell what to expect. So let’s get right into it!

The game says it is inspired by the ambush scene from The Patriot. Obviously, if you watched the movie you would know that this game is nothing like it. There is no “ambush” in here, only endless upon endless amounts of faceless redcoats in a tiny muggy swamp/forest area. You assume the role of Francis Marion, who is being hunted down in a swamp in South Carolina, though you honestly can’t tell where you even are as it just looks like a poorly made swamp. The story really doesn’t change/affect anything, as it tells you before you start the game in a simple black screen with white text. Armed with only a Double Flintlock Pistol, the objective is just to survive as long as possible and kill as many redcoats as you can with the end goal of getting a high score when you die. There is also supposedly a gold weapon and “secrets”, but I wasn’t able to get them or find anything. There is only one map, and it’s quite small and has invisible walls, so it doesn’t offer much in terms of map design. If you drop the graphics to low you can actually see the edge of the map and see the enemies spawn in. 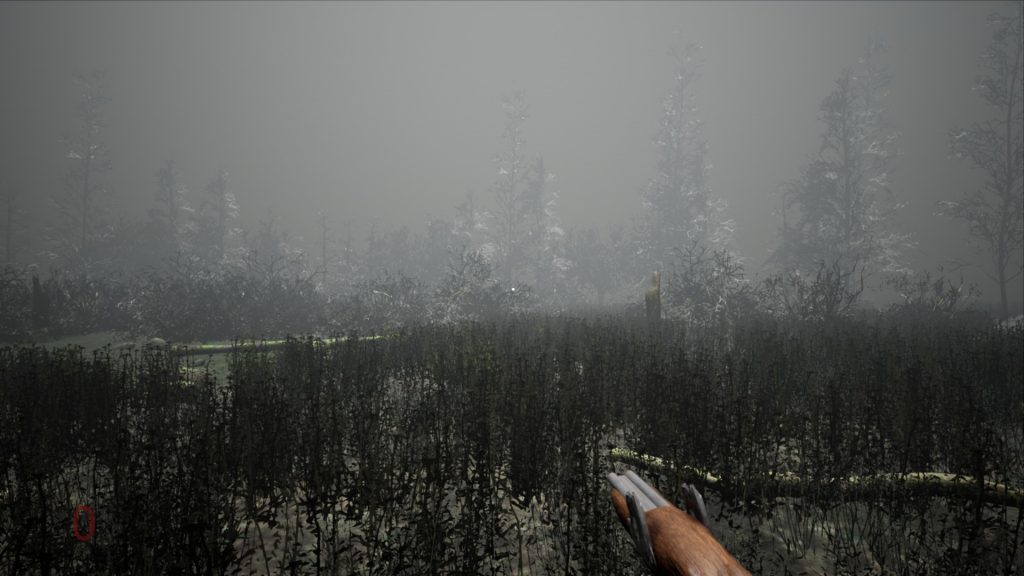 This game runs like ass. The game ran at 10-15FPS pretty much the entire time, even with playing around with the extremely limited graphical options. Even lowering to the lowest settings the game could barely keep up to 15 FPS, and looked even worse! There is even some terrible motion blur that you can’t disable. This motion blur also causes some wonky mouse drifting which causes inaccurate aiming. Combine that with the terrible framerate, trying to hit anything was almost impossible! The redcoats also have some god awful animations, and even more dodgy hitboxes. The redcoats also don’t give off any sounds, only when they shoot and die, so they will easily walk up behind you and kill you without you even knowing. Expect a lot of cheap deaths like this. They just mindlessly walk out from the trees and creep closer to you and try to shoot you. They don’t have any melee attacks, they will only try to shoot you. On top of that, when a redcoat shoots, their bullet is the size of a cannonball! If they are a fair distance away, you can dodge most shots unless you are too close then it’s instant death. 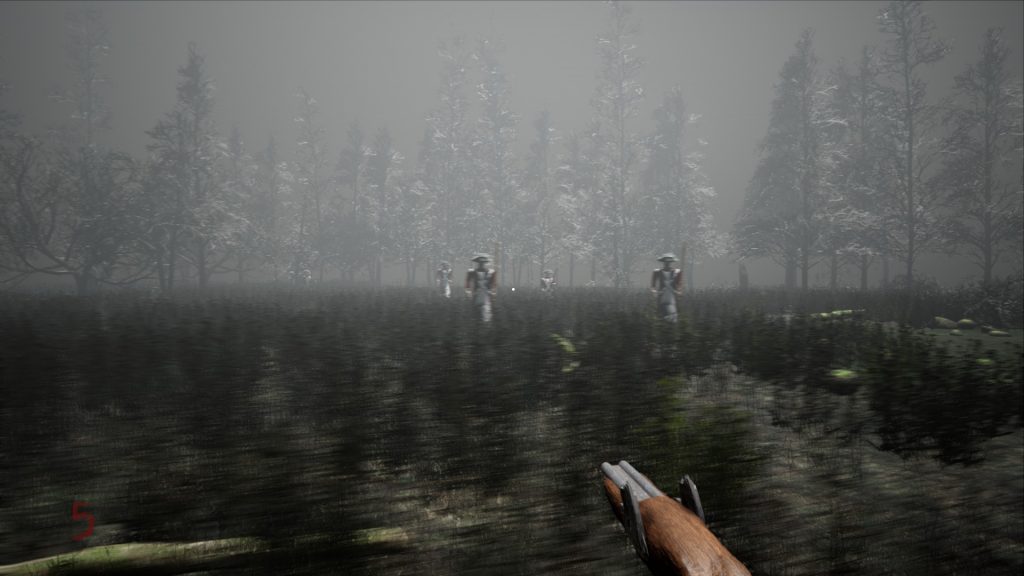 You only get one weapon, a double flintlock pistol. After your two shots it reloads, which also doesn’t have much of an animation it just lowers out of view, and doesn’t have any sound. Also being old flintlocks and muskets, they don’t give off any smoke after being shot which is a huge disappointment! They also only take a couple seconds to reload, which I mean if they were to make it realistic might not be too fun and make the game even harder, but even then they could balance the game better to incorporate it better. With all the flaws, I was only able to get a high score of 11 redcoats, and I have no ambition to try and do better. The game is just not fun to play. 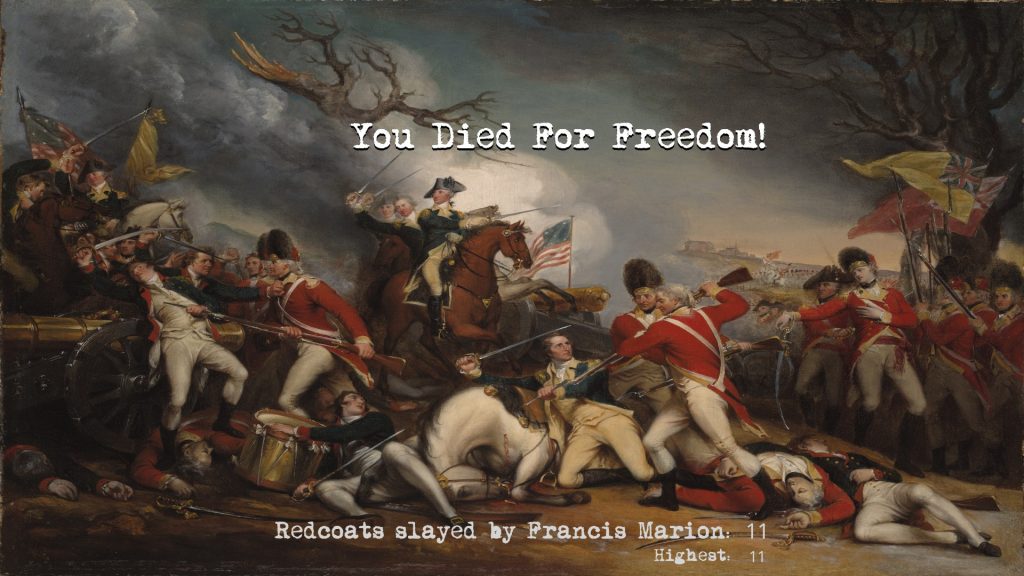 For $6? Oh god no! This game isn’t even worth $1. Do not buy this, it’s not worth it. The game just isn’t fun. It would require a massive amount of work before I’d even recommend it. The Dev has made other games based on the same era and are rated better. If you are interested into strategy/board games, maybe look into the Devs other games, but this one is a hard pass!