For the umpteenth time, my love isn’t a joke Dylas.

Rune Factory 4 Special opens up with you traveling to Selphia via airship to deliver a special package to a their god. However, your ship is invaded by soldiers that are determined to take the package for themselves. During the scuffle, you’re hit on the head and develop amnesia. The soldiers, believing that you’re just pulling their leg, kicks you off the airship to your certain doom. Or it would have been if you didn’t fall on Ventuswill, Selphia’s Native Dragon. You’re mistaken for being a Prince/Princess that was planning to visit around the same time and you’re saddled with the responsibilities that comes with it. Throughout the three story arcs, you’ll set out to help everyone in Selphia and hopefully recover your memories (or at least figure out why you were heading out here in the first place). 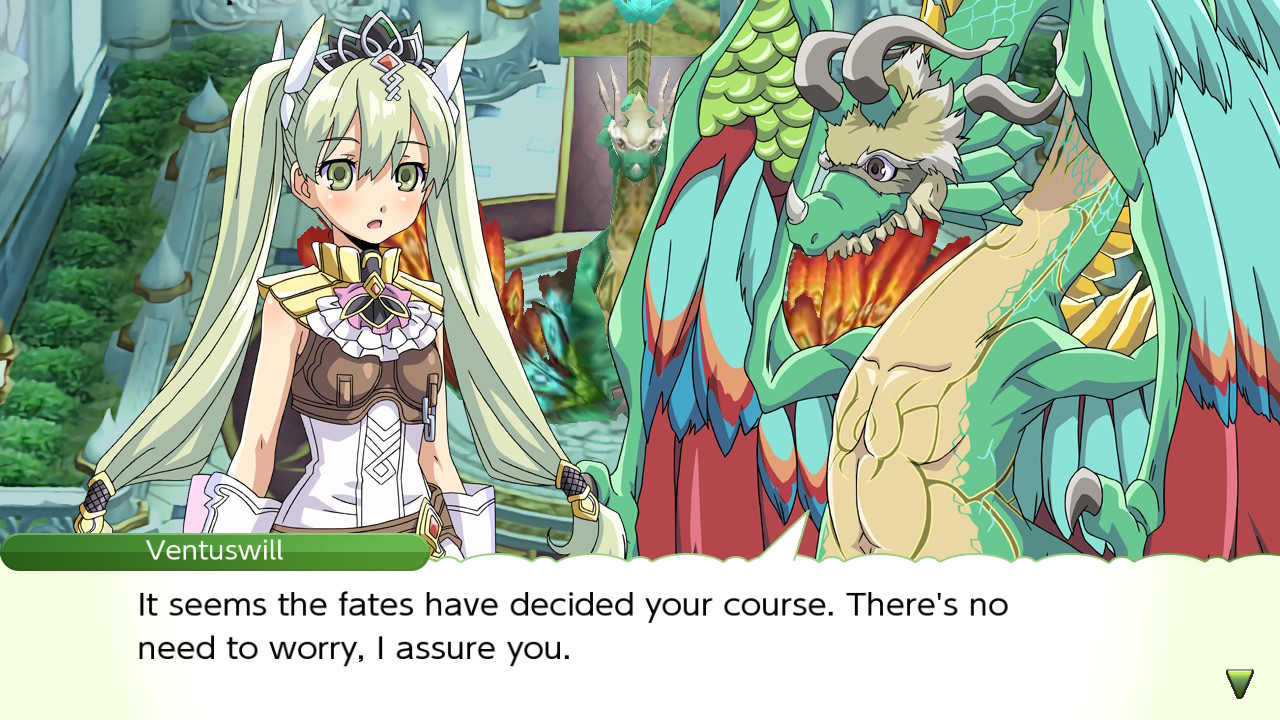 Rune Factory 4 Special has a lot that you can do and can be pretty overwhelming when you’re just starting out despite being guided through the basics. One of the main things you’ll be doing is tending to your farm. You’ll just start out planting flowers and crops so you can sell them for some income, but it’ll quickly blossom as you get further in. There is a surprisingly detailed soil system here that the game doesn’t necessarily tell you and you can take full advantage of. Like you can grow higher levelled crops (in some cases, you should to get more seeds) and even giant crops. Each 2×2 square has their own stats, which you can view with a magnifying glass, that effects your crops or how well they’re going to stand against a typhoon. You can just farm however you want, but there are penalties if certain stats fall too low. Likewise, if certain stats are higher than normal (which you can achieve with modifiers you can buy/make) you’ll get a boost in that area like having a high growth stat will make your crops grow faster. 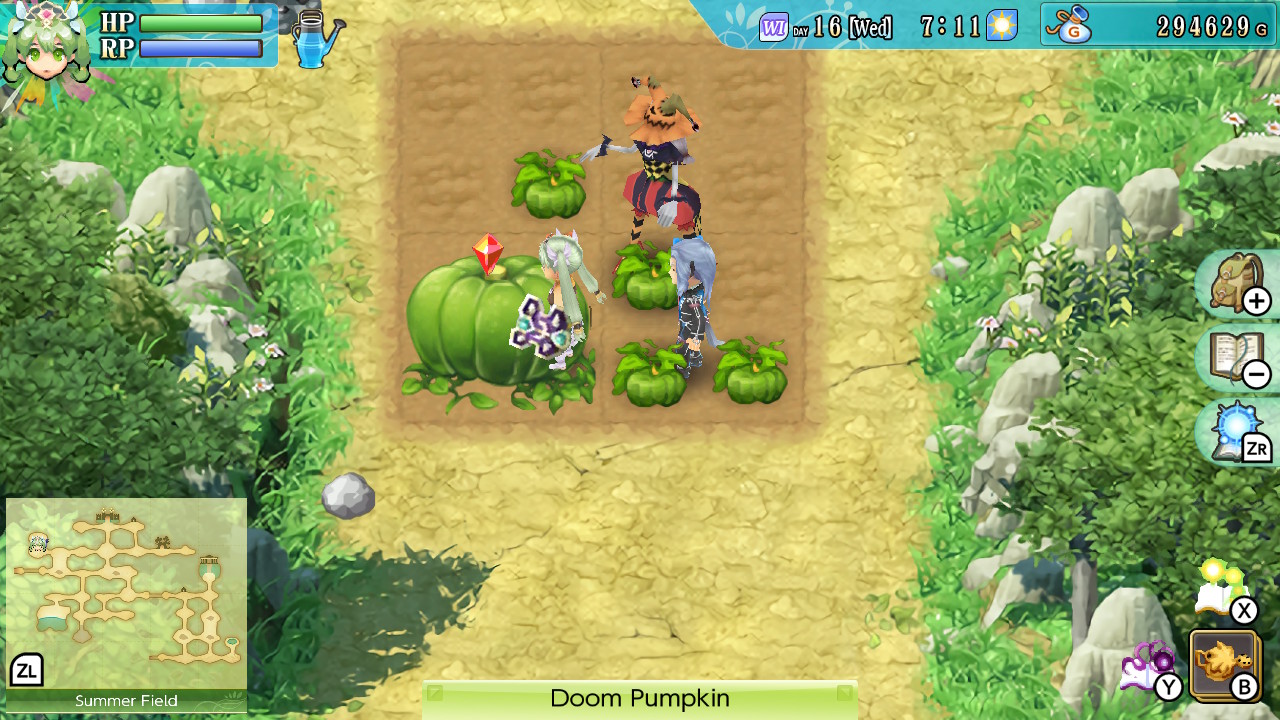 You also have some responsibilities as a Prince/Princess as you’ll effectively be running the town to attract more tourists. You’ll do this through Order where you can organize festivals, develop shops, expand your farm, or gain licenses. To perform these orders, though, you’ll need Prince/Princess Points that you can gain from talking to residents, defeating monsters and bosses, completing requests from Eliza (which will net you a reward like more stuff for shops), and shipping items.

Going on this, you’ll also form friendships with the residents of Selphia that are all lovable in their own way. It may not seem important at first, but building up your friendship with everyone is important in one way or another. For one, you can add them to your party to get some more help when fighting monsters (though you’ll have to keep them equipped with good weapons/armor) at level three. You can also date and marry any of the six bachelors or six bachelorettes once your friendship is high enough. You can achieve this by just talking to them every day, taking them to dungeons, or gifting them items that they love. In addition, there are also town events that will happen every once in a while so you can get to know them more.

That’s not all as you can make a variety of other miscellaneous things you can do. You can take up fishing so you can bring in some more income while your crops are still growing. Once you get the needed licenses, you can buy work stations so you can make food, make your own equipment, and mix your own medicine without relying on chest drops or having enough money. Though you’ll need to gain the recipes needed to craft higher levelled items and this is based on your level in that particular skill. It’s generally a good idea to level these up either a little bit each day or spend a couple of days grinding them out. Cooking food lets you get recipes for food that will recover more HP/RP and make food that are character favorites. While levelling up your forging/crafting skill will let you craft higher level items than you can buy and cheaper than what shops will sell them at. Not to mention that you can upgrade your equipment (which is a whole other complicated aspect here). Levelling up forging will also let you craft better farming tools. You can probably get through the game relying on chest drops or buying equipment from shops, but you’ll most likely struggle more. 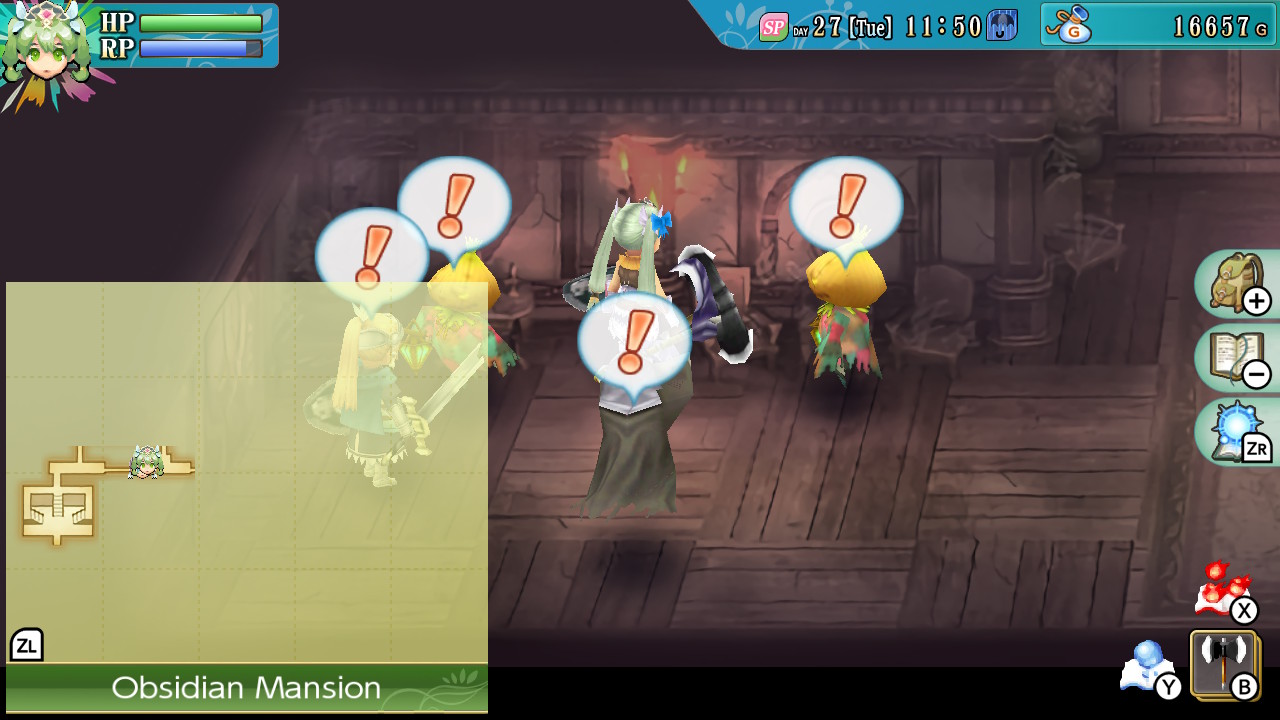 Once you’re done tending to your farm, fishing, hanging out with Selphia’s residents, and just generally making your own stuff, there’s a whole world out there for you to explore. Though, monsters are roaming around and will attack you given the chance so make sure you have a weapon and good equipment. Combat is simple and easy as you just slash away at a monster with the occasional use of an ability. Most areas are locked off until you get to that point in the story and hosts a boss for you to fight at the end. You can tame monsters and even bosses if you have enough room in a barn and enough items that they like. Taming monsters will give you a steady supply of material (like eggs from a chicken monster), added to your party to fight alongside you and in some cases ride them, or you can give them farm chores once your friendship with them is high enough. 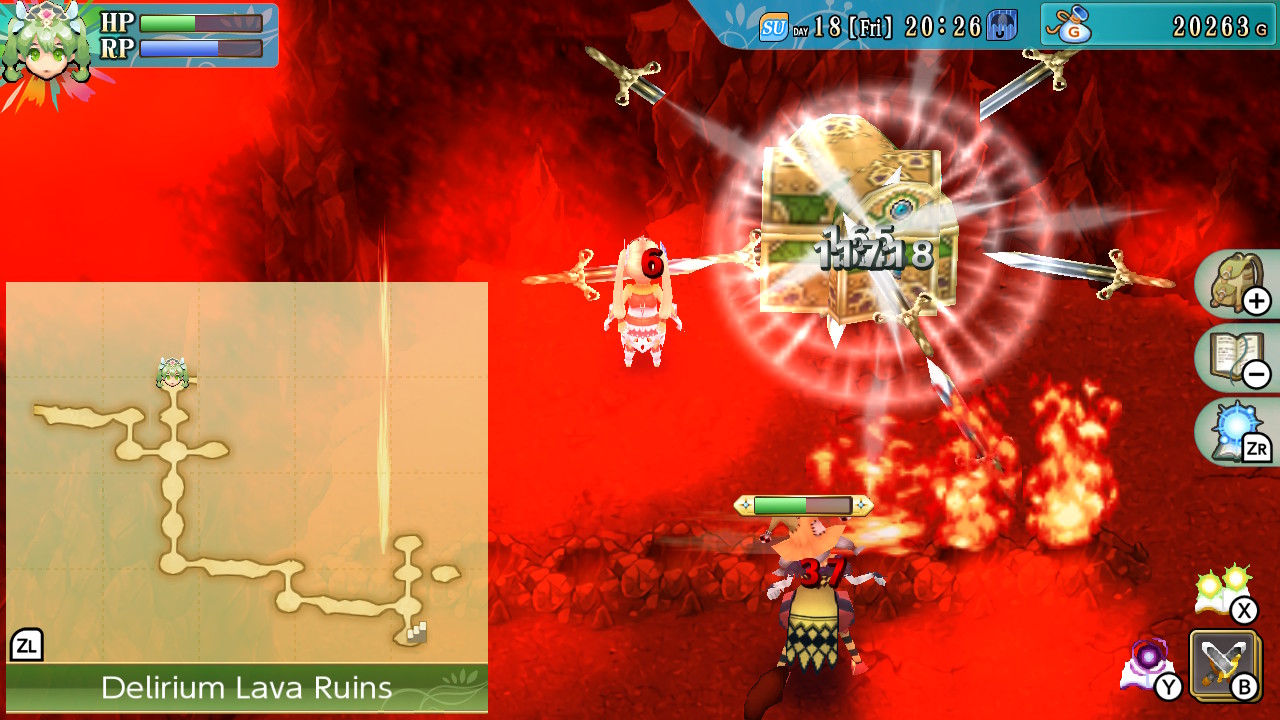 It’s worth mentioning that there is no time limit set on when you need to complete town events or each story arc. The only time constraint you have is the in-game clock. If you feel like you’re putting too much focus on something like farming rather than progressing through the story it’s completely fine. As long as you’re doing something, you’ll progress in some way whether it’ll be getting further in the story, increasing your skills, or improving your relationships with others.

As I did not play the original Rune Factory 4, I can’t really say what specifically was changed other than what I’ve read about the original game through browsing forums. From what I can gather, there were not that many changes. The graphics got an upgrade and everything had to obviously be rearranged as the Switch only has one screen rather than two. For the most part, I’d say the layout is pretty good with only the map being a bit awkward. In handheld mode I didn’t have much trouble reading anything but did struggle when I had it docked. Last, but not least, is one change that was definitely needed. One universal complaint I heard was towards the RNG related to unlocking Arc 3. Good news, unlocking Arc 3 is much easier in Special. If you didn’t already know, the RNG for Arc 3 was brutal in the original and could take months or years to actually get the needed event (Memories) to trigger. Thankfully, that’s not the case anymore. In Special, after you do the requirements needed to put Memories in your event list, it’s prioritized. Your next event is mostly guaranteed to be Memories. I do recommend making sure you have no town events currently active though. In my playthrough, I had an active event when I met the requirements and was at the end of the year (assuming festivals block town events) and Memories was pushed back once. 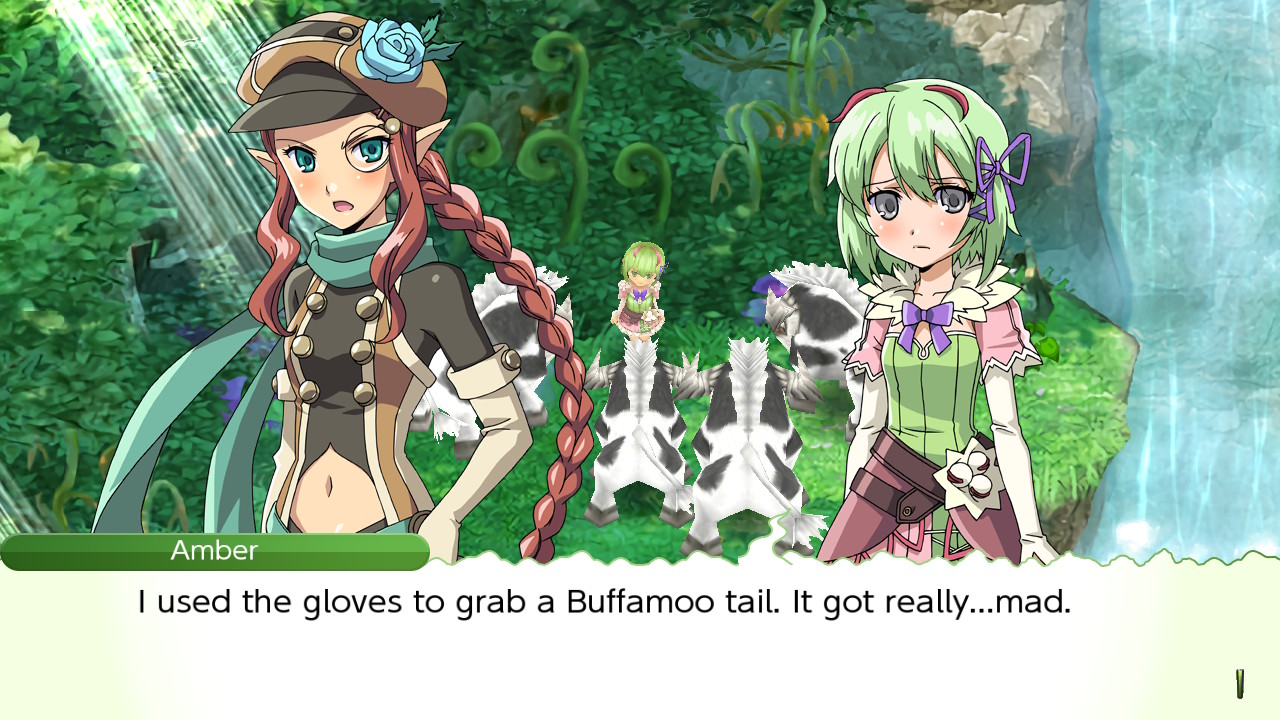 In terms of what was added, it’s also not as much as many would hope. A new difficulty mode called Hell was added for anyone that wants a challenge. There are also two new modes called Newlywed and Another Episode. After you marry someone, you can go to Newlywed Mode for a side story featuring partial voice acting and moving sprites. Another Episode requires you to purchase DLC and is basically a voice drama a couple years after you marry that character. The one for Ventuswill is free, but she was not actually added as a marriage candidate. The Newlywed scenes seem to be around 30-50 minutes long each while scenes in Another Episode are 4-6 minutes long.

Also, I have to say that I was absolutely surprised that Rune Factory 4 Special had touch controls. Considering that barely any series that had titles on the DS didn’t bother utilizing the touch screen (Animal Crossing New Horizons and Pokemon SwSh being the biggest offenders), I wasn’t expecting Rune Factory 4 Special to be any different. Much to my surprise, you can advance text, click the quick buttons, and navigate the menus using your touch screen. 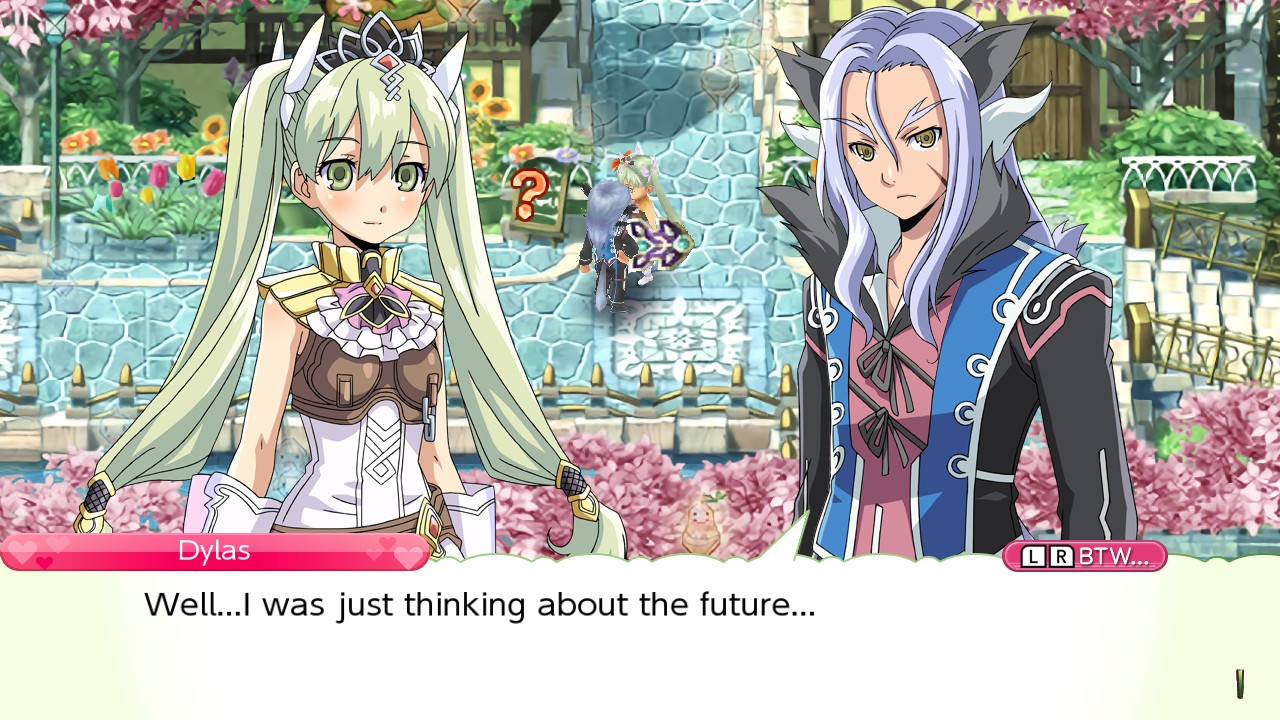 Rune Factory 4 Special was my first Rune Factory game, as well as technically being my first Harvest Moon/Story of Seasons game, and I was pretty much sucked in as I played hours at a time without realizing that it’s three in the morning. I can totally see why a lot of people love the Rune Factory series. If you enjoy farming sims and rpg adventures and always wanted a title that mixes both together, then Rune Factory 4 Special will be a great game to pour hundreds of hours into.

For those that already own the 3DS version, I’m not too sure it would be worth double-dipping considering how little was changed and added. Special does seem to be targeted more towards bringing in newcomers who have yet to play the series, which makes sense considering that Rune Factory 5 is in development. Though, Marvelous did announce that Rune Factory 5 players will receive some kind of special bonus if they have Rune Factory 4 Special save data on their system.