10tons are churning out top-down shooters, and they are consistently worth it!

I just reviewed Time Recoil and now JYDGE lands on my computer. Another top-down shooter, so quickly? What is going on at 10tons, do they randomly generate their games? Did they travel to the future and steal a collection of the finest top-down shooters? Well, if they can keep making games with that level of quality I am not going to question their methods.

Let’s have a look at their latest offering, JYDGE!

JYDGE is pronounced Judge, as in Judge Dredd while trying not to get too close to a copyright infringement. The universe the game is set in is from Neon Chrome (from the same developers), but you do not need to know anything about Neon Chrome to enjoy JYDGE. Furthermore, Neon Chrome was a roguelite while JYDGE has hand-crafted levels and missions. 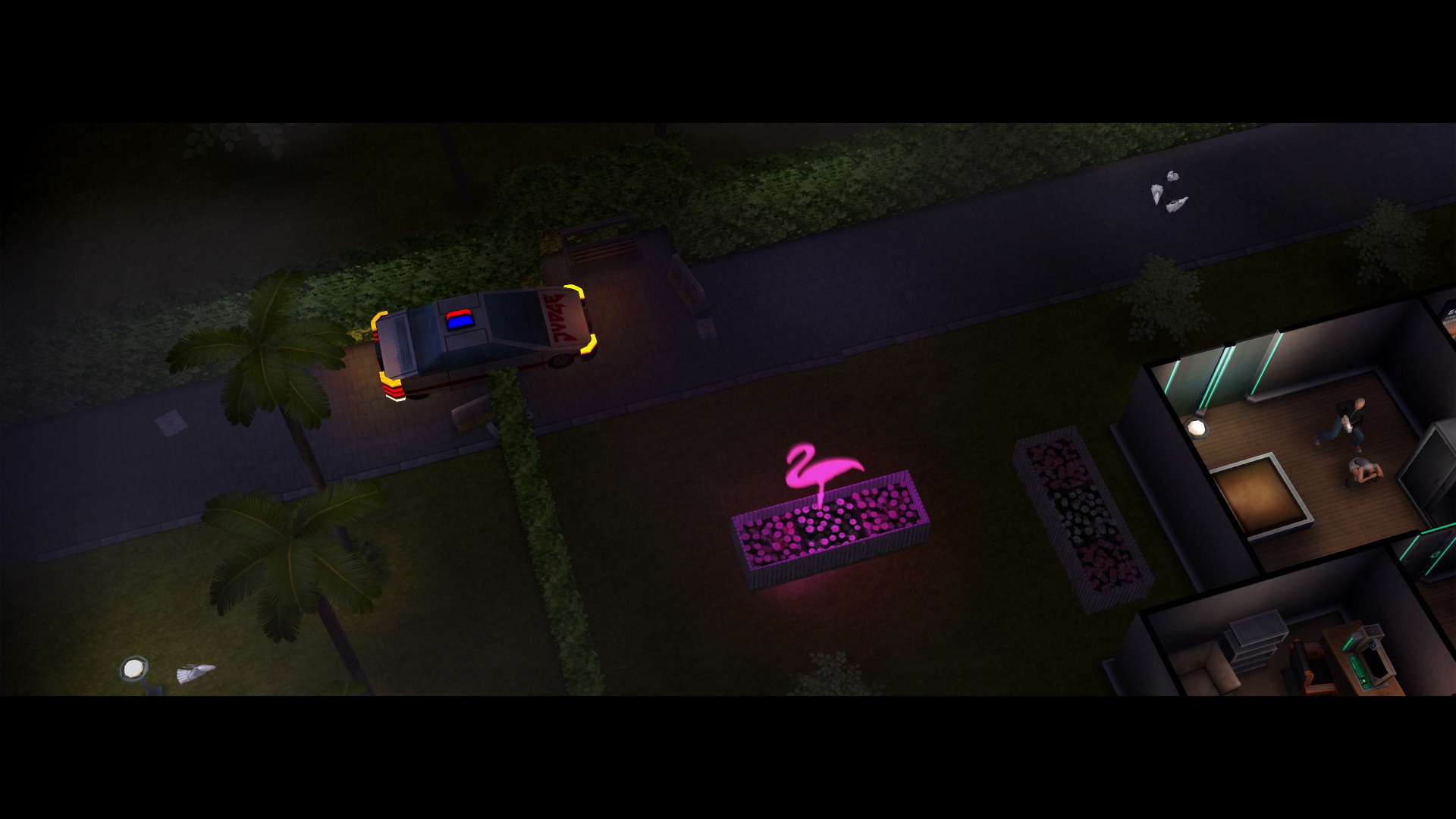 Who is under the helmet?

I will start by mentioning the story, since I know that a lot of players get into games mainly for the story. Well, if you belong in that category, JYDGE is not for you. There are a few cutscenes which mention that the Jydge program has been started and Judges have been deployed to fight crime, and that’s about it. I was also not very impressed with the main character, the gun has a weird protuberance at the end, and the voice sounds like a text-to-speech synthetic voice. What a disappointing lack of charisma! I hope that at least the voice will be improved before release and there will be some one-liners. The missions are independent from each other, more in line with the daily life of future cops fighting crime. Most of the criminals are punks with green hair, I like to think that they are actually Lemmings. 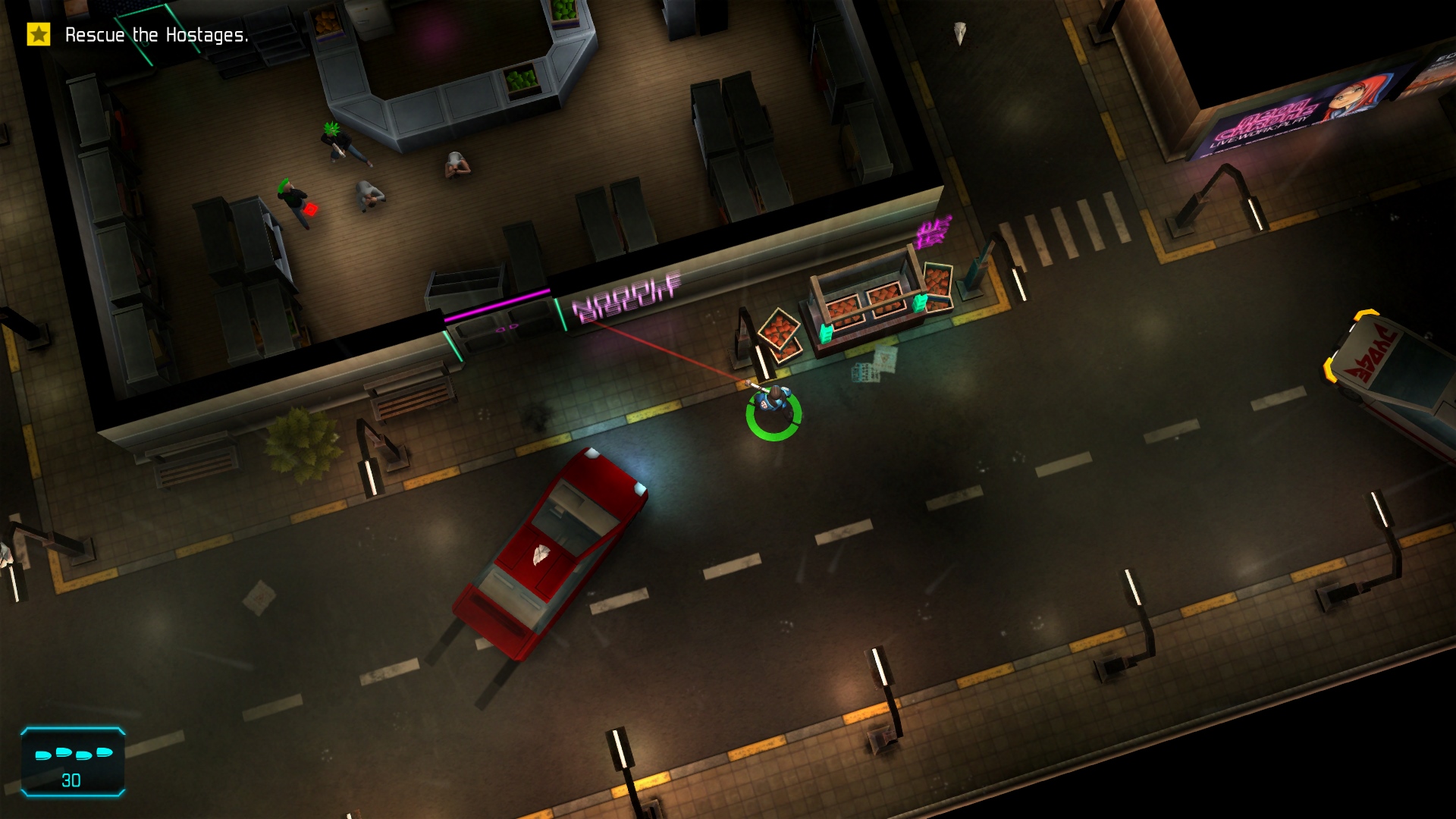 The core of the game is to perfect the missions. There are about 18 of them, at least in the preview version. While that number might not seem too high, do not expect to get through them easily. Unlocking new missions often requires to get 3 “stars/medals” on the previous ones, and to access the latest levels you might even need to get precious medals on the revisited levels: the hardcore version. The levels are also conceived in a way that your first run-through is mostly exploration, with loot to find and locked doors to unlock for your next try. To obtain medals, there are different objectives such as finishing the mission without getting hit, rescuing the hostages in less than 30 seconds and so on. Pffft, easy. After 3 tries. Or 10. The difficulty can be brutal, and hardcore players obsessed with playing a short level over and over to find the most optimal way to succeed will be in heaven. 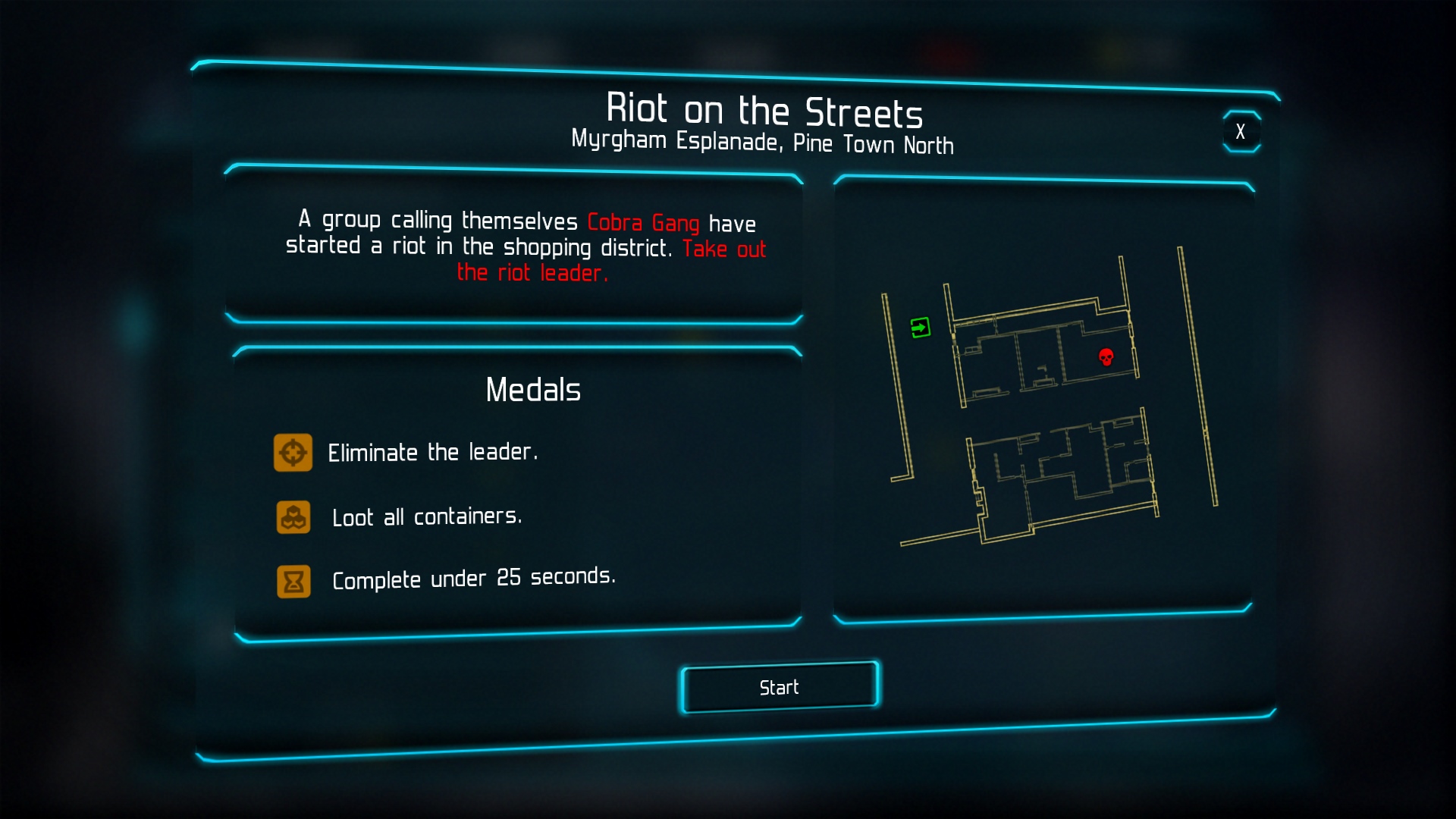 Architecture of the future

While one of my complaints about Time Recoil was that all the buildings looked the same and not actual places in which people live, JYDGE does the opposite with a wide variety of places each with their own little details that make them stand out, from a residential home to a butcher shop. With all the futuristic elements and neon lights, it’s very pretty and colorful! That part of the game does feel like Judge Dredd. There are not so many high rise buildings though, a lot of the action takes place on ground level. The level design itself is very good, balanced between side entrances/routes and chokepoints, windows for epic gunfights and destroyable walls. 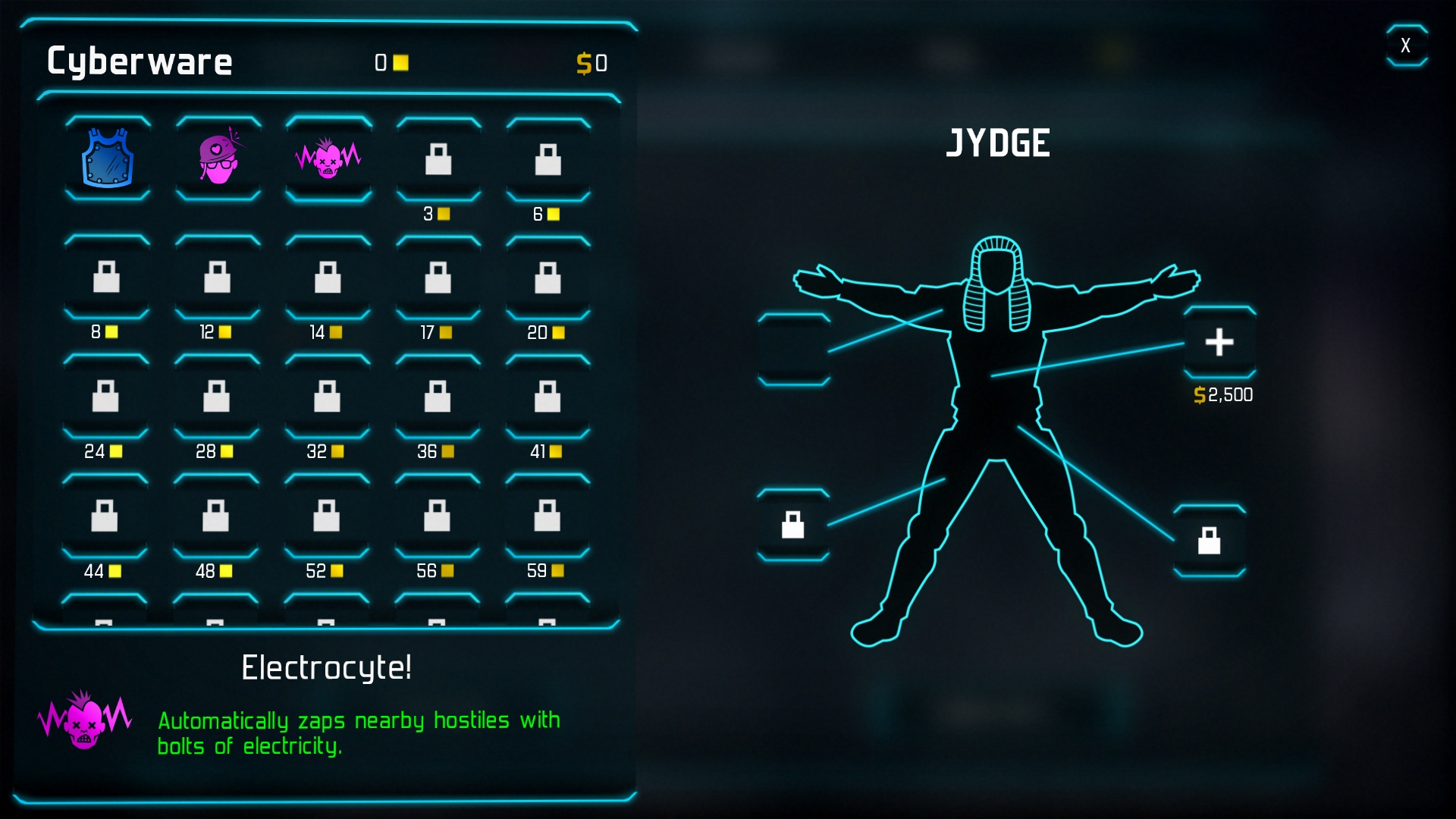 The tools for destruction are gradually unlocked as the player progresses through the levels, and there is a wide variety of possibilities. Shotguns, snipers, plasma rifles, rocket launchers, and so much more. Then there are incremental upgrades to these weapons, but I find that wholly unnecessary as it might force the player to limit their choice. Additionally, there are cybernetic enhancements to equip that completely change the playstyle. Hacking and stealth, or strong resistance, or glass canon, or gadgets such as a drone or a proximity taser. There is also a faster movement speed, but I would rather have had the base speed be this one. Switching gears before a mission can be very important according to the objective that the player is currently trying to accomplish. 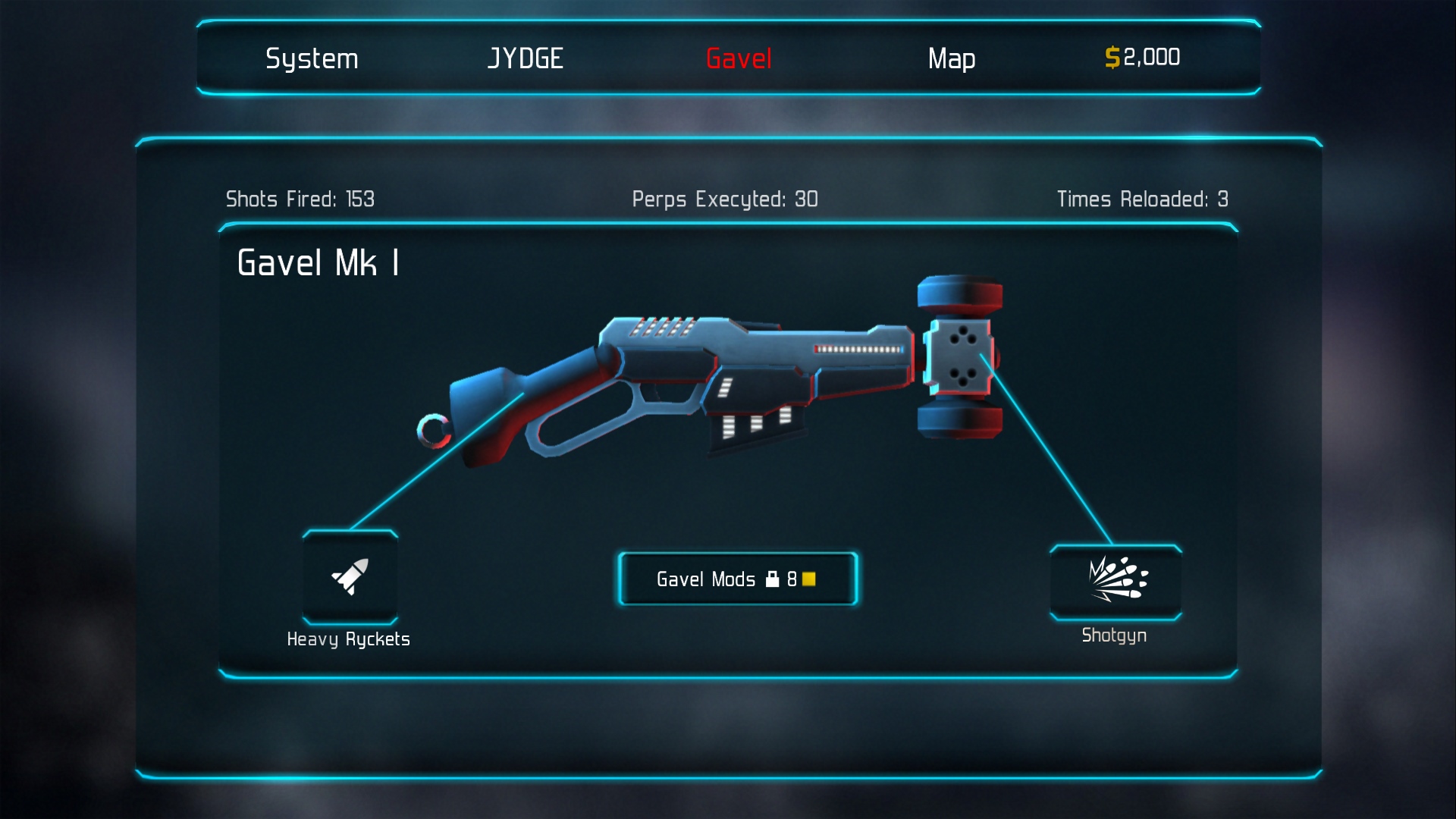 The game mechanics are all very smooth, the music is nice, the options menu has no glaring omission. despite the game being in beta I did not encounter a single bug and the game ran like a charm. 10tons have outdone themselves here, this might be their best game so far. 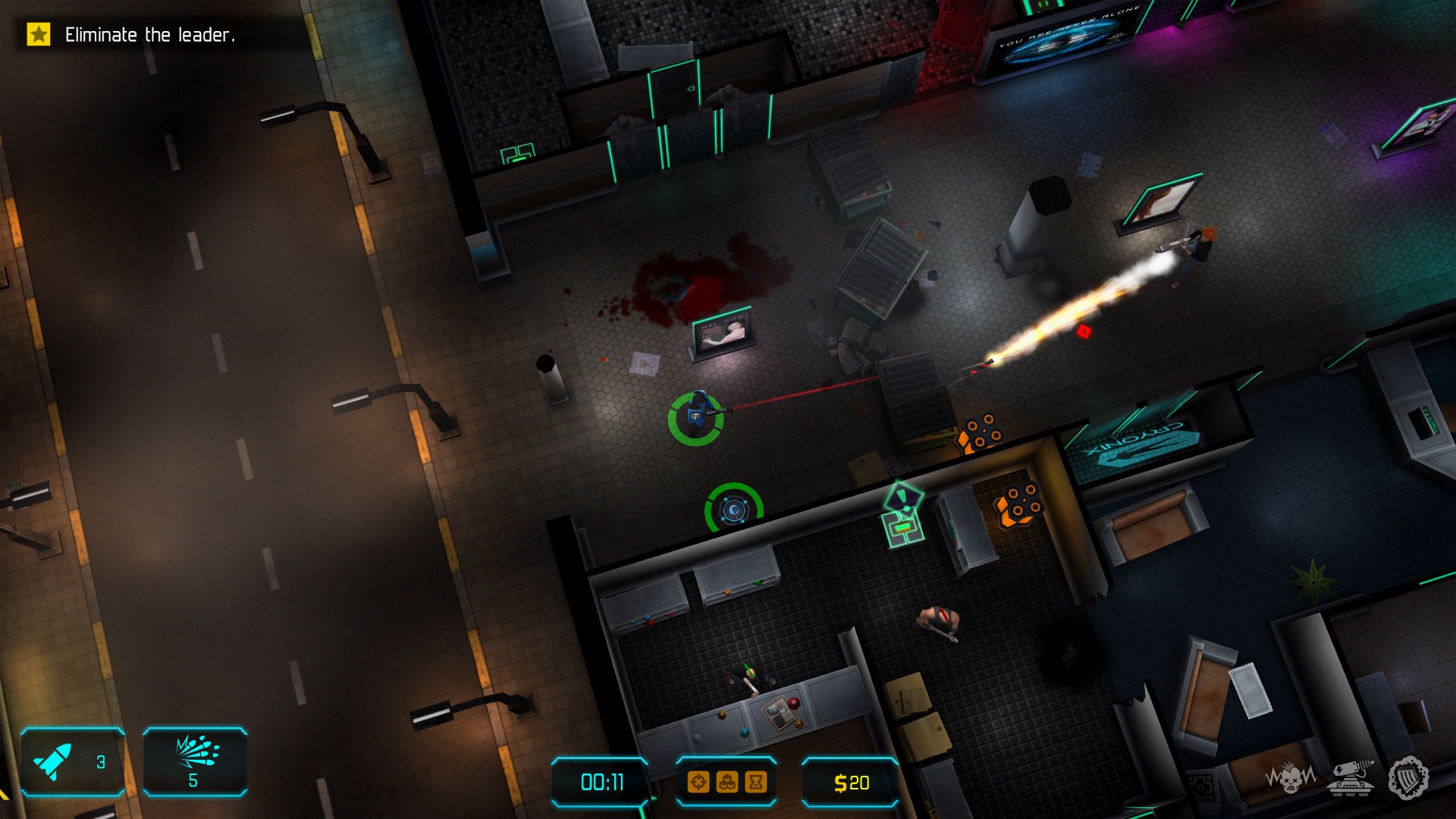 JYDGE is a treat for those that enjoy both a challenge and pursuing multiple ways to approach and complete a mission. There are so many options to customize our Judge, it’s hard not to have a great time dispensing some lawful violence in those well-designed levels. Be a good citizen and get this game when it’s released!