REVIEW: The Darkside Detective: A Fumble in the Dark
Add comment
Share:TwitterFacebookRedditPinterestWhatsAppEmail

REVIEW: The Darkside Detective: A Fumble in the Dark

Detective McQueen and Officer Dooley are back for more adventures involving the paranormal.

‘The Darkside Detective: A Fumble in the Dark’ is a sequel to the first game about Detective McQueen and his quirky sidekick Officer Dooley, both of whom were working in the Darkside department of the police force to investigate paranormal phenomena. In this instalment, we have 6 new cases (with 1 locked, perhaps for later) that follow the two protagonists and the events they find themselves in. As before, the story and world are extremely light-hearted and don’t take themselves seriously. Expect goofy humour, references to the real world, and seemingly random plot ideas. 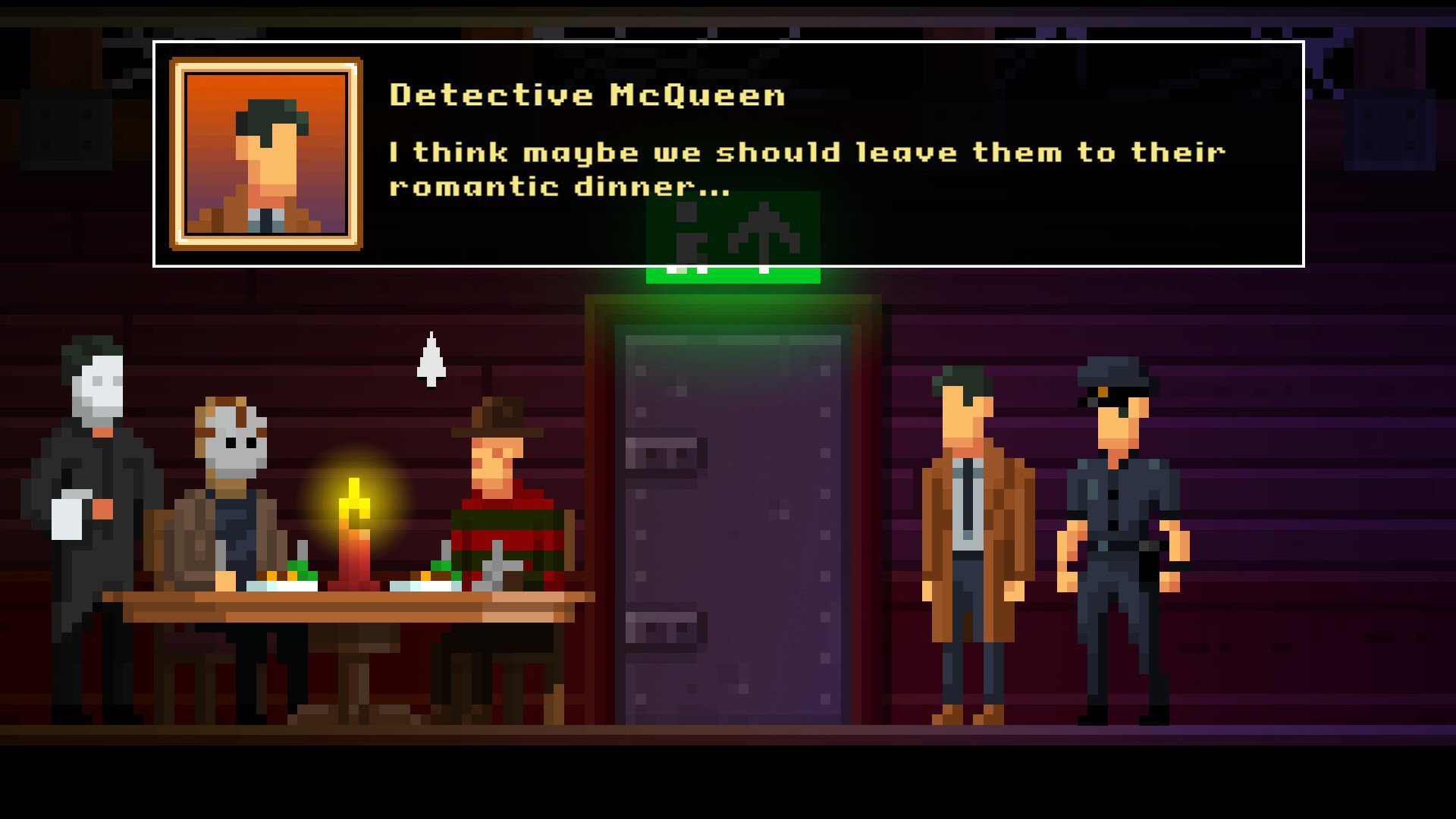 The gameplay is very much like the first game in this series – a standard point and click, reminiscent of the old-school games of this genre. We interact with the objects in the environment, make witty remarks, pick some of them up to use elsewhere, make more witty remarks when doing so, and also talk to NPCs who may help us or impede our progress. 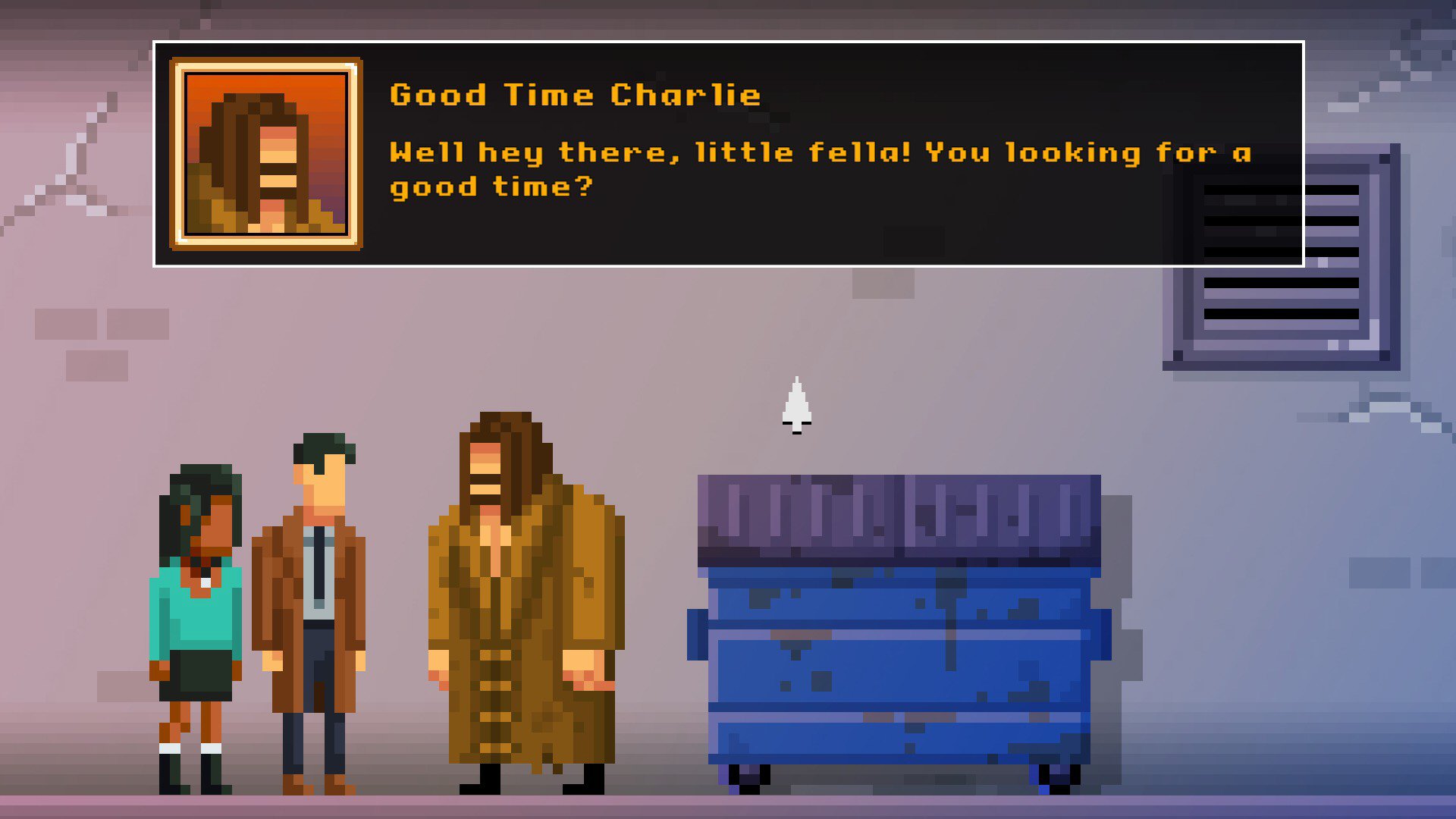 Some of the puzzles in this instalment can be noticeably harder though than in the first one, and the cases are also lengthier and span bigger areas at times. Whereas in the first game the cases were normally half an hour to an hour long, here one case can take a good hour or two. Generally though, most puzzles are reasonable and their solutions make perfect sense, but you might need to take a peek into a walkthrough every once in a while. 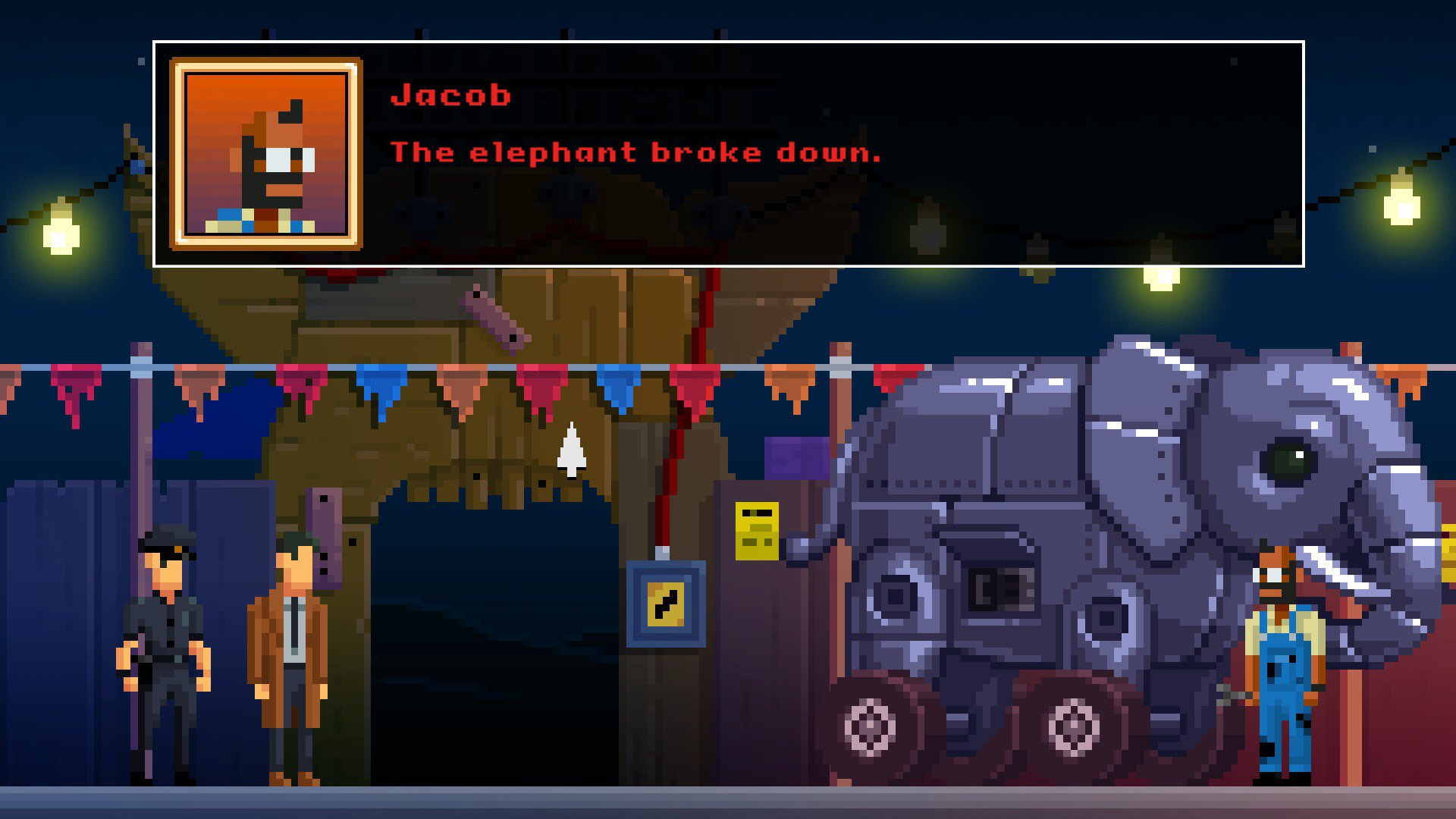 There are some dialogue choices when conversing with NPCs, although just like in the first game, they’re not decisions, but rather just an exhaustive list of things to say, some of which give us clues regarding the investigation, and others just provide some flavour talk and jokes. 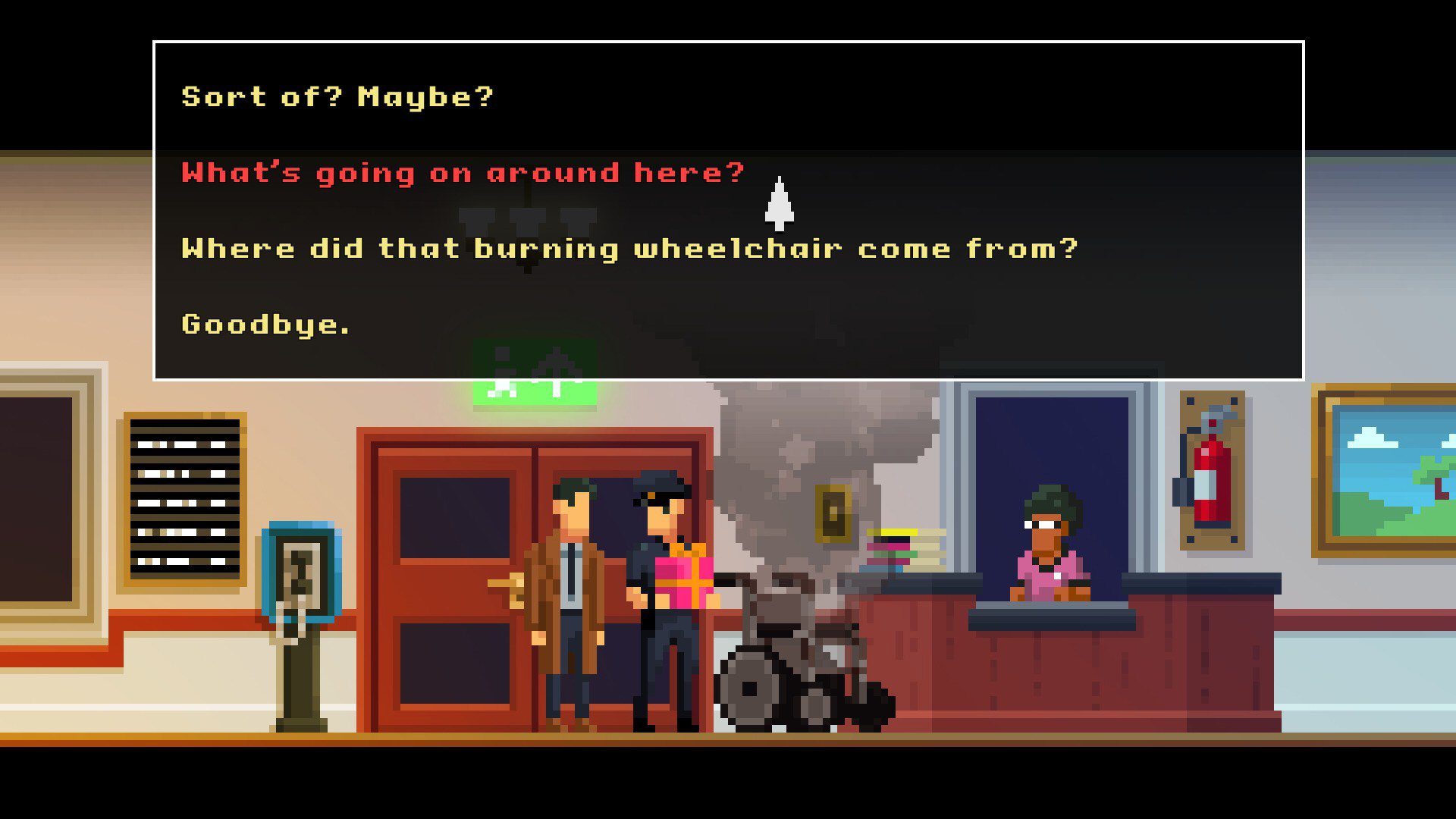 There’s not much to say regarding the gameplay as it’s quite simplistic and casual at heart and almost anyone can jump into this type of game and play it.

Each case takes us to a different location and has its own flare, whether it’s in a wrestling studio, at a funfair carnival, a castle in Ireland, or someplace else. So, there’s a new and novel theme to experience in each new case. So far there are 6 cases, but more could be added in the future. 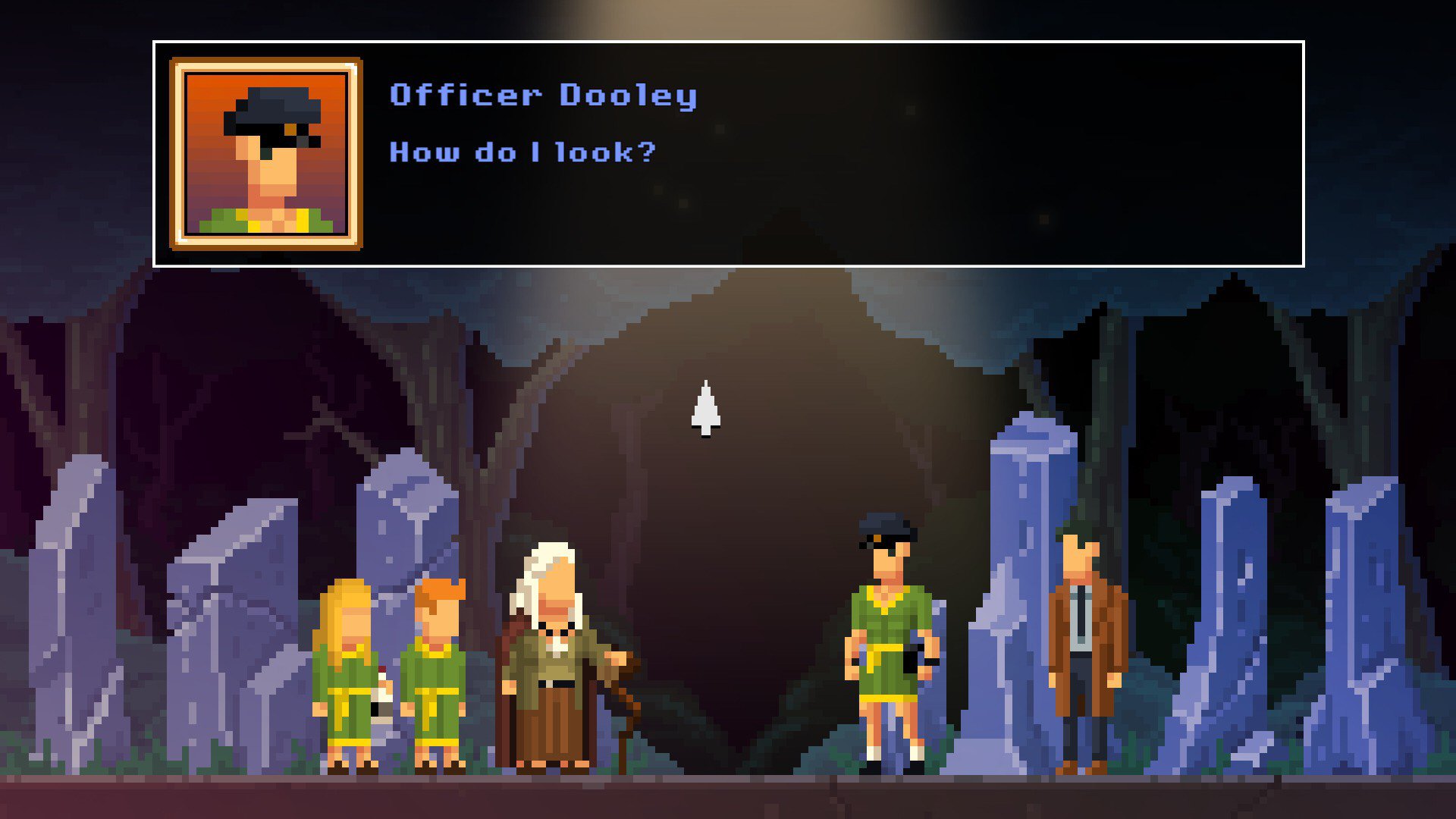 The visuals are virtually identical to the first game. It’s a simple but charming pixel art style. The characters don’t even have a face, and yet they somehow still manage to convey their emotions through gestures and dialogue. The environments are crafted beautifully and are very varied from one location to another. 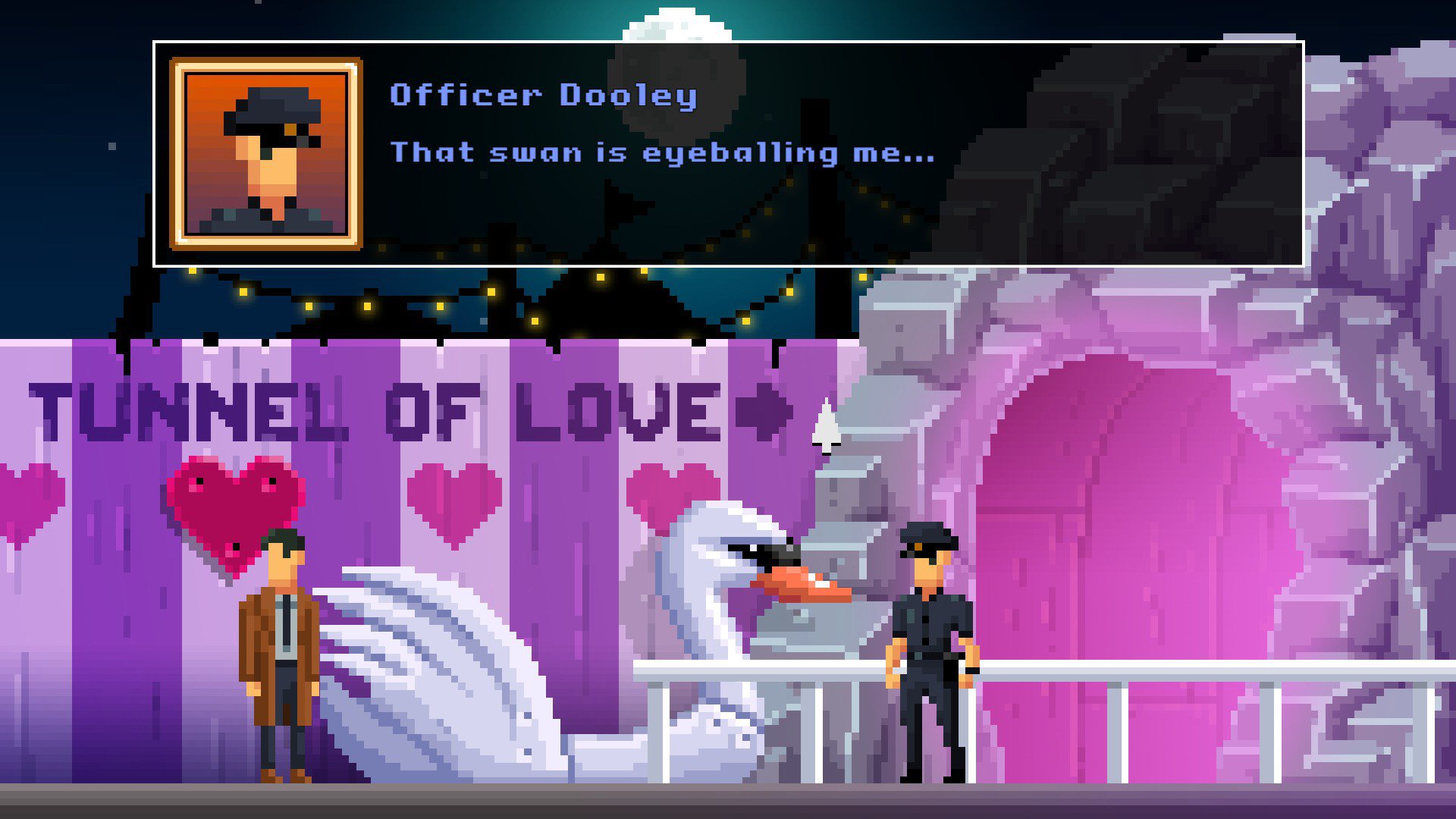 The interface is very simple to use and similar to most point and click games where we have items that we possess someplace on the screen and we can drag them to where we want to use them in the environment.

The dialogue text boxes are decent size, and as in the first part, make a great use of colour for each character’s lines so that it’s easy to tell who is talking. The dialogue itself is very casual and informal, full of jokes, puns, references, or just downright silliness. 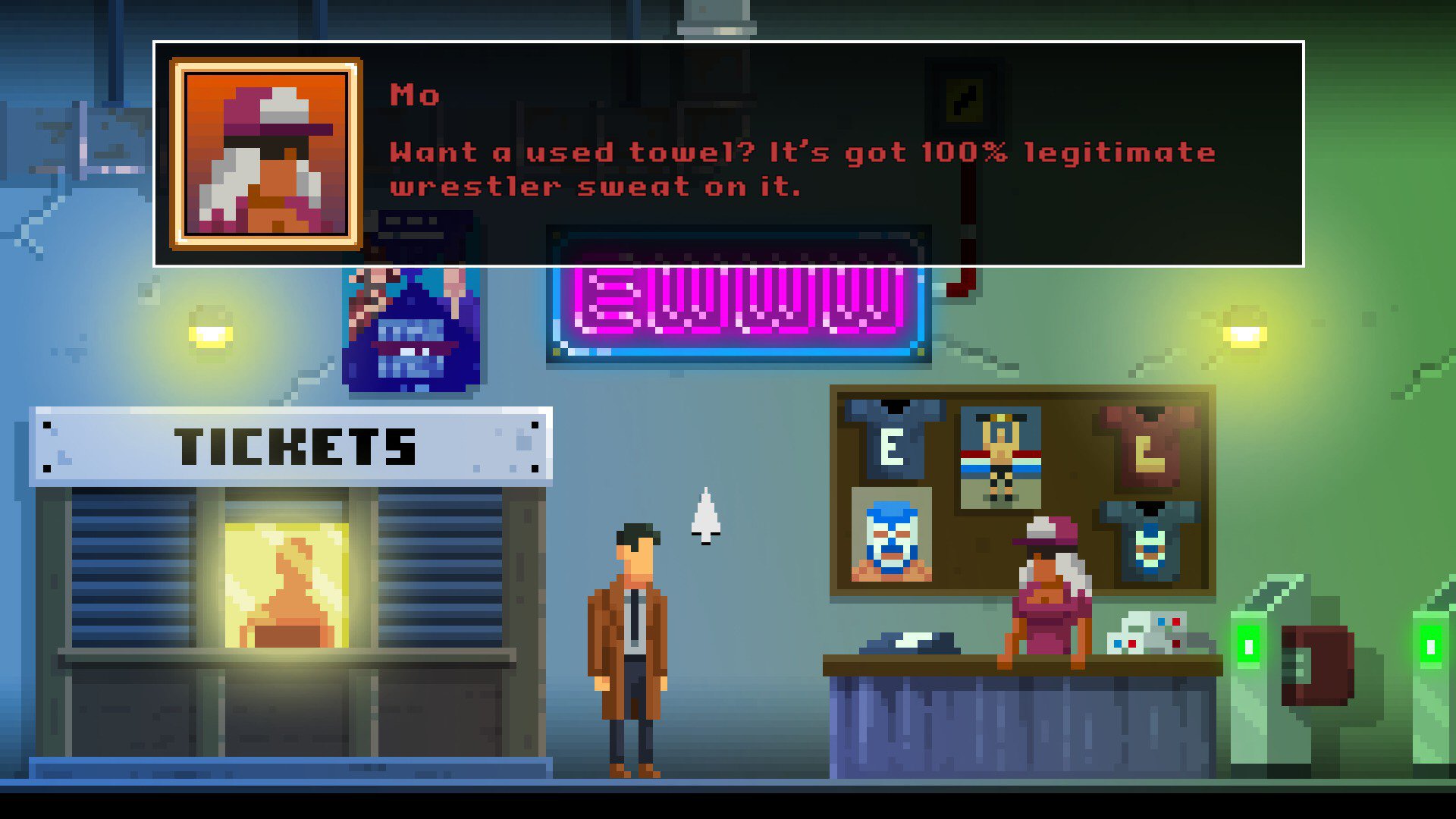 The music is decent and fits the game fine. Sound effects give an old-school vibe and are also fitting. There’s no voice acting, but it’s not needed for a game like this.

It’s a fun and light-hearted point and click game that is great for passing the time when you don’t want to engage in anything too demanding and just want some silly laughs to entertain you. It might not be breaking new ground, but it does well at what it aims to do. I do think it would’ve been great to have some new additions in this instalment, as at the moment it just feels like an extension to the first game, but it is fine enough in its current form too. The chances are, if you enjoyed the first instalment, you’d love this one too as it’s virtually more of the same. Together these two games are a generally good series with a unique and quirky personality and a nicely-developed world that doesn’t take itself seriously.