Jenny LeClue is not real. Well, she’s not real in the game’s universe to be more accurate. She, and her town, are all part of a book series by the one and only Arthur Finklestein. He has at least 38 books under his belt, all under the Jenny LeClue brand, and we are joining him as he’s writing the 39. However, while his series was obviously popular enough to stay afloat this long, it’s not doing so well now. It seems like whatever he’s been doing has been frustrating long time fans and boring new ones as the mysteries he has Jenny solve are mundane. Sorry Finklestein, finding a missing sandwich isn’t as gripping as you thought. His publisher, in an attempt to save the Jenny LeClue series, gives Finklestein orders to change his formula. Actually give Jenny a proper mystery, a murder mystery, and inject some drama. Of course, Finklestein isn’t too happy about it, but he must do it to keep his series alive.

So which character dying would satisfy his publisher the most than Jenny! Just kidding, she’s actually helping her mother by being a stand in corpse so her class can get in some practice for examining a murder victim. Unsatisfied with the students missing obvious clues, she solves her own “murder” to show how it’s really done. Afterwards, Jenny’s mom tells her to go straight home, but of course Jenny doesn’t listen. Doubling as a way to introduce us to the characters of Arthurton (I see what you did there Finklestein), she journeys to solve some more mundane mysteries and talk to her best friend Keith. Jenny laments on how nothing ever happens and she can’t become one of the best detectives out there if there are no crimes happening. 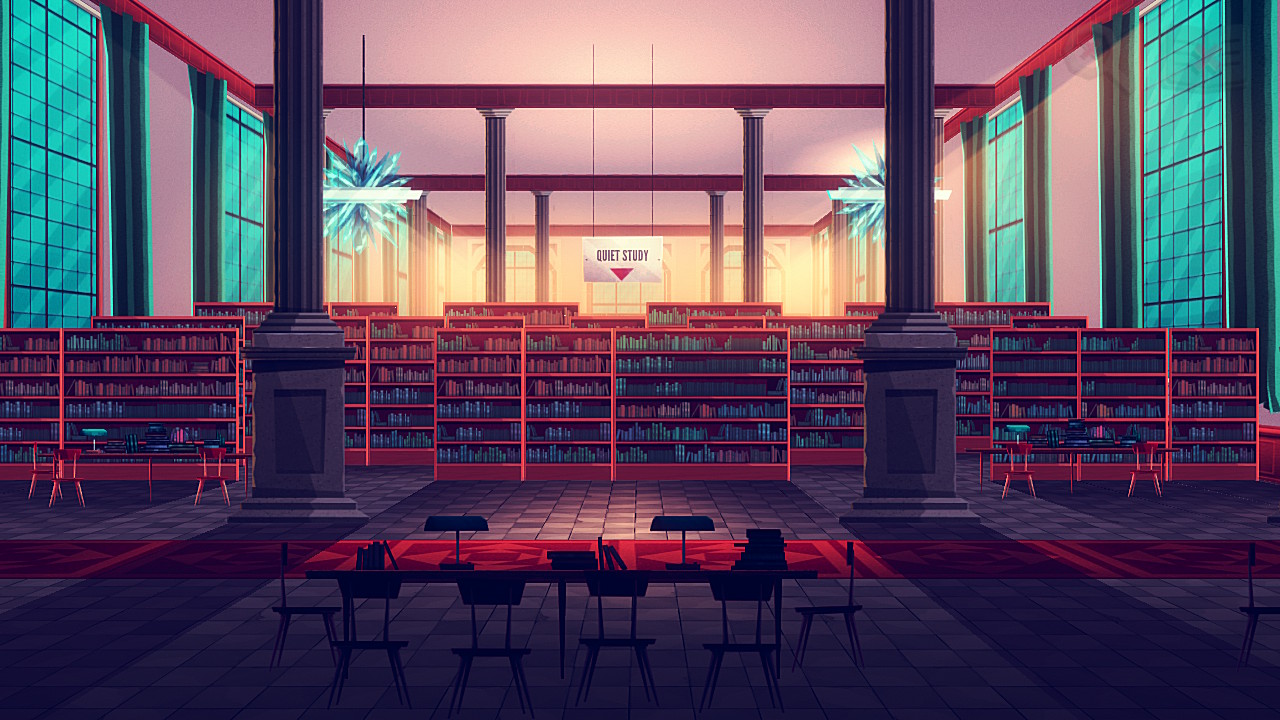 Be careful what you wish for Jenny. After talking with Keith, she decides to surprise her mom at the library instead of heading home like she was told. There, she discovers a suspiciously empty library and Dean Strausberry (the university’s dean) is found dead. Jenny, of course, investigates the body to see what she can gather, but before she knows it, her mom is blamed for the murder. Not wanting her mom to take the fall, Jenny sets out to find who really murdered Dean and out that the quiet town of Arthurton is not as boring as she thought along the way. 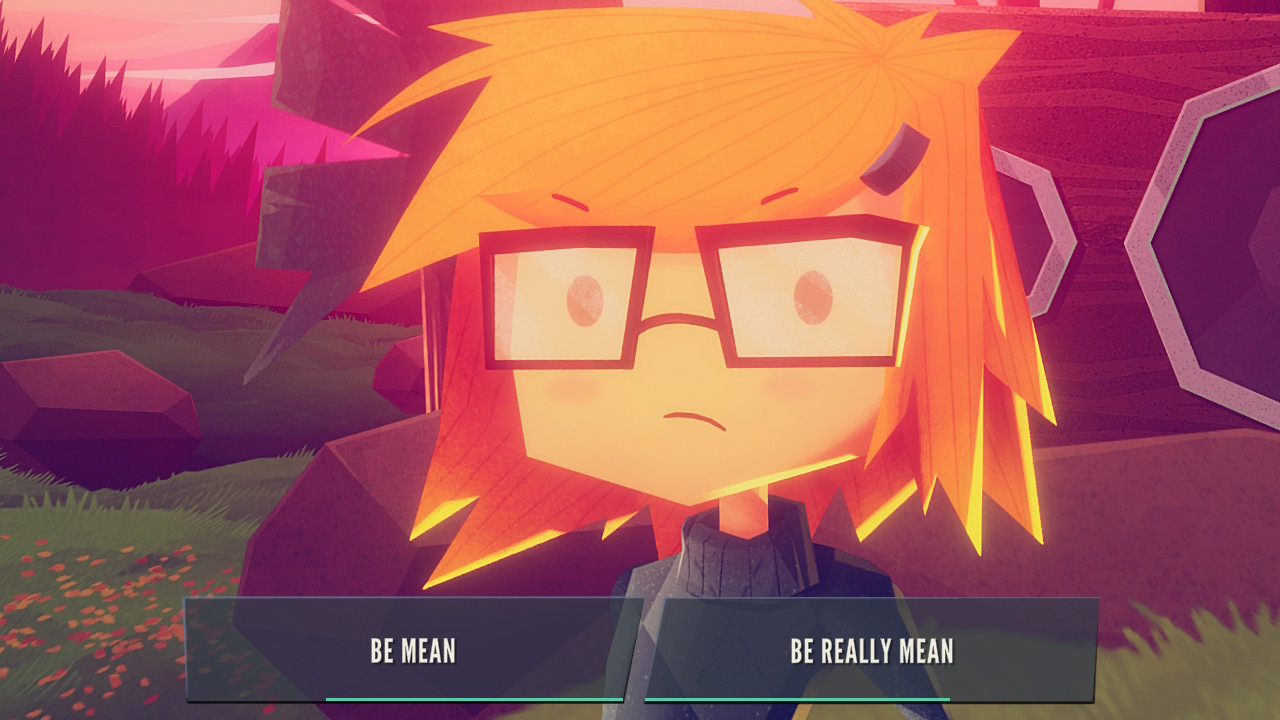 From here on, you’ll be exploring through various locations as you try to gather evidence to prove your mom innocent and uncover the mysterious secret hidden in plain sight. You’ll be interacting with a few characters which you ‘ll be able to make some choices. These are mainly to mold into what your Jenny is like, which you can check out in her journal, how the other characters perceive her and how they react, and even affect an upcoming puzzle to where you have more steps to do. You can be a Jenny that does not hold anything back and accepts no help, or you can be the Jenny that tries to be nice and accepts help when needed. To progress through each chapter, you’ll come across a good variety of puzzles. These puzzles aren’t too hard, but not too easy to where you can just rush through them without thinking. There was really only one puzzle I got stuck on that I needed to look up and that was mainly due to me not observing the whole area Jenny was focusing on (though funnily enough I was just one off from solving it). 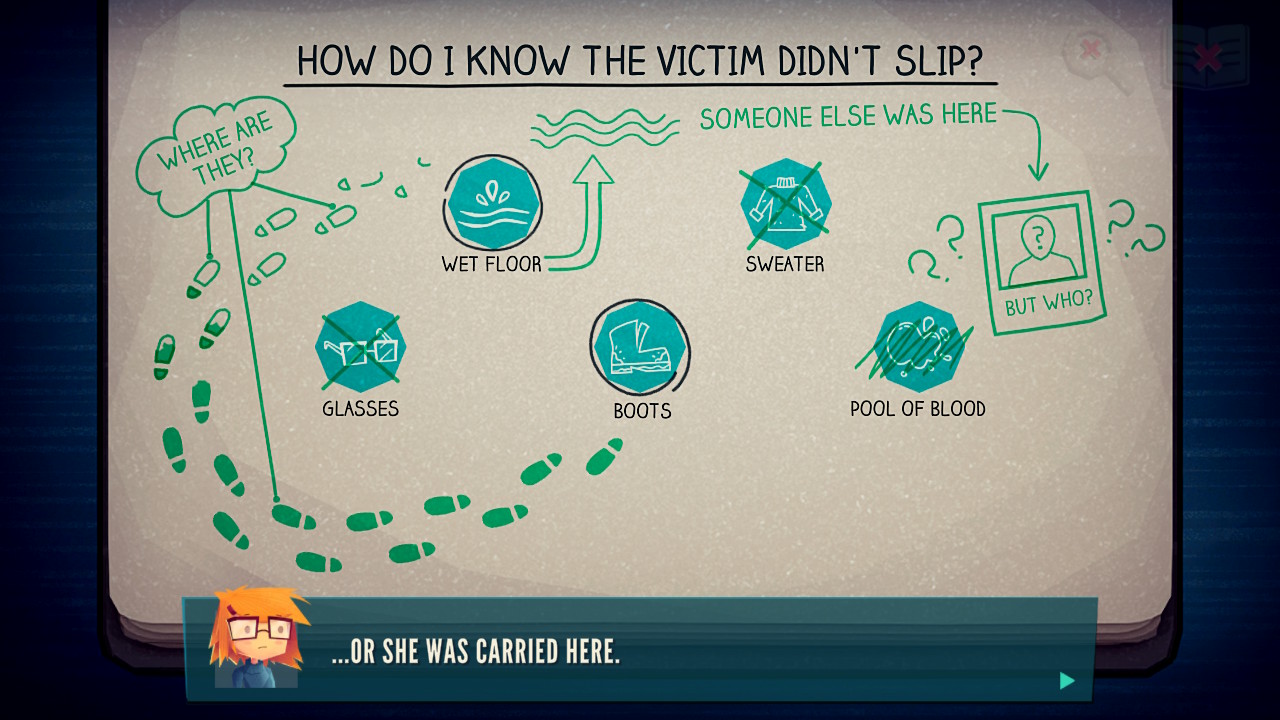 Of course, there is also Jenny’s investigation segments. For these, Jenny will focus on a person, or an area, and you’ll be able to look around to see if something catches your eye. The cursor lights up if it is indeed a clue, Jenny will visualize her thinking process, and maybe ask the person a question about it if she wants more information. I really love that this game visualizes it so we can get inside Jenny’s head more. If you’re investigating to solve a mystery, no matter how mundane, you’ll then transition into a notepad where you’ll need to correctly connect clues to answer questions. These also include some cute drawings as Jenny draws what the clues suggest what happened. If you want to look back at any of the cases, Jenny does keep notes in her handy journal.

Every so often, you’ll come back to Arthur Finklestein. This happens mostly as a way to serve as a transition into the next area, but you’ll see how writing the book is affecting him, his uncertainty, and what his publisher thinks of the book so far. 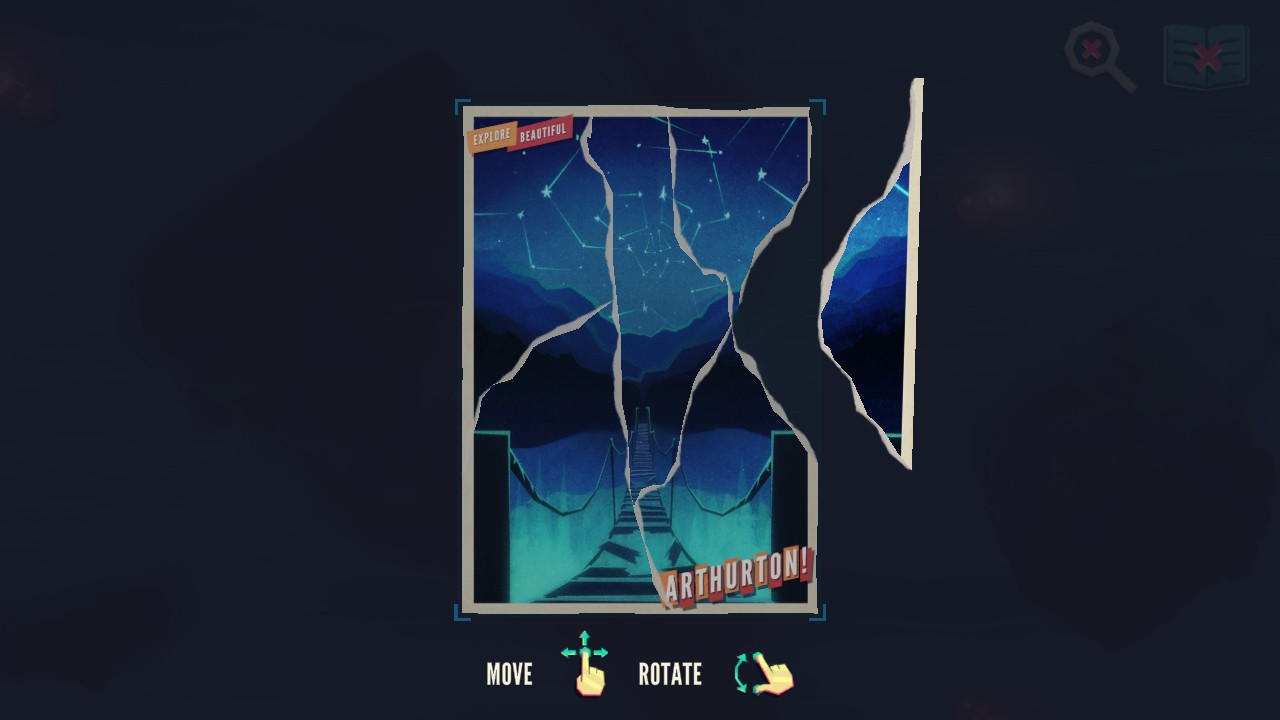 There are two collectibles you can collect. Hidden all throughout the game are stickers and postcard scraps that can be turned into four postcards. These can be found either when you’re investigating for clues (specifically stickers) or hidden in the environment which is indicated by the magnifying glass icon popping up. The stickers can be used to decorate Jenny’s detective journal and once you collect all of the scraps for a postcard, you’ll put all of the scraps together to make a complete postcard.

I’d say the only thing that goes against Jenny LeClue – Detectivu is the ending. It’s pretty abrupt, unclear, and the choices you’re presented with does the same thing (except the first changing who it affects). From what I’ve heard, this serves as a vote to see how the next game starts (which, from what I assume, the next game will have a similar vote at the end). Honestly, I do think it was a good idea despite it weakening the ending. The team can focus on that one path rather than shooting themselves in the foot, like Telltale, and having to somehow incorporate all the possible combinations. 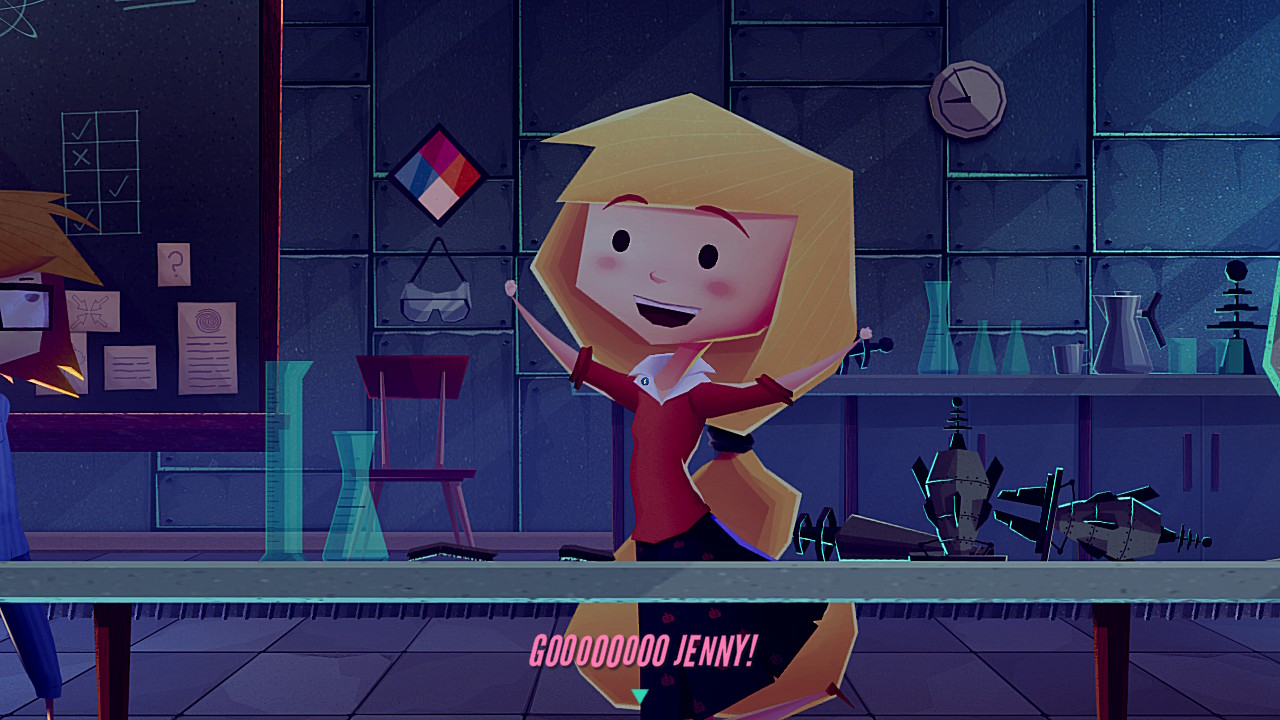 Despite the ending being a letdown, Jenny Leclue – Detectivu is a solid detective adventure game. I knew about it when it first released on Steam, though I never got around picking it up, and I was honestly surprised with how gripping it was. I loved how the framing was this author struggling to break his love for his fictional town and residents to keep the series afloat, the narration was great, the art style chosen is beautiful, the characters were interesting (side note and slight spoilers, I love how there’s a distinction between how Jenny and her mom observes and relays clues) and the voice acting fits the characters perfectly. I actually thought the voice acting was in the game since the beginning until I saw that it was a recent update leading up to the Switch release. Also added bonus, you can play the whole game on the Switch’s touchscreen if you want. If you love detective stories and looking for one that will have you in its grasp from the beginning, you’ll certainly be satisfied with Jenny LeClue – Detectivu. I absolutely can’t wait to see what’s next for Jenny in the sequel.