And my addiction resumes…

Now, to be fair, Danger Scavenger is a bit of a disappointment – the cyberpunk neon style is far from new but is really slick and well done overall but it plays too safe and the level design just isn’t good enough for this to be the great top down roguelite shooter it could’ve been, and there are moments where it shines and proves it could’ve been precisely that. 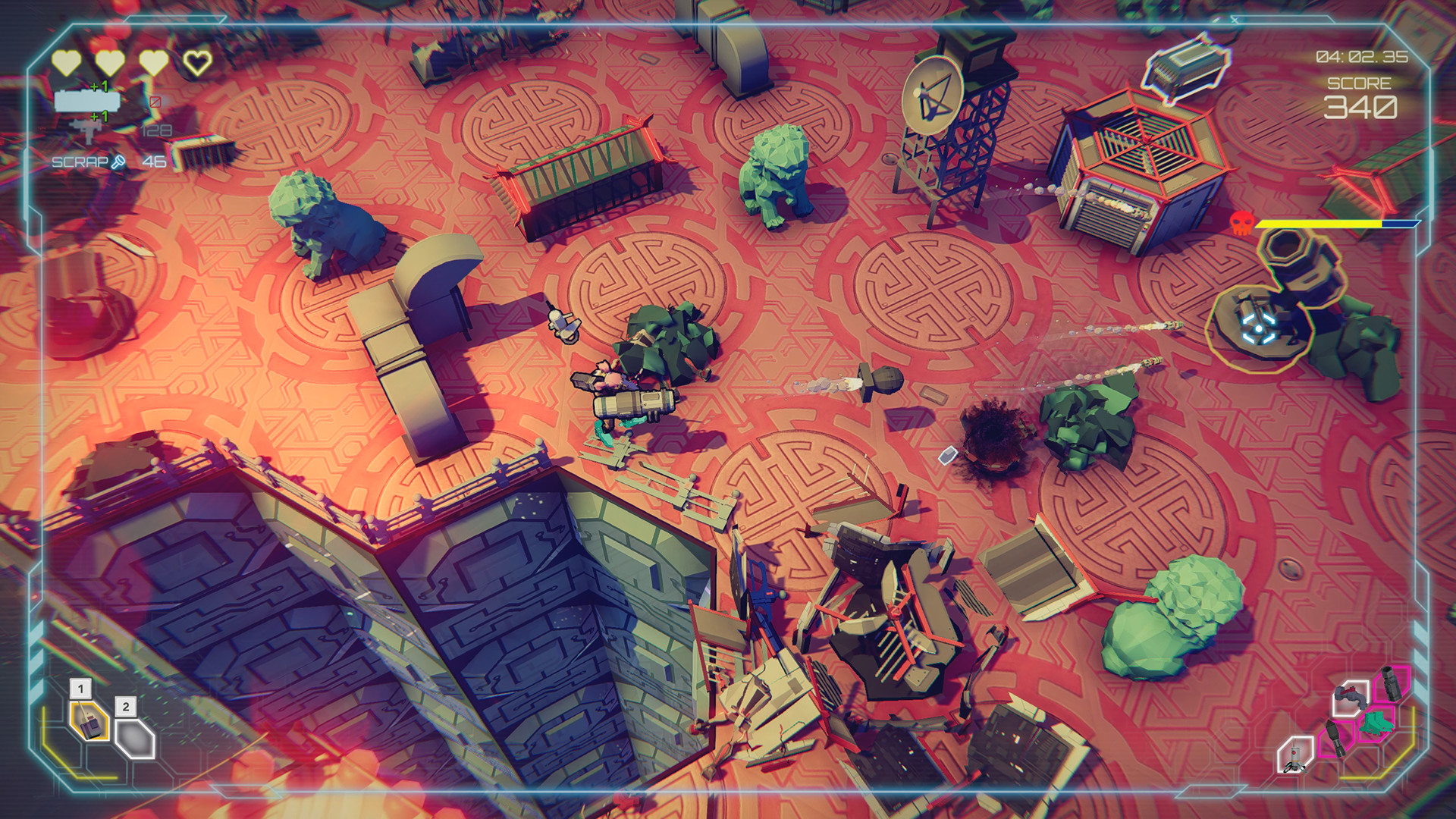 Danger Scavenger plays a lot like a typical top down shooter, with a very light bullet hell feel. The game surprisingly presents you with no menu… you’re put right on the action, or about to – in a room, you’re asked to pick a character and a gun and start your run (and then the action starts!).

The levels happen all in the rooftops of this fictional cyberpunk city and while it’s a good idea… the level design and presentation suffers from two big issues: the first problem is that it all mostly looks the same. I can’t distinguish the levels, there is roughly no structural difference and since they are all made of these randomly put together hexagon tiles, it just feels like a top down shooter running on a level that looks like a poorly put together Civilization map.

If that doesn’t sound disappointing enough… the level design, while being rooftops of skyscrapers, is extremely claustrophobic, with lots of air vents and pipes that fill the center of the hexagons that constitute the level design. While giving cover for the player during the shooting, which is very high-octane, the player’s freedom of movement is extremely limited depending if the randomized level hates you or not.

And when it’s limited, it’s PAINFULLY SO!

This not only ruins any fluidity the gameplay has but also slows it down to a “peek and shoot” generic affair, completely countering the good bullet-hell vibes I wanted to enjoy but can’t since I can barely move around to dodge the projectiles, making cover go from a nice addition to a forced gimmick to ensure survival. 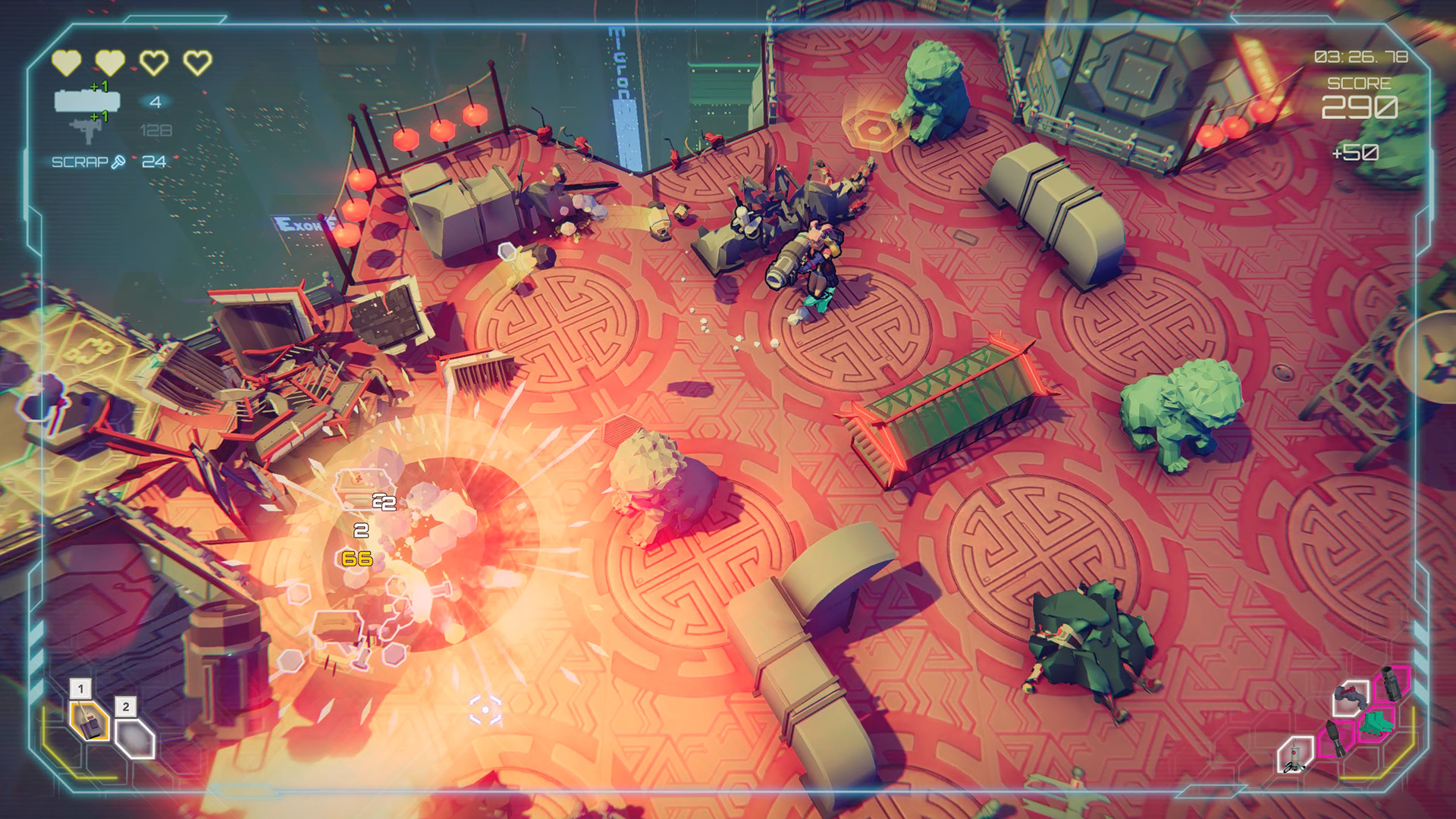 If there’s anything to praise, is the gunplay – guns feel really good and there’s a good variety of them, even taking advantage of the cyberpunk theme and adding more creative weapons to expand the arsenal that will usually start with an Uzi, a pistol or a shotgun. There are also quite a sizable amount of items to upgrade your character – some combinations render some powerful synergies alas Binding of Isaac. Pro tip: avoid melee weapons altogether, they are massively underpowered and unbalanced from my experience, you’re better off shooting enemies and avoiding their projectiles which is nearly impossible in melee range.

The game has a “map” which is randomly generated, you pick which level you want to go to after clearing the previous one – there are usually 2-3 branching levels to pick between each level. While this is a good idea popularized by Slay the Spire, it’s also poorly made as you have to forcibly open a map to check which level you want to go to in order to plan your route (which is something I always did in Slay the Spire, among other games that did this mechanic too). Clearing a level and either having to open a map to check the correct exit just breaks the pace so much – even worse if you don’t even check the map and realize you’re in the wrong exit and have to run across the level to the other one which is too frequently on the opposite side. 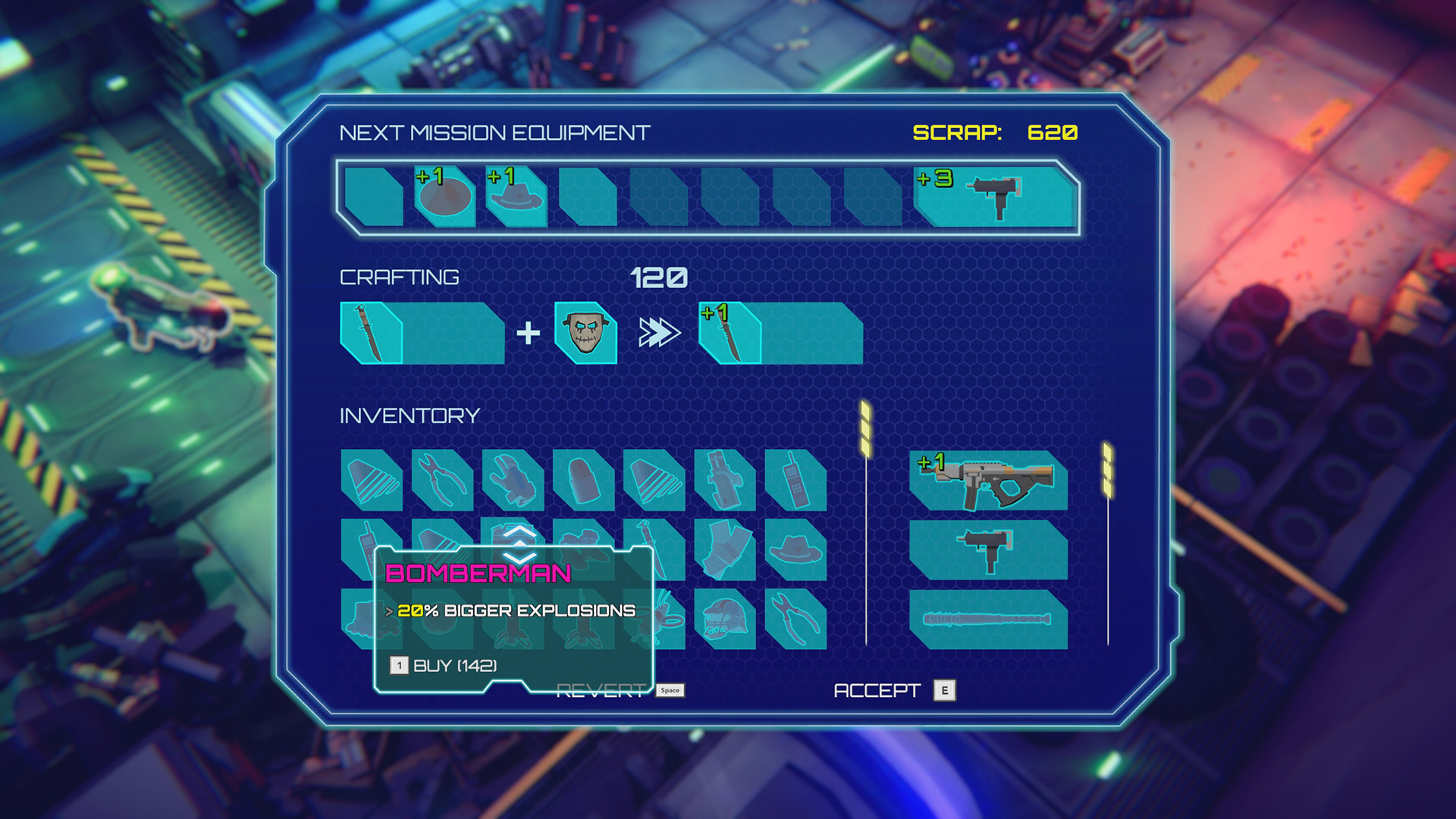 Proper credit for the soundtrack – while a bit too repetitive and lacking in variety, the tracks are, for the most part, really great! I just feel different levels could have noticeably different soundtracks – this also ties to the lack of variety in the levels aesthetically. Gun sounds are very punchy and great in general, adding to my compliment of the great gunplay.

Overall, the audio design is likely the best part of this game and a really well done component.

Unpolished and unoptimized. The aesthetic is pretty good and had great potential but the visual effects are bumped to 11 to the point of being unplayable on the highest setting, it’s retina-burning. Dropping the graphics to medium or low helps a lot but the game still looks like a mix of weak textures with an odd cell-shading on top of the characters with a really overdone post-processing visual fidelity on top of it all, that ranges from bloom to lens flares (but mostly bloom). 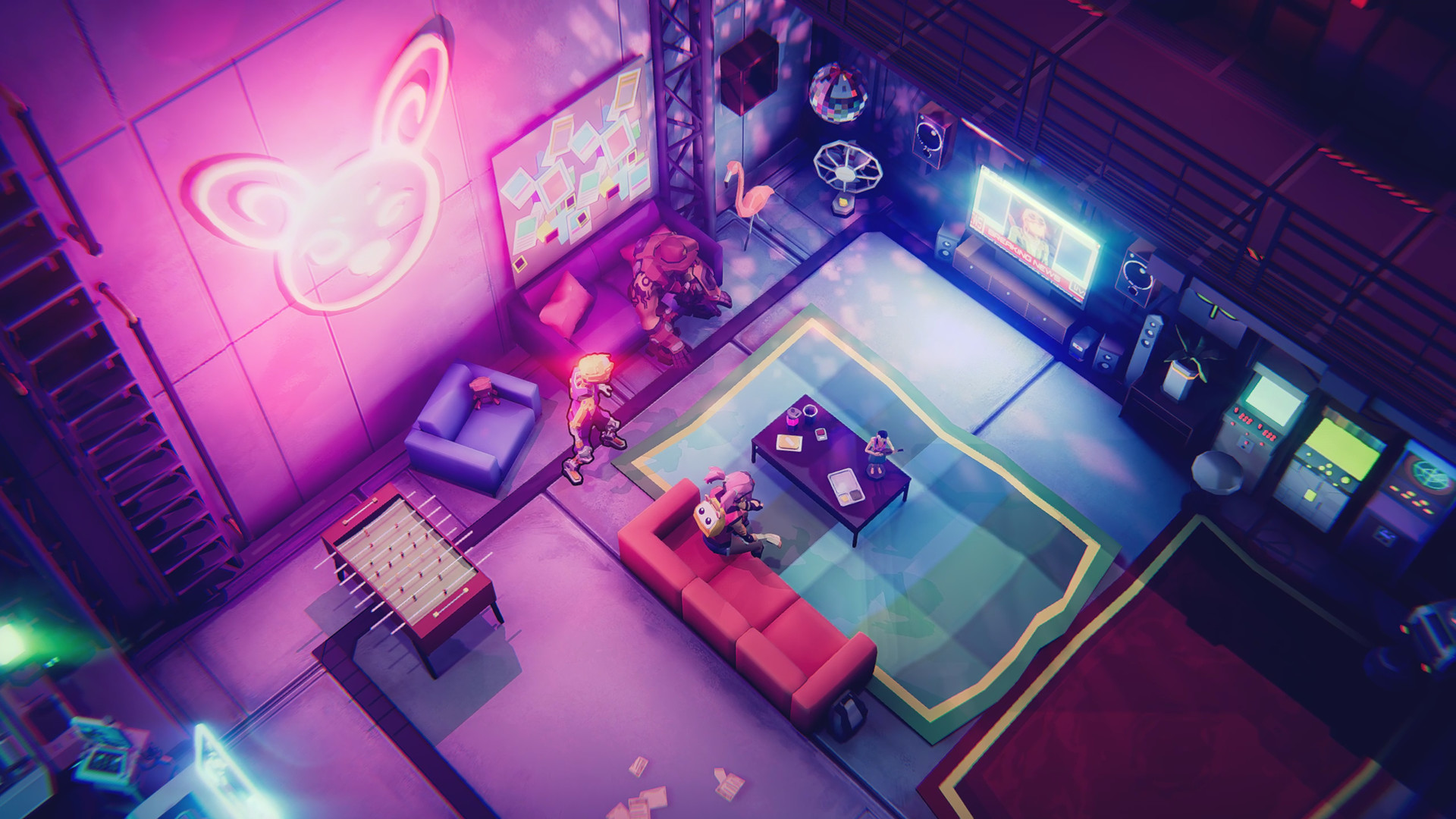 Optimization is also terrible – on a GTX 1060, i7 7700K and 16Gb RAM, I had to play on medium settings to protect my eyes and also played on maximum FOV (basically zooming out the camera so you can see more of the level) for the best possible level/gameplay awareness and visibility…

There is no possible excuse for such awful framerate. Even in the early levels where you won’t face more than 10 enemies in a level, the game runs on rather small levels that have cool backgrounds so there is barely anything I can think of that puts my computer on its absolute knees while still slapping my eyes out of my face with this mediocre framerate.

Great gunplay, mediocre level design, abysmal level variety and awkward design decisions really kill any great gameplay this game SHOULD have due to it’s truly fun gunplay, fluid movement and bullet-hell elements. The audio is also another element that could elevate the gameplay to a really fun level that I could forget the more noticeably bad parts…

…but I can’t because on top of all that, the game runs really poorly!

To summarize, 12,49€ is not worth it for Danger Scavenger in its current state – wait for a considerable discount.