So, you find yourself looking at Warriors Orochi 4 Ultimate and thinking, “Do I want to play this?”, and you’ll likely be one of two types of gamers. The first is someone who has played Warriors Orochi 3 or a different Warriors game and found the musou action fun to play, and the other is a total newbie to the genre. The good thing is Warriors Orochi 4 Ultimate caters to both as it contains several new extras that the vanilla version of the game did not and it is all in one package as a $60 game or a $40 upgrade.

To DLC or not to DLC

My fellow SoQ reviewer, S-1, reviewed Warriors Orochi 4 last year. I won’t redo an entire review of the base game other than to say it’s mostly using the same musou normal, charge, and magic attacks over and over while following a sort of GPS style map and using time management for objectives because if you don’t complete the objectives on time, you end up defeated and have to start over the mission or at least from a checkpoint. It’s very repetitive and most missions tend to be quite similar but with different map layouts. Yet, there is a certain je ne sais quoi that I still find enjoyable, mostly due to all the varied character attacks and that giddy feeling I get from whirlwinding thousands of soldiers in a spiral of death. It’s not a game I can play for days on end, though, despite the fact I largely marathoned it in a weekend for the review you are reading.

What do you get with the Ultimate version compared to the Vanilla? As far as actual missions to play, you honestly get pretty much the same type of missions as before with a slightly more interesting storyline expanding on the ancient gods theme. Gaia and Hades are joining the smorgasbord of warriors and deities along with a wee bit of Joan of Arc, Achilles, Ryu Hayabusa, and a mystic named Yang Jian. The story expands and fills in some of the holes of the main campaign, but don’t expect anything intense or all that surprising. From my experience, the story is a bit more character driven with interpersonal moments here and there, but not by much. I think that is because instead of the mad rush to save the world, it’s a slightly more investigative approach to the story. By and large, though, Warriors Orochi 4 Ultimate still sticks with the same “Oh, no! Someone must be stopped right now before it’s too late!” followed by some “Let’s go immediately and make sure to add some fairly nondescript dialogue!” for each mission with some visual novelesque story bits in between to tie it all together. 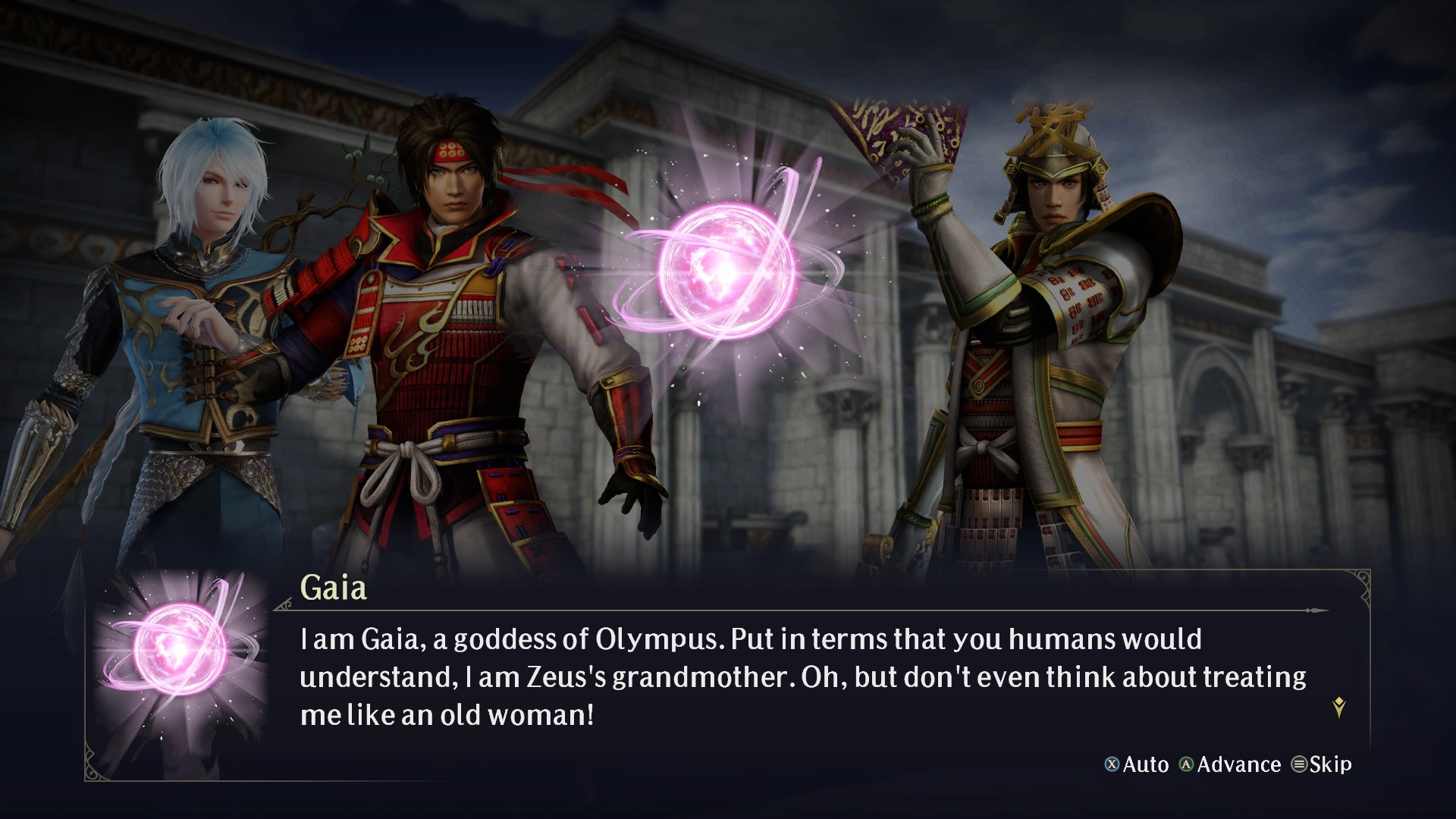 With the gameplay itself feeling like the same missions as in Chapter 5, the game does not change much of anything that you haven’t seen already other than a new musou Switch Combo that is nifty. I also noticed many of the missions had some “I gotcha!” moments where you thought everything was over and then some baddie says “Uh, uh, uh, didn’t say the magic word.” and you must rush off to cut them down before heading back to base. Beyond that, the new characters are fun to play and I rather liked Ryu the most, personally. I have to say, though, fighting the same enemies over and over along with their phantoms and monsters does get old. The real challenge is still balancing what to do on the map and when to do it.

You also get a bit of minor subterfuge as your mission objectives might be something like “Rescue the Girl” only to find out it’s one of the cool new characters for the DLC. I did feel that the story is stretched a bit thin as you get tiny morsels of detail that just slowly churn out the story, mission by mission. Also, there are new side missions that even unlock in the old main campaign along with collect-a-thon missions where you get to replay several old missions from previous chapters to unlock some hidden backstory. You’ll get to investigate what Zeus was secretly up to back in the main campaign along with some tidbits to elucidate some old scenes more, so it really does give more flesh to the somewhat bare bones main campaign story. It’s good, but not exactly mind blowing. Also, there is a new “True” ending to unlock.

With all this, you also get nice changes. Firstly, you can change up the Sacred Treasures to be used by anyone. This is interesting, but I honestly didn’t find it all that useful. I went through several of those treasures and ended up just using the ones my characters originally had in the first place, but the freedom to change is nice if you want to.

Secondly, and likely most importantly, you get Infinity Mode aka the “Trial of Zeus”. Here you get a grind-em out mode where you can battle it out to level up your characters, all 177 if you like. It’s broken up into 12 sections, based on the Zodiac. I was fairly impressed, actually, and the screen full of constellations is rather slick. Some of them have different attributes like Total KO’s or Officer KO’s, and there are levels per tower to get through in order to clear them. You have a target goal with a time limit and you just need to hit it before the time elapses. Once you hit that goal, the timer stops and you can head to an escape point or just try to kill as many enemies as possible. You can die before heading to the escape point, though, so be careful. Intro levels are pretty easy, but they do get harder as you get further in as there are five levels per tower. It’s a lot better than a usual Survival Mode, so I have to say it’s a great addition. The only thing I didn’t like was that for whatever reason, my PC ran Infinity Mode at 30 FPS and the rest of the game was at 60 FPS. I have no idea why, but will try it again with the setting at Medium instead of High and see if that works better.

On top of all this wonderfulness, there is now a level up cap change. You can level to 100 and then start again at 1 for a character, with the option to level them up to 100 all over again. You can do this 10 times per character! That’s just insane. Do note, that you don’t get to keep all your health, attack, and defense when you start them over, but you can promote more of their other abilities. My advice is to max out the Diligence on your weapons to get them leveled up as fast as possible. There is another EXP attribute called BellToll that helps too if you get a good enough weapon. The first time you promote, you get a bonus of Officer Skill Expansion and the second time you promote, you get a bonus of a Status Cap Unlock so that you don’t lose all that health, attack, and defense like before. There are more bonuses each time you promote them past level 100, such as: 3rd/Gems+, 4th/Speed Increase Unlock, 5th/Musou Gauge Recovery+, 6th/Growth Points+, 7th/Gems++, 8th/Musou Gauge Recovery++, 9th/Growth Points++. All this put together with Infinity Mode means you can amass an army of absolutely OP characters rather quickly if you don’t mind grinding for it.

Warriors Orochi 4 Ultimate is a good Warriors game. It is not Warriors Orochi 3 Ultimate, but it’s still a great game in the genre. The new Ultimate version of Warriors Orochi 4 makes some good changes, additions, and variances without tweaking the Warriors formula too far. It runs at 60 FPS at 1080p even on a mid-level PC and it looks, sounds, and does exactly what a Warriors Orochi game should do. The content is roughly 3/4 of a game, about 18-20 hrs long, and the Infinity Mode is very helpful in leveling up your characters. Should you rush out and get it right now? Unless you have put in several dozen hours and want to keep on going, I’d say wait until the upgrade is about $25 or so. If you have a few Warriors games under your belt and have been holding off on buying this game until now, then, yes, go ahead and grab it. This is the definitive version of the game for the foreseeable future and it’s in fine form. 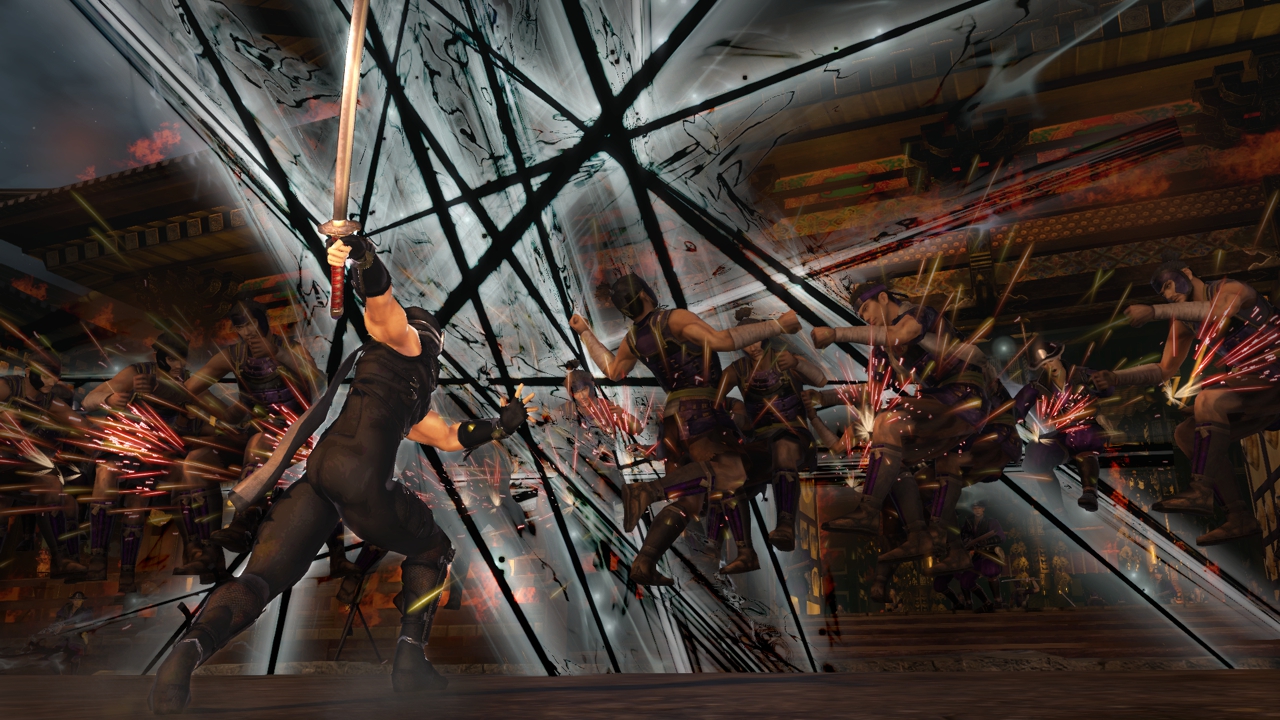 For those new to the series, I’d say it’s an okay starting point, even though you will likely be lost with the myriad of characters almost flying off the screen every few minutes. Warriors Orochi 3 Ultimate isn’t even available on PC, though you can still get it on PS4 or Xbox. You could start with that instead, and it is a fantastic game, but you won’t really be missing all that much in comparison and there are several recaps of what happened in that game as you play. If it would be your first Warriors game ever, you may want to try something else with a better story, but Orochi 4 has a ton of hack and slash to offer if you crave combat instead. With the base game at about 25-30 hours and the Ultimate DLC at about 15-20 plus another 10-15 hrs of side missions, extra replay hidden content, and Infinity Mode, it’s plenty of combat to tackle. Do be aware that you can’t access the new story missions until you are done with the main campaign. It’s also super repetitive with the difficulty centered more around map management than actual enemy battles. Really, that is the only kink in this otherwise great game. The repetition makes it grow stale after some time. The game is best handled in chunks, not long playthroughs. 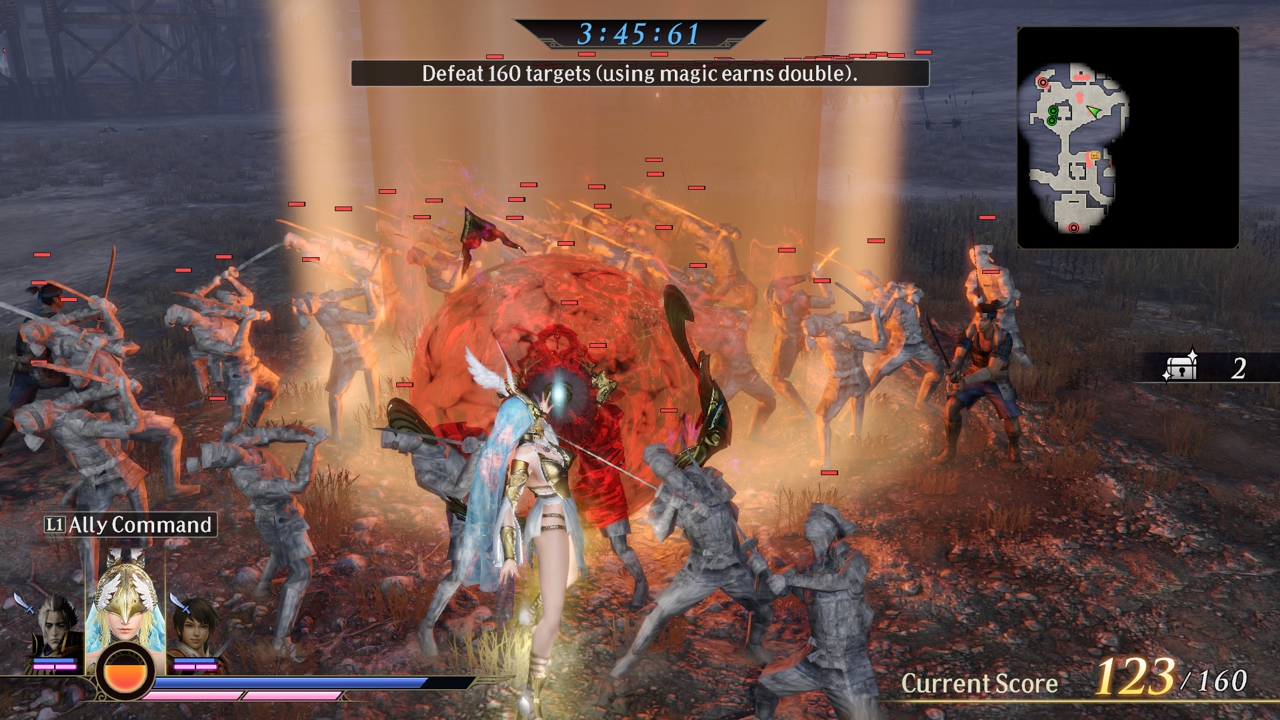 The thing to remember is, Warriors Orochi 4 Ultimate does not try to be another type of game. It’s not going to be Devil May Cry or a God of War hack and slash. It sticks with map oriented objective based missions and doesn’t deviate because it’s entire goal is to finely hone that down without going into crazy ideas or altered game design other than to have 177 characters to play with. That repetition is both it’s Achilles heel and it’s strongest point. It does what it does and it does it very well. I think it will appeal most to hack and slash enthusiasts who simply feel at home using handheld weapons that can waylay a thousand AI soldiers with one blow. If that sounds like a good time, grab the game and have a blast.