REVIEW: The Gardens Between – Xbox Gamepass

The Gardens Between takes a simple method of puzzling and manages to make it something notable, which is an achievement in and of itself.

Recently, I signed up for a month of Xbox Gamepass for PC and one of the titles I decided to give a spin first was The Gardens Between. It seemed simple enough, a story of a young boy and girl, perhaps in their very early teens, who had their treehouse blown apart by a storm and end up in a sort of standstill time dimension where they piece together their memories of the time they spent together there.

My son and I decided to make a night of it, taking turns with the controller as we solved the puzzles that literally unraveled in front of our eyes. What you encounter is a forward and backward progression type of puzzle that moves a bit like an amusement park carousel where you solve the puzzle by moving forward or back to an interactive area/creature, change the outcome in some fashion, and then go backward a bit to start it over as it moves through its pathway to the end of the level. It was easy enough at first, but later became more complex with hidden secrets to figure out and some tricky areas where you had to line up certain actions on the screen like electrical sparks with wires to turn on devices, it was really well thought out. 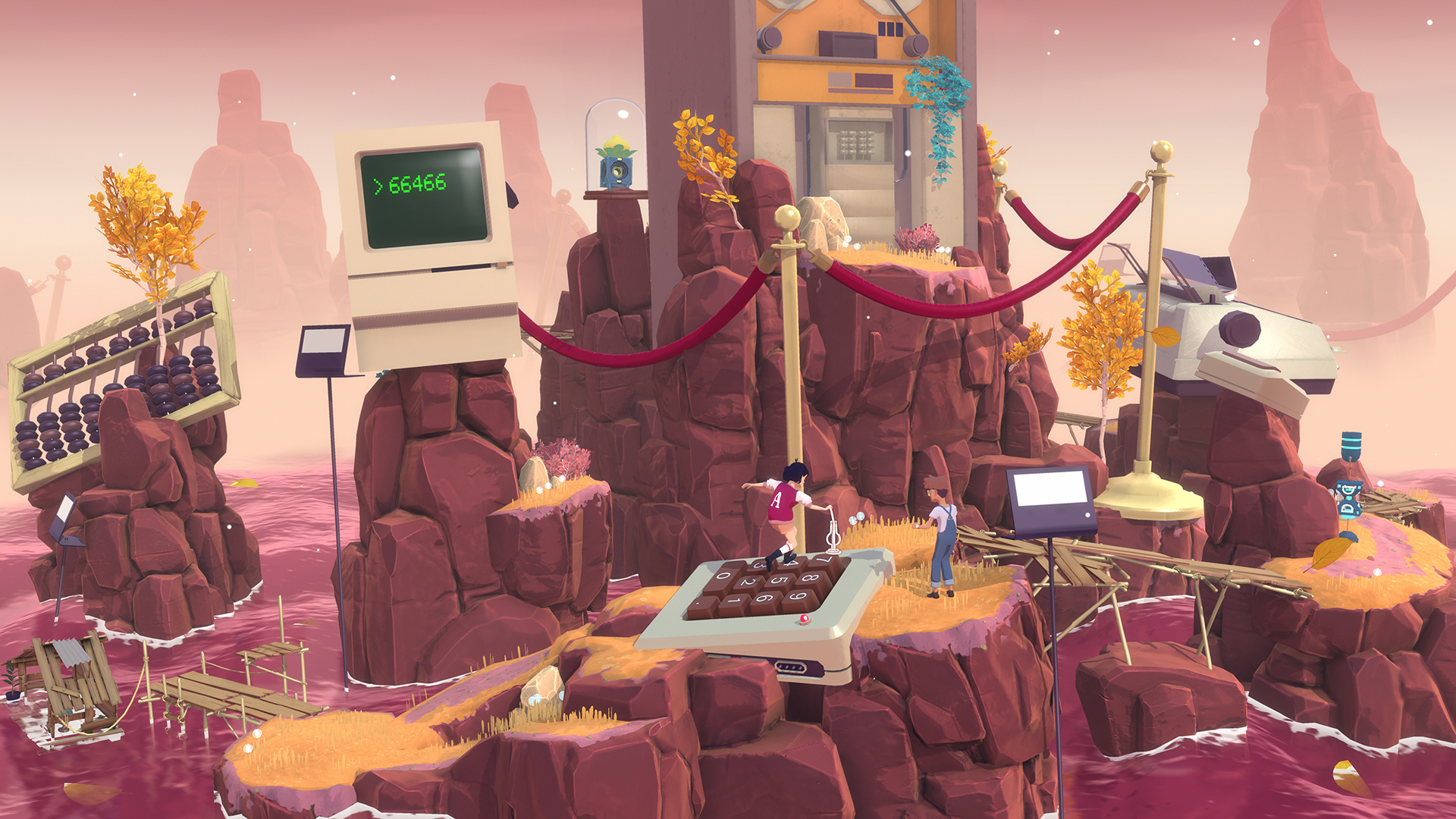 It’s a very short game, and we finished it in just one night with only two areas that seriously stumped us for a while, the old computer section and the next to last puzzle with the telescope. As we got to the end of the game, we both agreed it felt very special, almost magical in sections, and overall was a memorable experience that we’ll hold onto as one of those nice nights of grinding our brain gears together on some puzzles.

I think the only thing that is bad to say is that it’s rather casual, without too much in the way of brain-busting complexity. Those looking for a tough puzzle game should look elsewhere. I’d discuss more about some of the levels, but I feel that may end up being a spoiler for what amounts to 2-3 hours of gameplay. 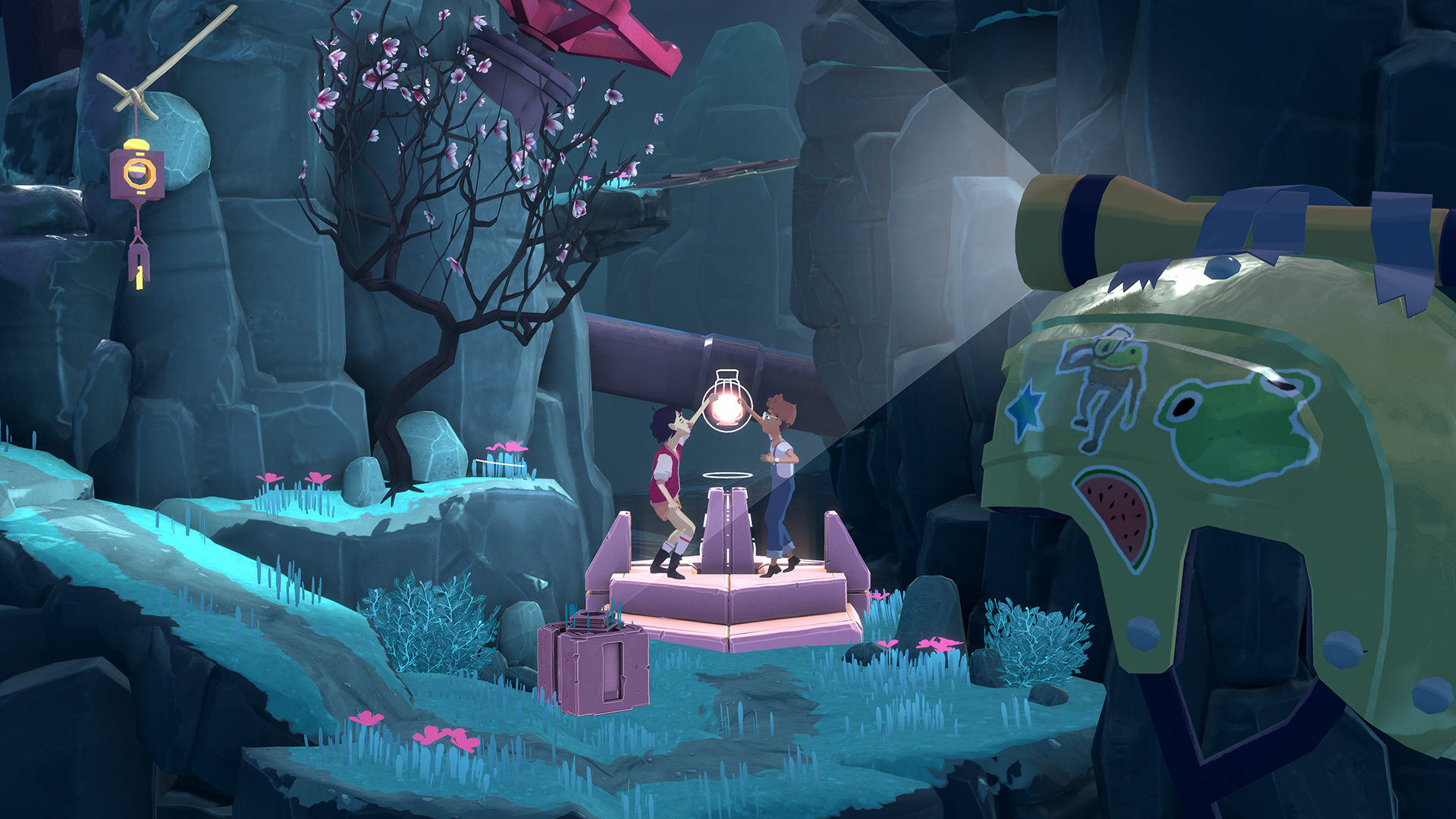 I feel the presentation takes center stage and it looks absolutely gorgeous with everything turned up on my PC. Being able to jump over a calculator, mess with a giant oscilloscope, or simply stargazing feels like both a remembrance and a first time experience rolled into one. The forward momentum of each stage makes it even more actively engaging, much like a music box figurine dancing to the conclusion of its melody.

The graphics are quite important in this game because they also provide the medium by which the solution to each puzzle ultimately gets to. There is lots of pulling levers or lining up objects to cross forward, so the fidelity of the game matters in this regard, at least for the visually challenged like myself who still needs to look closely at the screen with glasses on. So, all the detail and gorgeous art direction serve more purpose than just eye candy.

The art direction of the color palettes and keen interactivity in the puzzle design keep the gamer interested in how each level progresses. It really keeps the game fresh because if it wasn’t, then it would just feel like a dull retro museum exhibit. The balance of puzzle to graphical connection is very well done. 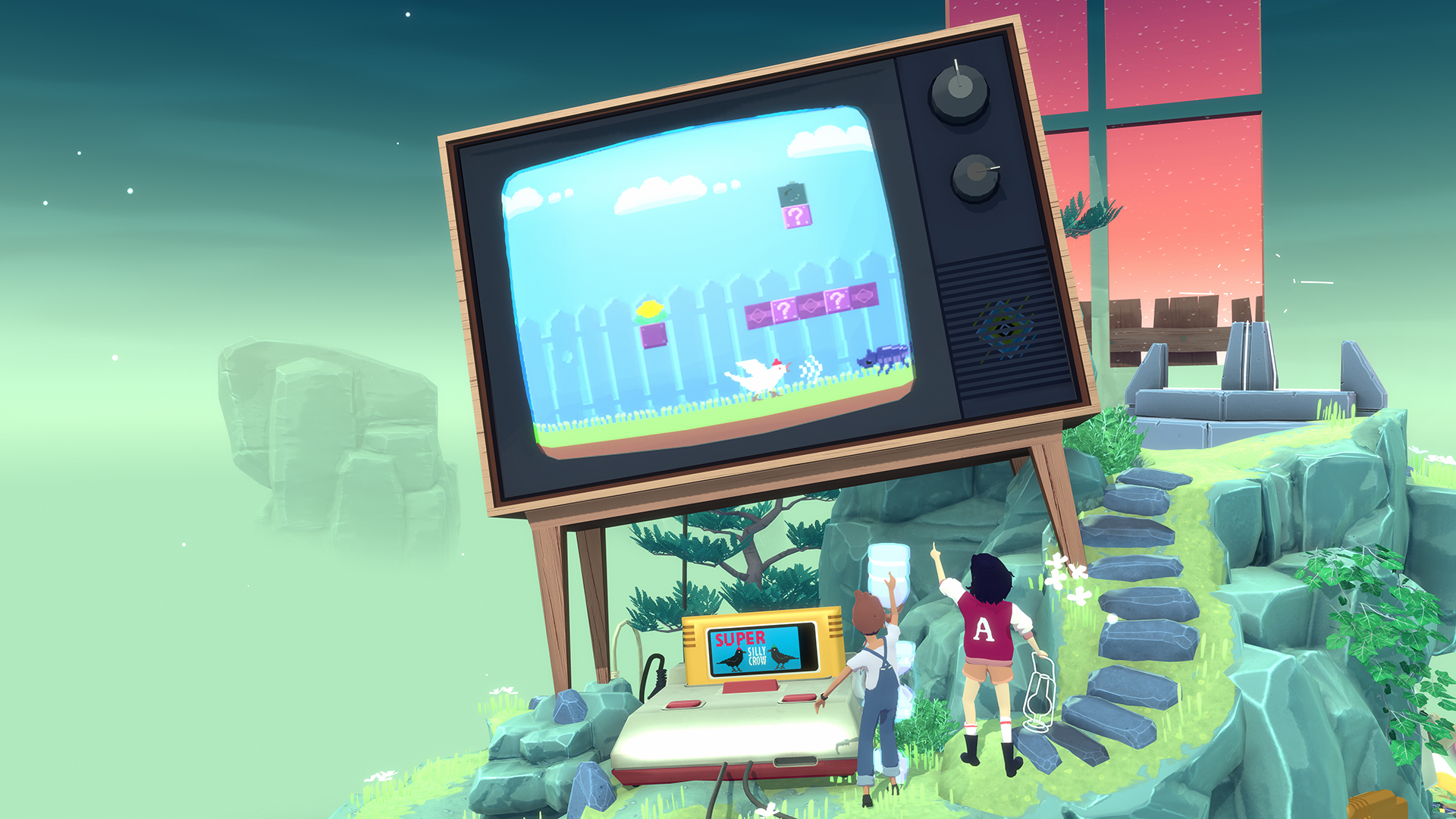 I’d discuss the story more, but honestly, it would spoil the game. Just know that each level in the game recalls some past history between the boy and the girl in what seems like the early to mid 90s. You’ll see levels with giant CRT TV’s and game consoles with 8-bit graphics along with VHS tapes and VCRs, so there is a bit of nostalgia involved. There really isn’t all that much actual story, though, so don’t expect some profound experience to be revealed. The game is more graphically explained than anything. I did feel that the connection between the two wasn’t quite as charming as I thought it would be. It may be that way for a reason, though, as there is more development in that regard towards the end of the game. 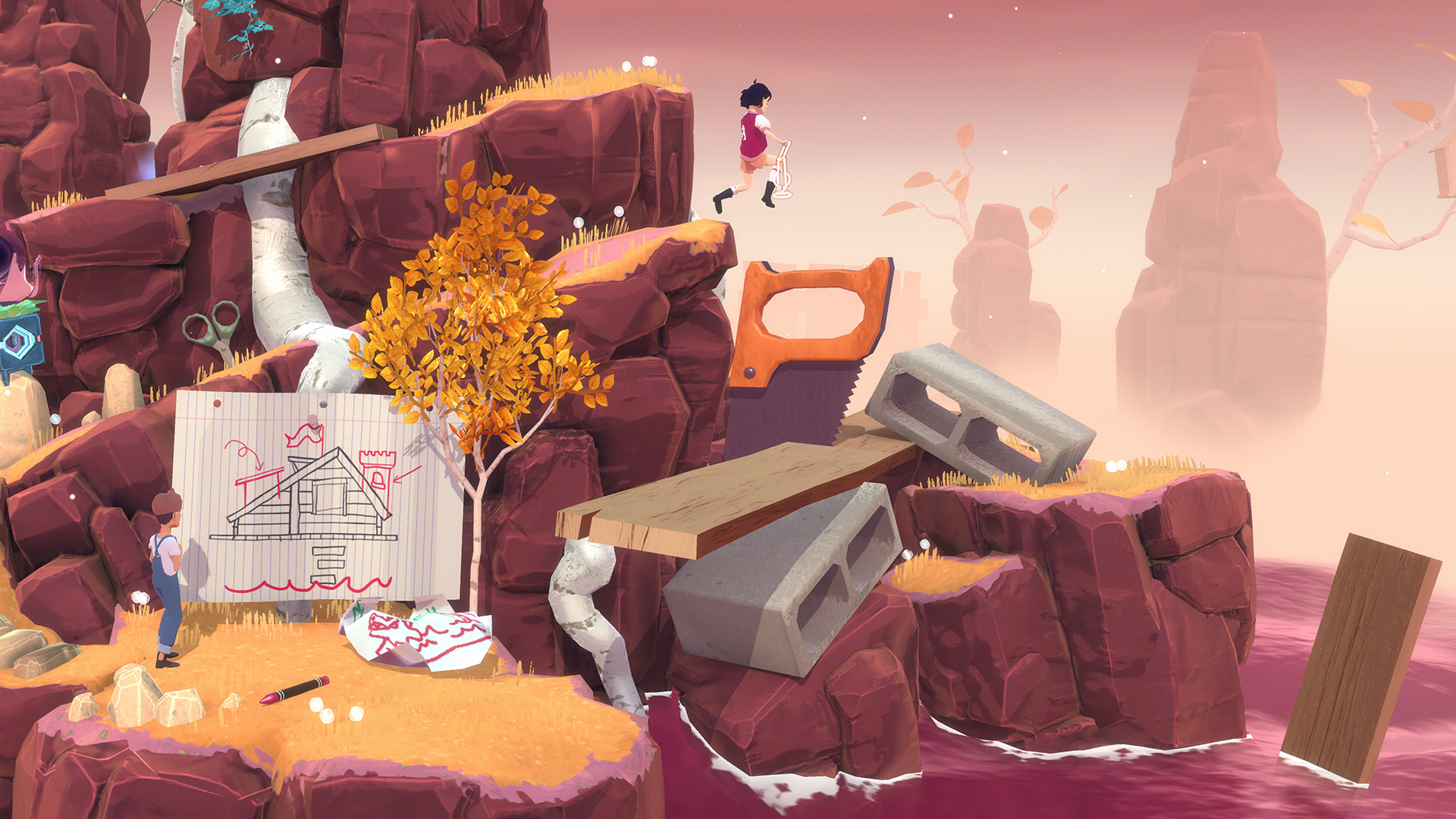 At just $4.99 on the Apple Store for the iOS version, I say sure go ahead and grab this right now. The experience is totally worth the price tag. For other platforms such as Switch, PS4, and Steam I think the $20 is a bit high and would be better at the $14.99 price range instead. That said, my suggestion is to wishlist it for now and buy the game when it is closer to the iOS price. It’s well worth the short time involved to play and while it’s not deep with storylines and rather brief, the experience does not disappoint for the casual puzzle gamer.