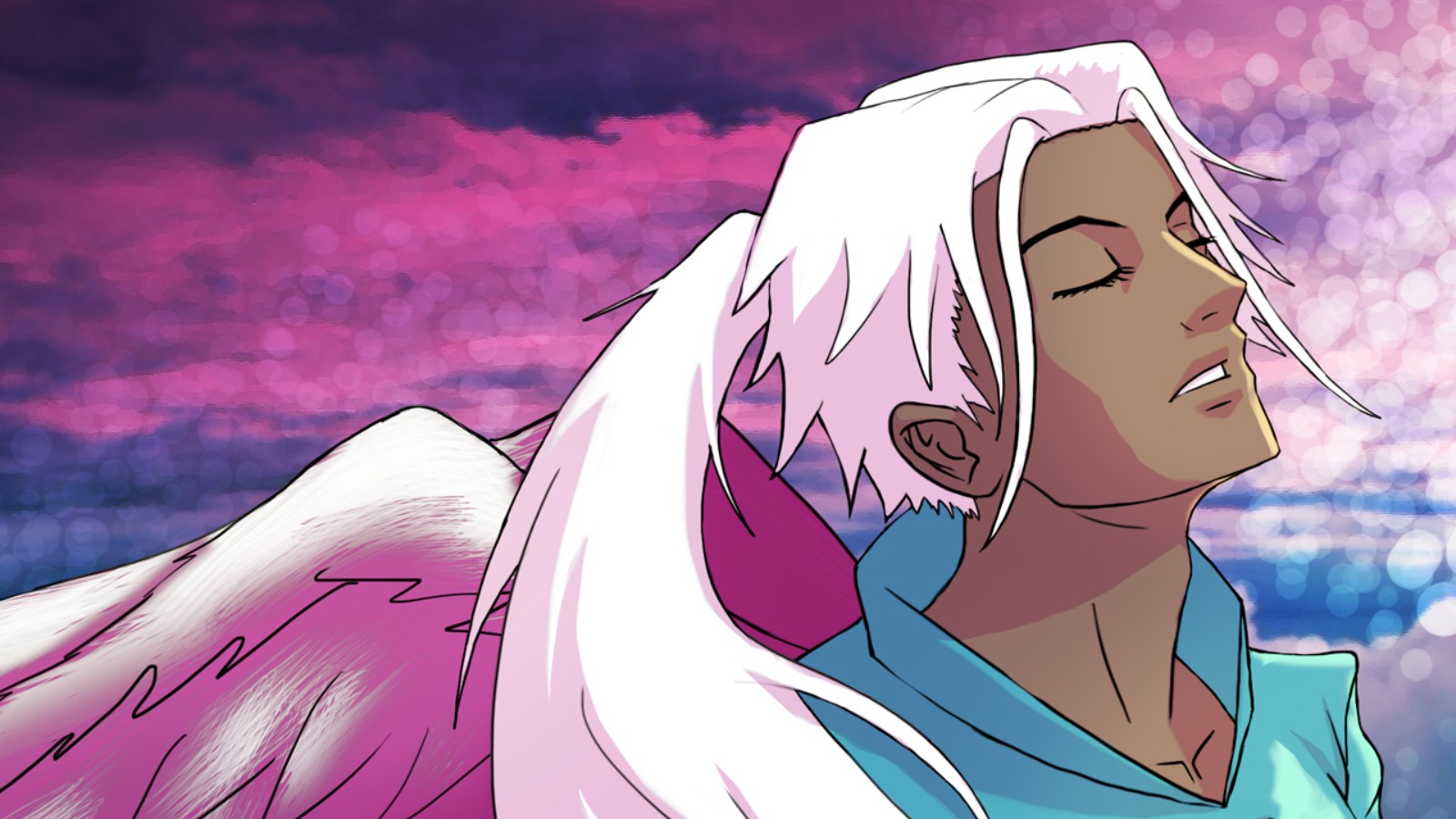 You guys all have great ideas, but I have a better one: give me a slice of infinite pizza.

We all download apps for our phones, whether they are games, learning tools, or just social media apps. Who wouldn’t want to take the very thing they like on the go with them, or have easier access to a site without having to log in through a browser? What if one day a mysterious app popped up? Would you open it or would you try to delete it? Assuming it wasn’t a virus of some sort, of course.

In this case, we get one that acts like a messaging app. However, instead of being able to talk to anyone you know, you are connected to an office in Heaven. Linking you to five archangels and their supervisor to carry out a miracle for the first time in 400 years. With you being alive and all, this app lets you communicate with the angels without dying as Heaven is closed off to humans till they die. No pressure or anything, but we gotta get this miracle right.

After setting up your name, profile picture, and preferred gender (female, male, or non-binary), you get straight to the action. Despite the differences between regular visual novels and Miraclr, they both play the same with the only difference being the way they story is told. There are multiple channels available (some being group chats, some being direct messages) that the archangels will send messages in, with you putting in your opinion from a couple choices from time to time. But the main catch is that this happens in real time rather than it pausing whenever you close the game. Conversations will still take place despite you not being there and any responses you can put in will come and go.

Since your relationships between the archangels depends on your responses towards them, Miraclr does try to respect your time throughout the seven days you play (in real or game time). Every day you will have three meetings to go to – morning, evening, and night meetings – that you can set the times you will be most available so you can attend. If you forget or just wasn’t home to catch it, the meeting will still go on without you and cost some relationship points. The conversations that happen in the general group chat or in direct messages are dictated by your meeting time parameters, as the day starts with a morning meeting and ends with the night meeting.  Each choice has a timer till the conversation will just continue on, which is generally around 50 minutes, unless the conversation was already going then it would be more around two to five minutes to respond.

The choices you make do have some impact on the story or towards the characters. Whether it be in a small way, such as affecting your relationship with an archangel, or a huge way, like affecting the ending. On the fourth day, your decision there will affect the rest of the remaining three days as you pick which miracle to enact. 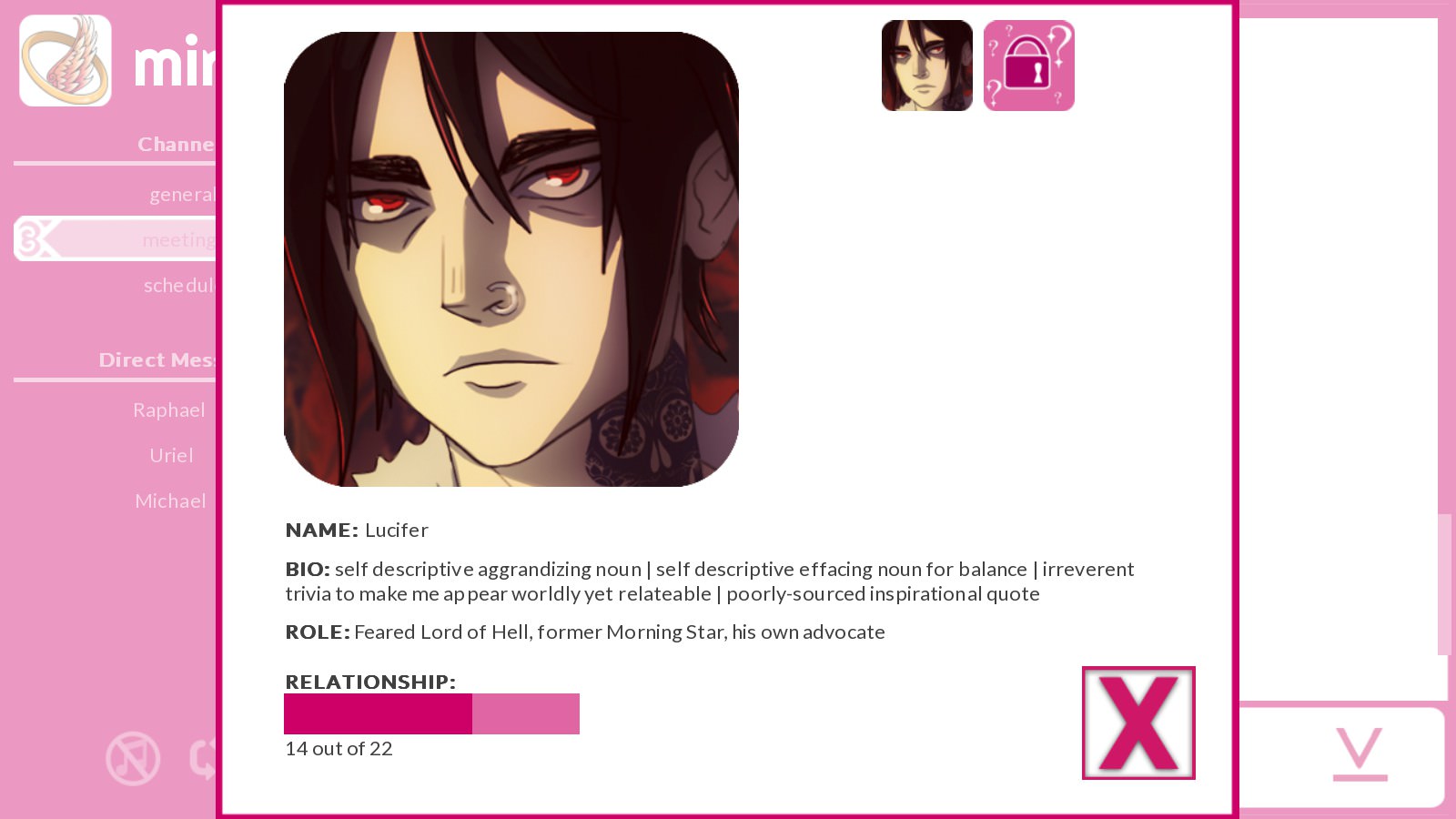 A problem this could have easily gotten into was making the messages seem too forced or not how a real person will type. Luckily, Miraclr does not fall into this trap. Each archangel has their own personality that you can easily sense and their messages throughout the game seem like something someone will actually type. Each archangel in turn has their own profile that has their information on it and an ability to change their profile picture to your favorite unlocked picture of them as well. On that note, the art is well done and I loved the majority of the artwork. This is important due to reactions shown when an archangel wants to express an emotion in a more exaggerated way than what text can show and of course the profile picture you will see all the time.

With this Steam version containing all paid features already unlocked, you can use those features to make it even more convenient for you. Missing a choice can be resolved by either clicking the option to rewind back to when it first popped up or you can restart a whole day (which is really helpful when trying out each route). If you can only check the game during meetings, you can opt to skip to next activity in general chat or direct message and log out till the next meeting comes up. Or perhaps you have an hour each day to play this, you can also skip to the next meeting till the option to skip to the next day becomes available. And of course you can skip through all seven days if don’t want to wait a week to get through the story. 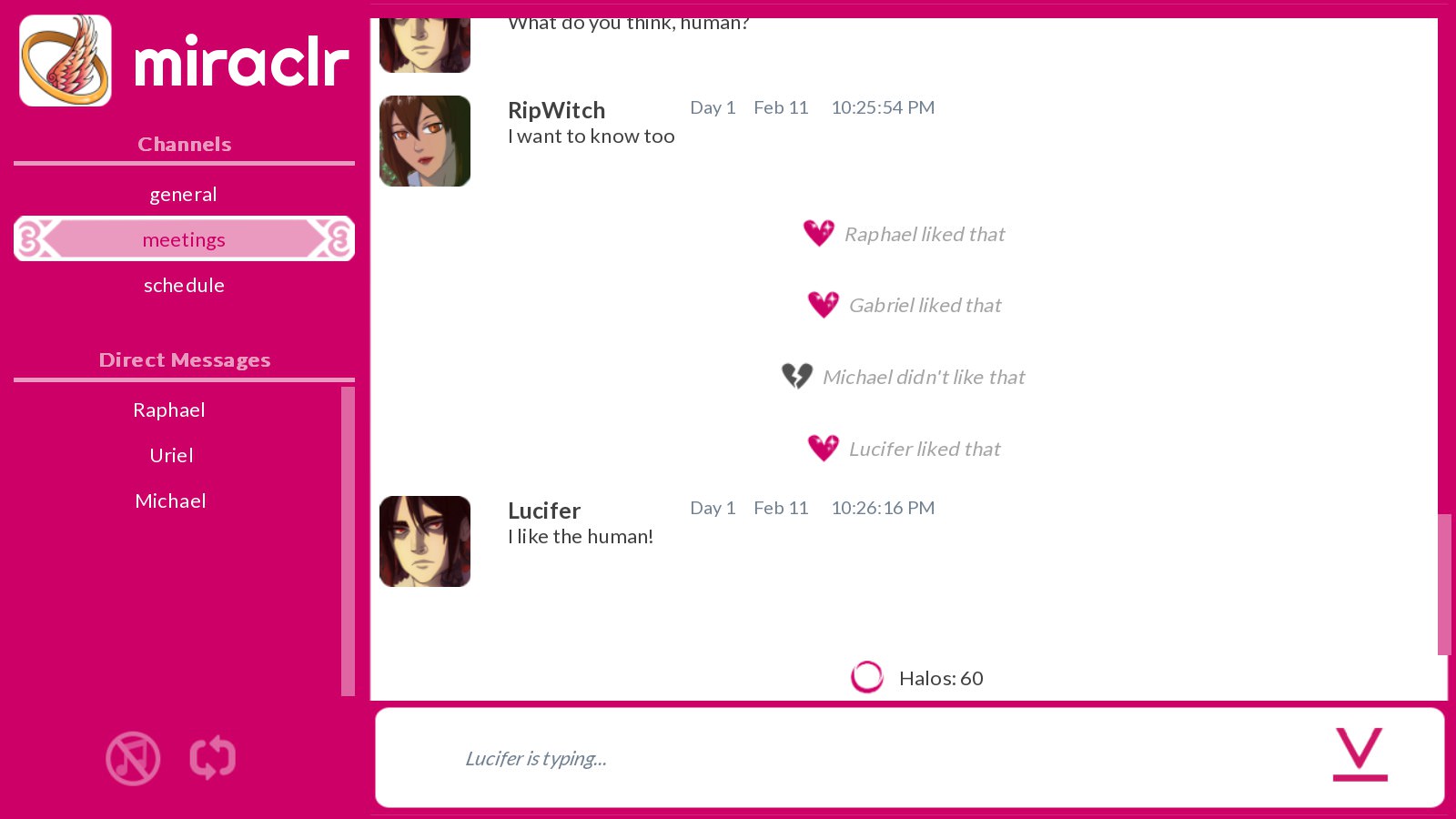 I can’t lie, I picked this up solely because of the trailer that made me smile the moment I saw it. I totally expected this to be a super cheesy dating simulator that I can spend my days cringing at as I collect some shirtless pictures of angels. To my surprise, the actual product is the total opposite of this expectation. There are still jokes scattered throughout, but this is played seriously enough between all the archangels. The jokes don’t hit their mark constantly, but when they do they are hilarious as they lean towards jokes your co-workers might say during breaks. And sure, you do get some shirtless pictures, but there it weighs heavily towards getting to know the angels before you actually get these pictures with some locked behind their respective paths that require you to build up a relationship with them beforehand (which isn’t that hard to do). 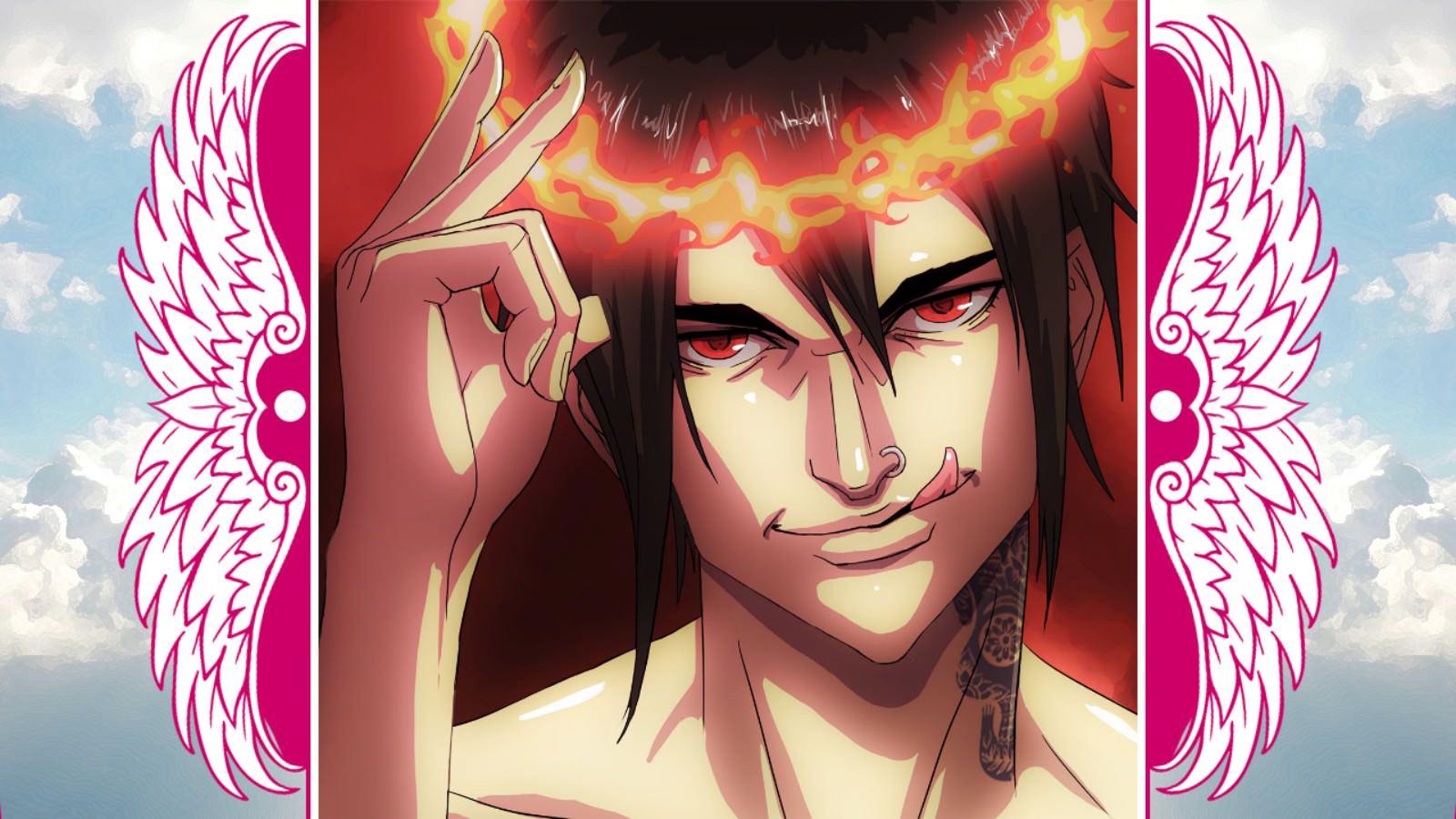 The closest example you can make to Miraclr is Mystic Messenger. While I have never played Mystic Messenger before, and I certainly want to, they both share the same basic premise. So, if you wanted another game like Mystic Messenger, Miraclr will fill that void or vice versa.

While my experience may have been filled with a few bugs, yours will not be, or at least not for long. The developers are really good at trying to fix whatever problem you may have right as they become aware of it. There couldn’t be better developers attached to this game. 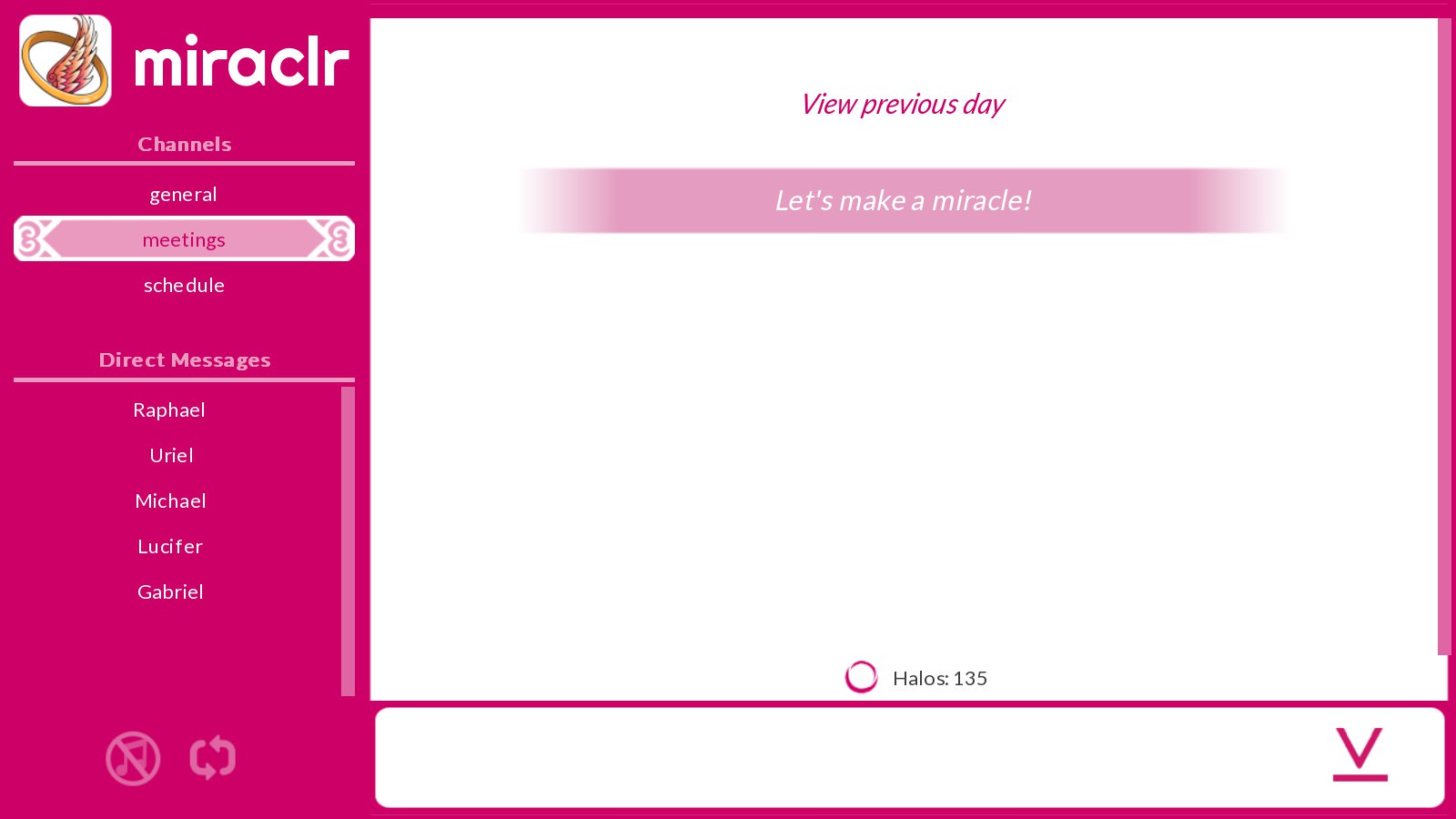 Miraclr – Divine Dating Sim became something that I was not expecting. You would think you’re going straight into a cheesy dating sim, but when you get into it, it’s not. The story has a nice balance of being serious and being silly and the characters talk like they could be real people (unless it is not supposed to be a real person). I enjoyed the whole time I was playing and even had a  moment when it was suddenly 8PM and I wondered where the day went. Pick this up if you’re interested in this type of story and don’t worry about how cheesy it might look in the trailer.