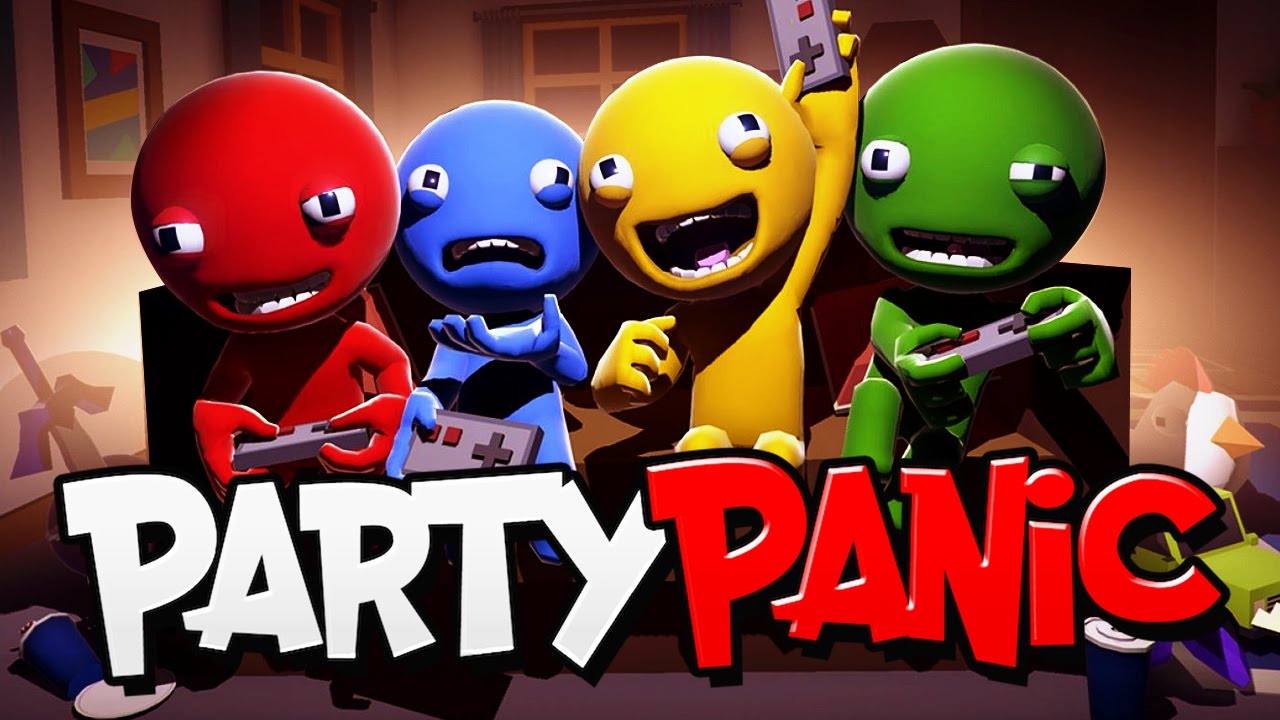 A Mario Party-like straight onto our beloved computers!

What a time to be alive. I recently reviewed YamaYama, a party game for 4 players based around mini-arenas in which the aim is to push opponents and I regretted that the 2D lacked physicality. And here straight after we have Party Panic, in 3D and with a lot of content. Is Party Panic going to be the definitive version? Let’s find out!

Party Panic chose a simple art style with goofy characters, and you know right from the start that you are here for the laughs. There is a whole range of hats and outfits that can be found in loot boxes so that each player can customize their own little avatar before a round begins. If waiting for someone to choose their perfect hat is boring to you, fear not because you can use the opportunity to punch them in the face and wreak havoc in the house. And then the four players (completed with competent bots if Skynet has risen and there are not enough human players) battle for points in a series of mini-games.

I found the mini-games to be hit or miss. There are the classics like “the floor is lava” and “bumping someone off of the map” that never get old, but also a boring “bounce on immobile zombie heads”, a dreadful “search bushes for gems” or that “boxing” one that sounds fun but the time stunned is way too long. The vast majority of these are good and entertaining so that the weaker ones do not harm the enjoyment much. Even better, the developer is planning to add the possibility to customize which mini-games are in the selection. Awesome! What I am not too sure about is the fact that it is not a zero-sum game, meaning that everyone can collect as many points if they perform well and there is not one single winner. The points contribute to an overall score that will determine the true winner. I am not too fond of this system because it often pushed players to just optimize their own scoring rather than having to strategically band against a specific player or these sorts of things. But that’s just a small nit-pick, in practice it just works and people have a good time. 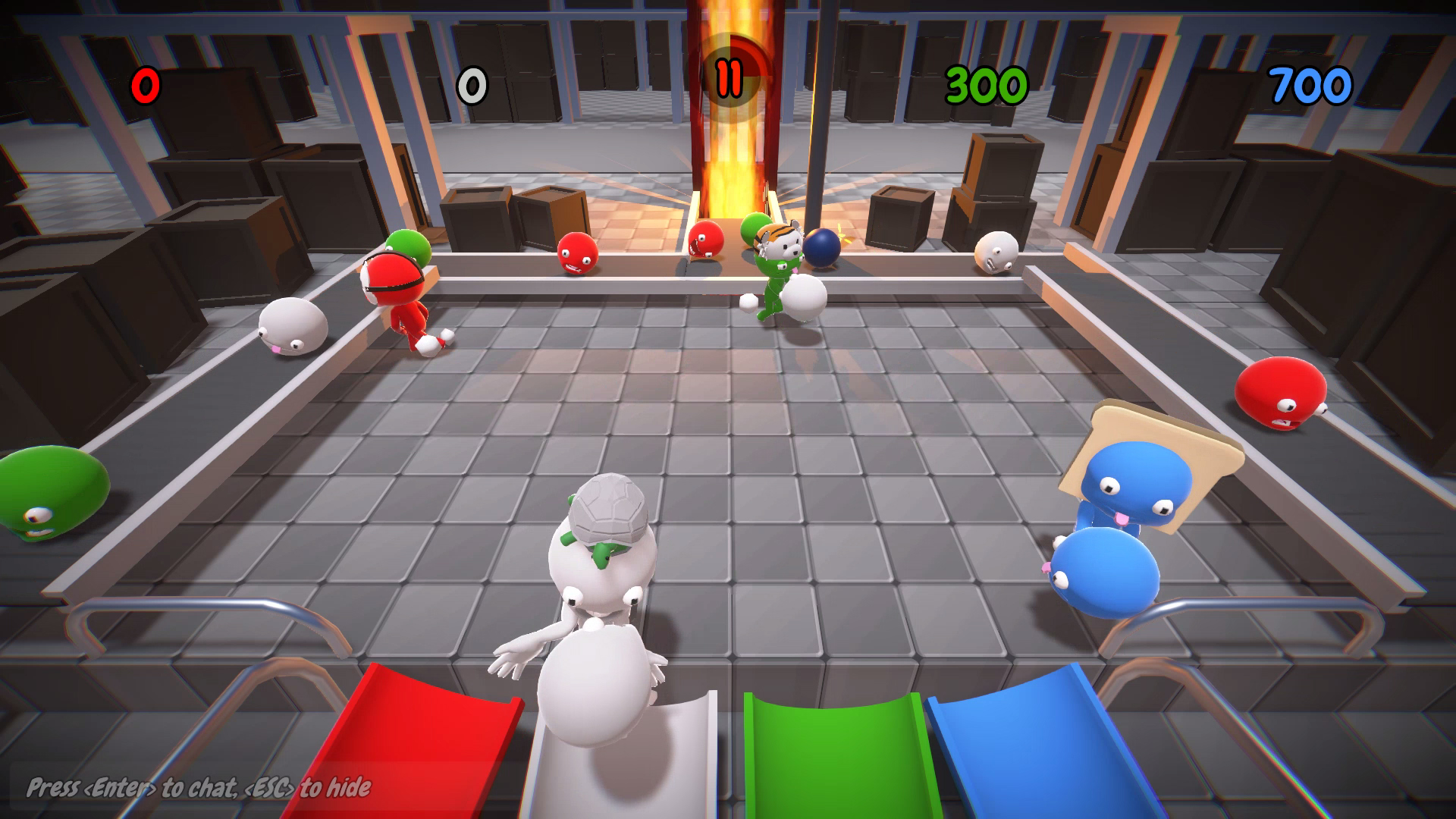 Besides the mini-games there are two other game-modes. One that I absolutely love, the gauntlet. Pick a number of traps, and the game chooses them randomly from a selection to form an obstacle course as some TV shows do. Some obstacles are hilariously infuriating with tons of spikes and axes that are nigh impossible to dodge, and succeeding is exhilarating. The other game-mode that I absolutely hate is trophy island. The game drops the players there without much of an explanation, it’s just some sort of huge sandbox playground with secrets to find after succeeding all sorts of trials and exploring the map. I guess that the more patient explorers will have a good time trying to find the secrets, but it’s not ideal when looking for immediate fun. 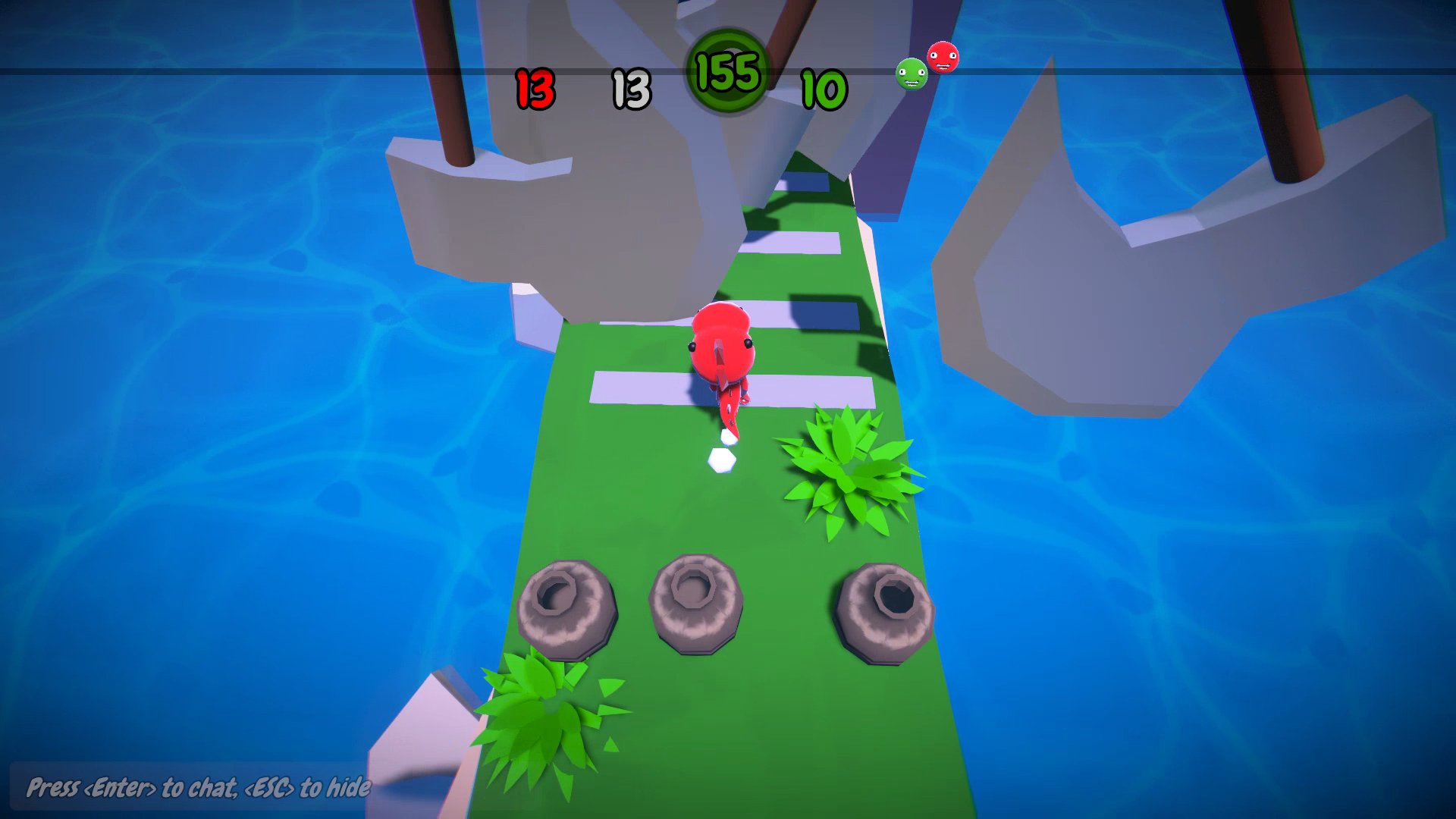 The game can be played in single-player with bots only for the mini-games, so there is not much of a point if you are alone. Local play is the best for this game. All the game modes can be played online, there is even a server browser and as I write these lines there were many lobbies available. And the lobbies are quite fun, it is possible to move around, kick other players and mess with the furniture. Online play is not exactly perfect, the menu is very fiddly to use, sometimes people have some buttons that fail to respond, and there can be various degrees of lag that make the fighting appear more random than it really is. Unlike many other games, key rebinding is possible. I will also add feedback from another review, JimDeadlock:

I’m a Linux user and am happy to report that it works almost flawlessly. The only glitch I found – and this may not even be a Linux issue – is that with my Xbone controller the right-stick doesn’t move the camera. My Steam controller worked perfectly after giving it the recommended setup in Steam Big Picture mode.

Considering that this was all developed by a single person, overall it is quite solid despite being rough around the edges. 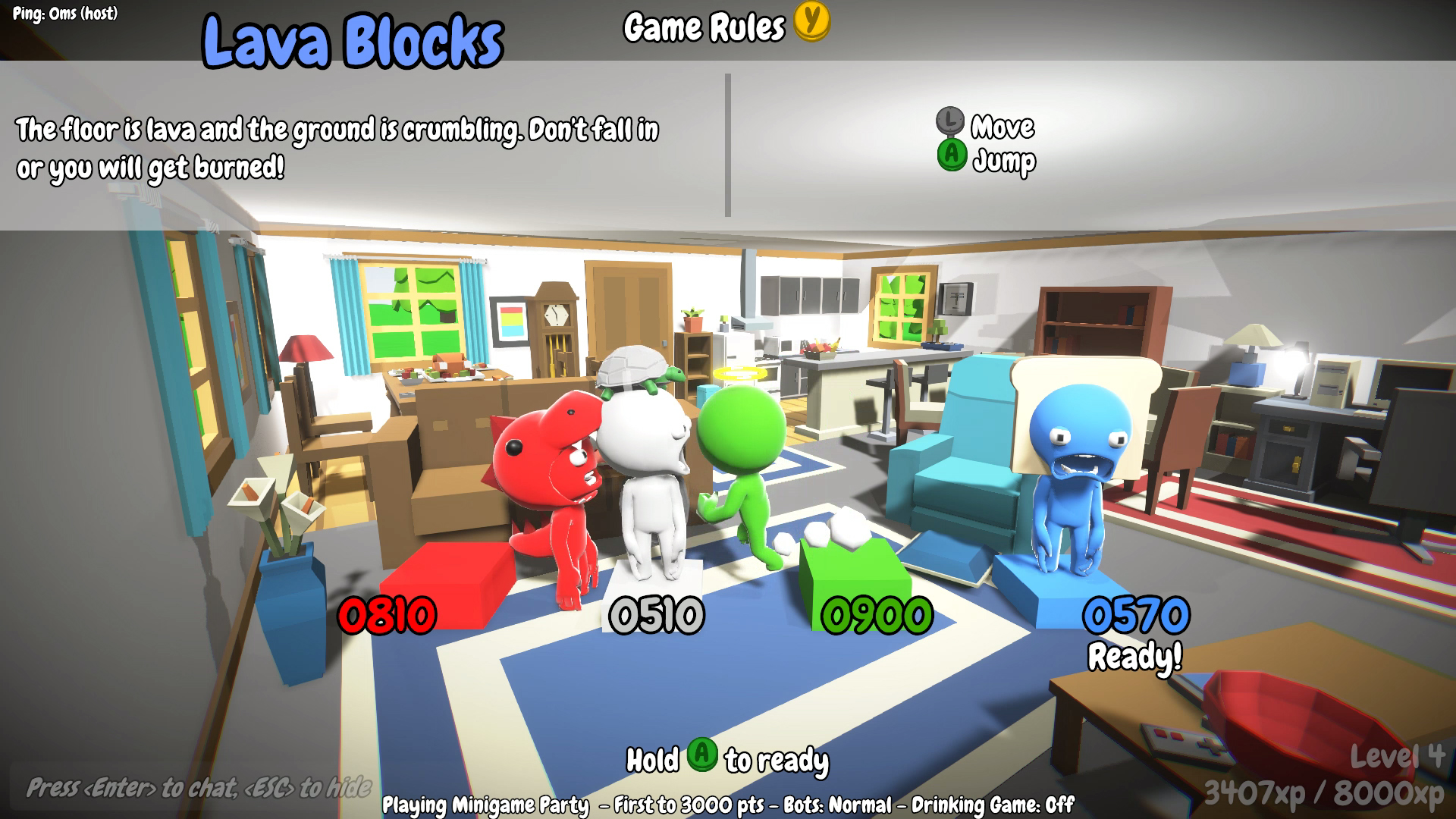 Which party game to pick?

The main difference with YamaYama is that the experience is more diversified, however, YamaYama is consistently good while Party Panic has ups and downs. In terms of longevity relative to fun, Party Panic takes the advantage. You laugh more in this one, and over a longer period of time. There are so many mini-games plus the gauntlet that several hours can be sunk into the game. Before I write my own conclusion, here are a few more words from fellow reviewer JimDeadlock:

The mini games, are non-stop fun and hilarity! This is my first experience of this type of game – I normally stick to quiet, singleplayer puzzlers and suchlike. Everyone was bashing their opponents, sabotaging each other’s progress, laughing at others’ failures and cursing their own. Organised chaos, with the silly-hatted on-screen characters squeaking and giggling the whole time. Fantastic! 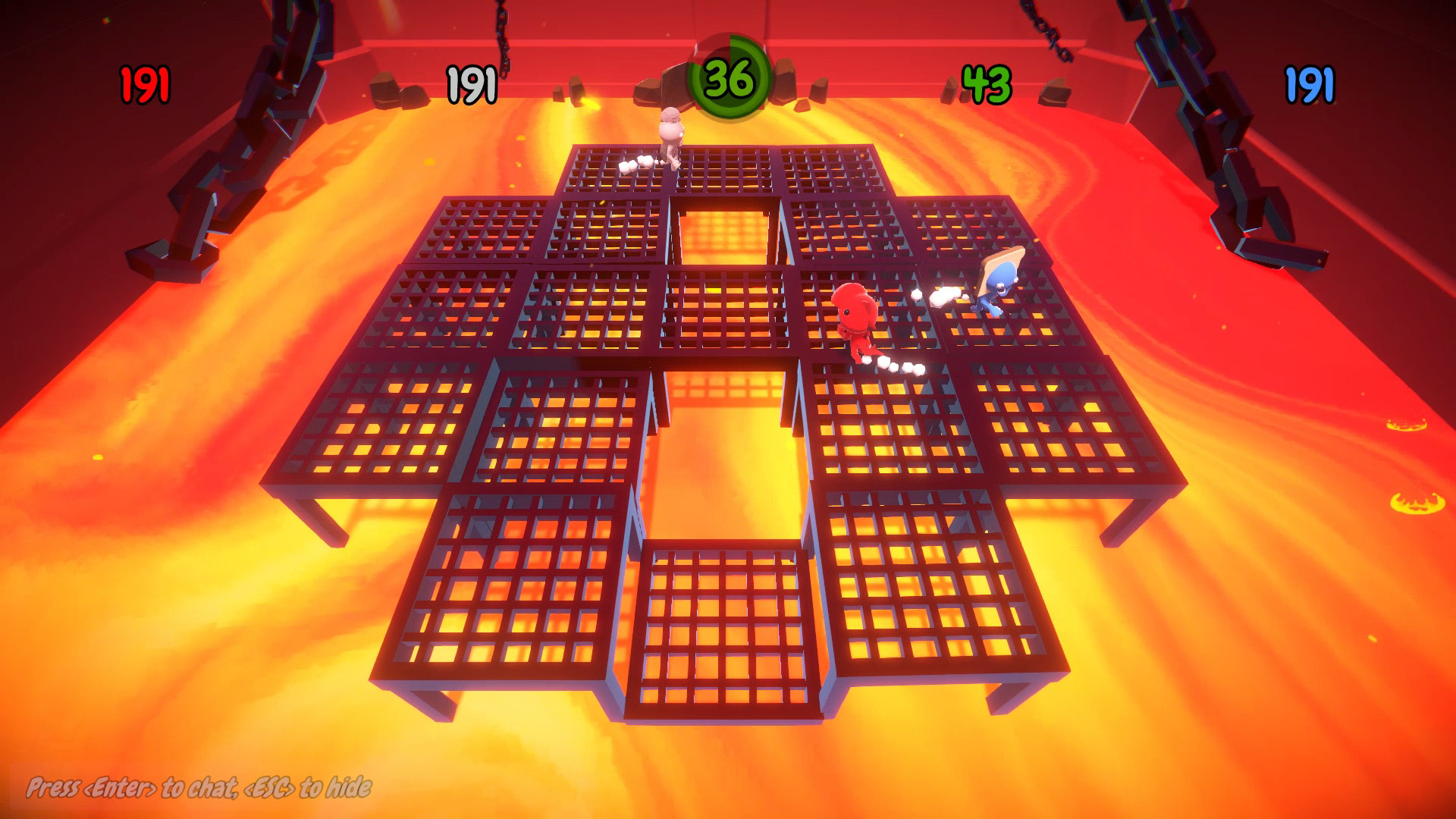 Party Panic is an absolute must-have in your toolset for party games. So far this is the closest to Mario Party that you can have on PC. The game is far from perfect, a bit rough around the edges plus some game-modes or mini-games are a bit weaker. However, most of the mini-games and the gauntlet are gloriously funny and a blast to play with friends. Plus it can be played online!