YamaYama is a Mario Party mini-game transformed into an entire game with a weird art style.

I absolutely adore 4-player games for evenings with friends. My taste for these games started with the Nintendo64, with plenty of games to provide enjoyment as well as bonding over laughter and competition. One of the games in the legendary line-up of the console was Mario Party, proposing a board game as a setting to dive into lots of short mini-games. One mini game, in particular, was about a small arena pitting the characters against each other while on various means of locomotion that are definitely not fit for use (such as a bar of soap in a slippery sink) and the aim was to send the others falling and remain the last one standing to score. A very simple concept that provides a lot of fun and that is the basis for YamaYama. 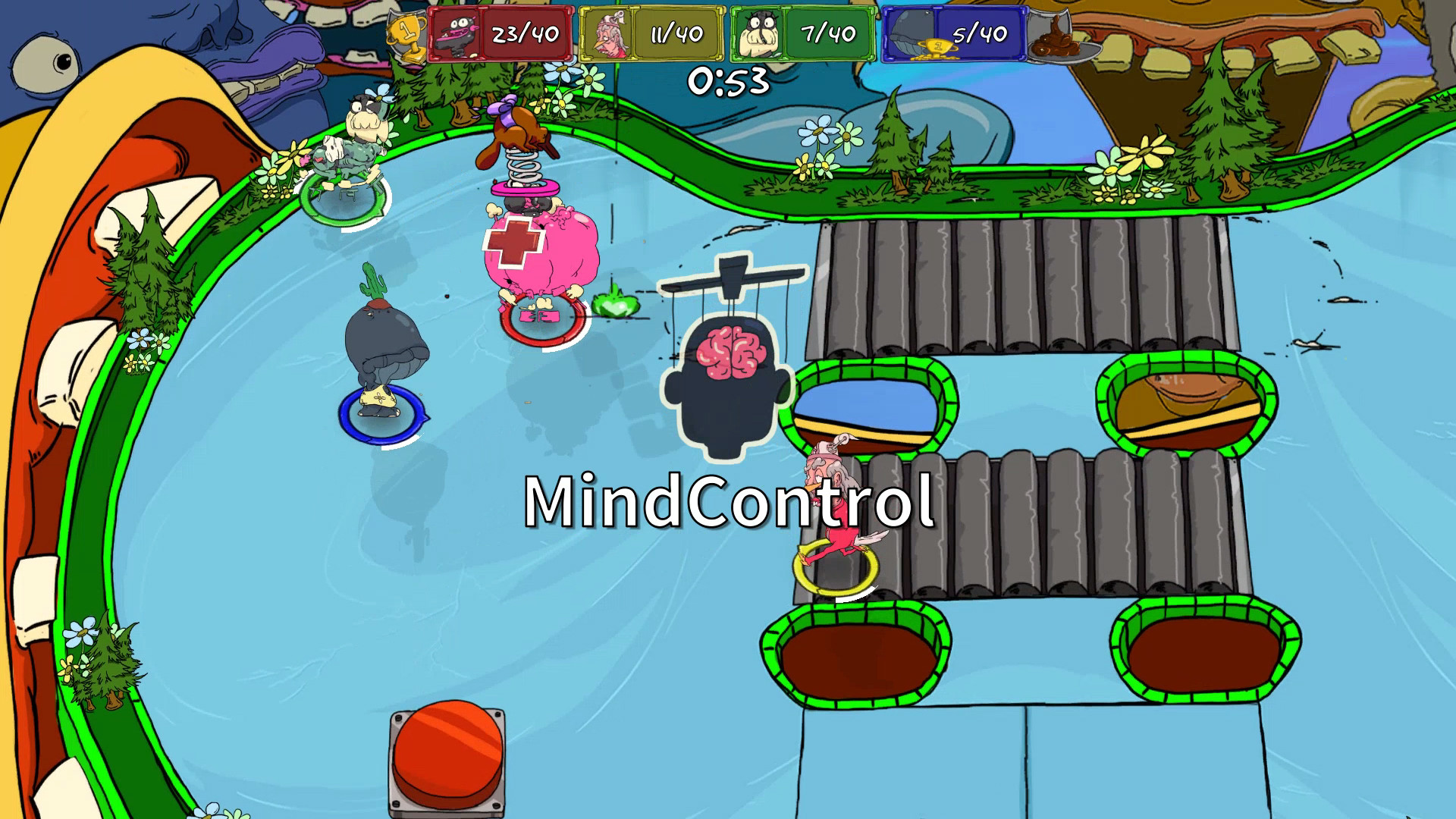 YamaYama clearly understands that slipping is part of the fun as the main arena is on ice. There are other arenas that play differently, and they are brilliant. There is a waterfall (try not to fall off the chute!), or a room wired with electric flooring that just has one single safe spot, and it keeps changing position. To dislodge opponents, here it’s a bit more aggressive than in Mario Party as just touching the opponents is not enough, the characters need to press a button to activate the “fat suit” to inflate and bounce the others. While this gives more agency and control to the players, the lack of “natural” collisions starts to hint at a lack of physicality. Never mind that for now, we are talking about the maps. No, actually, we are done, there are no more maps to talk about. Maybe a few variants on the ice one, but they are clearly lacking in number and in quirks. There is a variant of the ice one with portals to teleport from one side to the other, I would have liked to see more ways to interact with the background and why not the monsters around punching or licking. What the game does not have in

Never mind that for now, lets talk about the maps. No, actually, we’re are done talking because there are no more maps to talk about. Maybe a few variants on the ice map, but they are clearly lacking in number and in quirks. There is a variant of the ice one with portals to teleport from one side to the other, I would have liked to see more ways to interact with the background and why not the monsters around punching or licking. What the game does not have in map variety, it makes up for it with the number of game modes. You can play tag, you can try to grab a falling pig, you can hold on to a platypus to score points, there is a player on fire that others need to avoid and many others. A ton of cool game modes, but the game keeps cycling between too few maps and not enough funny and memorable levels. 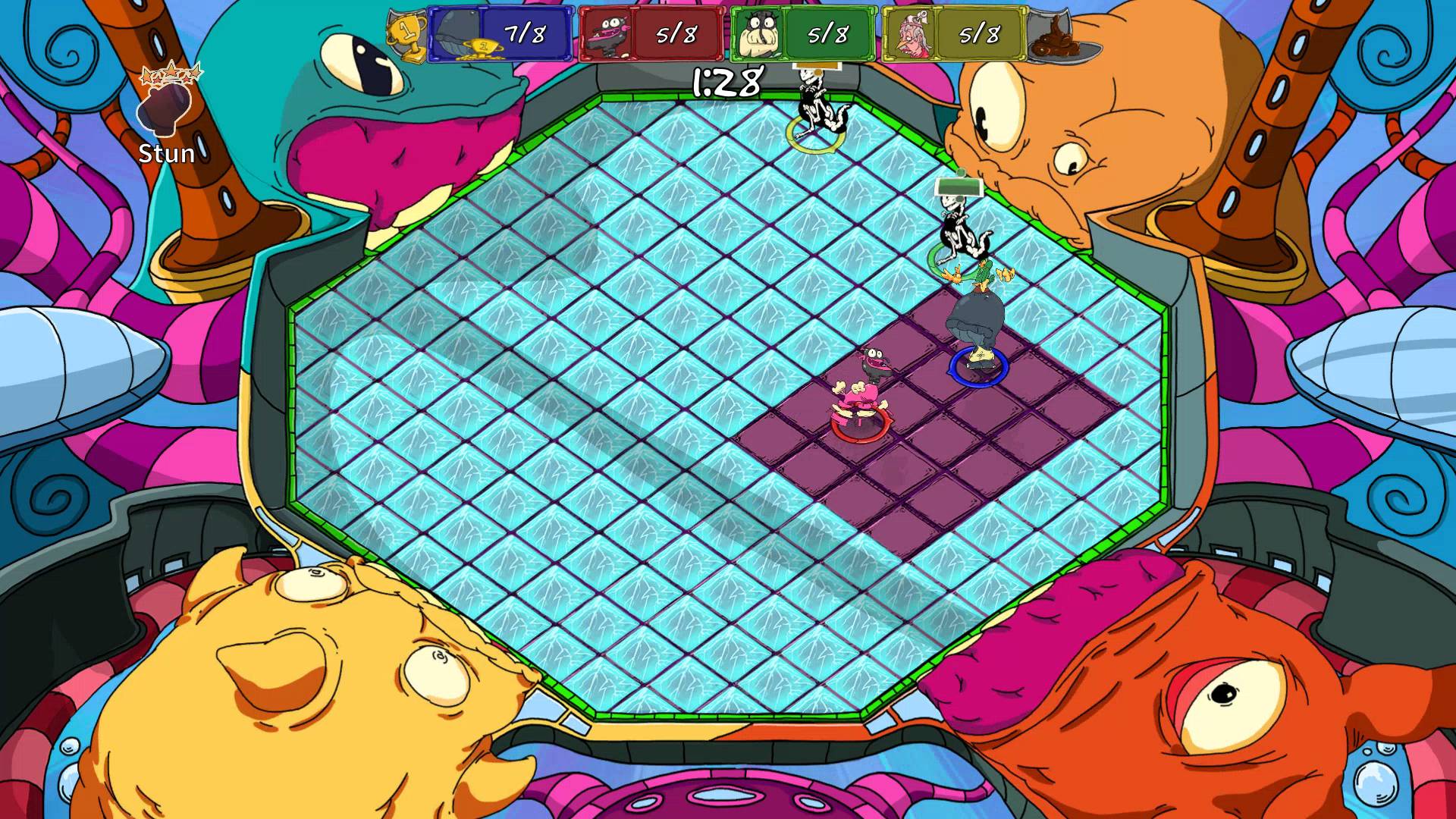 The art style of YamaYama makes it feel really unique. Gross and disturbing with creatures that almost peel off their skin to express their disappointment in defeat, monsters that lurk around the arena with greedy eyes and open mouths… I like this kind of stuff, but sadly I am quite certain that it will repulse many potential buyers. Especially for a party game, having one person out of four that refuses to play is enough to kill it. While I do enjoy the weirdness, I am less convinced by the choice of making such a game in 2D. The problem is how it handles depth and, once again, collision. The cloud of dust behind some characters that are sprinting can overlap with background elements in a way that screams “fake cardboard cutouts”, same with the conveyor belt traps whose corners can sometimes be deployed on top of what is supposed to be a hole or the solid edge of the arena. The objects are not harmoniously layered, they reveal that the arena has as much physicality as a desktop background and it detracts from believing in this strange world. It feels as if we were just moving photographs on top of a page from the comics rather than being inside the panels. Whereas if the game had been made in 3D, everything would naturally have volume and more physicality in the universe of the game. But I guess it’s an entirely different kind of work that would have been needed, and the result would not be so sharp and detailed in its strangeness.

I guess it sounds like I am not satisfied with the game, but in truth, I find it a worthy addition to my collection of best games to bring to a party. The game provides fun and that’s what matters. Playing this for a few rounds sounds rad, I just think that by itself it’s not fit enough to be the main course. More like an appetizer. 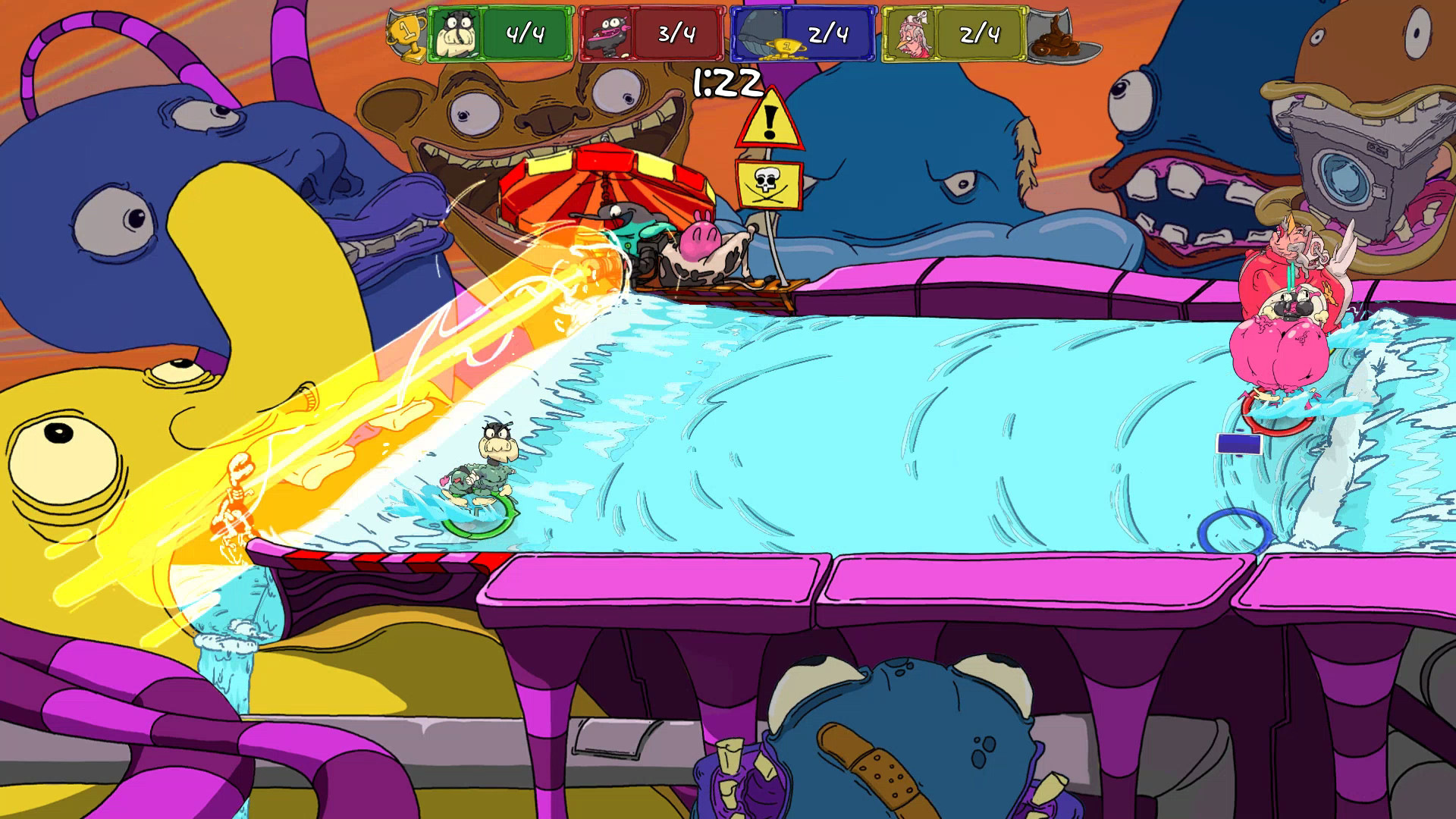 The game lacks the ability to rebind buttons.

It is possible to play online, with friends only but anyway these sort of games never have enough players for matchmakings. However when we tried to play online we never managed to enter a game together, we were in the same lobby without being able to see each other and when we finally managed to launch… the game got stuck on the instructions screen.

On the other hand, a fine addition is the presence of bots, so you can always fill up your games up to 4 even if you are all alone.

I will add the input of another reviewer, JimDeadlock:

Unfortunately this game commits the cardinal sin of being a Unity game without Linux support. Shameful. It doesn’t run in wine either, so I was forced to boot Windows to play it. 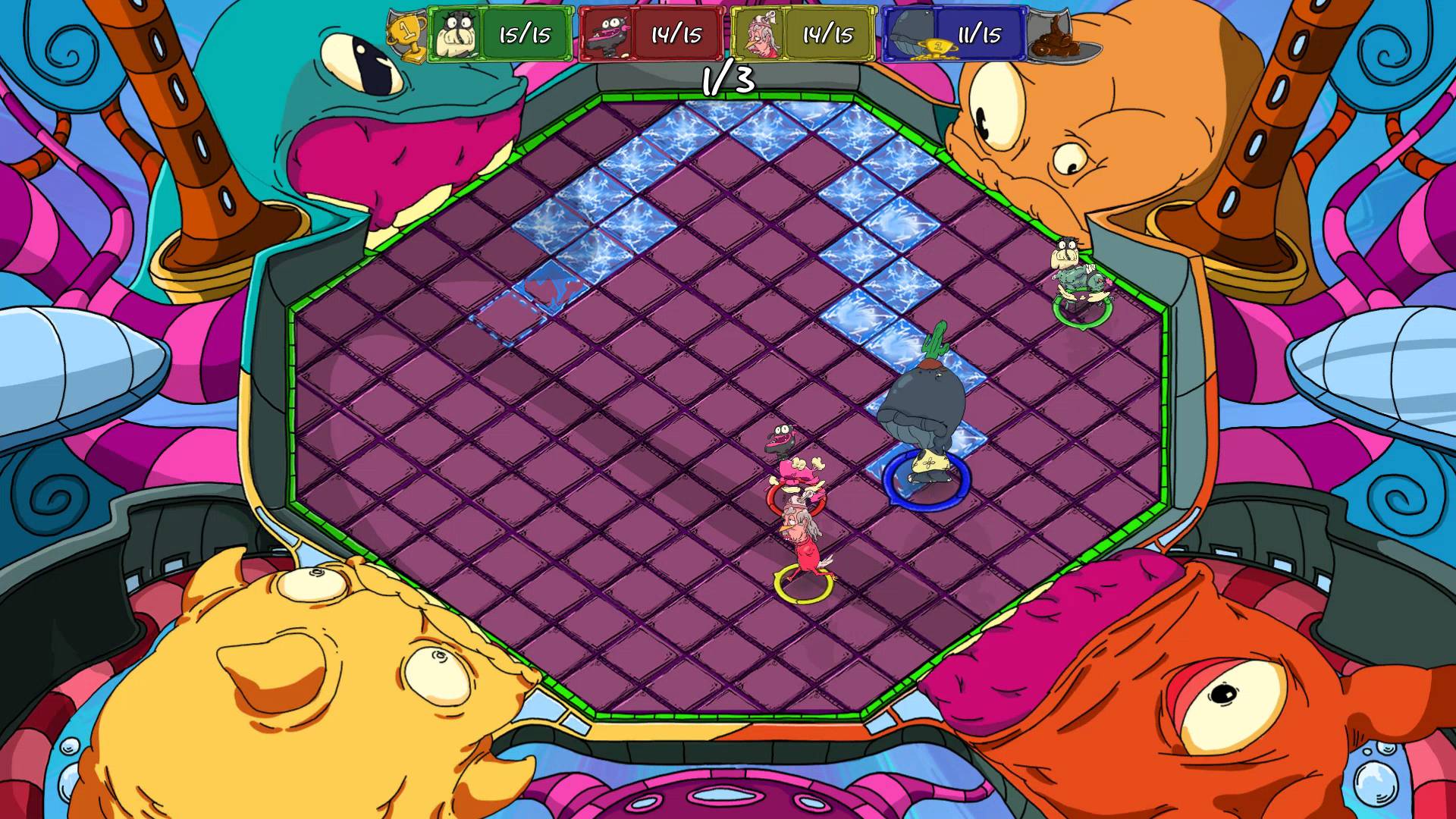 YamaYama is in a weird spot. The rich visuals are great but too daring for a larger audience, and the hand-made look of the gorgeous 2D takes away the sense of depth in the world. There are many game modes, but not enough interesting maps to support them. I wouldn’t spend an evening playing just this, however, it fits perfectly into the untapped niche of the top down bounce ’em off mini-game, becoming a solid addition to the party games toolset.