Originally released for WiiU, ZOMBI is a porting not without flaws, but that manages to be carried by its excellent atmosphere and unique mechanics despite the problems.

ZOMBI is a first-person survival horror set in London (UK) several years after a devastating plague ravaged the entire country, transforming people into bloodthirsty zombies. Players impersonate one of the few survivors roaming the city streets, aimless until one day they’re saved by a mysterious man called “Prepper”. Under his guidance, survivors will learn how to endure through the apocalypse – and maybe find a way out.

28 Months Later
ZOMBI is vastly successful in delivering a bleak, depressing and tense atmosphere with all of its locations, just as it should be during a world-ending zombie outbreak. Threats such as the undead, traps or dangerous environment lurk behind every corner, while the death throes of London can be heard far and wide. In addition the clever use of fog, smoke and other impairing effects makes it difficult (by design) to see what’s ahead, rendering each location much more claustrophobic. Streets riddled with devastation and stories of now ordinary madness complete the picture.

A survivor’s legacy
The way death works in Zombi is unique and intriguing, as well perfectly fitting with its mood. When players die, their previous body becomes a zombie – afterwards they will impersonate a new survivor, losing all inventory and acquired weapon skills. The loot can however be recovered by going all the way back (with usually minimal equipment), defeating all enemies and retrieving the backpack. Dying while attempting recovery means losing everything for good. An optional mode makes death truly permanent, a welcome addition for those who fancy this kind of thing.

Scavenger life
Low inventory space and generally scarce resources make survival around London a scavenging mission more than anything else. Each area is in fact dotted with multiple secrets, hidden codes and alternate paths to discover, usually resulting in caches of items to loot. Some of these areas will only be accessible later on, once the correct ability is acquired. This factor makes exploration more compelling, along with lore files and documents often found in such secondary areas, which are a good diversion. 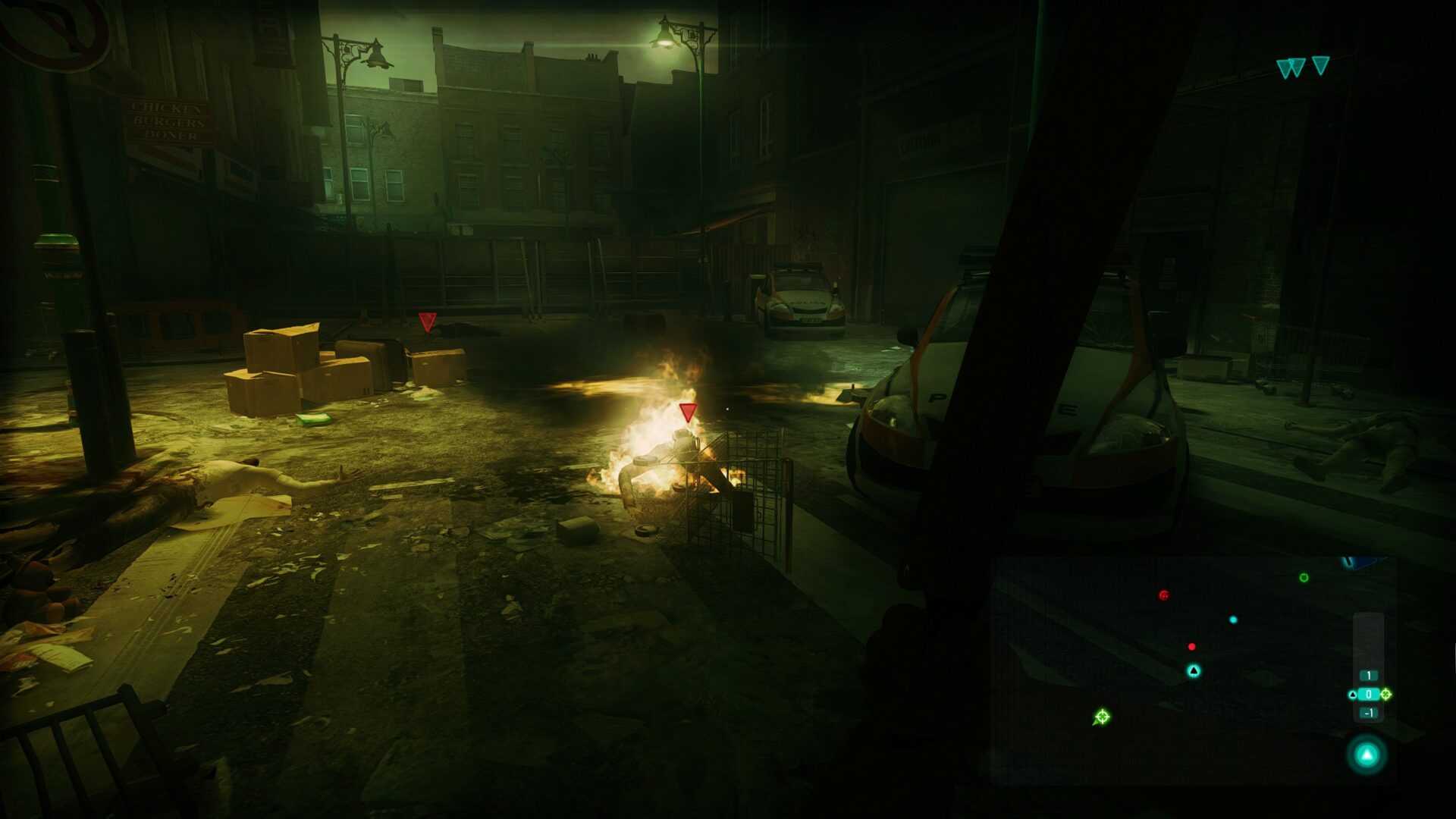 Mediocre porting
Even if the game works fine most of the time, there is a number of issues and lack of features. The absence of options to remove blur and other distortion effects like vignetting makes the game excessively “dirty”, while there also are not detailed graphical settings besides resolution and Vsync. The controls have been adapted to PC but not without issues, such as inventory management being clunky. Aiming with guns feels inaccurate due to unreliable mouse input handling, same goes for throwing.

Didn’t I kill you already?
One of Zombi’s worst flaws is the lack of overall variety in multiple fields. While it’s true there are multiple weapons for each category such as Rifles, SMGs and so on – they all play out in the same way, with the same firing model and ammo, or melee attacks types. The same goes for enemies, totaling five with two of them only found rarely. It will always be the same zombies with similar attack patterns for the whole game. Weapon upgrading feels underwhelming with barely noticeable changes, while most gadgets like Flares or Mines are gimmicks one won’t use much as it’s not practical.

The apocalypse ain’t so bad
Even on the highest possible difficulty, ZOMBI doesn’t prove to be challenging enough for a survival horror experience. Melee is overpowered as it can stun-lock any individual enemy due to lack of any Stamina or fatigue system – enemies can be kited around and are generally slow so picking them off is quite easy. Ammunition later in the game becomes way too plentiful, same for medkits and explosive throwables, making even the biggest zombie packs just an annoyance. The fact the Scanner can highlight all items in any location and has unlimited usage makes looting a cake walk. 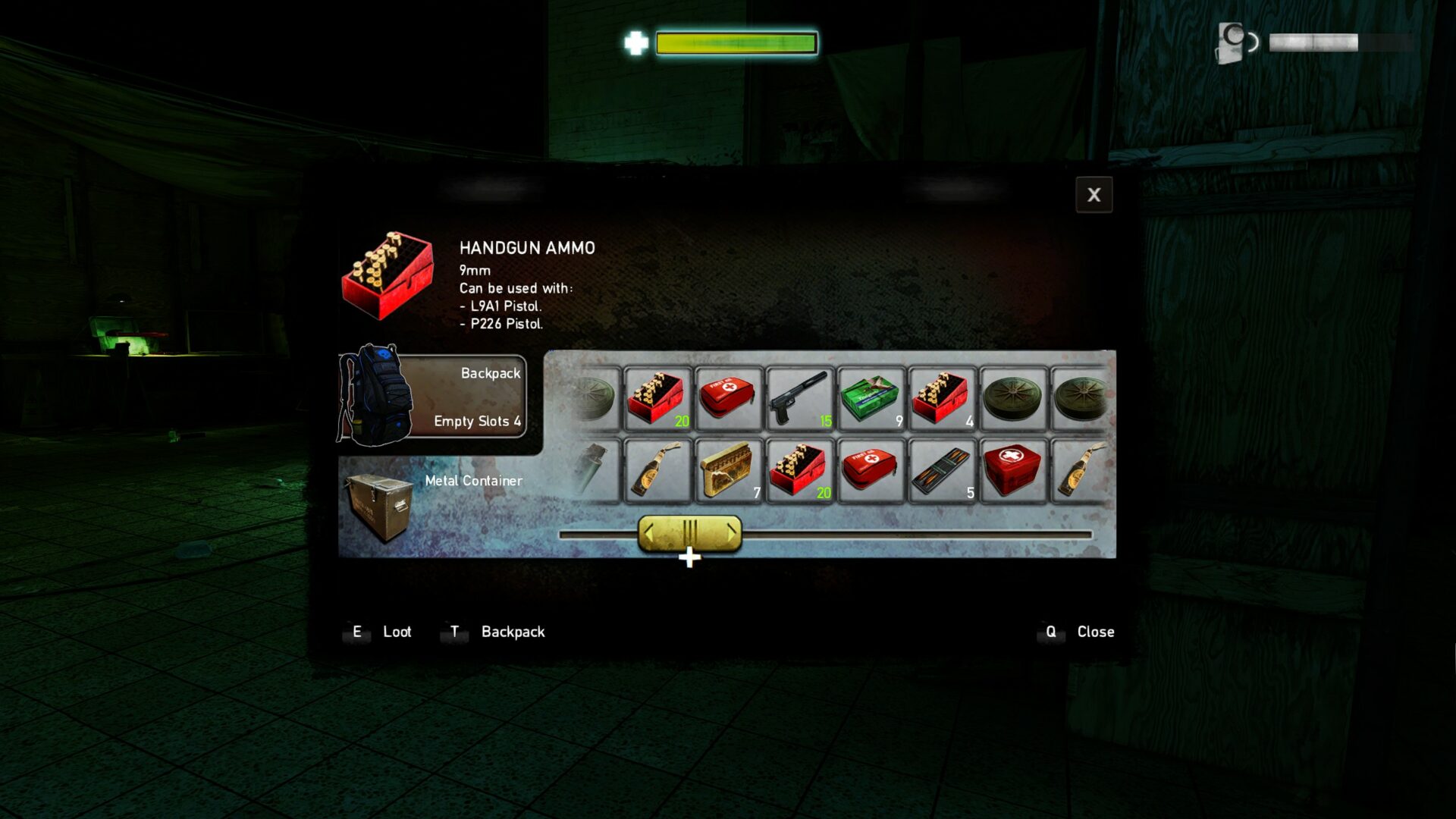 Exploration
Is performed on foot, through the devastated streets of London, underground bunkers, sewers and metro stations. The main activity at all times will be looking for new supplies such as ammo, medical items (which include food) and throwable gadgets. Containers and even corpses can be scanned with a specialized tool that will reveal if they contain something worth looting.

Many doors and paths will be barred initially, as the Survivor will acquire tools like lockpicks later on to open more paths. Enemies respawn though not quickly at all, so clearing an area to loot in peace is worth spending time for – each major zone of London also has a CCTV box that can be hacked to reveal the whole map of the area, only marginally useful since it can’t be zoomed out.

Combat
Plays out with either melee or ranged weapons, with the former being the main choice until very late since ammo is not plentiful at all. It really feels like combat balance is broken in the PC version, as melee is terribly overpowered, fast and without limitations of fatigue to be seen: any 1v1 fight is basically an auto-win. Still, enemies do hurt quite a lot, and 3-4 good blows will put the Survivor out of business for good. Explosives like mines or exploding zombies can instantly kill the player if they happen to go boom too close.

Character Management
Consists in organizing one’s inventory and stash back at the Safe House. The system is straightforward, with each item occupying one slot regardless of actual size – which is old-school but unrealistic. The fact some items just cannot be removed from the backpack such as the basic pistol or melee weapons (even when one acquires a better version of both) is quite stupid. Items can be assigned to quick keys (1 to 4) but have to be reassigned each time one is spent (like grenades) which is another annoyance to add to the pile. Overall fiddly, annoying and clunky. 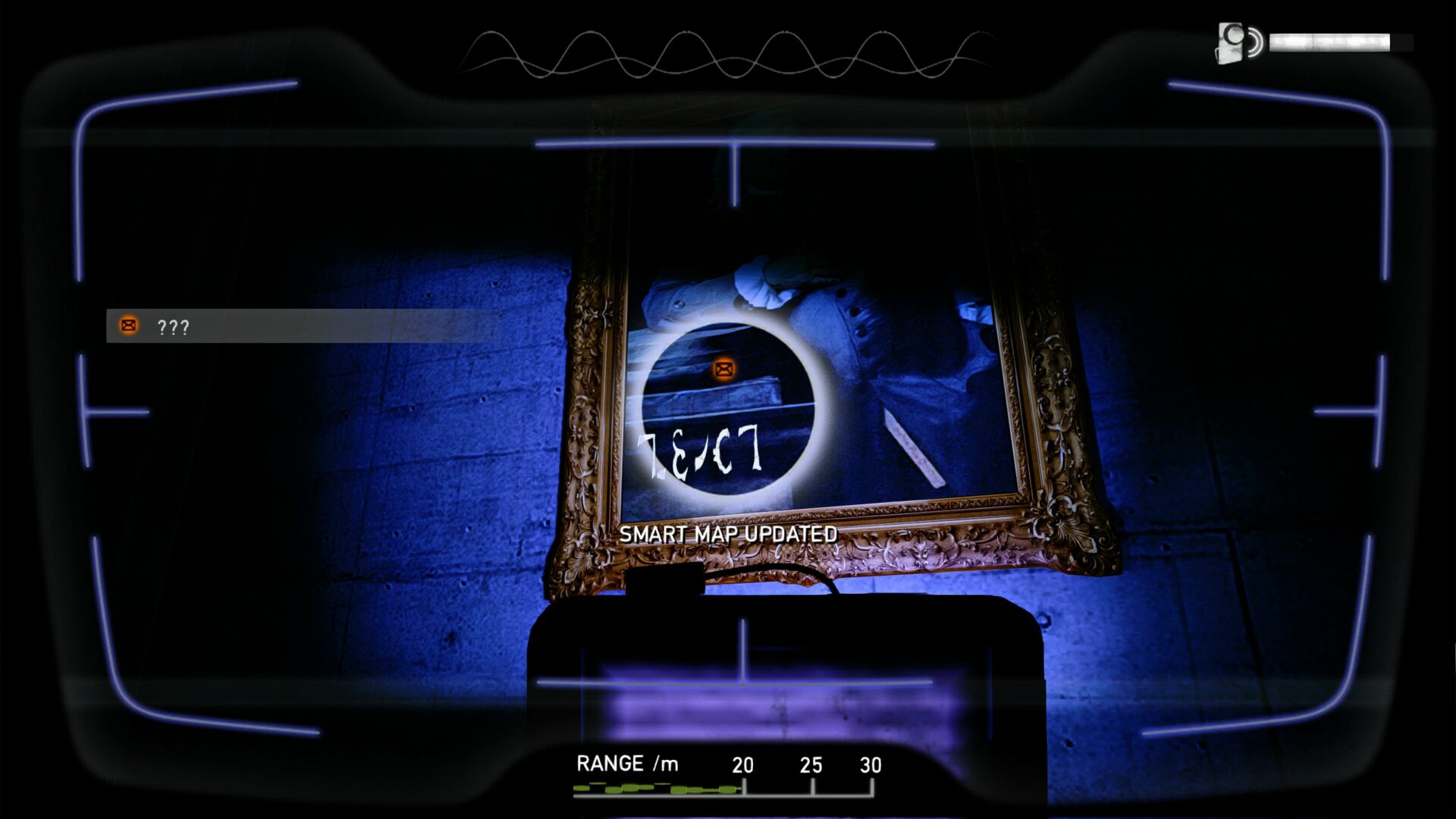 Critical Issues
– May crash on start for some players. To fix set Uplay to “Offline start” mode.

It took me a little over 8 hours to complete ZOMBI, taking time to explore each area carefully and clear the very few side activities. There is no replay value to speak of – for the current price of 20€ and overall decent quality, I’d suggest to wait for a sale before buying.