REVIEW: The Evil Within

From the creator of Resident Evil, Shinji Mikami, a survival horror that delivers high quality gameplay typical of the genre, while introducing an original story concept with elements seldom seen in this kind of game. An overall brilliant piece of work with few flaws to its name.

The Evil Within (TEW) is a third-person survival horror set in the present times and directed by Shinji Mikami, the original Resident Evil’s designer. Players impersonate detective Sebastian Castellanos, who is called along with his two teammates at Beacon Mental Hospital, where a suspect is on the loose after having slaughtered several people. Normally this wouldn’t be a strange situation for a seasoned detective, however things soon start taking a much darker turn as unexplained paranormal events start happening.

We are our own greatest enemy
The story of TEW is exceptional. It takes the atmosphere, elements expected from an horror of the highest caliber and merges them with clever narration. Original premises and concepts more tendent to the the Psychological Thriller genre, are integrated perfectly into a coherent and disturbing narrative. The demons of Sebastian’s past will intertwine with the chaos unleashed at Beacon Hospital, and manifest themselves in various forms often with deadly intent. Psychology, introspection, philosophy and a good dose of raw madness are the main ingredients of this successful mix.

The art of survival
Gameplay-wise this title doesn’t bring groundbreaking innovations, instead delivers a very well-executed system that is exactly what fans of the genre always want more of. Stealth sections where Sebastian has to hide from unspeakable horrors alternate with plenty other action segments, which however can be approached in diverse ways – some more efficient than others. Focused on resource conservation, smart thinking and picking fights wisely, the gameplay of TEW is great in quality – with enough depth, variety to be enjoyable for the whole adventure.

Fifty shades of desperation
The variety offered in TEW is way above average as far as this genre is concerned. Its relatively small weapon arsenal is compensated by plenty of upgrades across the board for each – while enemies, traps, puzzles and unique situations continuously change throughout the adventure. Boss fights are generally well designed, unique and with hidden mechanics that may not be apparent at first – as it should be in any truly good survival horror. The high amount of secrets, side areas and hidden items makes exploration always worthwhile.

Achievement hunters rejoice!
TEW caters significantly to those who enjoy going out of their way to gain achievements, by introducing a large number of them across the whole game, often requiring significant changes of playstyle. Achievement hunters aiming to 100% this title will find a worthy and time-consuming challenge indeed. 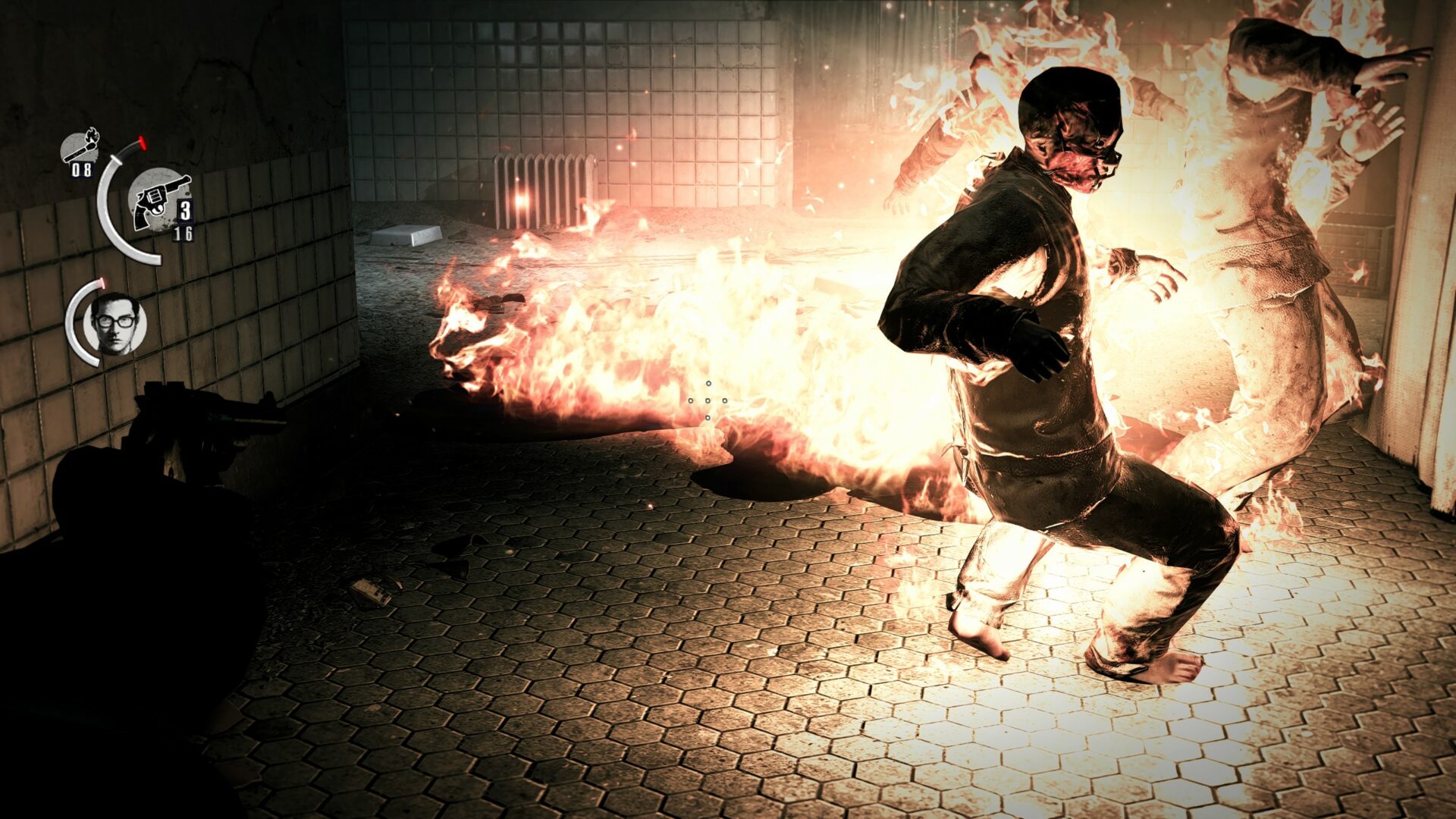 Harder! I said HARDER dammit!
As with some other survival horrors, TEW limits players by initially making only Easy and Normal difficulties available, while Hard (Nightmare) and Very Hard (Akumu) are only unlocked after beating the game. Since the replay value is not that great, most players will not replay the game anytime afterwards, and might have wanted a greater challenge in their run while the content was still fresh and meaningful. A pointless limitation, remnant of an outdated design style.

This was the final boss?! What a letdown.
The final boss fight, in stark contrast with the well-designed other ones, is a complete disappointment. A hastily put together ensemble of scripted running sequences, fixed-position shooting and cinematics that at no point use the resources and upgrades players may have conserved for that moment. 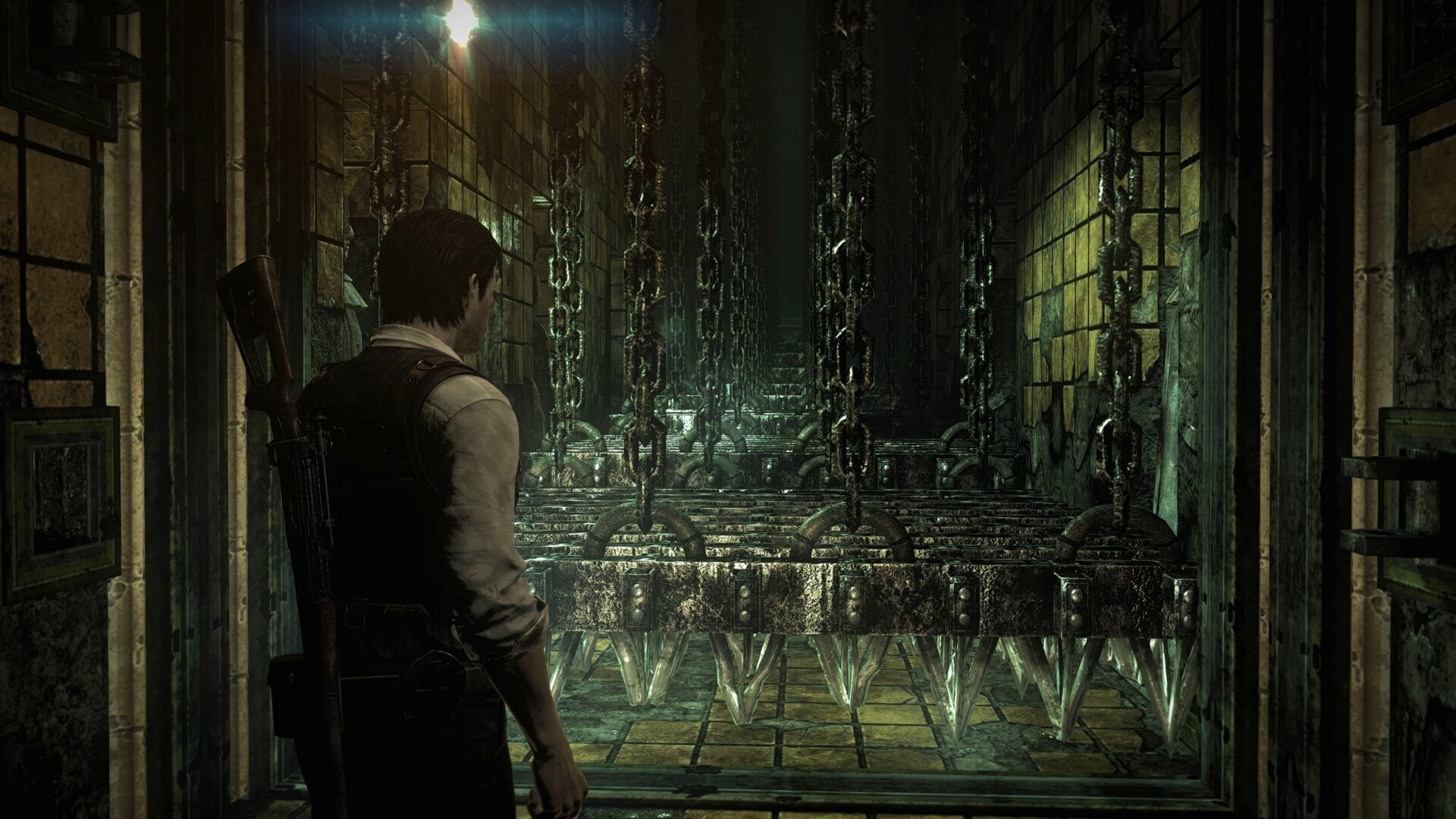 Exploration
Is performed on foot, across a good diversity of environments ranging from asylum basements, medieval villages and even post-apocalyptic cities. Other than walking, Sebastian can run for a limited time (based on Stamina) and sneak, becoming harder to detect. There is no map of each location, however there is hardly any need for such a thing given the moderate size of individual sections. Carefully exploring every nook and cranny, leaving no stone unturned, is paramount to gain enough resources in the form of Green Gel (XP) ammunition and Special Keys, only gained from the elusive clay statues.

Manual saving is performed after finding a Mirror, which leads to Sebastian’s “safe zone” where he can upgrade and use Keys for additional rewards – however automatic checkpoints are also present after any major event. Each area has a finite number of enemies, so clearing everything to then explore peacefully is a very good strategy – not always the best however.

Combat
Plays out in third person, with ranged weapons as primary means of offense, other than grenades and one-time consumable Melee weapons as options. Enemies range from average infected armed with tools to far more lethal variants and even mini-bosses at times, and are often related to the are in question (for instance city areas will have infected SWAT soldiers sometimes). Hitting a foe in the head delivers much more damage, while shooting arms or legs may cause it to fall down or disarm them – depending on the case, going for the head may not always be the best choice.

TEW puts at player disposal many environmental elements and stealth in order to conserve ammo for when really needed. The sneak approach allows instantly killing any enemy from behind, but takes patience, calm and planning to execute without getting spotted. Using oil barrels and traps is also a good way to save ammo while dealing great damage.

Character Management
Is performed mainly in the “safe zone”, reached from one of the Mirror Portals when present. In this area Sebastian can spend found Keys in order to receive random rewards from a wall full of lockboxes, opening one at a time, and also save the game. In addition, upgrading the detective’s body and weapons using Green Gel is fundamental to keep up with increasingly powerful enemies, and only doable here. Lore elements relative to the story also periodically spawn in this zone, and shed a bit more light on what’s going on – most are however found in levels. 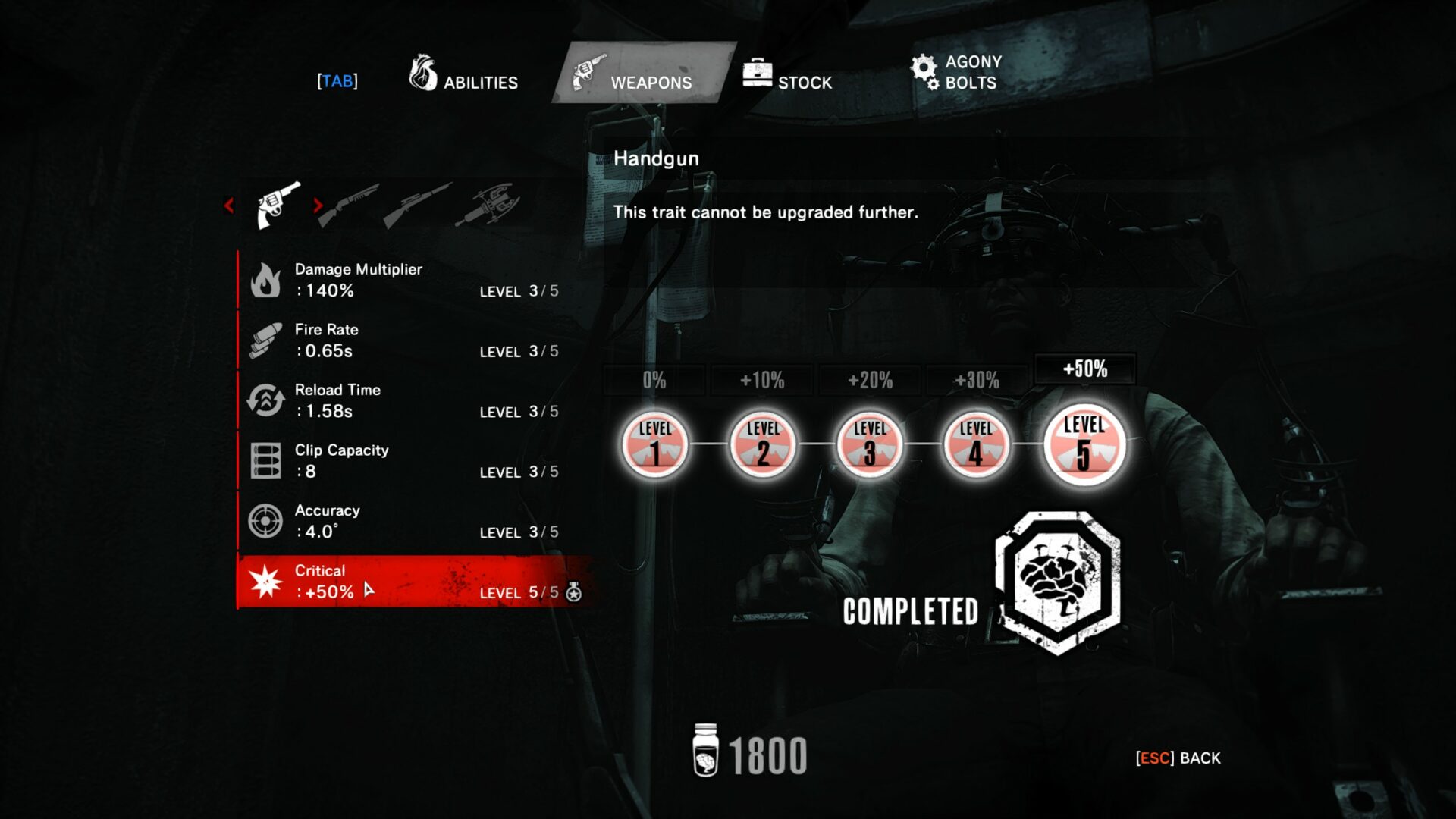 Bugs & Other Issues
– Mouse movement feels off in menus and interfaces. Needs to be fixed with custom launch parameters.
– In rare cases, enemies impaled by spike traps may fly away large distances due to a physics glitch.

The Evil Within proves to be a master-crafted (literally) survival horror that hits the mark in all fields, with only some design aspects dragging it back a bit, in an otherwise near-flawless experience. I strongly recommend this game to all fans of horror and tense stories, as they will find one unlike any other here.