Although it is a promising early look at what could one day be a great entry into the survival horror genre, Fear the Dark Unknown’s demo has enough flaws to scare me away in its current state.

At the moment, much of Fear the Dark Unknown is a mystery. It’s clear that it’s a survival horror game that is inspired by the classics and we also know that it has two storylines that sound as if they’re going to differ from one another quite significantly. As the version of the game that I got my hands on was only a beta demo of a single chapter of one of these character’s stories, I’m left with more questions than answers to anything further than that in regard to the narrative. However, I do feel confident that I’ve now got a fairly solid grasp of the general feel and atmosphere of the game though I had to sidestep numerous bugs and glitches along the way.

A Tormented Mansion And Its Dark History

Fear the Dark Unknown’s rough state does little to diminish my interest in a cleaned-up release of the game. Two paths will be available in that version, one for Chloe, an eighteen-year-old recent high school graduate, and her schoolteacher father, James. However, my experience was solely based on the content of the demo, the third chapter of Chloe’s story.

Being thrown into the third chapter of the story was certainly jarring, though I can understand why a demo would focus on a chapter that has more feature density than earlier chapters tend to. I began to piece together the history of the large hotel that I was in through journal entries, notes, and the occasional letters drawn in blood on the walls. To avoid spoilers, I’ll summarize this aspect simply by saying that the setting and its lore certainly seem to be on-point; no matter what flaws I may have found in this demo, I’m dying to know more. Every clue that I found was interesting and had me wanting to find the next one while the environment and its decorations only further improved on the overall atmosphere that was being built, connecting the lore from journal entries and notes to the scenes and creatures around me. 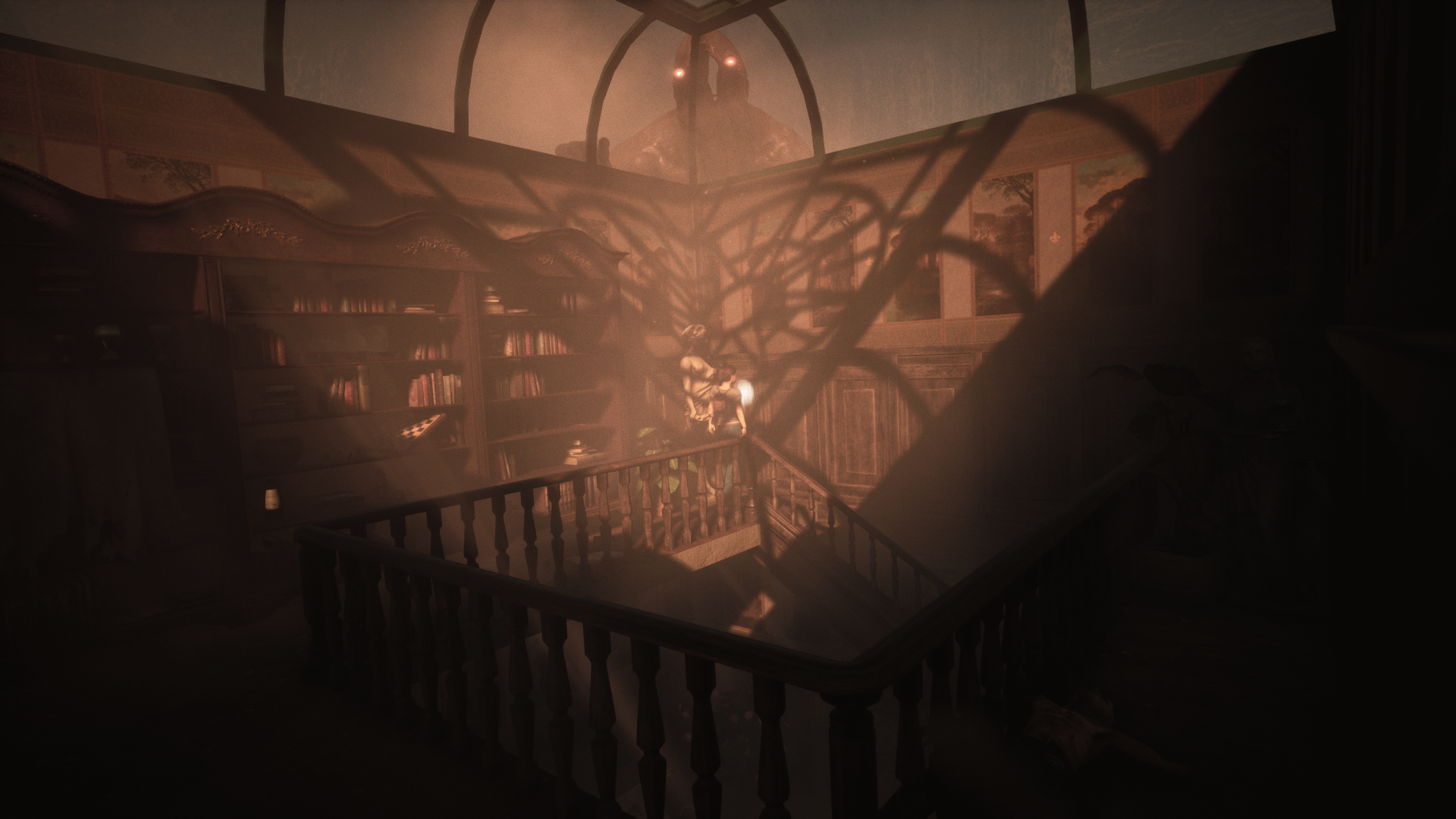 As for the gameplay itself, I would say that the pros and cons are about evenly balanced due to the frequency of technical issues. I used a controller, as is recommended, and it worked well without any flaws that I ran into; the control scheme made sense and it was easy enough to adapt to. Being able to have an active weapon and item is a convenient touch as it allows you to pull out a weapon quickly while also having an easy enough time selecting items from your inventory without having to open the menu. Using your weapons is easy enough, though combat overall seems to lack some of the cinematic feel of some other entries in the genre; the monsters in the game will run up to you and smack you around but in my experience none of them grab a hold of you or slow you down in any way other than getting in your way. This isn’t to say that there wasn’t a creature that was not only thematically scary but unique in the threat that it offered, but it is to say that the commonly encountered creatures felt more like an obstacle than a threat that I wanted to avoid.

The graphics and audio play their role well enough and I enjoyed both. I bumped up to the ultra setting and I never once ran into any lag or issues so on that end it seems to be well optimized. The music is eerie and adds to the atmosphere while the sound effects fulfill their purpose; I would often listen closely for the sounds of angry creatures as a way to decide whether I should explore a new area cautiously with my weapon out or whether I could start searching for clues and items in relative safety. 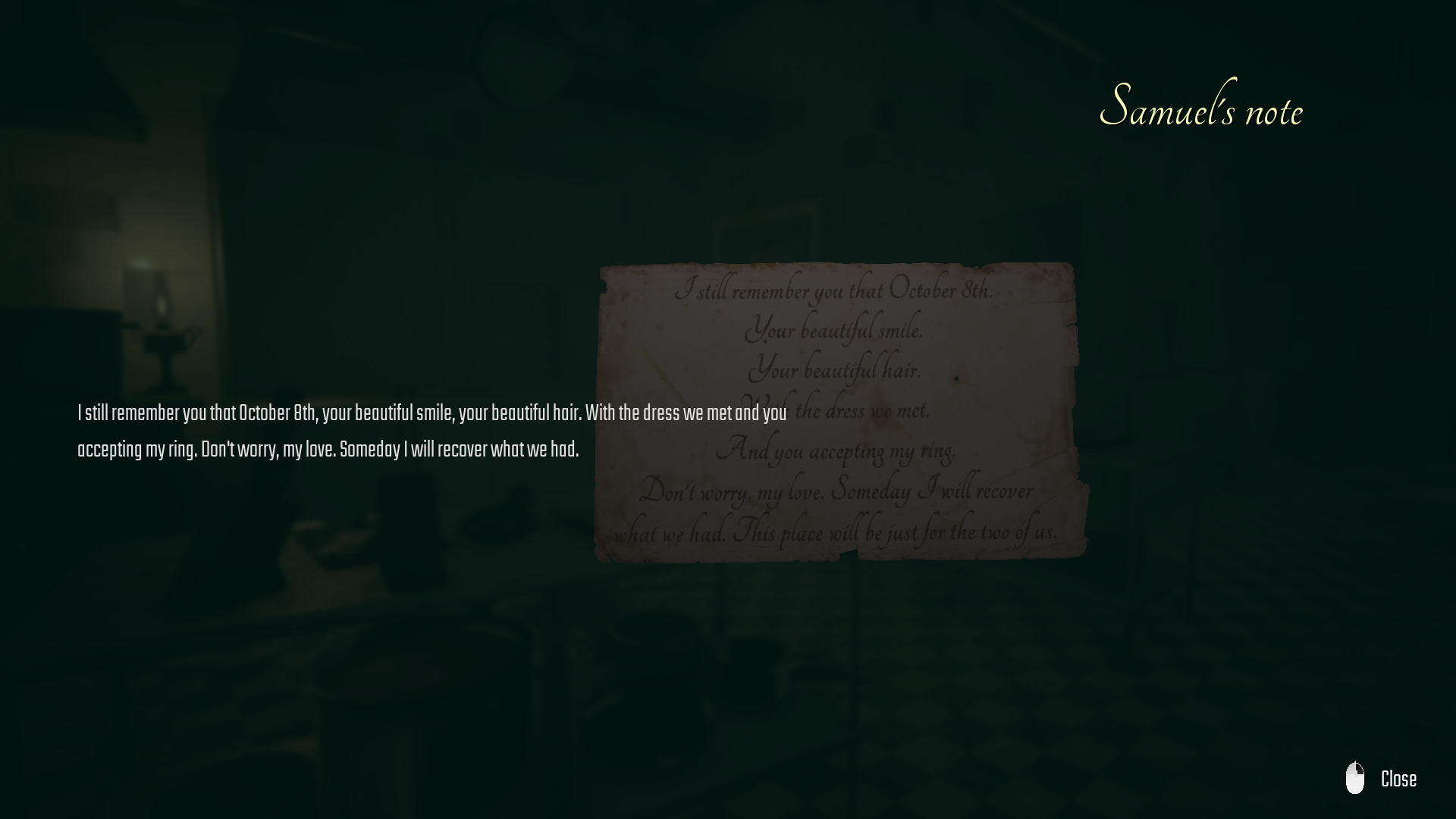 With all of its potential, Fear the Dark Unknown certainly carried a number of flaws with it as well. First and foremost, its release date makes me nervous. Halloween is surprisingly close for the state that it’s in and I worry that rushing to release a horror game on “the scary holiday” may be the goal as opposed to waiting until the game is in a pristine state. Immediately upon starting the demo I was surprised to find that the recommended method of playing, the controller, simply didn’t have any indicator of its location on the main menu. I had to swap over to using the mouse to change the settings or get a new game started. Granted, I found no other issues regarding the controller after that but it immediately primed me for an experience that wasn’t going to be as smooth as I had hoped.

Although the atmosphere for the game was what I had hoped for, there was one thing that I found more terrifying than any of the monsters or scenes populating this horror hotel. It was the doors, and yes, I said the doors. It wouldn’t be an exaggeration to say that more of the enemies that I encountered would glitch into and get stuck in doors than those that wouldn’t. This certainly shattered my immersion and any chance of fear frequently as monsters would be attempting to sprint at me and making no progress because half of it was inside a door. But the real terror was yet to come as I, myself, glitched into a door upon opening one a little over an hour after I had started that playthrough. Unfortunately, there was no escape and since there are no saves in the demo, all of the progress was simply lost. If this isn’t fixed by release, this singular issue is one that utterly breaks the game as opposed to being a bit of a miss. 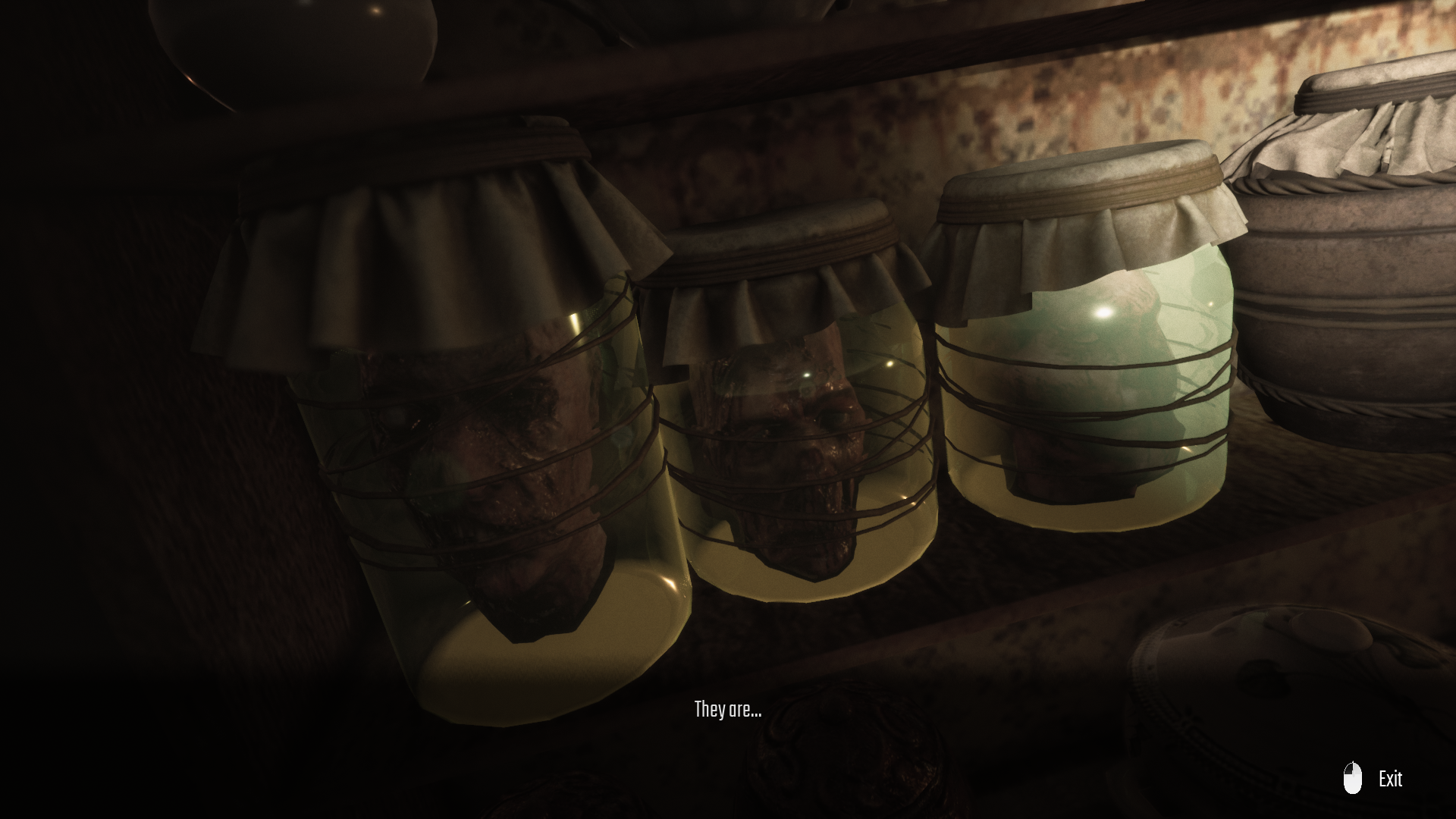 A final issue that stood out to me, though very minor compared to the previous ones, is that upon being injured, your screen will do the classic pulsing red with a heartbeat effect. I wouldn’t mind this if it was when you were near-death, but moving around hunched over with these kinds of effects after being only slightly injured to the point of being ‘fine’ seems like an oversight or a bug that hasn’t been squashed yet. It was certainly annoying after some time and resulted in me using a healing item or two that I wouldn’t have otherwise simply to reestablish the atmosphere that I wanted to play in. 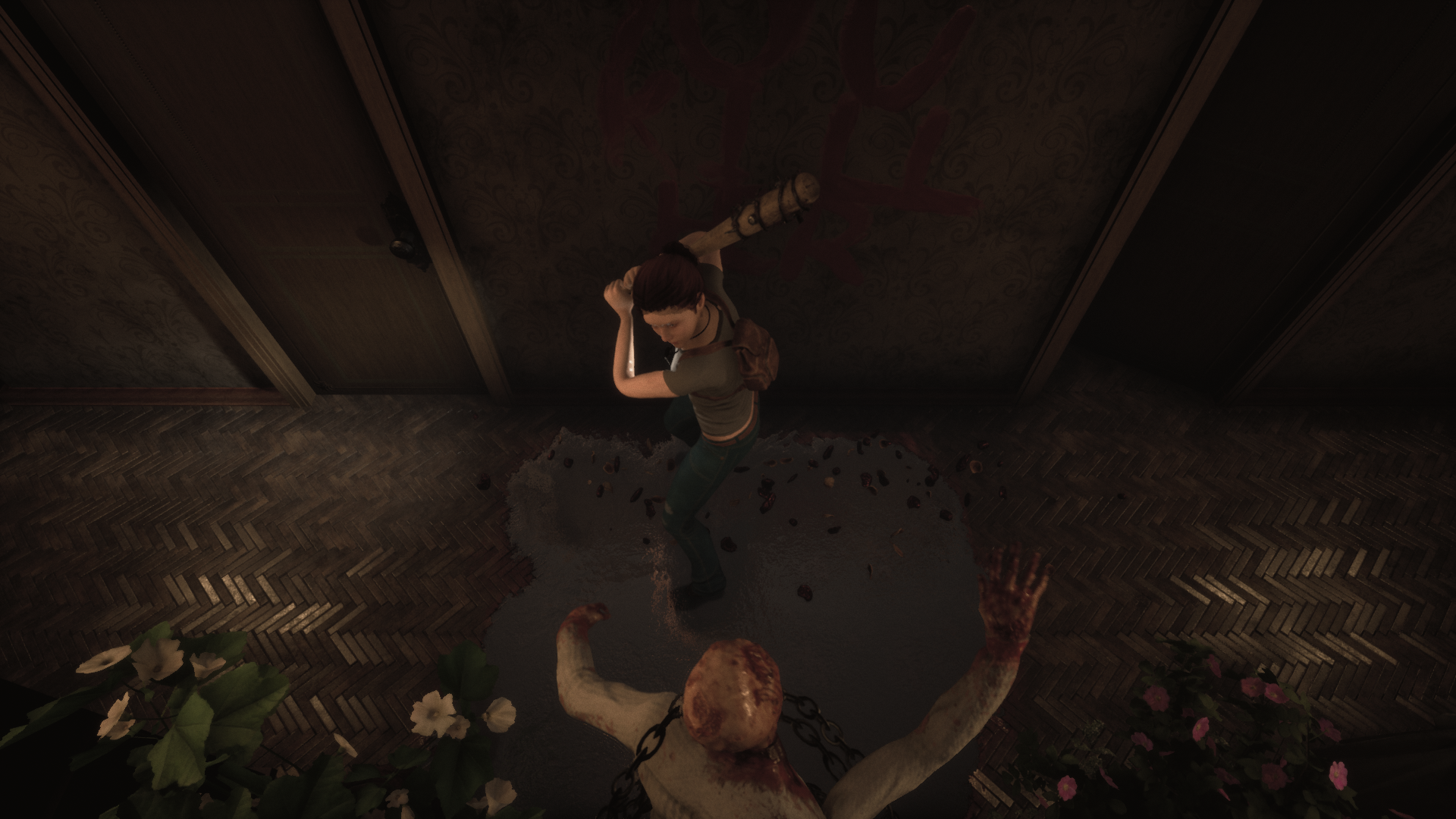 I very much want Fear the Dark Unknown to reach a state where we can focus on the awesome game that is clearly there without the difficulty of working with its buggy features. If the demo that I had is any indicator of the current state that the developers are working on, we’re not there yet. My recommendation is to proceed with caution upon release; we may be getting a gem of a survival horror game but we may also be getting an unfinished product rushed out to meet a Halloween deadline. Either way, I hope that this review is made obsolete by the developers who are on the cusp of releasing a great entry to the survival horror genre as long as they put the effort into doing so. 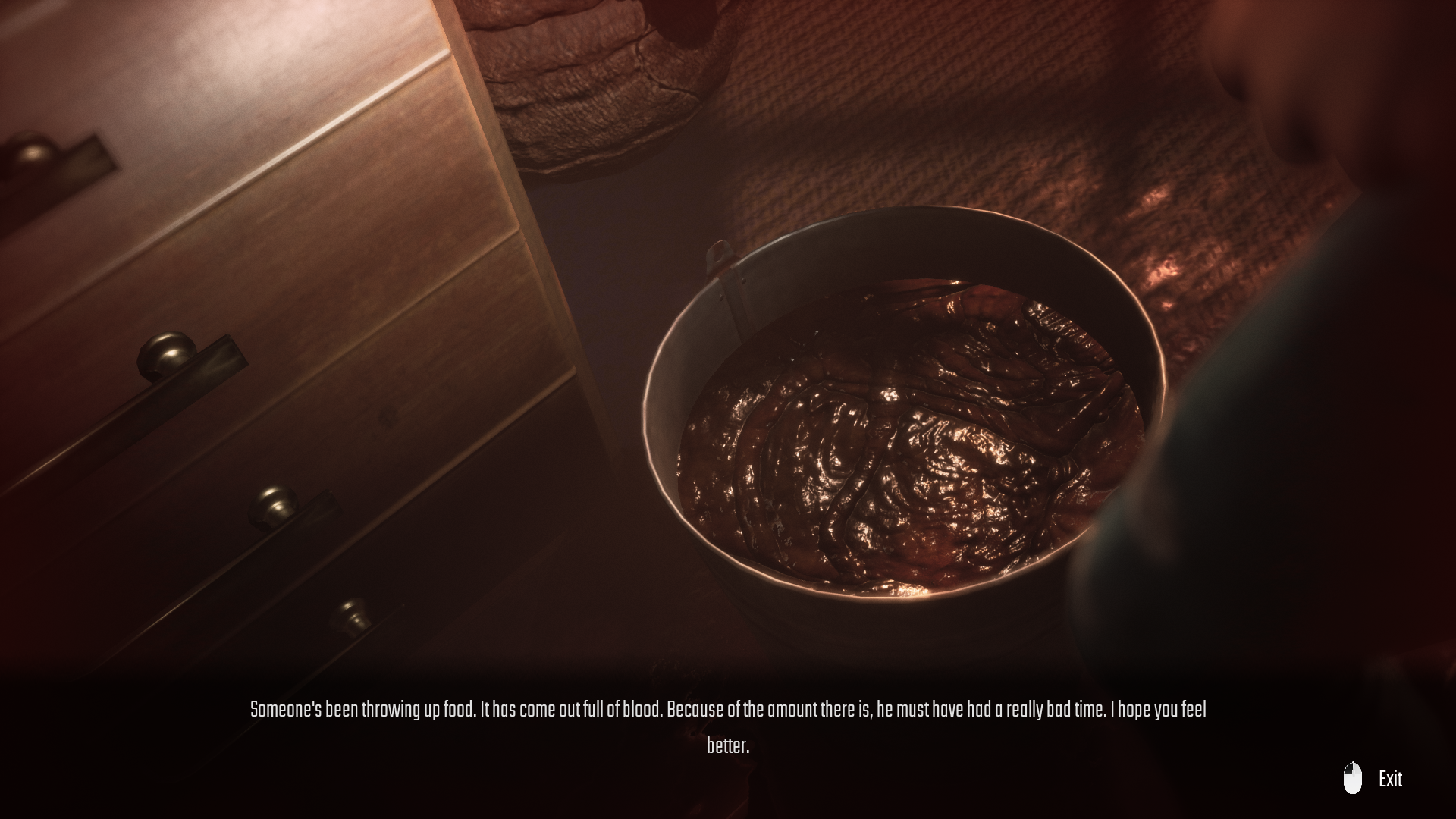