Somewhere between an entrepreneur’s wet dream and a programmer’s nightmare, Tech Corp. is a management sim that offers a lot of big ideas with some assembly required.

Whenever the thought of videogames crosses my mind, real-life management sims are perhaps the last type of game I would ever think of; they are somewhere within my subconscious above sports games and MMOs, yet nowhere as traumatic as most visual novels to make me remember them. However, much like the hundreds of other sub-genres out there that I’ve yet to try, the key to enjoying something you’re not familiar with is to find a relatable theme or concept that interests you in order to get over that initial hurdle of inaccessibility. Unfortunately, Tech Corp., a tech-company (for game, software and/or hardware) simulator, hasn’t changed my preconceptions that management sims are games cleverly disguised as work without any sense of reward.

“Thank You for Calling, Tech Corp. Support; How May I Help You?”

One major issue with Tech Corp. that I want to address is the overall state of the game, which is so annoyingly buggy and grating to the eyes that, even if you do enjoy the core gameplay loop, your patience will be tested. The worst bugs include the game unpausing itself when you are looking through certain menus—you wouldn’t notice this problem unless you look at the top-left corner of the screen—and loading your progress with a negative inventory. In many cases, these types of harmless bugs can set your programmers back several weeks’ worth of work to meet contract deadlines.

Additionally, while the latest alpha (v1.9) update seems to address my issues with the game’s micromanagement problem, the new automated manager system would not work. As someone who enjoys many games that give the player as much control as possible like 4Xs, this complaint isn’t one I throw around without a just cause. Everything that you want to check-up on is in a menu within another menu, including what every individual employee is currently working on. All you are given is an indicator whether they are working, idle or on a break, which forces the player to interrupt the game when trying to reallocate that one employee who is working on a specific component.

As a result, while you are constantly pausing the game to check on every individual, or to check with their managers—which you cannot manually assign them multiple tasks or line up a queue—the game’s grindy nature is made much worse. Instead of feeling like the owner of a company, the gameplay makes you the busybody manager who has to constantly tell the staff what to do next.

To further make this problem irritable, the game has an abundance of sub-menus with varying text-sizes, conflicting visual language and other UI-related problems. (No, there aren’t any options to increase the overall font.) For example, the recruitment tab is one long list of names, stats and other important statistics that, due to the color-scheme and the small font size, you choose the first ones that stand out to you in order to quickly leave. When selecting programming components, certain symbols are easily mistaken for one another like databases and UI components—yes, this situation is as ironic as it sounds—and the tool-tips are a requirement when the contract lacks any color indicators. As previously mentioned, the working, idle and on break indicators lack any pragmatic function, but another issue involves the thin colored circle that represents the employee’s energy meter, which I imagine causes far more problems for people with any form of color-blindness.

Now I understand that many of these gripes with the UI can be resolved by letting the game automate the process for you such as the threshold meter for sending employees on break. Perhaps in a future update, those related issues will be addressed by some new features. However, even ignoring those aspects that can be automated, the many issues with the UI that cannot be automated will still become bothersome when trying to read the game as clearly as possible. In the pursuit of making a game as complex as possible for as wide of an audience, Tech Corp. has given up the coherency of that idea that other management sims excel at by following the golden rule, “Keep it simple, stupid.”

Those Who Pursue Everything Rarely Will Accomplish Them All

As much as I am unfamiliar with the expectations for management sims, there is one aspect to them that I am awfully familiar with: Memes.

Whether it’s YouTube Life Simulator, Car Mechanic Simulator, or the many games with the (misattributed) label of Walking Simulators, there is one correlation that makes all these otherwise unrelated games alike, and that aspect is every simulator succeeds in one specific area. We often joke about how games that fail at everything else can be redeemed by one non-important quality, but with simulators that is what makes these games tick. This vital component is where many of the problems come from in Tech Corp., and yet that same problem can be argued as the game’s greatest strength.

When I first heard about this game and read the store description, my impression was that this game was attempting to be a game development simulator much like Game Dev Tycoon. When I played this game for three hours, I found myself only fulfilling programming contracts in a garage much like a Steve Wozniak simulator. When I dabbled in the product and engineering components, I imagined how this game could become a product-development and R&D simulator. Finally, when I revisited the Early Access information about future features, I read about how the game would eventually include “Services,” which would let you sell software or create online services like a social media simulator.

The question is, which statement best describes what kind of simulator is Tech Corp.?

The answer is Tech Corp. wants to be all the above, and, to be fair, there are more than enough systems in place to achieve most of those goals. Currently, the game includes programming contracts, prototyping products, factory production, game development, software development, marketing mechanics, sales and other special events, and tons of customization options for almost every one of these systems. These customization options also include box-art/covers for games, products or software, and the game also has a global map for your starting location with different demographics to give the game some means of an adjustable difficulty. There is simply no shortage of things to keep you busy, although the availability of many of these systems won’t be accessible while you are first learning about the game.

This one redeeming trait is perhaps why many people who acknowledge the game’s problems remain hopeful that the game will improve. Whether those mechanics are (or will be) as robust as other games that strive for one avenue remains to be seen as this game is in Early Access. (I suppose if you only view this game from a mechanics point of view, then this game is complete with only a few features that need to be added.). At the moment, the foundation for all these branching paths exist in one form or another, although if you plan on starting off as a game developer, then you have several years of menial software and R&D development ahead of you.

Perhaps the developers could add various starting options to allow players to choose the type of company they want to create from the start, but if that free-form, player-driven development is what appeals to you the most, then it certainly makes Tech Corp. stand out from its many peers. Although, because the game lacks any clear sense of identity from the get-go, the confusion created by the ability to mold whatever type of company you want might give many people the wrong first impression.

Verdict: Success Comes After the Many Failures Along the Way 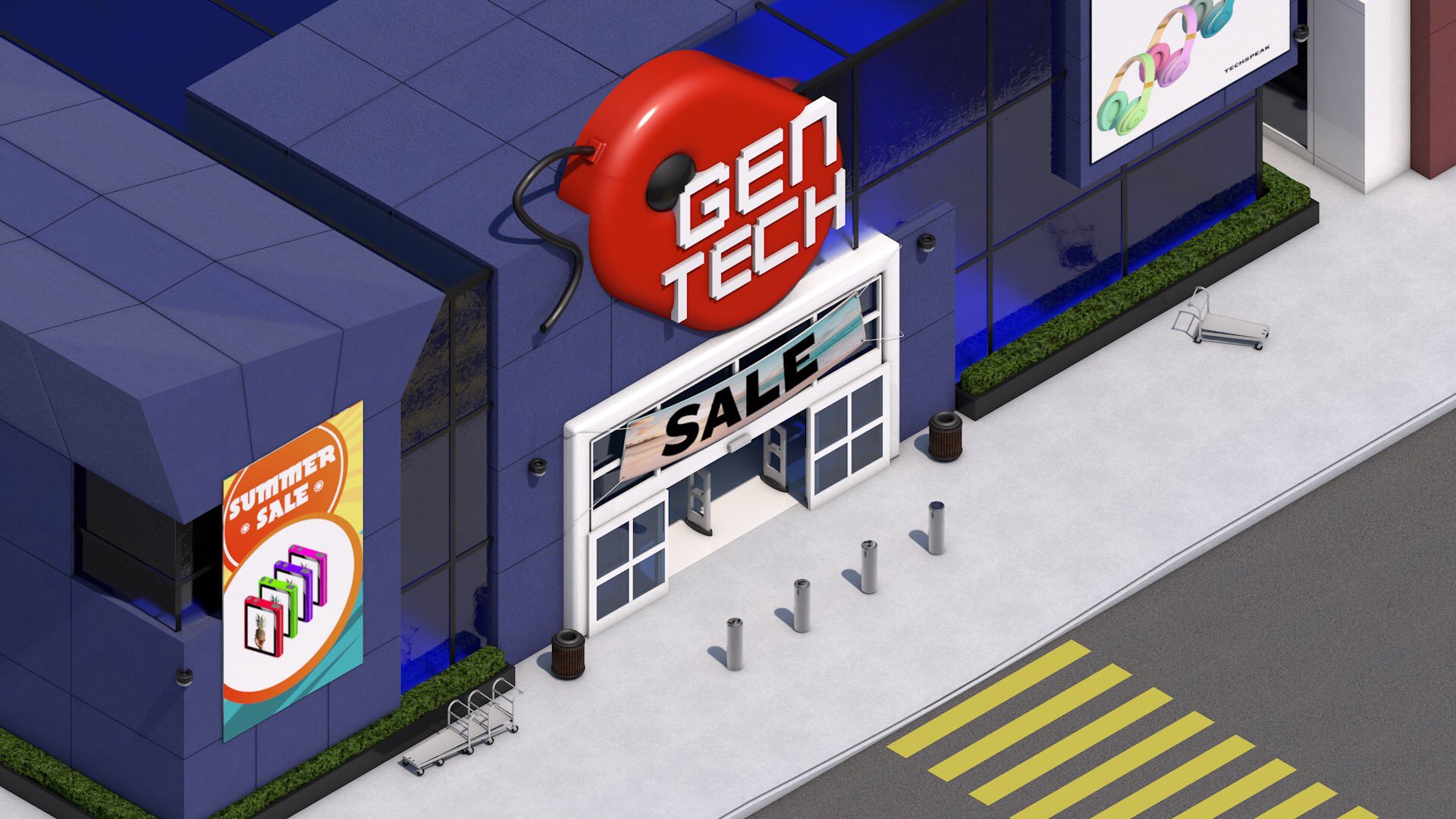 Outside of the many gripes I may have with the technical issues, along with the inability to tweak the settings beyond resolution options to improve the performance, Tech Corp. is a game that I can imagine will sate a particular niche audience. Even when the gameplay itself is nowhere within my lexicon of what I would describe as fun, the sheer complexity and the customization of the game is commendable from an outsider’s perspective. Whether or not the benefits will be enough to offset its share of problems, the future of this game remains to be seen. At the moment, however, this type of game is one that I would suggest following for future updates if you are in any way curious; if you have liked what you have read despite the issues, then you may want to give the game a go when the latest update works as intended.