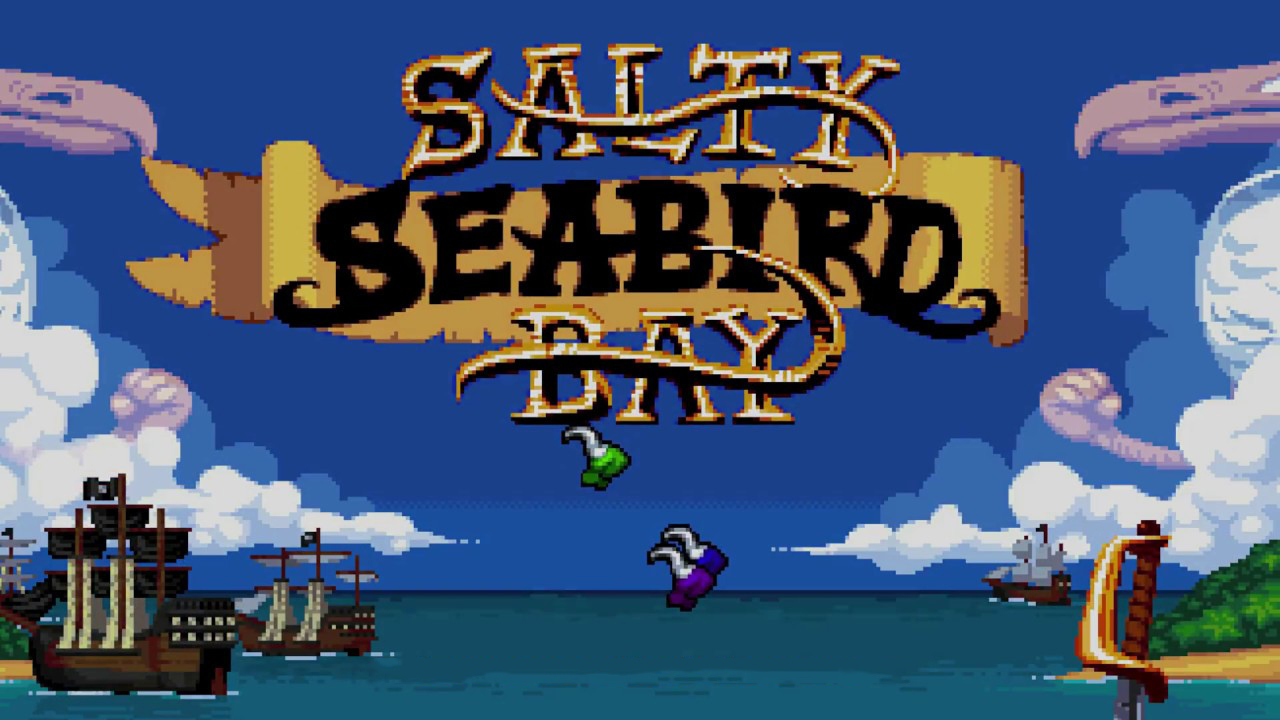 Mini-games for young outlaws playing on the same ship.

Salty Seabird Bay is a local multi-player game in which players choose their pirate captain for a race and compete for points and survival across a grand total of three mini-games.

The game is controlled with the D-Pad rather than the stick, so don’t be surprised when you launch it for the first time. The pixel graphics are nice and the pirate portraits are really cool as they go transparent whenever they risk hiding the action. The only big issue that we had were the loading times.

Salty Seabird Bay‘s first mini-game is a treasure hunt on an island that plays like Zelda. Pirates use their shovel to dig for coins to subsequently bring back to the chest of their color. Power-ups such as bombs, curses, and maps affect the flow of the game and occasionally cause rivalries to explode as envious players enter the turf of their rivals and try to steal their unclaimed gold. Since there are no combat options, if someone bothers you, all you can do is vocalize your complaints, or unplug their controller. Hey, don’t look at me like that, true pirates obey no rules! In any case, that mini-game is decent but it feels more like some small multi-player bonus content to a Nintendo game rather than an exciting offering. 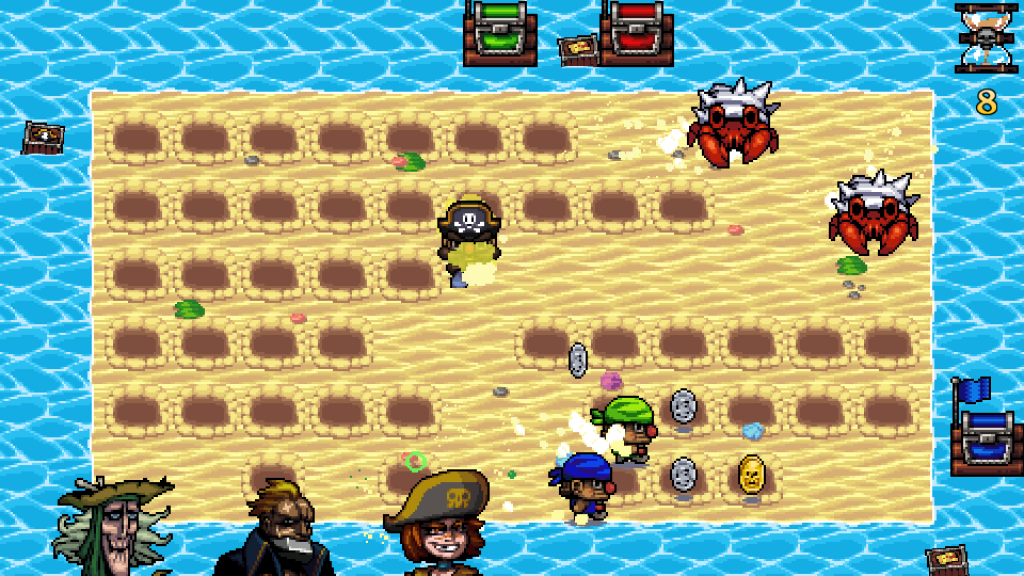 That’s still much better than the Kraken mini-game, which features a tentacled gold-anglerfish. The horrendously complicated controls drove us to mass suicide rather than trying to escape the light beam coming from the sea monster. 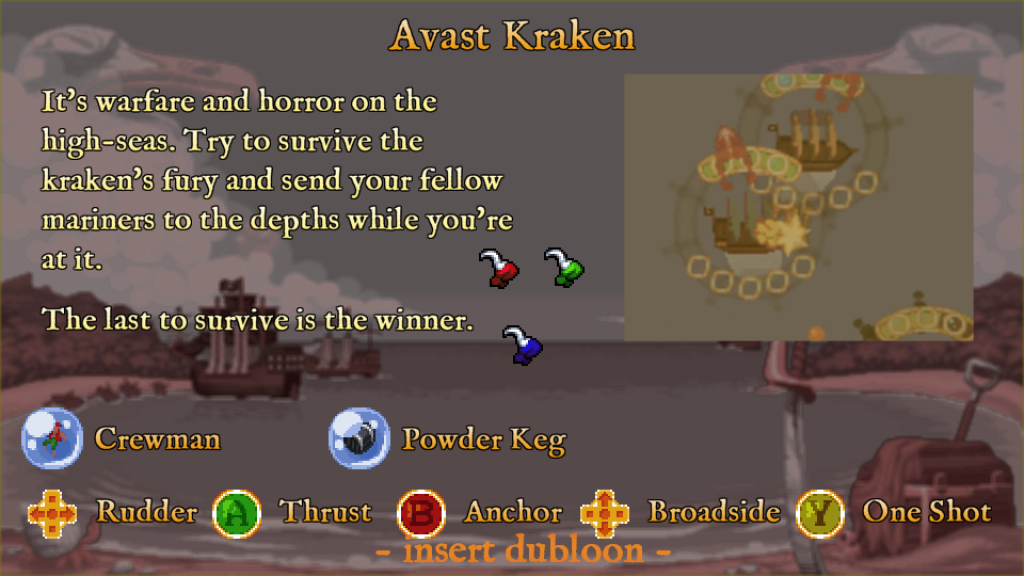 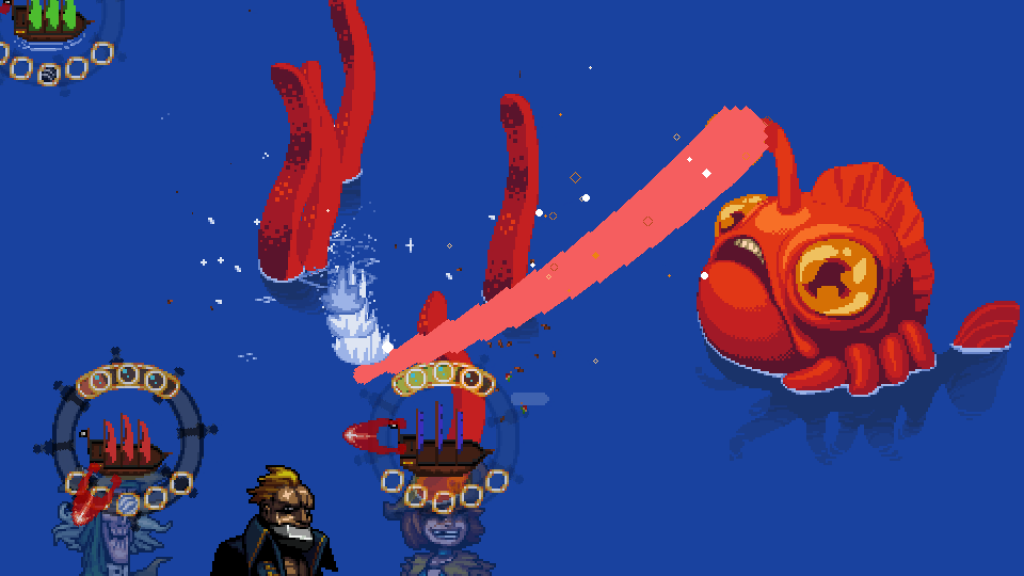 Finally, the last mini-game is actually some sort of card game. During the preliminary phase, each player gets to pick cards to add to a deck. Then, the chosen cards can be placed on a grid, and numbers on each side of a card determine its strength. There are additional powers to each card, and I really dig the idea, but the execution was not very satisfying. There are long waiting times in between turns, player cursors are slow to move and simply not comfortable on a controller. This mini-game is not fun to pick up and play. For it to shine, it really requires that the players involved know what they are getting into. 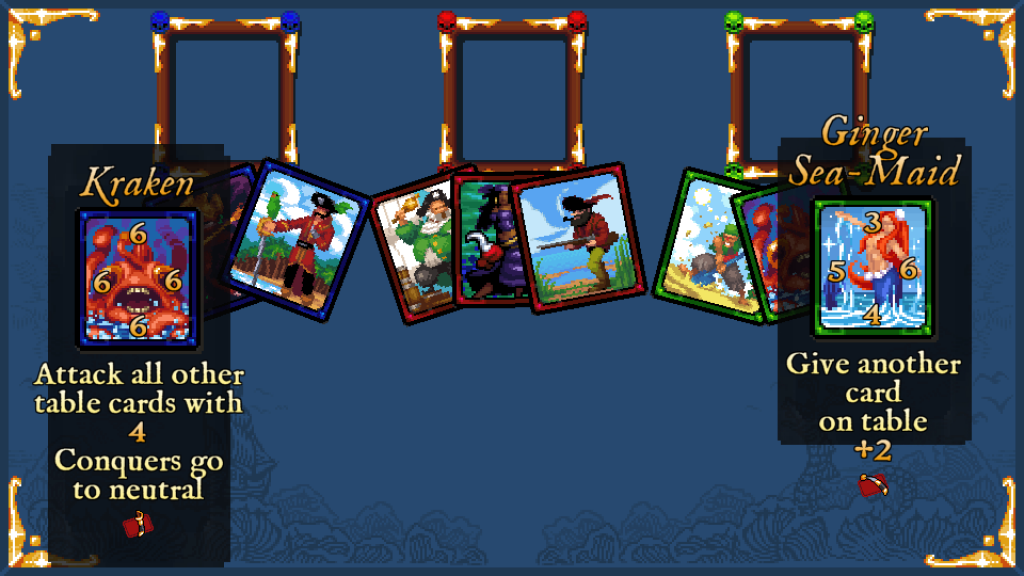 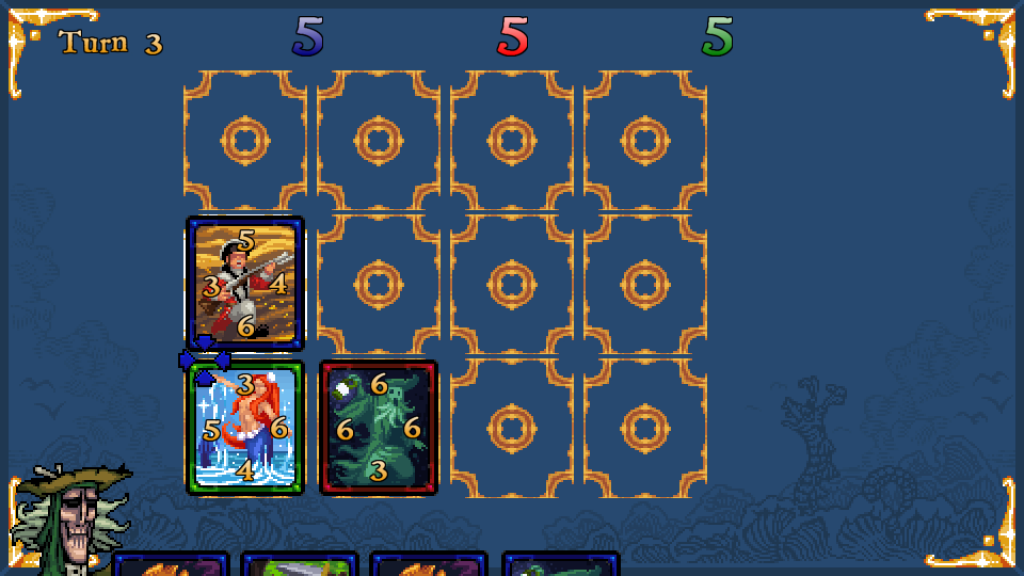 This leaves us with a game that pales in comparison to its competitors. With the game consisting of only three mini-games, it’s simply not enough. I would only consider picking it up if I was in a bind with nothing else at hand or if we had played the better known titles so much that we were bored of them, looking for something new to sink our fangs into. This game potentially keep kids entertained for a short while as they would forgive the shortcomings and enjoy the content. This is not a bad game, just not very exciting. Salty Seabird Bay has the merit to try to do something a little bit more complicated than usual, but its coating is not palatable enough.