Beat Saber is a VR rhythm game, but is it a George Lucas laser sword Padawan or a Darth Maul dual-wielding lightsaber [email protected]$$?

Billed as a VR Rhythm game where the objective is to use real life sword swinging motions at incoming note-blocks with lightsabers, each with a specified direction, all while dodging bombs and energy barriers. It is a simple premise, and I figured that if was done well, it would be worth my time.

If you have played pretty much any other game in the music genre over the last decade you will likely be familiar with the “Note Track” style of rhythm games, like Guitar Hero, or Rock Band, among a few others…

Virtual Reality isn’t even a new twist to the genre, as Oculus has released Rock Band VR, and there is also the popular game Audioshield. That being said, there was something special, something unique, that really got into me about Beat Saber.

A few weeks prior to the official “Early” release of the game, I saw the pre-release video and decided to check out the Steam page and I immediately added it to my watch & wishlists. 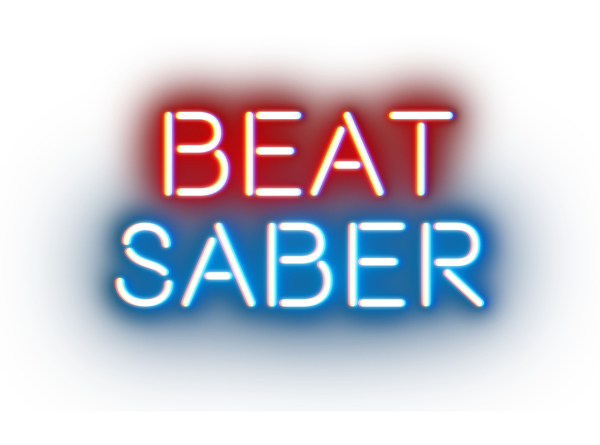 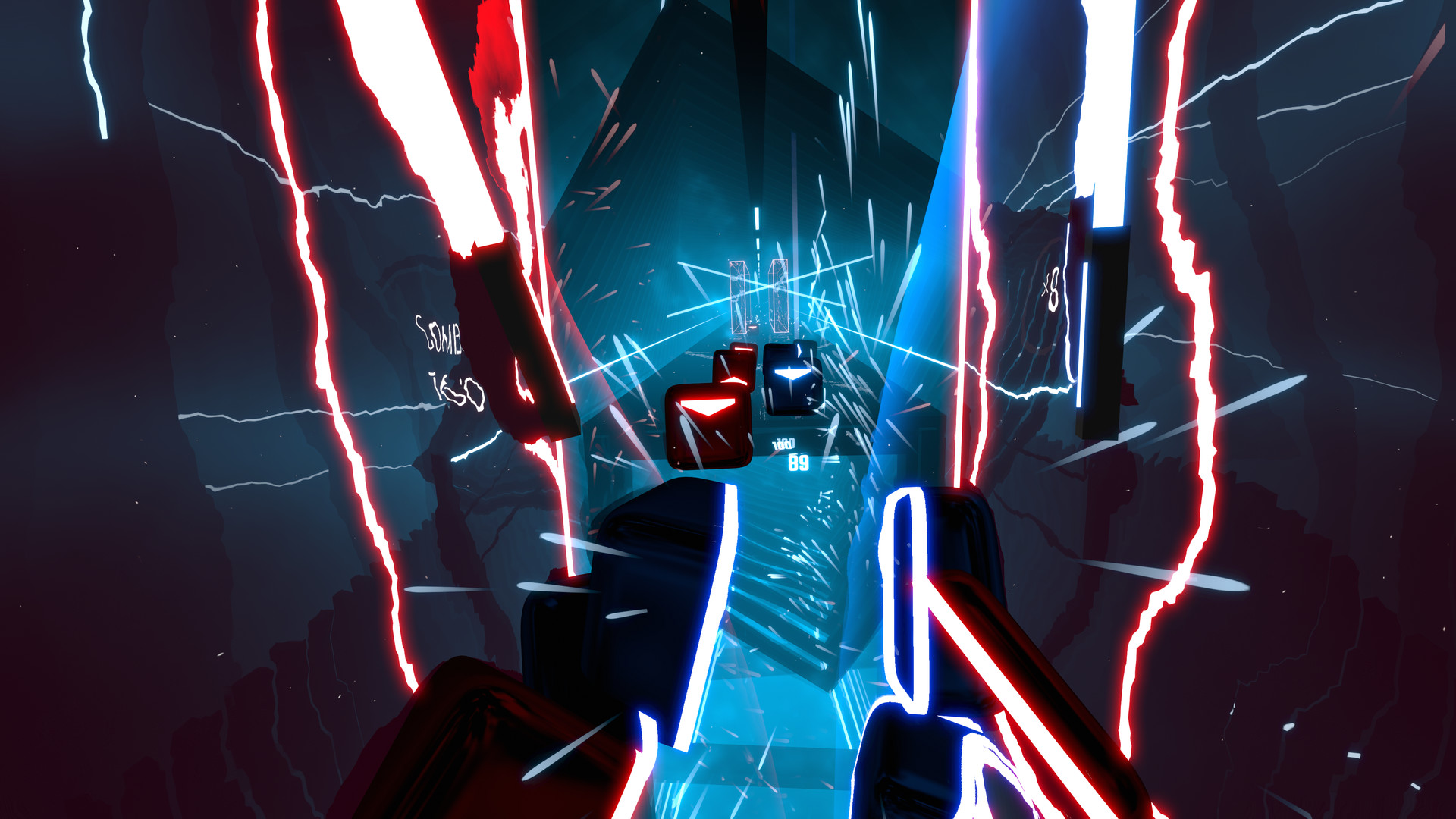 Graphics – “Not as clumsy or random as a blaster”

Graphically there are really two camps, you have the people that are looking for the greatest technical advancements & photo-realistic graphics, and on the other side, you have the people that prefer the art of game design, preferring style and originality. Battlefield 1 fans are not going to be petitioning their next game be in the Beat Saber engine, but this isn’t without technical merits either.

The developer took time and made the game feel atmospheric, there is a presence whether you are standing on the main menu or on the game track. The game also has the least amount of jaggies crawl of any VR game that I have ever played, next to Budget Cuts, which had a much longer development time, and a much larger team.

There is a wonderful fog effect that the lighting system leverages to get a really great Rock Concert “stage like” atmosphere, and with some of the custom tracks it really gets a lot of use and can make a song really stand out.

The rest of the game’s assets are simple geometry, but I would have to speculate that this was done deliberately to keep the players focus on the incoming blocks and to maximize performance, which by the way, is absolutely stellar, as the game runs incredibly well even with super-sampling and anti-aliasing turned up.

The TLDR: Beat Saber is simplistic, stylized, yet visually appealing. The menus are effective and clean, the placement of objectives and incentives are perfectly scaled and located to give you information but not detract or distract from the gameplay elements, and the lighting system is dynamic and used to great effect. My only wish is to have a little more variety in the backgrounds & higher poly count saber models. 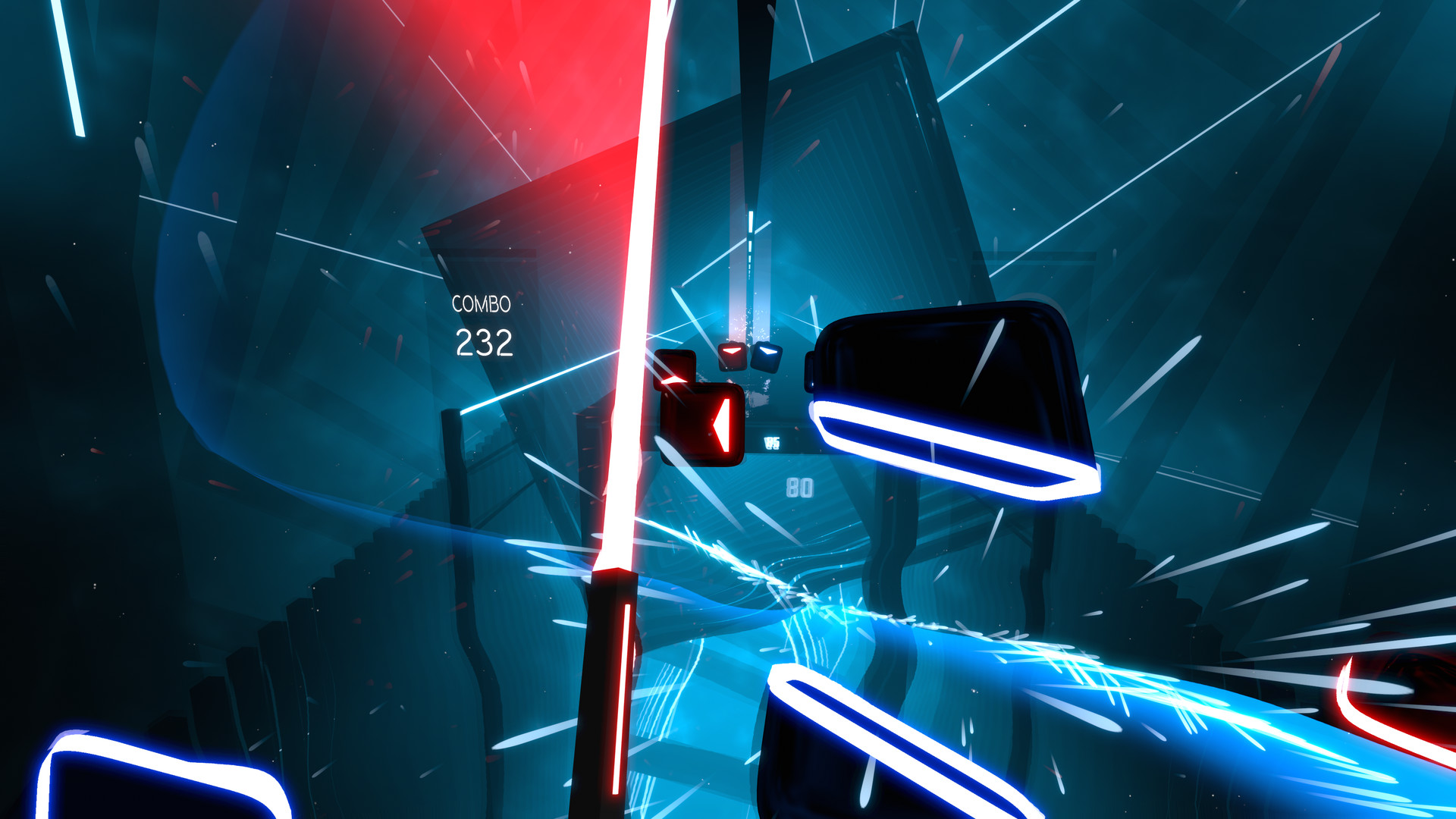 Gameplay – “More skill than simple sight was required for its use”

The game is intuitive, I didn’t need any tutorials or hand holding to get started. There is no real heavy learning curve to just get going; I actually started on hard for my first session. That said, there is plenty of replayability, as the Expert tracks do take a solid amount of practice to master, and there is always the leaderboard.

Failure occurs when a player fails to hit a number of blocks that drop a gauge on the right side of the note track or when they fail to duck an energy wall. That same bar fills with strikes that are in the proper direction and manage to split the note block.

The Scoring System consists in 3 simple rules and a variable.

The various difficulty settings will accommodate most players with a few exceptions.

If you are looking to get Beat Saber for VR exercise, you’ll get plenty; After 3 hours on the first night I went to bed sore and exhausted. At first, I made the mistake of making strong, abrupt, angular changes in swing direction and subsequent reset to get set up for the next note. After a while you learn that this will wear you out, and you will quickly start to look ahead and plan more natural, sweeping connected movements. You will still get tired, but not sore or stiff after adjusting to the flow of the games movements and shifting styles.

On the subject of exhaustion; I noticed the option “no energy” to disable leaderboard scores, which is hilariously accurate, as I usually only stop playing because my arms and back get too tired to properly time and cut the blocks and it kills my scores, first causing frustration, and then defeat.

As time progresses, and each time you get closer and closer to that coveted 100% accuracy rating, you never lose the desire to keep replaying the song to climb up on the leaderboard. When you finally do get that perfect set and you still do not get a place on the top of the leaderboard, you’ll go right back into that song again, this time with harder, longer, more accurate swings!

The swing & strike effects of the sabers are awesome and the aesthetics are great. Landing a hit results in a rewarding vibration and sound effect, and a miss sounds like a “swoosh” from scratching or skipping vinyl record and an X that pops out letting you know. 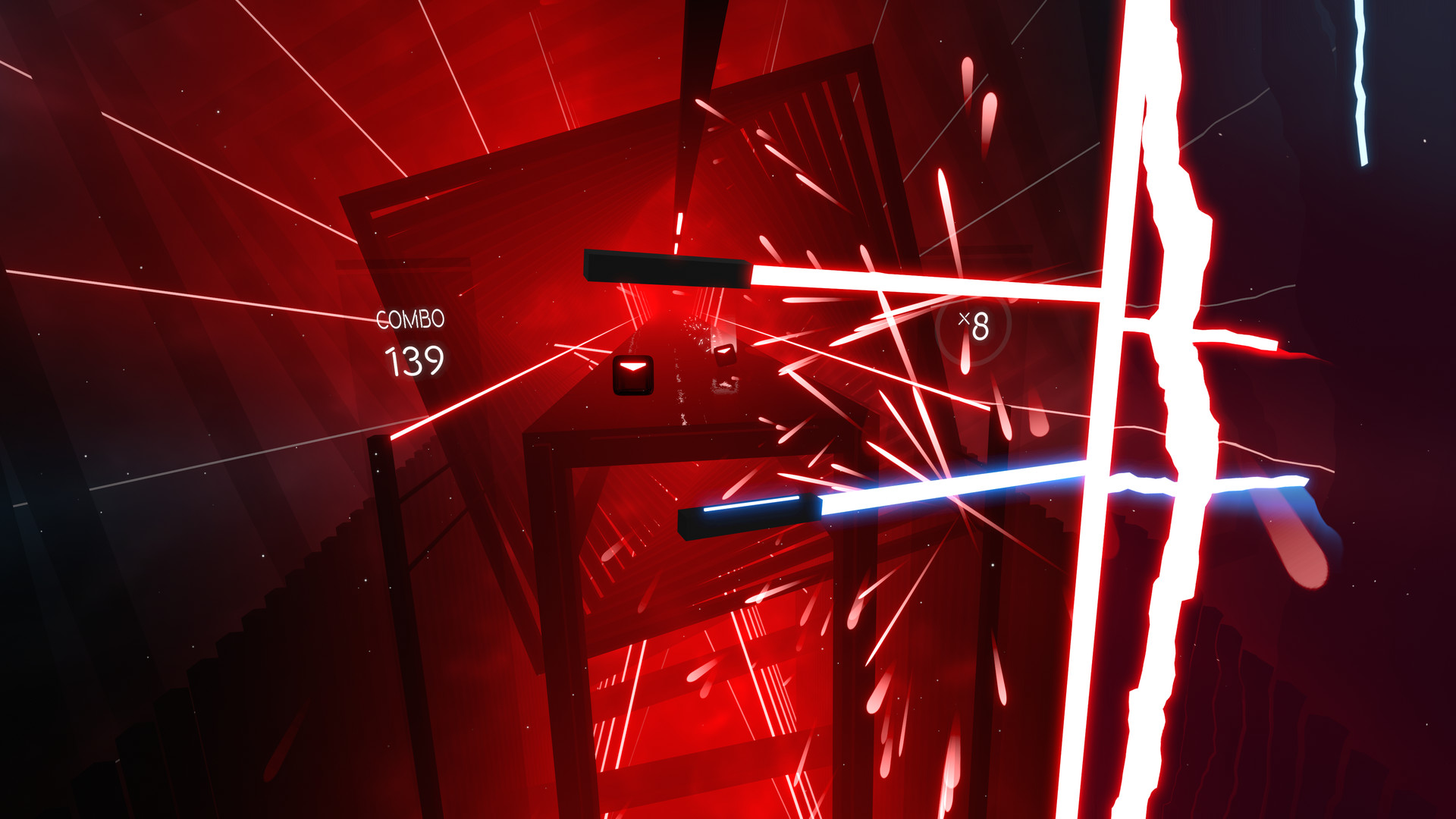 Because I couldn’t wait to throw my money at the developer fast enough I bought the soundtrack before the game’s release and started using it at the gym. I fell in love with the amazing music by Jaroslav Beck.

Let’s face it, this is a game that is 50% about the music and there are currently only 10 songs. However, mastering each one so far has kept my attention and I have yet to succumb to boredom. Another great thing is the developer has stated this is not the full set, many additional tracks are planned, and they are looking for additional composers. Provided they keep to the style and feel, I can’t see anything but more great tracks in the future.

Here is the break down of each song currently released:

You can now get custom songs in game via this plugin while we wait for the official DLC and Multiplayer. The choreography and patterns in the retail tracks gives the flow of your movements a naturally “Dance-like” or “Fluid” feel. Where as in the Custom Content there are two VERY conflicting types of custom tracks authors are creating; those catering to note spammers and those focused on the flow & movement type.

Note spammers are finding JPOP or shred metal songs like Through Fire and Flames (2800+ notes) and are going for maximum note count. The other type picks songs that have the more traditional melody, hook, chorus, melody… style of music that allows for some repeat block sections with variations of moderate spikes in difficulty. Both kind can fall victim to novice creators that cut and paste other peoples work or are repetitive and boring with tons of only up and down, back and forth movement sets.

Some other irritating trends are:
• Throwing every block in your face at the last second to make seeing the next note difficult to increase difficulty.
• Guitar hero style. Each note in the song has a block which makes for a very frustrating & exhausting experience because missing even a small section fails you.
• Extreme Note spam, like “dial up” with 20000 notes on expert

Example of whats wrong with the custom community:

I have not tried to make a custom track, but i would imagine it takes a descent level of skill patience and even artistry. That having been said, I have tried around 100+ songs now and the majority range from lackluster to a complete abomination, but! some really great ones do exist. here is my list.

I pre-ordered my Vive 8 months in advance, on the day pre-orders went up for the 1st release wave, as I was extremely excited to get into VR Gaming.

Some moderately entertaining games were released the first year, and a few AAA titles the next, but this was the first VR game that justified the purchase and has other people looking forward to getting one when I get them to strap the Vive to their face. I knew straight away that this was going to be special, but little did I know “the first hit is always free”. Beat Saber is VR crack.

If you have a VR HMD of any kind capable of playing this game, I cannot implore you hard enough to go to the Steam page or Oculus Home and buy this ASAP.