Smoke and Sacrifice is a game with a gorgeous hand-drawn art style and good sound direction, but is crippled by tedious, uninteresting gameplay mechanics that will drive players to boredom and frustration.

Smoke and Sacrifice is advertised as an open-world RPG with crafting elements and is set in a post-apocalyptic world where civilization has regressed to early industrial levels while remnants of a much more advanced technology remain scattered all around. The fact that these elements are mostly military makes me presume that some kind of huge conflict brought humanity to its current state. You will impersonate Sachi, mother of Leo, a small child who is to be given as a sacrifice to the Sun Tree, a mysterious piece of ancient machinery used to fuel Sachi’s small village. As per tradition, each first born of every woman is given as sacrifice to the Tree to fuel its power. After a ruinous failure occurs with the machine, Sachi decides the only way to escape is to go inside the Tree itself, and finds herself catapulted to a strange, new land, filled with perils, and she knows the path in front of her will help her find answers pertaining to her only son. I said “advertised” as an open-world RPG for a reason. As you will read further, this is not exactly what you would expect an RPG to be.

General Gameplay
Smoke and Sacrifice takes place on a very unusual 2.5D isometric plane, basically the ground is a 3D plane while all the elements such as monsters, NPCs, props and so on are displayed as 2D drawings in a fashion very similar to Don’t Starve or Crashlands. Controls are few and straightforward, I for Inventory, Q for Quest log, C for crafting, WASD for movement, mouse click or R to attack targets.

There are three main things you will be doing. First and most consistent is resource gathering elements from the environment such as plants, animals, insects, trees, etc. These will yield different resources if killed, hit, or harvested with tools. These resources will be needed for crafting, once you have unlocked the appropriate recipes given you by NPCs in quests, or found in the world on special inscriptions, requiring dedicated items such as rubbing kits, or fluids, to reveal them.

The second activity you will be doing is questing, of course. there are various NPCs around the world giving you quests, with rewards being mostly resources, items, or rarely some new crafting recipes. 95% of the time these will be fetch quests, requiring you to gather a specified numbers of items either from deposits, enemies, or other elements of the environment. This can sound reasonable enough at first but then after some hours it becomes unbearably boring. I am not against grindy games, but grinding supposes some form of PROGRESSION, which is absent in this game apart from upgrading your gear once you find the recipes and materials to do so.

That’s right: enemies DO NOT give experience when killed, your character does NOT have any XP bar, or levels, or any passive or active skill to speak of. The only form of progression is the gear you craft. the bad side of this is that almost everything has a DURABILITY bar on it, even materials you gather: for example, boots will degrade by simply walking while meat, fruits and other organic stuff will rot over time and force you to COLLECT IT AGAIN if it gets spoiled, also you will need to re-craft armor if it gets degraded since the game DOES NOT PROVIDE armor repair kits anytime soon. This kind of situation will be common: a new pair of snow boots is needed, for which pelts are required, involving traveling to the snow zone and finding some mineral to craft SOMETHING ELSE to do another FETCH QUEST. At this point this is not an open world RPG, this is an open world item collection game with enemies.

Also, quests never have choices in them, not even the main one, and weapons and items do not even have basic statistics such as damage, weight, DPS, armor, etc. so the BASIC ELEMENTS of role playing which are Statistics of loot, Character Progression and actual Role Playing choices are completely ABSENT. This is sold as an open world RPG but in essence it is NOT. It is instead a repetitive game filled to the brim with boring fetch quests and uninteresting characters. To ease this pain fast, travel between selected location is available if you find enough Tokens to activate fast travel points.

Combat System
The third and final activity will be Combat. It is based on a basic dodge and attack system. Nothing is wrong with it, but the nature of the graphics prevents the player from collecting items that enemies drop behind some world element. For example, if an enemy drops some resource you need behind a tree, well tough luck, you can’t get it anymore because YOU CANNOT CLICK IT. This leads to frustration and even more fetching. Enemy collisions are inaccurate, especially on larger bosses, and these will eventually hit you even if you clearly dodged half of the time. Enemies that go behind world objects can very well become OUT OF TARGET RANGE but they still can target YOU in turn.

There is also an active Shield ability you can use at the cost of Light Points. This will make you invulnerable for a brief moment, useful when you are going to get hit. Items collected by enemies can give a variety of buffs such as better attack speed, damage and so on, so buffing yourself before a difficult fight is recommended… but, oh wait, all those nice items I had got spoiled because of durability again. Now I have to roam for half an hour and grind them AGAIN to have some decent buffs to face that boss. More fetching, what fun!

Content
I did not complete this game and I do not intend to do so.

Balancing
Balancing is fairly okay, enemies are tough and give a good challenge as you need to dodge quick and be attentive.

Challenge
The monsters may be tough, but the greatest challenge will avoiding death from boredom with all that fetching. 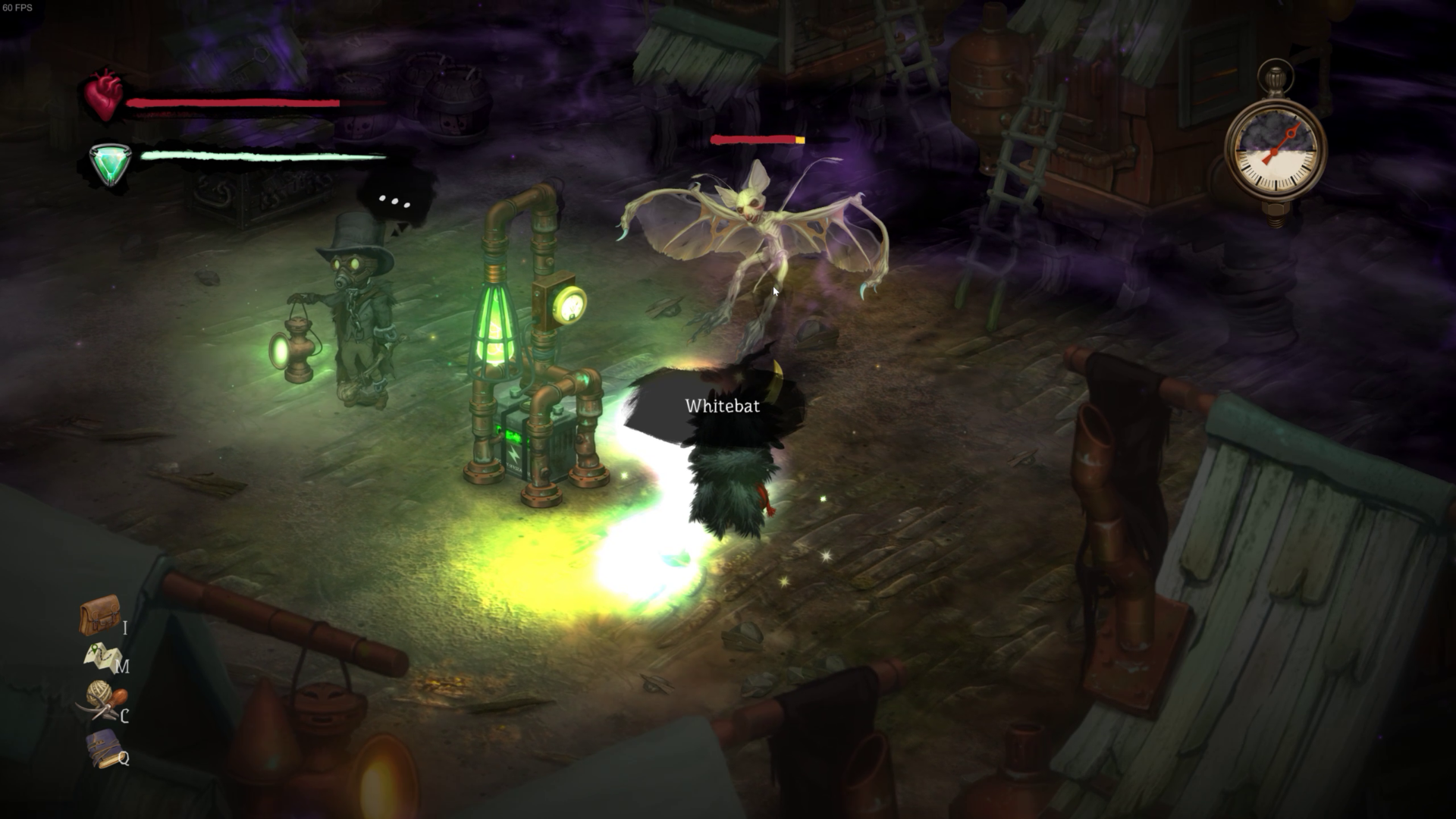 Sound
The over sound quality does a good job with effects and music.

Quality of Life
The graphics options are composed of only resolution options. There aren’t even volume bars (!!!). Item sorting in inventory is messy and could use some sorting options. There is no quick bar for anything except weapons/tools. The map is often misleading and will not show locations or NPCs properly unless you are zoomed in very close. The presence of enemies in the towns, with NPCs ignoring them, prevent you from finishing quests properly and is extremely aggravating. The game will not tell you if an NPC has a quest unless you are very close to it. You can only save at FIXED POINTS and you only have ONE save slot that is automatically overwritten. In an “open world (NON) rpg, in 2018. Yeah. 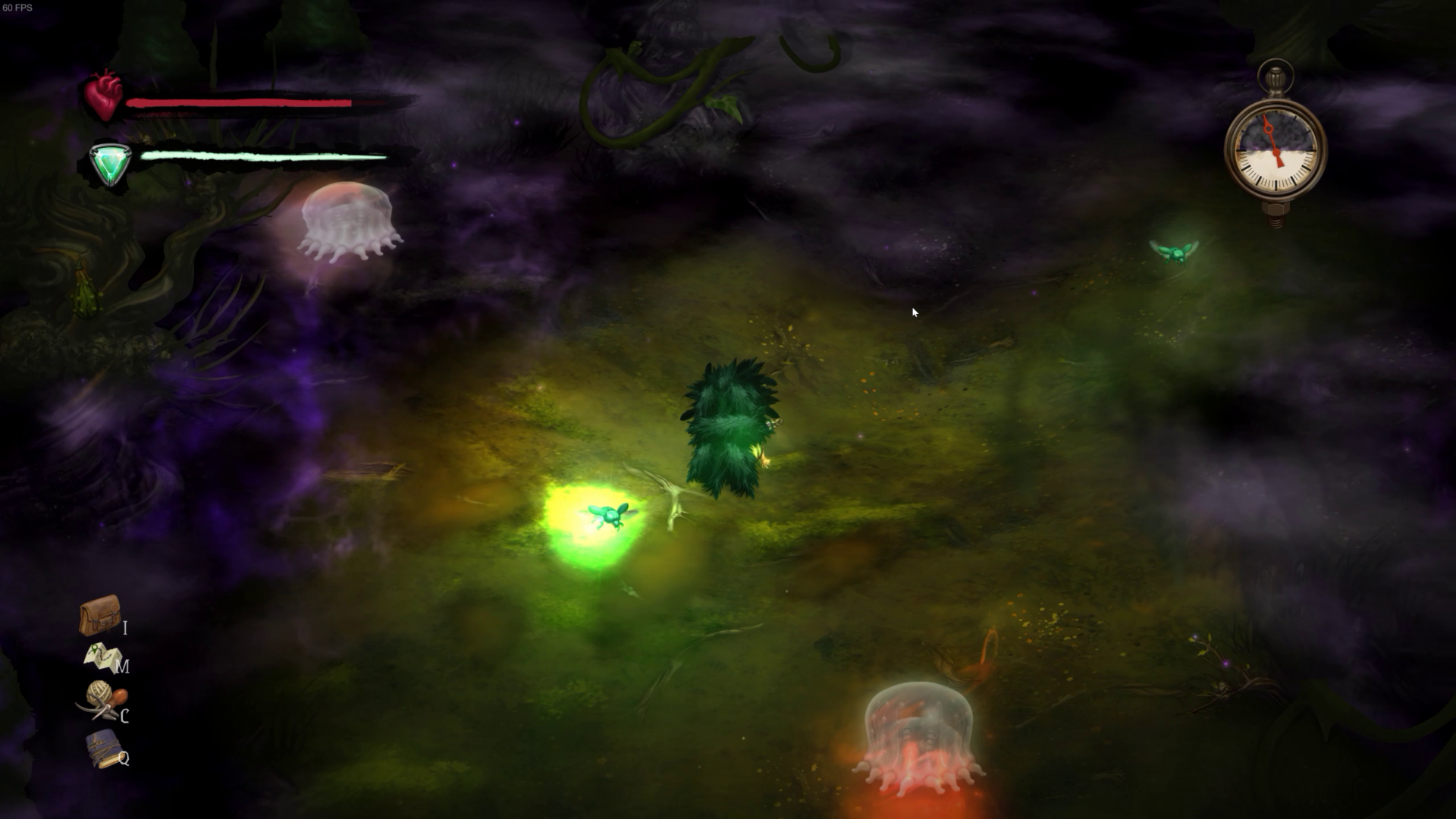 Smoke and Sacrifice is an open world adventure game (and NOT an RPG) with beautiful graphics and good sound design. However, all that is utterly ruined by repetitive, and grindy gameplay with uninteresting quests and nonexistent character progression. It’s a real shame because for such a nice looking game, it could have been so much better.