For being one of the most anticipated games of 2018, Vampyr does not meet expectations and reveals itself as a mediocre, generic, inconsistent action-adventure game that is saved, in part, only by good character development and an intriguing game world.

At long last the long wait is over and Vampyr is released, a game fans of DONTNOD have been eyeing for quite some time and a high seller for pre-orders in 2018. Let’s start by saying it is sold as an Action RPG where choices bring huge consequences and shape the world around you, but that is not entirely true, as I will explain a bit further. In this game you will be playing as Dr. Jonathan Reid, a respected surgeon now transformed in a vampire, without knowing how or why. Left alone with his new, terrifying condition and an ever increasing thirst for blood, you will have to find answers regarding not only your life, but also the death of your sister. Set in a dark, gritty, pestilence-infected 1918 London, Vampyr surely has a good setting and style in depicting the atmosphere and character likely to be found at the time, in this it excels, but falls short on many other things as you will read further.

General Gameplay
Vampyr proposes a semi open-world, action adventure with third person gameplay. The map consists of several districts in a section of London. Both poor and rich districts are present, so the area is rather vast, and especially convoluted, consisting of many alleys, tunnels, and sewers to get into eventually. Even if you can traverse the whole map in five minutes or so running madly though it, there are quite a lot of places to explore in detail.

Your main activities will be combat, explained in the following section, exploration, and the main feature, interacting with characters. Yes, because Vampyr is not a game focused on exploration or combat, but instead on the deep, intricate relationships going on between you and all the NPCs of each area, and how they are linked to each other. By speaking with people you will find out more and more information and gossip, unlocking new dialogue options with other characters, that will in turn unlock even more. In this regard, Vampyr is an excellent title, with solid writing and very well characterized NPCs.

Getting information about people will unlock Hints, used to get specific information in dialogues. Each unlocked Hint will boost the experience you can gain from a certain character should we decide to absorb their blood, killing them. This opens up another mechanic as you can choose to be a bad character and kill all the NPCs you find, eventually draining their blood, or be a good character and never do so, resulting as the game says, in a more difficult experience as your unlocked skills and levels will be weaker than enemies the more you progress. Defeating enemies, bosses, and completing quests gives some experience, but barely enough to make it out alive as enemies always become stronger as you proceed in the story.

The centerpiece of the game should be choices, but here the game falls a bit short. While you can decide who to kill and who to spare and see the consequences of that, you must know that your character has his own moral compass, ideals, values, and opinions, and in many occasions the game will FORCE you to abide to them, without the possibility to express yourself. For example, it forces you to disagree with someone even if you do want to agree. This takes out one of the main elements that constitute an RPG, the complete freedom of choice and freedom of moral compass, therefore Vampyr is NOT an RPG, but an action adventure game. Bear it in mind.

Other mechanics consist of exploration, which is basic since the map is already revealed, and collecting stuff from containers scattered in the world to then use in the crafting of weapons, medicines to heal sick NPCs, or upgrading. There are also Traders willing to sell components for money. 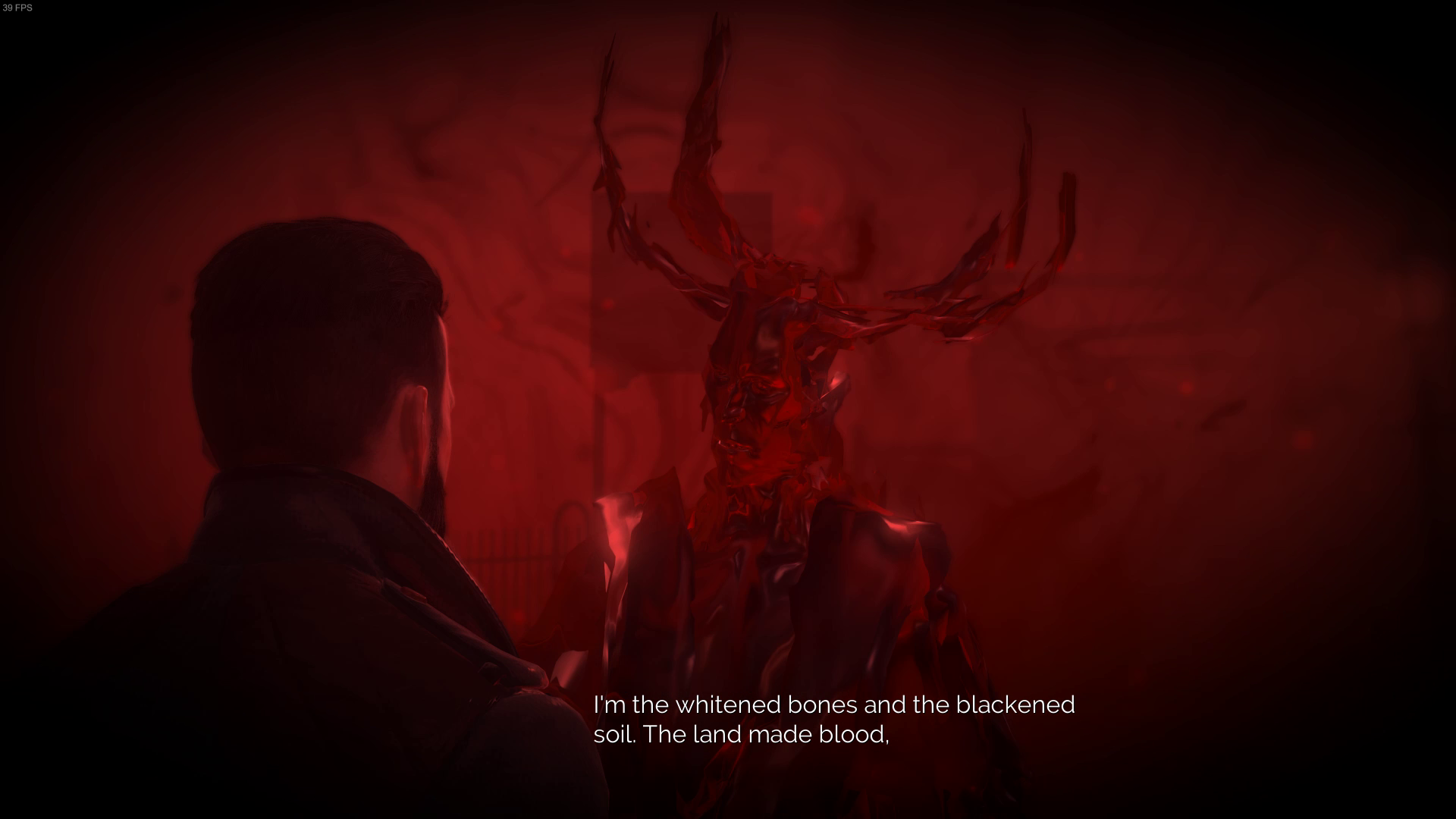 With a story-rich game such as this, you may feel that the emphasis would be on the personal narrative of Jonathan E. Reid, the doctor turned vampire out to save the city, but in reality it’s focus is on the lives and stories of the characters throughout the game. Even the atmosphere becomes a persona of sorts as the background of the city literally changes with the choices you make, such as killing innocents. Kill by the droves, and you’ll end up with a game world filled with evil combatants and streets that become more and more hellish. Yet, killing is a double-edged sword. If you kill someone that turns out to be a quest character, that person is dead and gone, with no way to go back and complete that quest.

Alternatively, there is healing to be done and much of the story hinges on the interactions with those people you need to heal as a doctor. That said, the amount of story will vary depending on your response to them. If you pay attention to their story and go about the direction they are hinting at, then you’ll likely unlock more story that branches to another bit of narrative that may affect the outcome of the scene. However, if you answer wrongly, then you’ll possibly break off the outcome or end up with a less than desired result. This game is about consequences that you must live with and reveals hints to the story based on your interactions, for better or for worse. This involves a social mechanic in the gameplay that you can either level up with or lose out on. It’s interesting, but your reaction may vary depending on how you view your end results.

Each character’s viewpoint is a central theme throughout the story and how much you enjoy this story relies on how much you enjoy all the talking going on here. One thing is does not do, however, is become tedious like the game Murdered: Soul Suspect did. The writing is competent and well voice acted enough to make this a strong component of the game rather than simply time filler.

Even with the many positive things to say about this game, the story in the later chapters (5 and 6) feel very abrupt, rushed, and are filled with events that go against the narrative coherence or even just plain common sense. It honestly comes off like they possibly ran out of time or budget in the last part of the game, leaving it a mishmash of events combined with those narrative hiccups.  It completely sapped my will to see how it all ends, leading off to me to a stale, uninspired final boss fight that I didn’t have an ounce of will or reason to finish. A real shame and a big oversight from DONTNOD that surely comes as unexpected. 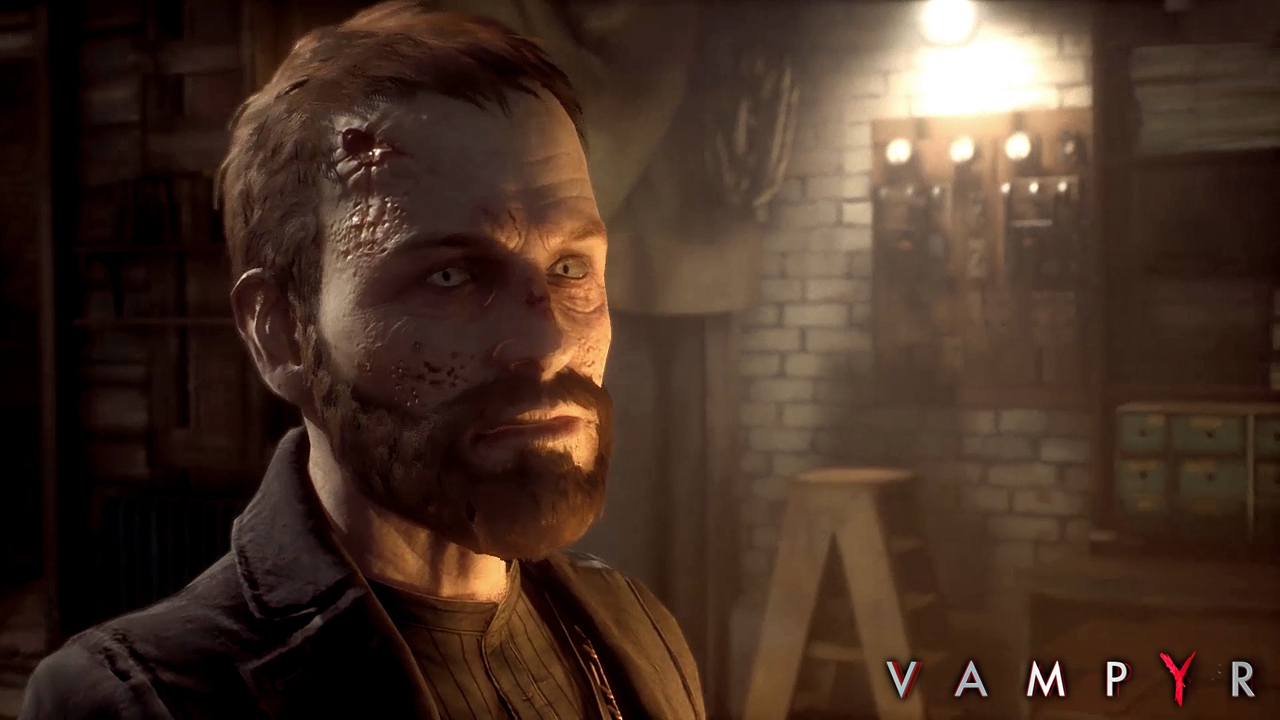 Combat System
This game’s combat is what you would expect from a third person action game. It is based on a Health, Stamina, and a Blood (mana) system. The centerpiece mechanics consist of dodging enemy attacks, learning attack patterns, timing parries with precision, dodges, and attacks to deal damage effectively. However, no aspects of this system particularly impresses or stands out, resulting in just another mediocre, average combat system that clearly has not been developed as an important part of the game.

There are skills to upgrade when leveling up at a safe house on the map, like more HP, more stamina, ranged and melee abilities fueled by Blood, which in turn is absorbed from enemies while they are Stunned in combat. All of this is kind of useless though, as there is clearly one type of weapon outclassing all others; the two handed ones. These give Stun, Damage, and a huge DPS all in the same weapon, eliminating any need for other weapons at all. Skills are mostly useless or gimmicky. Healing is the only useful one, for the rest you can stick to melee and upgrade stamina and health all the time, making combat situations easy because of how overpowered the healing is, how little stamina dodge consumes, and how powerful two handed weapons are. It comes off as unbalanced, generic, and feels much like a “side dish” combat system with no personality, weight, or gore.

The final boss has to mentioned. If you go the route of not killing innocents, which for an RPG should be an available option without hindrance, you will be sorely outmatched. Playing without killing is completely insane because the game centers around XP, and without killing enough the enemies will rip you to shreds. Even if you get to the final boss killing as few innocents as possible, you will be absolutely out of your class. There is a way to grind away some XP by killing all your enemies for 10 XP per enemy, but that would involve dozens of hours compared to killing innocents for 1000 XP.

Content
The game can last 30 to 35 hours for a completionist run involving all side quests and the main quest.

Balancing/Challenge
This game’s combat is unbalanced towards the player by a large margin, even by not killing NPCs and therefore having the bare minimum experience possible. I’d rate the challenge at a medium-low rating. 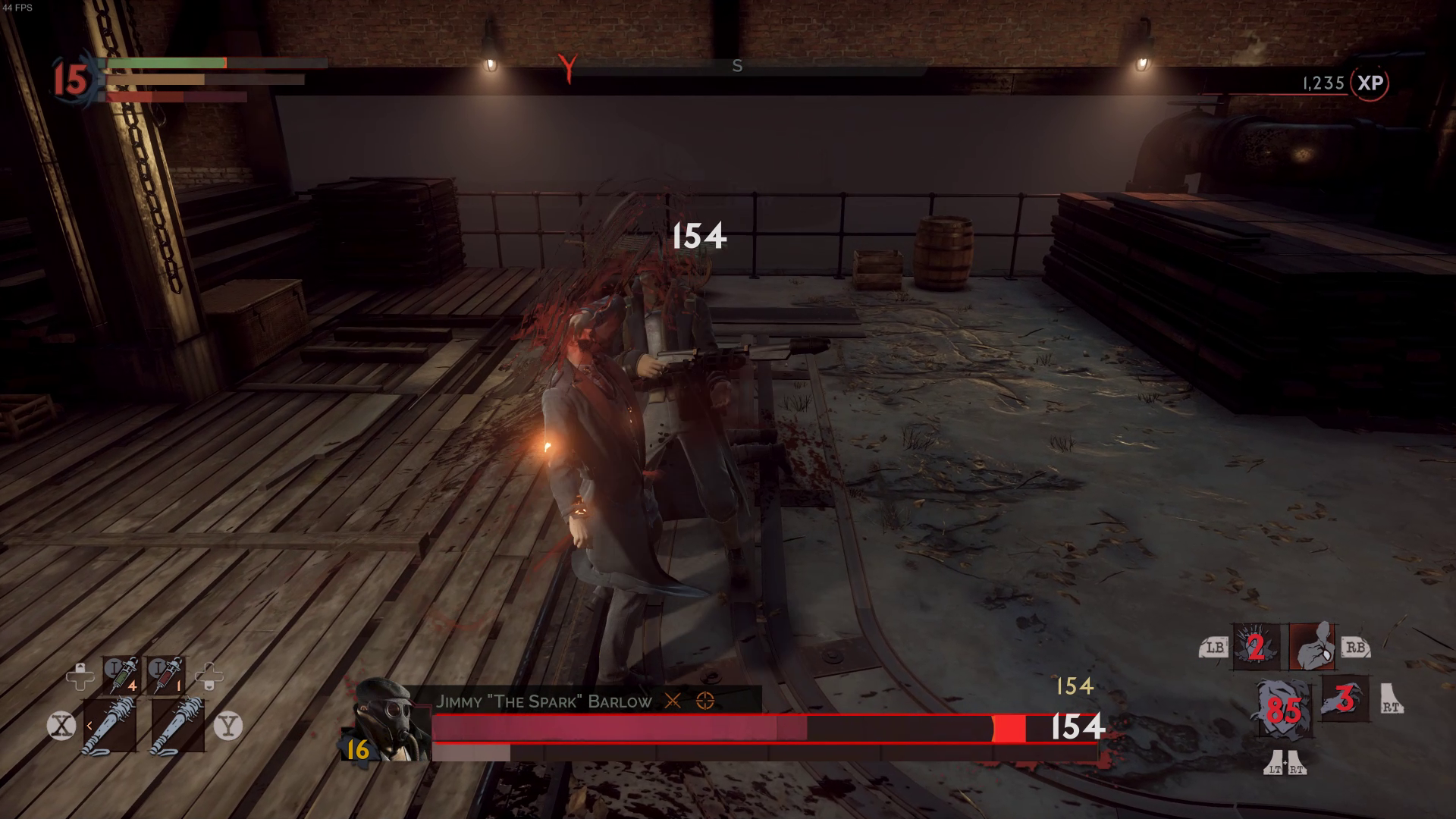 Graphics
It’s a bit odd, but the graphics are inconsistent. Some elements are very well done and up to today’s standards for a AA game, while some others are very low quality and just look like they belong to other games, from 10 years ago. This is seen especially in textures varying substantially with different qualities. There is pop up, weird animations for characters, and other glitches that are quite common and outline some bad polishing at release. Overall, the atmosphere is rendered well but all these issues prevent complete immersion.

Sound
Sonically, the game’s voice acting, effects, and music score are all of a high quality and impressive.

Performance
The game’s performance is inconsistent. Sometimes there are solid frame-rates, and occasionally there are very bad frame drops. Even on high end systems that are way above recommended settings, the optimization work is not very good as of right now.

Quality of Life
Consumables are not restored when you are resurrected at a checkpoint after a boss fight defeats you. This means that if you need other consumables you have to go ALL the way back to a workbench and craft more, or if you are out of materials, a tiresome and pointless component grind is in order to then craft said consumables again and have them at your disposal when you will face the boss again. An unnecessary mechanic clearly aimed to artificially lengthen playtime with a tiresome and boring mechanic. 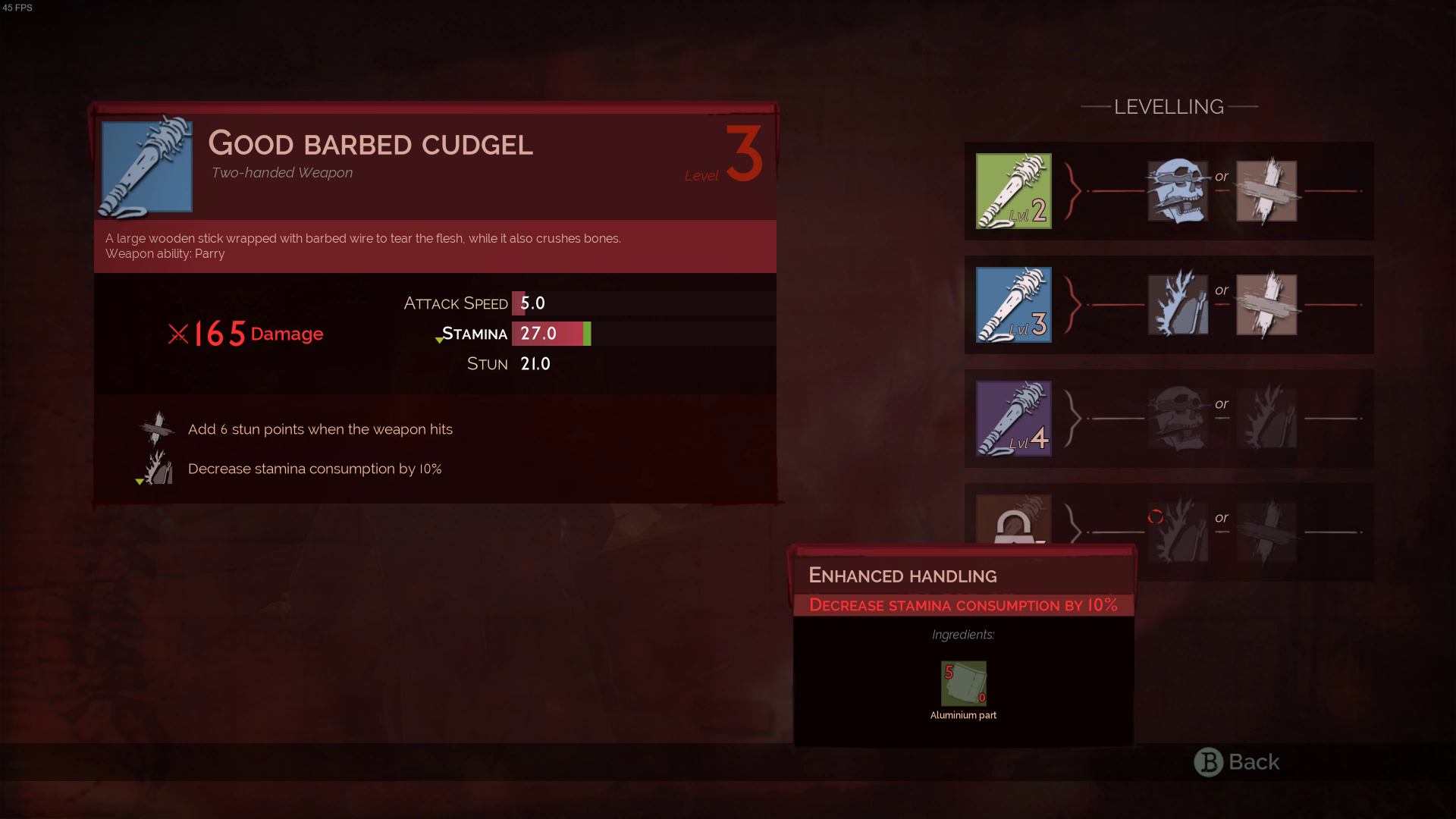 Vampyr is a third person action adventure game rather than an RPG. It has a mood inspiring setting and well done characters bolstered by a compelling story, but it falls short on combat, role playing elements, combat balance, story balance late in the game, and performance, making a mediocre title out of it. If you had high hopes well, too bad for you. I do not recommend it for 50€, wait maybe for a 50% or more discount before buying it.