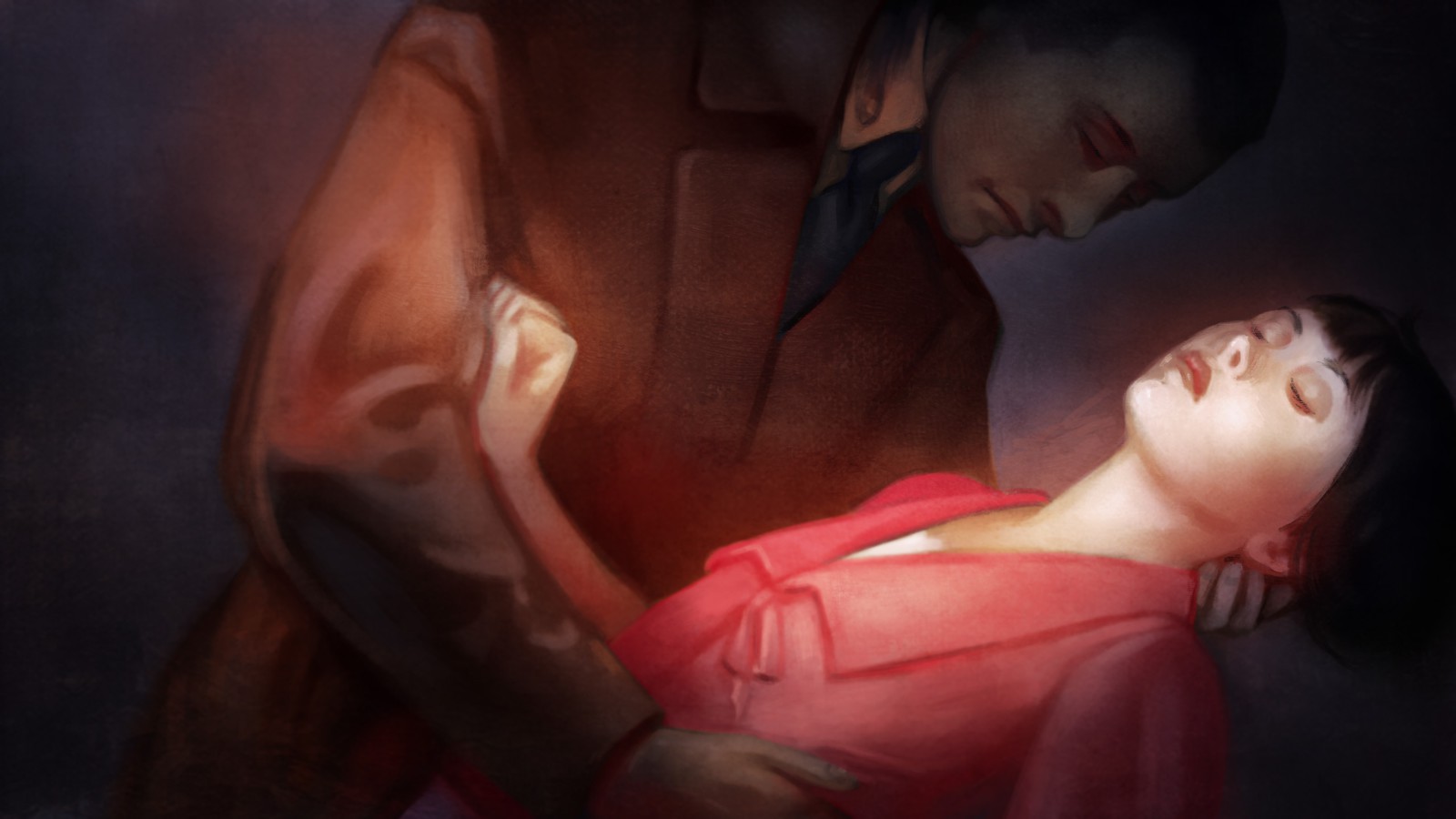 We start the journey in the minds of three main characters: Tell, Kalevel, and Julius. If you think we would have the intertwining story only show up towards the end, well you will be surprised. As soon as we start, we know there is a long history behind Asher, the city-state in which the story takes place. All three of our characters have their own reasons as to why their paths happen in the same vicinity. Julius is a demon, specifically a shadow demon that has recently started wondering what happened to him and, luckily for him, the one thing that was blocking this thought was broken. Tell was recently traveling to town to pursue a job and came across a deadly old friend. Lastly, Kalevel, an immortal court demon, gets caught up in a brewing betrayal that was ready for the right time to occur. We do get some insight into other minor characters, but we do not linger on them for too long. The choices you make determine these characters’ motivations and outcomes. 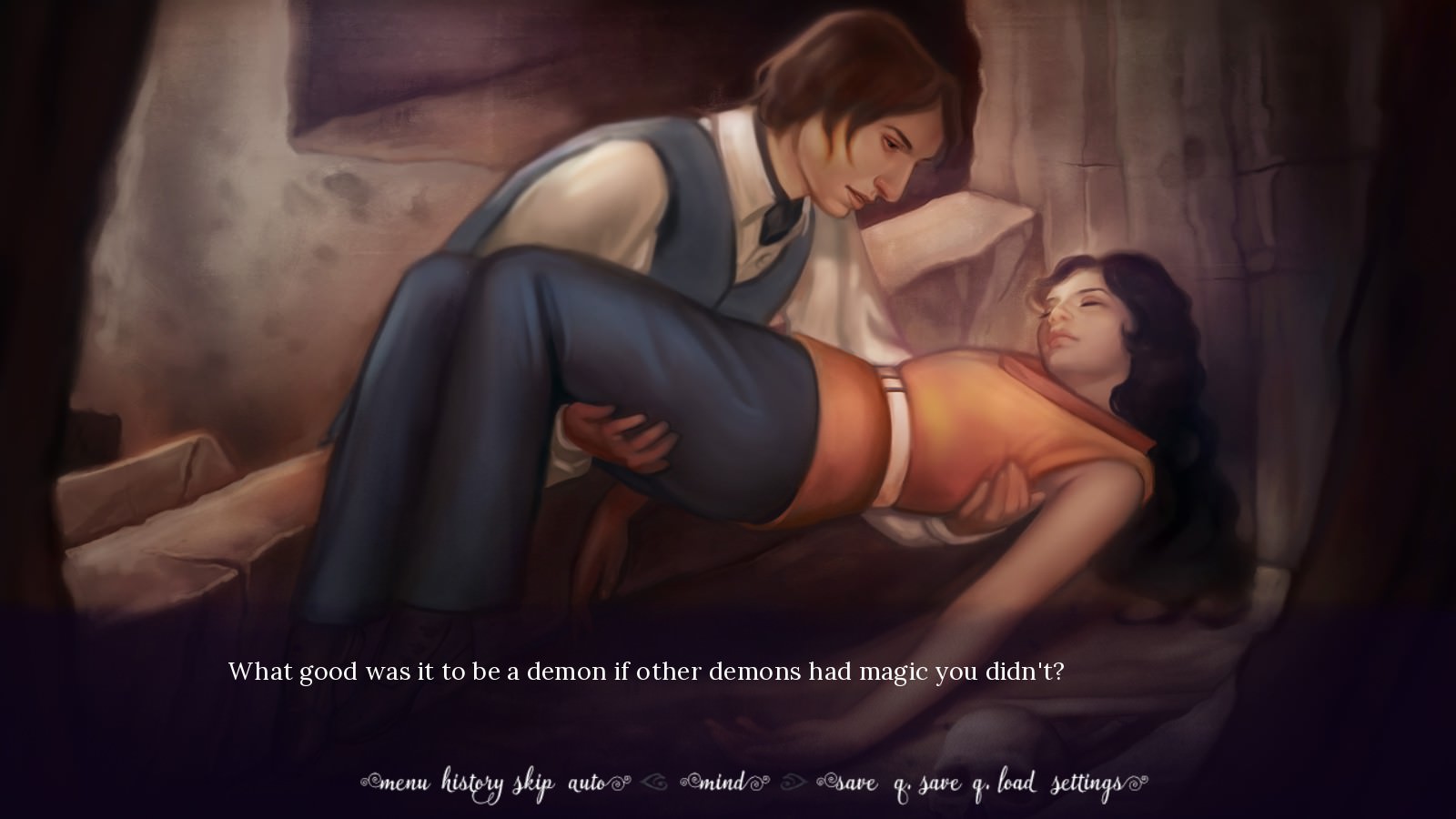 The strongest part, and arguably the one part that needs to be handled well in this genre, is the writing and in turn the story. I absolutely love it. It can honestly be overwhelming trying to keep the history together the first time with such things as immortals also being classified as demons yet different from shadow demons, but afterwards it’s easier to grasp. There are also some key aspects that take part in a shadow demon’s life that drew me in, such as giving a shadow demon’s hunger its own character and letting it be a key point in Julius’ character. I also enjoyed how the game was chain linking them all a visible space, loosely equating it to a stage and a spider’s web. There is no scene that means nothing when you first step in, it’s a far cry from games where players realize only later on that certain scenes were important to the whole picture 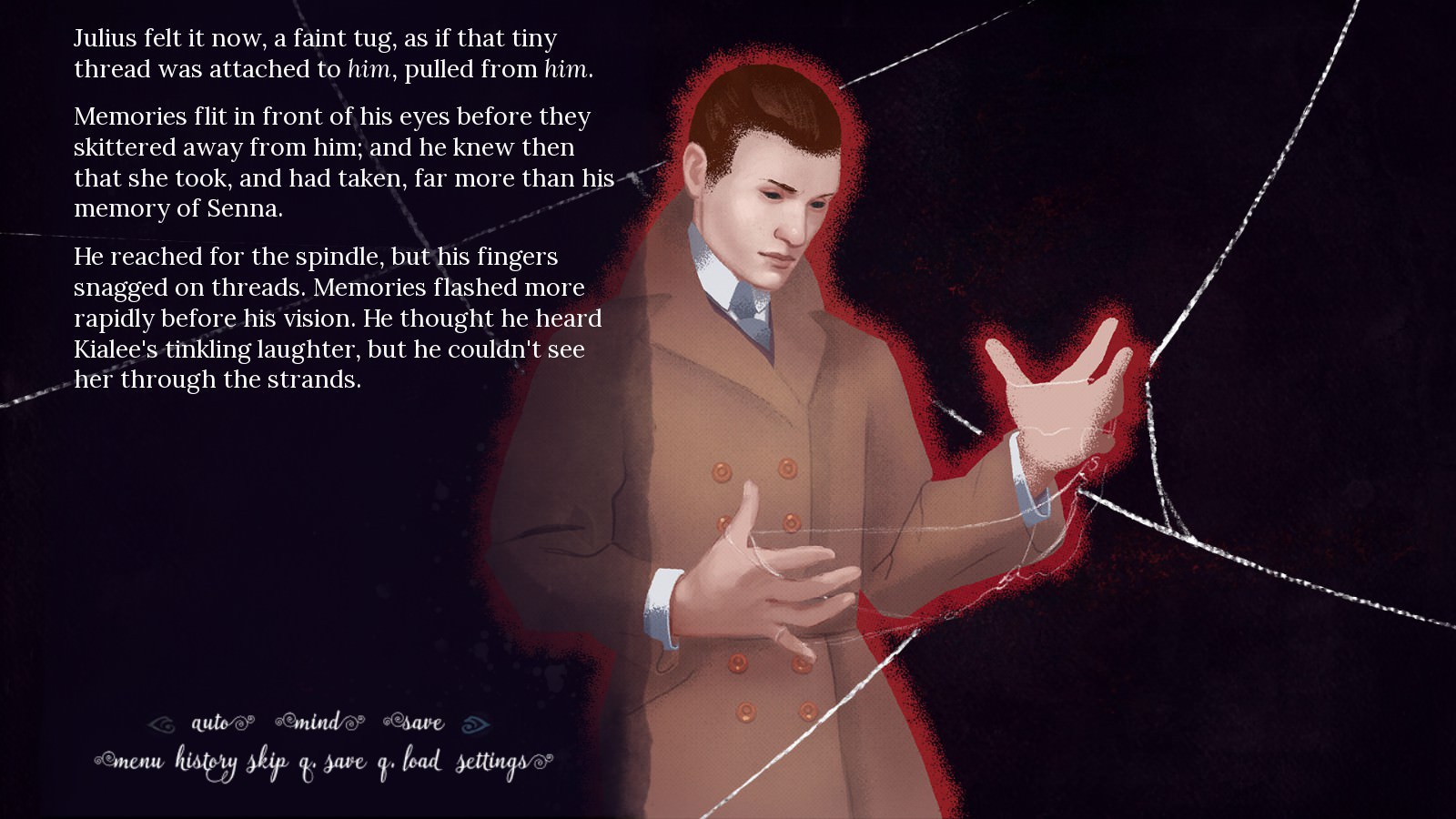 There are vast routes you can unlock, with more than 16 endings. I know what you’re thinking,  just play it once since the other endings barely change the dialogue or just add one or two new scenes. Well, in Tell a Demon’s case, that is wrong. There are, of course, events that need to happen, but other than that everything else is left to the player. As mentioned earlier, your choices decide where the character turns to in both action and thoughts. If you choose to be vengeful, that character will lean more towards that. You want someone to be killed badly? BAM CAN’T GO BACK ON IT NOW. If you’re like me, your gut reaction may be “this can’t possibly happen to this character but I’ll humor it”, well be ready to be surprised. So, if you end up playing this you really need to do multiple endings as there are scenes that can not be viewed unless character actions and motivations line up.  The game can even end early on certain routes or information will not come to light as you steered away from choices that would have revealed them. 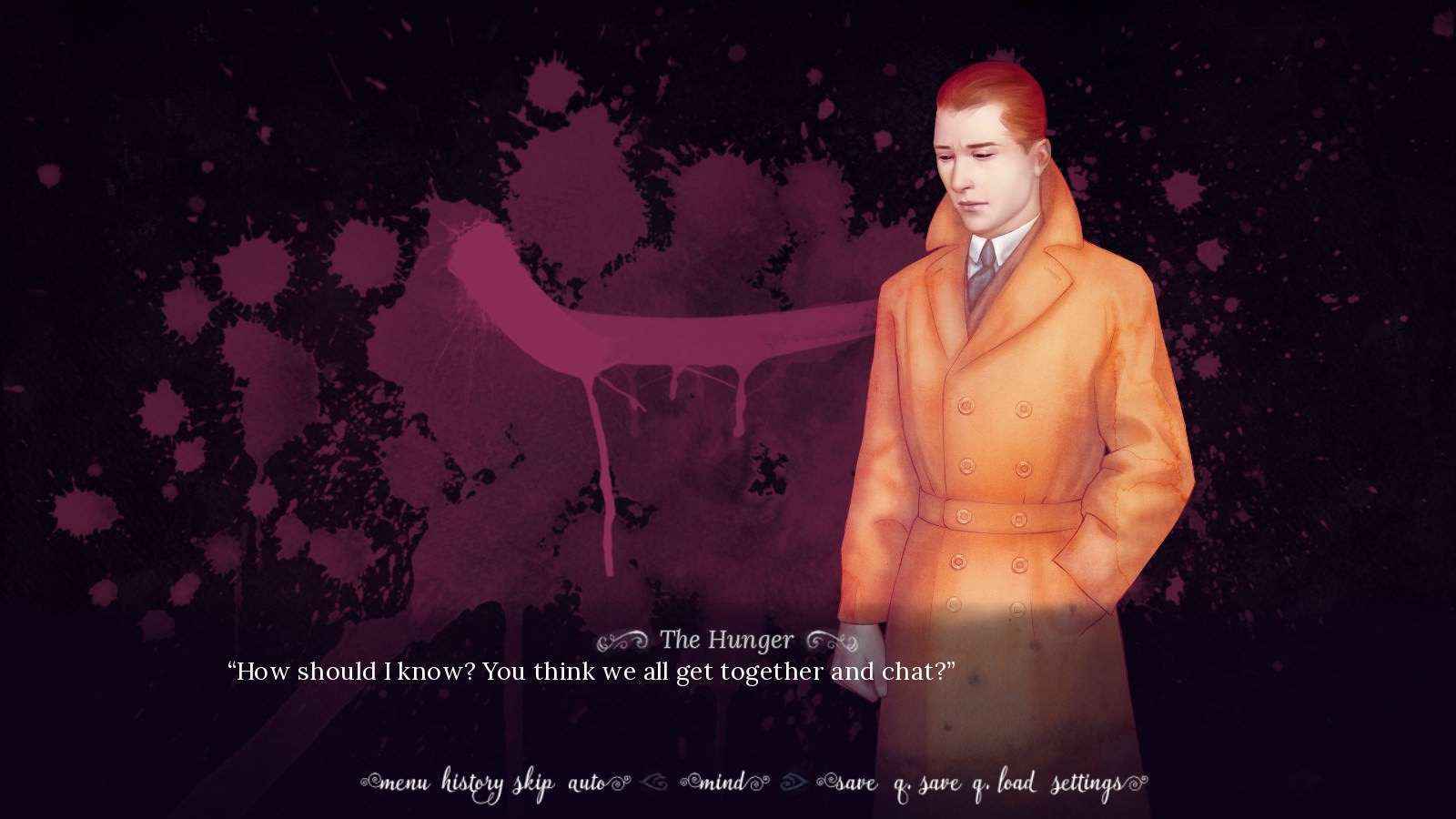 If one thing would catch your eye, it is the art style. With the vast majority of visual novels adapting the anime look, or looking like they tried to tone it down, Tell A Demon avoids this, going for a more realistic feel that reflects the 1920s. Even when you are sent into a flashback, you can tell how the fashion evolved. Everyone looks nice and there is never a moment where there is a repulsion to how they look or how they decided to dress. There is also a lot of detail that was put into the artwork on their faces, giving off emotion even though we have no voice acting. We also have some subtle detail changes other than the face, which may be missed if you’re not paying attention. 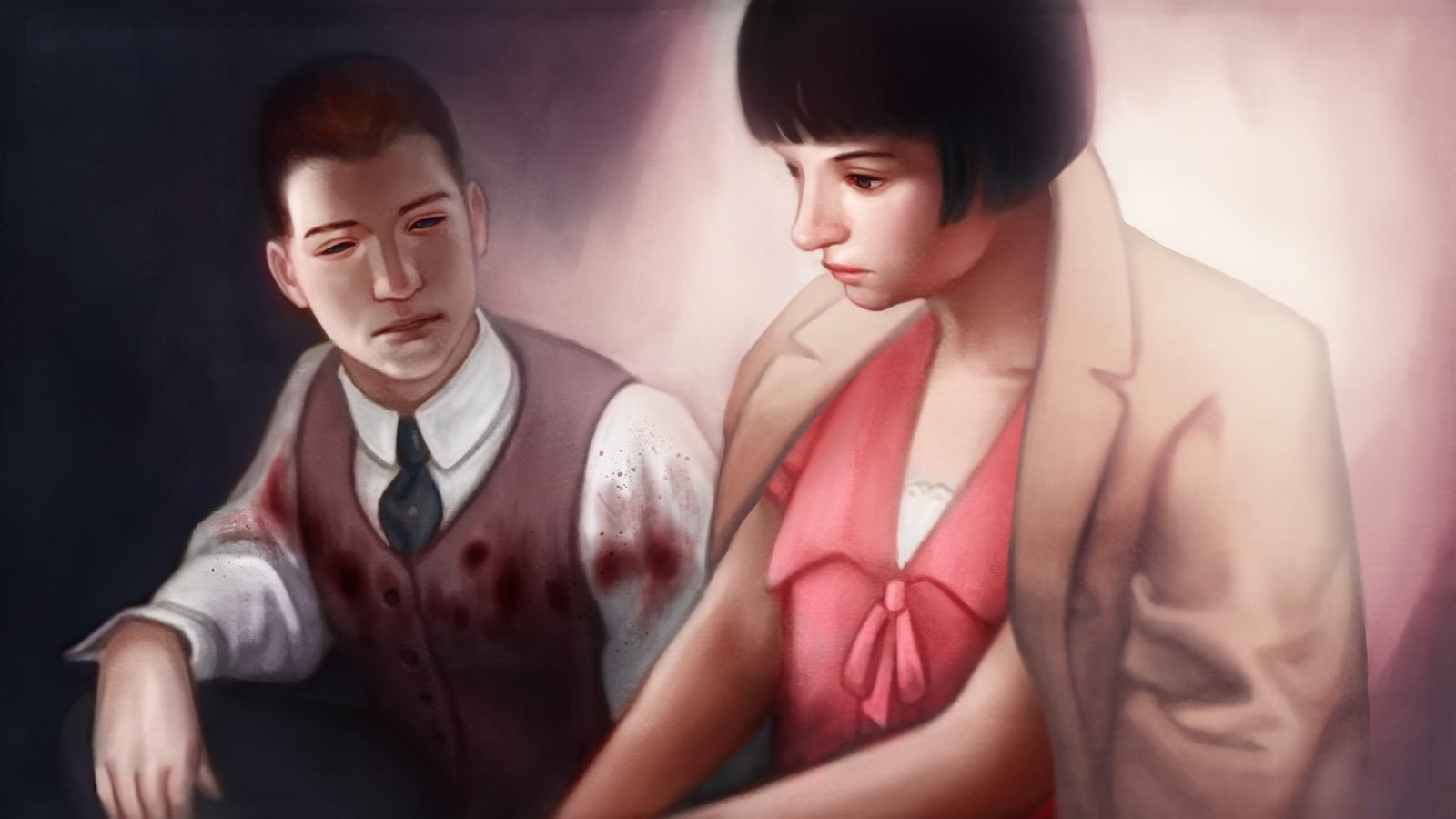 The only thing that would make this visual novel better would be voice acting, but this is not a detriment. You can still get the emotion from the words and facial expressions, as well as their thoughts of course. Tell a Demon still tries to make it easy to read despite this, as you can disable the fancy font that occasionally shows up and switch to the OpenDyslexic font, change the timer speed to pick choices, or disable it as a whole. There is also a great soundtrack with the appropriate cues to tracks that match the mood, never getting old even throughout multiple playthroughs. 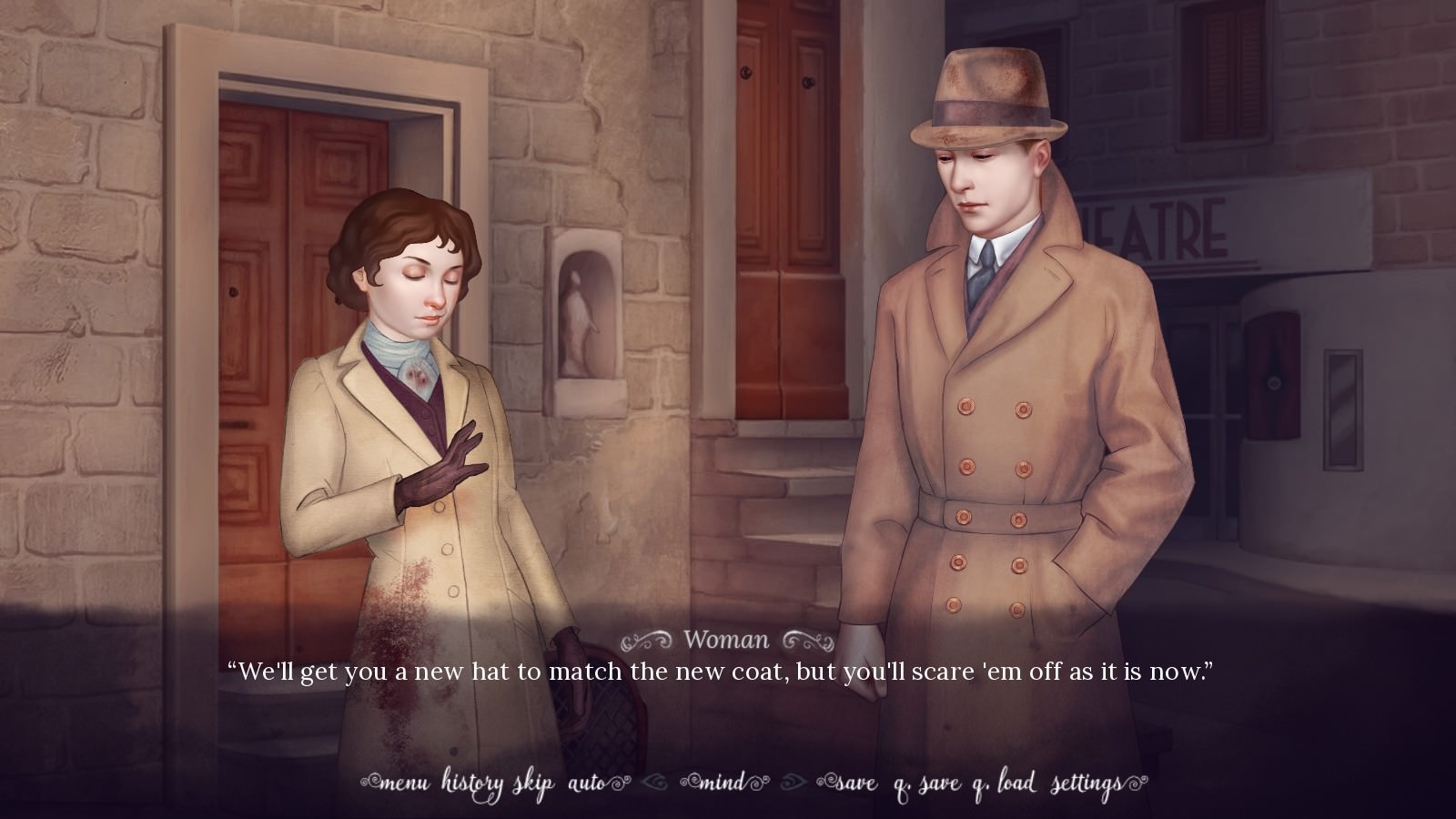 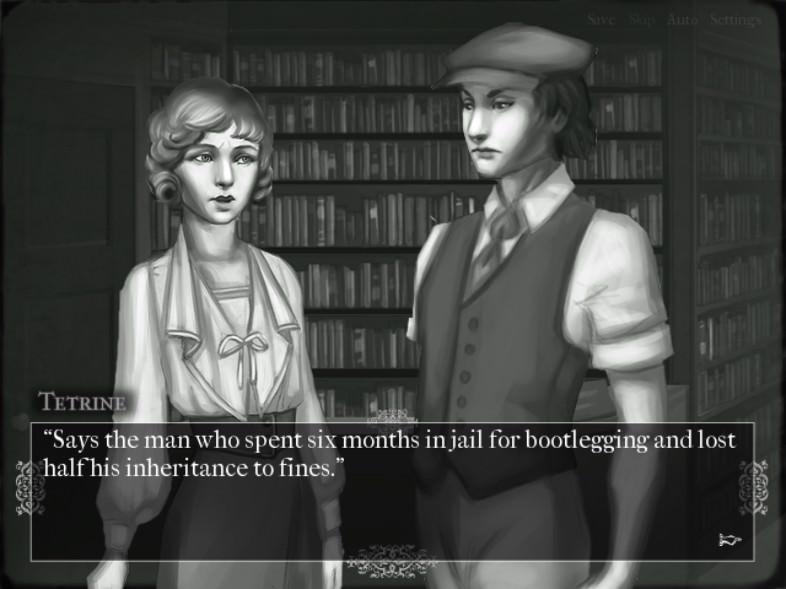 What surprised me is that Tell a Demon is not a standalone, but actually the second installment of a planned trilogy, the first actually being Asher. And of course, being curious about what this one holds, I decided to play it as well. Asher puts a minor character into the role of a main character as it focuses on Tetrine and how she deals with interacting with demons. You don’t need to play Asher to understand Tell A Demon, as there are only a couple direct callbacks to it, but it does give background information. As the developer states on the game page, it is rough around the edges. Some of the characters look different and some key things were changed, such as how they act (this can be attributed to the time skip, but there is an important relative of Julius that proves the timeframe is not long). I’m also quite sure Kalevel has a different background, but it nonetheless does what it is meant to. Despite it being older, you can still tell that the universe is deeply established and the developer’s marks that made Tell a Demon unique and great also appear in Asher. There is a plan to remake it so some story issues can be resolved and artwork is updated. It will always be free and you can get a download here: https://sunlabyrinth.com/portfolio/asher/. If you want more of Tell A Demon, definitely check out Asher. Don’t forget to look at Asher’s extras as well, there is a great song about River Nell that never got put into the games. 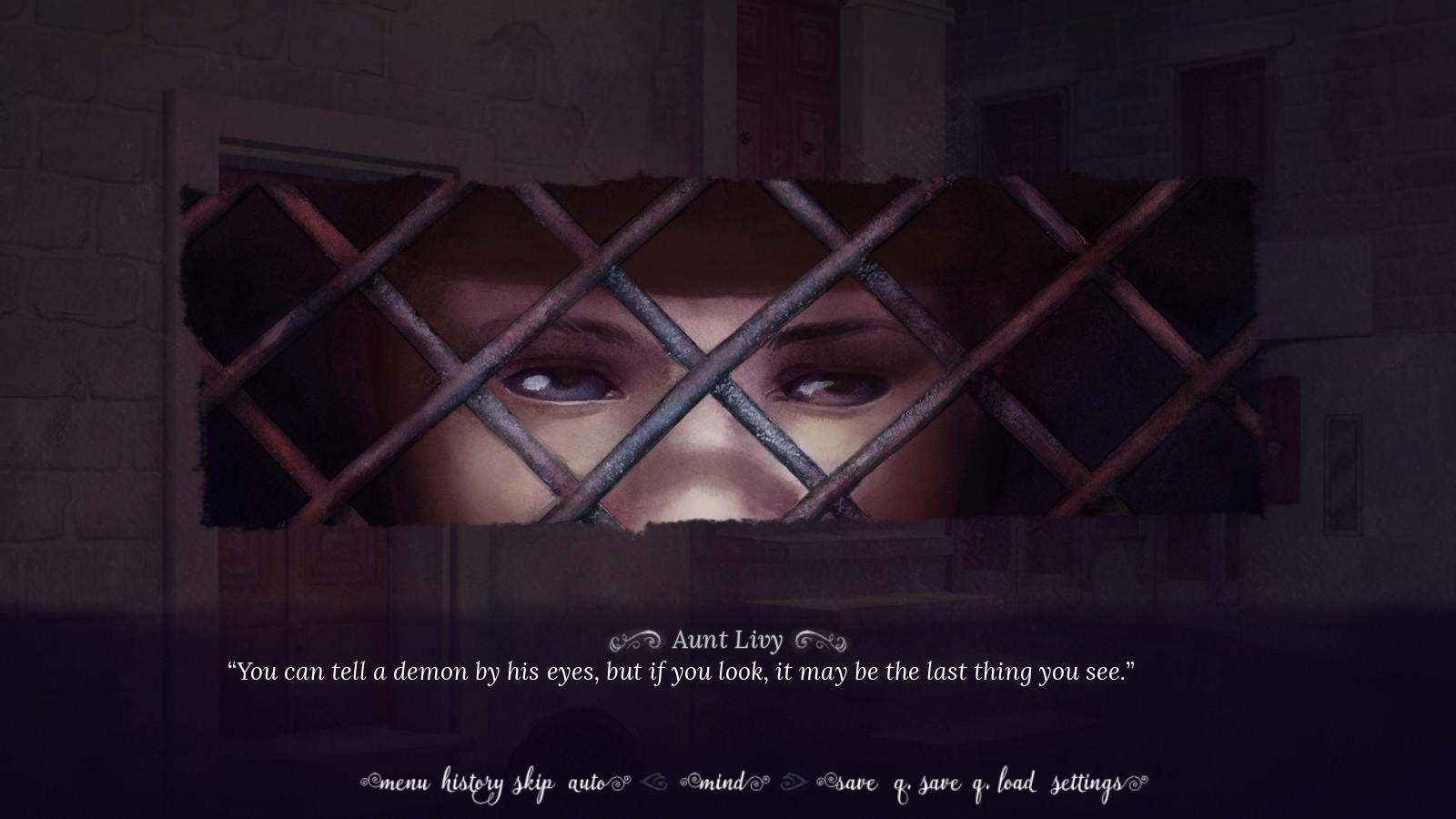 I am honestly surprised that not many people seem to have played Tell a Demon. The depth and intrigue of the story coupled with the deeply established universe and multiple routes that change the actions and motivations of the character is something that many have voiced their want of. It helps that the amazing art style and the developer’s unique way of storytelling makes this even more enjoyable. I highly recommend it, along with Asher, and can’t wait to see what is next. I hope they decide to continue making games after this trilogy ends.