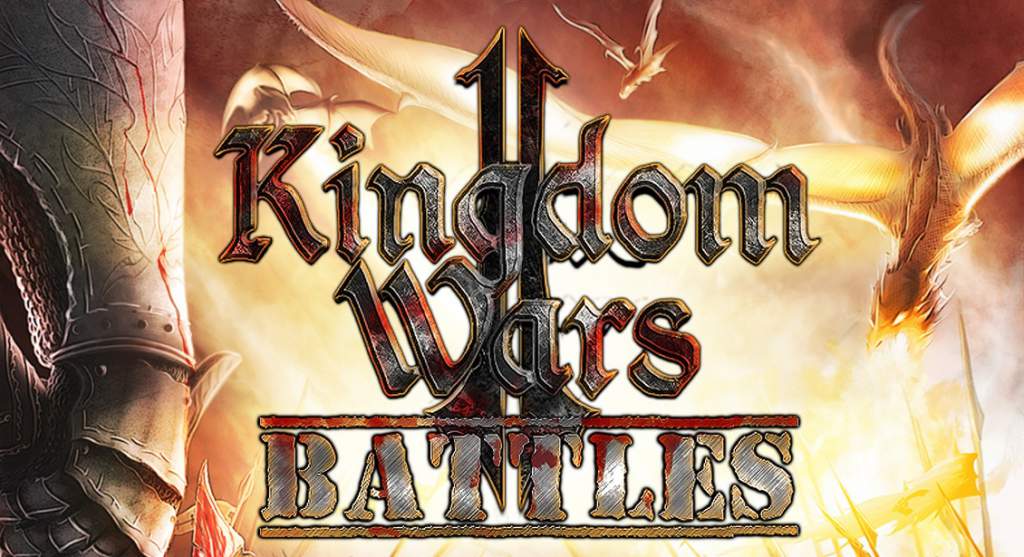 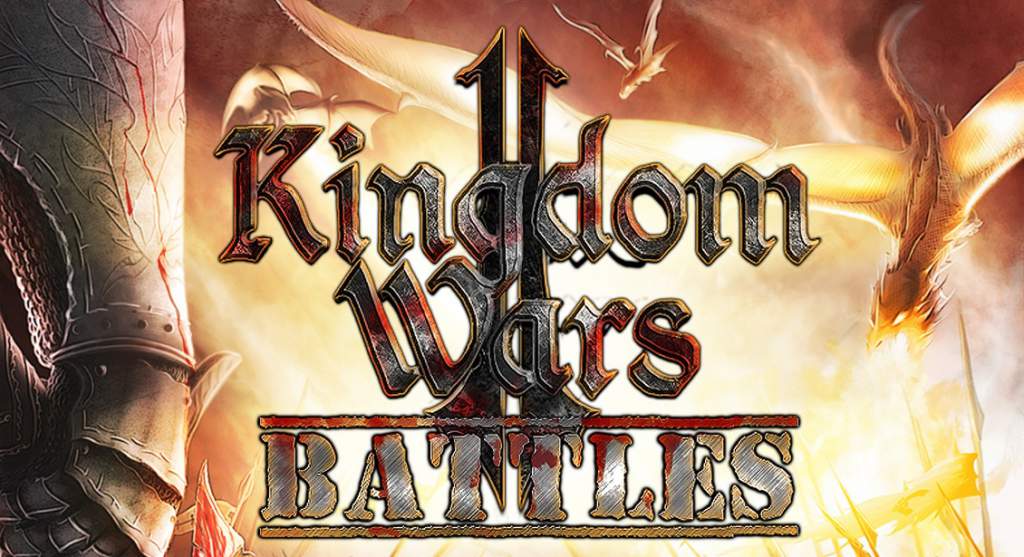 Kingdom Wars 2: Battles released by Reverie World Studios, Inc. is a real time strategy game that gives you all the usual fantasy RTS stuff, such as noble humans, bloodthirsty orcs and tree-hugging yet deadly elves. Build and protect your towns and fortifications, and gather an army large and powerful enough to destroy your opponents.  It’s all there, but does Kingdom Wars 2’s familiar mix of fantasy and real time strategy bring anything new to the table?

As I mentioned earlier, many of the things you would expect to find in a game of this genre are there. Use your labourers to gather, meat from animals, wood from forests, stone from mines and gold from mines, resource piles or the corpses strewing the battlefield. Once you’ve gathered the resources you can use them to build buildings, recruit troops or research technological upgrades. 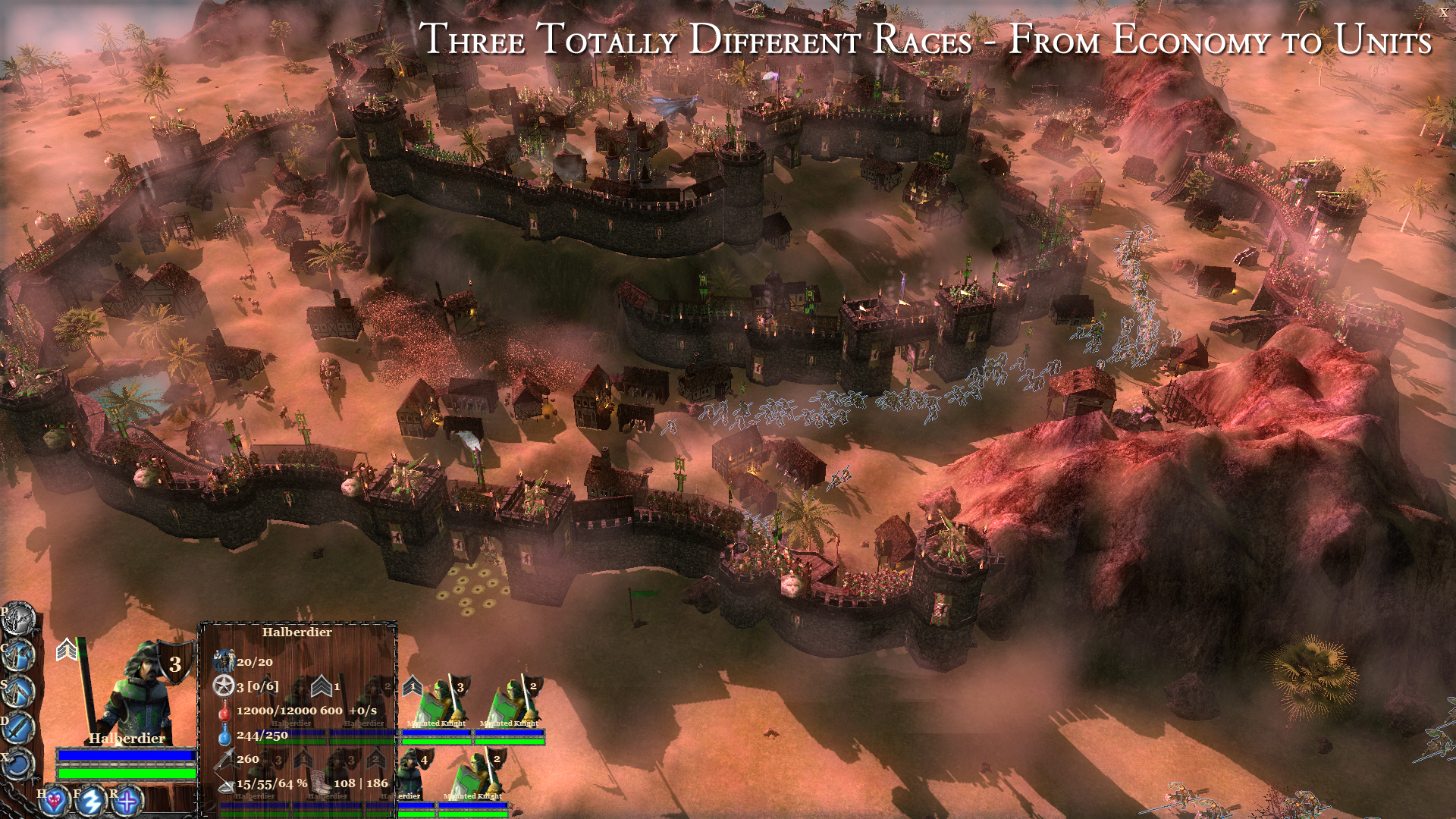 When it’s time to defend your city or attack the enemy you can send all your new troops over to give them a darn good telling off. If your enemy are hiding away behind there palisades or fortresses well, you’d better be prepared for a siege. A siege which will need you to build siege-towers, ladders, and battering rams which will get your troops inside. If you’re on the other side of the wall, you can prepare for a siege by ensuring the walls are filled with warriors and archers, installing oil pots, trebuchets and wooden roofs for protection.

If you do have trouble with defeating your enemy you can use cards and crafting to give you a little hand. Both the ‘Tech’ and the cards are outside of the real-time element of the game but can dramatically swing a battle you’re having trouble with game for you.

As you play, or even log-on you’re given resources such as blueprints, fine ale or relics ranging from common to epic depending on how rare they are. These resources can then be spent on techs or cards. Techs are unlocks for certain units and buildings that apply to the race for every match while cards are short term boosts for a set number of matches. 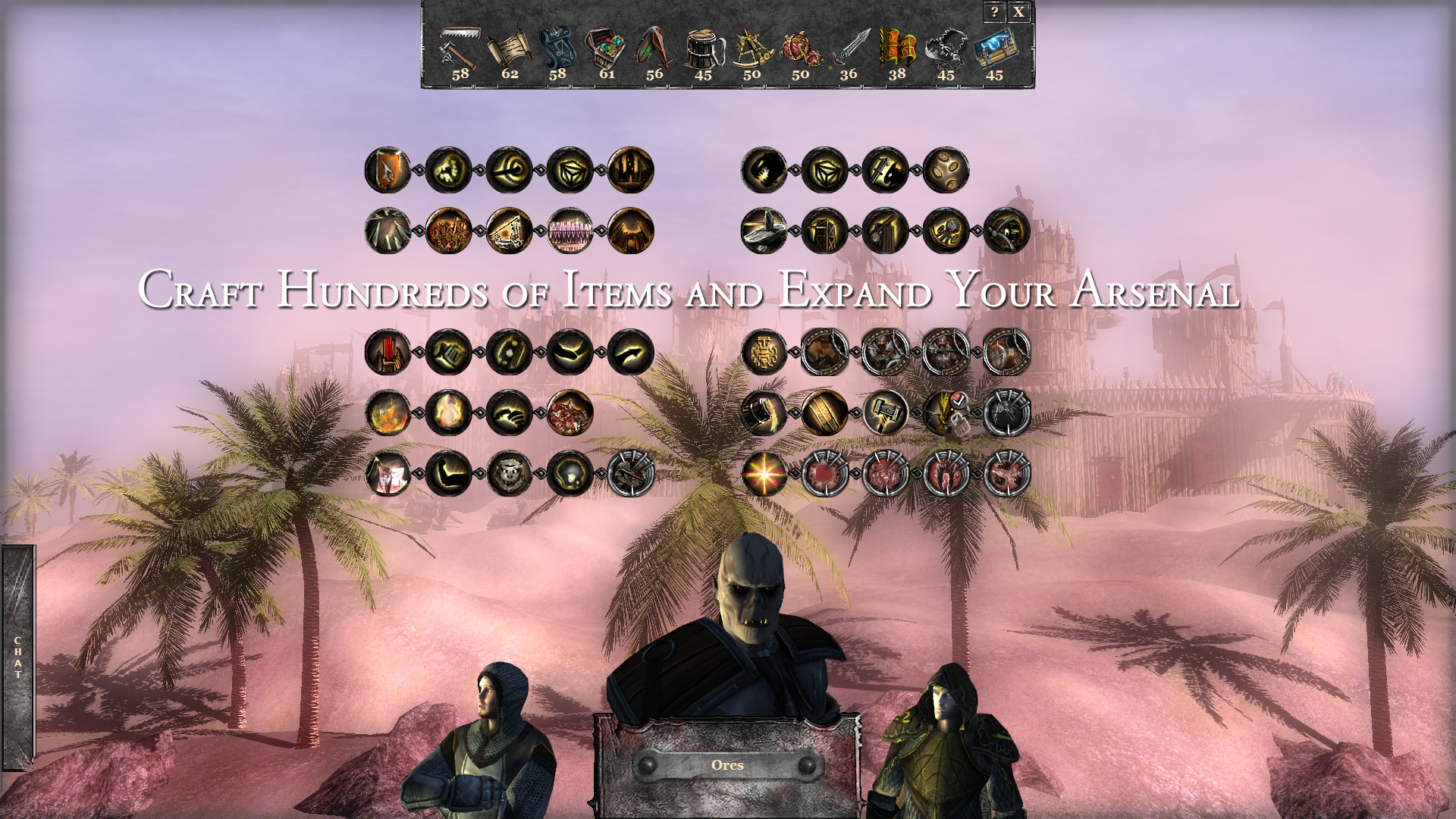 Kingdom Wars 2 uses a fairly standard mouse interface. Left-click selects a unit, right click tells that unit to move, attack etc. I wouldn’t have expected anything different and it’s pretty hard to go wrong with this. There’s not a great level of zoom with the so you can’t get up close and personal with the people laying down their lives for you, but there’s enough there for you to select the units you need without much difficulty.

Graphically, Kingdom Wars 2: Battles looks nice. The units and buildings are suitably different and in the most part easily identifiable. Although there are some of the units that look quite similar and I found I was getting confused in the heat of battle. Though I suspect that this is just a fairly standard outcome for games that follow a realistic ‘Total War’ approach to style rather than the cartoonish ‘Starcraft’ / ‘Warcraft’ one. Fantastic models are often sacrificed for realism.

Difficulty-wise, the level has been set about right. In the most part you’ll keep chugging along through the levels, but occasionally something takes you by surprise and flattens you. Although, next time, just change your strategy and you’ll likely have much better results. 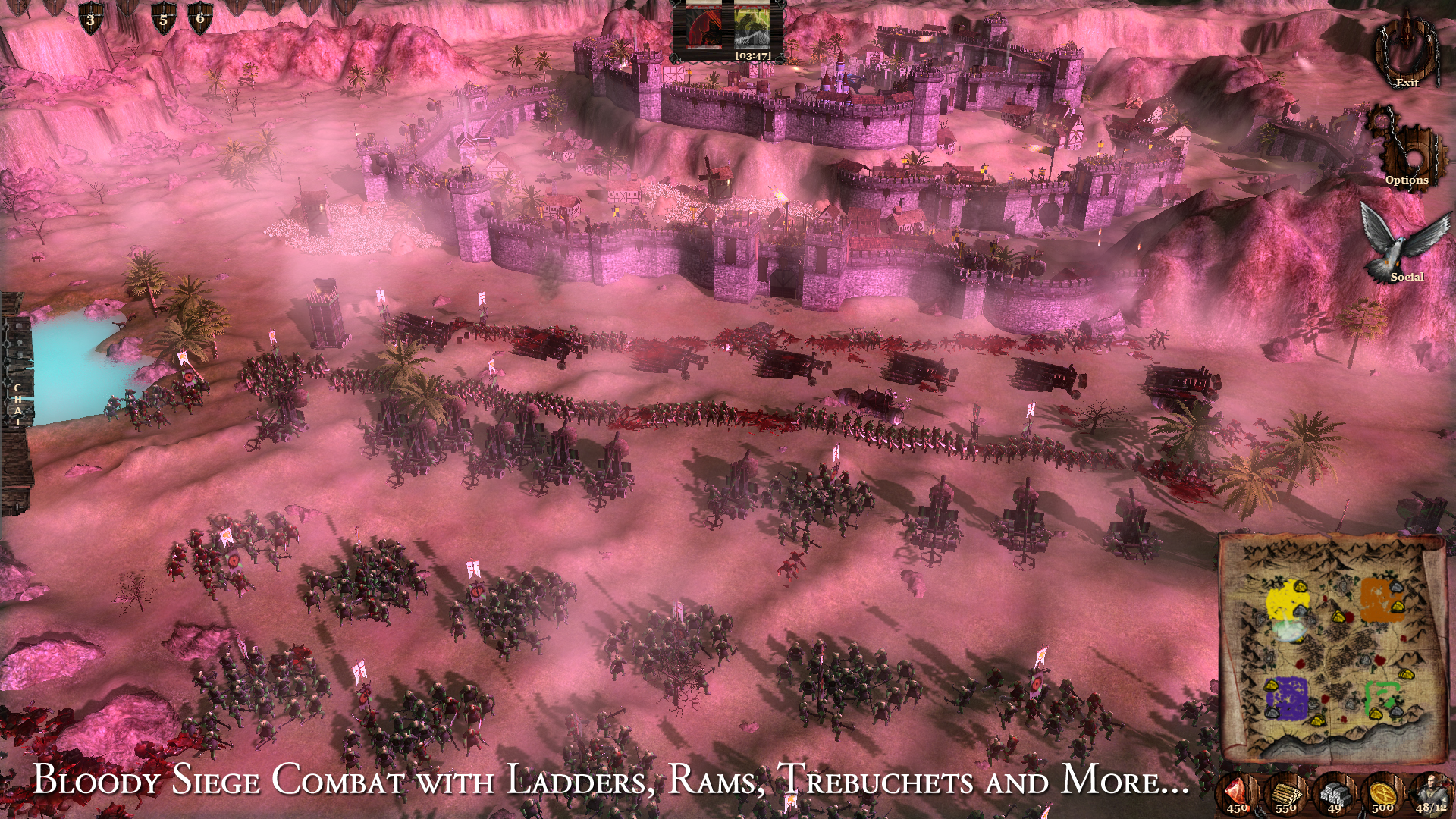 I find that most RTS games struggle with a reason to come back and play. Once you’ve done all the various campaigns why would you come back? Well, the answer to this is usually dependant on the strength of the multiplayer games. Something I was unable to test. I tried to start various multiplayer games, and bearing in mind my criteria was 1v1, so literally any other person would be fine as an opponent I struggled to get even one opponent, which is unfortunate. I suspect that once you do join a multiplayer game, it really bumps up the replayability. Without multiplayer though Kingdom Wars 2: Battles’ longevity takes quite a nosedive.

Kingdom Wars 2: Battles gives an RTS strategy fan everything they could need. You have three races, detailed RTS strategy, siege battles and a crisp and clean interface to do it all in. Plus, the free expansion ‘Dead Rising’ throws in an unhealthy clamour of the undead for you to pit your wits against as well.

Like many games of this type, once you’ve completed all the campaigns there aren’t a great many reasons to come back and do it all over again. Unless you’re keen to just hang around and wait for a multi-player game to start. Although, if they keep handing out free expansions like Undead Rising, who knows.