Sailing your sand ship, or Grainwake, over the shifting grains of quicksand that are slowly swallowing this dying world really hammers home the carefully crafted visuals and art design, with gorgeous desolate ruins and architecture accompanied by a beautiful, haunting soundtrack just beckoning you to explore them.

Interesting lore, found over the world and on many items, and compelling characters, eking out a living in the sanctuary of Starspire and other drifting islands, bring this world destroyed by a cataclysm to life. They’re both occasionally splendidly narrated or have great voice overs.

But all of that isn’t a big enough bag to hold all the restless, shifting grains of sand spilling from it. Inordinately vague quests, weird camera angles and bird’s eye views of combat that make everything tiny, and janky, slow and unresponsive combat that also feels weightless and suffers from a lack of feedback all plague the world of Talamhel. 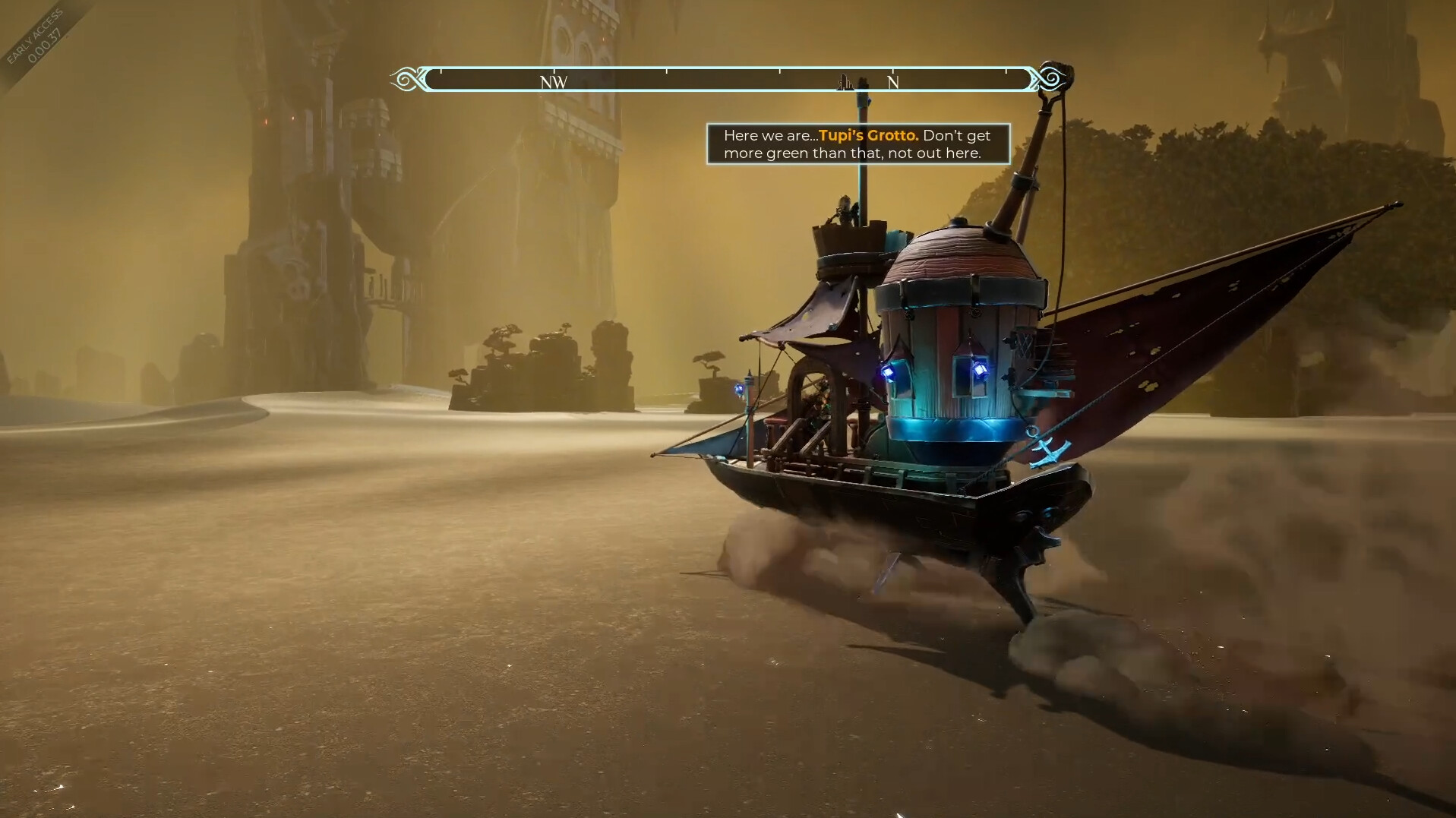 Combat mechanics function as an action RPG, with the added difficulty of souls-like mechanics, thankfully, without stamina. All the other bells and whistles of souls-likes are here, including large bells called Resonance Bells that serve as respawn points when you die, smaller bells or Testament Bells that act like health refills, and the obligatory souls that drop from enemies called Glint. The ever present die/repeat loop, learning patterns and respawning enemies are also alive and well here, just more frustrating because of all the mechanical problems. 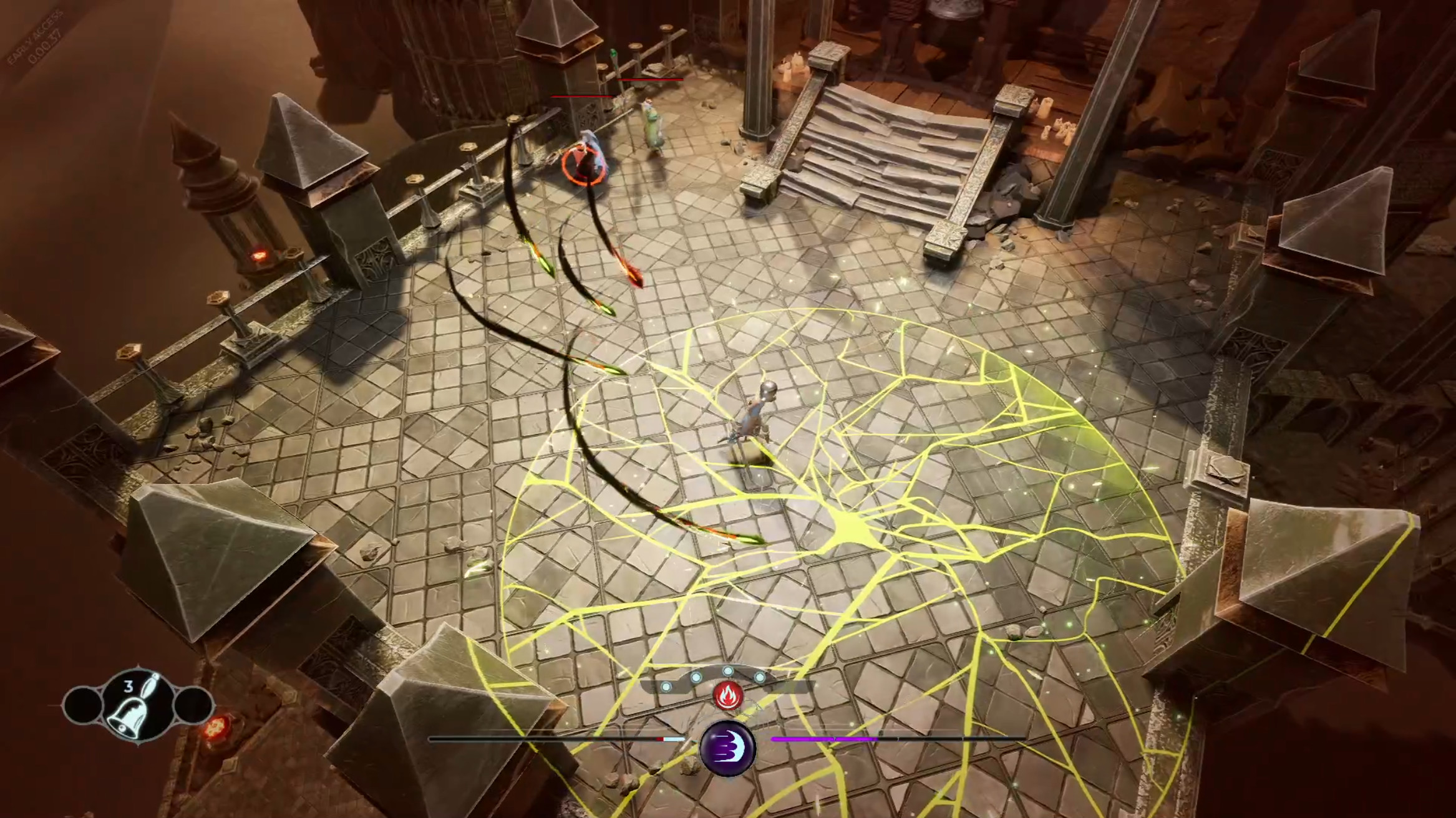 Along with your basic attack, there are two special kinds. A charged heavy one that is usable when you fill a bar by attacking with your normal ones, and a spellgem one. There are different kinds of spell gems that can be socketed into your weapon, and they all grant bonuses to your attack and dodge. For example, a frost spell gem adds freeze to your attacks, but your dodge also leaves a large frost area behind it.

The main issue with combat is a certain stiffness and unresponsiveness of your attacks, a floaty character, and your rather short dodge also doesn’t seem to have any invulnerability frames. Combine that with the already mentioned lack of hit feedback, very easy deaths in a few swings, or even just one from a boss, and those learning patterns become very tedious. The peculiar block mechanic, with a lantern that produces a shield around you, which is also somewhat slow and hard to time, doesn’t help much either. It’s particularly unusable when the camera zooms out so much that everything on your screen is tiny, even in 1080p.

Equipment seems to be plentiful for the present state of Early Access, I’ve found 3 different armor sets during my playtime, a lot of different runes and gems for socketing, potions, sellable relics and some miscellaneous items that seem to be quest related, but I haven’t found a use for them. What really stands out here is the weapon forge. You can combine 6 fighting styles with many parts that come in the form of weapon heads, pommels and codexes to produce a variety of weapons, from cleavers to sabres, kukris, lances and pikes, and they all behave differently. 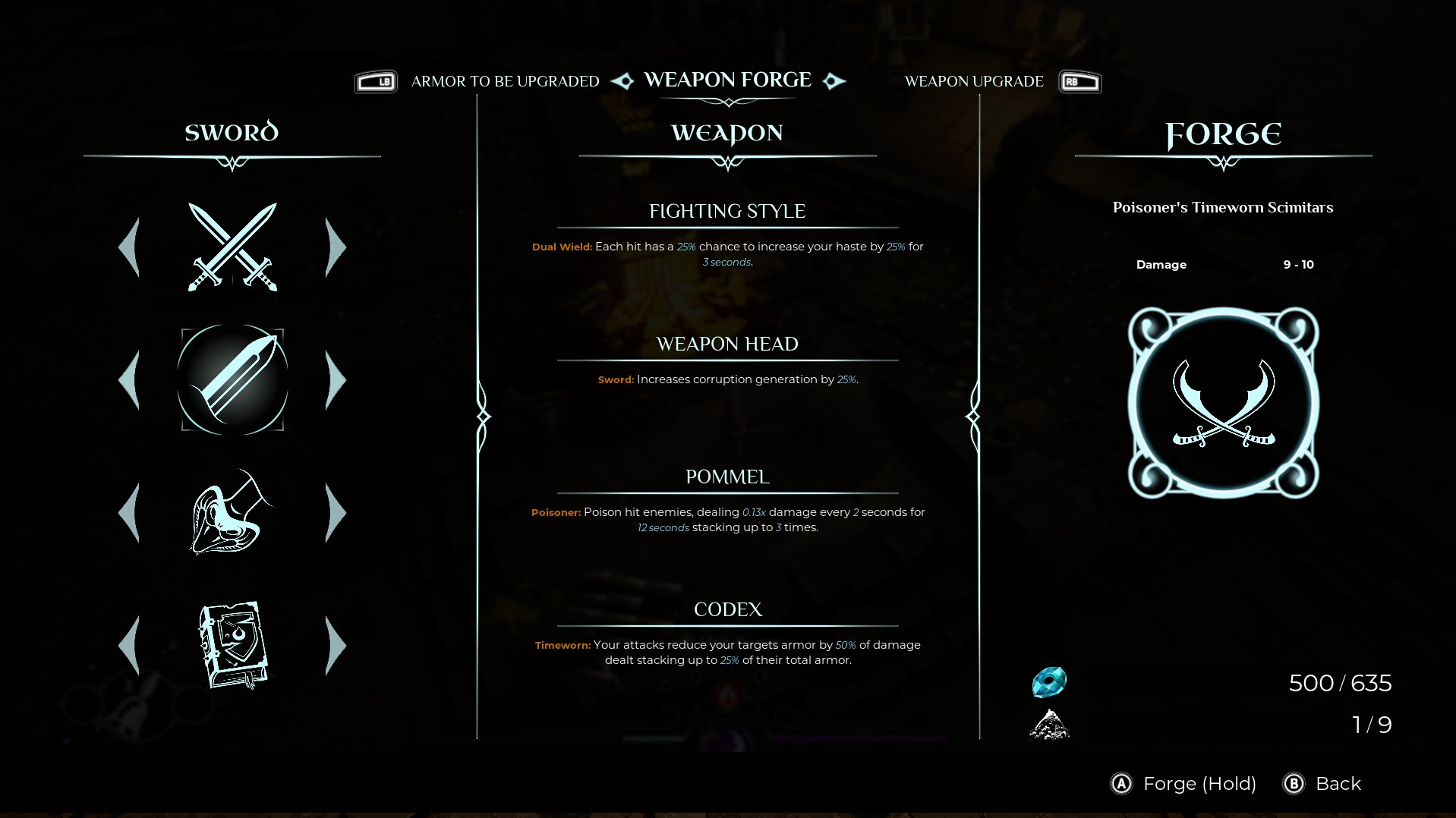 There is no levelling up with Glint, at least for now, your character statistics are only increased by armor pieces and socketed gems. It’s used for equipment upgrades, weapon forge and a small amount of different purchasables, so it never became a big issue if I lost all of it. Character creation is basic, giving you a couple of options, along with the male/female aesthetic. The biggest part is that you can pick any of the fighting styles to begin with, which also gives you a corresponding weapon.

The world of Talamhel and its inhabitants are the stars here. It’s wonderfully crafted, with a sense of verticality since your character can jump. It’s also rich in well written history and lore, further making the world a believable place. All the characters I’ve met felt like survivors, living on the edge of a disaster, with their own problems and issues. Quests are wonderfully written, but are unclear with directions even more than what is usual for souls-likes, leading to possible player frustrations of not knowing what to do next, besides roaming from island to island. If they’re purposefully that vague, they might be a discouraging factor for many. 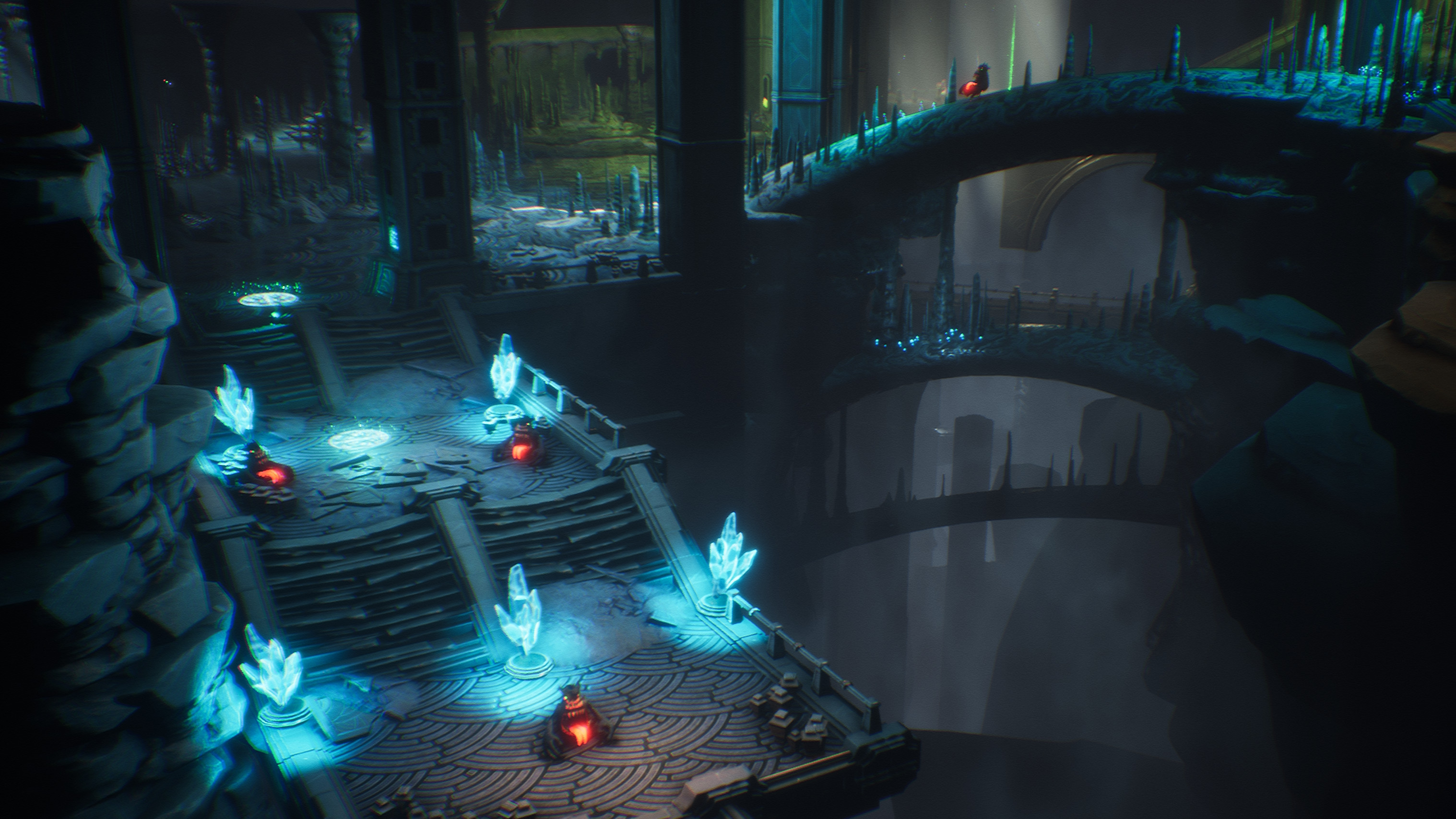 There’s a lot to love in Sands of Aura, but the awkward combat which is a big part of the game, and the even more than usual lack of hand holding are keeping it from being an instant recommendation at this stage of Early Access. According to the roadmap, it will stay in it well into 2023, so it’s still very early to say where it will go. My thoughts, for now, are that it’s being held back by clinging to souls-like mechanics and that it would’ve maybe been better served by being more of an action game, but maybe Chashu Entertainment can turn it around.

P.S. I did have a slight issue with the game running its own launcher, from a minor publisher, over the Steam one. I find it to be a weird decision and something that’s really not needed.