Watch them fight and die.

Konfa Games was previously responsible for Despotism 3k, some sort of clicker/management game about enslaving the human race in order to power various machines. The developer’s dark humor and puny pixel humans make their return in a tactical rogue-lite game, and sacrifices will be made.

Imagine The Binding of Isaac but instead of controlling one nudist you control an army of them, and you can sort of see what Despot’s Game is about. However, instead of directly pulling your lambs to the slaughter, they fight automatically. While auto battlers with a multiplayer spin are famously known as Auto Chess games, there are also forays into single-player with games such as Warpips recently well-appreciated in our columns. Despot’s Game is another experiment in that direction, but much closer to rogue-lite territory. 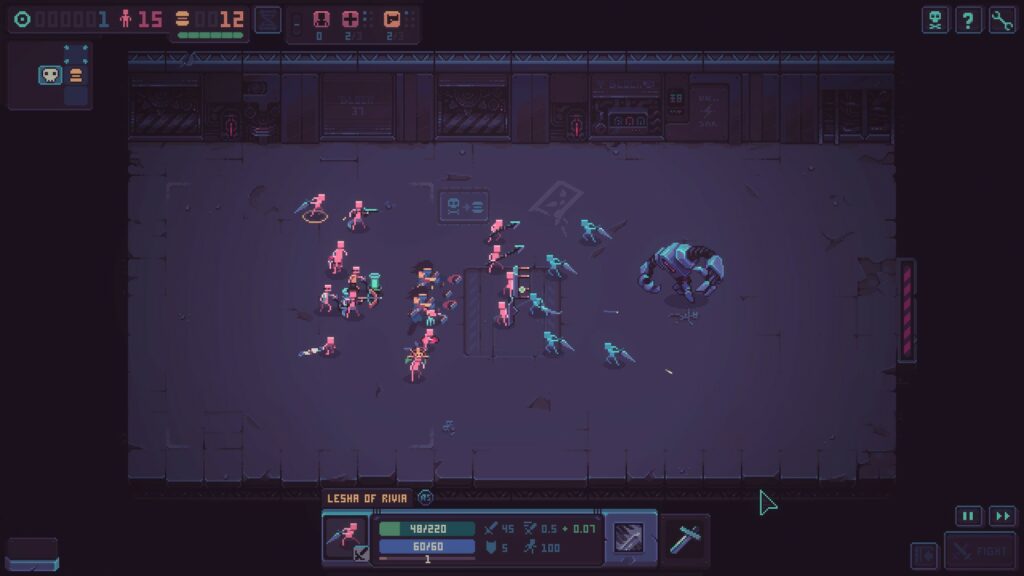 Clearing rooms rewards you with tokens that can be spent in recruiting puny humans or weapons (weapons are worth a lot more than replaceable meatbags). Then drag & drop the weapon on one of your unarmed men, assign them a position in your army (if it’s a shield, preferably in front), press fight and watch the spectacle. I must admit that it’s really cute. Additionally, tokens can be spent on upgrades, such as giving more health or new capacities to your troops. Another use for tokens is to buy food, as moving from room to room consumes 1 food per human in your army, which makes it harder for you to field a large army. Additionally, you need to pick your next move carefully to avoid unnecessary backtracking. 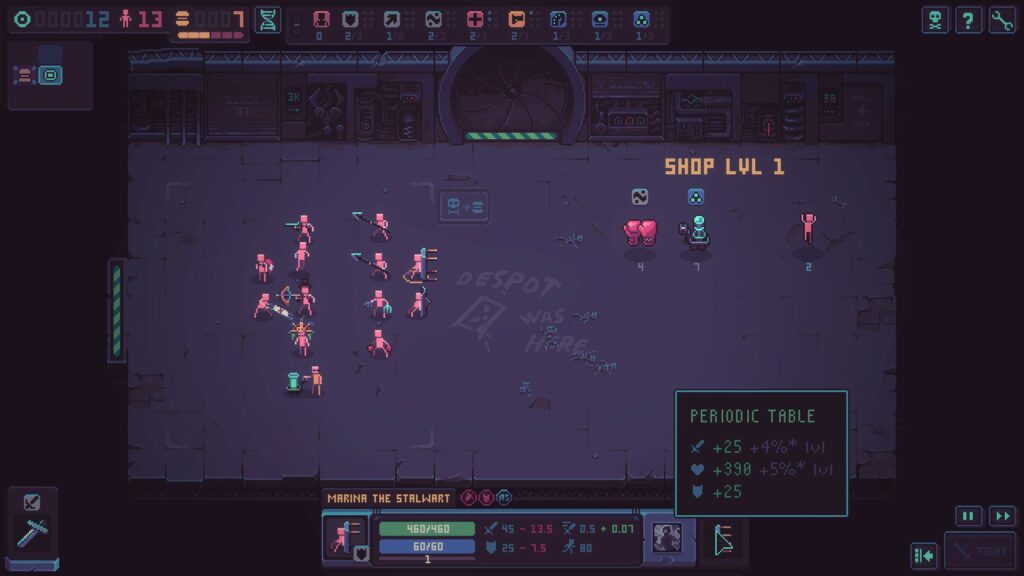 There are several strategic layers to take into account. Besides the obvious one of protecting archers and weak units in the back, you also need to juggle between buying upgrades or troops, and which weapons to specialize in. Weapon classes can give a unique bonus when you obtain several weapons of that class, such as summoning a tentacled beast to fight alongside your soldiers. The free random upgrades that you find can also give you the incentive to field more units of a certain type. 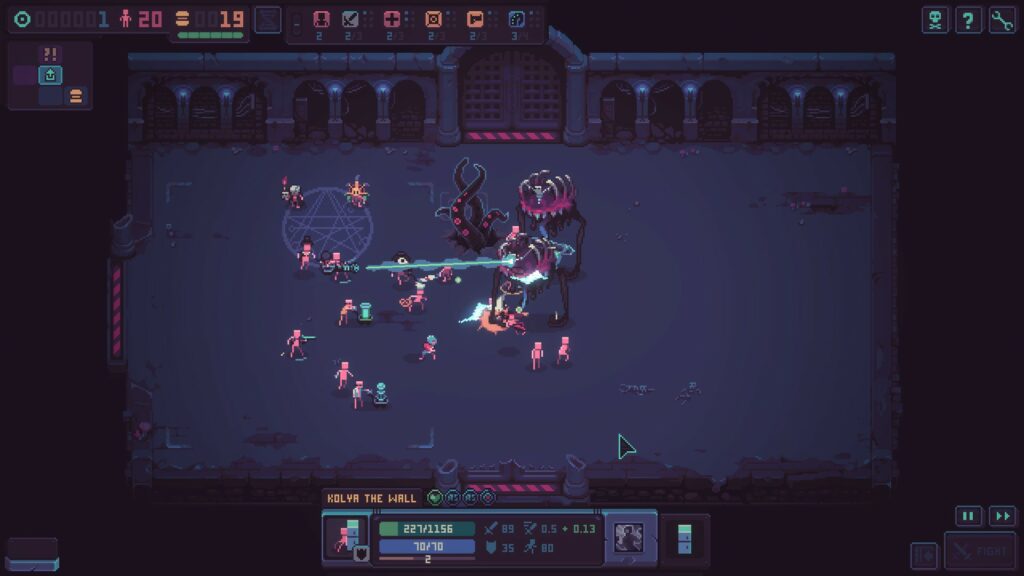 As each weapon comes with a little pixel-art costume and a silly name for its wielder, growing an army is adorable. Less so when they die. There is a random chance that the weapon they were carrying will permanently disappear, along with the class bonus. All your efforts collecting the right elements turn into a soul-tearing frustration. And if you lost a key component of your army, such as your tanks, most often you might as well throw the towel because the game doesn’t give you any room to lick your wounds, it doesn’t give you any space to maneuver and use your skill to avoid damage. All you can do is wince as the deaths cascade. You can’t even see the type of enemies that you will face before the battle starts, in order to optimize your placement depending on the danger. In truth, since you can’t order weak or injured troops to hold position in the back, you have almost zero influence on the outcome of a battle. 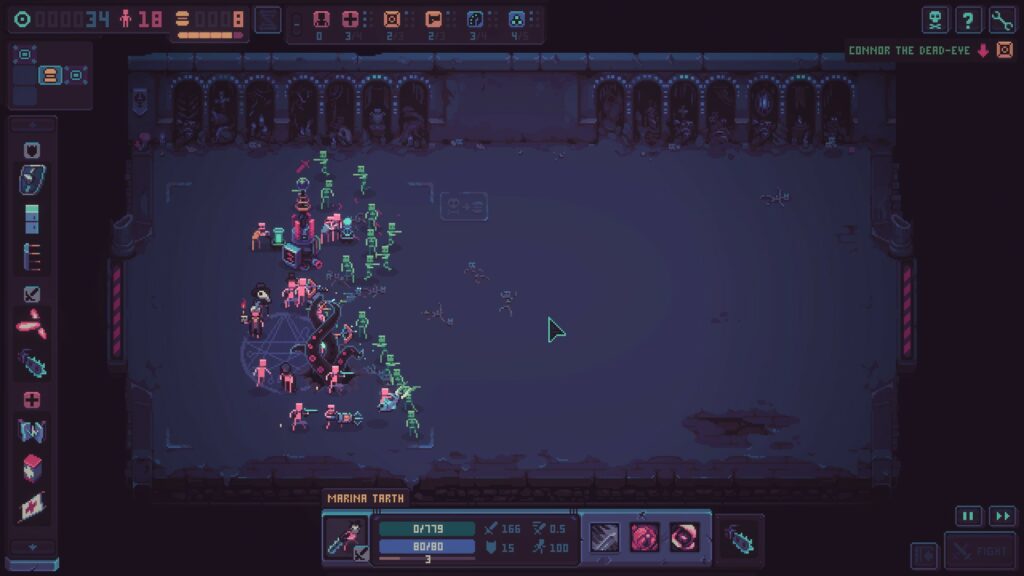 My problem with Despot’s Game is that not only the game can be frustrating, but also very repetitive. The various rooms can have different enemies (and as you progress further into the game, simply looking at the length of their health bar can send you into despair), but the layout is always the same (no traps or barricades), so there isn’t much to differentiate one fight from the next. I didn’t find that the core of the game, outside of the rogue-lite elements, provided enough to have fun. Just like in The Binding of Isaac you can unlock different starting variants with slightly different capabilities, but there aren’t modern concessions such as permanent upgrades that make each new run easier. The game design is overall too close to The Binding of Isaac and feels dated, and because you can’t change the course of a battle with sheer skill, and because the game is too stingy on resources, I gradually grew uninterested in delving deeper into Despot’s bowels. If I had managed to beat the game, my army would have been pitted against other people’s survivors in a global ranking called “King of the hill”. 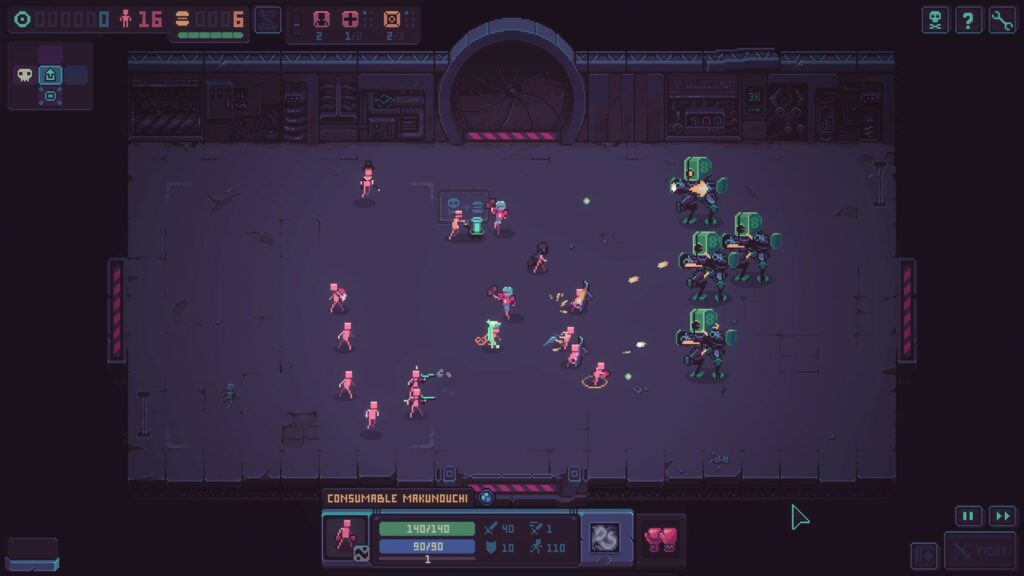 Despot’s Game is a hardcore game very much in the vein of The Binding of Isaac but with hands-off armies. You might enjoy the challenge that requires you to ponder every single decision, but you might also find there a frustrating formula that becomes too quickly repetitive.