Indie developers going for a story-driven FPS with high production values are rather rare, as the work required to make such an adventure work is colossal. Let’s see whether the developers at Bleakmill delivered on the promise.

INDUSTRIA opens during the Fall of the Berlin Wall. While most of the world is celebrating, our protagonist Nora receives a phone call from her partner Walter: the AI from their workplace is going wild AND the StaSi (East Germany’s state security police) is going to storm the project’s building to cover up its secrets. In an excellent introductory sequence, Nora can’t stay put and she enters the building, following Walter inside a mysterious machine. She then comes out in a city at the development stage of an industrial revolution… that was cut short by a Robots uprising. While Nora will explore the human-free environments all by herself, there will be a Brent on the radio to flesh out the story and the characters (pulled off by great voice acting). 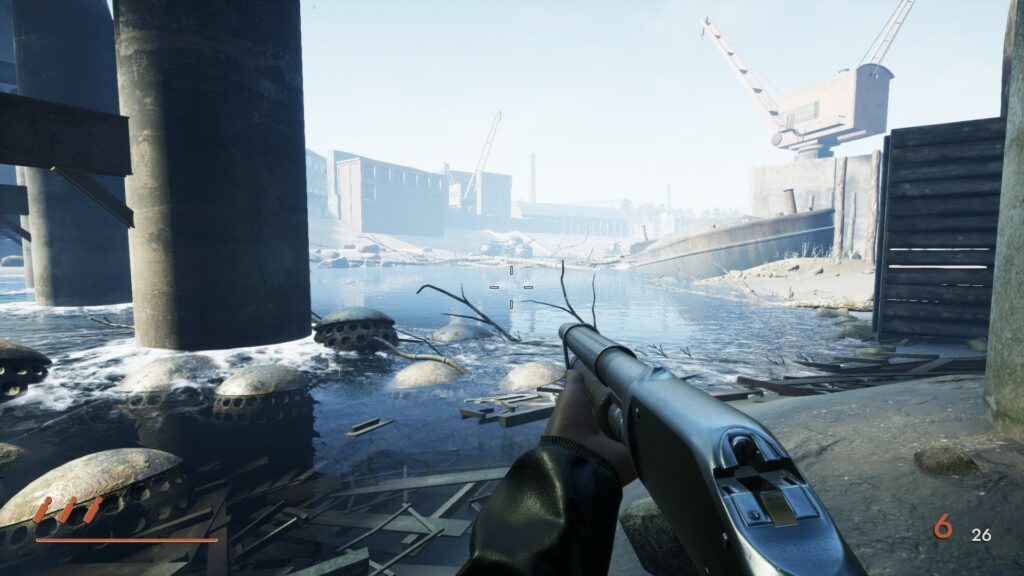 The world of Industria is very reminiscent of Viktor Antonov’s art direction on Half-Life 2 and Dishonored’s environments. There are large cityscapes of ancient buildings criss-crossed by canals, huge machinery left to rust, and the intrusive presence of a more futuristic technology coming from the Robots, complete with cables defacing the landscapes and checkpoints blocking progress. If you enjoy Half-Life 2 and steampunk, you will feel right at home. 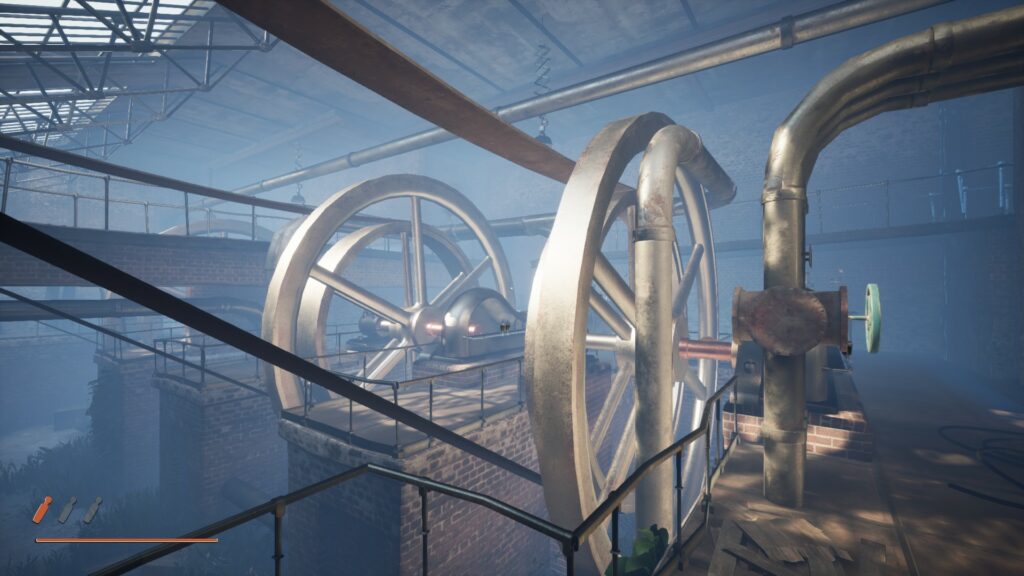 The Classic Tropes of a Story-Driven FPS

Nora has to find her way through the deserted buildings and streets, occasionally reactivating old machines to clear a path. Most puzzles are fairly accessible, there are only rare moments when a player might get hindered, such as when tasked to figure out the right thing to activate, or when missing the way out of the area because it is slightly elevated. My personal struggle was with identifying the elevator during the climax sequence, while the levers were on a timing and enemies were constantly respawning. 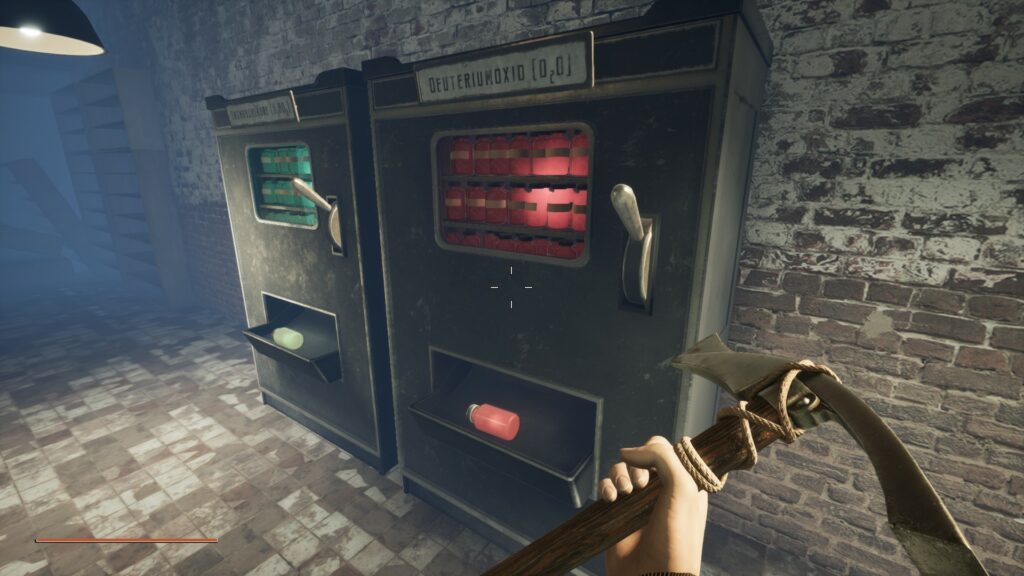 After that climactic battle, the rest of the story is a cakewalk, leading to an ending that felt like it was cut short and left me unsatisfied. The total duration of the adventure clocks at 2 to 4 hours. Nonetheless, I enjoyed the short journey with some greats sights to contemplate, and some pitch-black apartments explored at the light of a lamp torch, while killer robots loom around. 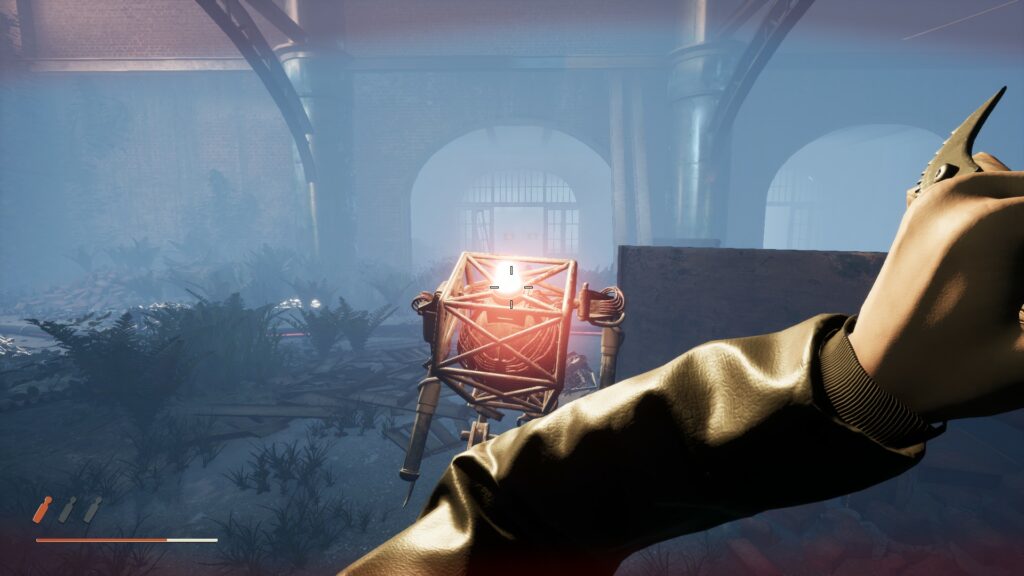 Since this is an adventure before a shooter, there aren’t fights at every corner, but the situations were quite varied. From close-quarter combat to large encounters in open areas, I was always entertained. There are 5 weapons to find: a pickaxe (useful to break crates and wooden planks), a pistol, a machine-gun, a shotgun, and a sniper rifle, covering the full range of what you might need against the few enemy types. Some gun you down from a distance, but most are getting in your face to murder you. For an adventure game with robots (opposite to meatbags that paint the walls red when hit), I was expecting the worst, but combat was good. If you are careful you won’t die much, if you jump in head first you might get killed a few times (there are no quicksaves/quickloads, you do rely on typewriter savepoints in Hardcore mode, and on additional autosaves in Normal mode). 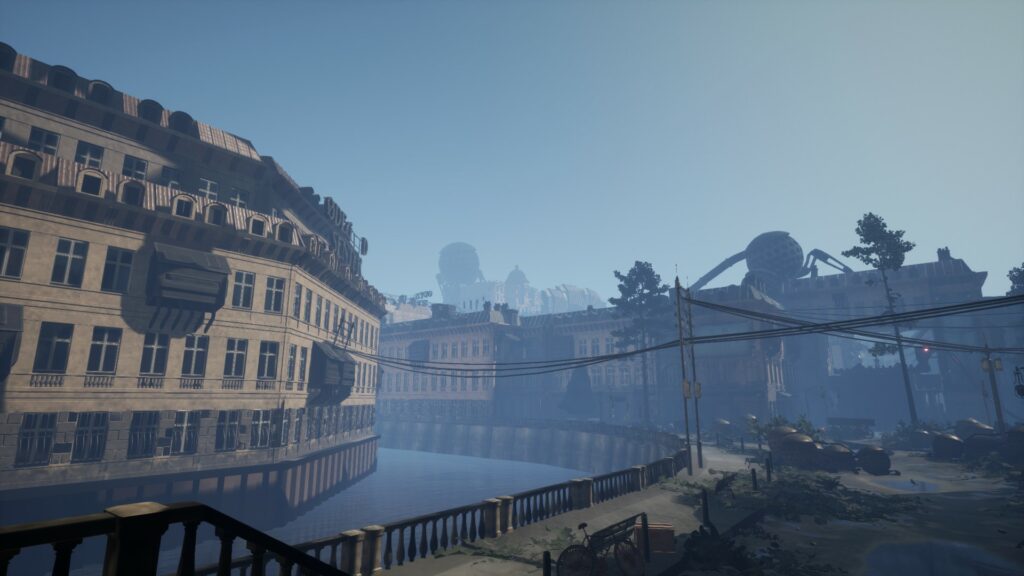 Where Industria falls short is in the technical department. While most complain about a low framerate in certain areas, I fiddled with the settings to check my framerate under different conditions; for some reason, the game got stuck with everything on low, even after I deleted and reinstalled the game. Furthermore, after loading a save I was greeted by an infinite wave of mechanical puppies ramming the hell out of me. I suggest that you play the game in one sitting and try to avoid reloading a save as much as possible to avoid nasty surprises… Finally, this is a nitpick but sometimes the next objective was given in the journal before the dialogues mentioned it, which broke my immersion. 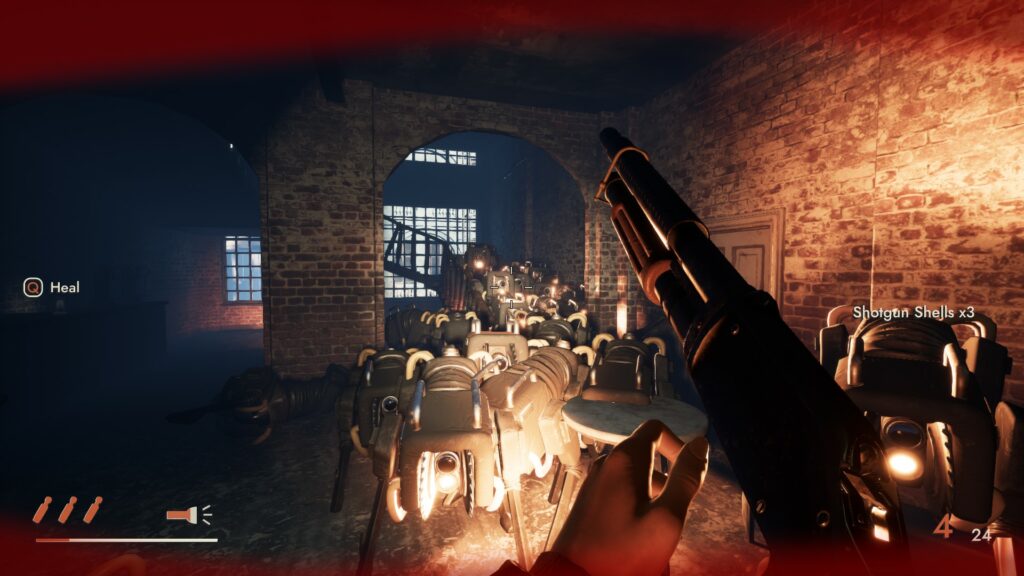 A Work in Progress

The developers are hard at work to improve the experience, so you might want to hold off for a bit if you want to experience the game at its best. They will get there eventually, as the released game is already a lot better than the demo which left me cold back then. 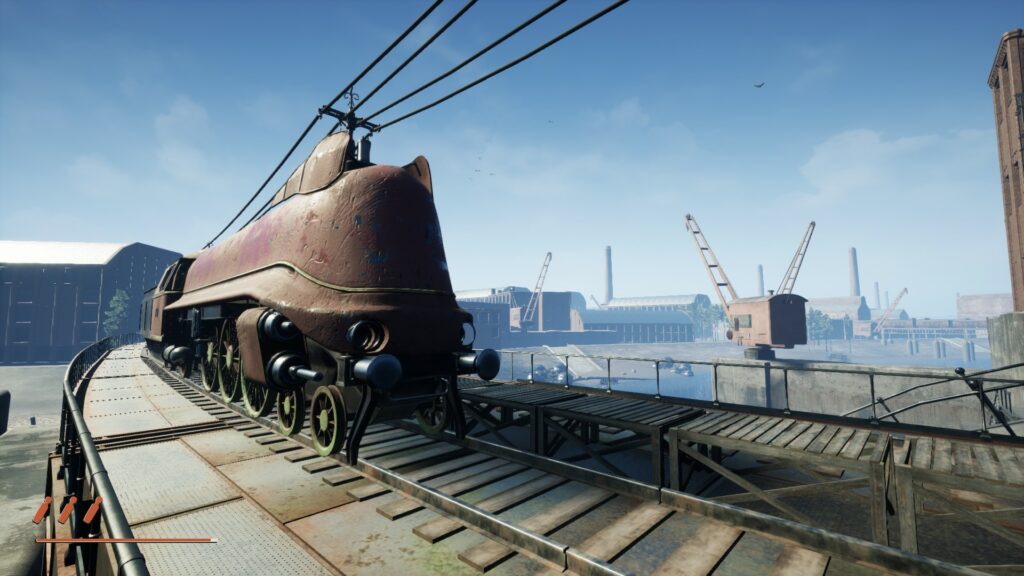 Industria aims high and doesn’t quite stick the landing, but if you need a fix of Viktor Antonov and if you love Half-Life 2, then Industria will please you. Except for the technical issues, the team hit all the right notes, which is promising for the future.