Call Of Pripyat is the last and overall best entry in the series, that refines gameplay mechanics to a shine, and doesn’t surpass the first one only story-wise. An excellent conclusion to a legendary series.

STALKER Call Of Pripyat (CoP) is the third and final installment of the original trilogy. This time around, players impersonate Major Degtyarev – a special agent sent to the Zone in order to find information on a series of military accidents, also to know more about the area. His investigation will bring him to some of the most dangerous and forgotten places of this wasteland, where he will uncover there is much more going on than simple accidents.

1. Extraordinary atmosphere, locations design and overall attention to detail.
A land once owned by men now is reclaimed by a twisted, unforgiving nature that barely tolerates our species on its soil – and has engineered a series of monstrosities to exert dominance. Terrifyingly eerie nights where screams and gunshots echo in the distance, bleak sunny mornings that highlight a ruined landscape and deadly radioactive emissions, are the daily routine in the Zone. No other post-apocalyptic setting will deliver an immersion on-par with this one.

2. Many unique, hand-crafted quests that influence the world and characters.
Each character has a story to tell, and often problems to solve. Degtyarev can choose to help out these people, or proceed on his own of course – but meddling in others’ affairs often comes with its own rewards. Each questline often ends up rewarding rare gear or other advantages, also has tasks unique onto itself. No two quests will be the same, and some will even feature branching choices with meaningful consequences. The changes of the Major’s actions will be felt and seen as time passes, directly or otherwise.

3. Realistic, satisfying and unforgiving combat with excellent gunplay.
Any firefight is dangerous in CoP, no matter how well-equipped one could be. Headshots are an almost-guaranteed kill on any human being, while grenades and other explosives are extremely deadly. CoP got rid of the terrible “bullet sponges” that plagued the previous chapters, while also increasing reaction to shots (such as enemies limping if shot in legs) and giving a more distinct feel to each weapon. Several bullet types and weapon categories are suited for different applications, ranging from slaying armored soldiers to mutants. Ballistics feel realistic, same for weapon functioning as arms can jam, degrade and also be modified heavily to improve them.

4. Amazing exploration, that rewards risk-taking and creative thinking.
The Zone is dangerous, but also a real treasure trove, which often equals more danger to better rewards. Plunging knee-deep into deadly anomalies often awards priceless Artifacts to either use or sell to merchants, while looking behind every nook and cranny of seemingly worthless places, can reveal secret stashes of supplies and weapons. Some locations have environmental puzzles that will need some parkour or orienteering to overcome, due to the mostly ruined state of buildings.

5. Excellent global variety of enemies, equipment and items.
From half-drunk bandits unable to shoot straight, to elite soldiers and horrifying mutants the size of a truck, the Zone has it all when it comes down to enemies. Each of them has diverse behavior patterns and tactics, in particular mutants shine in this aspect. Assault rifles, pistols, sniper rifles and even heavy artillery like RPGs are all present in the Zone – finding them though won’t be easy nor cheap. Same goes for the most high grade protective suits or other special purpose equipment, which will need connections and fame to acquire. 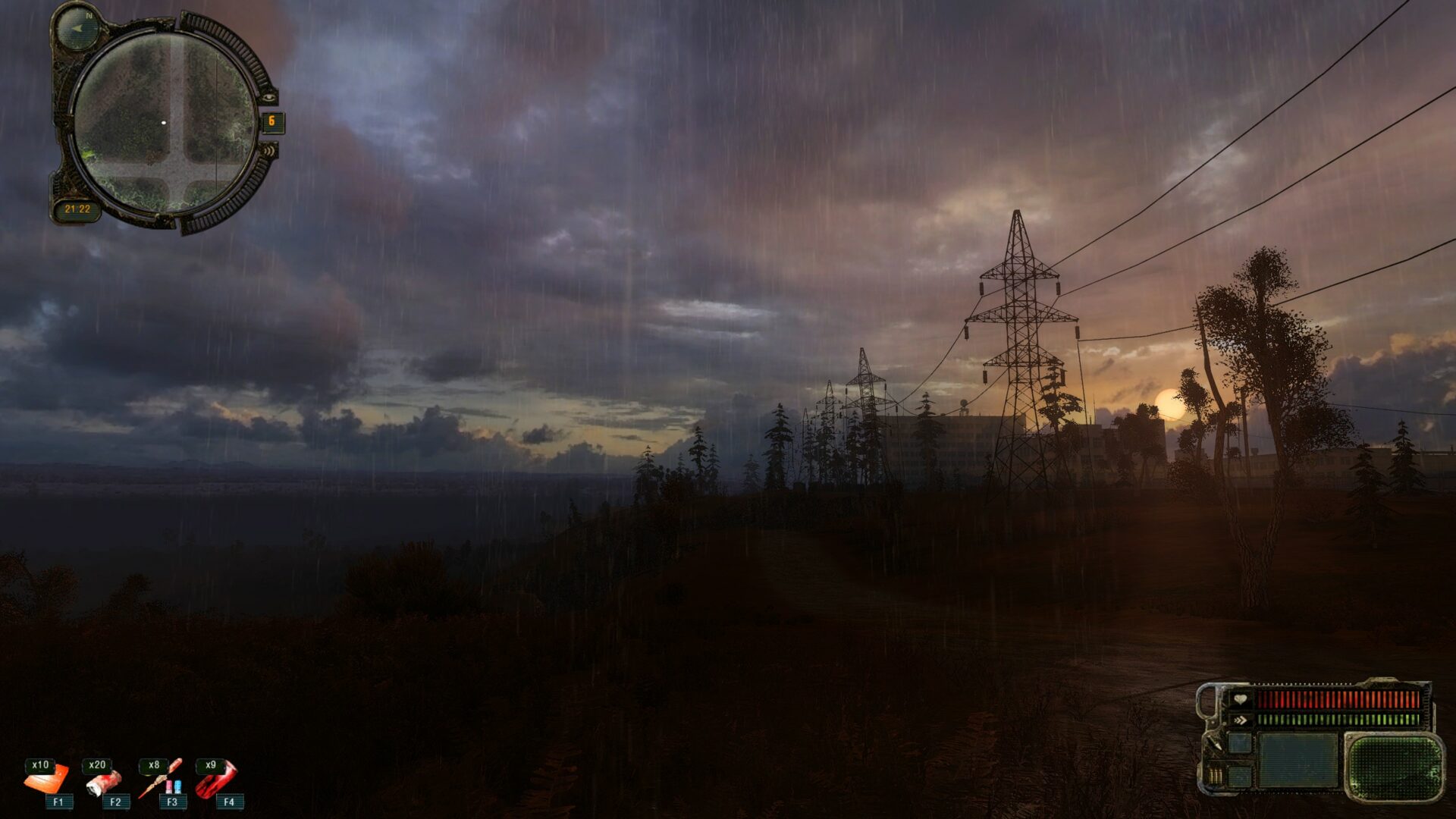 1. Bugs and stability issues, mostly with vanilla version.
In its unmodded state, CoP is more stable than the previous entries, but still has quite a few bugs and problems, like crashes. I highly suggest downloading STALKER Complete mod for CoP along with the 3GB mod, as they maintain the original gameplay while improving the game massively and fixing a lot of issues.

2. Mediocre story with mostly forgettable characters.
The story encompassing Degtyarev and other Zone adventurers admittedly isn’t great at any point. It has some moments, but few and far between, so in the end proves unremarkable. 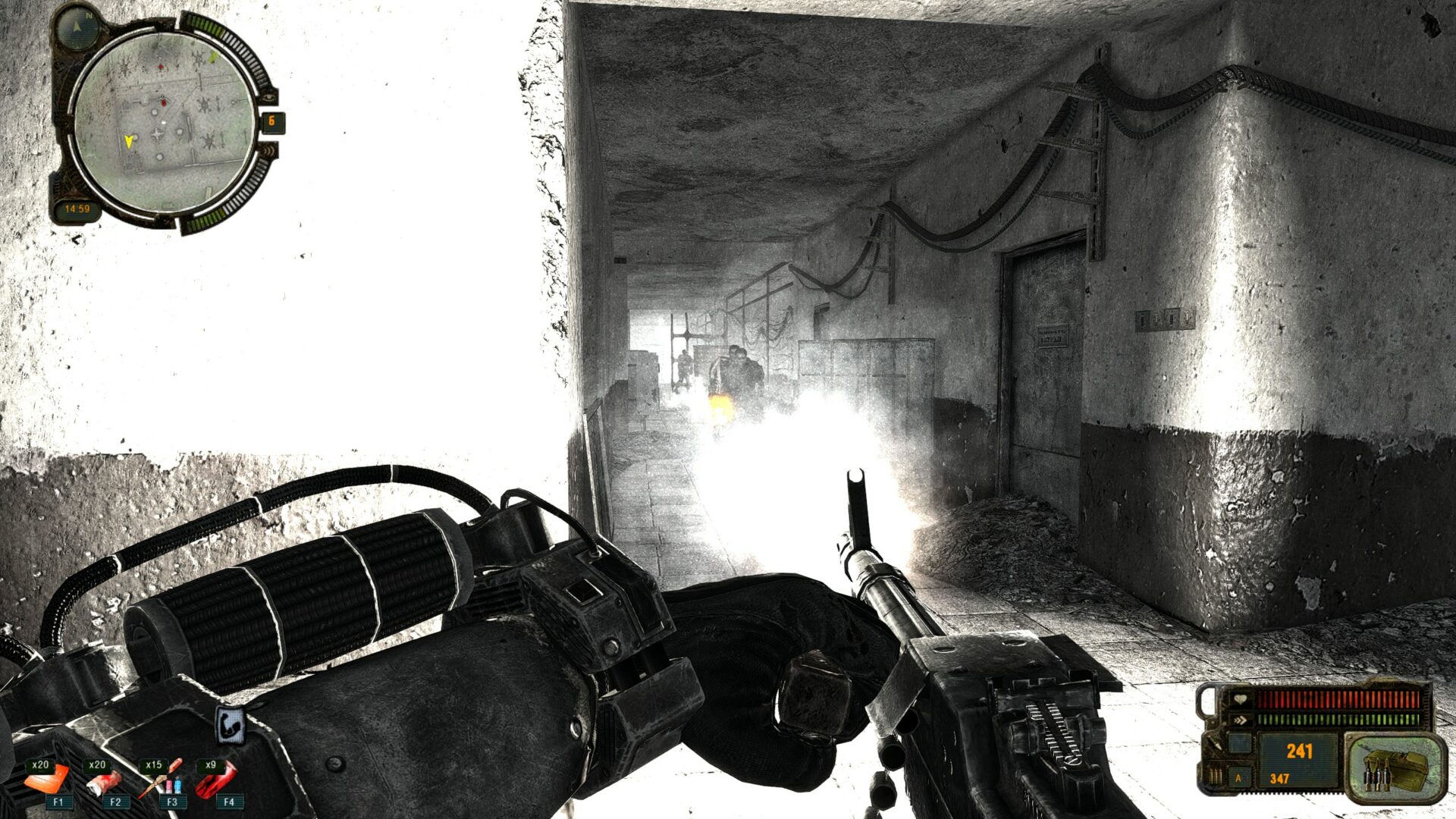 Exploration
Is performed on foot, among three large open-world maps. To cross over between such zones, a Guide needs to be paid to show Degtyarev the path each time, and this functions as fast-travel. Stalkers encountered on the way may lead players to important locations withing that map as well, for a price of course. Random conflicts between factions, packs of mutants, anomalies and traps are routine when exploring the Zone, as the world continuously spawns new dangers. Landmarks are indicated on the global map, as do quests and discovered stash coordinates.

Combat
Plays out in FPS fashion, with realistic weapons behavior and handling, and as well different ammunition types and other military gadgets like grenades, night vision devices or underbarrel launchers. Enemies are generally competent, while mutants often prove fast and elusive in their patterns. On Master difficulty, only a few shots can down most humans and the protagonist as well, while mutants will prove much tougher. Weight limits, weapon degradation, status effects like bleeding and other dangers make every fight have many variables to consider.

Character Management
Is done with an inventory menu representing carried items, limited only by weight and not space. These items can be traded with merchants, usually present at any major settlement, and whose inventory or prices may change in relation with player affiliation, reputation and quests outcomes. Even if infrequently, Degtyarev will need to eat, drink and sleep, though food is cheap and beds free to use. It will need a lot of trading and scavenging to acquire the best weapons and gear.

Quests
Are unlocked by simply talking to relevant NPCs at settlements or in some cases around the world. They will assign a task to the player and in some instances transport them with fast-travel to mission site. Quests are usually chained, and the death of a quest NPC may forfeit all rewards, as anyone can die, even main or side quest characters. 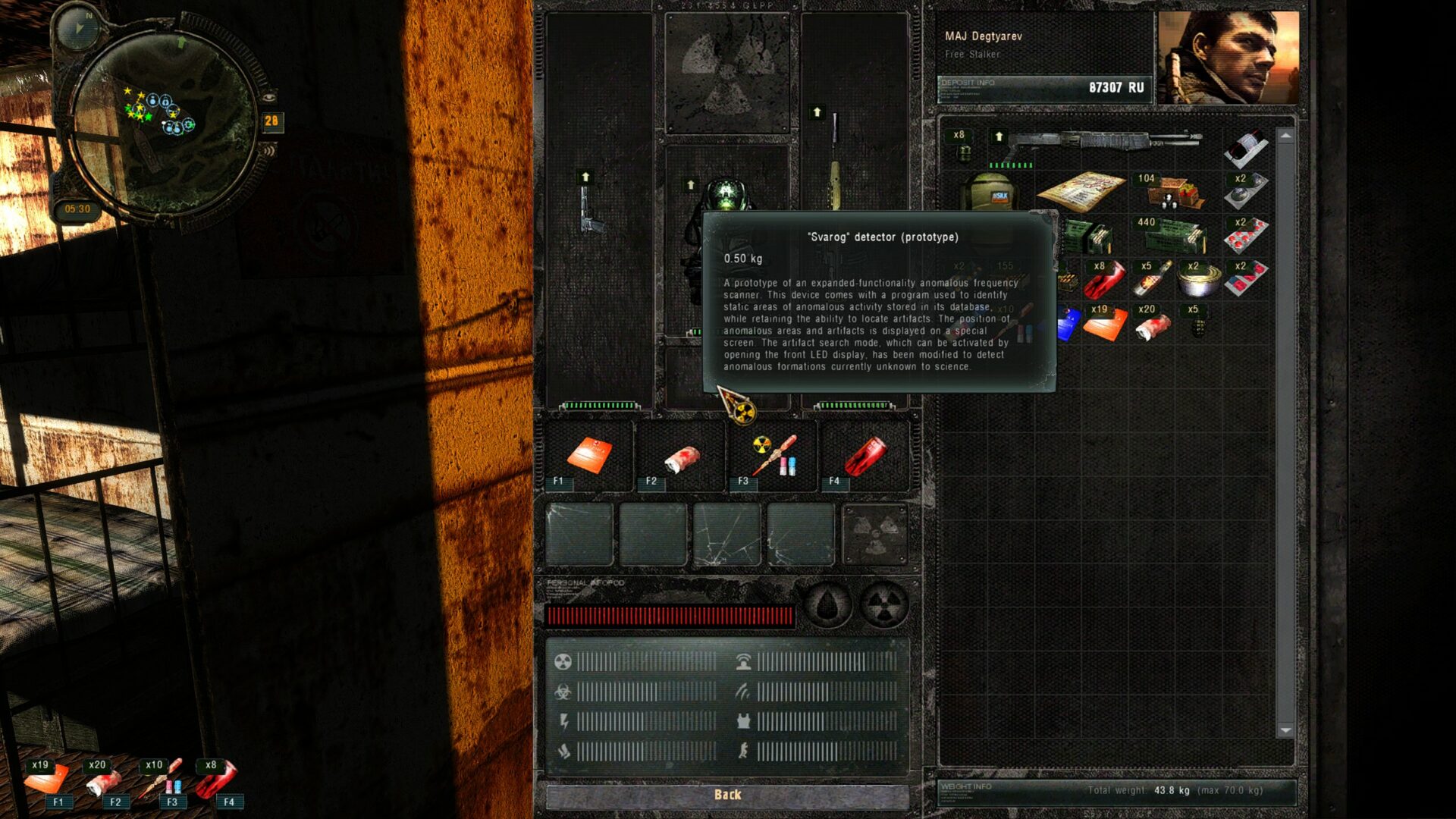 Bugs & Other Issues
– V-sync needs to be forced from the driver panel to work.
– Minor resolution switch issues at above 1080p.

It took me around 14 hours to complete CoP on Master difficulty, while also doing all side quests and exploring thoroughly. Granted, I already played it several times before, so a newcomer would likely take more time. Given the absolutely extraordinary quality offered, I recommend getting this game for full price no matter the cost. It’s a must-have.