Do you have a good memory? No? Good luck!

Every once in a while, I want a break from complicated RPG’s and competitive shooters. So, I’ll look in my library and try to find something calming or pattern-based to focus on. Abracadabrew falls into the latter, and a little bit less the former. There are genuine moments when the clock ticks down that I find myself rushing, anxious to see if I can get the last potion in to get those three stars- but there’s still a sense of satisfaction at the end. 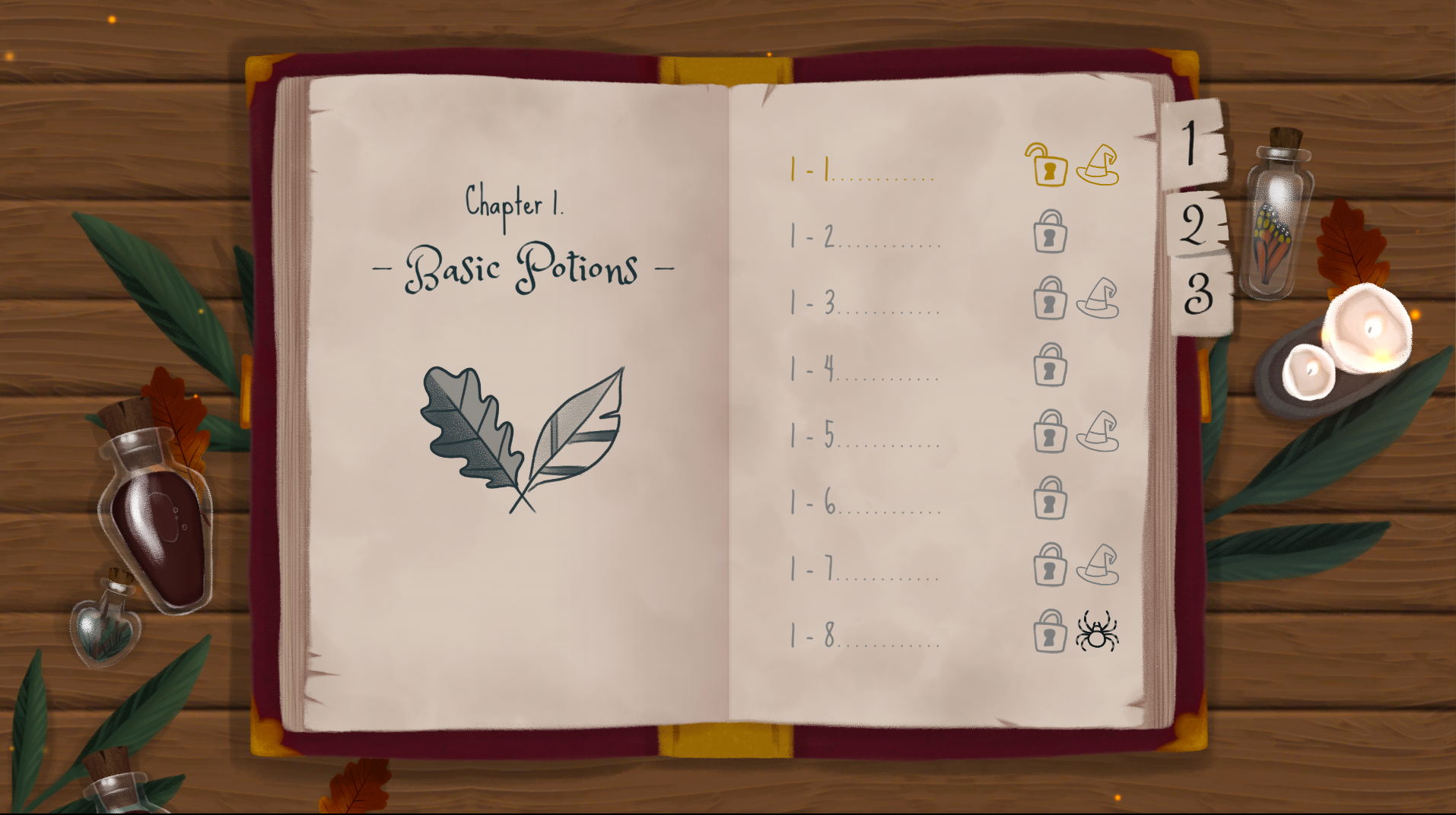 It’s worth mentioning that I played this game solo. My only opponents – and teammates- were myself, and the scoreboard available to view before each level. However, it’s easy to imagine how this game could be ramped up in difficulty with even one other player running around you.

Admittedly, the story for Abracadabrew feels like it’s a means to allow more gameplay. That’s not necessarily a bad thing! If there were too much forced story, it might make slogging through dialogue a chore. What little narrative there is gets delivered at the beginning of each level, and is easy to follow. You play a witch apprentice, going to a magical school, and appear to have a red-haired instructor who is teaching you the art of potion-making. There also appears to be a king that believes magic unnatural and evil, and has been ‘disappearing’ other witches in the kingdom. As one of the few witches left to brew potions to help the townsfolk with your instructor, it’s up to you to…try to get the high scores in all these levels! 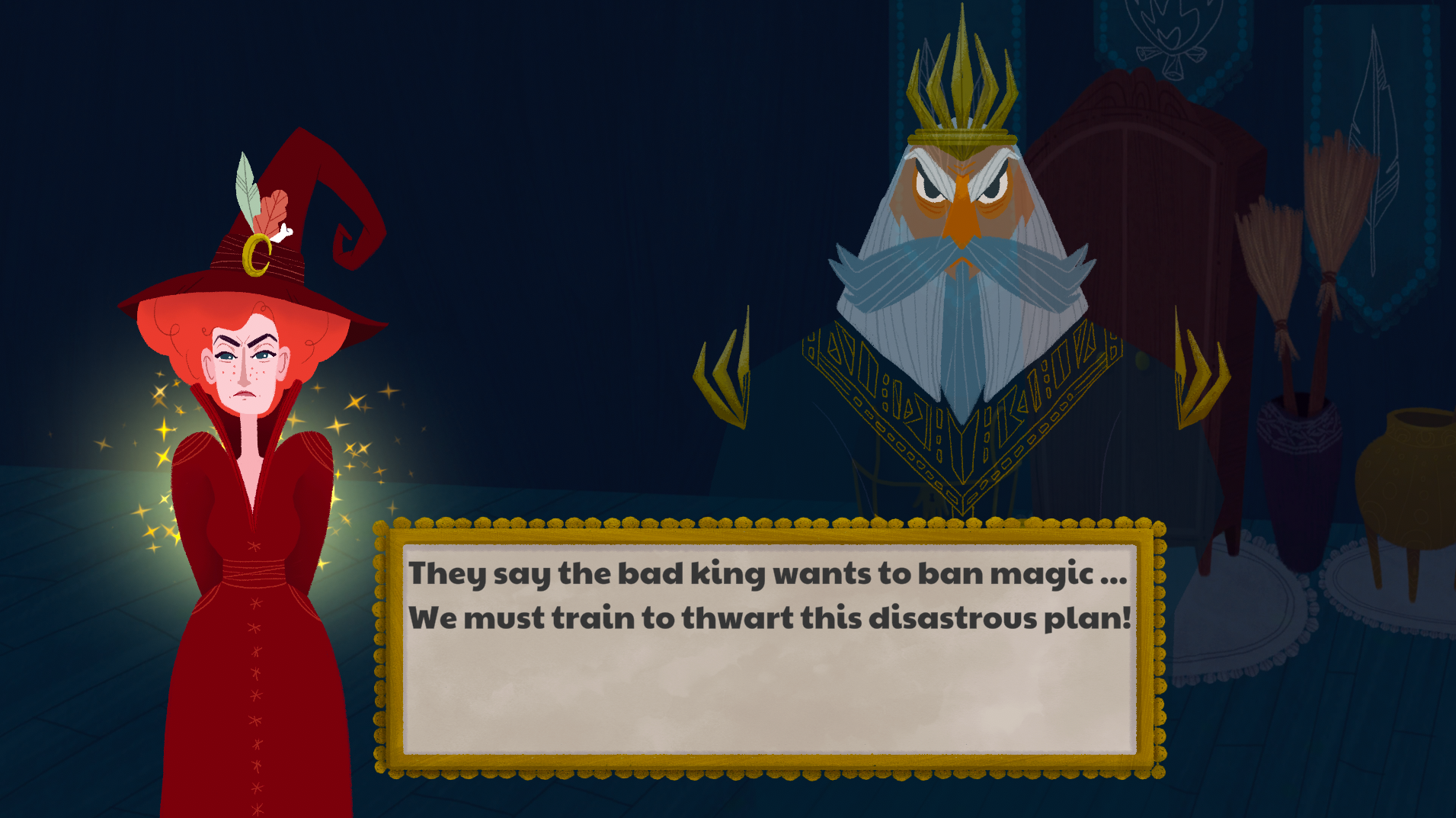 The graphics in the game are simultaneously cute, but also not too busy. As you progress through the levels, one of the rewards for completing level and creating a certain amount of potions are new witches. This changes the model that you dart around in game as, and there are a wonderful degree of varieties! Various ethnic backgrounds are on display, as well as colours for robes and hair. The backgrounds are also nice and colourful, and each item in the game differs in shape enough from each other that I didn’t find myself getting frustrated at the designs for any reason. Nope, it was always just my own memory screwing me over. 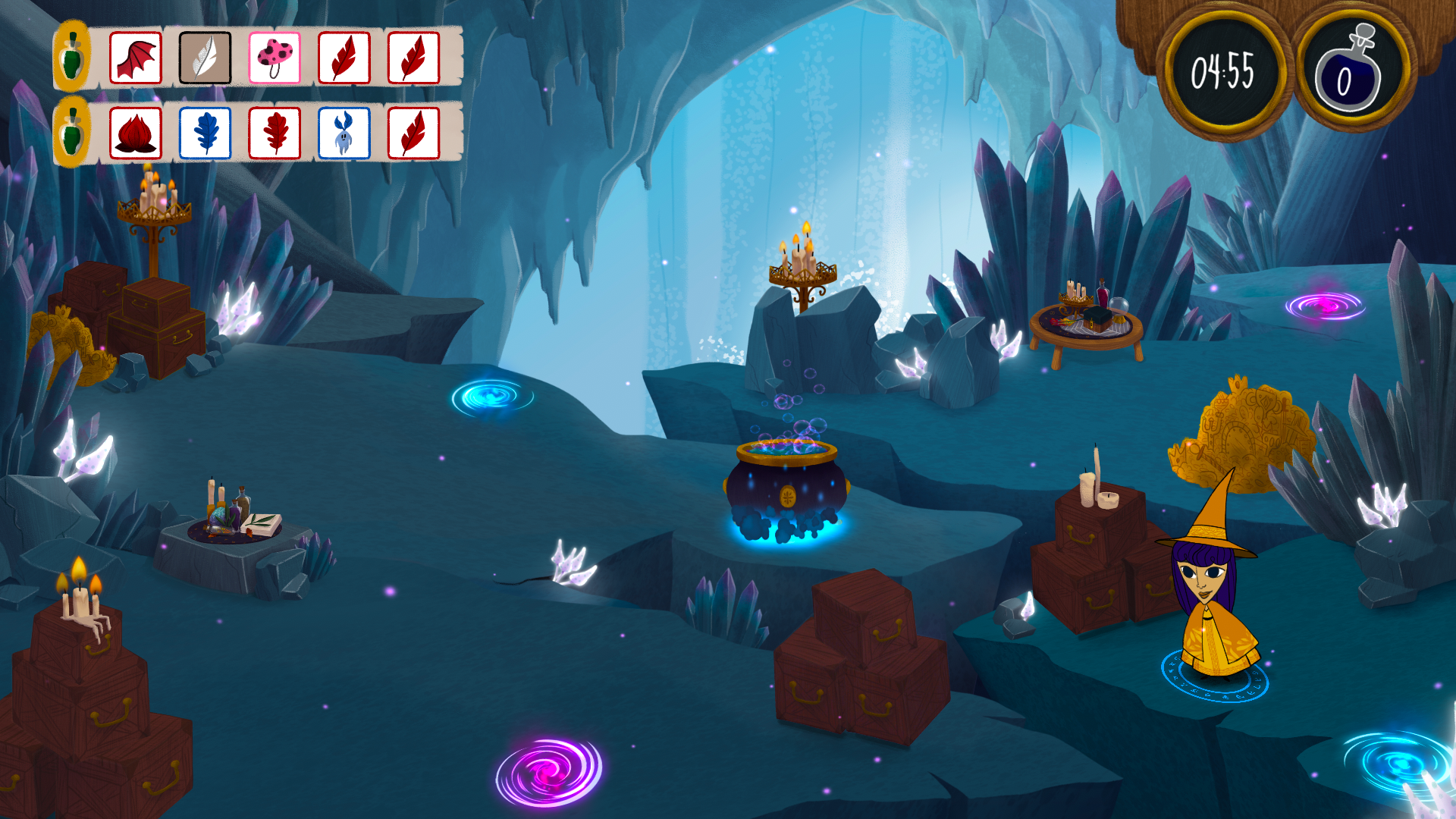 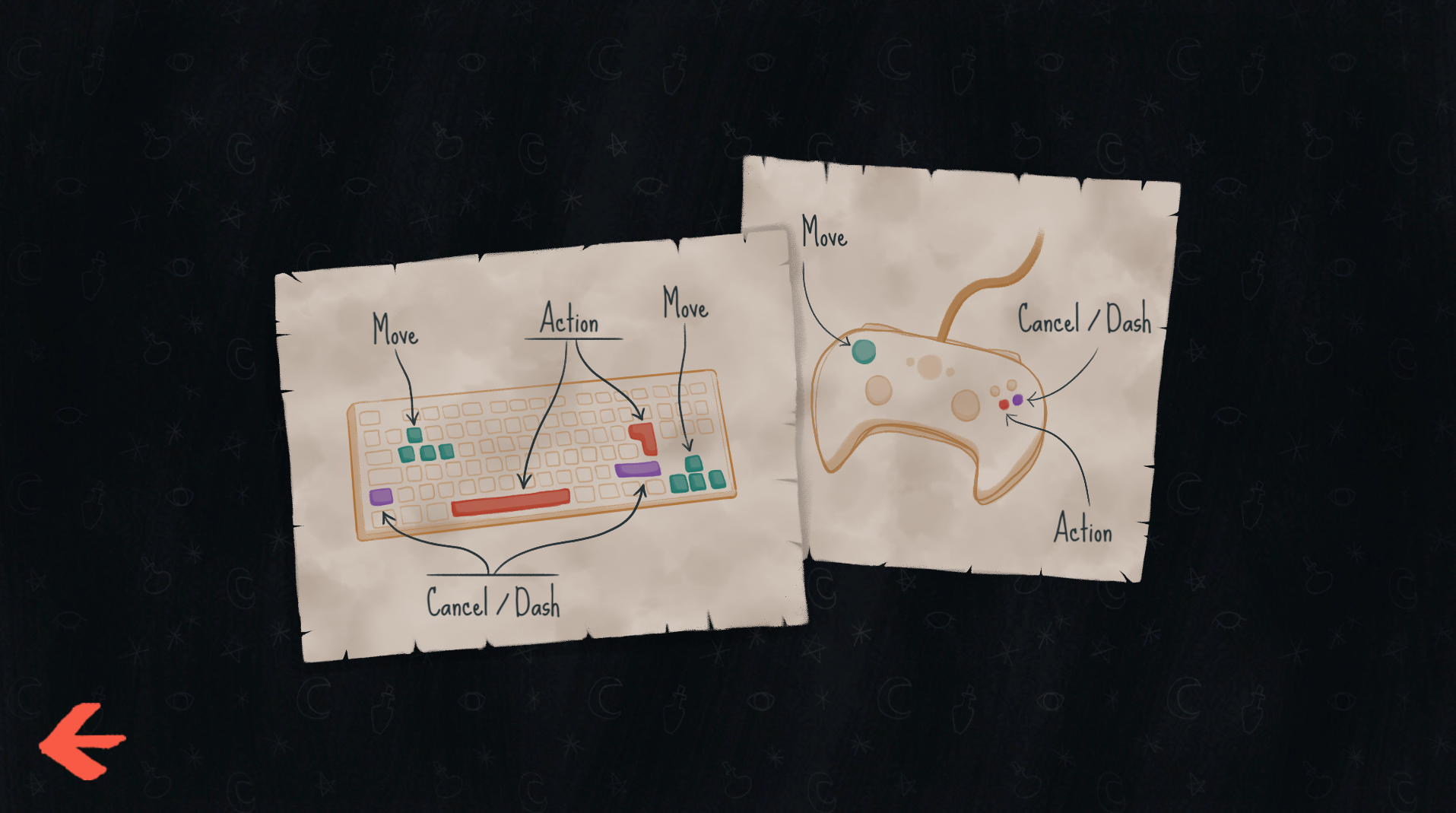 Here’s the real core of the game. Gamepad is recommended for play, and this is how I opted to experience things as well. There are 3 chapters, basic potions, advanced potions, and witches potions. The gameplay is, at its core, all about memory. In the upper left hand corner, ingredients will display and you need to follow the order to concoct the perfect potion within the time limit.

For the first few levels, ingredients are kept pretty minimum. You need to include three ingredients to craft a potion, and pay attention to their shapes and their colours. There were six different spots in the first level to retrieve ingredients from, with each having four options available. This is where the memory comes in; if you need a certain thing, you have to recall where it is throughout the level. 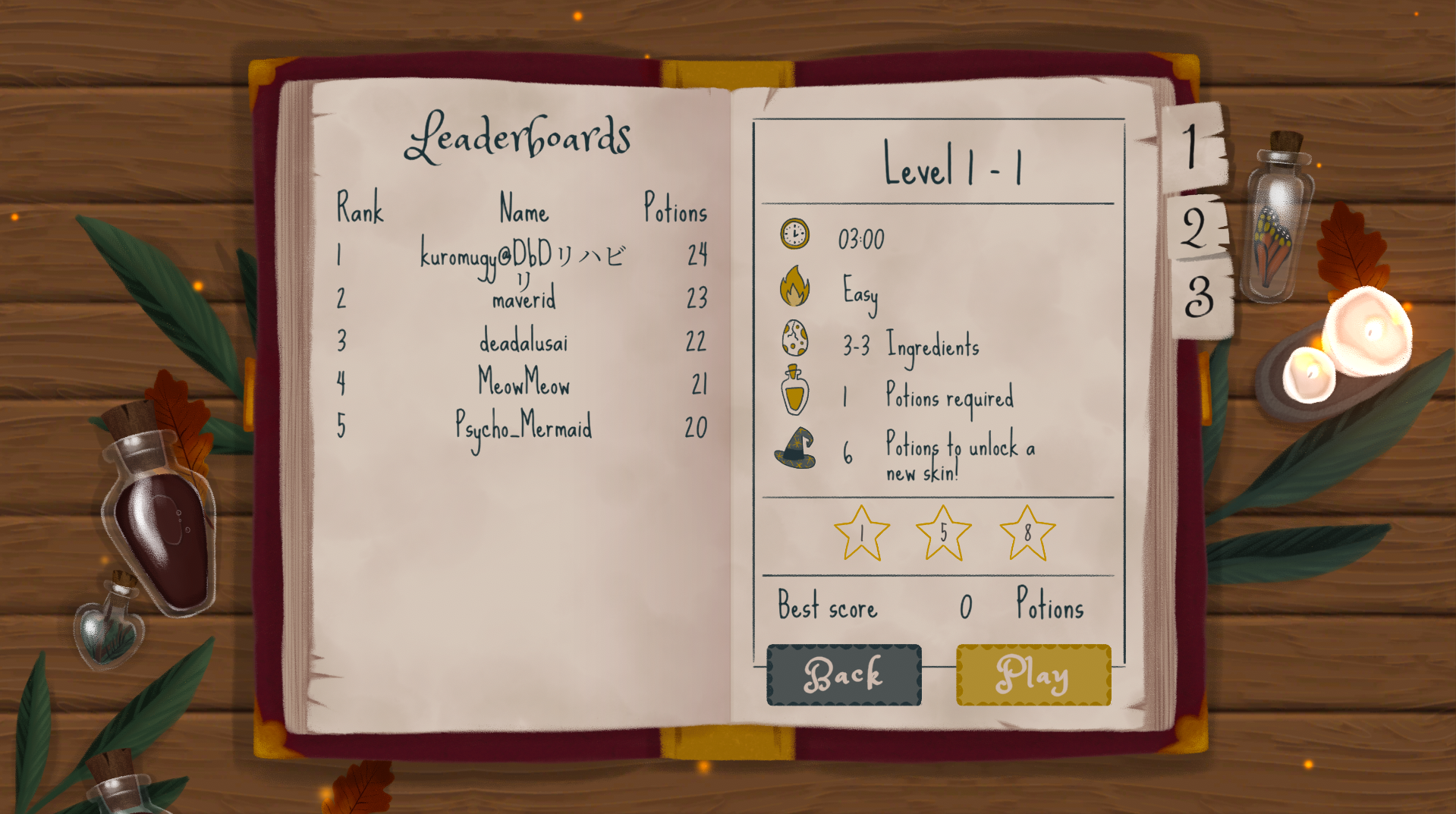 As you start to unlock more levels, environmental hazards start to get involved. The cauldron might start to levitate, requiring you to attend to it and bring it back down by hammering buttons. You might have to stop a phantom from dropping ingredients in you don’t want, or somehow sabotage the wind blowing by…smudging a spell circle or something. The ingredients really start to try to throw you as well, by asking for ingredients of a certain shape without a certain colour that matters, or a coloured ingredient only regardless of type. Additionally, there might be steps that ask for anything but a certain ingredient, which can trip you up if you’re not watching carefully. Teleporting pads come into play as well, which can shave time off in your travels if you don’t remember where things are.

Altogether, the gameplay is simple enough, decently easy, but gave me a few curveballs when I was genuinely trying to reach three stars per level. Bosses can be tricky as well, and they do have health bars tied into how many potions you manage to throw at them. 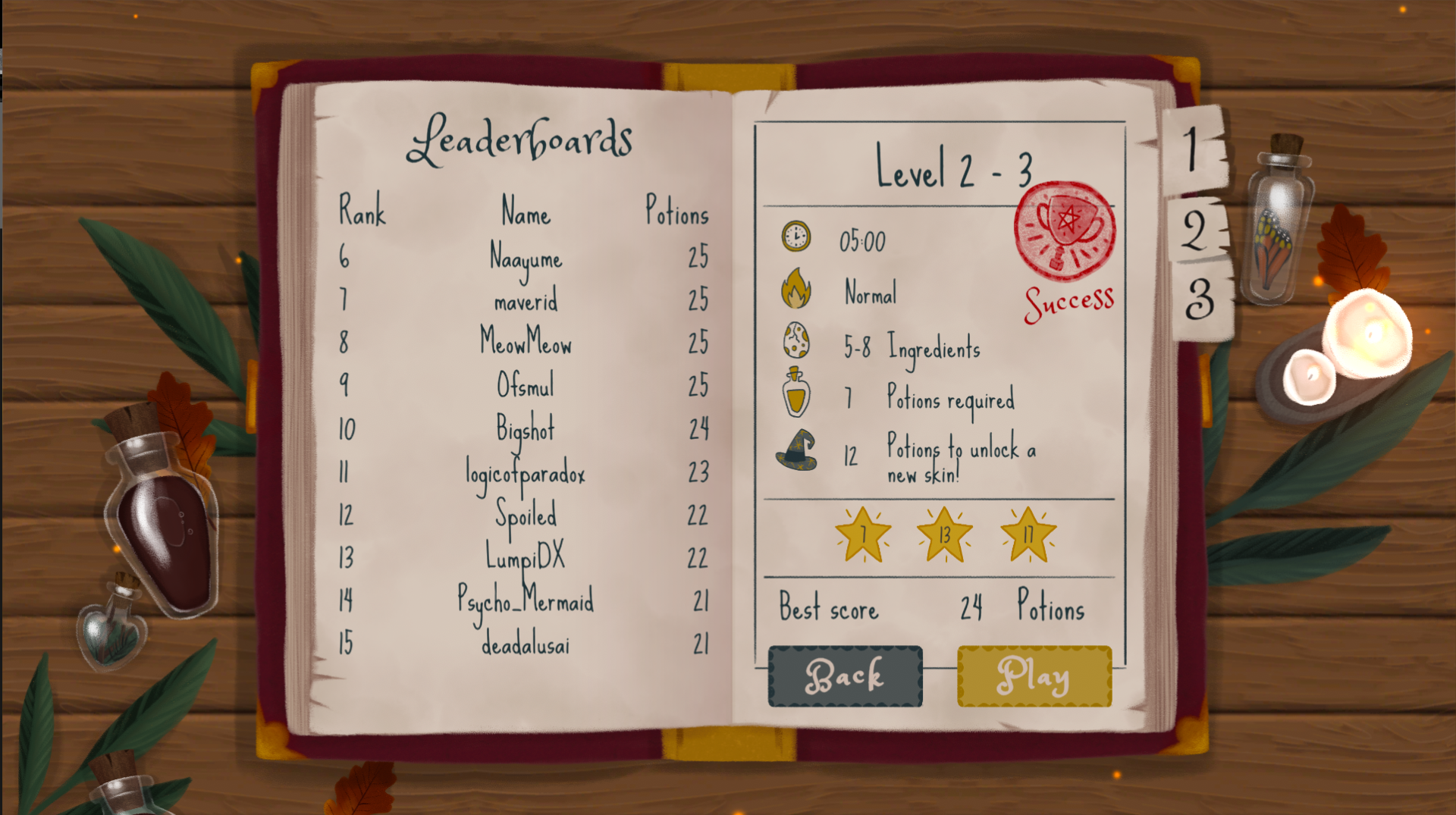 While the gameplay is simple, it’s an enjoyable experience altogether. I never felt too stressed even as time ticked down, and didn’t get too frustrated when it came to repeating levels – since the ingredients and recipes are generated differently each time. The game also seems fun and hectic to play with other people, and is a game friendly to play with kids since there’s not really any violence or terror of any sort. If you’re looking for a decently chill, co-op experience that’s casual, Abracadabrew is a good pick.