Everything you hate about your real life, and a few fun little extras.

When I turned 18 years old I moved from a decently small town right into a big, expensive city. At the time, I knew it would be hard, but it seemed like the right idea. If you aren’t used to the big city with all of its costs, all of its hustle and bustle, and all of the time management required, the transition is rough. It’s adulthood on the hardest difficulty and I found myself struggling after only a year.

Circadian City starts off much the same. When there’s so much to do and so many people to see, it can be hard to manage your time effectively and properly determine where is best to invest it. Personally, I can find this task, we’ll say, harrowing. My focus is shot enough without having too much to do every day, and sometimes games without clear goals can be stressful in this.

There are common tropes in simulation games (especially of the life or farm sort) where you start off in a big city and move to a small town. Circadian City starts off from the opposite direction. You start off in a small place and eventually move to the large Circadian City, eager to learn all about what the life here is like. 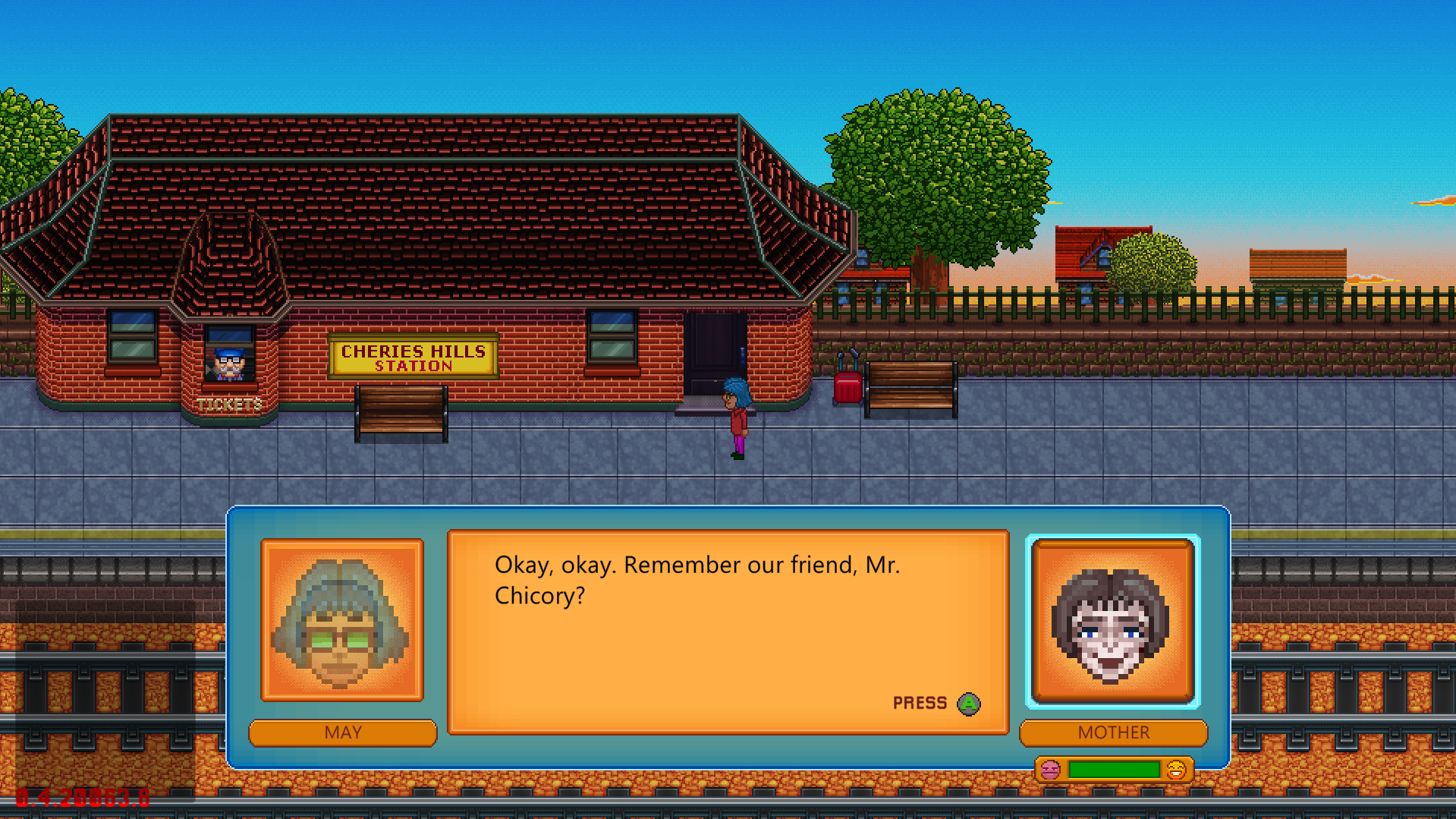 You start off in a train station, with your mom calling you and providing a few snippets of vague backstory. Mr. Chicory is a nice man at the station that sends you on various mini-quests to gather an item 10 feet away or make food for him because he has to work through his lunch shift in a capitalist hellscape. After, you hop on the train and then end up in a dreamscape. In a literal sense, and not a metaphorical one. Before you can complete any tasks from a beloved childhood toy, you wake up in the real world and must face real-life responsibilities.

Of course, in Circadian City your real-life responsibilities are a little bit more fun and quick- holding a button or allotting a particular number of hours- but it can still be taxing. Luckily, you’re not required to show up for work. It’s a work-as-you-want-or-need-money policy, and I desperately wish work were like this everywhere. 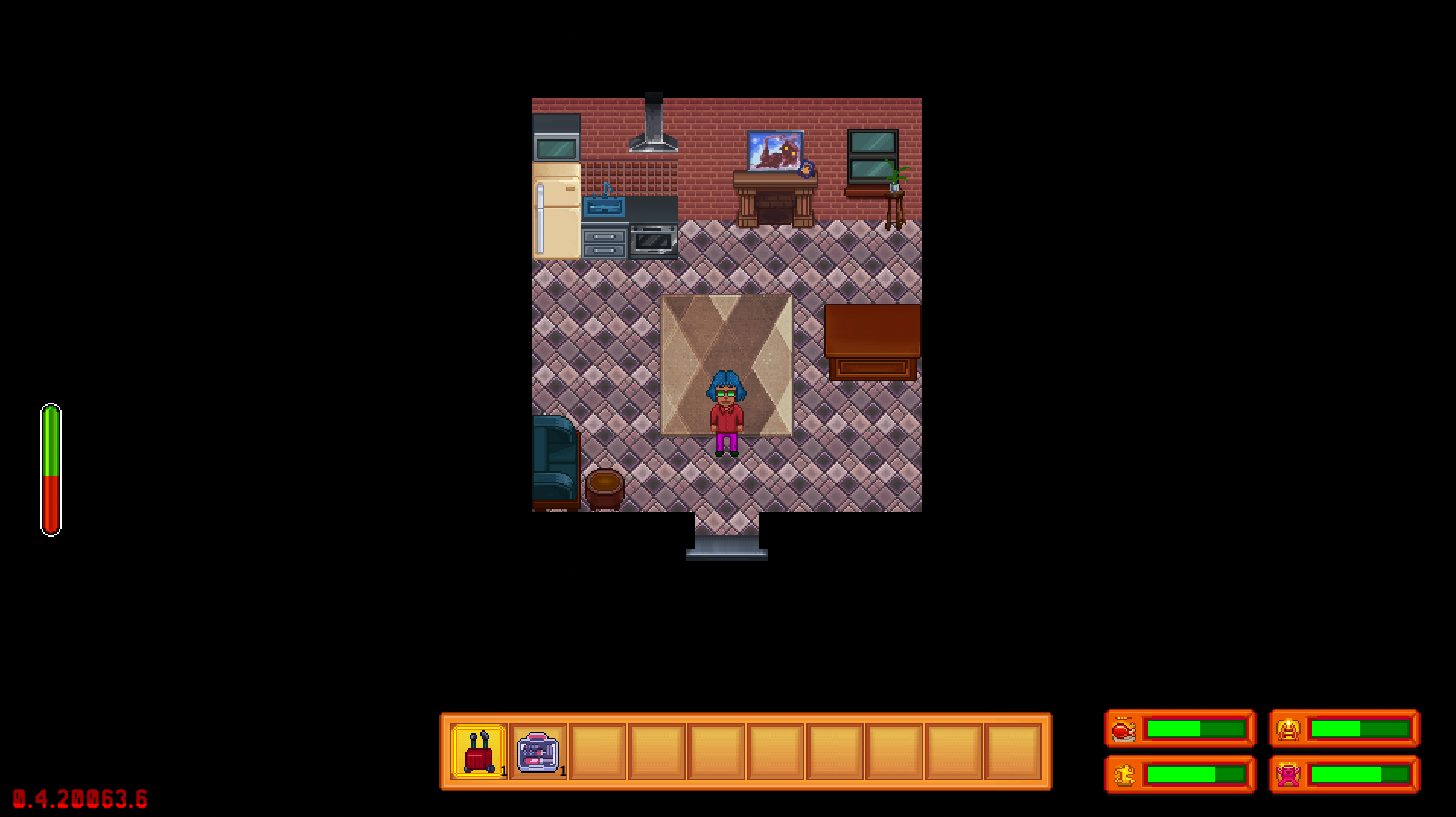 Pixel graphics! Love ‘em? So do I. I’ll admit though, as far as I’m concerned the pixel art in Circadian City is at its best when it comes to buildings and environments. The backgrounds are often warm and detailed, in a way that I find myself focusing on more than the character models. Faces can look a bit odd in the style, and when it comes to character customizations I wish I had a few more options available. It is worth noting, of course, that the game is still in Early Access. New things could still be added, and totally hit exactly what it is that the community wants. 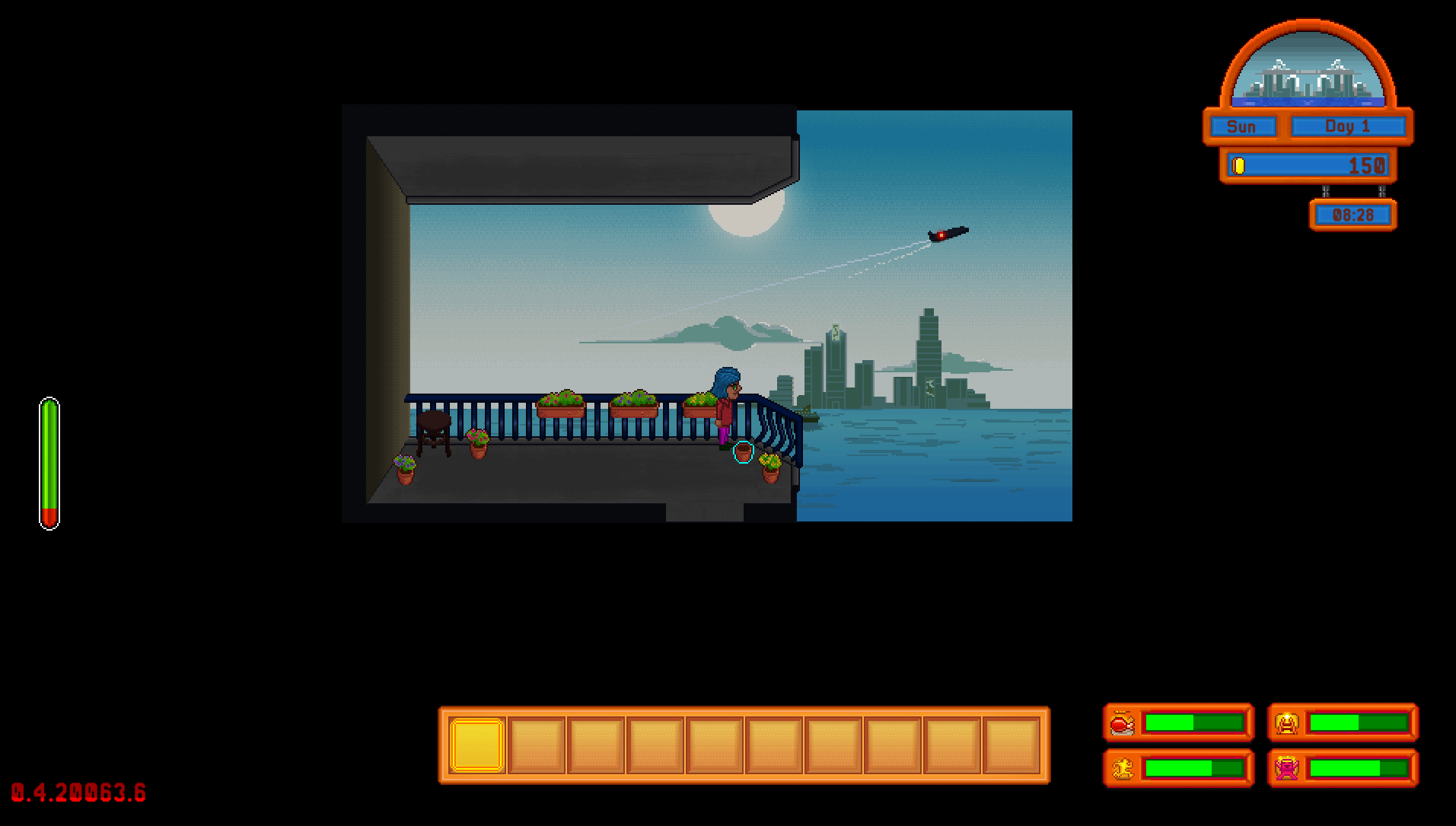 At its core, Circadian City is a simulation game. Sure, it’s both a life sim and a farming sim, but it’s a simulation game all the same. Personally, I find that the life aspect is done stronger than the farming aspect, which is only accessible when you fall asleep. That’s right! Even in your dream world, when you are supposed to be recovering from the exhaustion of waking life.

In gameplay, this is fine! I love having a feature to accomplish while I’m recuperating. You get to plant things, harvest things, cut things down, build things- all in an attempt to clear your mindscape. If we wax poetic though, it’s a bleak idea. Is there no such thing as real rest? Are we working even while we sleep?
Crafting is as easy as holding a button after gathering materials with pickaxes, axes, your hands, and so on. Tools break down over time, but it’s not tremendously difficult to make new ones if you’re running low on items and want to accomplish dream quests. 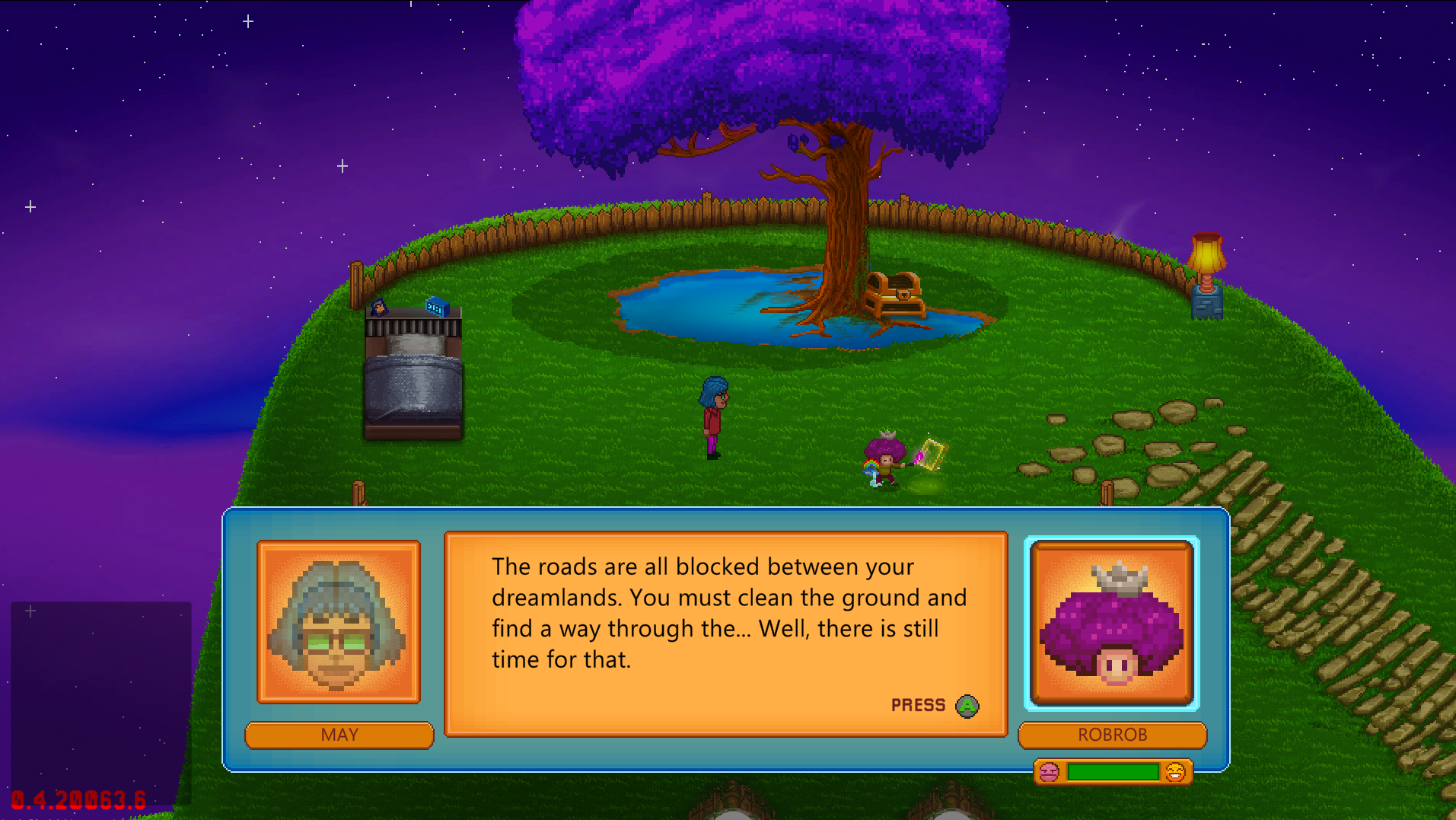 Things are much the same in the waking world, where you can get quests by talking to people and bringing them items. There are tons of shops and places to explore and discover, and building relationships with random folk or shopkeepers really takes quite a lot of investment. Still, it’s worth it. They’ll give you recipes, items, tips, information- people in this game are almost always kind and helpful in a way I wish the real world was.

While Circadian City is in early access, it’s already an intriguing concept. What draws me the most is progressing in the dreamscape, or making friends and trying to “max” out a relationship with some dork at the comics store. If there’s one key “gripe” of sorts that I have it’s in relation to dialogue. It can come across sort of stilted in a way that’s awkward to read, but that can eventually be corrected, I’m sure. The amount of things to do, people to talk to, and the inclusion of a gender-neutral or ‘other’ gender option in character creation is enough to keep me intrigued. I’m excited to see what the game eventually becomes once it is finished.