A hidden object puzzle game about an imminent threat of machines taking over the world.

‘Family Mysteries 2: Echoes of Tomorrow’ is a hidden object point and click game with a sci-fi plot. We take on the role of a genius inventor who is about to celebrate a marriage anniversary with his wife when their peaceful moment is interrupted by a mysterious man using futuristic technology. This man kidnaps the main character’s wife and demands the new invention in exchange. The game then takes us on a one-man mission to get our wife back and to stop a threat of machines taking over the world. 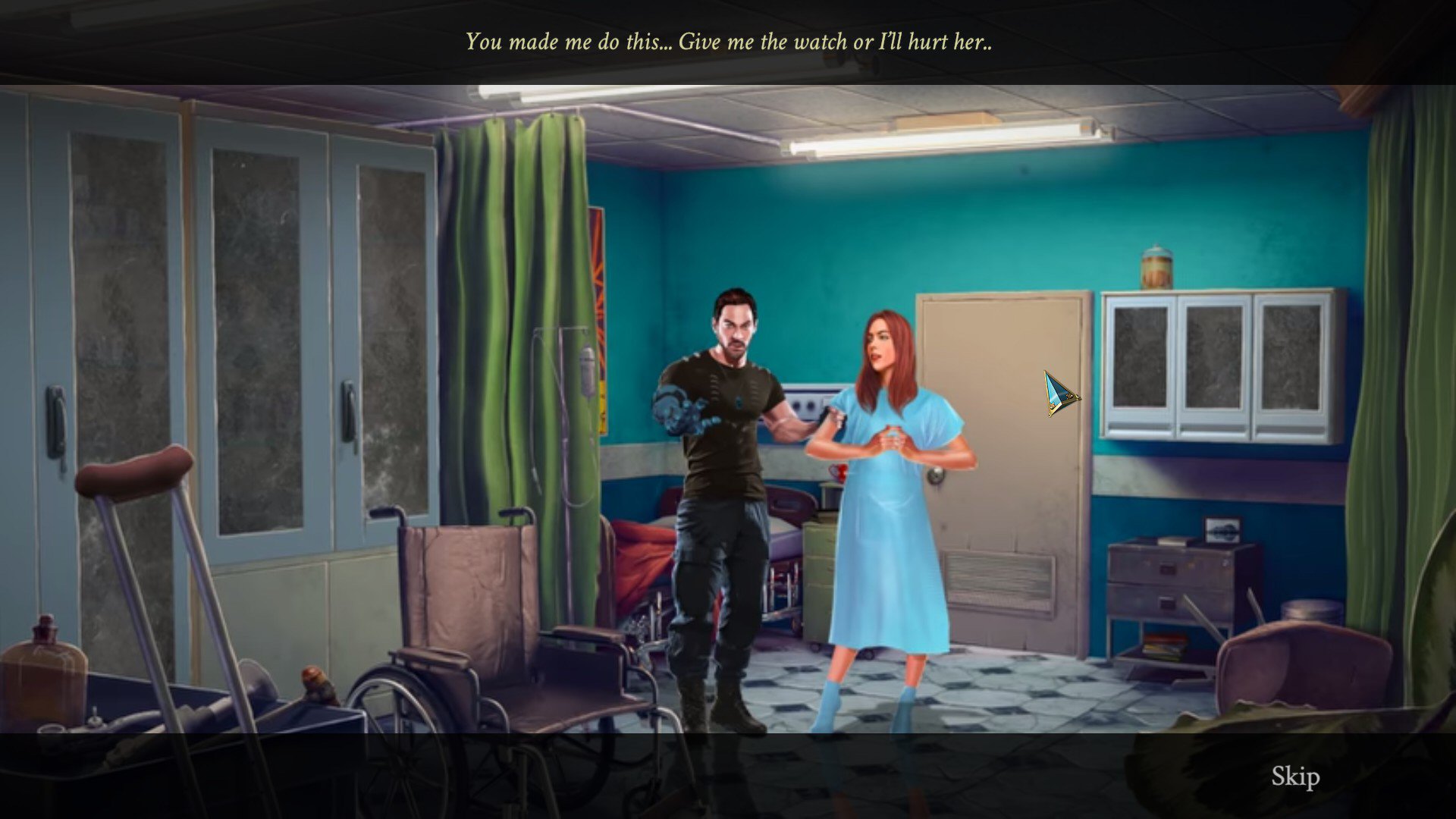 This is the story concept that we’ve seen a lot before, and for the most part the story here is somewhat minimal and with only a handful of characters, mainly serving as a way to get us to travel from one area to another and solve a variety of puzzles. So the story is unlikely to carry you through the game, but it’s not terrible enough to make you stop either. The bigger aspect of the game here are the puzzles.

The game is filled with different types of puzzles. These are mainly of 3 categories: hidden object scenes, point and click interactions, and mini-games.

The hidden object scenes are quite creative and tend to change the context and style. Sometimes what we have to find is written in words, other times we only see outlined silhouettes of the objects we need to find, and sometimes we just need to find a certain number of the same object type (e.g. crystal). There are also some pretty dynamic hidden object scenes, such as inside computers, where we have to manipulate some things in order to find some of the objects. 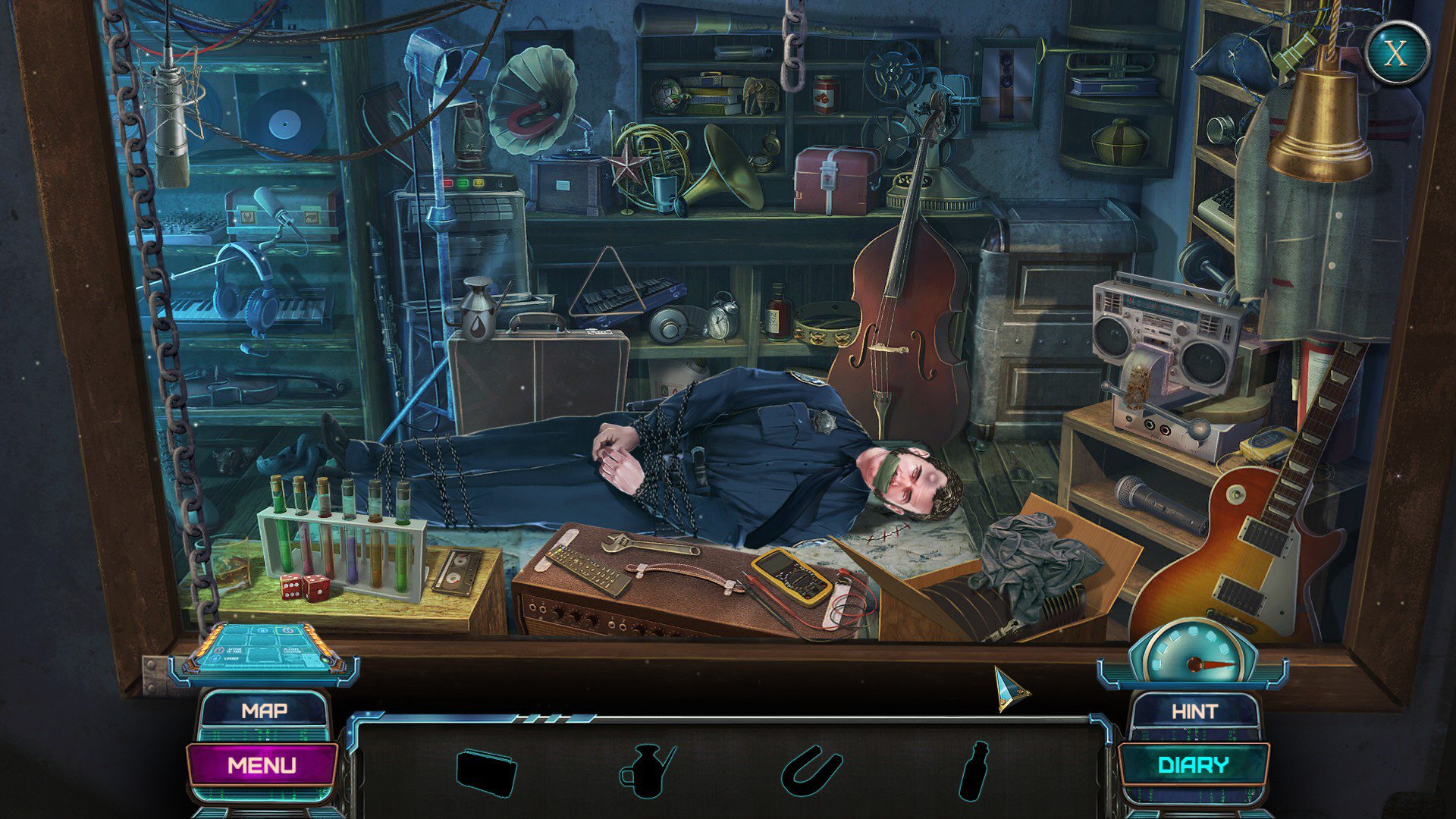 Mini-games come in a huge variety too. Most of them are the kind of things we’ve seen before – mazes, matching games, sneak past enemies via turn-based methods on a grid, etc. Generally, most of them are ok, but a few could feel quite annoying and fiddly. Gladly, you have the option to skip them if you want unless you’re playing on the highest difficulty mode. 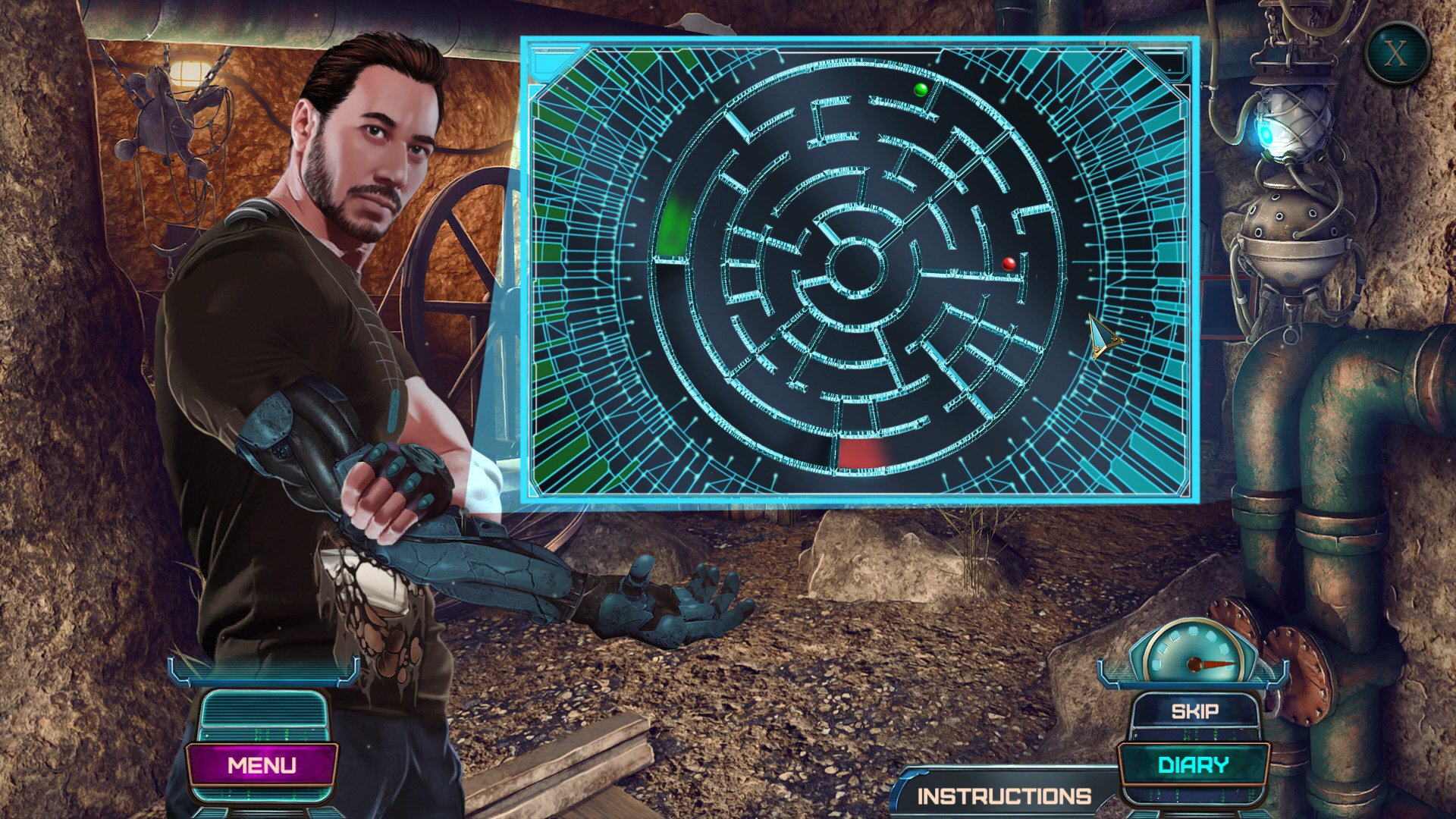 The point and click interactions pretty much glue everything together and occur in between. We explore the environments, find certain items which we keep in an inventory, and then find places where to use them. Some items can be combined (usually indicated with a ‘+’ symbol on an item). Most of these are quite straight-forward and have logical solutions. You’re not likely to be stuck for too long on them. And even if you do, there’s a hint button available that goes on a cooldown after each time you use it. 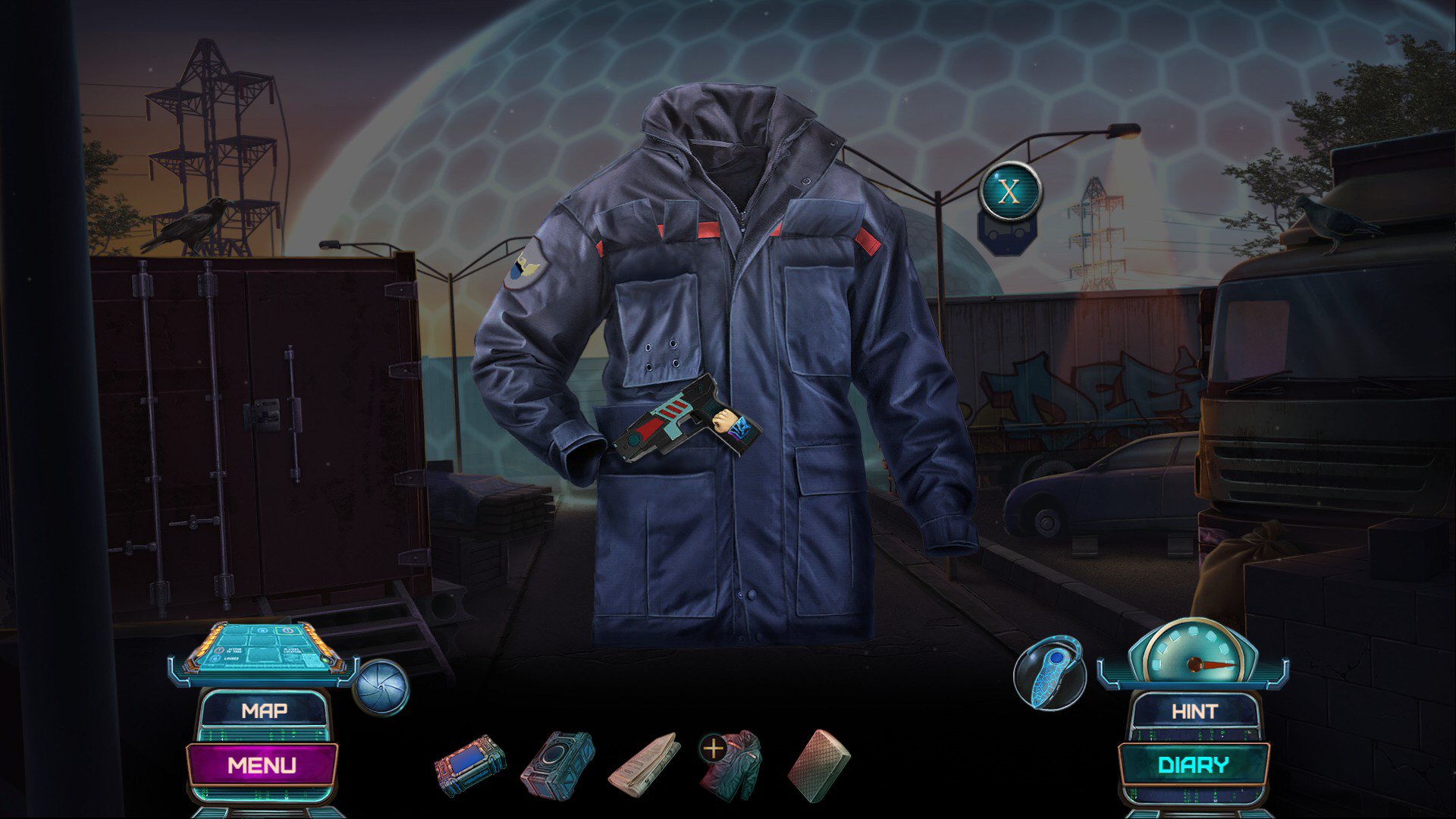 Though most puzzles are executed well, the game kind of just throws them one after another at you and there’s very little sense of reward. You just feel like you do one puzzle only to be given another as soon as you finish. So you’re probably not likely to play this game for extended amounts of time unless doing puzzles is all you’re after.

The game’s visuals are very well made. Lots of beautifully crafted environments, throwing in a mix of modern day locations and some futuristic sci-fi areas. Manipulating some items and objects whether in inventory or in environment is quite satisfying and fun. Character models feel a little stiff though, but it’s not a huge drawback. 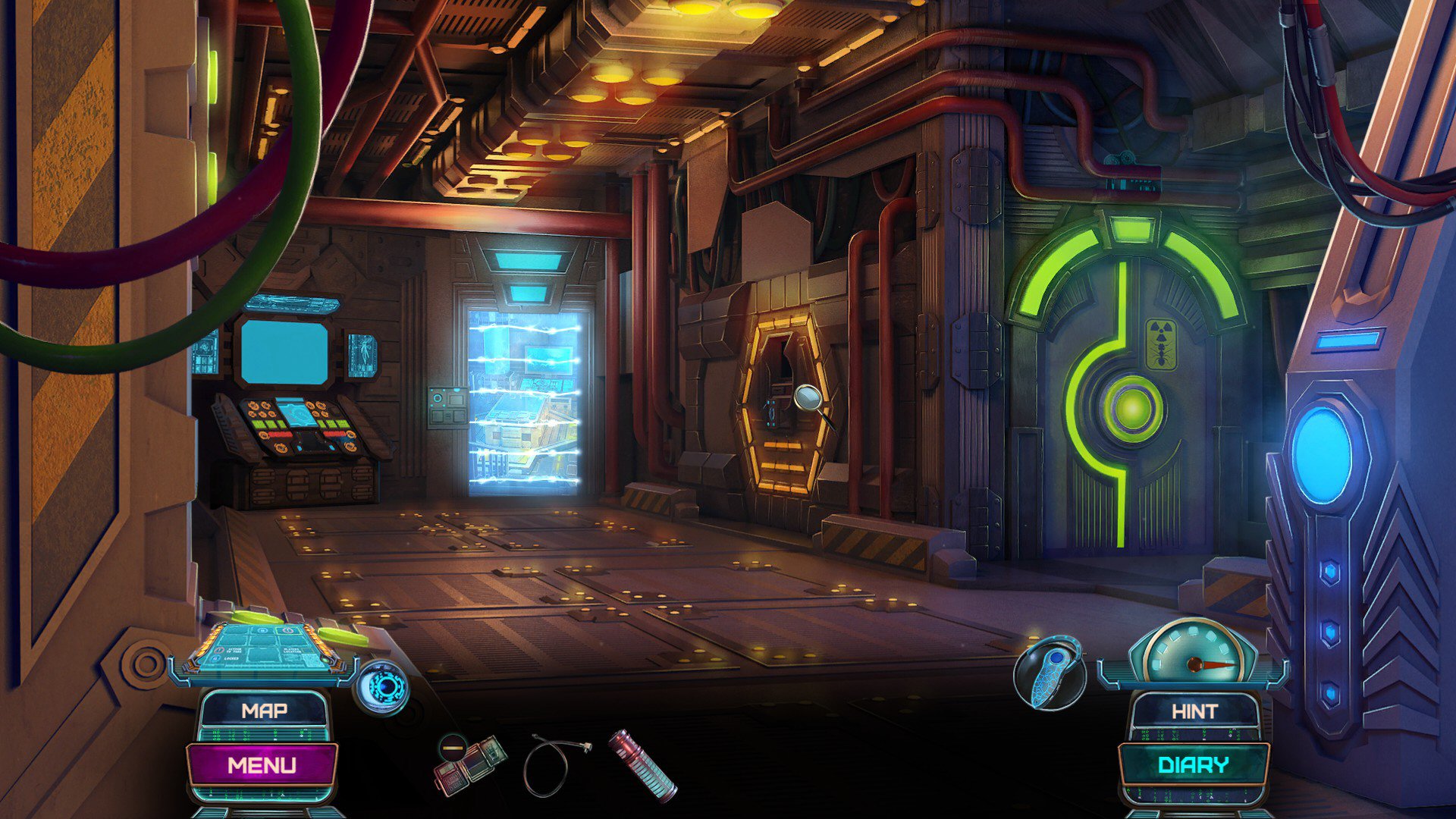 Music and voice acting are ok for the most part. I didn’t feel that music stood out in any scenes and mostly it was just ambient. Voice acting was passable too. Not superb, but not terrible either.

Didn’t come across any bugs or glitches. The game runs very smoothly and is well-streamlined. Quite suitable for a casual player.

This hidden object game is not bad. It’s functional and has a lot of well-designed puzzles, as well as good visuals. But I feel that a certain spark is missing and I wasn’t too thrilled about it. I never felt that I cared for the characters or the plot. I think this game is better as a little time-waster which you launch if you want to kill half an hour of your time rather than something you play seriously and daily. Despite these criticisms, I can’t really say that the game is bad. It intends to be a hidden object puzzle game and it does that aspect well enough. So, for that reason I’m giving it a ‘Save for Later’ rating.