Starting this review off by stating I’m no stranger to Remnant – I love the game! I poured dozens of hours into the base game (both solo and co-op) and its first DLC, Swamps of Corsus; as such, it isn’t a surprise I was quite hyped for the second (and final) DLC, Subject 2923.

Subject 2923 differs a lot from Swamps of Corsus in its focus: while SoC was a roguelite mode with its own progression, 2923 delivers what I preferred to have originally – more campaign content. After the events of the original game, you find yourself still facing The Root and thus must investigate other Wards where hopefully answers can be found, as well as means to stop the Root for good.

It is when you find Ward Prime that the game opens up, including your travel to the cold world of Reisum and both answers and new questions arise in this fantastic piece of DLC. 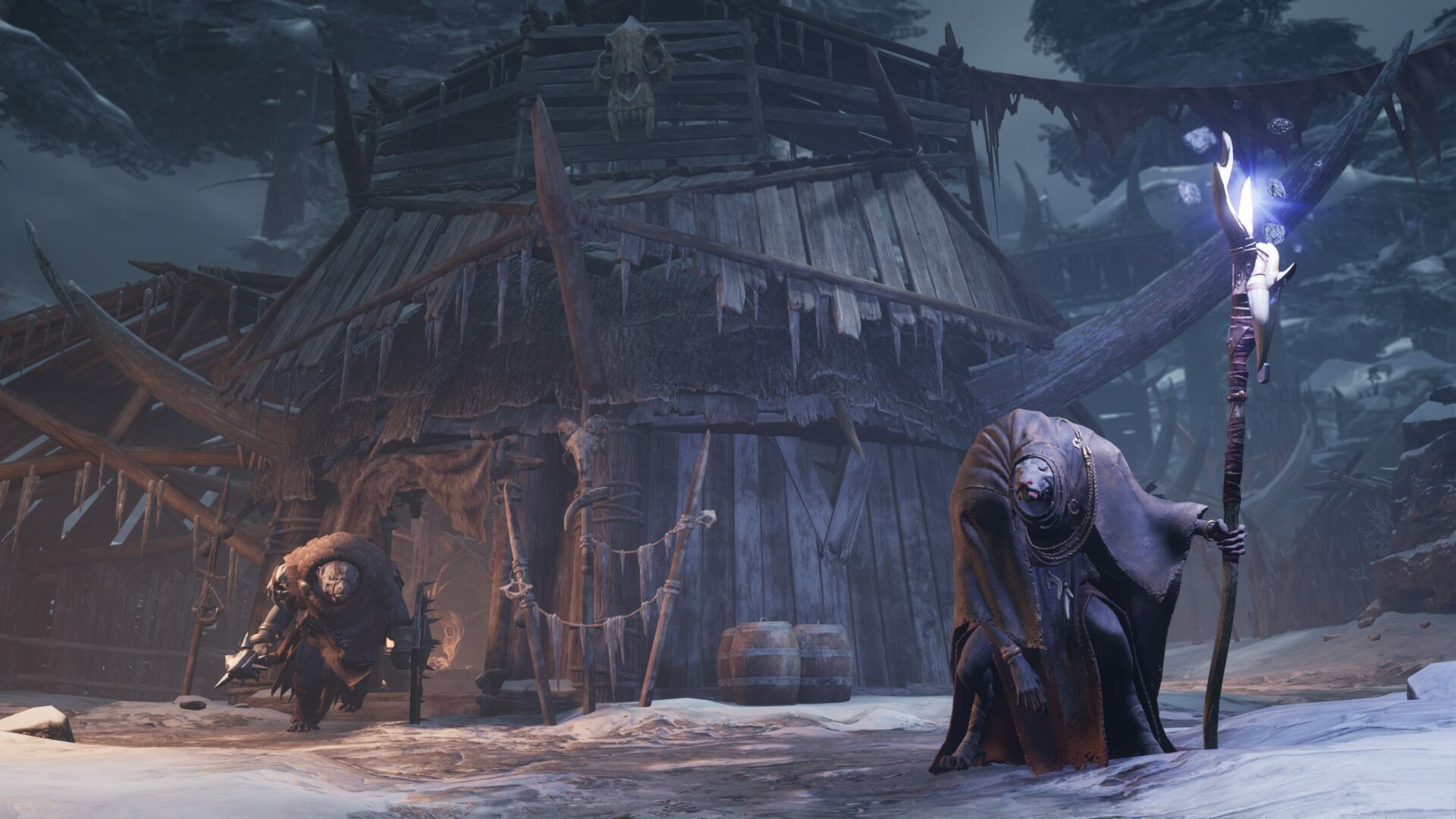 You thought it was over.

How wrong were you.

Without getting into many details of the original game (this past week we’ve seen it go free on the Epic Games Store, so I’m guessing a lot of folks are new to the game and its lore/mechanics), you managed to wipe what the Ward 13 people thought could be the heart of the Root and stop it from spreading and destroying Earth further. It quickly became clear that it wasn’t a complete job and you start in a rural side of Earth trying to find Ward Prime and try to make sense of it all while trying to stop the Root.

Ward Prime gives a fair bit of lore and deepens the plot behind the Root and the Dreamers, one of which you’ll discover to be Subject 2923 (heh) – your travel to Reisum is set and off you go.

Overall, the story of Subject 2923 manages to answer quite some questions but also neatly asks more, setting up for a possible sequel (which I can only dream of, the potential of Remnant 2 after this DLC and all that was seen and discussed in this game is through the roof).

Your typical Remnant gameplay is left unchanged – you’ll face familiar enemies but also a plethora of new ones, including new bosses.

A lot of the core gameplay of Remnant focuses on your guns, upgrading them and pairing your weapons with adequate mods and proper gear in order for a powerful build so you’ll be happy to hear that the DLC adds a hefty amount of content in that department was well, I’ve found a lot of new rings, charms, mods and weapons either from quests, exploring the world or simply looting the bosses you killed. A lot of the new gear seems very powerful for late game builds and the fact that Reisum is present in the game’s Adventure Mode (which let’s you re-roll a world and replay it, with new loot, quests and bosses all randomized) allow for subsequent playthroughs to collect all the gear you need.

Since the gameplay is the same, you’re probably wondering if Subject 2923 adds any new mechanics, right?

Well, it adds quite a few to my surprise – Ward Prime and Reisum have their own little quirks that make them feel worlds apart (which they literally are) from each other.

If you’ve played the base game, you know your hub/base is Ward 13, a bunker sort of complex with plenty of floors and connected sections. Ward Prime is even more interconnected with plenty of staircases, doors to open and plenty of items to gather in order to unlock every section of its fairly complex structure, spanning 4 floors. Ward Prime, at the core, plays like a puzzle section. Finding items to unlock new sections and resolve the dimension-shift puzzle without dying in order to further unlock new sections and if you REALLY explore, new gear! 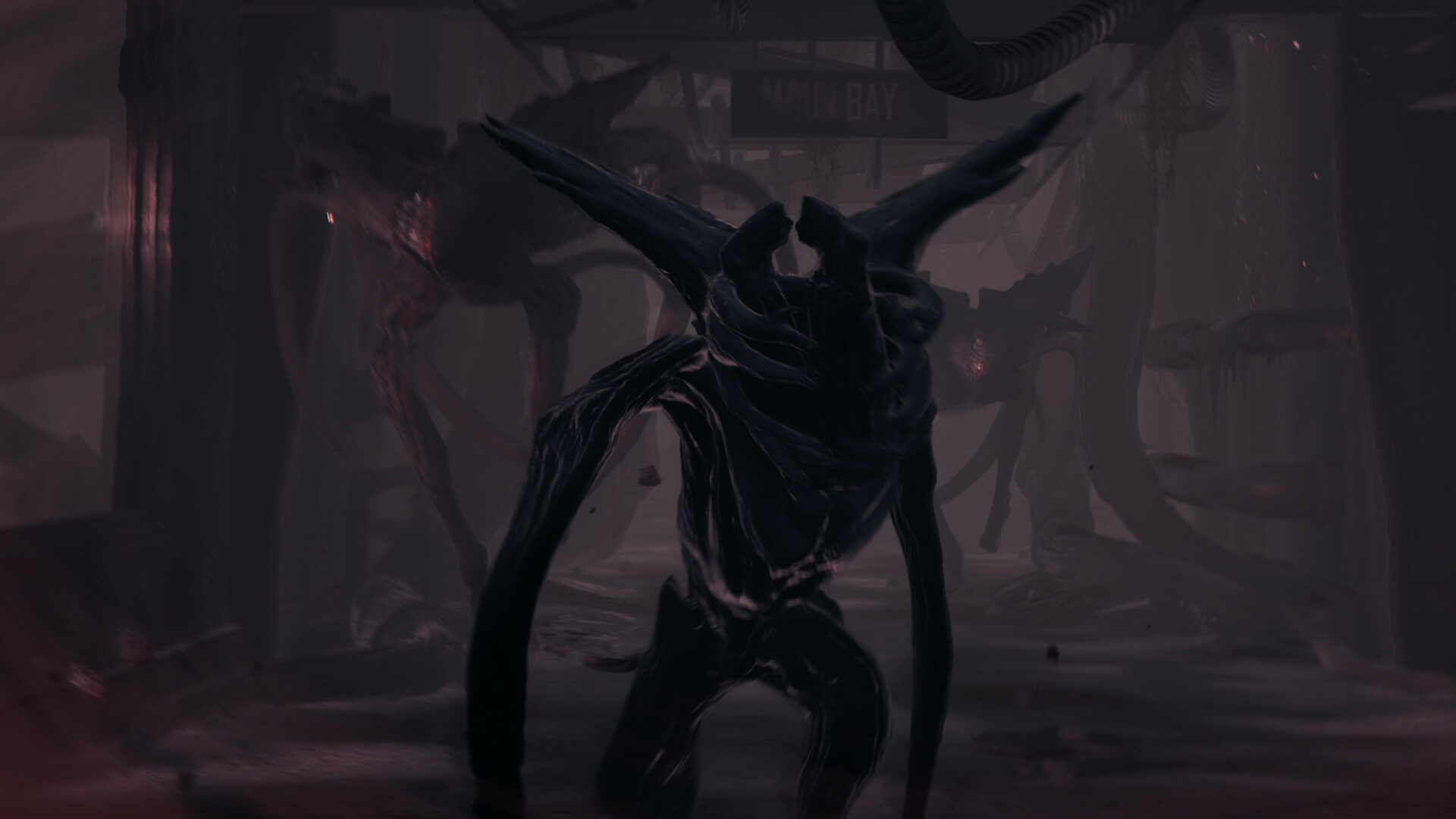 What is this dimension puzzle I mentioned?

Upon entering Ward Prime, you’ll encounter large enemies that wander the corridors but they can walk right through you without even noticing you… as if they are in a parallel dimension. There is an orb is certain spots that you can interact and shift into that parallel dimension and either fight those monsters (which for me was impossible at Gear Level 17) or run away (I seriously recommend running) and finding a destructible Root spot you can break and unlock new passages in the real dimension you’re used to. Ward Prime at the core functions like a massive stealth puzzle game, where unlocking new sections, reading and listening to logs are the main features of it – combat barely happens.

And then you unlock a portal to Reisum…

Reisum is a snow/ice covered world filled with a new tribe of Rats that are extremely vicious – similar to the enemies you find in Yaesha in the base game, only worse as they carry guns and explosives unlike the Yaesha folks. With this new environment, you’ll frequently notice a status bar below stating you’re with Frostbite… if that bar fills you enter the Frozen status, slowing down all your actions and making you a much easier target for enemies, which in this DLC are absolutely RELENTLESS. For the record, my experience was based on the Hard difficulty which, aside from a couple bosses, was a bit too easy for me but I was decently leveled – Trait Level of around 160 and Gear Level 17. Also, you can definitely expect some weapons and mods to deliver the new freeze element, adding further to your arsenal and build variety (including a surprisingly effective Bleed/Lifesteal build I really enjoyed) – among them I got a freeze Axe and an assault rifle that shot ice bolts. 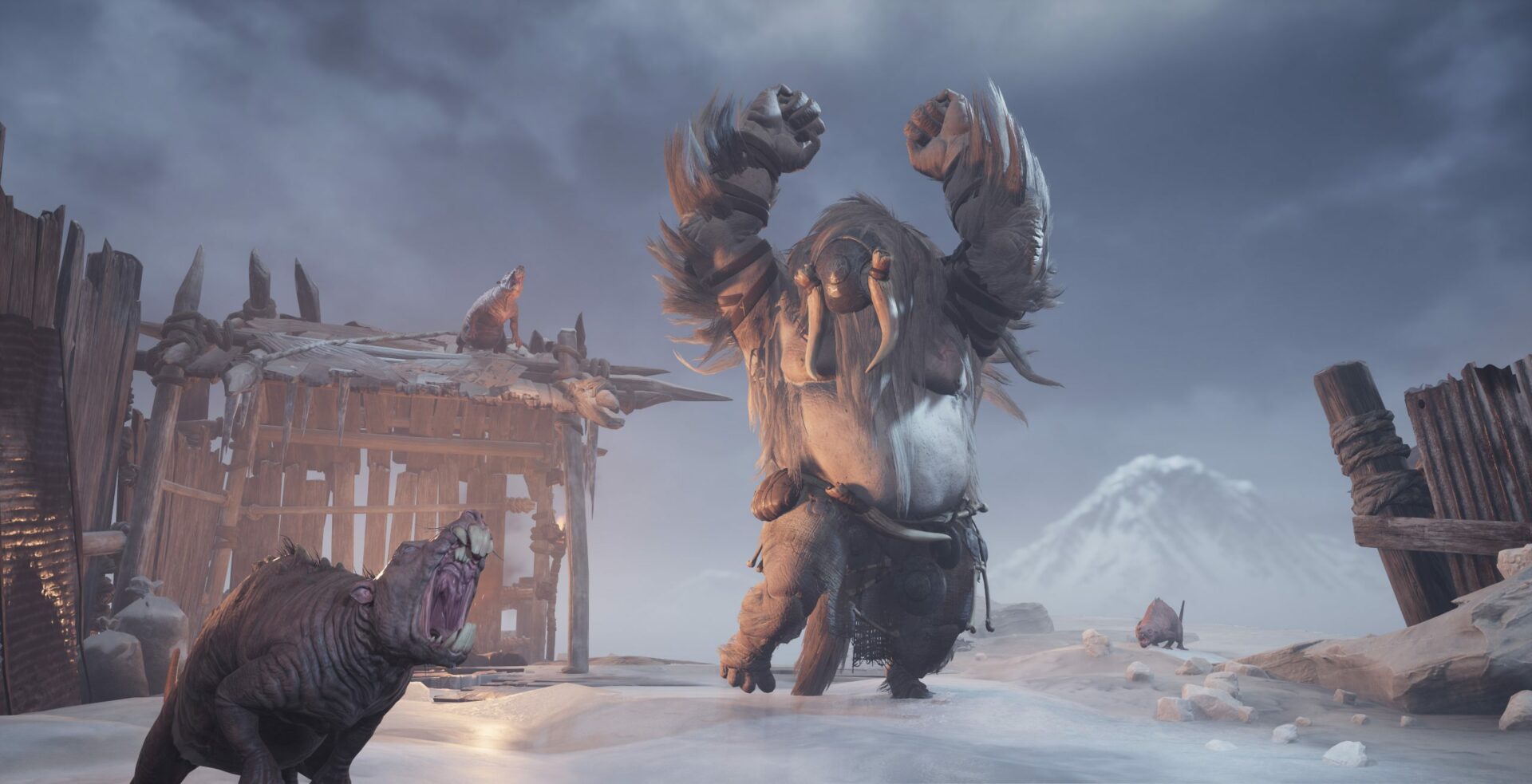 The enemies will take cover frequently and the combat feels more tactical than it was before – nothing a well placed headshot can’t usually solve, though. You’ll have to be careful and have good reactions to dodge the frostbite coated attacks of your enemies and also the one-shot grabs some elites will deliver to you.

Overall, Reisum is one of my favorite worlds of Remnant and I can’t wait to try it in co-op as well with a friend. Ward Prime is a nice change of pace that tries to be different and deliver new mechanics without making them overstay their welcome – a really well designed intermission for the real meat of the DLC which is, in my opinion, Reisum.

As it’s a DLC, Remnant looks the same but the aesthetic of this DLC easily provides it the best views of the entire game (base and DLC’s), from the ice covered world of Reisum, to the dark, lonely, Root filled and gloomy look of Ward Prime and even the calm but very soothing rural version of Earth, where you’ll explore a few farmlands before heading to Ward Prime.

Audio is praiseworthy – the DLC seems to have added some new ambient/music tracks that are an absolute JOY to listen to, reminding me of a lot of the stuff I heard in Darksiders 2’s Jesper Kid’s soundtrack, an OST I adore to this day. With the new worlds, new NPC’s and conversations are present and the voice acting is great for all of it, from beginning to end. The new weapons and mods are greta to use due to good visual and audio feedback, sounding great and adequate for the high amount of damage I was delivering with them. 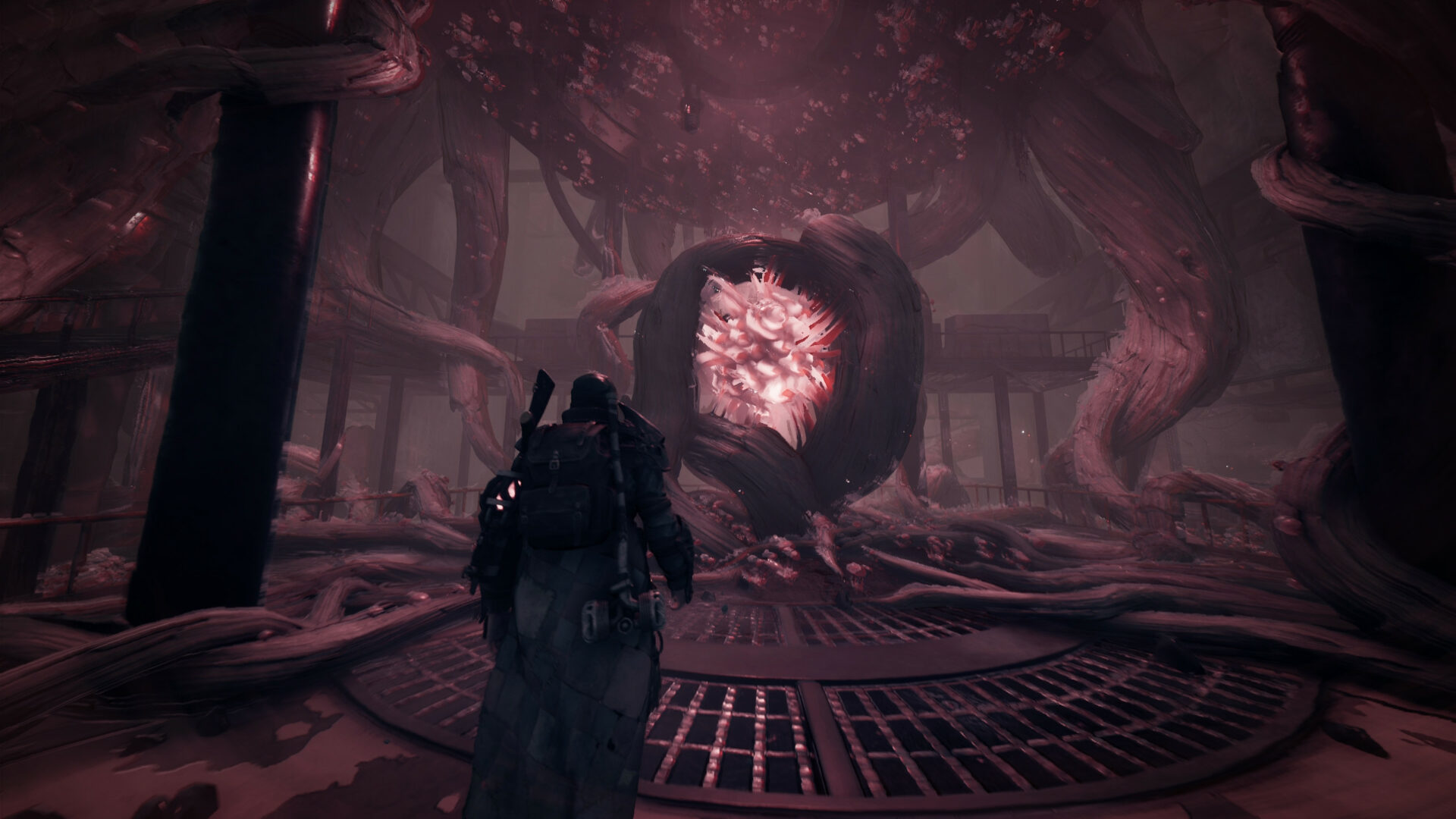 If I could ask for anything more in Subject 2923, it would be more content – this isn’t a criticism though, Rural Earth + Ward Prime will steal a good chunk of time and Reisum is probably one of the best designed worlds I played, without overstaying its welcome and adding a plethora of new gear, bosses and quests to explore over and over in the Adventure Mode. If I was told this was 14,99 or even 19,99€ I’d believe it, alas it is only 9,99€ and the Complete Edition (with the Swamps of Corsus DLC added) is dropping at the same time, both worth it depending on how much of the game you own. Remnant is one of my favorite games of this gaming/console generation and I can’t stress enough how great this DLC is for the asking price. A phenomenal package.

I can now rest and patiently wait for Remnant 2.