Pick your element and save the city while passing your magic school finals.

‘Mage’s Initiation: Reign of the Elements’ at first glance might seem like a little point-and-click adventure game with pretty art and probably nothing much else going for it. After all, how epic can it possibly be if all you need to do is just pass 3 trials that are part of your final exam to graduate and become a real mage? Well, apparently, a lot can happen while you do your exam, and you might just end up affecting the lives of many with your actions. This game has what appears to be a simple story premise – pass 3 trials and graduate, but which manages to weave together an interesting story that will make you feel like a hero by the end.

We take on the role of D’arc, a young mage initiate who’s studied in one of many mage towers for the last 10 years, and now time has come for him to face the 3 trials. Passing these trials will make him join the ranks of real mages. The trials themselves are not your standard school dissertations. They are quite life-threatening and are made to test one’s wits and endurance, whether it’s delving into a dungeon where a 500-year old priestess is imprisoned, stealing an egg from a nest of a mother gryphon high in the mountains, or sneaking into a camp full of savage goblins that have no remorse for any living creature. 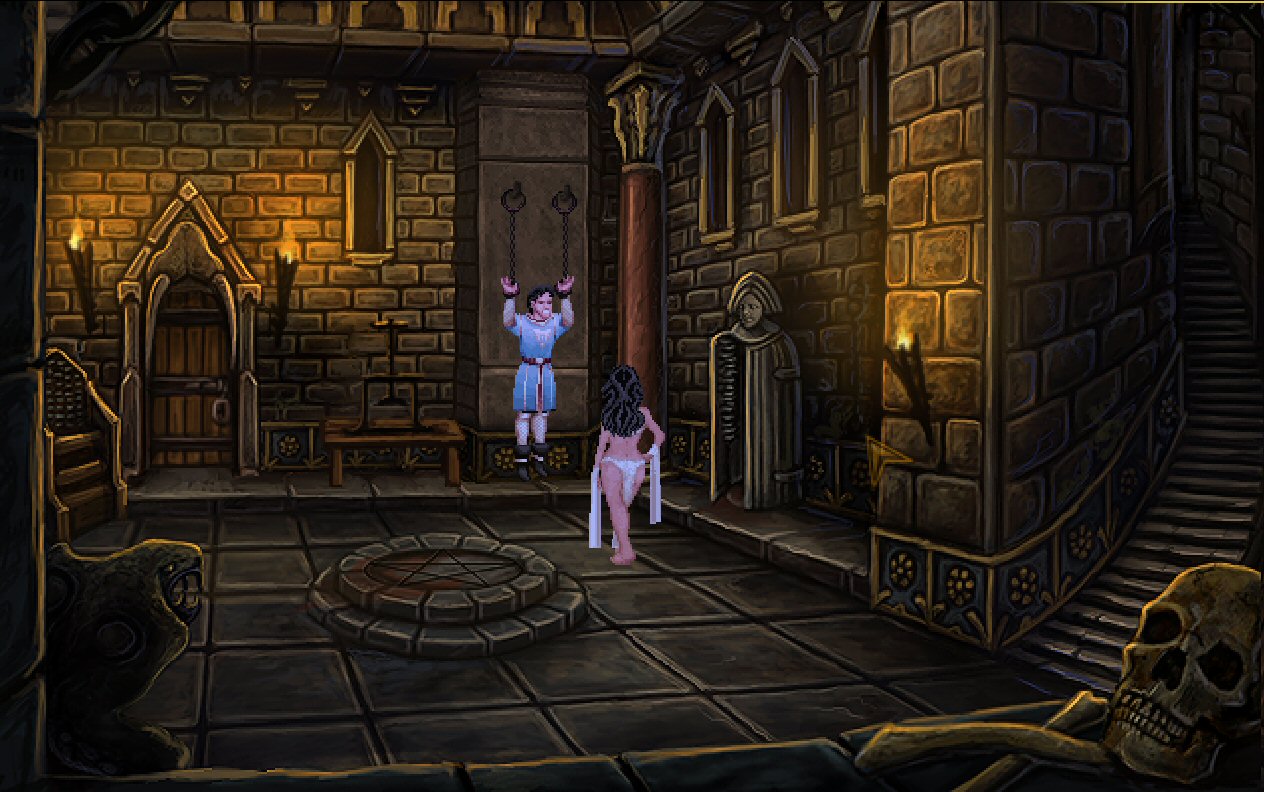 While we go about our tasks, we begin to uncover something more that’s going on in the city, some kind of unrest among the populace and a mysterious masked mage who seems to be up to no good. What impressed me was how well-designed the game’s world-building was and how the game was allowing us to learn it gradually while we were going about our trials. It was never dumped onto us all at once, as is common in many fantasy games.

The story is paced really well and introduces a lot of interesting characters, each with their own backstory and motivations, and which in some way play a part in the game. And despite seeming like a heroic high fantasy, the lines between good and evil have been blurred quite well here, where even the mages themselves who are your greatest allies, and who might seem like paragons of morality, are guilty of some nasty things according to the backstory and are far from perfect. The game introduces several factions – the mages, the giftless humans, the Flyterians (winged humanoids), and two separate factions of goblins, and it shows how these factions are connected to each other through various story events and dialogues with NPCs and what is creating barriers between them. 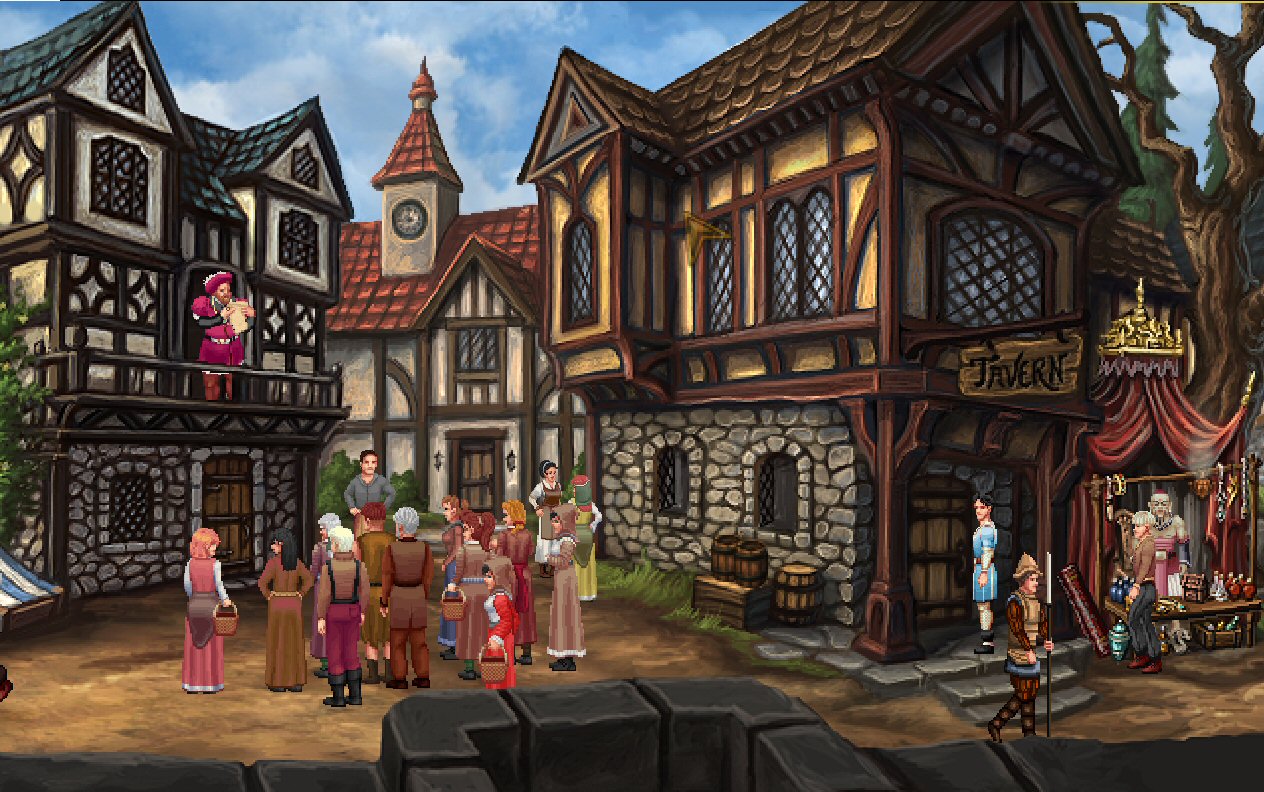 There are two main aspects to the gameplay – the point-and-click adventure and the combat.

The point-and-click adventure gameplay takes the front seat and is what you’ll be doing the most in the game. In order for us to complete our trials, we need to overcome all sort of challenges. With each of the three trials, before we can even try out the trial itself, we first have to find our way to the location where it takes place, and each of those locations is not easy to reach. In this sense, it’s quite similar to most adventure point-and-click games, which require you to do a number of tasks to gain access to new areas which in turn have their own tasks and puzzles to solve. 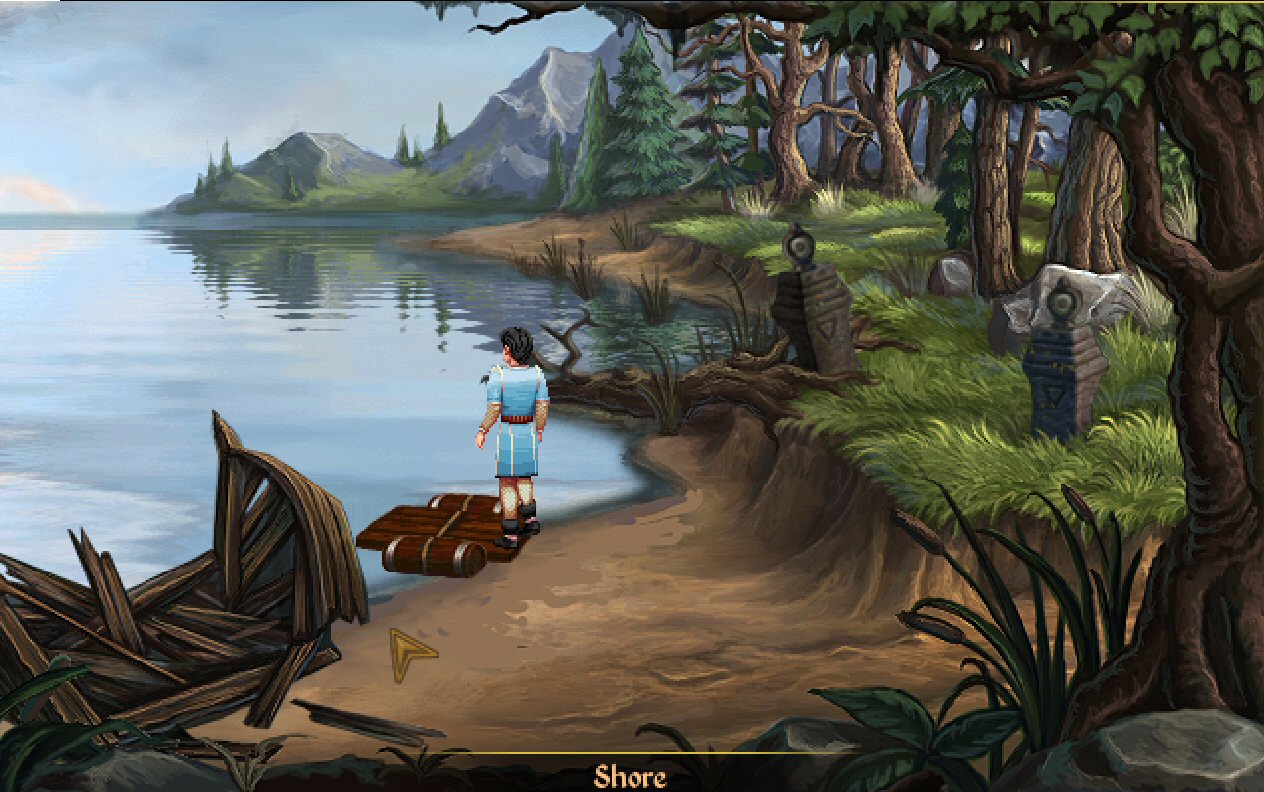 A few puzzles might seem a little obscure and hard to solve, though most are executed well and make sense in the context of the game. The ones which are obscure is mainly because there’s no journal with objectives, so at times after making some progress, it’s unclear what to do next. I also think the game would’ve benefitted from showing clearly where transition points are between maps (perhaps by showing arrow icons or something of that sort), because sometimes it’s not clear at all. I was even stuck in one room at one point for ages without realising that the character can go to the bottom of the screen and exit the room that way.

When exploring the areas, we can interact with them in a variety of ways as is common in this type of games. The game allows us to just ‘look at’ the object, to ‘interact’ with it, or to ‘talk’ with it. We can also interact with objects in the environment with items from our inventory. At times the main character would make funny or witty remarks when made to interact with some objects, particularly in the instances when we make him ‘talk to’ inanimate objects.

We are also given an option to use magic spells on some parts of the environment. The magic spells we have are all dependent on the element we’ve chosen to associate with at the beginning. The game allows us to choose whether to follow the path of Fire, Water, Air, or Earth. Whichever we choose, it affects all of our combat and non-combat spells. Since non-combat spells are needed for interacting with the environment, this means that some puzzle solutions would be different if we play as a different mage class, and this is a really nice way to add replay value to the game. 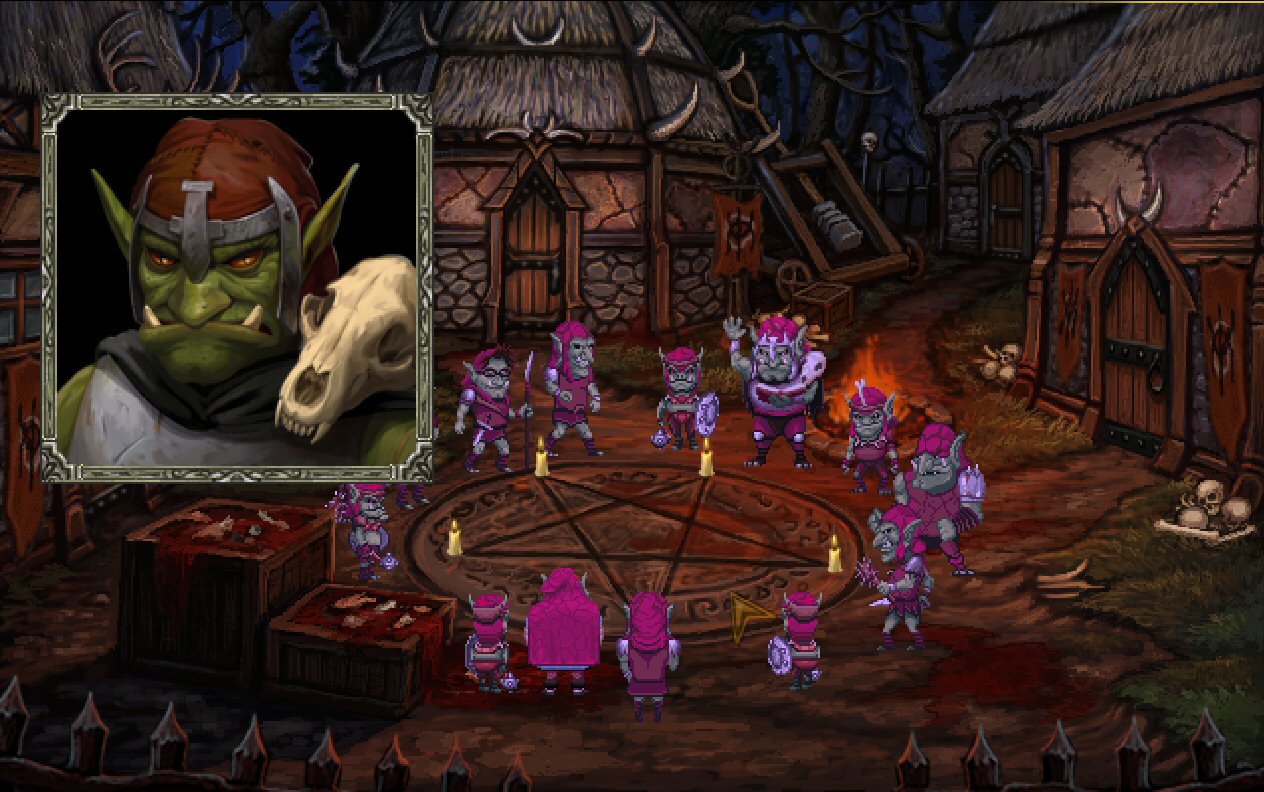 The combat is something that has received a little less favourable view from players and I personally also have mixed feelings on it. Over the course of the game’s story, we learn new combat spells, and these help us in fighting monsters in the dungeon areas. The monsters usually spawn randomly in those areas and at times it can feel a bit annoying when you’re trying to explore.

The fights themselves happen right there on the map too. The monsters attempt to come closer and whack us, while we need to use our magic spells to put them down for good. It can feel a little clunky in places, especially when multiple enemies are attacking at once, but it can be fun in a way too, especially once you’ve unlocked all your spells as it gives more options to deal with the enemies. 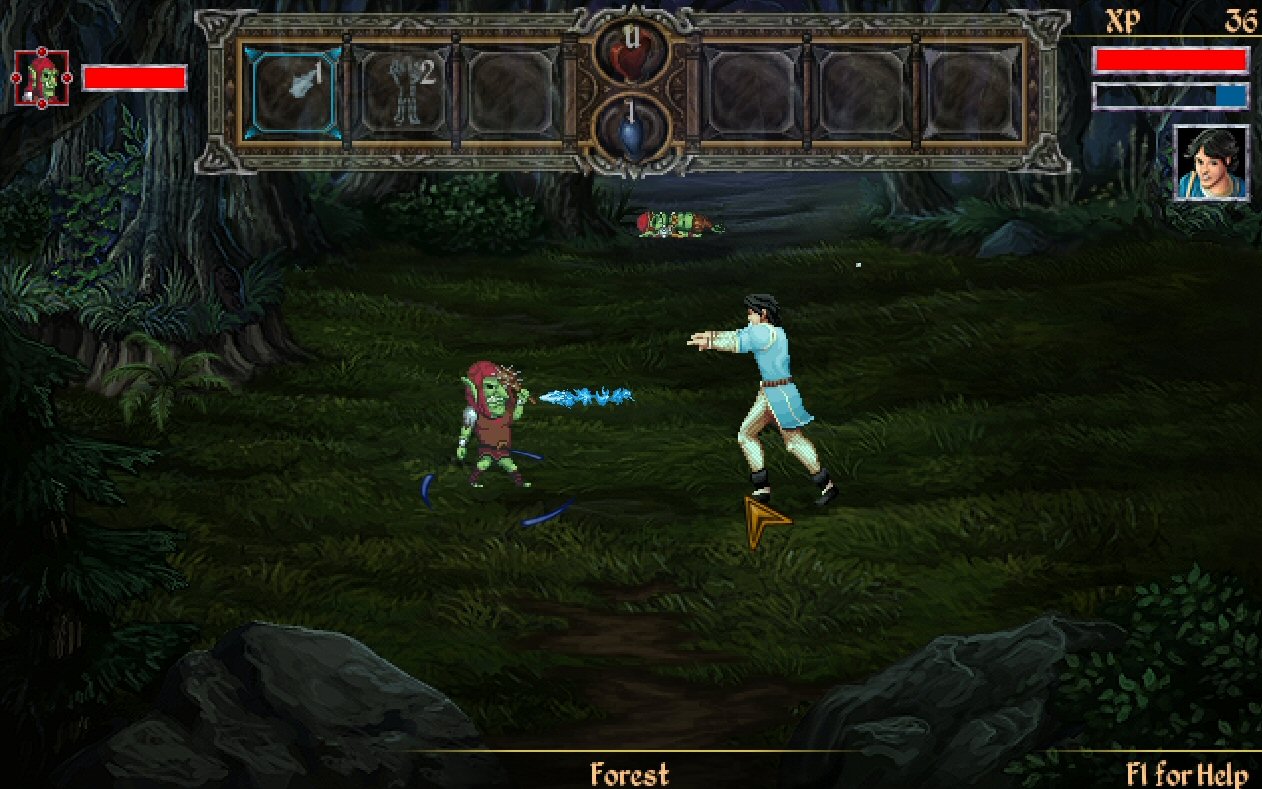 The combat is affected by four key stats: Strength (power of spells), Magic (amount of mana), Intelligence (accuracy of spells), and Constitution (amount of health points). These we can level up when we gain a certain amount of experience points. Experience points are not gained from combat, but rather from progressing in the story and also doing some sidequests. So, there’s no grinding here.

So, on the one hand, the combat adds an element of danger in the dungeon areas of the game and provides something other to do than just solving puzzles. On the other hand though, it can be annoying at times and might even put some people off the game. I think if combat was a little more tactical and turn-based in nature, it would’ve been more fun, but others might disagree. 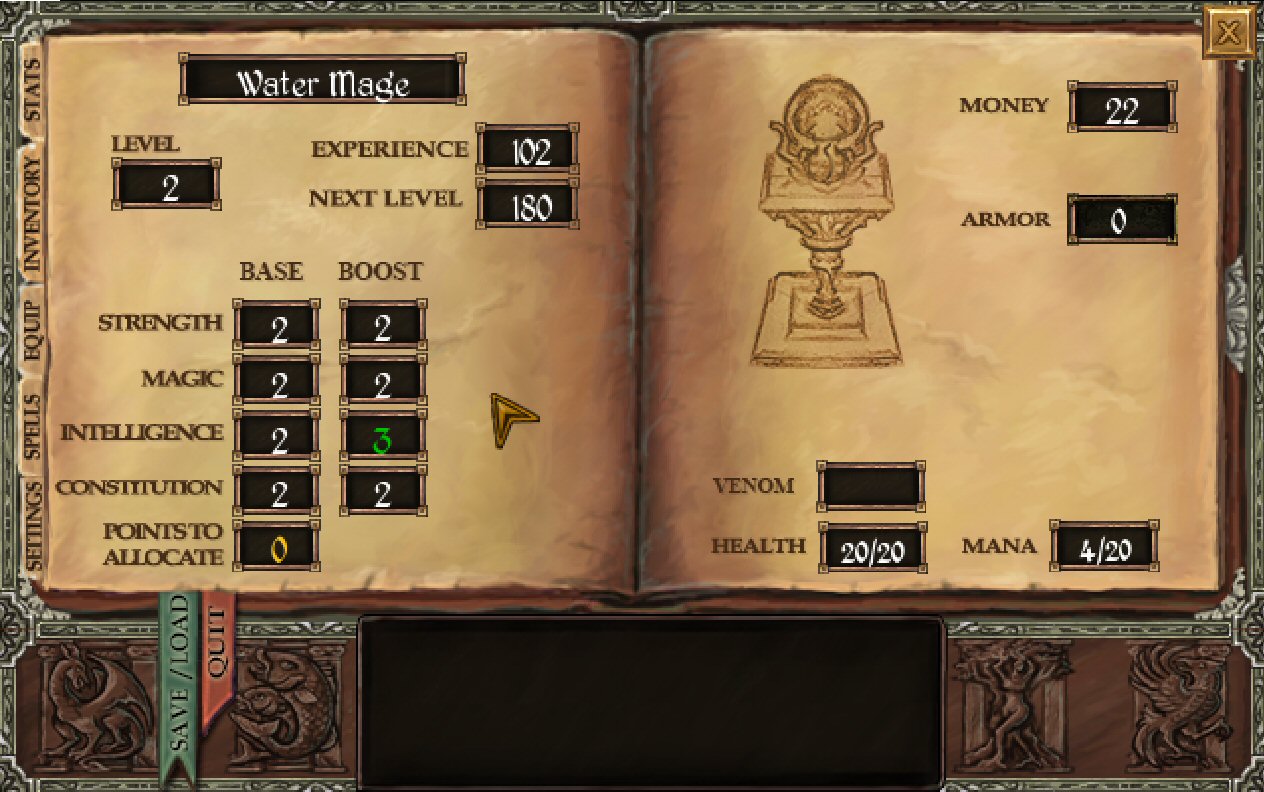 The level of presentation is fantastic on all fronts.

The visuals are stunning. The environments are beautifully drawn and create a vivid fantasy world that makes us feel like we’re part of it. Virtually every map screen looks like it’s been crafted with a lot of love and attention. The character sprites and animations are lovely too and feel nostalgic. And the character portraits during dialogues are also really beautiful and help to highlight each character’s personality perfectly. 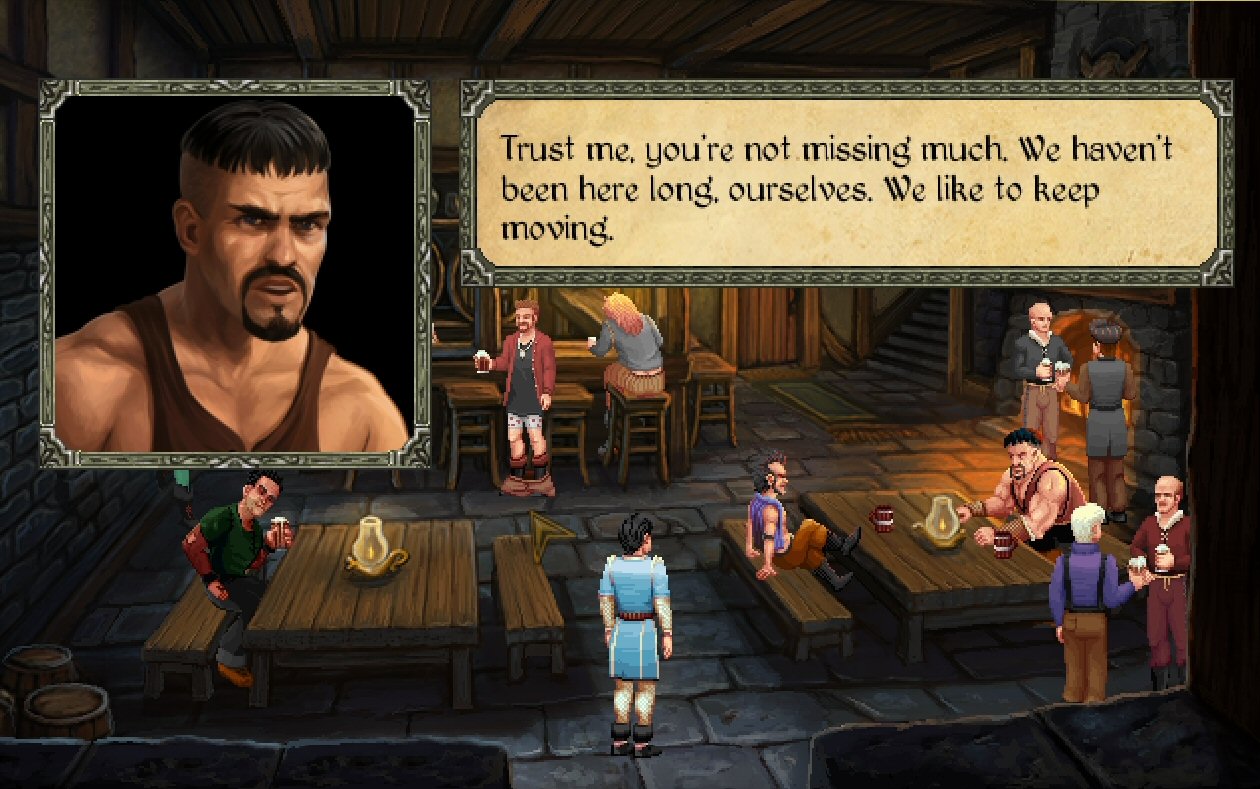 There are also a handful of animated cutscenes during some key moments in the game. These appear to have a rather different art style and look more like the type of visuals and animation you’d see in cartoons. They might seem a little out of place with the rest of the visuals, but they have their charm too.

The game also offers a choice of 3 different UIs to use, which is great as it lets us pick the one we find most convenient to use.

The music in each location is good. The dungeon areas have a tense, atmospheric music, while the public areas tend to have more lively music. Each track fits well with its location. The combat music is also nice and has a heroic flavour to it. Although it might not be the soundtrack of the year, it’s still quite enjoyable to listen to the music in-game.

The reverb from the main character commenting on stuff in his thoughts might feel a little jarring at first, but I got used to it very quickly and stopped noticing it. 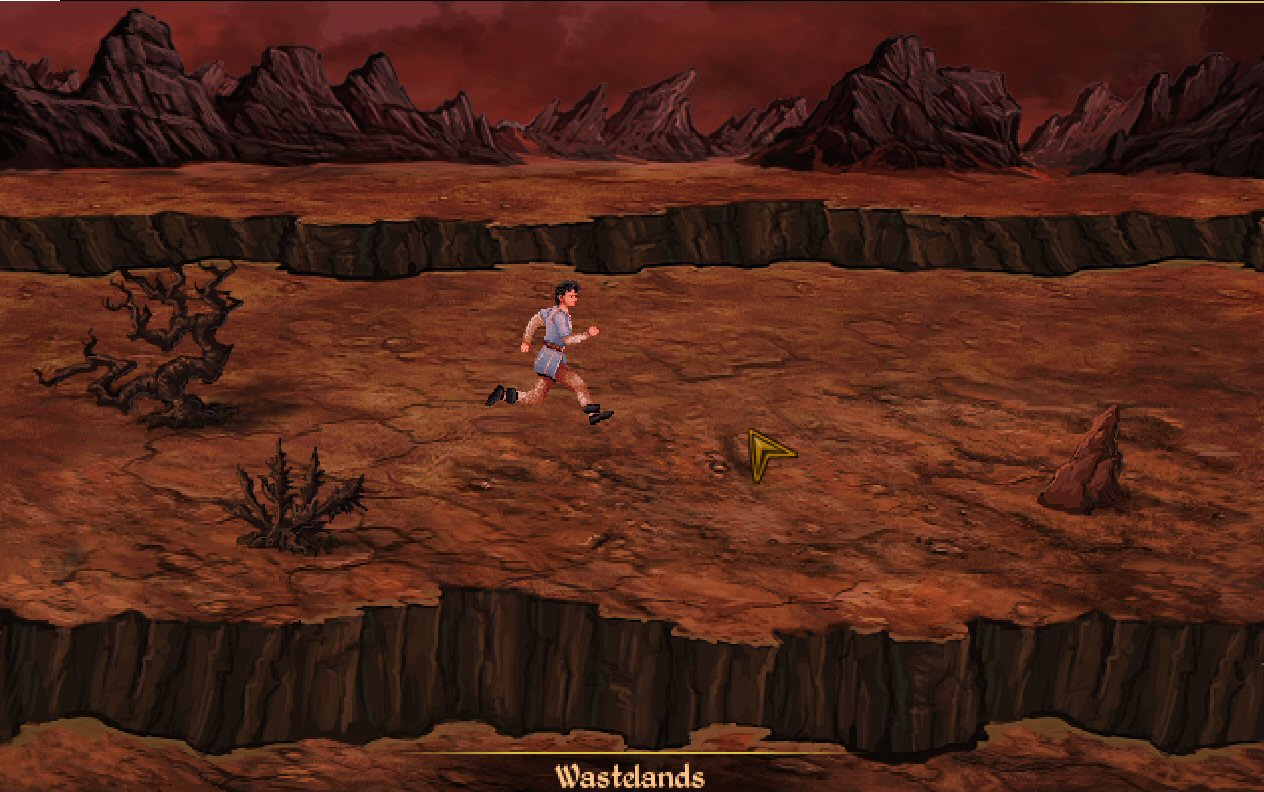 This game really surprised me in a good way. I am not sure why it’s not more popular on Steam, because it should be. It even had a very successful Kickstarter campaign some years ago. I think it might either be lack of marketing, or perhaps a somewhat unremarkable and forgettable title, or maybe the combat mechanics have put many people off.

But rest assured, it has a very well-developed and nicely-paced story with an interesting world and characters, and most of its puzzles and challenges are fun to overcome. Its combat may be a bit clunky, but I don’t think it’s too bad and certainly doesn’t ruin the game. Everything is put together in a package of beautiful visuals and audio.

The game allows us to make some choices that change some things in the ending and also a potential to keep the save file so that it can be transferred to the sequel with all the choices intact. Sadly though, the sequel is not on the horizon just yet. According to the devs on Steam forums, there haven’t yet been enough sales to justify making a sequel, which is a pity, because I’d be very excited to step into this well-crafted world again and to learn some more about it. I hope we’ll see a sequel to this title at some point in the future, even if it might take a few years to make.