REVIEW: Dungeons 3: A Multitude of Maps

If you ever needed a reason to revisit Dungeons 3, here’s the chance that you have been waiting for. This map pack has three all new skirmish maps for you to hone your skills on.

Typically I like to aim for at least five pages when writing a review and at least three pages when writing up downloadable content for a game I previously reviewed. This time though I’m going to be short and sweet which is an awful lot reminiscent of this map pack. There isn’t anything new in terms of graphics, user interface or audio so I will refrain from adding those sections and just talk about the DLC itself. It offers no new units, no new story nor basically anything that the previous DLC for this game offered. It is as it says on the package “A Multitude of Maps” and nothing else. Also, multitude equates three apparently.

Dungeons 3: A Multitude of Maps is a little sad. It marks both the end of the Dungeons 3 era and feels more like a whimper than a proper send-off like Famous Last Words was. The price point is the same as most of the previous DLC but doesn’t provide nearly as much content. In my opinion, one of the best features of the Dungeons 3 is the witty banter between the narrator, your hero and other characters as well as the rest of the dialogue in the game. A Multitude of Maps does away with this feature by just providing three new skirmish maps for you to play. While I did play through all three of them, and they definitely do add welcome new scenarios to enjoy, I don’t feel like it should have been a DLC on its own as there just didn’t seem to be enough to quite fill it out. 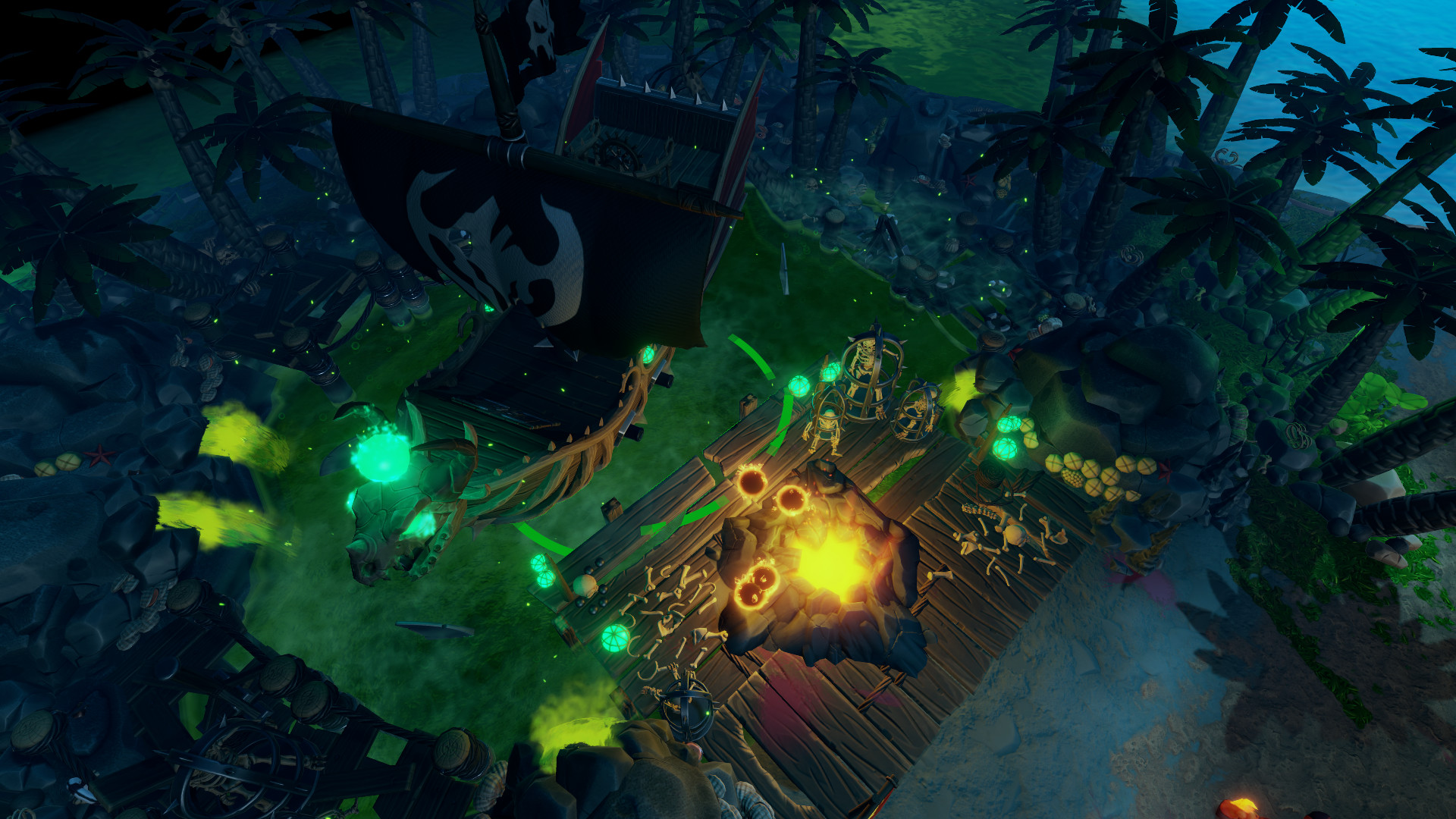 It does give you exactly what it advertises though, I didn’t go into this thinking I was getting new story but after playing it, it left me feeling a little sad that I didn’t get to hear any witty banter. A Multitude of Maps includes three skirmish maps with new challenges: The Summoning Stones, Corpses for the Mortuary Mountain and Re-burying the Golem. Each of the challenges is set on its own map and you will have a different experience playing each of them. They also give you a decent amount of playtime to complete each one. It doesn’t feel as rewarding to complete a skirmish map as it does a story map as it lacks the witty banter I mentioned earlier, but it still was enjoyable all the same. 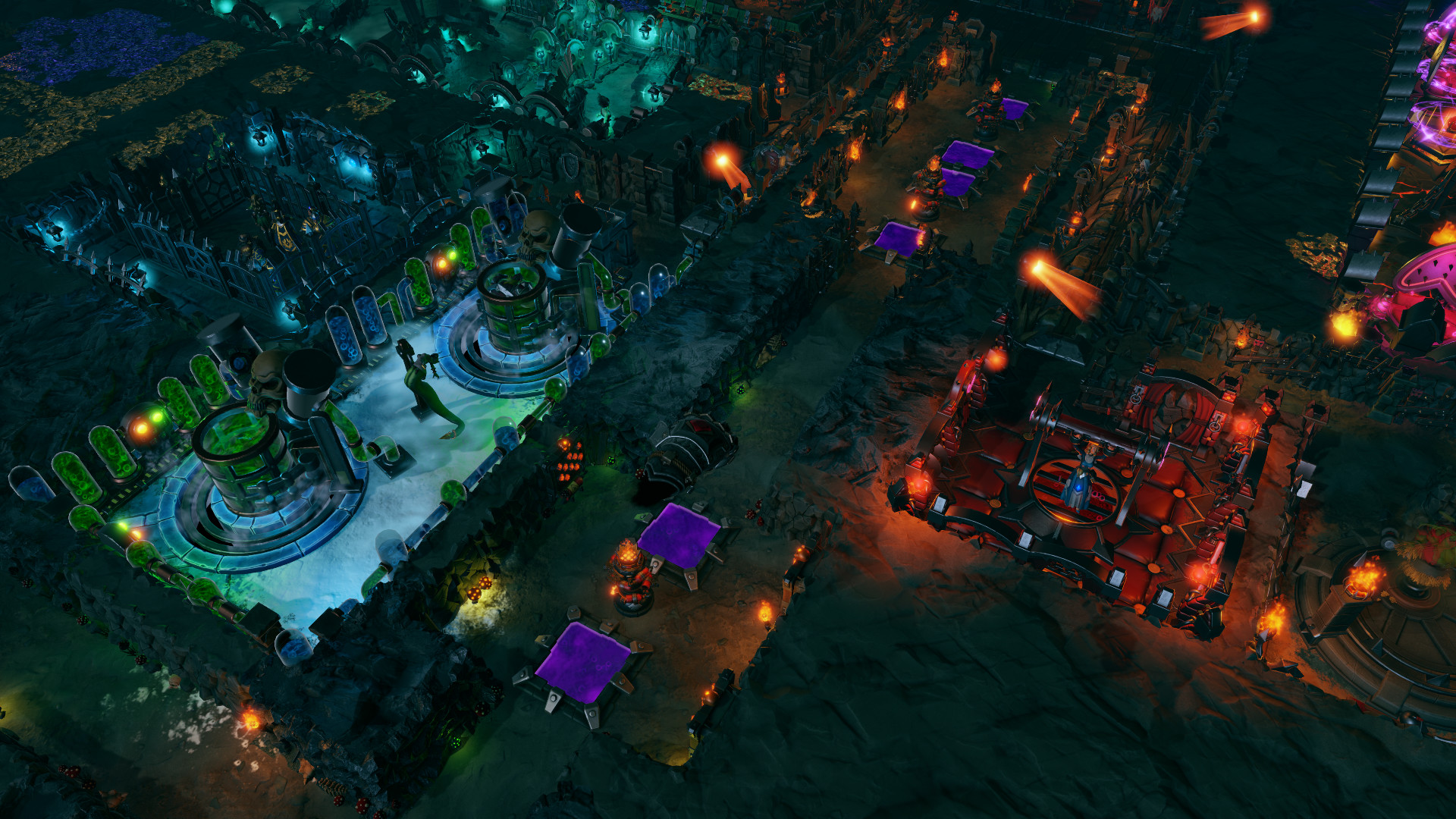 The basic idea for Summoning Stones is a rehash of your typical “capture the special areas”. Corpses for the Mortuary Mountain has you collecting the bodies of your enemies. Typically on a normal map I would either throw them in prison, torture them to join my cause or use their corpses to raise an undead army, but in this case, throwing them down pit works as well. It’s kind of like the sacrificial altar but as a plot device and without the reward. The last one Re-burying the Golem has you defending a golem and slowly escorting it through the overworld. You have to kill a bunch of enemies in order to entice the golem to move. It’s probably the most interesting of the three new Skirmish Maps. The further you progress the harder it gets to defend both your dungeon and the golem. Having to deal with points on the overworld and underworld at the same time is nothing new though. 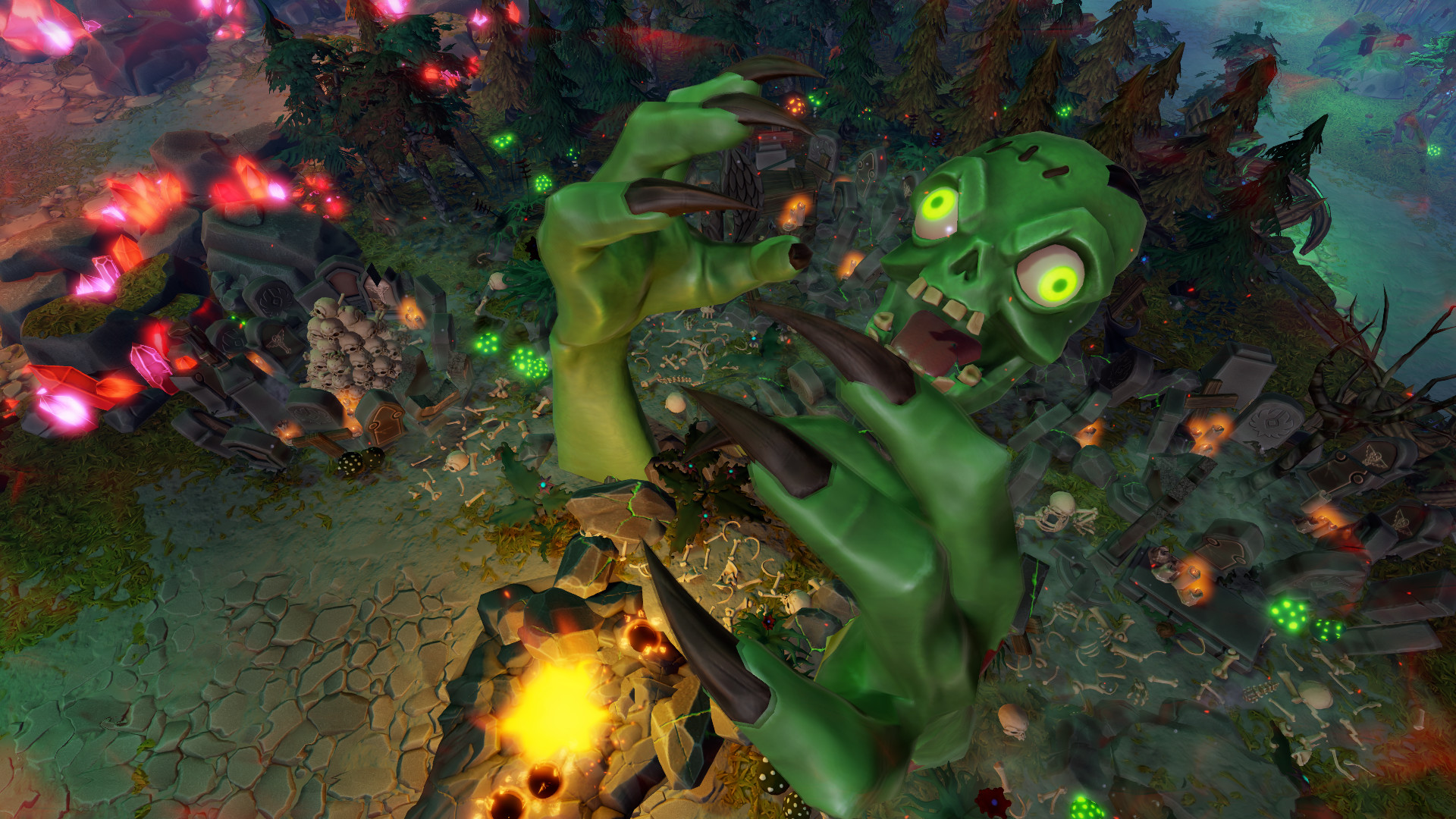 So, should you pick up Dungeons 3: A Multitude of Maps? If you are craving more skirmish scenarios because you are tired of all the ones that are already in the base game and previous DLCs, then sure it is likely worth it to pick it up. If you are looking forward to the comedic interplay of the Narrator and Thalya then it may be very disappointing to you as there is none of that to be had. Honestly, I have mixed feelings about it. The contents of the map pack don’t even feel all that new and it has the same price point as most of the story DLC while adding only three new skirmish scenario maps and nothing else. If there had been something else the DLC added I likely would have scored it higher, but as it feels like a little bit of a letdown, it is one that I will have to Save for Later. Sometimes a request for an encore is better left unanswered after the curtain has already closed.