An old-school style JRPG with some new approaches to the genre.

Trials of Guinevere is an old-school style JRPG. It features turn-based party combat and a narrative focus. Eighteen years ago, a brutal despotic warlord killed the country’s rightful ruler and took the reigns for himself. A small group of fighters and mages stood up to him and managed to save the country, and for eighteen years there was prosperity and peace. However, the peace time is about to be over and some deep-seated ancient evil is about to be involved in it. Sounds like a very stereotypical plot of fantasy JRPGs, right? Well, it starts out that way at least, but the further into the game we go, the more and more of the game’s own personality starts to shine through… 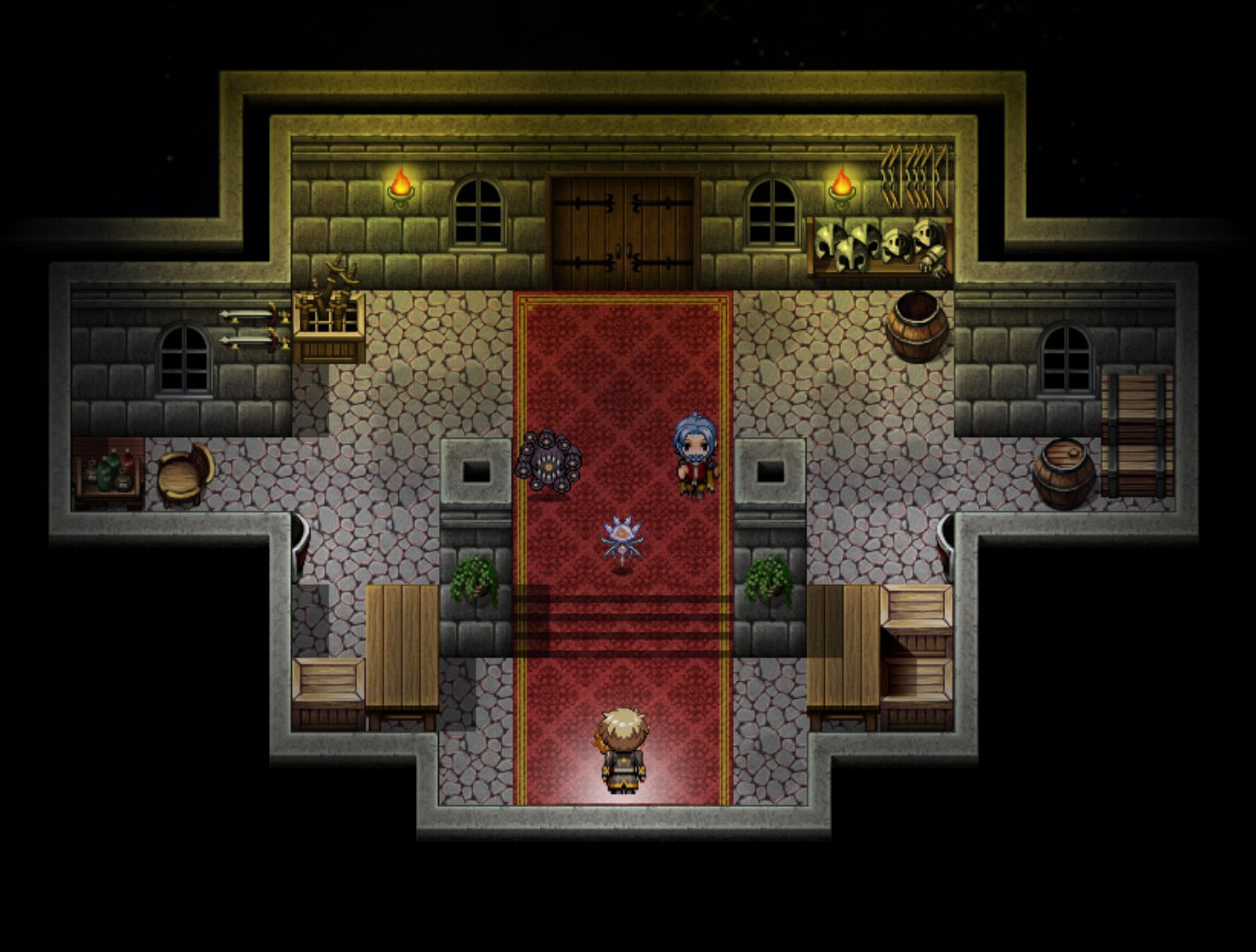 It starts off like any other JRPG. We are in a magic academy and are following a small group of teenage protagonists seemingly of rather archetypical personalities. But then gradually mysteries start to appear one by one and the game’s rich lore starts to show itself, and by the middle of act 1 the conflict goes up to 11. The game is mainly broken down into 3 acts, with the first act following the events at the academy, the second one following one of the royal guardians, and the third one joins the characters from both and leads to the main climax.

The pacing of the story is done really well for the most part. Each scene flows nicely into the next with virtually no filler content. There is lots of action and the climax develops very nicely throughout the entire plot. There are twists and turns and even new takes on the all too familiar high fantasy concepts. Perhaps only the early parts of the game might seem a bit slow to kick-off and could put some people off before they get to the good parts, but once you get past that, the events will grab you and keep you coming back.

There is a great number of memorable characters here, all having their own personality, motivations, and backstory. Even most of the minor characters have distinct personalities and can be memorable. The banter between the characters can sometimes drag on in some scenes, but otherwise there is a good chemistry between the characters, and it’s even possible to see what motivates the antagonists too. The lore of the in-game’s world has also been developed up to finer details and has had a lot of thought put into. With how much of it has been developed, I think the dev can easily make more games in this setting in the future. 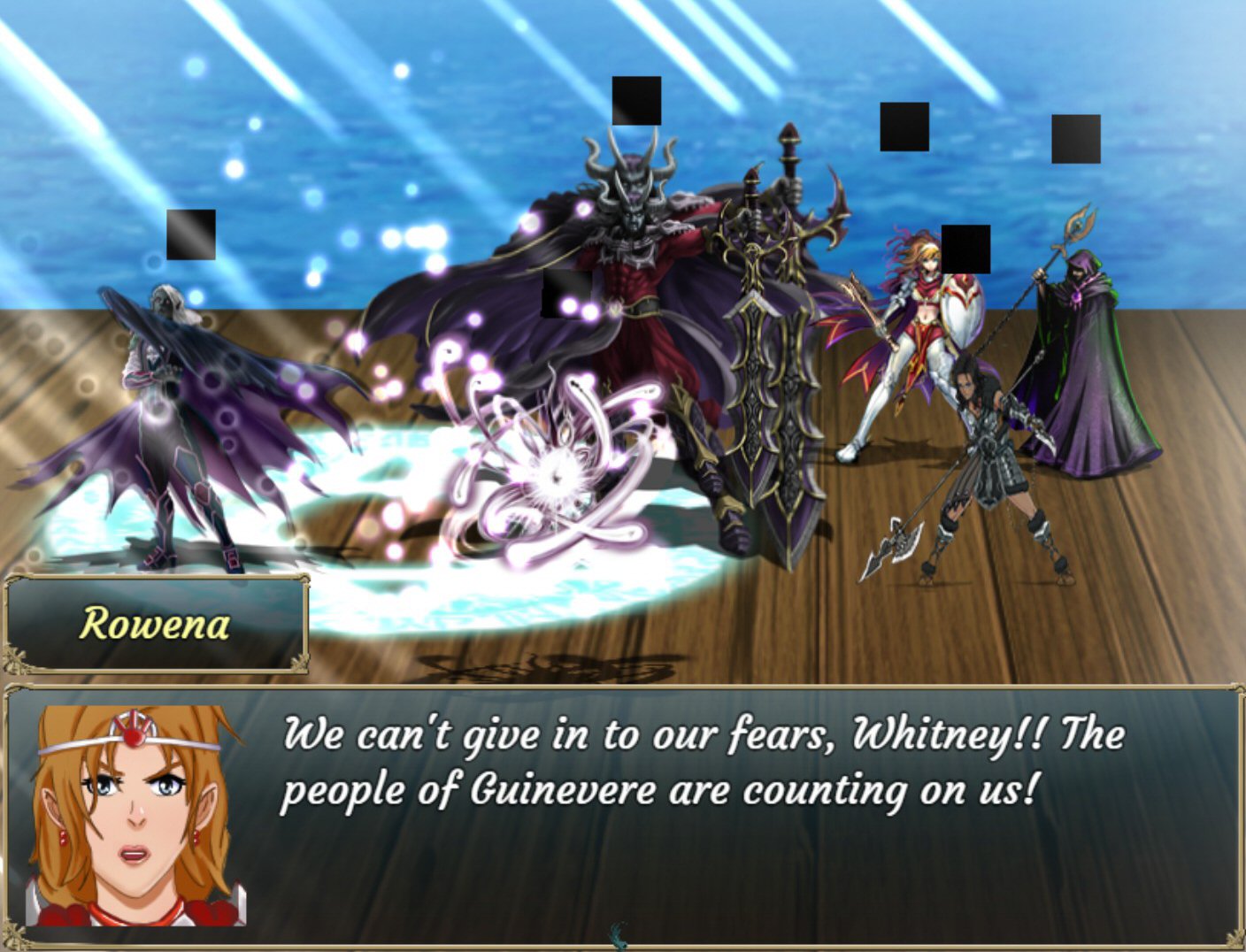 Although looks like a standard JRPG on the surface, we can very quickly see that many of the common and overused gameplay mechanics of standard JRPGs have been excluded. There’s no levelling up in a traditional sense and no random encounters, which also means no grinding. Character growth only includes power levels up to 3, which unlock new skills and these only occur at specific parts of the story. Every encounter is a map encounter, akin to Chrono Trigger, where you can see the enemies before coming to face them.

There’s also no world map. In that sense, the game stays close to its central plot and does not deviate into side quests, and everything happens within the confines of the specific locations where the story takes place. I believe this was good for the game’s overall pacing and added some realism, that the heroes are going where they need to go right away due to the urgency of the situation rather than spending hours drinking booze in taverns or fighting in an arena while the world is in danger.

The biggest gameplay elements here are the turn-based combat and the choices during dialogue.

The turn-based combat follows a pretty standard formula but is pulled off very strategically, with each character having their own unique abilities, and each ability existing for a reason rather than just to be a filler. So, you’re likely to find yourself making use of every skill at some point. Some of the skills are treated as free actions and do not cause the character’s turn to be used up, and it’s important to make use of these at the correct times as they can be a great help. State effects also come into play and can influence the battles by a large degree. There is a very good synergy in most fights between the party members. At the end of each fight, the team is fully restored, which means we don’t need to waste time on healing characters or saving up energy for later. This allows us to make the best use of every ability we’ve got when in battle and to go all out, and it saves us up on doing the tedious clean up after the fights. 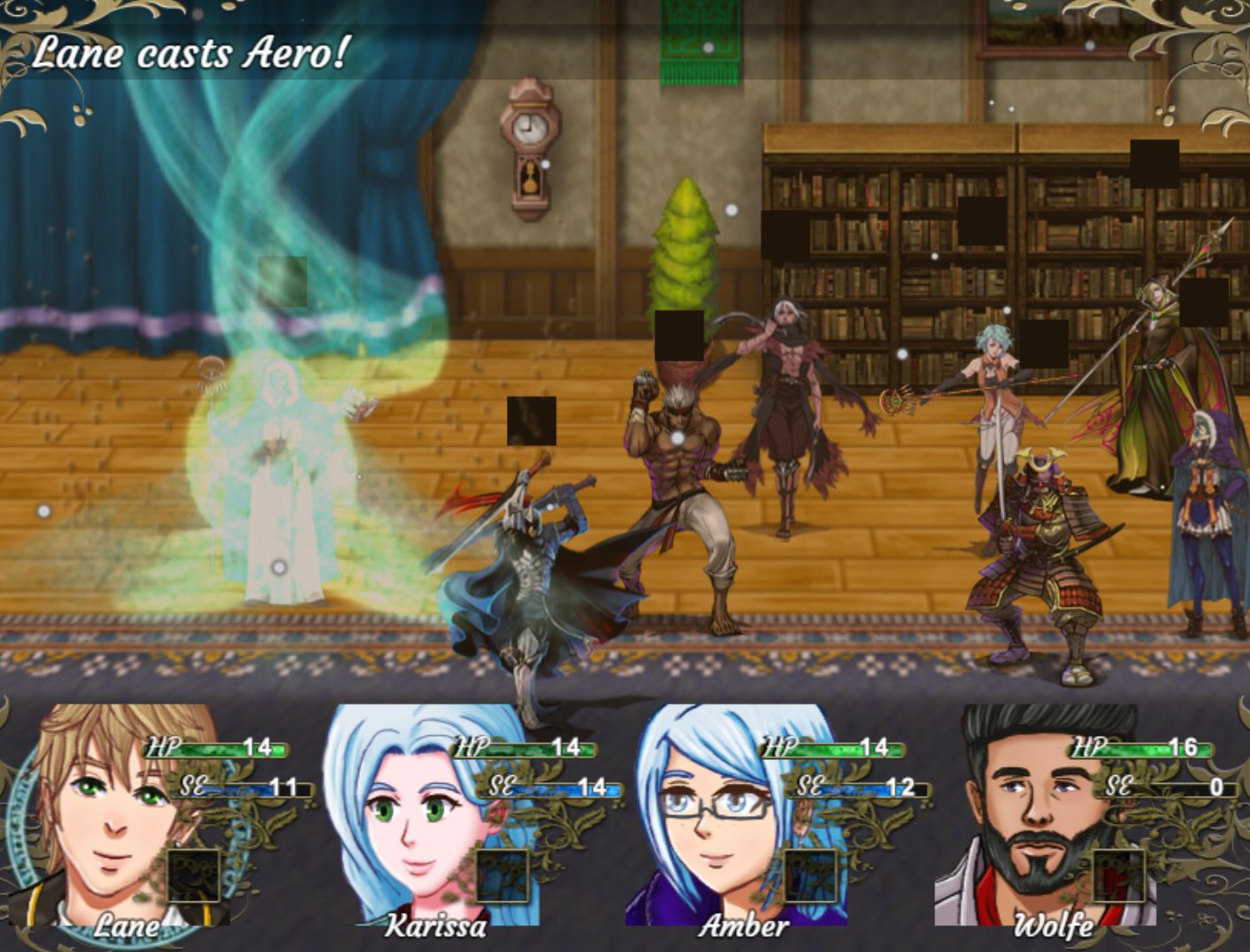 The choices during the dialogues and during action scenes all help to shape up the outcomes later in the game. So there’s a fair bit of choice and consequence in the narrative here, which is something that I personally always welcome. The choices here might not have a big impact on the overall story and its resolution, but they affect every major character’s fate at the end, and that provides some replay value.

As with most RPGs, there are occasional puzzles present here too. They’re not particularly complex and do not ruin the pacing. Most of them involve things such as finding switches or keys for a door or navigating an occasional maze. A few of them require us to remember important parts of the lore (though the game has a glossary to refer to in case we forget any of it). 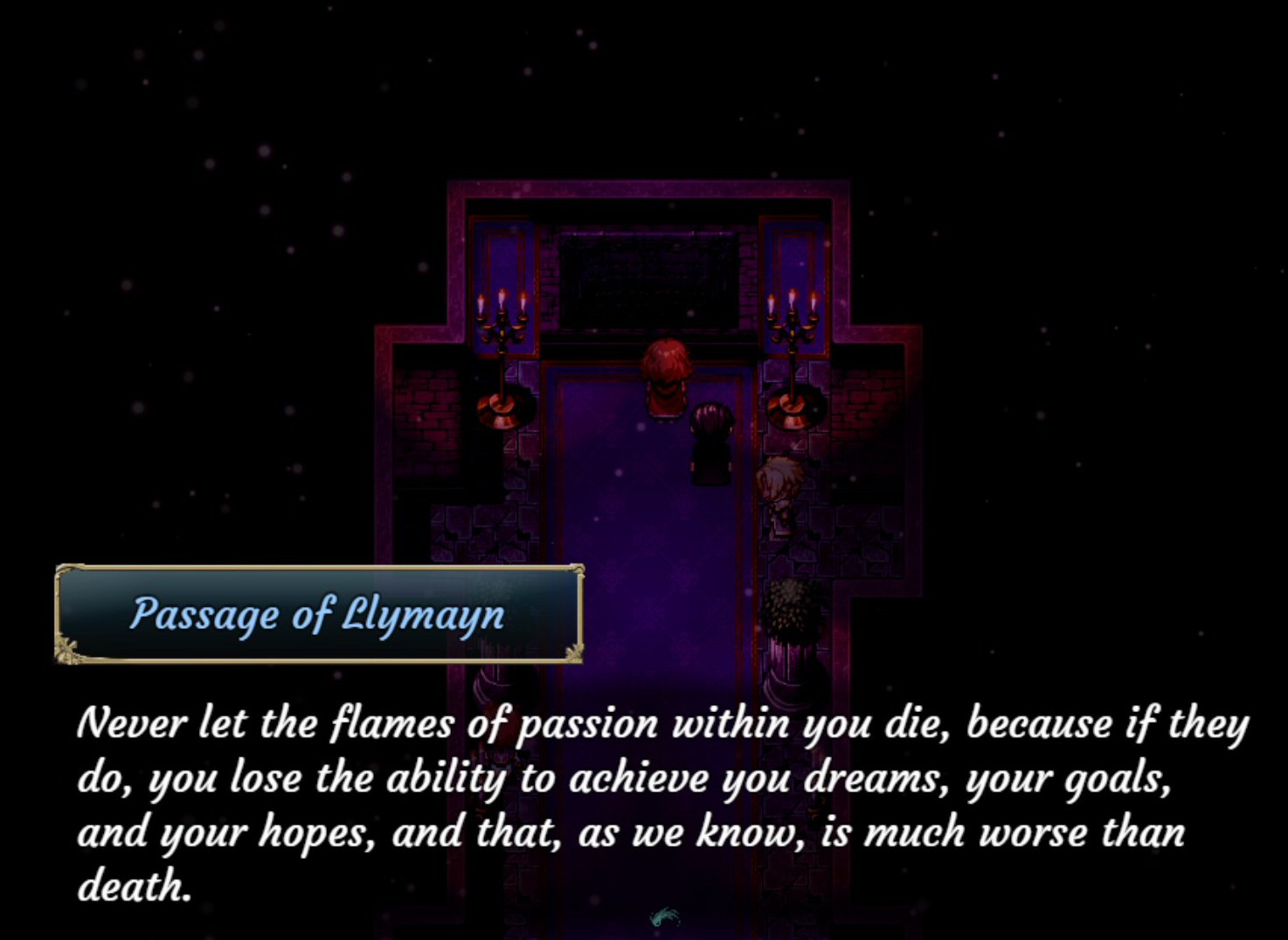 The visuals look very much like traditional 2D JRPGs. Simple character sprites, top-down view, and so on. Although there are some nice visual effects in a lot of places, such as magical lights in the environments and character auras in battles.

The UI is clear and pleasing to look at, both in the menus and in battles. Although sometimes in battles it can be unclear what state effect some of the icons mean, so in that regard it could be confusing for the players.

The music is generally great and fits the mood of each scene. The action and battle tracks especially are all very epic and amplify the intensity of the combat very well. 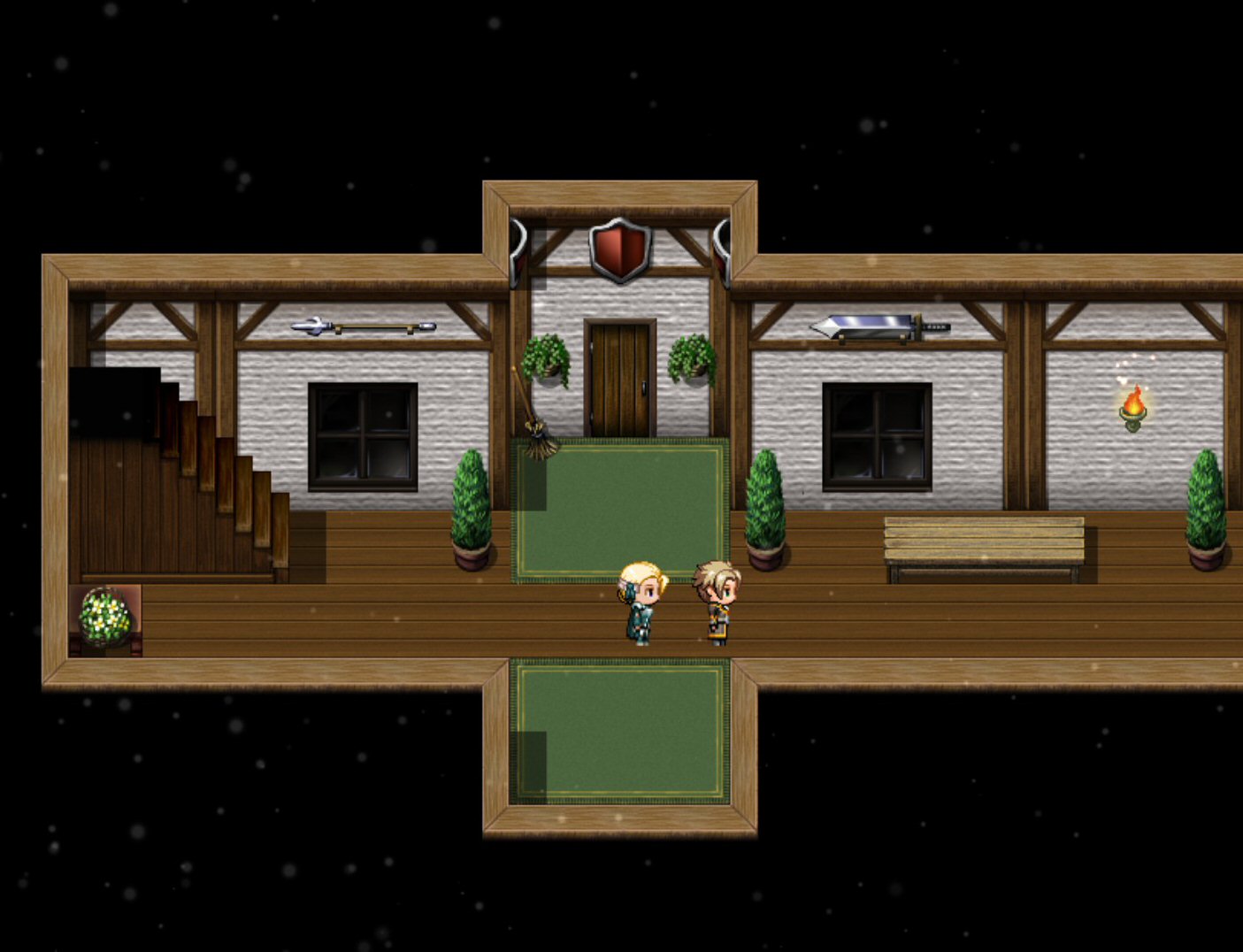 I was pleasantly surprised by this game. Although it was made in the same style as old-school 2D JRPGs, it separated itself from most of them by abandoning tired old clichés and adding its own spin on things. It focuses on keeping the plot finely-paced without dragging on for more than necessary and on giving each character a reason to exist in the game while at the same time making sure to keep the combat mechanics fun and strategic. A good game to look into if you at least remotely enjoy JRPGs or story-driven games with turn-based combat.