On your next rainy day, maybe consider picking up Palmyra Orphanage, a ghost story of a missing brother, dead children, and a morally bankrupt and financially ruined orphanage.

Palmyra Orphanage is a cozy ghost horror best left for a rainy day. This game about two brothers who get separated at the Palmyra Orphanage after the protagonist gets adopted, and his brother does not. The brother who remained lived to see the orphanage struggle ethically and financially with the collapse of the Soviet Union and the fever of nineties. Until now, you thought your brother dead, but recently, you have finally found a clue about the location of your missing brother. To find out more, you will have to walk through the corridors of your childhood and unearth the true mystery of the orphanage. 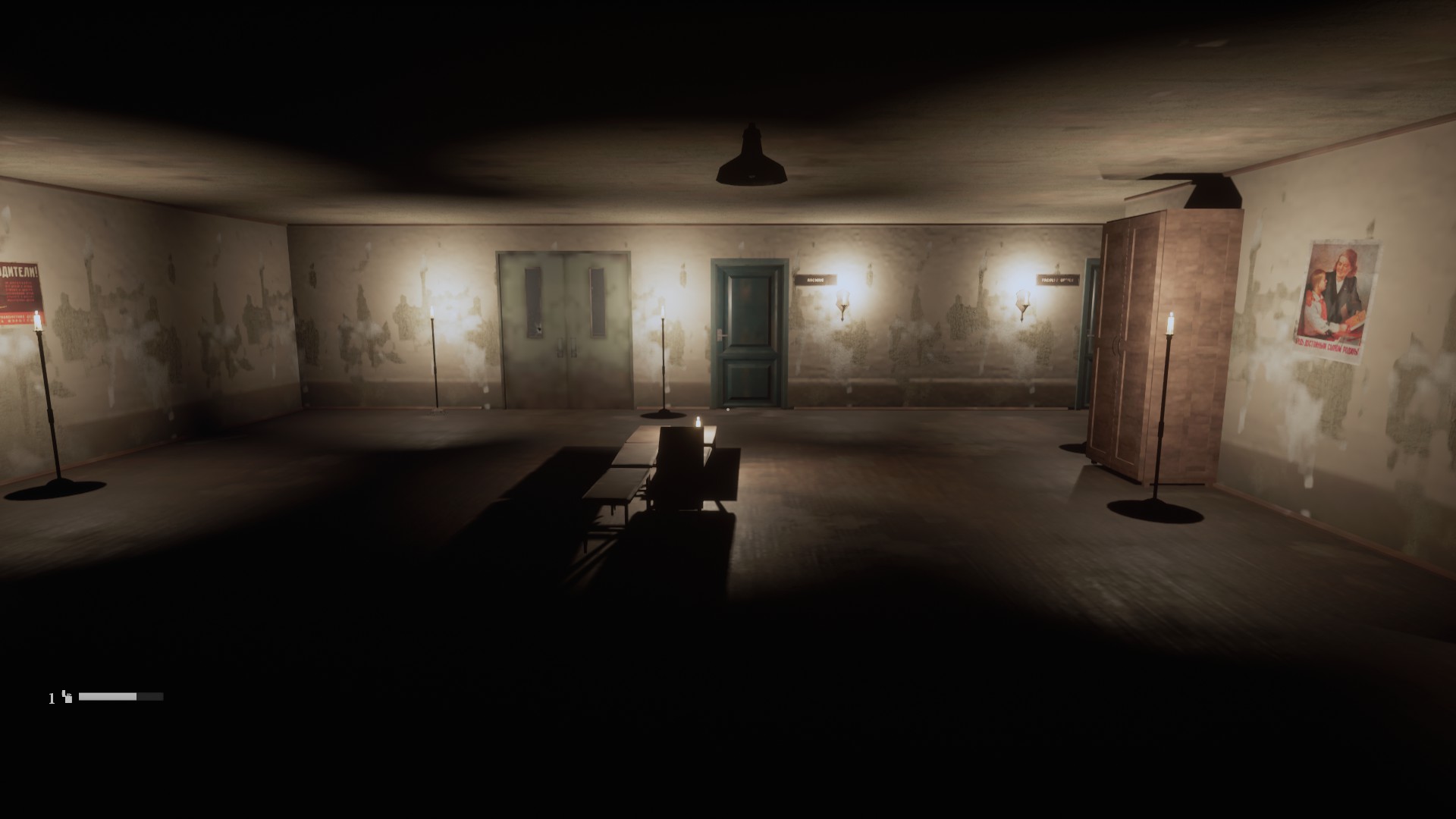 Analysis: The Good and The Bad

Equipped with a sturdy platinum zippo, the gameplay in Palmyra Orphanage consists mainly of exploration, item collection, stealth, hiding, and puzzle-solving. There is a strong sense of fear in this game because it is grounded in a locale that is generally considered creepy: an abandoned orphanage. This fear is undermined by certain technical and design choices I will explain shortly, but nevertheless the dark lit hallways, the ominous children’s cries, the unlit candles, the creaking of opening and closing doors – these all work to generate an overall ominous atmosphere.

The level design is arguably one of the best qualities of Palmyra Orphanage. The protagonist explores various settings – an indoor swimming pool, a dining room, bathrooms, and bedrooms, among other haunted crawlspaces – and they are effectively messy with books, upside down chairs, shabby photos, children’s drawings and other spooky props. At times, these locales become surreal as the protagonist is transported to a paranormal alternate dimension where vengeful spirits try to harm him. Here, the lighting becomes red, blood splatters across the walls, and the visuals purposefully glitch. 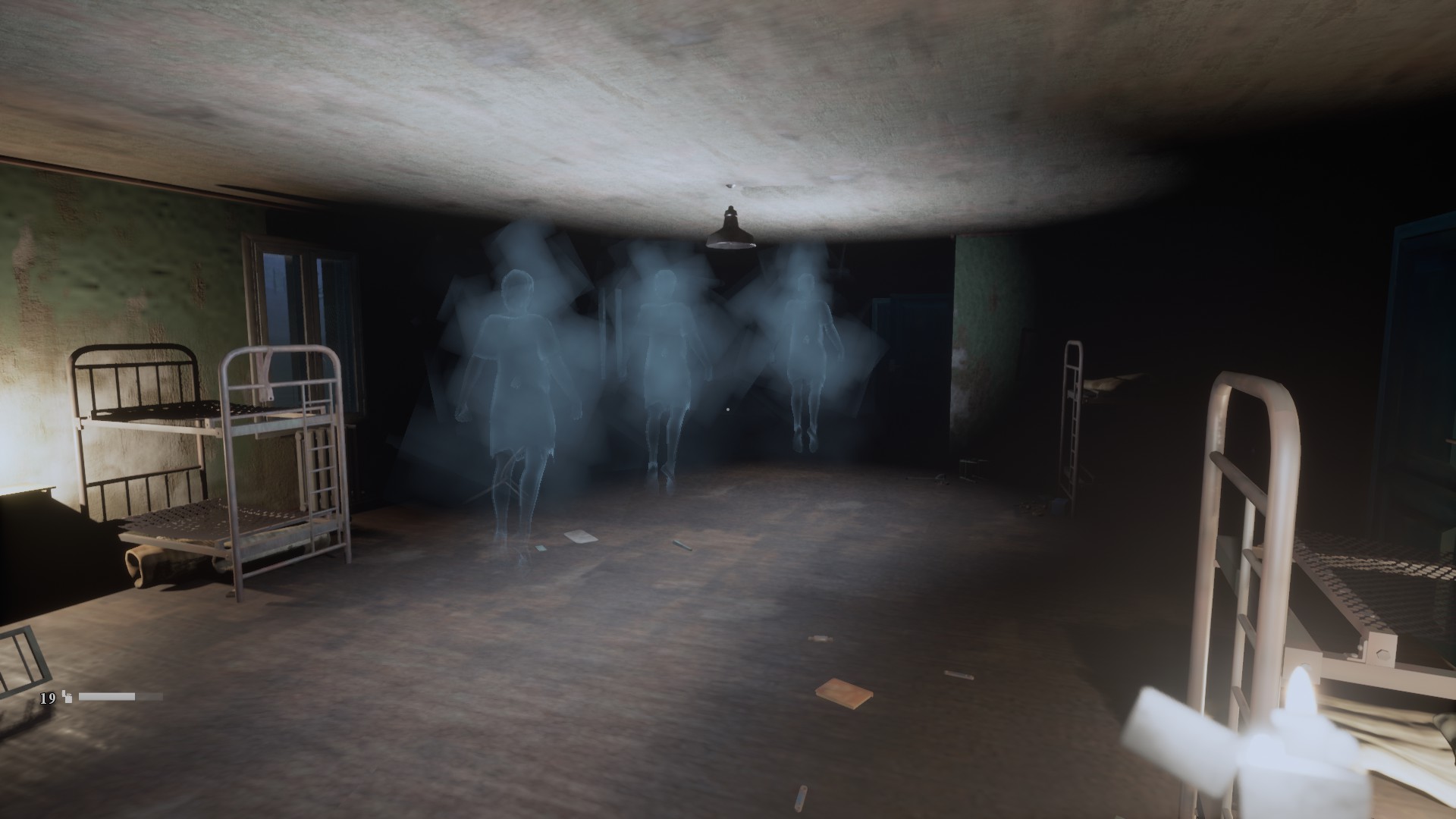 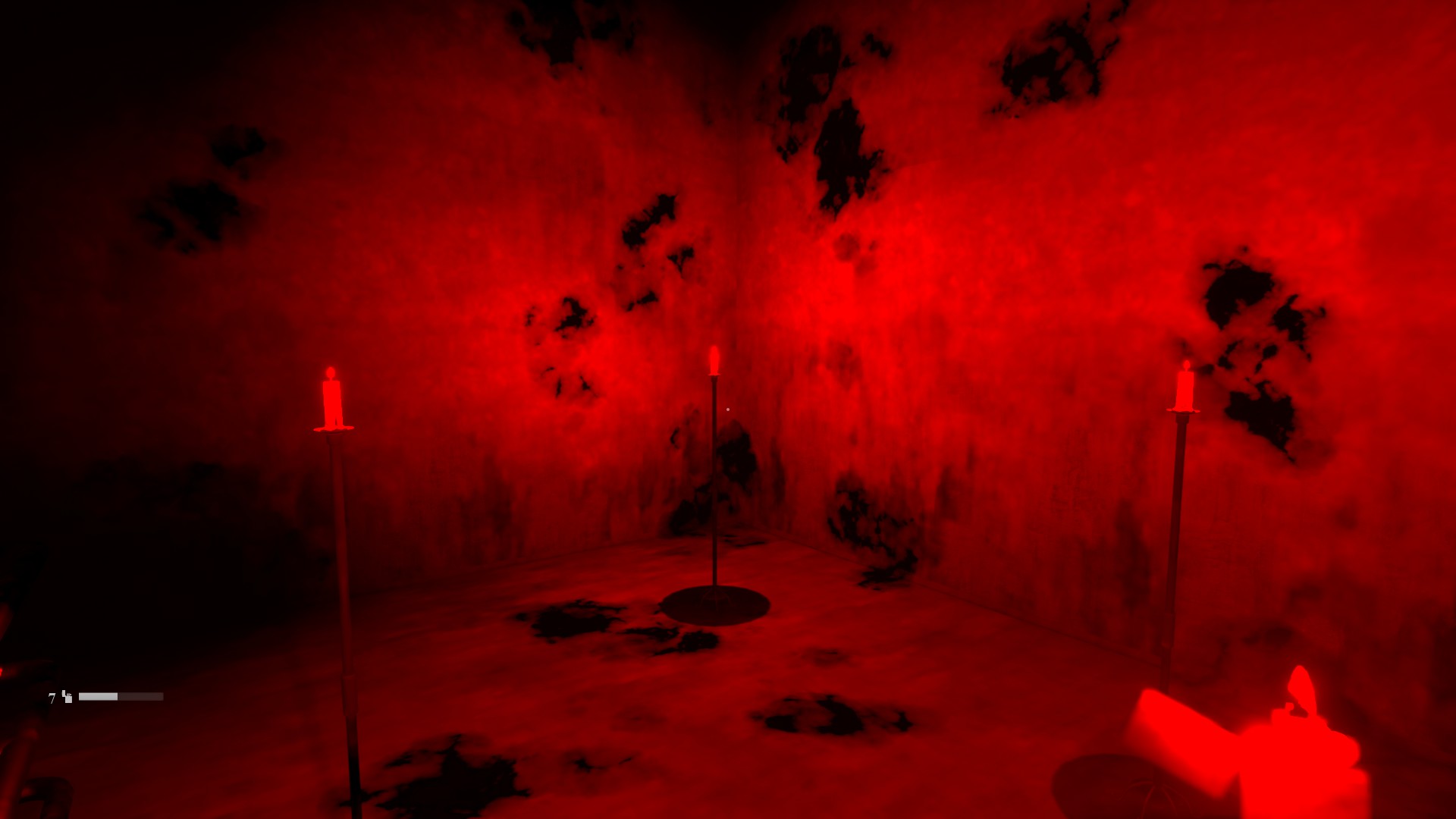 Even though Palmyra Orphanage’s fear is grounded in a strong sense of place, it is at the same time undermined by the poor use of jump scares. Throughout the game, there will be a series of jump scares, some expected and some unexpected, that will startle or scare you. These seem cheap because they do not further the narrative, or develop character, or even form part of the environmental design. Instead, they are largely just random ‘ghost faces’ that rise up accompanied by loud shrieks. Moreover, the texture models for these jump scare ghosts, and for the rest of the haunted cast, seem silly and underdeveloped. Instead of completely startling me or horrifying me like a jump scare should do, they just made me laugh and (de)suspend my disbelief.

Palmyra Orphanage runs like a stereotypical B-horror movie. It has enough positive qualities that make it an entertaining, spooky, and cozy video game experience. But at the same time, Palmyra Orphanage relies too much on jump scares, has questionable design for its enemies and overall texture modules, and is plagued with poorly written, distracting anti-Soviet/Russian propaganda. To its credit, the puzzles here are not only haunted, but not so easily solved if you are not paying attention to the items you are collecting. So, as mentioned, on your next rainy day, maybe consider picking up Palmyra Orphanage, a ghost story of a missing brother, dead children, and a morally bankrupt and financially ruined orphanage