What if I told you that mythological creatures were, in fact, real? I wouldn’t blame you if you automatically thought no way, but for Laura Silver, they very much are. Set in Czechoslovakia during 1935, you play as a paranoid and insomniac detective named Laura Silver. Joined by Orewell Cooper, a former police officer, they’re sent Pilsen to investigate a mythical water beast known as a Vodnik. The Vodnik is only one on Laura’s list, which came from a mysterious being that grants wishes, and the sooner Laura gets through it the better.

If you know nothing about what a Vodnik is, or Slavic mythology in general, no need to worry. Laura Silver recites the story of how the Vodnik you’re looking for came face to face with two fishermen. This encounter was, sadly, deadly for one while the other survived to tell the tale. Once Laura and Orewell arrive at the hotel they’ll be staying at, they get some more information on the Vodnik from Skoda. Skoda isn’t too happy to see both you here there, after all, he could have easily taken care of the Vodnik himself, but there’s nothing he can do. 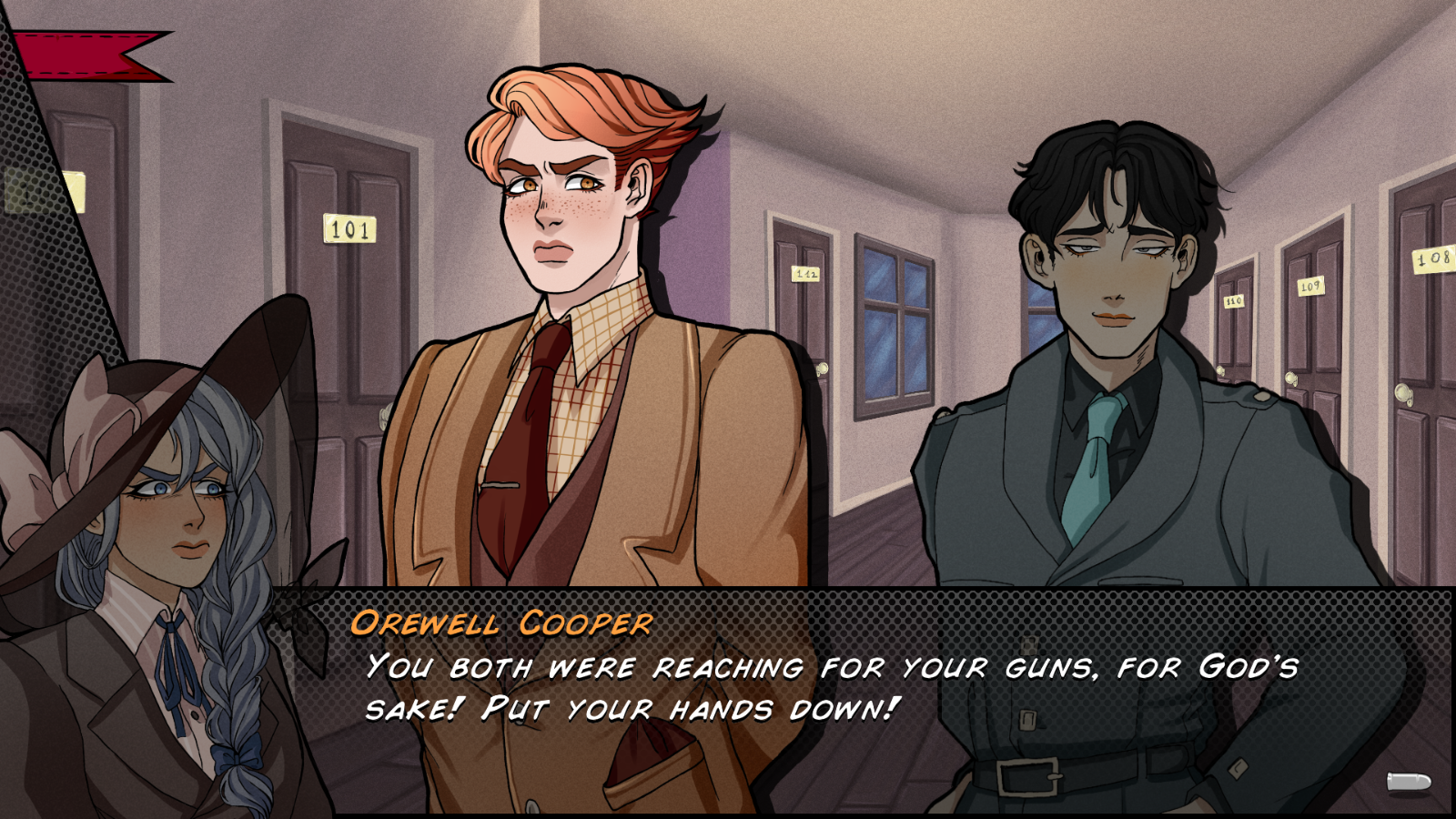 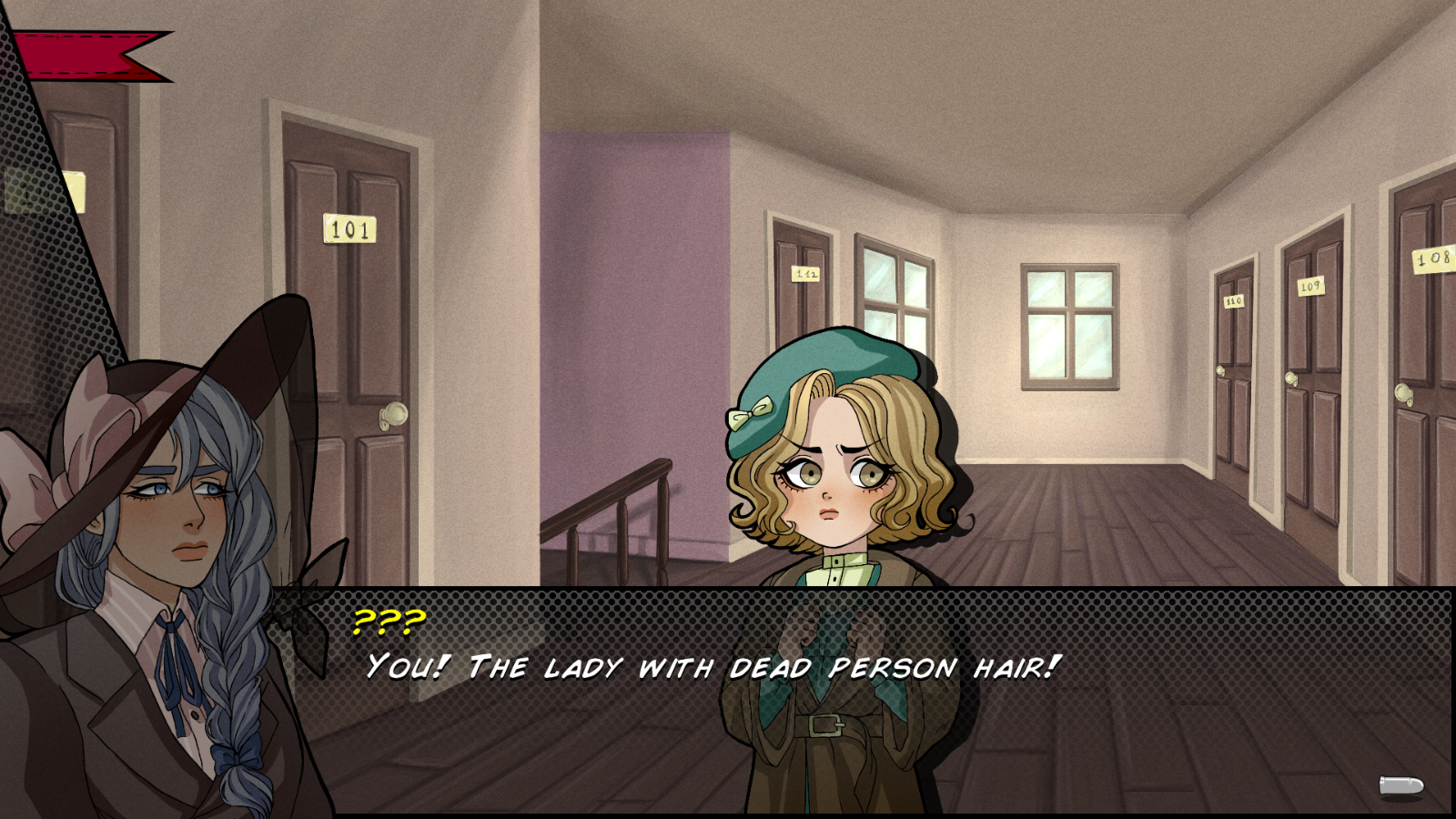 While you won’t get to spend much time with all the characters, each character has a distinct personality. You have Laura who is paranoid to the point where she’ll get the urge to draw her gun at any threat (whether it was intended to be or not) to a little girl who makes assumptions based on how suspicious someone looks. You’ll get some pretty entertaining sections as you watch everyone’s personalities clash with each other.

Apart from the expected “inspect the room/crime scene”, there are two minigames here. One is for interrogations, which is first used as a game to introduce you to it. If you’re savvy enough, you’ll come across it again to try and get your suspect to crack. The other minigame is called Train of Thought, or the murder minigame as it’s called in the achievements. This only shows up when you’re on the right track for the true ending and will have you arrange a series of events in the correct order. If you’ve ever played Danganronpa, it’s like the Closing Argument minigame, but you’re only arranging events five at a time and has you move statements instead of pictures to the right slot. You can get Laura’s thoughts on each if you want, but only some are actually needed. In the end, Laura Silver will recite it alongside comic visuals. 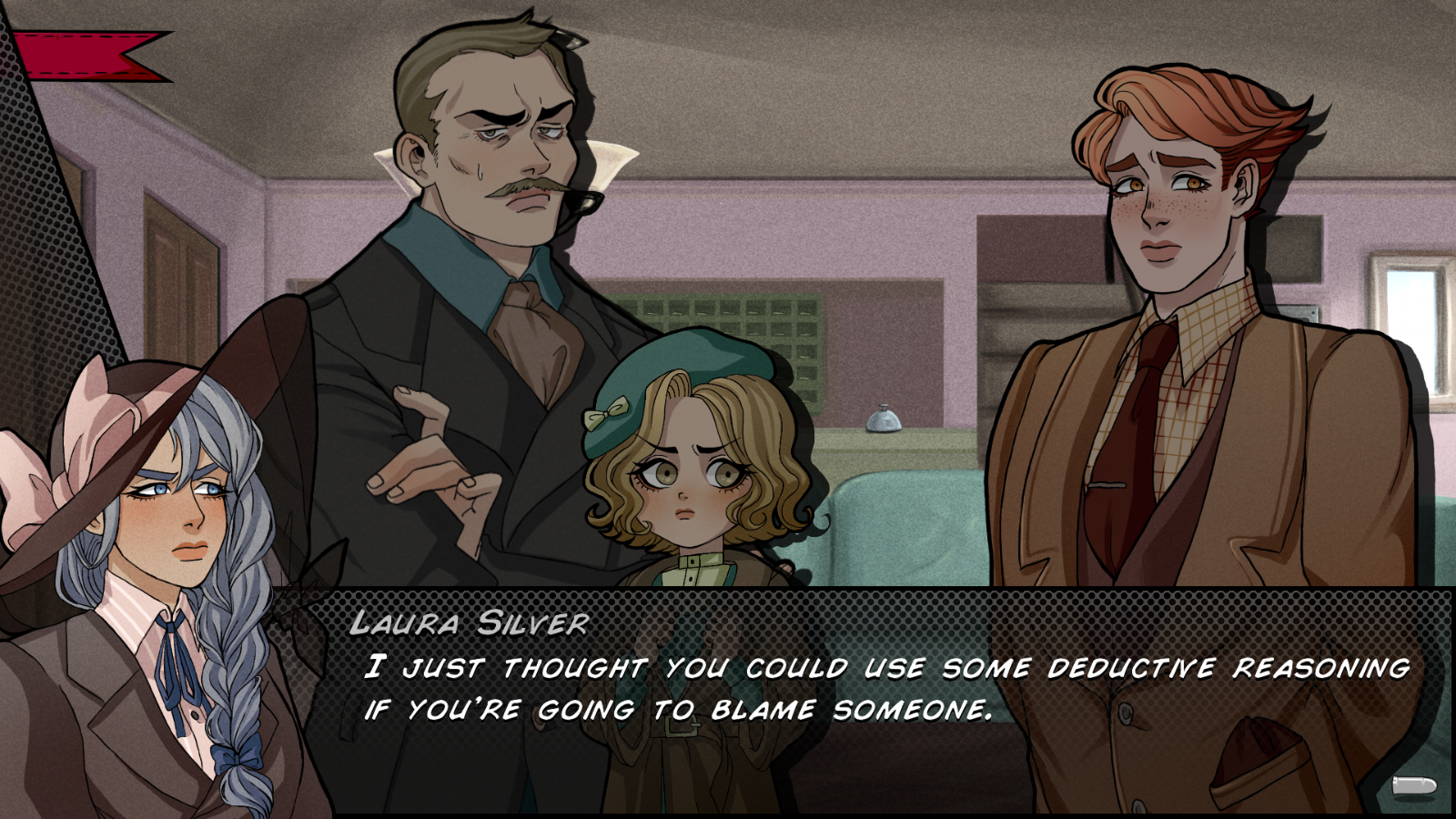 There are some minor problems Misadventures of Laura Silver has. I often found that the backlog wouldn’t open for me and it was often when I accidentally skipped over some dialogue. When I would also instinctively scroll up, thinking it would go back to the previous line, it would break the game most of the time (or work for a bit and then break). It would only advance the text, have the text disappear, and disable clicking (with only the character portraits lighting up). The only way to fix it was to reload a previous save or, if that didn’t work, exiting to the main menu and going back in.

I should also mention that there is no skip option, but setting the auto mode to max speed is serviceable enough. Just make sure to put it back to manual when you get to a decision you haven’t done yet so you won’t miss any new dialogue.

Misadventures of Laura Silver: Chapter 1 is the kind of game where you should get all the endings. Or at least the two endings where you live. Both have a different outcome, but only one is the true ending (and from what I’m guessing is what the following chapters will assume you achieved). While the case presented in this chapter isn’t particularly hard, I do like how it was presented. Both possibilities do make sense when looking back, but only one makes use of every clue. The bad ending even made me reconsider my original suspicion until realizing that I still had another ending to get.

The true ending also gives us a little teaser on the next creature on Laura’s list. Of course, you can also take a peek at the next chapter’s store page if you’re curious enough. 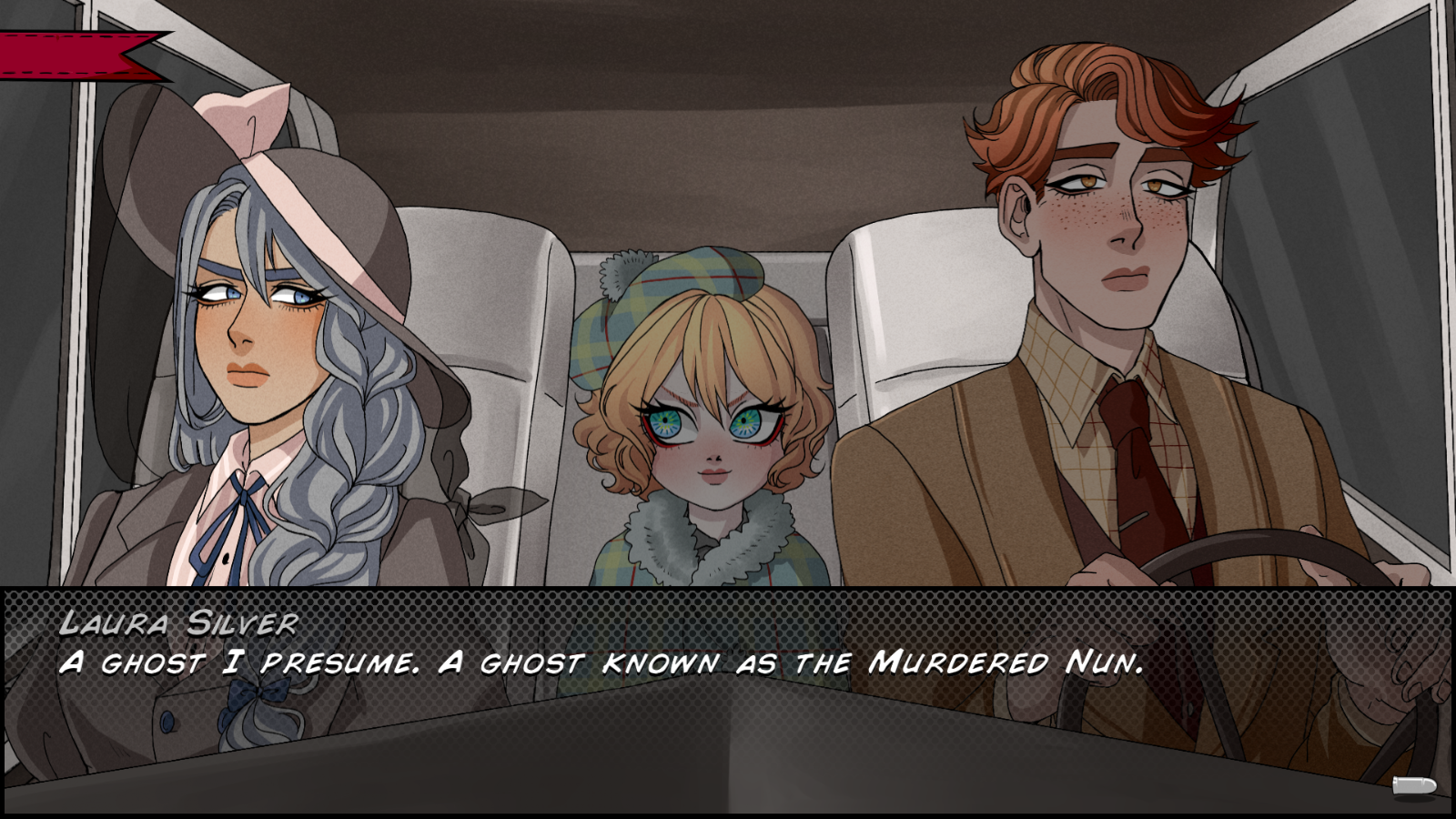 While Misadventures of Laura Silver: Chapter 1 won’t exactly grip you, the story and the characters are interesting enough to keep you going. Not to mention the unique artwork that honestly was the main reason why I was interested in playing this (I particularly like how the eyes are drawn).

For those wondering how the chapters will go, it looks like each one will definitely finish the investigation (so no cliffhangers for this), but there is an overarching plot and mystery that may be revealed over time. You can’t hide your secret forever Laura Silver. After all, we are in your head.