Dripping with Lynchian style and a captivating mood, Paratopic is a welcome new addition to the underrepresented genre of psychological horror in interactive storytelling. Though a quick game overall, the game’s hidden secrets and ambiguous story make for an indie experience with a great deal of replayability.

Welcome to the past

The most important point to be made about Paratopic is that it does an excellent job in terms of atmosphere and style. By using low-poly graphics and grainy textures, the game manages to evoke a sense of the ’90s, which largely matches the game’s universe. This does more than you might imagine, as it adds a sense of immersion, with one notable example being that several of the major plot points revolve around the in-game prevalence of illicit VHS tapes.

If you’re old enough to remember what cutting edge games looked like the last time VHS tapes were a hot commodity, it’d be hard to miss that all these things match. From there, it doesn’t take much imagination to flesh out the sense of an alternate era where things were a bit darker. 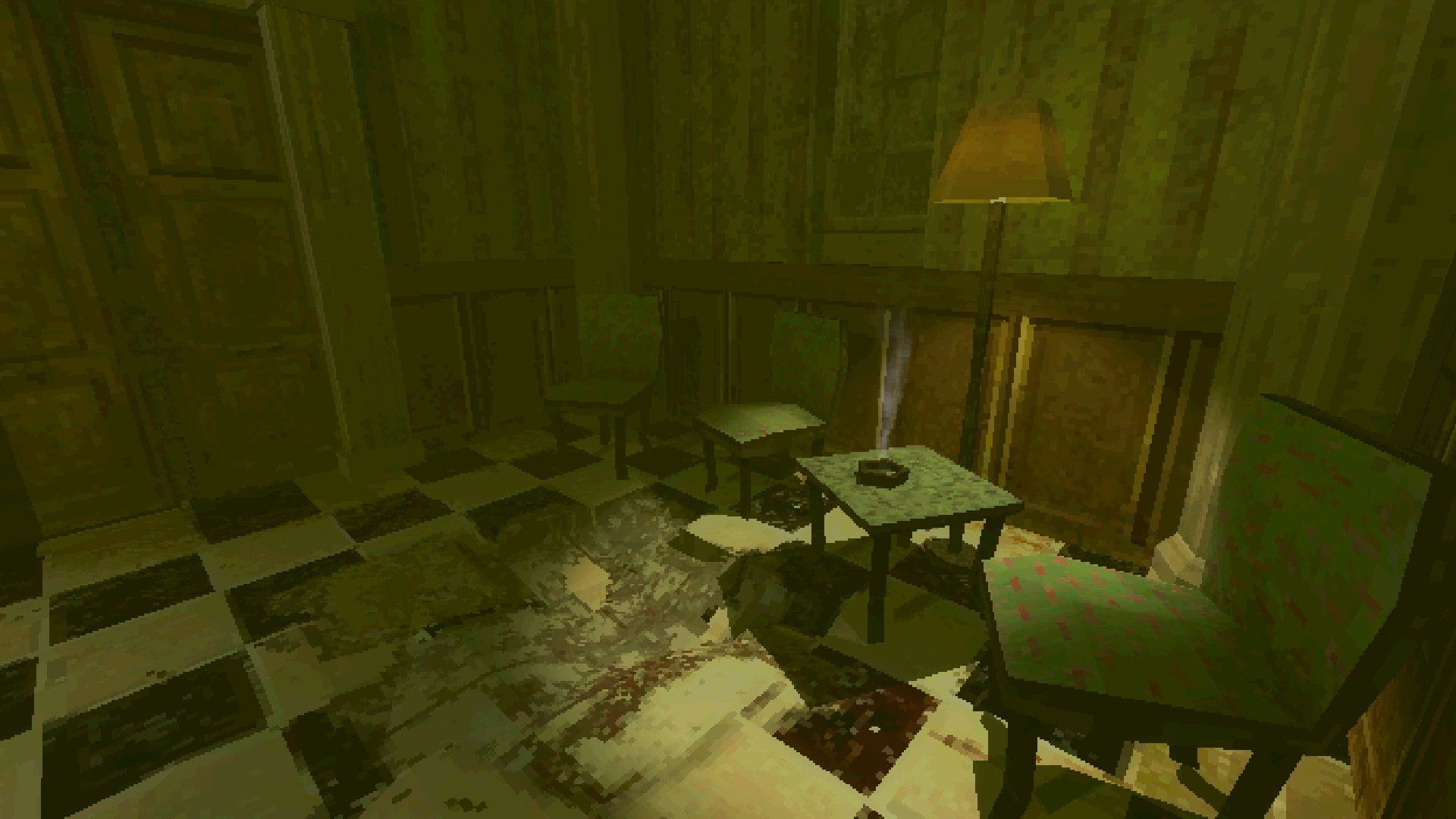 In terms of storytelling, the game fills the need for innovative psychological horror using a notably Lynchian style. The game is strongly reminiscent of “Twin Peaks” in almost every way, excepting that the show’s frequent tone changes to comforting ideas like delicious pie and coffee have been removed. Instead, the game’s mood never gets warmer than “eerie.” 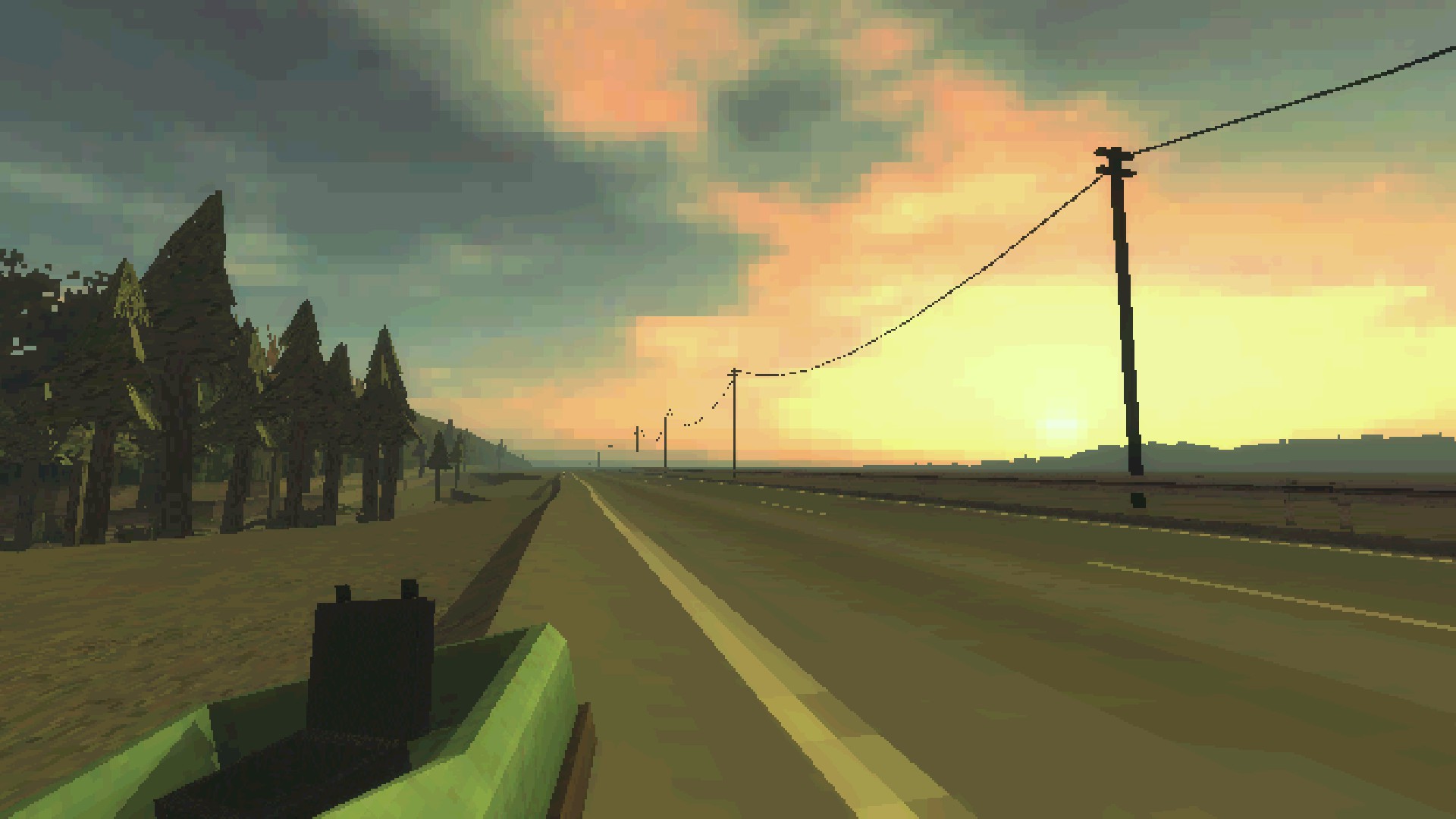 In terms of execution, the game makes some peculiar choices that stand out in that they manage to work. Spacing out some of the more action-oriented scenes, the game features several sequences of driving through abandoned roads snaking through a dimly-lit city. Though these segments arguably fail to advance the story at all, they serve as a surprisingly effective method of pacing the story and refreshing the tone between sections. 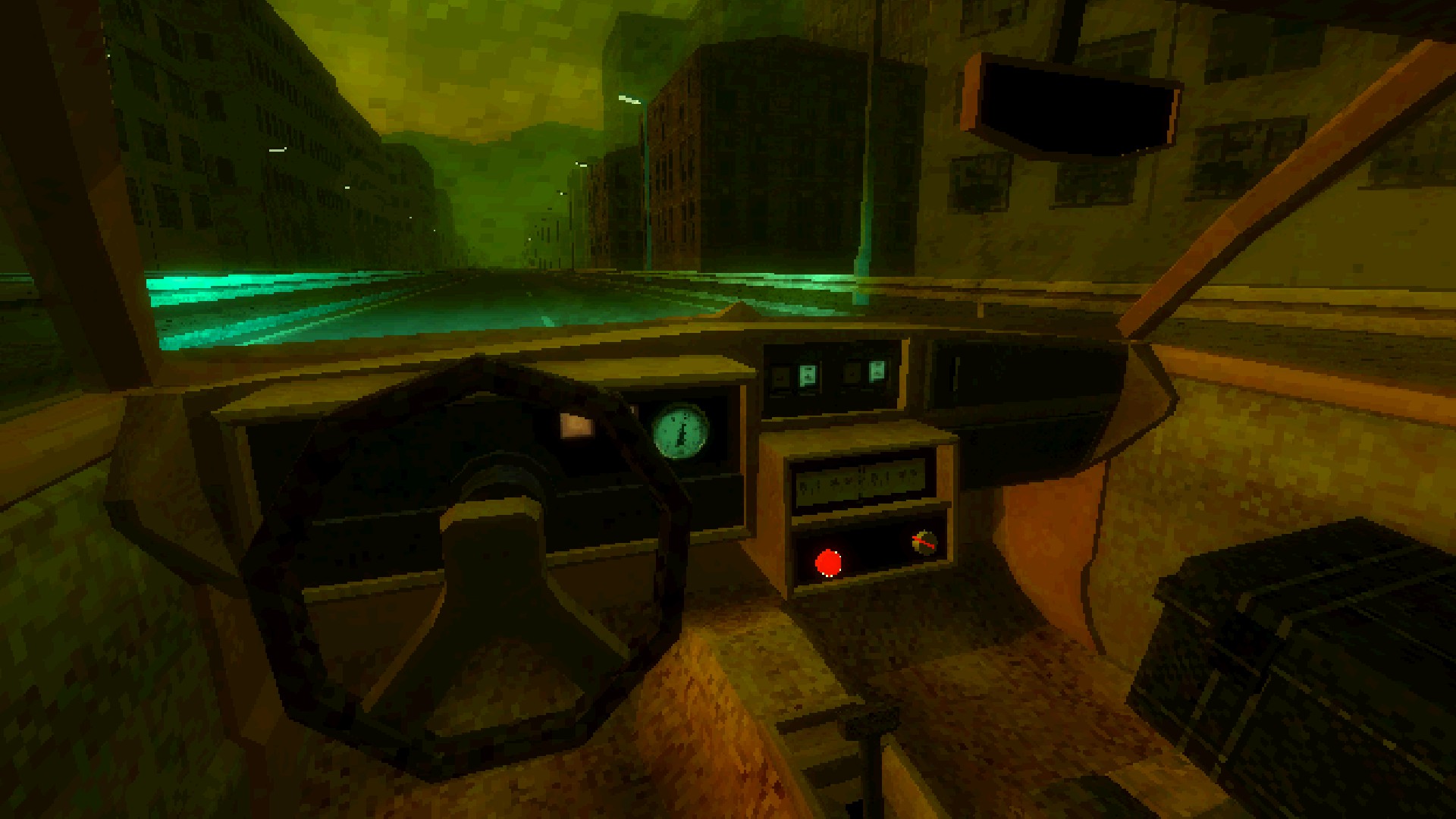 Playing the game, it is remarkably easy to separate the game’s tone and atmosphere from the game’s overall plot. Again, this separation is a welcome, Lynchian peculiarity, but comes at the cost of a large degree of plot incoherence that may not be considered welcome by all players. To choose an example that’s largely free of spoilers, a fairly simple question you might ask is how many distinct characters you play as over the course of the game. Reading other people’s reactions to the game, I see that the most common answer to this is “three,” but I find myself unconvinced that that’s true. I can see why the other players would suspect as much, but I thought the story implied that there were only two playable characters, with the presence or absence of certain accessories in a given scene hinting at who you are or were playing as for each given scene. 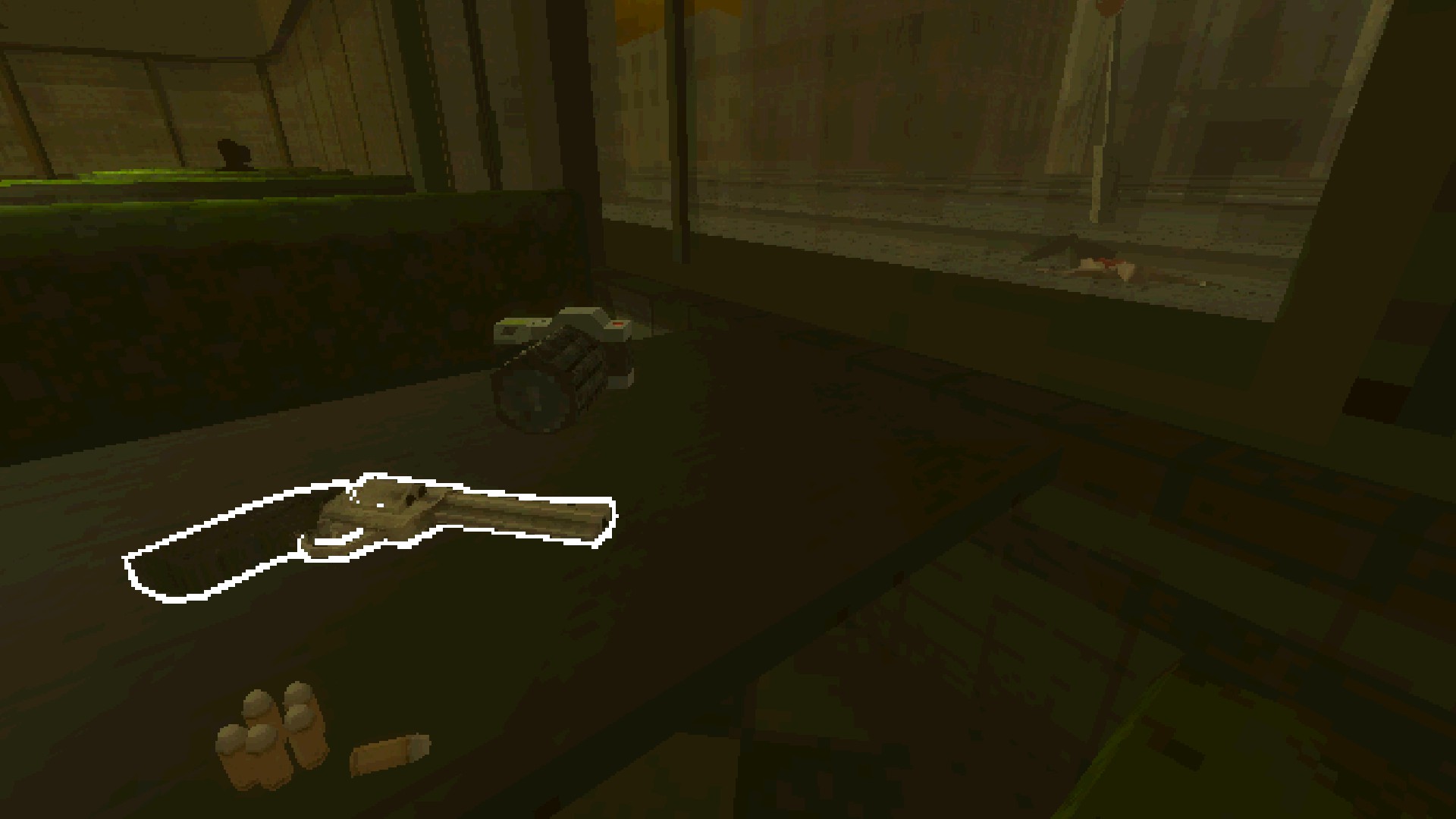 My doubts about that point did nothing to hinder my enjoyment of the experience, but the confusion is telling. How clear can a story really be when it’s possible for players to disagree on how many characters you play as after several playthroughs? I don’t think that’s a rhetorical question that needs to be answered, but it should hint that the game’s resolution leaves more than a little to the player’s interpretation. 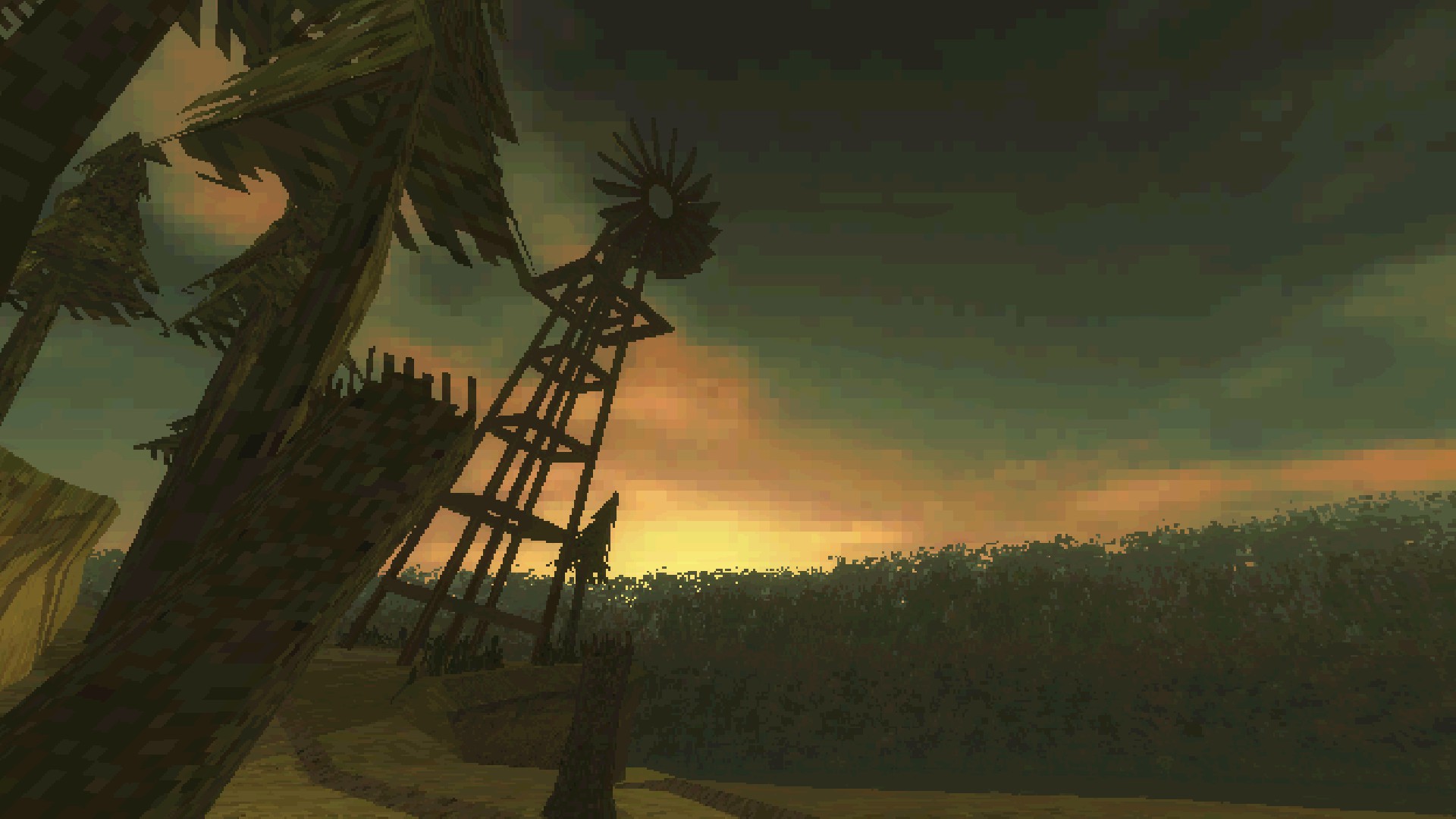 Though the game leaves several major plot points vague or unanswered, Paratopic makes for an engaging experience that showcases style and mood. As a very welcome Lynchian experience, this would be an unfortunate game to miss.