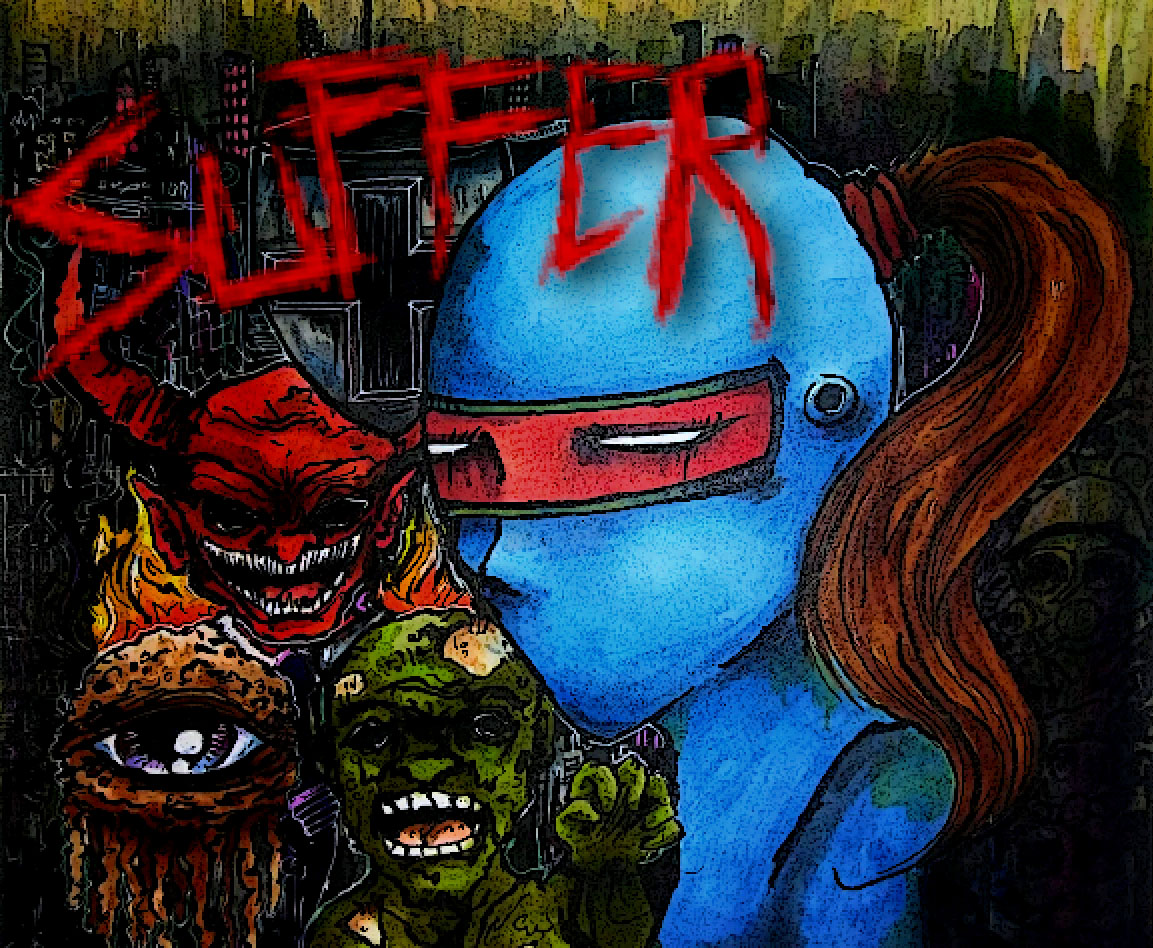 I won’t hide that I have a soft spot for retro shooters, and I’m in heaven these days as the genre is in full bloom. The only sub-genre I hate are the Wolfenstein3D clones with perpendicular angles and no verticality. Thankfully, Suffer is not like these awful clones; actually, it’s quite the opposite.

Assault on the senses

First steps in the game can be quite a shock as the scanlines, low-res textures and a very worn look combined with dark color tones create a nightmarish atmosphere. Add some aggressive punk/metal music, and this game is overwhelming to the senses. I almost felt like I was on drugs just by playing! The walls are covered in anarchist graffiti or Orwellian posters, and the player can taunt by giving the middle finger while delivering one-liners in a metallic voice. I was almost more intimidated by the main character than by enemies! 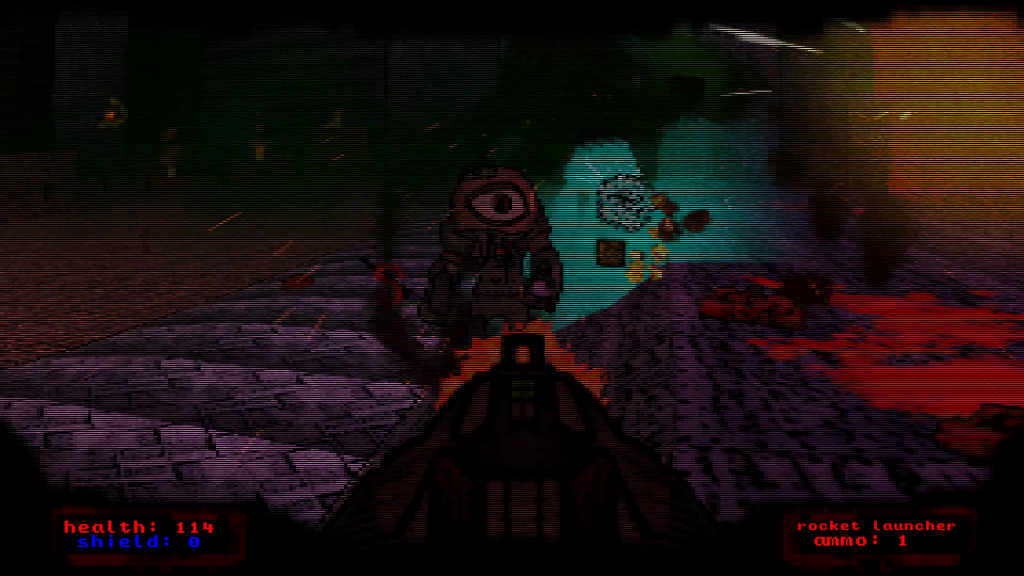 Since there is no storytelling, I didn’t quite get what my character was doing here nor why. All I know is that I was fighting cops, floating eyes, and zombies. These enemies are interesting to fight. Cops have hitscan guns, they need to be dispatched first. Floating eyes shoot rockets, they offer a vertical target and their slow projectiles give a chance to dodge. Finally, the zombies are slow melee opponents, easy to dispatch but quite dangerous if you let them get so close that they start to nibble your extremities. The dynamics between these archetypes works quite well, except for one thing that kept bothering me. The cops are way too fast to shoot the player, and they are incredibly hard to distinguish in the background. Even the damage indicator does not convey where they shot from, so it can be really difficult to see where in the pixelated mess they are. A muzzle flash could have been a useful hint, but there isn’t any! 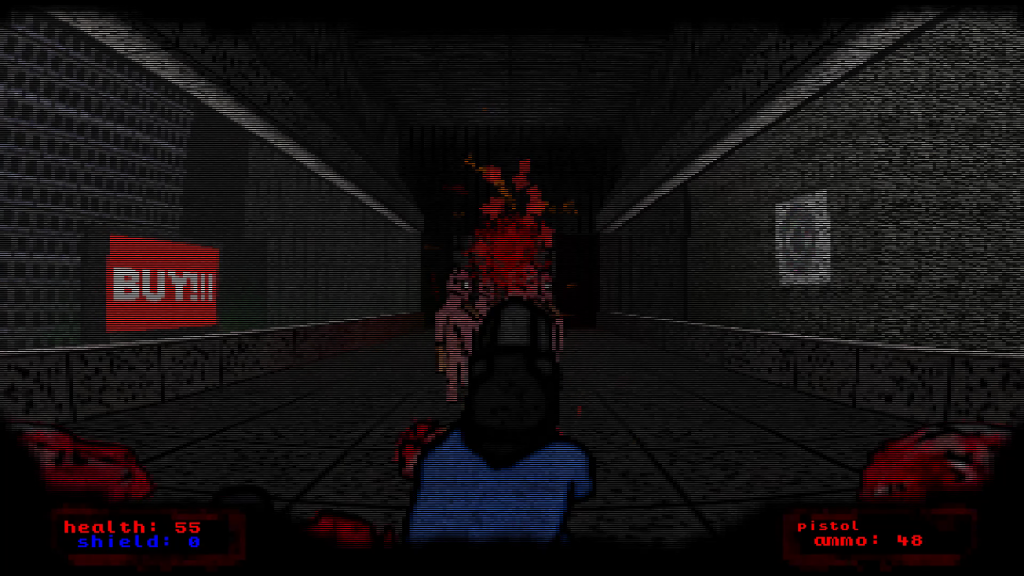 I said earlier that this game is different from the Wolfenstein3D clones, and the main reason why is the level design. A large number of levels takes place on rooftops, there is some platforming involved as you jump from roof to roof or climb vents. The tall buildings can actually be quite vertiginous. There is a dash to leap forward and a double jump, so the platforming is very satisfying in this aerial game. Overall the levels are well conceived, but my problem was that there are many, many, many of them, and the environments and enemies are often the same. So even though the levels are well made, the game eventually started to feel too repetitive for me. 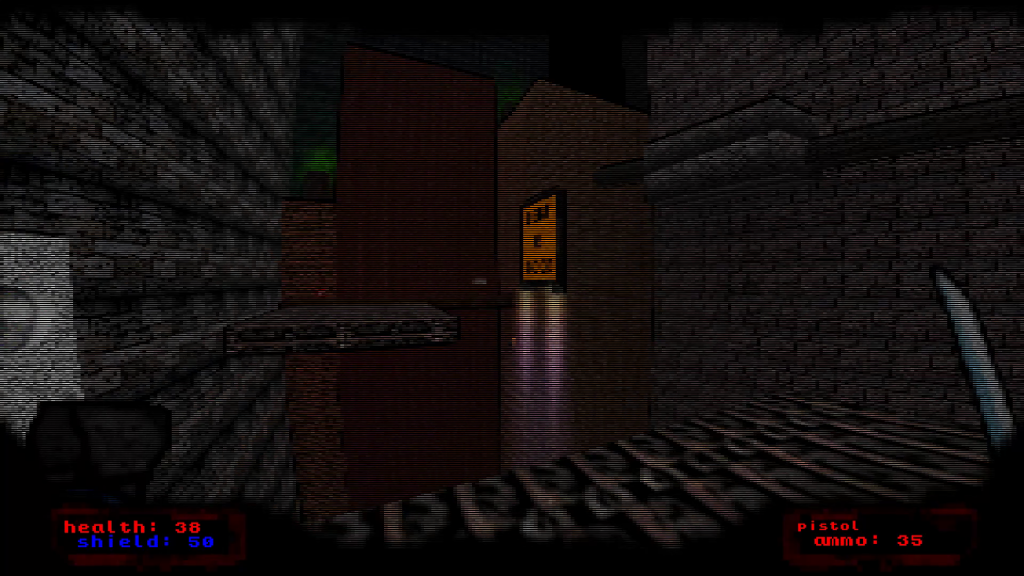 There are several guns to pick up, I was confused because they all look very similar on screen except for the rocket launcher. The left mouse button is by default for the katana, a very powerful weapon killing almost everything with one slice. Right mouse button aims down the sights of the selected weapon, and it makes the left mouse button pull the trigger. As you can see, this forces you to slow down whenever you shoot. It’s quite surprising for a retro shooter with fast-paced gameplay, but it works. The combat is meaty and satisfying, with enemies rapidly exploding in a mist of blood. 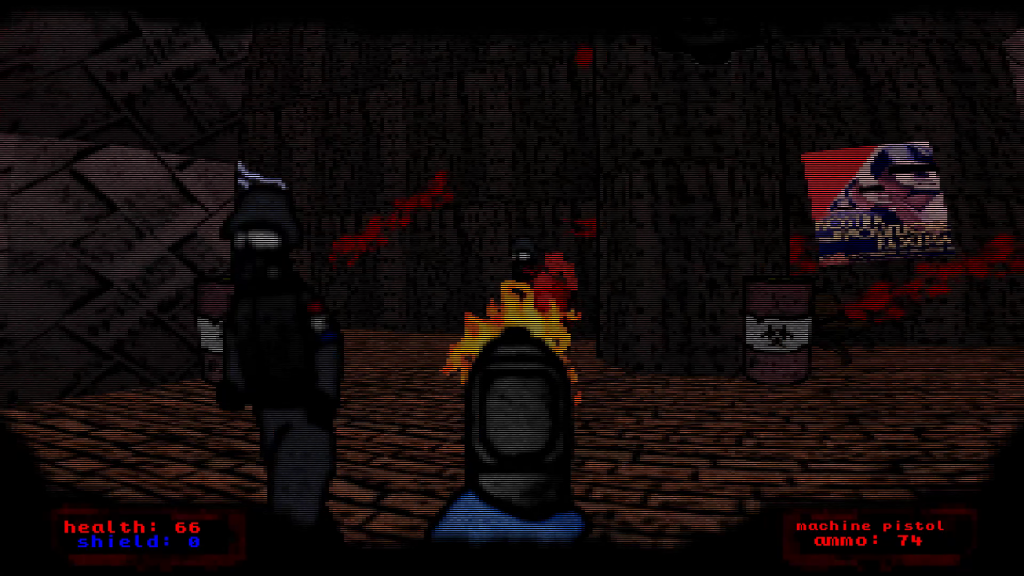 I didn’t finish the game because I was put off by its repetitive nature, but despite its looks, it’s an enjoyable game that is challenging but still well balanced. Well, except for those damn cops that are hard to distinguish and shoot lightning fast. 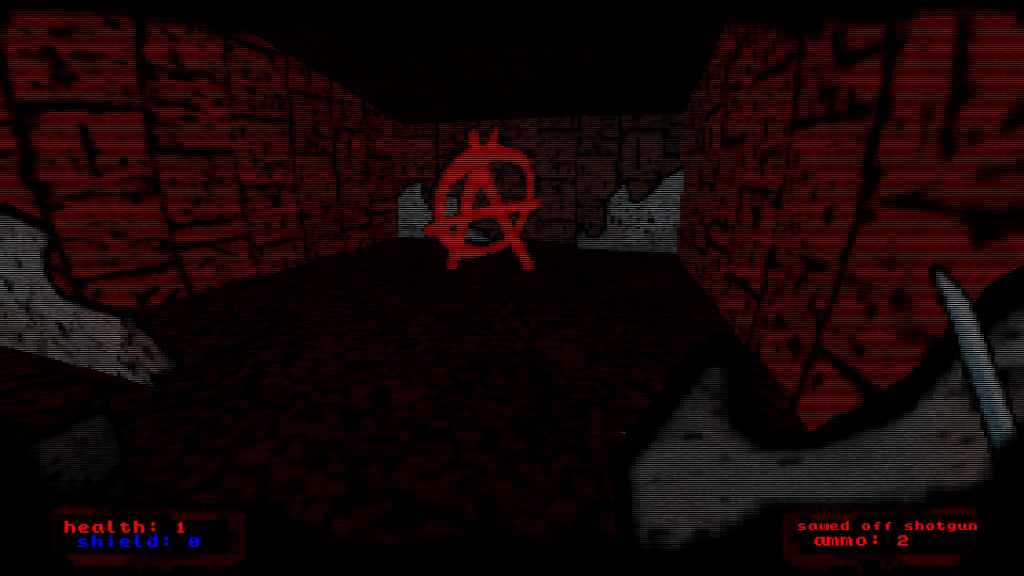 Suffer is an interesting one. Its movement range and rooftop sceneries deliver a unique aerial experience, and the gunfights are satisfying with good weapons and the right enemy archetypes. I only regret the hitscan cops that are too difficult to see combined with a lack of directional hit detection, but I got used to it and their presence added a great sense of danger while forcing me to sometimes hide behind cover, or sometimes rush like a madman. Great pacing. Except that the game eventually feels too repetitive, too rarely introducing new elements or environments. I can’t conclude without a shout out to the great graphics, this dystopian nightmare that mesmerized me. It’s not a game for everyone, but if you are curious about it, it’s pretty solid so go for it.