The Coma: Recut is a game that eventually loops the same mechanic repeatedly, which can be tiring after some time. However, it can still provide some decent scares for those interested in this type of game.

A different kind of school experience

The Coma: Recut is a Korean mystery/horror/survival game that focuses on exploration and collecting things to unravel the story behind a dark alternate world within the Sehwa Highschool, where a murderous predator is on the hunt. 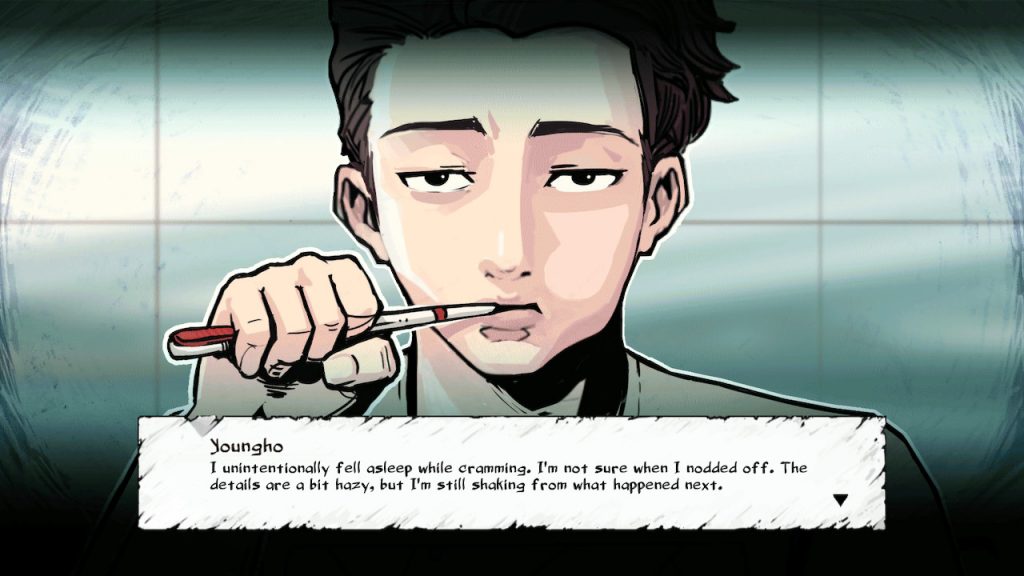 The final exams of the year are approaching fast. Youngho, the main character, wakes up late after a heavy session of last minute studying. On his way to school, he meets an unknown girl with bandages around her arms and finds a pendant that belongs to his favorite homeroom teacher. Just as he reaches school, shocking news approaches. It seems somebody couldn’t handle the pressure and tried to kill himself. As shocking as it is, this kind of event isn’t enough to faze the school and stop the exams. Walking through the school and talking to his fellow students, it becomes clear that the exams are very important. Youngho’s circle of familiarity consists of a female childhood friend, a nerd buddy, a bully who harasses him, his buddy and even the suicide victim. 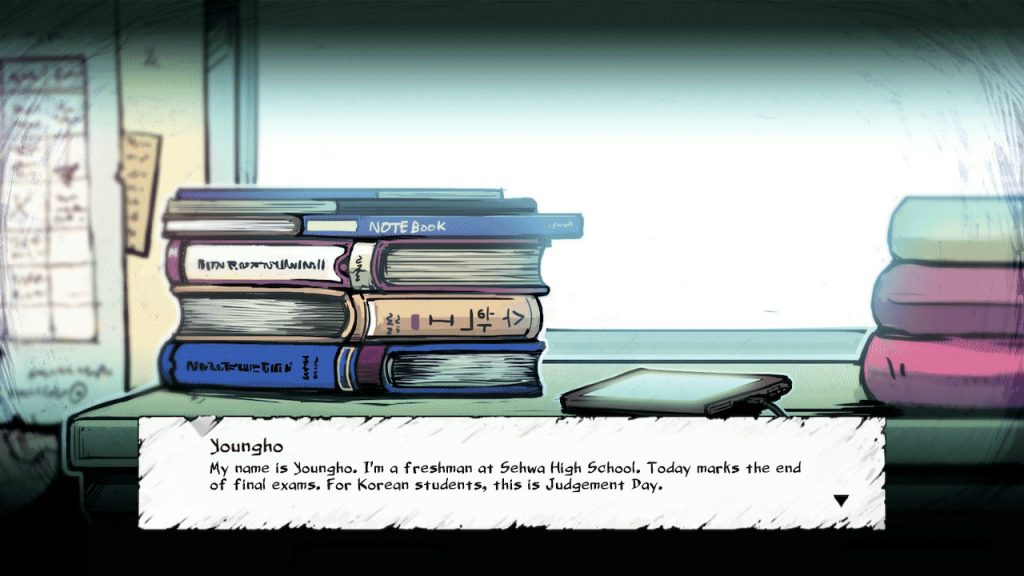 The most crucial time in the school year arrives and the exam starts. Unfortunately, he loses consciousness amidst the exam, only to wake up at night in the classroom, or so it looks like. Soon he discovers that the place isn’t just scary, but also deadly. A murderous lookalike of his favorite teacher is after his life, trying to slice and dice him. Now it’s up to him to find out what is happening and escape this nightmare.

The story is presented in a series conversations between characters, event scenes, or notes you can find that add more background information about the school and its people. You can also make a few choices that will most likely change the ending you get.

The controls are simple enough, so getting used to it won’t take much time. Dodge rolling isn’t really necessary in the beginning, but will become a move that one should get familiar with for the later parts.

Sometimes the game doesn’t react to my button presses, resulting in me not being able to dodge attacks or quickly enter things to escape. I don’t know if it’s on purpose or just a bug, my guess is most likely the latter.

Your goal is to find the next object/clue to push the story forward. Sometimes it’s marked on the map and other times you have to search for it. Backtracking is also part of this. The school is split into multiple parts and each part involves a load screen when moving in-between them. Outside of the main quest, you can take on optional quests that you have to locate by yourself and they are also part of the ending criteria.
Smooth sailing is not within the job description though, as there is a killer roaming the halls trying to kill you.

While exploring the school, you only have limited sight due to the darkness. To find items that you can pick up requires the usage of the flashlight.
There are two gauges; One for life and one for stamina. The first one is rather self-evident, the latter gets depleted by running, holding your breath, rolling, or moving stairways up or down. Technically speaking it’s only important when you have to escape your pursuer. Once you run out of stamina, you’ll be close to helpless as your only option is to walk exhausted or use items to recover it quickly.

The killer always announces it’s awareness of you by screaming and a change of music. If you are on the same floor you might even able to hear its steps before it notices you.

The very first thing you learn in the game is a kind of M.O. of how to escape:

If it’s somehow in your way, you can try to roll through to avoid it hitting you. The other option would be running away far enough till it loses sight of you and then hold your breath to wait for it to walk past. You cannot fight it. Evasion is the only option. Its appearances seem to be mostly random and I haven’t noticed any specific logic or pattern, but there are likely some exceptions.

For example, after story related events it awaits you at fixed locations to hinder your progress. That’s not the only danger. At the later parts of the game, you will also have to watch out for traps that are only visible when using the flashlight. Be it either bleeding or poisoning traps, both are fatal status afflictions that reduce your life over time and can kill you the moment you run out of health.

As I mentioned before, there are also items/money you can pick up from exploring or use the money at vending machines to purchase items of your choice. Those range from health/status/stamina recovery to buffs like infinite stamina for a short time.

The graphics consist of sprites that look pretty good, including the drawn backgrounds. A few important story moments have full illustrations, emphasizing its importance. Being sprite-based gives it a timeless look that it will age well under most circumstances.

There aren’t a lot of music tracks, but they do well in supporting the atmosphere. Whether it’s sneaking around the eerie school, the panic after getting sighted and escaping or calm music within the cafeteria it fits well within the themes. Being able to hear the killer’s footsteps is also a nice touch.

Reviewers note: I’d like to mention that I’m not much of a horror fan. So there is a little bit of a target mismatch here. I was intrigued enough by the games look and premise. Therefore, it’s a case of me moving outside of my comfort zone.

Close to everything about the game works fine, my only real issue is just the gameplay. As I try to unravel the story, the frequent “one-trick-pony” loop of hide and seek starts to overstay its welcome. For example, after just escaping you are faced with the situation of meeting it again right away. It makes forward progress almost feel like a real time waster. The best analogy would be old JRPG random enemy encounters without payoffs. Furthermore, there are no notable changes to its gameplay as you get further, what you see within the first minutes is pretty much what you get throughout the whole game.

This game is a case of being specialized for a certain demographic. I don’t think it’s bad, but my personally perceived flaws hampered my time with it.
If you know what you are getting into and like what you are seeing, it’s probably going to be worth a try, especially at that budget price. Otherwise, you might want to wait for a sale.