Relive classic movies with your friends in this local multi-player game.

Invasion of the VHS snatchers

There is a subcategory of party games for the masochists among us: obstacle courses filled with deadly traps. Players usually have to run from the start of the level to the finish line, and jump on top of blades, axes, spikes and other delightful ways to hurt. Epic Loon belongs to that category of games, but it plays very differently: the characters don’t run, they have to stand still and fling themselves across the level! Levels that frequently respond to physics and momentum. A simple yet unique concept, let’s see whether it works.

Inside the man cave

Something else that is rare for a local multi-player game is the story. There is an intro scene presenting a horror movie buff who received some sort of haunted tape with alien lifeforms invading his VHS player. He then uses VHS tapes of dangerous movies to get rid of the invaders: Jurassic Park, Dracula, Alien, and Godzilla. It’s not the real names in the game, but the resemblance is pretty obvious. The menus are fantastic, as everything is based on this guy’s room. Options menu? Turn the pages of a TV magazine. You can choose between no ads and no ads or the French dub or a cat version of the game. 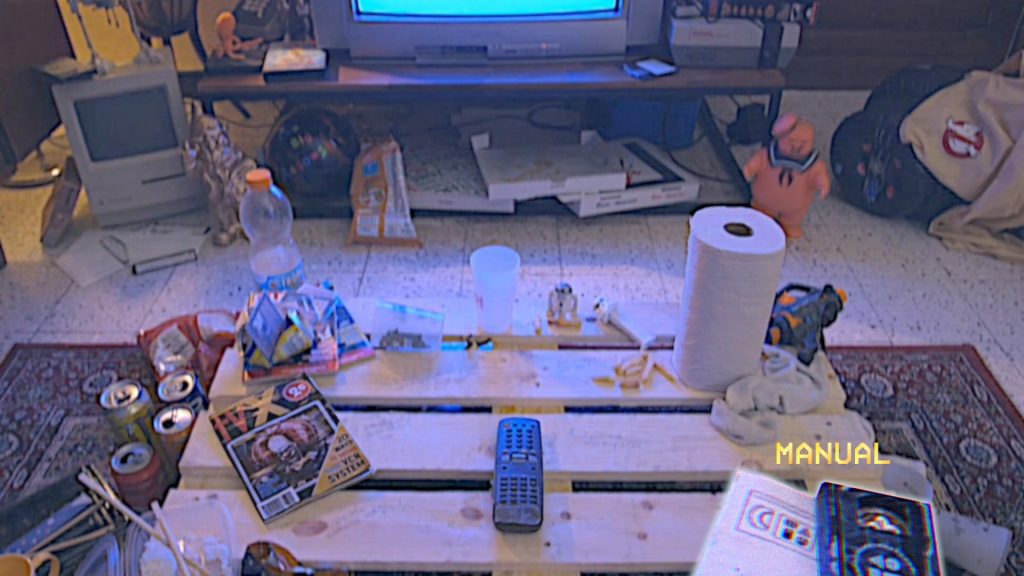 Oh yeah, when I said that this guy wants to get rid of alien lifeforms, well these creatures are the players’ characters. All they can do is a very small jump to move at a snail’s pace… or they can transform into a little catapult that sticks to surfaces. Their eye swings from left to right like a pendulum, and it will determine the direction that you fling yourself towards. Try not to jump off the level, or into the areas marked in red. If you aim your jumps correctly, you will reach the exit. Well, that’s in theory, because in practice many of the surfaces or dangers will be moving, making the game just chaotic enough to be enjoyable. 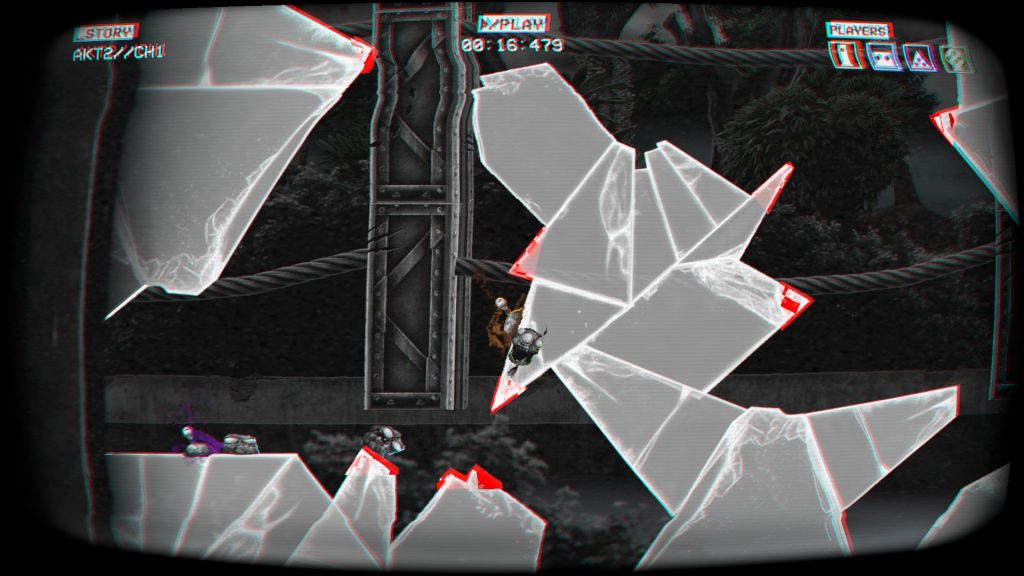 The levels themselves are black & white renditions of the aforementioned movies, with beautiful graphics and animations. The whole Alien tape was gorgeous, a treat for the eyes. There is no denying that the presentation of this game is exceptional, backed by the funny story as well as the atmosphere of each tape. The Jurassic Park levels were particularly well crafted with fantastic transitions between the scenes. I can’t say the same for the Godzilla tape though, which was overall quite boring and clearly not as entertaining as the others. All these tapes are backed up by a strong metal soundtrack sometimes leaning towards electro, giving an epic feel to the scenes. 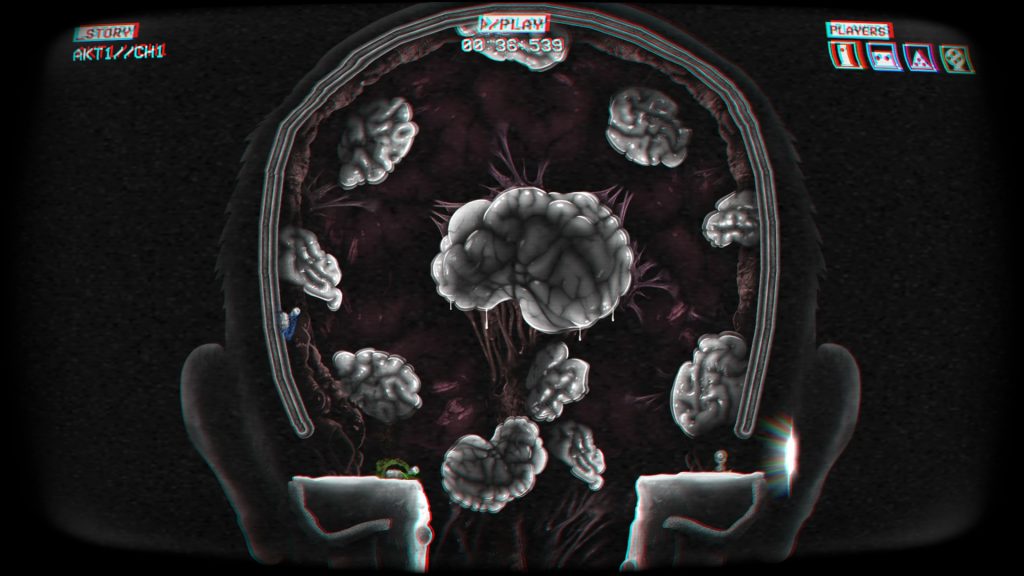 As is often the case for physics-based games, there are the occasional bugs, such as getting stuck in between surfaces (just press the suicide button) or starting the level as a flying ghost (collide with someone to reappear). Even worse, during one level my creature disappeared and I could not play anymore! I waited for the AI to complete the level, but then the next creature disappeared as well… I was forced to restart the whole tape! 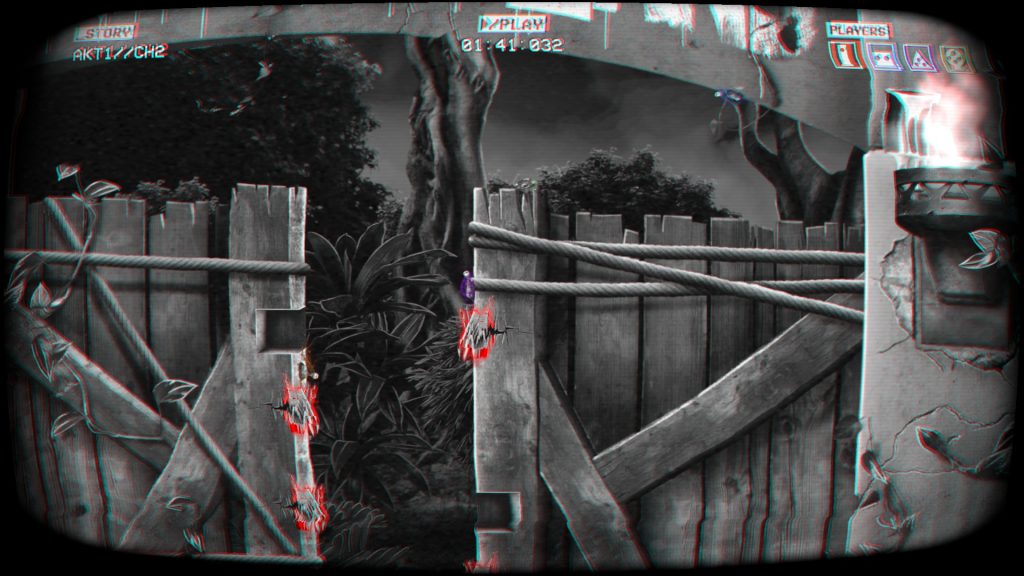 Interactions with the items themselves are pretty good, things move as you would expect. There is just the occasional excessive randomness of some levels, but nothing too bad. However, what I can’t forgive is that a few levels have very severe legibility issues. Sometimes it’s hard to know which surfaces can be jumped on or whether they are simply part of the background, and sometimes the exit is not visually on the screen – and neither are the dangerous traps. The camera does an admirable job at zooming in and out according to the distance between players, but this can obfuscate parts of the level, preventing players from knowing where a jump will land. One last gripe is that some levels are particularly difficult and can take a long time to complete (15 minutes on one single screen is a century in the context of local multi-player games). I have the final level of the Alien VHS in mind, but on the forums, the devs talk about decreasing its difficulty so that’s good. The problem with these difficult levels based on timing (jump before you get fried by electric current for example) is also that the timing of the eye pendulum might not be aligned with your ideal destination, so if you jump in time to avoid danger it might be at a moment when your eye is looking past the ledge, you fling yourself off the level and you die anyway. And let’s not even mention the modifiers that a clown sometimes “gifts” to players, making timing-based levels even more painful. 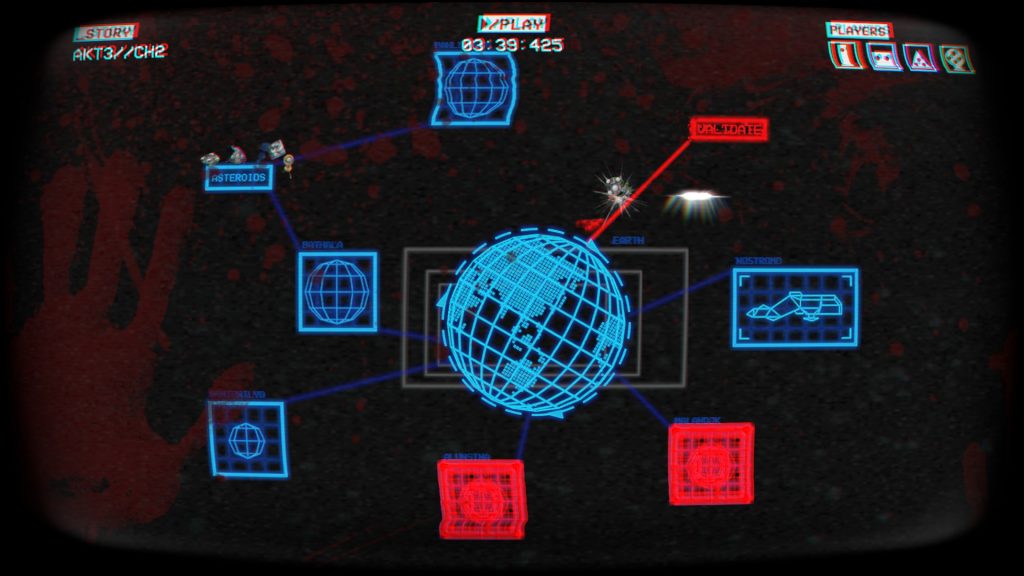 While I described some weaker levels, there are many others that are absolutely brilliant and bring fresh ideas to the formula, with items that need to be moved out of the way, bumpers, air vents, lo-fi computer screen mini-games and so on. Each tape is about one hour long and can be played in multi-player or single-player with bots (they are… not very smart). So, expect at the very least four hours of content, which is more than what many local multi-player games can offer – and nothing prevents you from playing the levels separately without the story. Actually, if you feel confident you can unlock a hardcore mode (only one life, no thanks) and a speedrun mode (recording your time), but I don’t think that a game based on physics is the best fit for that. Anyway, it’s there if you want to. 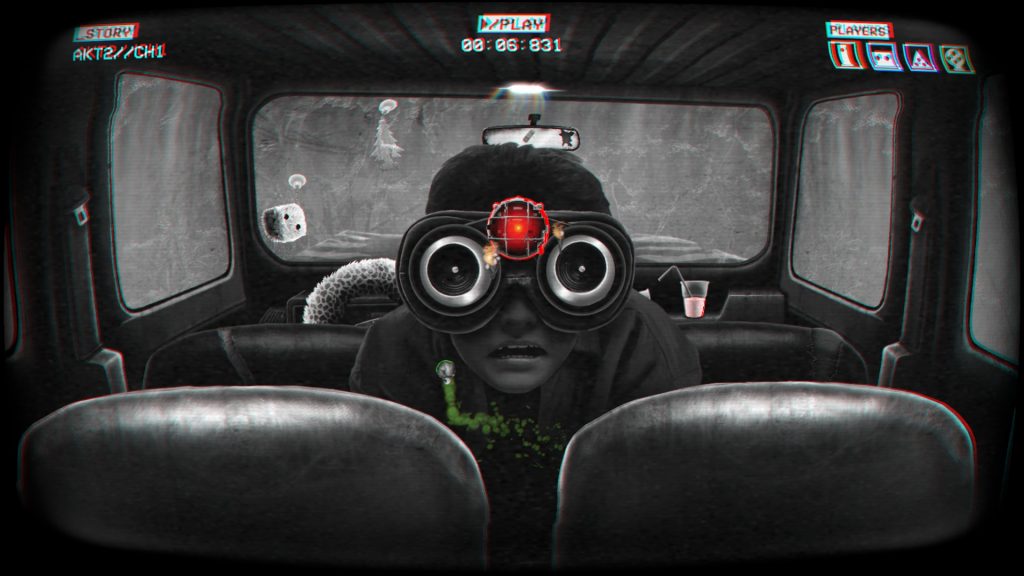 As a side note, this is one of the rare local multi-player games that you might not want to share with young kids. There is strong language as well as very gory imagery if you care about that, and finishing all four tapes unlocks a hidden tape with some porn-themed levels. The related vocabulary can appear on the screen, and there are people having sex in the background. The camera angle does not allow you to see anything, but it’s definitely not family-friendly. By the way, don’t bother forcing yourself to unlock these bonus levels, they are terrible both aesthetically and in terms of gameplay. 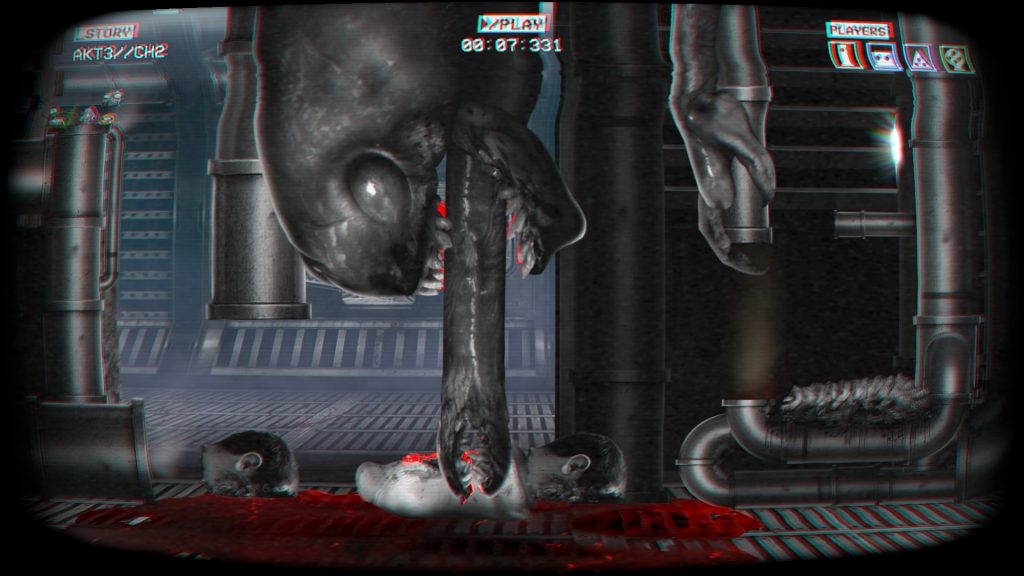 Epic Loon has some very rough edges with bugs, some levels that are too hard and one out of the four campaigns is less interesting, but it’s to be expected with a project so ambitious. What’s left (i.e. most of the game) is brilliant, it’s fun to play with friends (or alone) and it’s quite challenging. If we did not have so much fun on the majority of the levels I would have dropped the rating from Save to Save for Later. Lastly, presentation and atmosphere are outstanding, following some old beloved movies with the comedic spin of Epic Loon is a particularly enjoyable experience. Bring a few friends over for a movie night that you can actually play.