Super Dashmatch is a 4-Player game with round robots trying to survive on dangerous rubes.

Bouncing in and out the game

Super Dashmatch is local multi-player game in Early Access. There will be an online mode too, but so far it is in beta and this preview will focus on local matches. This summer has been very prolific in the 4-player party games department, and I have often invited over friends and family to see which games catch up. Problem is, sometimes they bounce off a game hard and I have to force them to play it a bit more so that I can analyse the game enough for a review. This was the case with Super Dashmatch.

Super Dashmatch pits 2-4 players (no bots) in the metal casing of so-called “orbs”, cute little robots that are tasked to kill each other indirectly. There are no weapons to kill, only environmental hazards such as falling off the edges of the level or running into laser beams or fire pits. However, to achieve their endeavor the sneaky robots can jump or dash or use power-ups found in the levels. 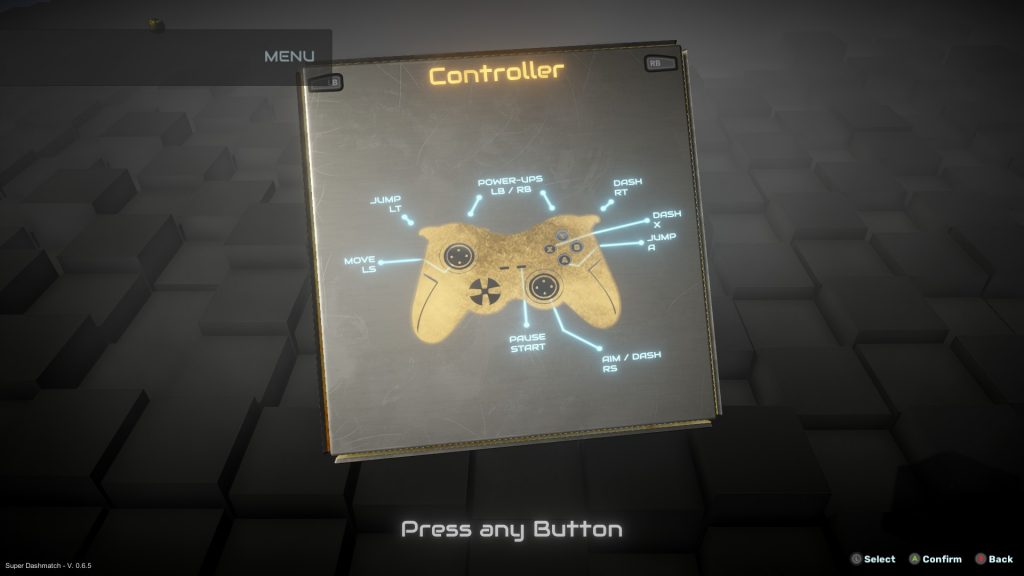 Die by the cube

There are nine different levels, three under each theme: industrial, holo, futuristic. They all take the form of dynamic cubes that feature traps on top and sometimes rearrange themselves, sprouting new traps. They are clearly the highlight of this game, as it’s really fun to have the arenas change as you play. 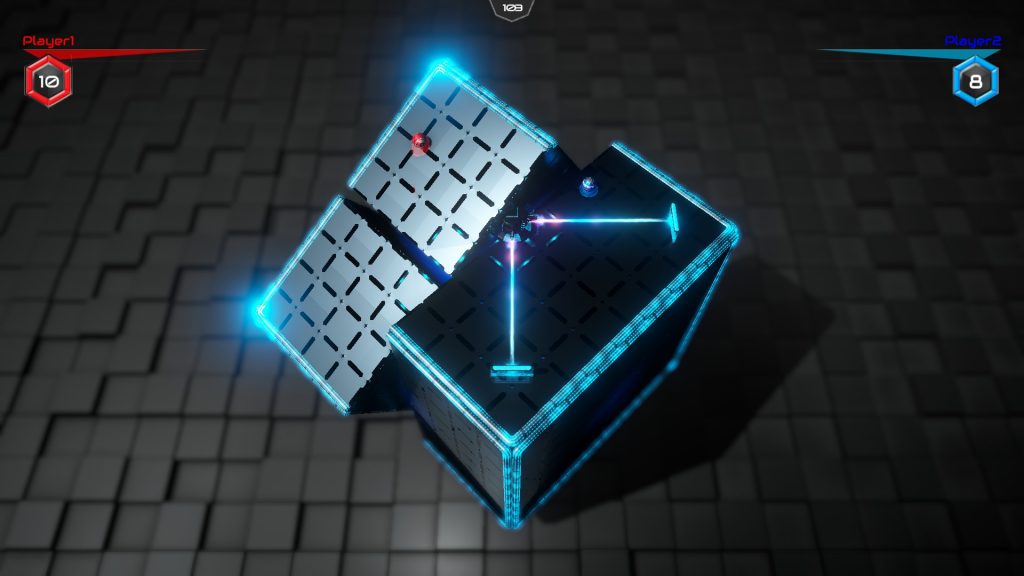 What’s the catch, though? You might remember that I said my friends instantly hated the game (it was not so long ago!) and so did I. The issue with it is not something that I suspect can be easily fixed with a few patches, since it is at the heart of the game: the movement. While on video it looks smooth and cool, with a controller in hand it’s just frustrating. The orbs have momentum and do not immediately follow the direction of the stick, which makes it hard to have precise movements amidst all the traps, and even harder to aim correctly. 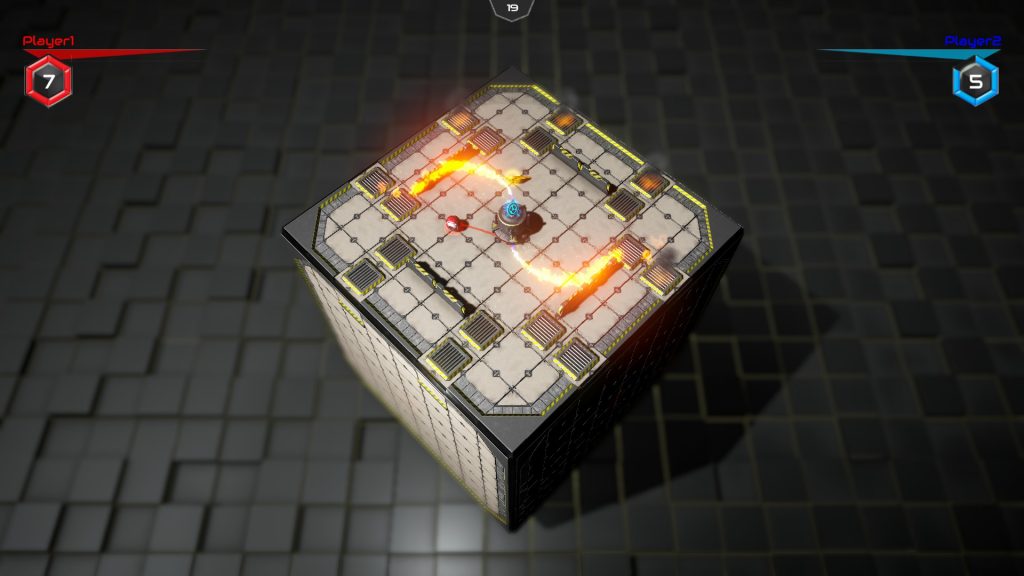 Imagine you are going up, and there is a target on your right. In any other game, you would press the stick right and dash. In Super Dashmatch, when you press right your useless robot will have momentum and gradually cover the 90° separating “up” from “right”, so if you press the dash too early you might propel yourself slightly above your target. This is extremely frustrating because it creates a discrepancy between your finger’s feedback and the visual feedback of your character, and the timing are not faithfully overlapping. 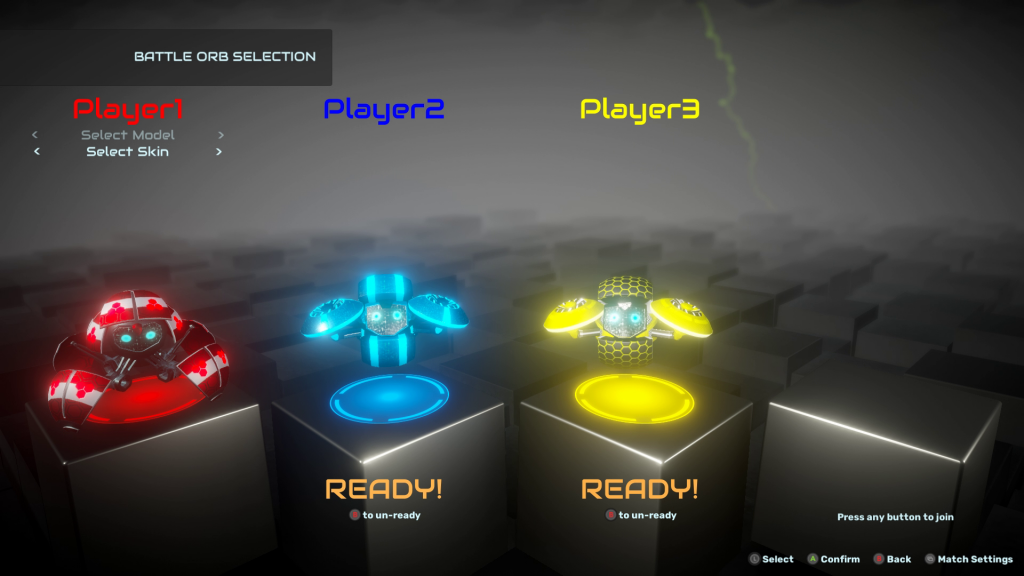 In the end, people were killing themselves with a higher frequency than they were killing someone else. We were all struggling against the controls while having to perform precise movements – more often than not, dashing into someone to push them off the ledge would result in the attacker launching themselves off the level. 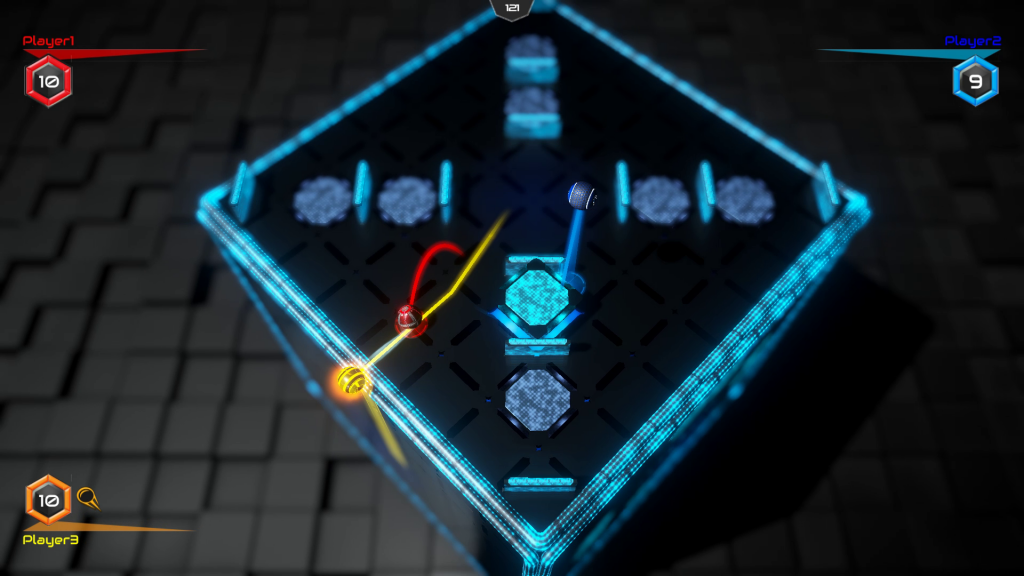 As long as the robots are subject to momentum rather than faithfully reflecting the exact position held by the stick, I cannot find it within myself to enjoy or recommend this game. If it wasn’t for this control issue, the game would be fun as it has original and interesting levels. The idea of pushing each other into traps is a different and somewhat novel approach compared to the usual beating of each other to death in party games. However, unless the controls are fixed soon, this game will not be able to reach any of it’s ambitions.