REVIEW: All Walls Must Fall – A Tech-Noir Tactics Game

All Walls Must Fall is a stylish, dystopian and dark tactical shooter set in a cold-war era parallel future. It packs innovative mechanics, a great soundtrack, and a mysterious story, but all this still cannot completely redeem it from several design flaws and balance issues that hinder this game from being truly excellent.

All Walls Must Fall is a tactical turn-based shooter with many unique and original mechanics in a dystopic, futuristic Eastern Germany set in a parallel world where the Cold War never ended. In this grim world, a mysterious nuclear attack struck Germany, and you, as one of the operatives of STASIS, a special police group using temporal manipulation technology, have to find out who planned the attack, why, and stop them.

General Gameplay
In All Walls Must Fall you will begin each of the story driven missions at your trusty car, conveniently parked near the operations area. From that, you will need to use your abilities to access the mission area, find the objective, complete it, and then extract yourself out alive. Movement is based on a grid system and is in real-time as long as you are not in combat, and turn-based while fighting. Moving on each step will cost you Temporal Resources, a sort of energy used to fuel your abilities, and gained by exploring the mission areas, killing enemies, and performing actions such as successful dialogues and objectives. Your character has a number of health segments. Only one shot takes away one, so just a few can kill you, in theory at least.

For the non-violent approach to missions, the most important things will be dialogue, stealth, and hacking. The Dialogue in this game will always follow an emotion based interface, showing three positive and three negative emotions in the person you are talking with, and your dialogue choices will positively or negatively influence that person. This means choosing wisely about what to say is fundamental in persuading people with charm, fear, or respect. There are of course upgrades to get better results in such dialogues. Enemies you perform successful dialogues with will become neutral or even friendly as long as you keep peaceful and don’t trigger an alarm. It is entirely possible to conclude missions without killing anyone using only persuasion along with a bit of hacking on terminals to disable Drones and Scanners.  However, this comes at the cost of your maximum temporal resource threshold to be reduced for the current mission.

Temporal Resources are counted at the end of a mission and the more you have, the more credits you will receive for new weapons and upgrades. Also time plays a critical factor, completing missions faster with the aid of temporal abilities will grant you large credit bonuses. Completing a mission without kills or with kills doesn’t give any special bonuses, but you are likely to make more temporal resources by killing than with stealth and non-violence.

Your temporal abilities are three: the first is Undo and allows you to return shortly back in time, this is useful to undo damage, and take different paths or actions to be successful in a previously failed combat moves or actions. The second power allows you to rewind the world state while you stay in the same position. This can be useful to delay the arrival of enemies, or be in a room where a target was before. The last power is the opposite, and will rewind you while keeping the state of the world, it’s like Undo but more powerful.

Overall, the mechanics proposed in All Walls Must Fall are fresh and innovative, but are not always very well implemented. Several times I felt like the dialogue lines and consequent answers were out of context, giving successes or failures for reasons that did not make sense at all. Also, the temporal manipulation abilities are in my opinion way too powerful, while the amount of Temporal Resources gained from killing is completely out of scale, awarding thousands for every fight and allowing you to never run out of it, making tactical thinking and resource management a breeze. 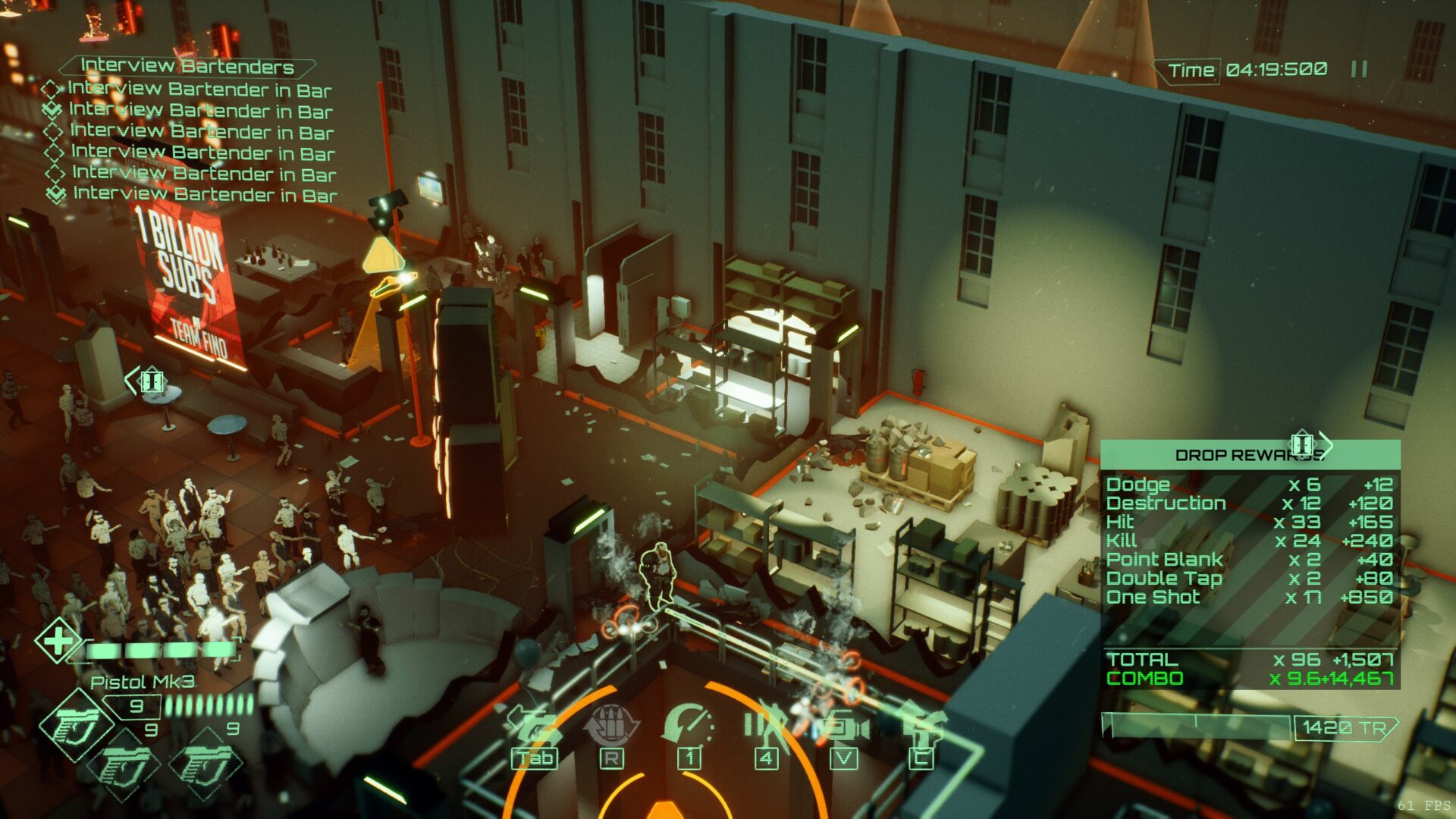 Combat System
Combat in All Walls Must Fall is turn based, time moves only when you perform an action, you and your enemies act simultaneously in the same turn. There are six weapons available: Pistol, Shotgun, SMG, Rifle, Fist, and Persuader along with your temporal abilities. You can carry three weapons at a time.

In combat every action takes a certain amount of time to be performed, and that time is measured in beats, equivalent to 0.25 seconds. Each weapon has two fire modes (excluded shotgun), and each of them will take a different time to perform, and have different damage values and Stun ratings. The stun rating briefly stuns the enemy for a certain number of Beats, allowing you to hit them multiple times, or escape to find better cover.

When a fight starts, your enemies will target you and each time you move the game will tell you if the move you are going to do is going to get you hit by enemy fire. If that happens you can Undo and plan a better move. Using Undo also gives you back the life you lost. The Dash ability allows you to quickly cover distances and even dodge bullets when upgraded. There is a directional cover system allowing you to fire from cover against multiple enemies, but everything is destructible so no cover lasts too long.

There are several enemy types other than basic guards: Phantoms, able to disappear when stunned, Spectres, teleporting around when hit and firing from unexpected angles, Nemesis, a powerful enemy immune to temporal abilities and stun, and drones, mechanical melee range enemies that stun you.

This all certainly sounds complex and intriguing, and it is to some extent, but the reality is another: this game’s combat is just way too easy because of how powerful Undo and Dash abilities are. Undo has a very reduced cost, even at Level 1, and enables you to undo any mistake in combat to take a better position. Dash, on the other hand, can be upgraded to Level 3 for not very much cost and you suddenly become a lightning-fast killing machine able to dodge storms of bullets with ease. I have faced a squadron of more than 20 enemies in the middle of a road, without cover, and managed to come out of that unscathed simply because of how fast Dash was. Also, weapons are basically all useless besides the Pistol, as it has unlimited range. Its Aimed Shot does high damage, is fast, and you can carry 3 of them simultaneously, eliminating the need to reload since you can freely swap them at no time cost.

Overall, the combat of All Walls Must Fall is intriguing and certainly has a good amount of fresh mechanics, but it is way too easy due to how overpowered the main character is.

Content
The game was very short, taking only three hours to complete the Campaign. Of course you can replay it, but procedural generation doesn’t add much to it, changing only map layouts.

Balancing
The main character is way overpowered and this makes the game too easy.

Challenge
The challenge for this game is medium-low. 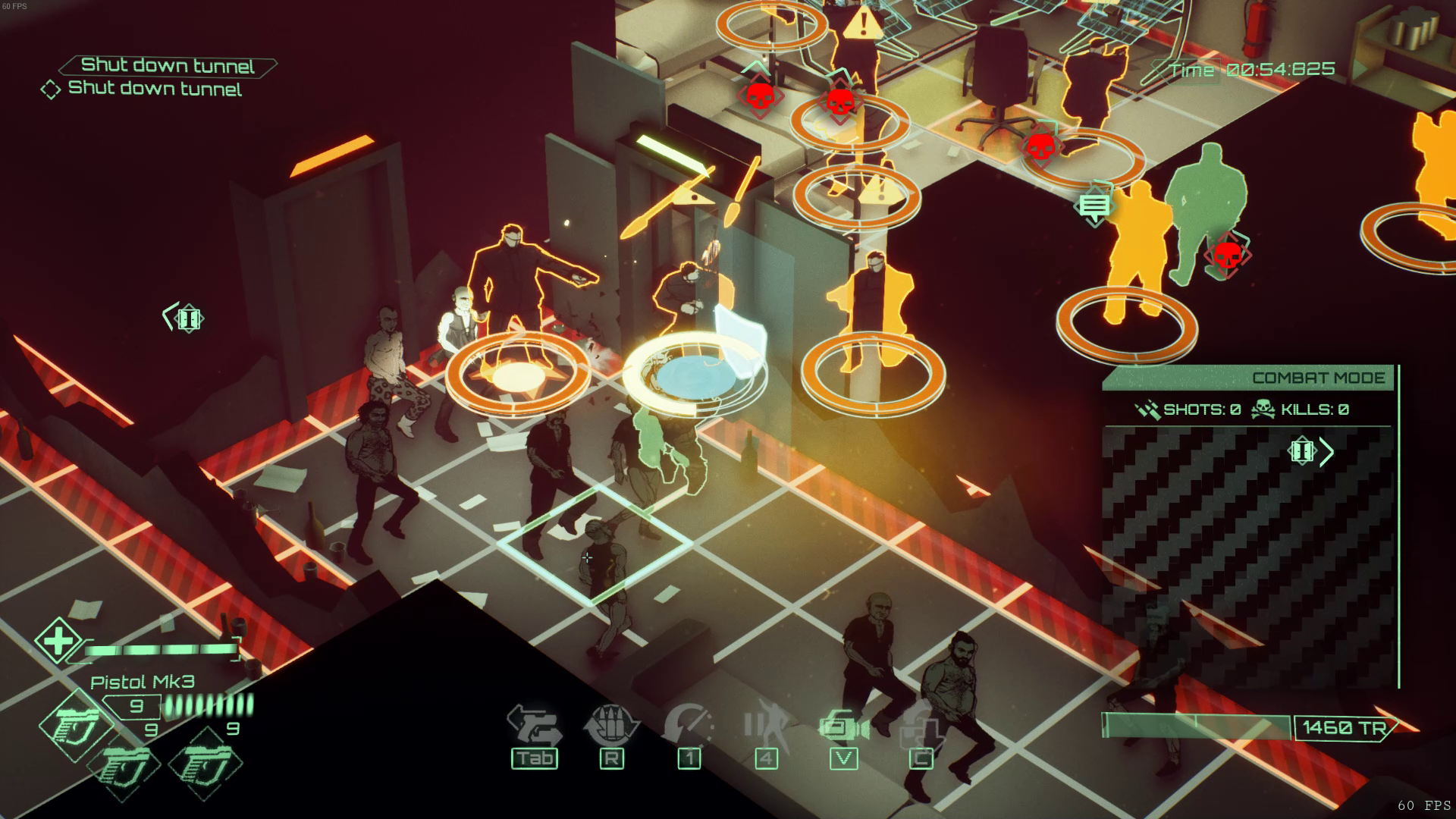 Graphics
The 3D style of environments blended with 2D characters has a unique taste to it, and it perfectly depicts a dystopian, grim future in a Cold War era.

Sound
The game has a very good techno soundtrack that stands out in combat with average sound effects.

Stability
I Had a few crashes that forced me to restart the whole mission, but not many times. The stability could use some fixing still.

AI
Enemy AI is not that brilliant and can easily be funneled in corridors or other cheesy tactics can be employed. It is, in the end, just a basic chase and attack AI.

Bugs / Issues
In the tutorial, the game got stuck once impeding me to do anything, other than this, nothing else. 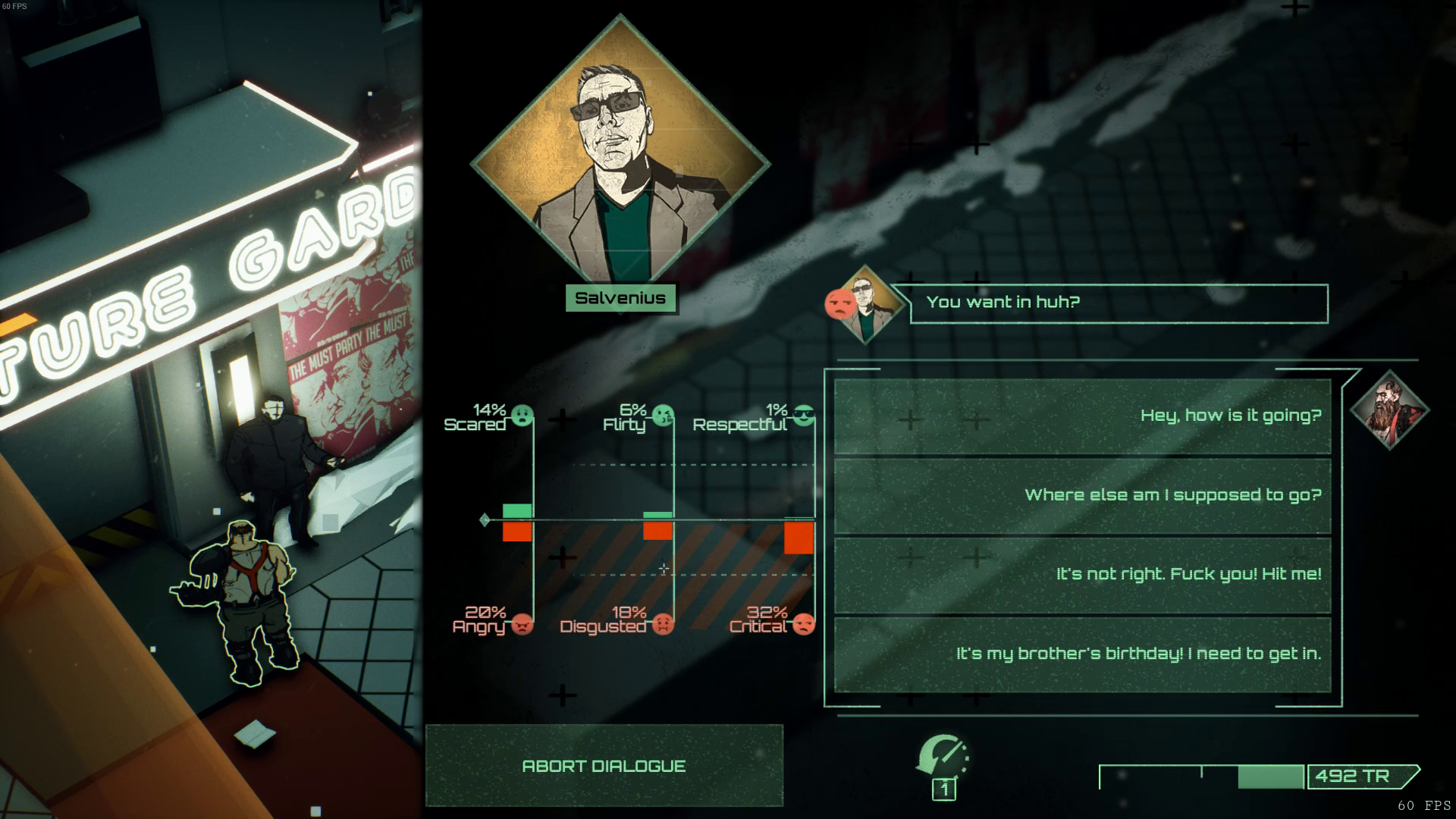 All Walls Must Fall is a game with very good ideas but not executed completely right, it could have been SO MUCH better with some adjustments to the difficulty and balance.