Ni No Kuni II is a visually splendid JRPG with a very good combat system, a quite original and interesting setting, decent characters, and promising story line. The guys at Level-5 did a good job making this game a new, fresh JRPG that is different in many ways from the others of the same genre. If only the challenge it provided was more substantial, it would really be great.

Ni No Kuni II tells the tale of young King Evan, soon-to-be successor to his deceased Father as ruler of the Ding Dong Dell kingdom. From the very first moment, the situation is grim: the Prime Minister has poisoned the King over the years to take power, and a coup was made to seize control of the Reign. Young Evan has to escape the Palace and find new allies before he is found and slain to insure no heirs to the throne survive. He, together with Roland, a President of a Nation in a whole other dimension who found himself catapulted into the same world as Evan after a nuclear strike, and other companions join the party.  Evan will have to evade the Prime Minister’s gaze, find allies and take back the kingdom that is rightfully his to reign. This game is a fast paced action JRPG with an active combat system and various mini-games to vary the experience as the story progresses. You’ll find companions, plenty of side quests, bounties, and secrets in the best JRPG tradition. Overall, the gameplay, story, and characters are solid.  Visuals are splendid thanks to the masterfully realized cell-shading, so while all this makes for a wonderful experience the game’s only lacking aspect is Challenge.  It honestly feels sub-par during combat with no difficulty settings. Nonetheless, it is a solid game.

The gameplay of Ni No Kuni II is mainly divided into Combat and Exploration, as any good RPG is. The combat part will be discussed more in depth further. Exploration in this game concerns either Dungeons or the Open World. In both cases it is done with free movement in all directions, while in dungeons there is the additional chance of using learned spells to activate certain structures or elements to unlock secret passages or secondary areas. As well as this there is inventory management, party gear management, and the like, in a classic JRPG fashion. The unique features of management we find in Ni No Kuni II are about Hoogies and the Tactical Tablet: Hoogies are spirits found in dungeons at certain specific locations and the player can offer them required items to make them companions and therefore use them in battle.  These Hoogies each their own abilities with unique offensives along with defensive or support roles. They act automatically, save for their special abilities that have to be manually triggered. The Tactical Tablet is a very innovative way of conceptualizing progression, and basically is a menu where you can decide the Party’s specific resistances and damage bonuses against specific categories of enemies.  You can also change such bonuses on the fly before any battle or dungeon in order to have maximum efficiency against all enemies. It also comprises passive global bonuses such as, for example, better heavy attacks or higher chances of dropping rare materials. The player party is composed of three active elements and each member can be played as the main character at will just by making them party leader.

Each party members is specialized in a certain category of weapons and will be able to equip only those, both for ranged and melee. Leveling up of characters is completely automatic for what concerns statistics and abilities, the only form of “decided” progression is the Tactical tablet. The game also includes a management part in which you will have to manage your kingdom (once you progress after a certain story event) and build upgrades and facilities for it that will give out bonuses and features for your allies. 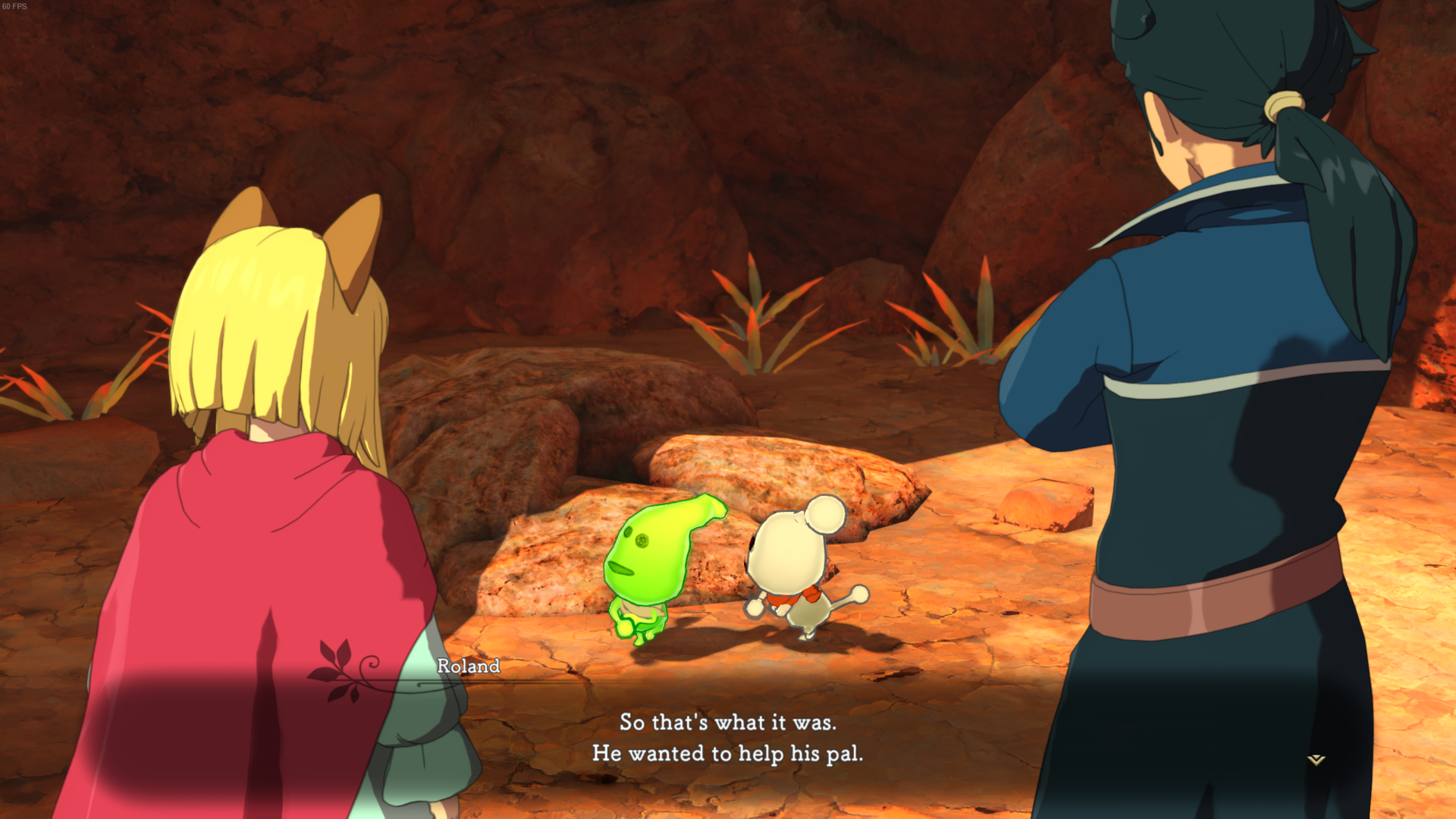 Combat in Ni No Kuni II is real time, fast paced action, similar to the one seen in the good old Kingdom Hearts if i have to do a comparison. You can dodge and block to reduce enemy damage, everything happens in real time with no pause whatsoever. As far as attacks go, there are Light Attacks, Heavy attacks and Ranged attacks, each useful in certain situations.

During combat, each one of your equipped weapons will progressively charge up with each hit, once at 100% you will be able to use one of your 4 Abilities and unleash powerful attacks upon your enemies, assuming that you also have enough Mana (also granted by fighting or from Items). Each character has unique, different abilities to use. Abilities can be further enhanced or even changed by interacting with Hoogies you have fielded in combat. Hoogies can also use their own Special Abilities when they decide to, you will just have to get inside one of the circles on the field and press a button, the Hoogies will do the rest, and use an ability different for each Hoogie group, which can be healing, magic barriers, transformations, or magic blasts among others.. The combat of Ni No Kuni II is not that complex or intricate, rather it is fast paced, immediate, quite simple to learn, but effective and fun to play.

During combat you will not be able to change the Tactics you configured, but only to use Items to heal, resurrect or buff party members.

Other than regular combat, there also is another form of combat, which is more a minigame than anything else: on the world map you may find banners surrounded by light, those are points of interest to initiate skirmishes with your army against invaders and monsters to expand the area of influence of your Kingdom. in this strategic combat mode, your fielded Captains (up to four) will have each their unit, which will be of three different types, each following the law of “rock paper scissors” where one is effective against another but weak to the third one. Each captain will also have a special ability, defensive or offensive, that will cost Military Might to use (Military Might is a number that determines your power, and is used for Skills and also for calling reinforcements to damaged units). For being just a minigame, it is quite fun and helps a lot varying the pacing of the game. It can also involve some tactics and planning which is always good.

Content
The game lasts 40-50 hours if you want to complete everything it has to offer. A bit short for a JRPG, but what lacks in quantity is made up for in quality.

Balancing
The player party always feels largely overpowered unless you ask for it and fight a boss 10 levels stronger than you (I sure did). In that case, you unsurprisingly die.

Challenge
Challenge is really moderate in this game.  The absence of any difficulty setting doesn’t help. In fights against same-leveled enemies, there is little challenge to speak of. 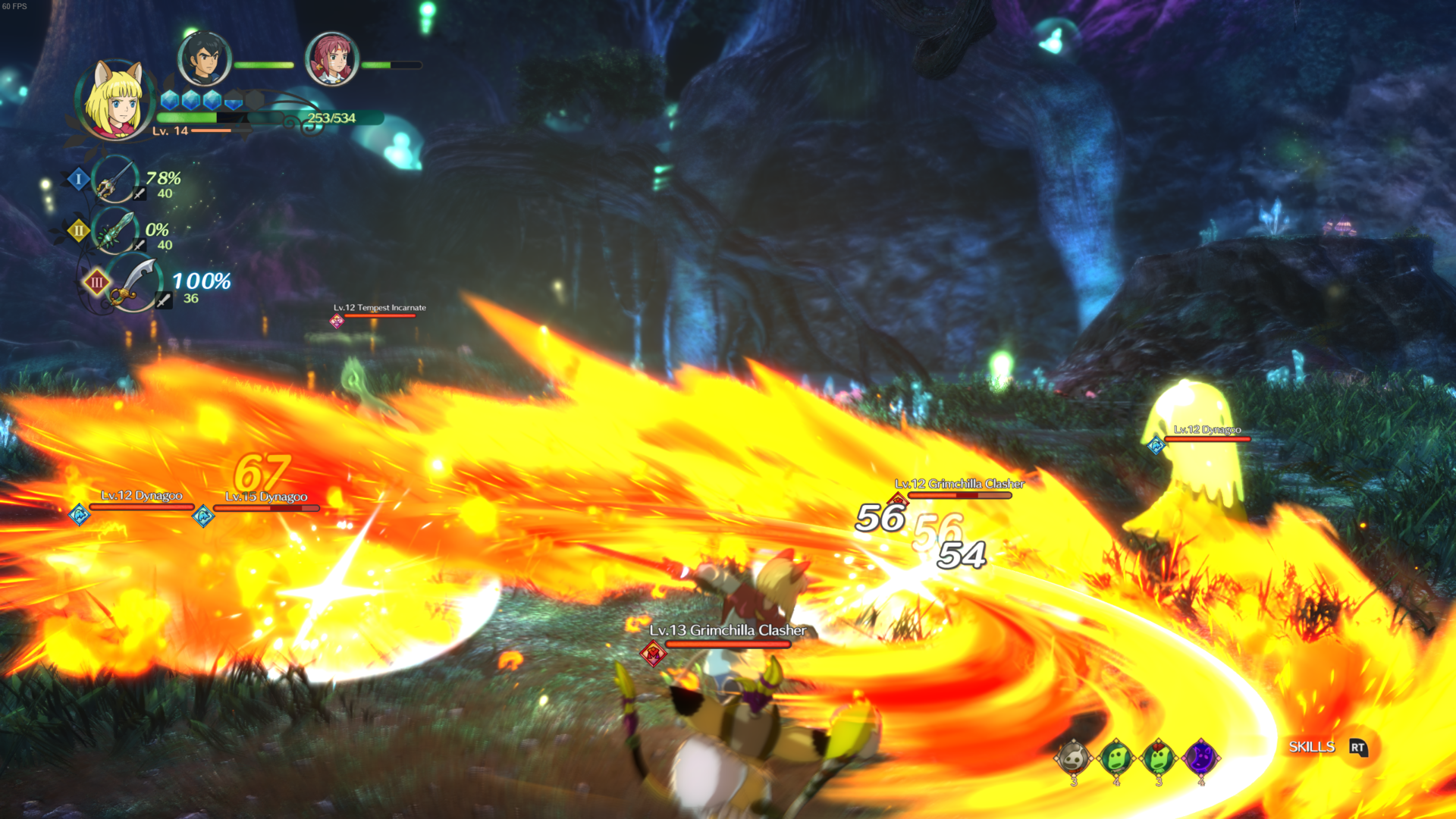 Graphics
Ni No Kuni II has some of the best cell-shading graphics I’ve seen in a long while. It’s literally bursting with detailed characters and monsters, beautiful and colorful environments, good quality textures, and fantastic particle effects from skills and attacks. Ni No Kuni II is a splendid game to see, and some backgrounds will really impress. The variety and design of environments is what you can expect from designers of the levels of Studio Ghibli (yeah they are behind design if you didn’t know).

Sound
The soundtrack is really good and each environment is well characterized by its own distinctive track. All of them succeed in emphasizing the feeling the environment already gives out.  The sound effects of hits, skills, environmental sounds, etc. are of good quality. Voice acting is professionally made and of excellent quality, even if some more voiced dialogue would have been appreciated.

AI
Enemy AI will follow standard attack patterns with no particular note to be made, it is a standard run of the mill action game AI with no ups nor downs.

Quality of Life
UI and menus are functional enough, nothing to report. 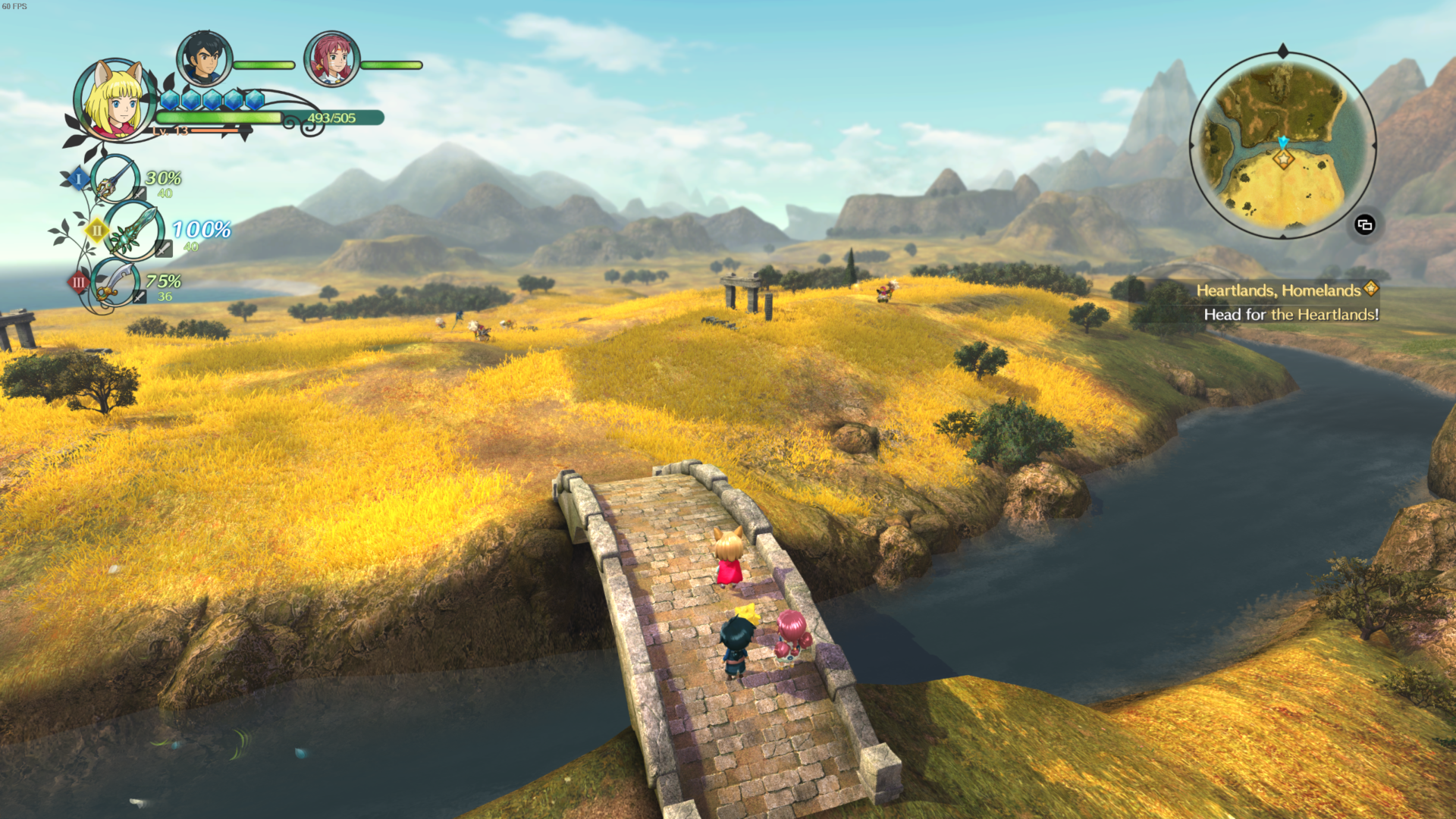 Ni No Kuni II is a very good quality action JRPG with beautiful visuals, excellent design, interesting story, a well done soundtrack, and quality voices. It is too bad it is not even a bit challenging, and that is something to consider before you decide to buy it. This is in fact its only flaw but quite a strong one. Overall, a solid game nonetheless.