REVIEW: Arslan: The Warriors of Legend

It’s another anime Dynasty Warriors, except with crusaders in Persia!

Arslan: The Warriors of Legend (Arslan Senki x Musou) fuses the gameplay of KOEI’s Warriors (Musou) franchise with the anime series The Heroic Legend of Arslan (Arslan Senki), which follows a kind-hearted 14 years old prince seeking to become king, and his entourage of heroes. The setting is the fictional kingdom of Pars, loosely based on Persia, invaded by a neighbouring country of fanatical French crusaders. The story is a mix of the Roman-Persian wars, Cyrus the Great, and the Crusades, as well as the Persian legend of Amir Arsalan. In the twenty-five anime episodes the game is based on, the larger-than-life heroes each take on dozens or even hundreds of soldiers. It’s astonishing how much these battles resemble classic Dynasty Warriors gameplay. In that aspect, Warriors and Arslan are a fabulous fit. 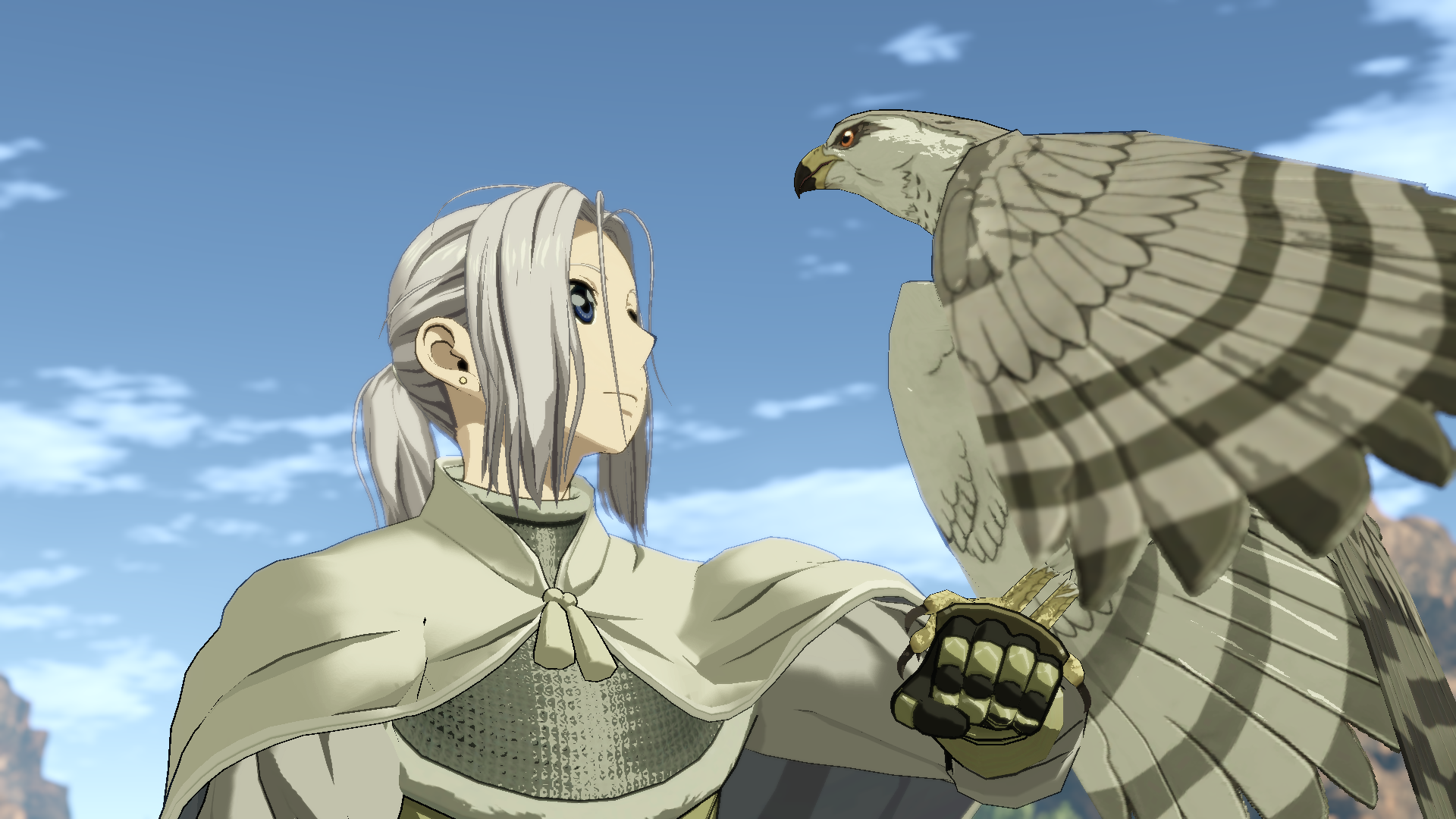 Speaking of anime episodes, the game follows the first season of the series exactly, with only very minor story alterations. The plot is told through an immeasurable amount of video straight from the anime, in-engine cutscenes, as well as mid-combat dialogues. The anime interludes are cleverly used as loading screens before battles, and all important events from the eight or so hours of the show made it into the game. The dialogues are barely altered, while many scenes are redrawn and some are recreated as in-engine cutscenes with great attention to detail. For players it’s a bit odd to play a TV series adaptation and in the process basically re-watch the series, and this certainly is the purest form of adaptation to another medium. It’s very unfortunate that the creators decided to put shrouding borders around the anime video as well as keep the game music playing during it, as this ruins player immersion. Like in all Warriors titles with the exception of BERSERK and the Band of the Hawk, there’s no blood in combat, and all blood was removed from the anime scenes. Compared to the anime, graphical violence, depictions of religious extremism and character flirting have all been turned down a few notches. The resulting ESRB T rating isn’t far from the anime’s TV-14. 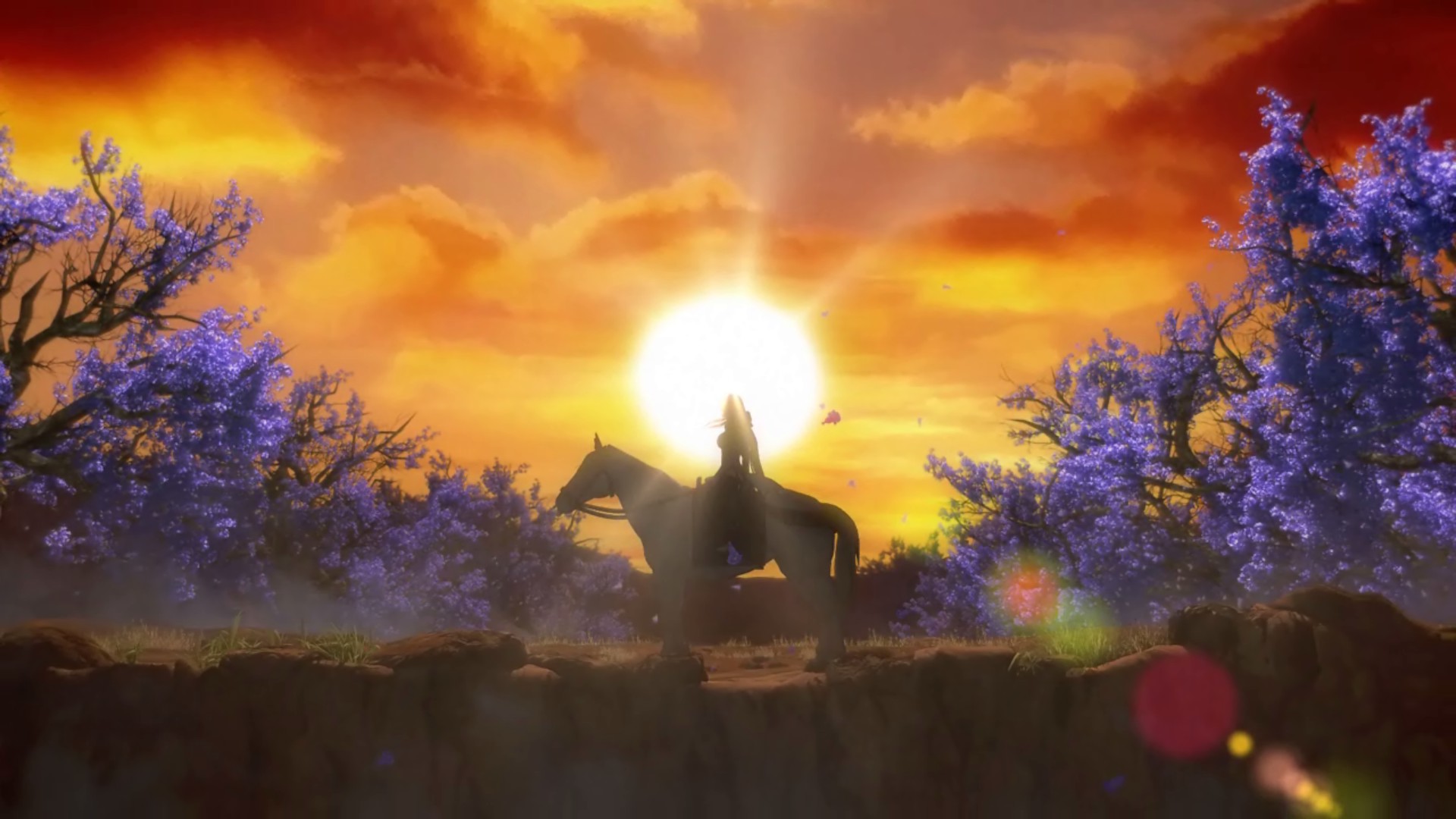 The gameplay loop of the Warriors series by KOEI’s ω-Force team is famous for pitting the player against literally hundreds of commonly rather passive enemies, and on that front Arslan is business as usual. A light and heavy attack button allow for a series of attacks to end in a usually crowd-smashing finisher. Each character has unique signature attacks, and throughout the story the vast majority of the fifteen playable characters are put into the player’s control. 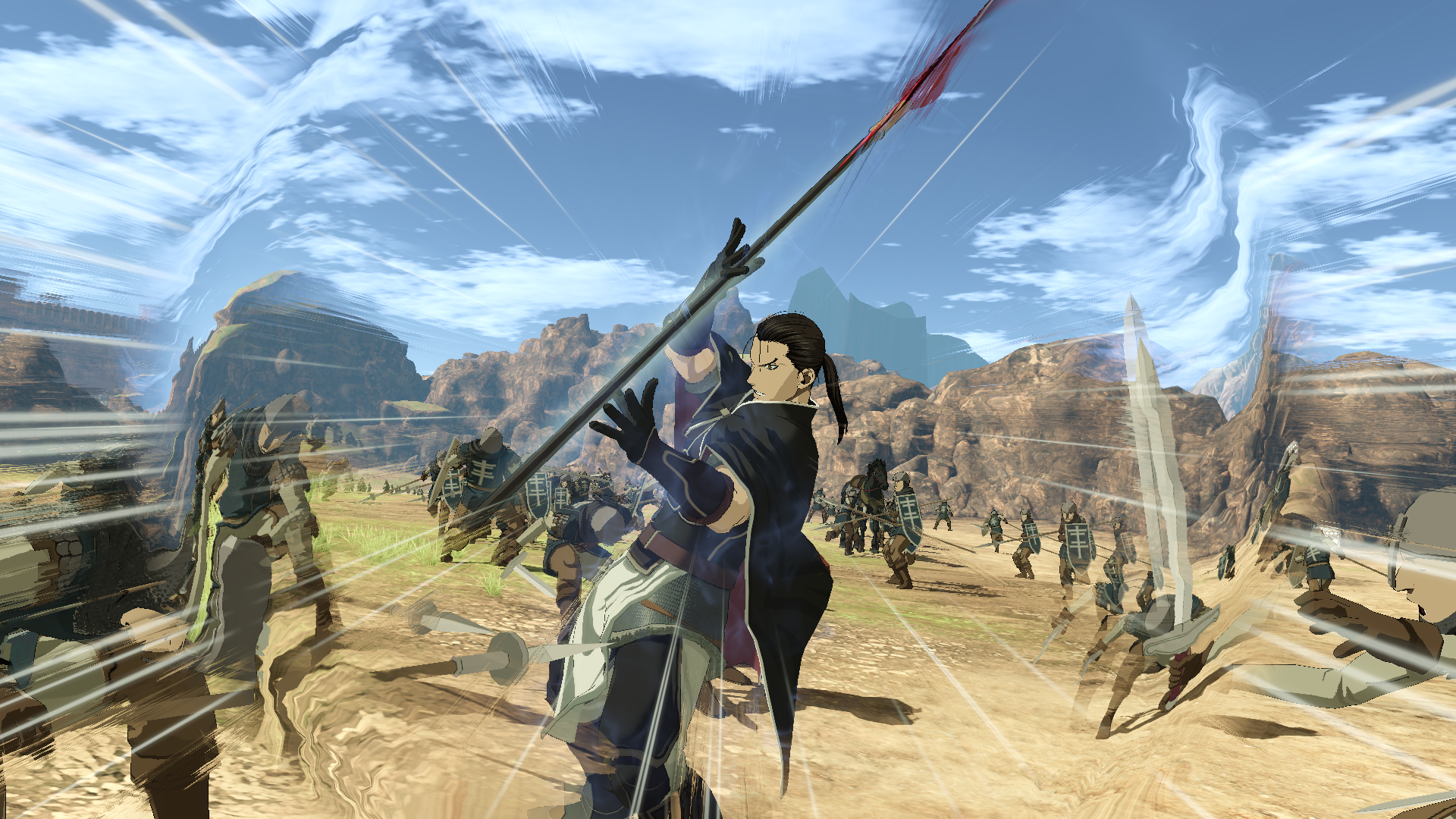 Characters can unlock up to three weapons to switch between in the middle of combat. The move set of each weapon is altered slightly by imbuing it with elemental attacks. Beyond that, there is not much difference between two heroes wielding the same kind of sword. Characters gain better attributes by leveling, while weapon levels unlock the available elemental options. Warriors buffs will note that for the first time in the series attacks with one weapon can be chained into even stronger combos with another. Another new feature are rush zones where the player can band together with large groups of friendly units at the click of a button and ram a group of cavalry or foot soldiers into the next objective. 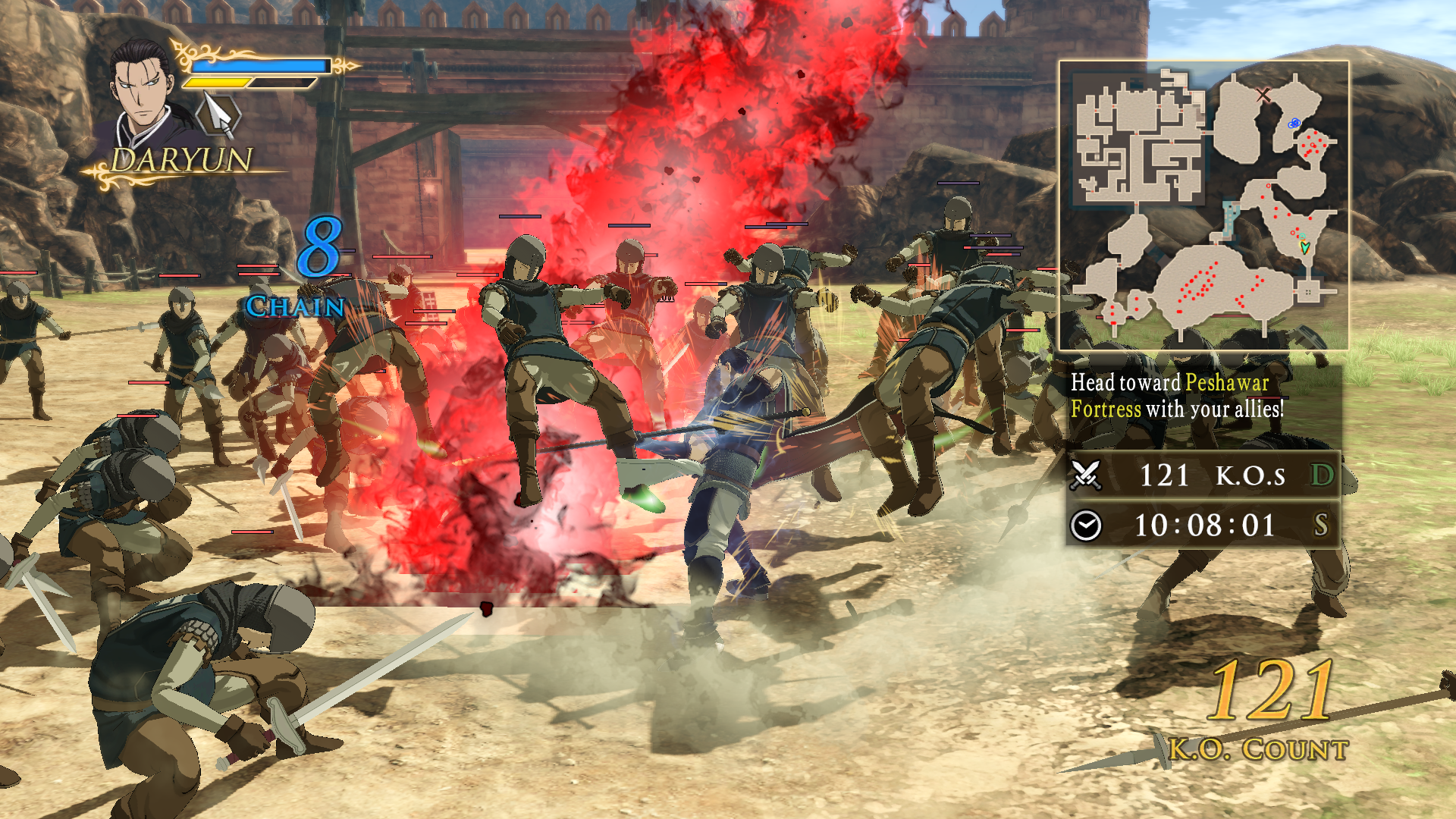 Most major characters you fight as well as a small number of the leaders of the nameless hordes you mow down have a regenerating shield that prevents them from taking any damage until it is temporarily broken. For some seconds, the enemy is stunned and cannot move or do anything, while you pummel at their health bar, before the shield is back up and the process repeats. Perhaps this design is intended to prevent whittling down major bosses by racing through them with mounted attacks over and over again, to encourage hitting the correct target over and over again rather than spreading damage far and wide. The shield system seems unwarranted and has no basis in the anime. It feels cheap to only be able to damage a strong enemy when they are unable to walk away or retaliate, while a sudden shield reset on a virtually dead enemy can only be frustrating. Another issue is that a some characters offer moves that can easily interrupt a still-shielded enemy’s attack, and those heroes are naturally much more capable of taking on harder difficulties. In practice, it comes close to stun-locking an enemy at will. 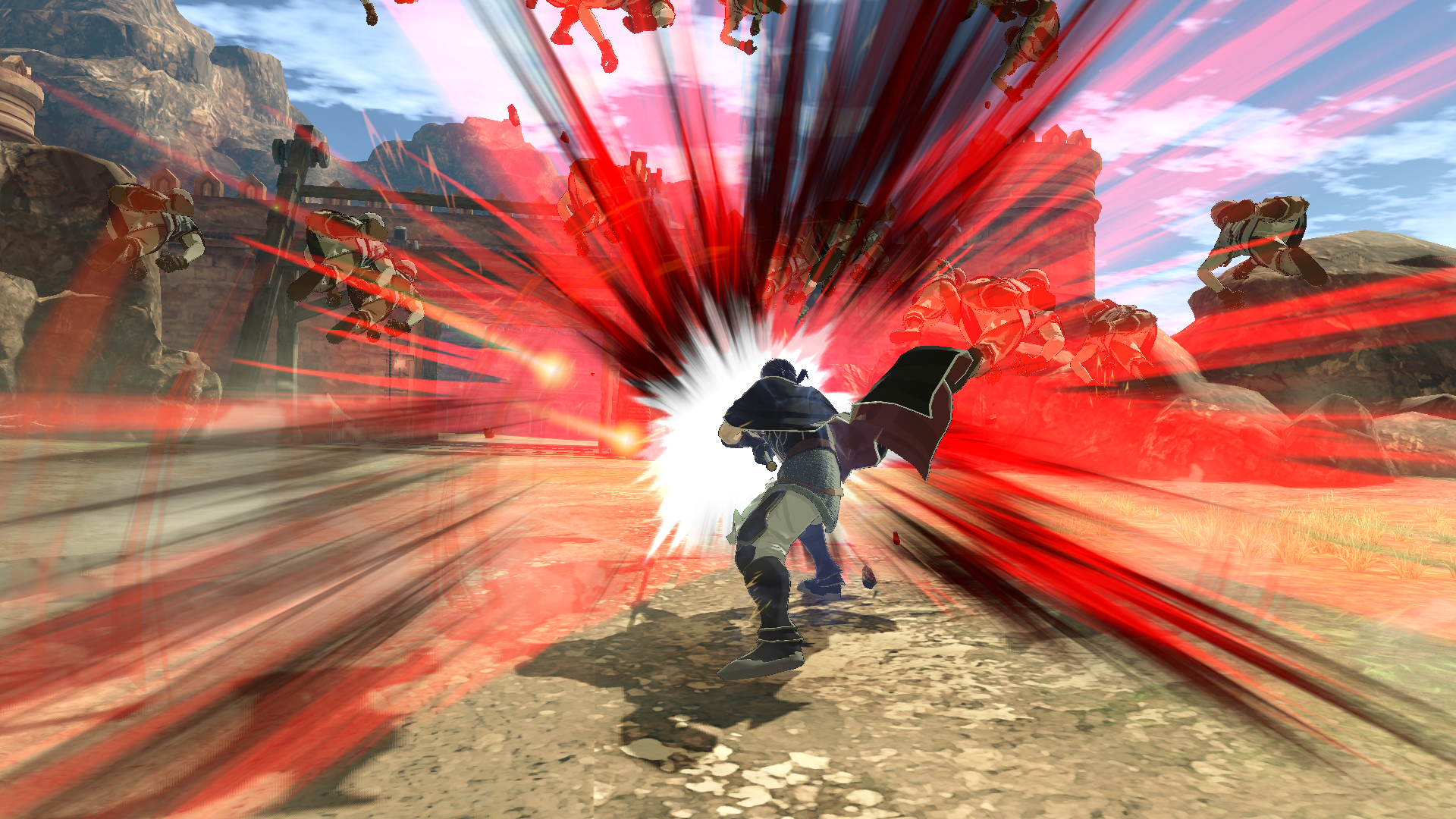 Top notch character art is a given in KOEI games, and Arslan is no exception. The cel-shaded visuals are fantastic and look fresh more than fifteen years after the style was first used in Jet Set Radio. On the other hand, the battlegrounds are much more pedestrian, at times even starkly at odds with the corresponding locations in the anime, and castles notably lack in grandeur by comparison. The levels feel like they would not be out of place in KOEI’s usual Romance of the Three Kingdoms and Sengoku Japan games, hence there’s often not much of a Persian flair to the structures. Their graphical fidelity is also rather last-gen, perhaps partially due to performance considerations with the game already having to render the signature endless hordes of soldiers. The level design is a tad on the barren and formulaic side, with gimmicky item chest placement at the outside walls of any big area, in the same places those items already were found in PlayStation 2 Dynasty Warriors titles. 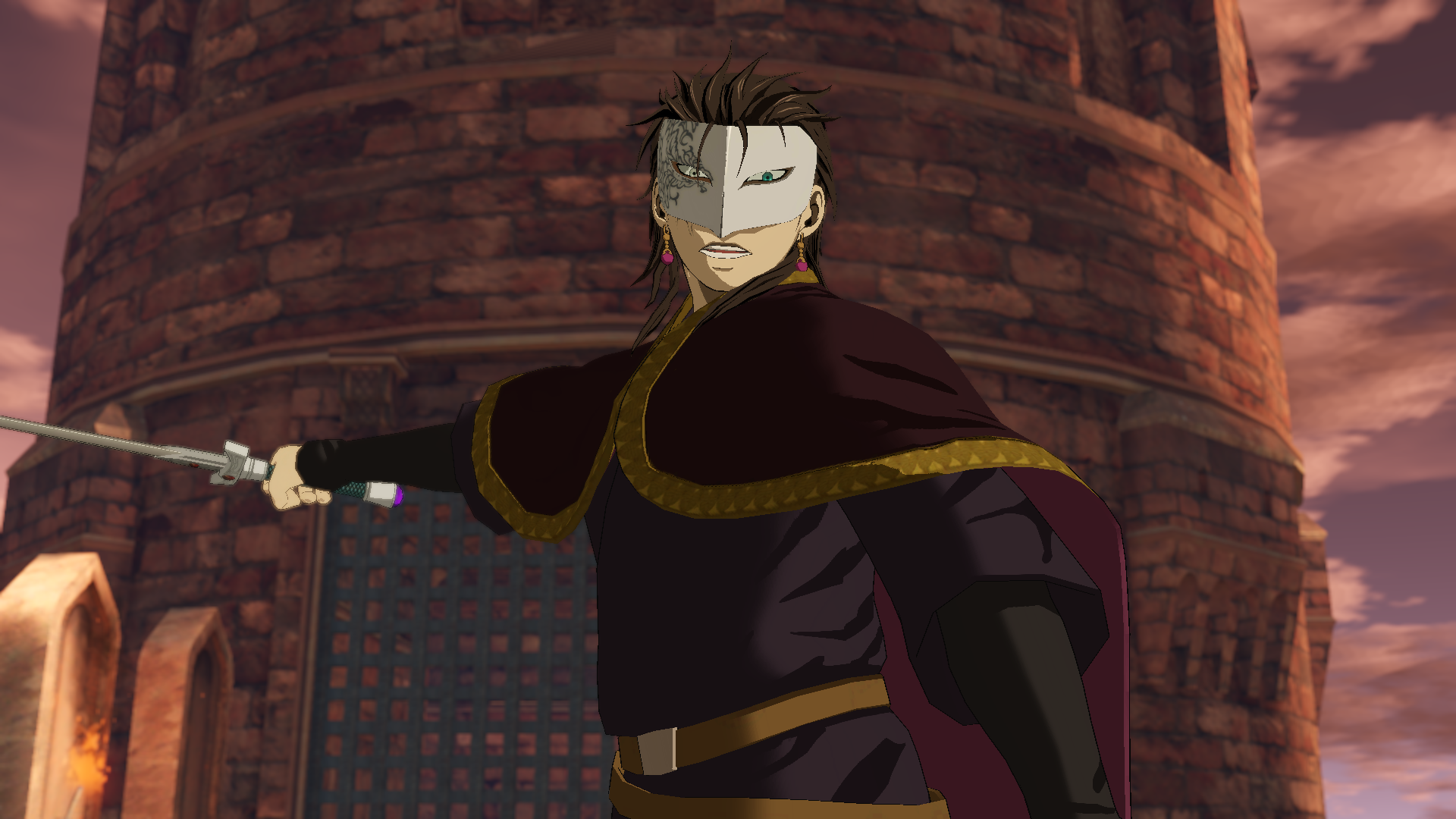 At eight to ten hours story length including the many cutscenes and videos, this is the shortest of all the Warriors games and spin-offs. All completed story levels and some bonus missions can be accessed in free play mode. 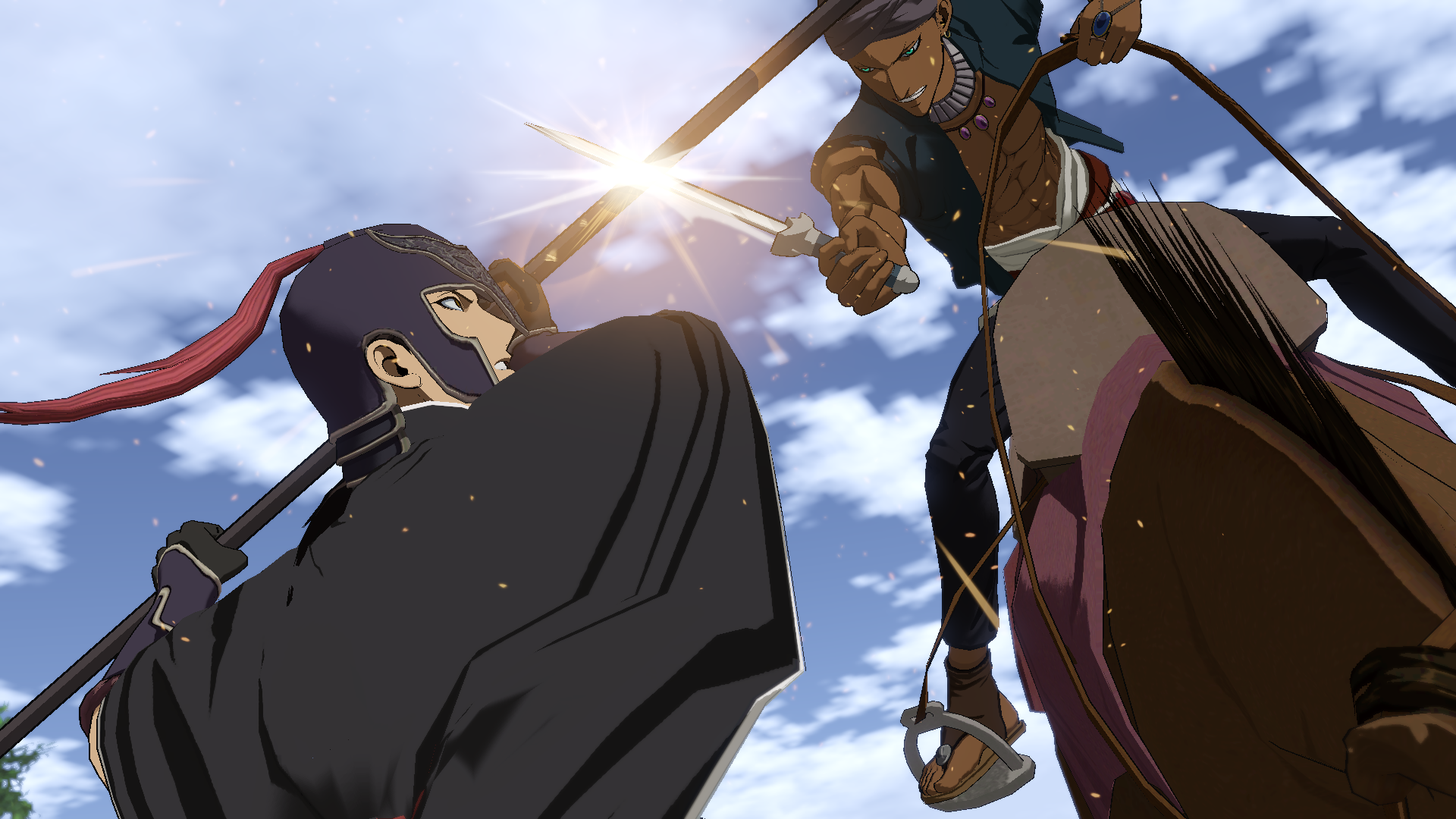 In order to best the higher difficulty levels, it may be desirable to spend some time grinding to level characters, and there are a number of challenges and achievements designed around getting perfect scores in all mission objectives. Expect 40 to 50 hours for all this, but it’s more repetition than actual game content. 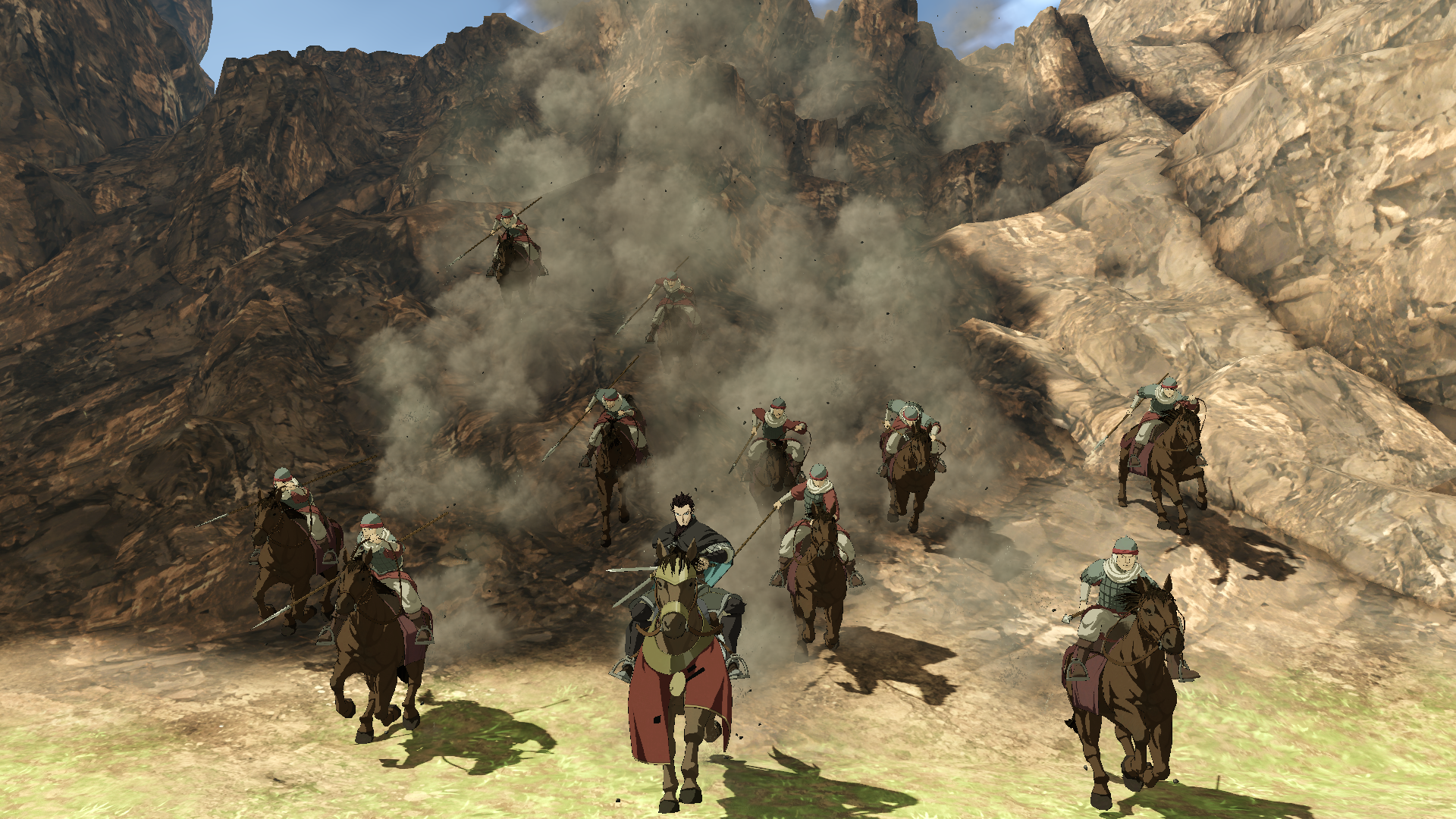 It’s not exactly apparent from the game’s Steam store page, but it features both local and online two player co-op. This goes for the story mode as well as free play. Locally it supports drop-in and drop-out at any time. The second player can pick any playable character, so your friend can even aid you using one of the villains.
Online multiplayer uses Steamworks to invite friends or play with strangers. 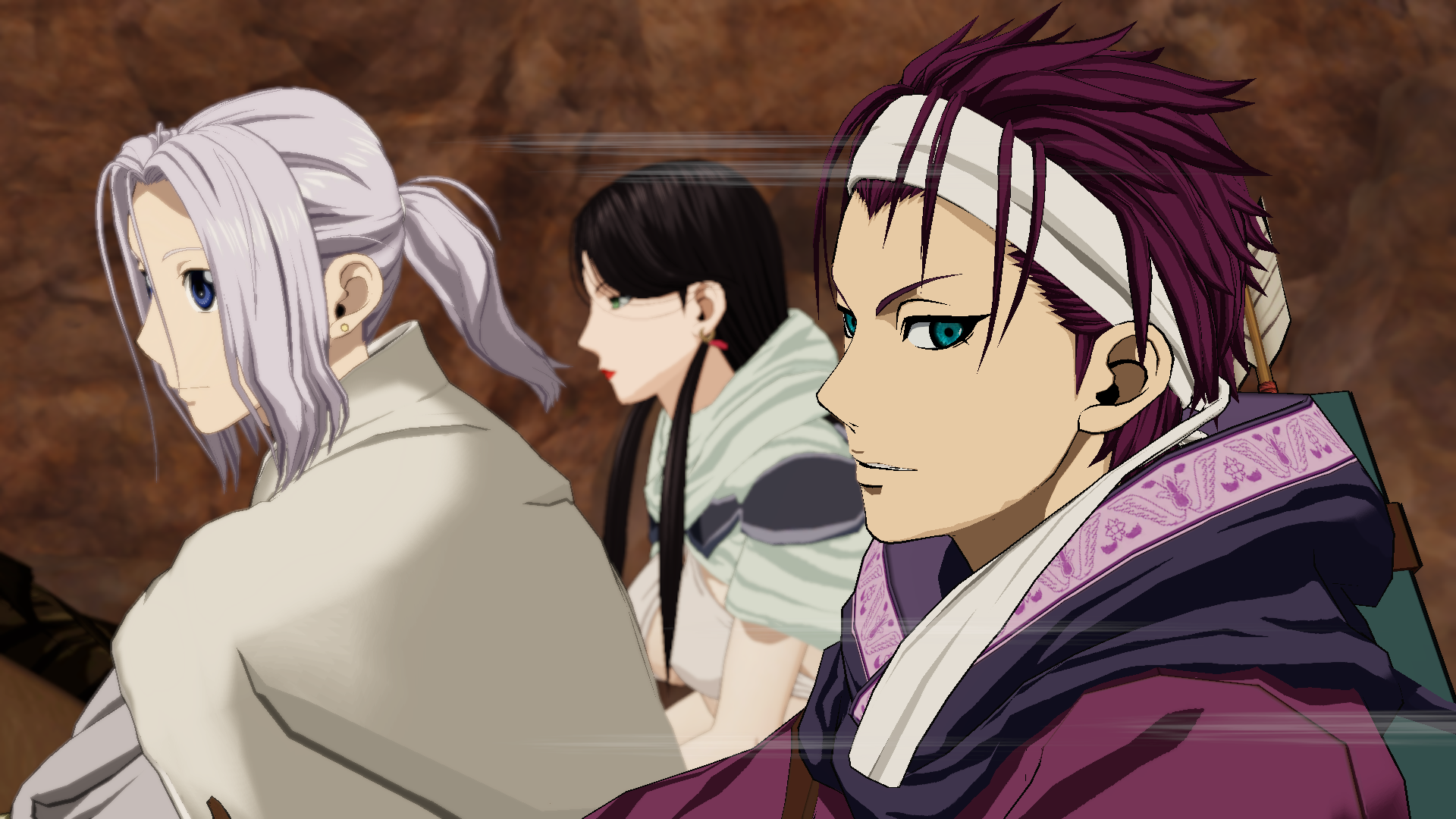 The Warriors of Legend has the same catalogue of problems all Warriors games sport. Series fans commonly learn to live with them, but they still deserve a mention. The camera controls have been unwieldy and jerky in all ω-Force games on this engine. It’s common to lose track of the enemies that must be defeated for the current objective as they’re only shown on the mini-map, and after knocking them up in combat finding out where they landed to continue the onslaught can be a challenge in itself. It does not help that character names and descriptors use the same font and style, thus finding a boss between several ‘captains’ and ‘generals’ need not be easy. The items that special enemies drop upon being defeated are equally hard to locate in a group of enemies in mid-combat. 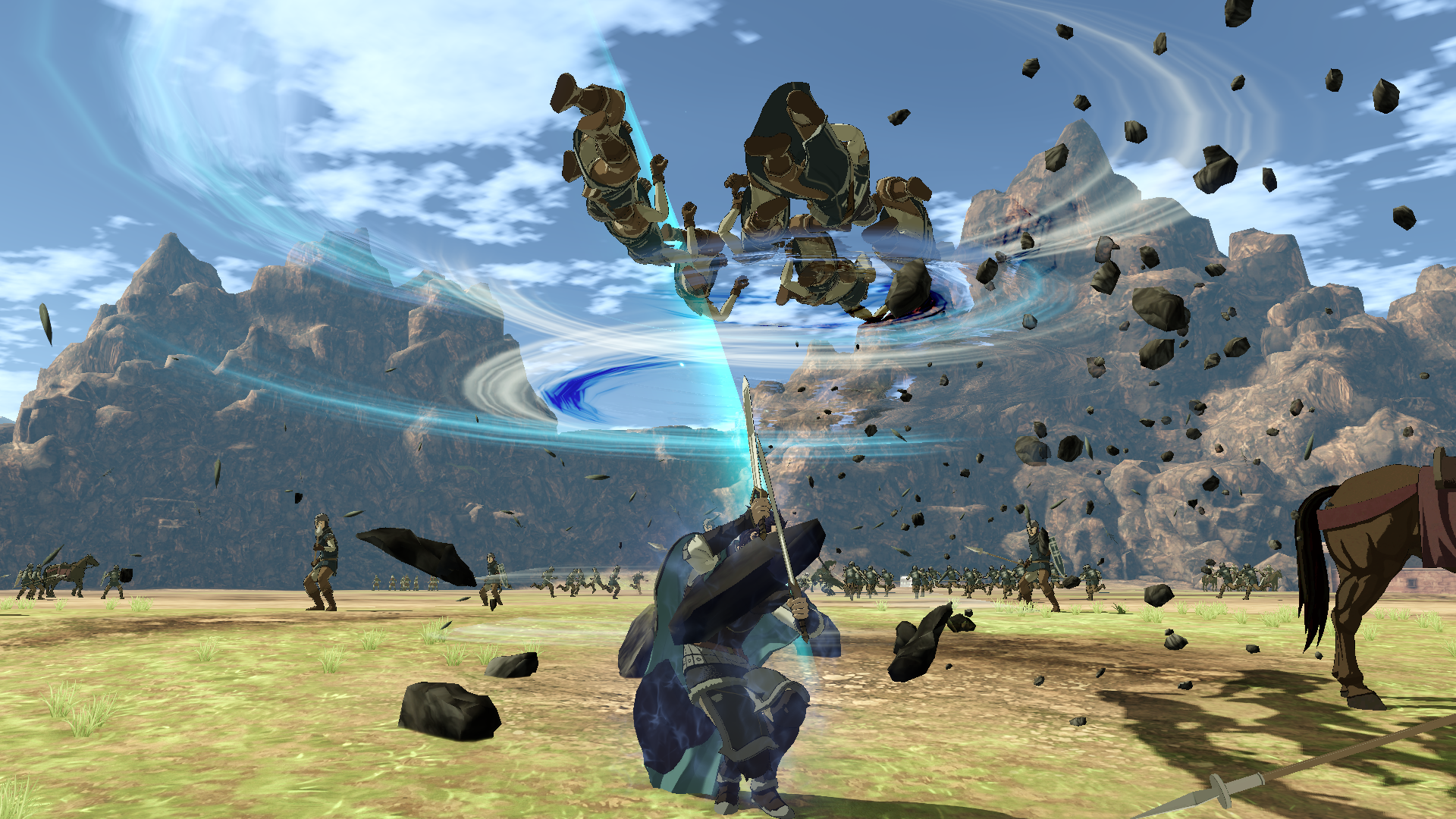 To follow the story, players not fluent in Japanese rely on the English subtitles. Much of the dialogue happens during combat, but they operate in the same message queue as mission objective updates, and triggering a lengthy special attack animation or a group rush attack removes interface elements like said subtitles, while the conversation audio continues playing. In addition, in-engine story cutscenes and tutorial prompts are all too happy to cut into ongoing dialogue. The series has an interrupted storytelling problem. A couple of the conversations during battles should definitely have been confined to cutscenes – it’s not very immersive to witness a conversation between your character and a dying man on the ground while galloping across the battlefield in a totally different location. 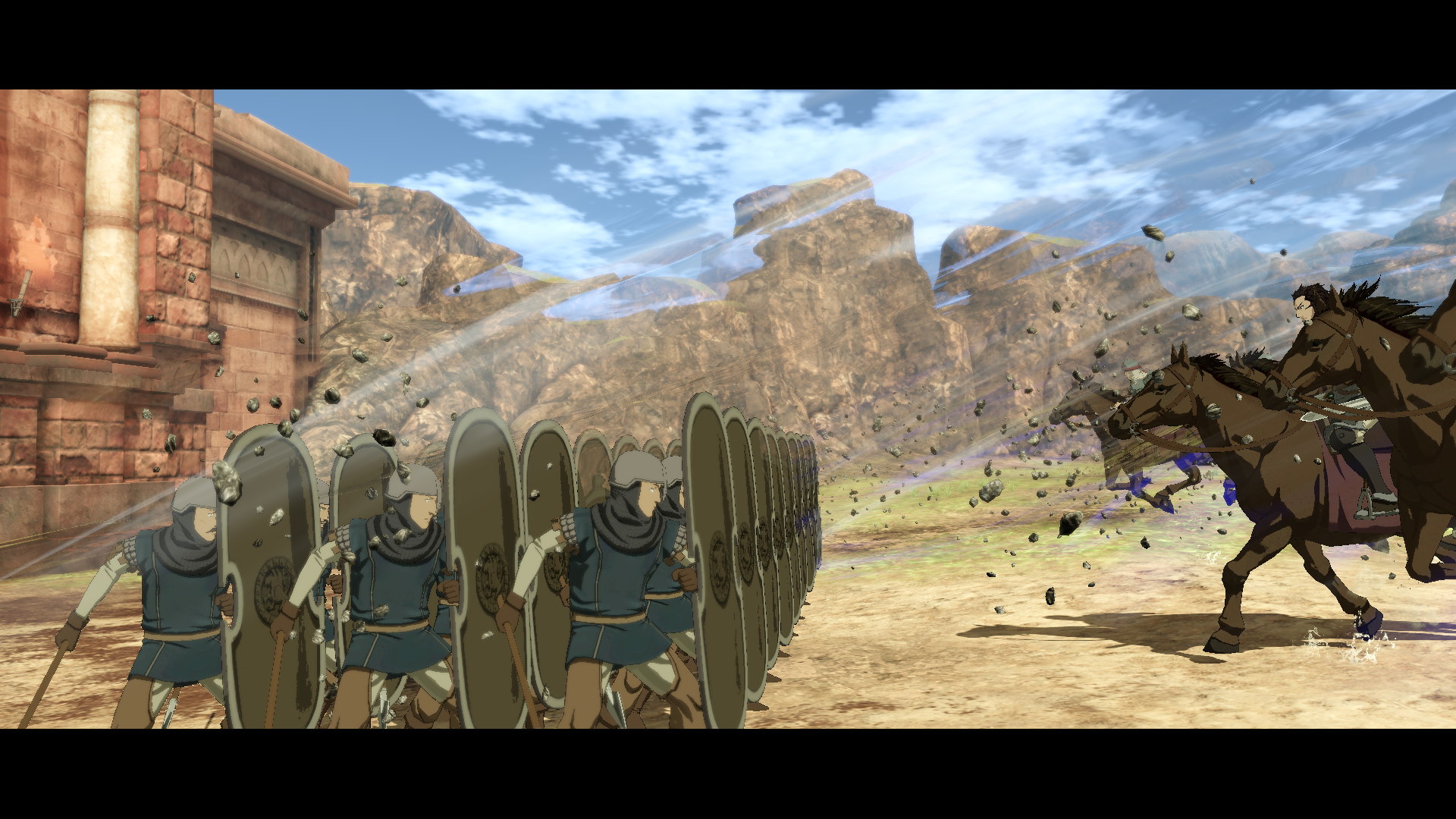 The event scripting feels quite glitchy, and has always been that way in all Dynasty Warriors titles. It’s normal to regain control of your character after a cutscene, only to have a group of enemies spawn right in front of you after a second. Attempting to commandeer an abandoned horse previously used by an NPC can fail due to the horse despawning as you stand next to it. 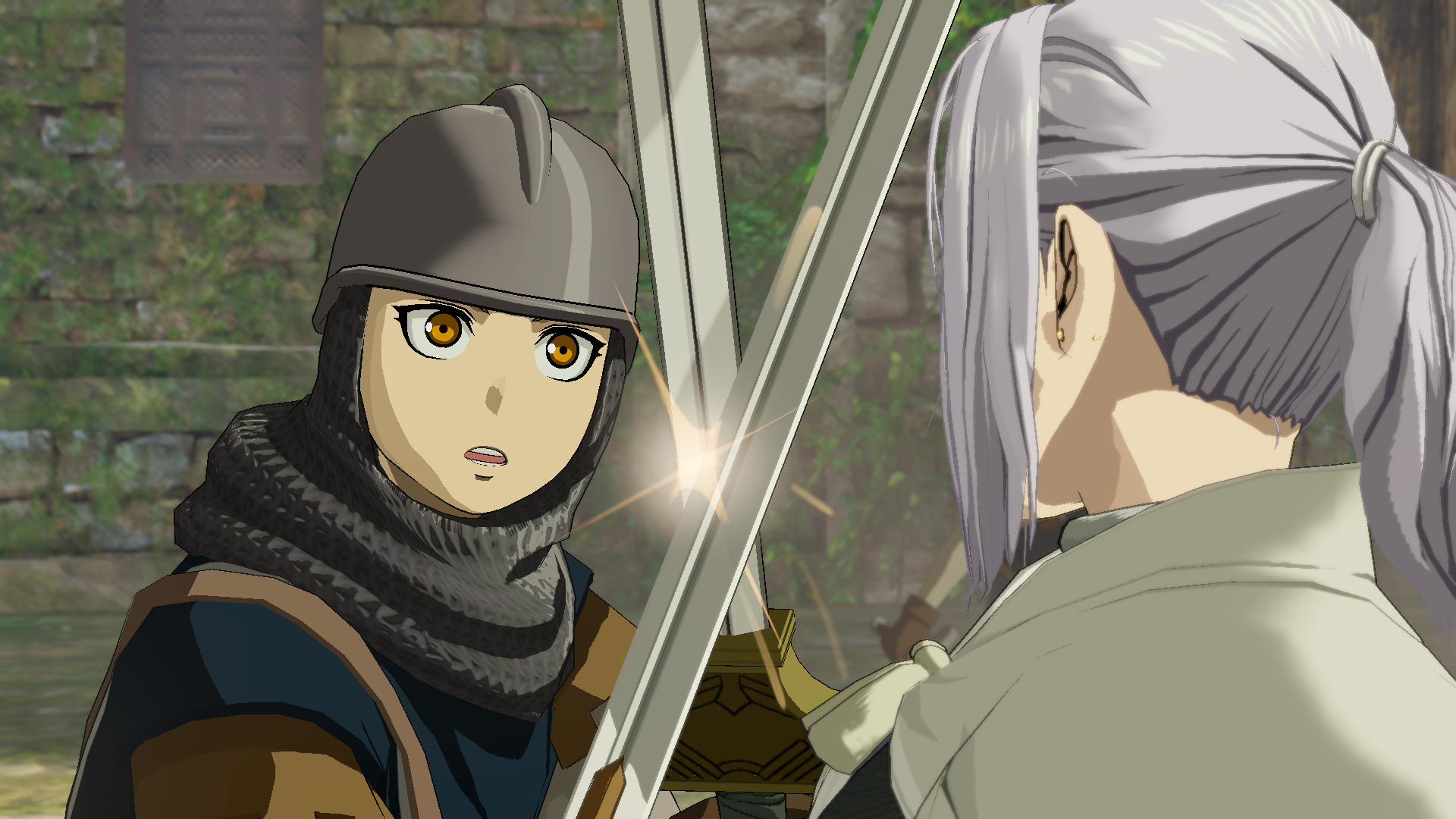 The controls for anything else than moving and slicing are unnecessarily clunky. This includes things like mounting horses, climbing ladders, or the game’s blocking and dodging system. They all essentially require the player to stay in place momentarily before button input is accepted. 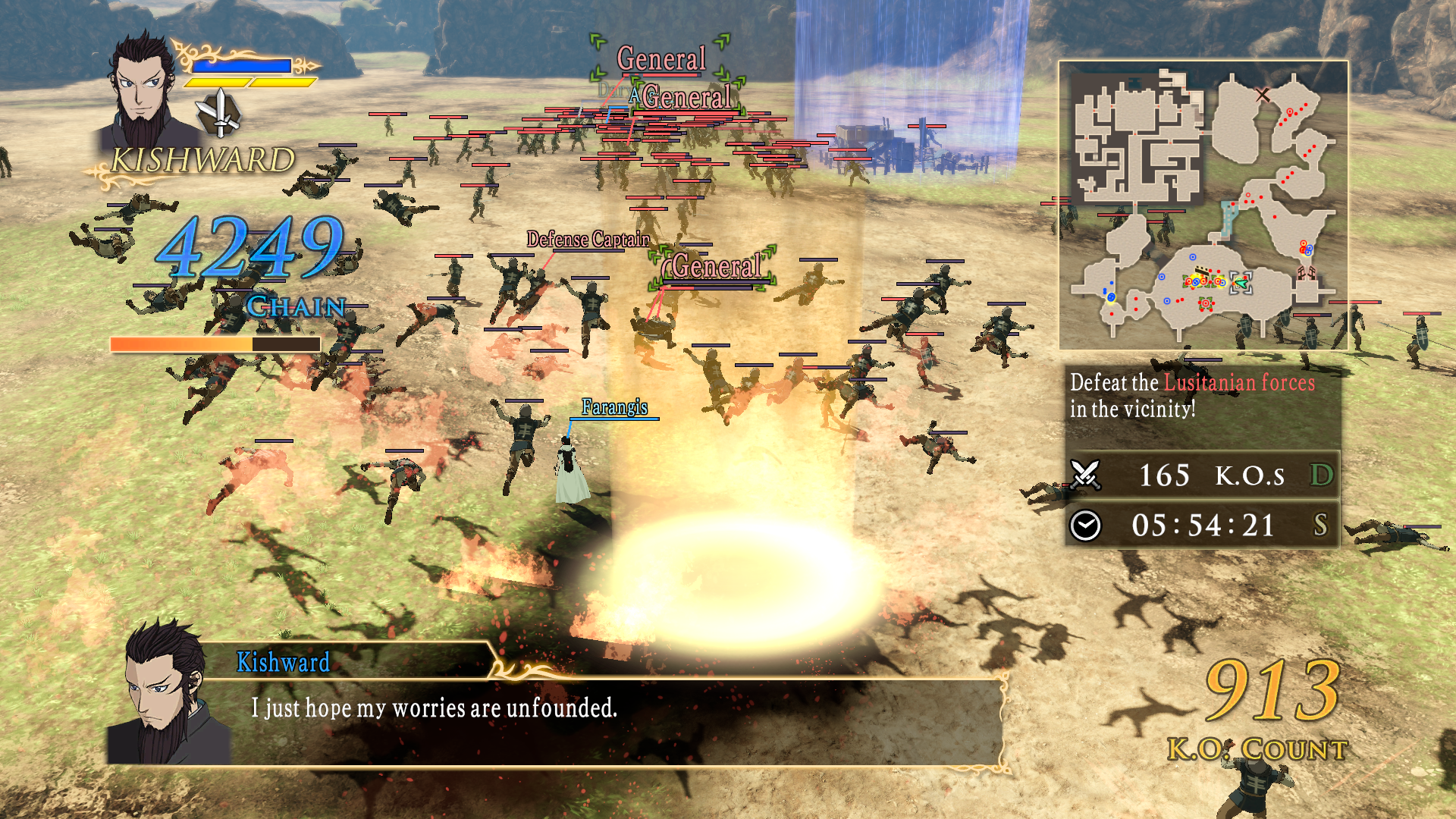 Ultimately, The Warriors of Legend won’t convert any haters to Warriors fans. Players who don’t enjoy hacking and slashing thousands have no reason to look at this title, though they may of course enjoy watching The Heroic Legend of Arslan.
Musou aficionados who also enjoy the anime will certainly find entertainment here, but it’s undeniable that Samurai Warriors 4-II – already recommended in our review of its spin-off – provides more value for money and a better genre experience at a cheaper price.