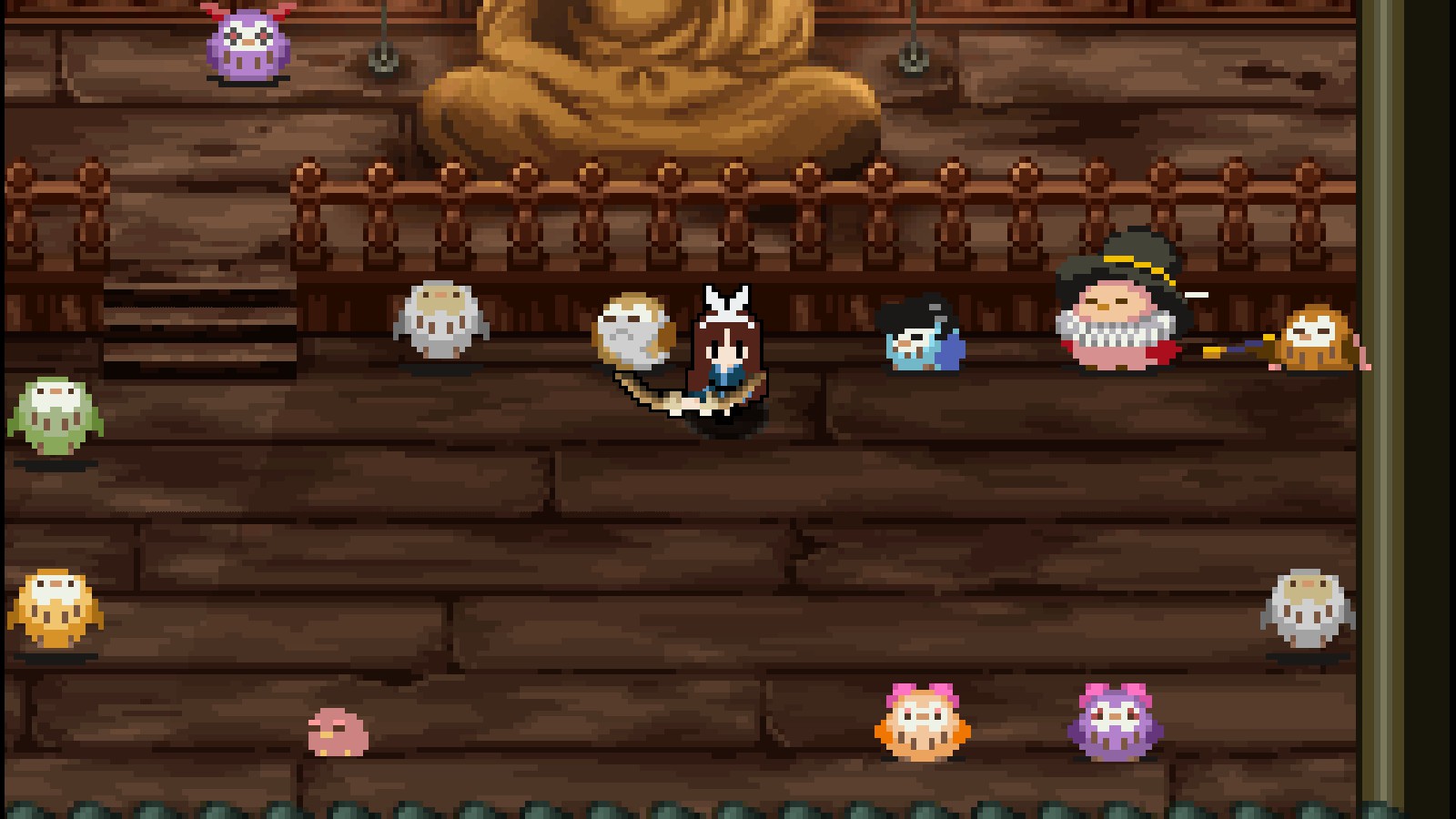 REVIEW: Cladun Returns: This is Sengoku!

Okay, but this town seems dope even though we all can’t reincarnate.

Cladun Returns: This is Sengoku! starts rather quickly as once you finish picking out and characterizing your character, you’re thrown into the story in the Sengoku period. It turns out, you died before the game started and have been tasked to take care of other souls so they can move on from purgatory, or Arcanus Cella. At the same time, other souls are unable to reincarnate even though their business was taken care of. The only way to solve this is to run through dungeons to hopefully get closer to what is preventing souls from passing. 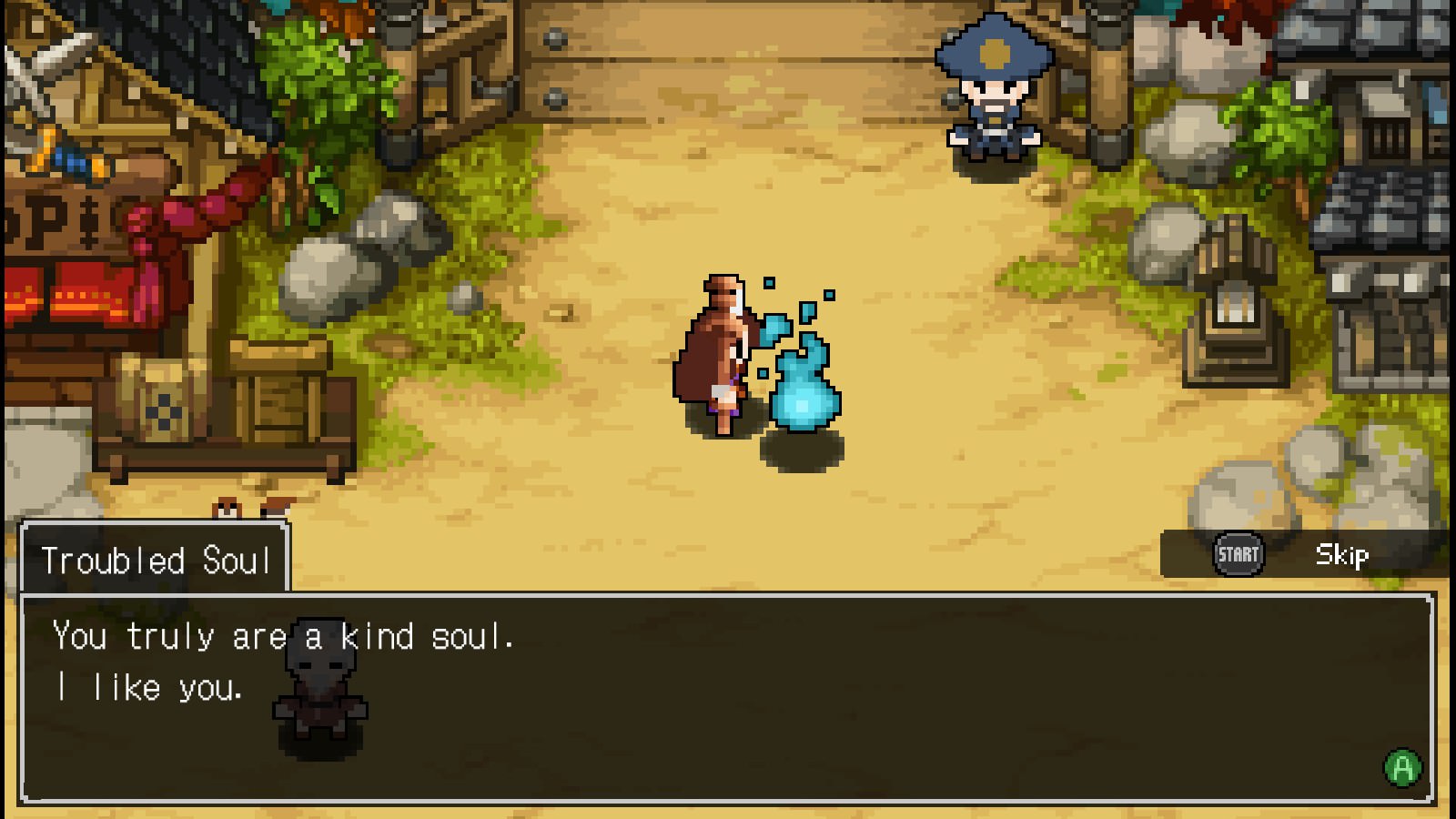 Before you go into the dungeons, there are preparations to attend to. This is exceedingly important as it can not be changed on the fly while you’re in the dungeons. What’s unique about Cladun is the magic circle it uses for stats and leveling up. The character you take control of, or the lord, will be able to change their weapons, armor, equipped magic/abilities, and the type of magic circle they will have. The one thing I do wish you could do in the dungeon is change weapons as there are areas that require a specific weapon type, such as in the beginning where there are blocked areas that you need a hammer type weapon to get through. Magic/abilities are dependant on what job the lord has, so make sure you really want to change their job as it will reset your back to lvl 1 no matter what level you were (for example going from a lvl 22 ninja to a lvl 12 samurai that you were before, will instead revert you back to a lvl 1 samurai) so be careful there. Not only are the type of abilities you unlock based on your job, the magic circles you unlock are as well. As these magic circles will be based more around that job and what you might use rather than you might not. So if you find yourself wanting to use magic a lot, consider a job that is more inclined to having more mana. 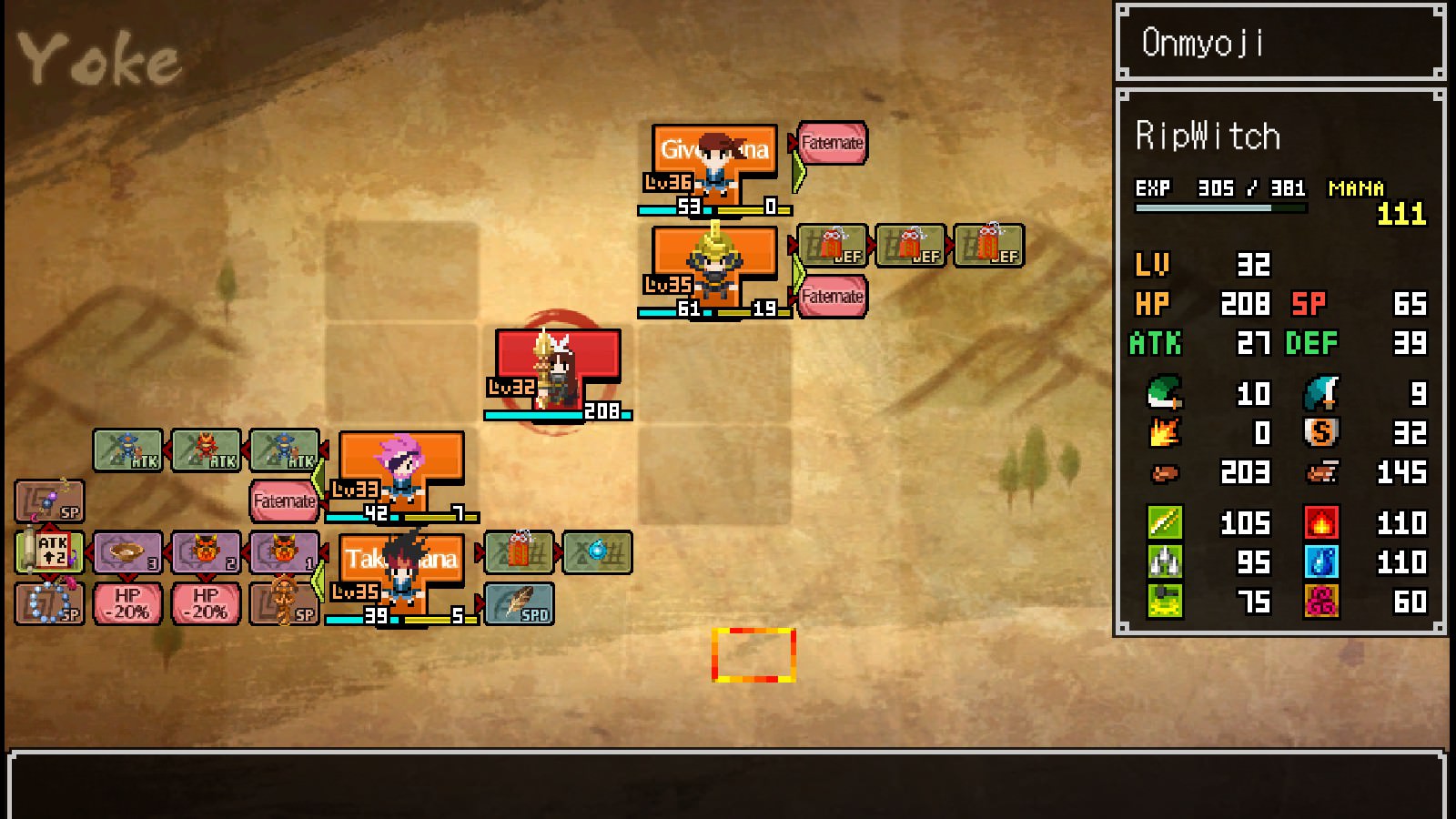 Magic circles are basically the equivalent to having a party but at the same time not. There will be spaces around the lord that you can put other characters in, or vassals, that will, in turn, have slots that will affect them and you. You can put artifacts in black slots the vassals have that can give you a boost of defense or attack, but it can take away 20% of their health. Or you can have a magic circle that will bind at least two vassals, so you have to somehow not have a low health vassal linked to a high health one as they will both die at the same time. Why is the health penalty important to the vassals? Well, they are used as shields as you will not be hurt unless all vassals are dead. The magic circles are complicated, but if you know how to build strategies around them and their disadvantages, they can be a great advantage.

Once you’re ready, you’ll have 50 story dungeons to go through. All are bite-sized and do not take a lot of time to get through. Each dungeon contains an array of enemies and gates to unlock. Each gate will either require you to defeat the enemy (or enemies), flip switches, or press buttons to open them. A decent amount of the dungeons can actually be run through without attacking, but in the long run, this will not help at all. The name of the game here is to learn attack patterns, try to dodge or block if you can, and try to keep damage high. There will be points where strong enemies will be a gatekeeper and that gate will be where the exit is. Though weirdly enough, you might actually have more trouble with regular enemies than the bosses. As the bosses are either so easy they’re weak.  They can even somehow kill themselves, as in my case, or just be a group of regular enemies. 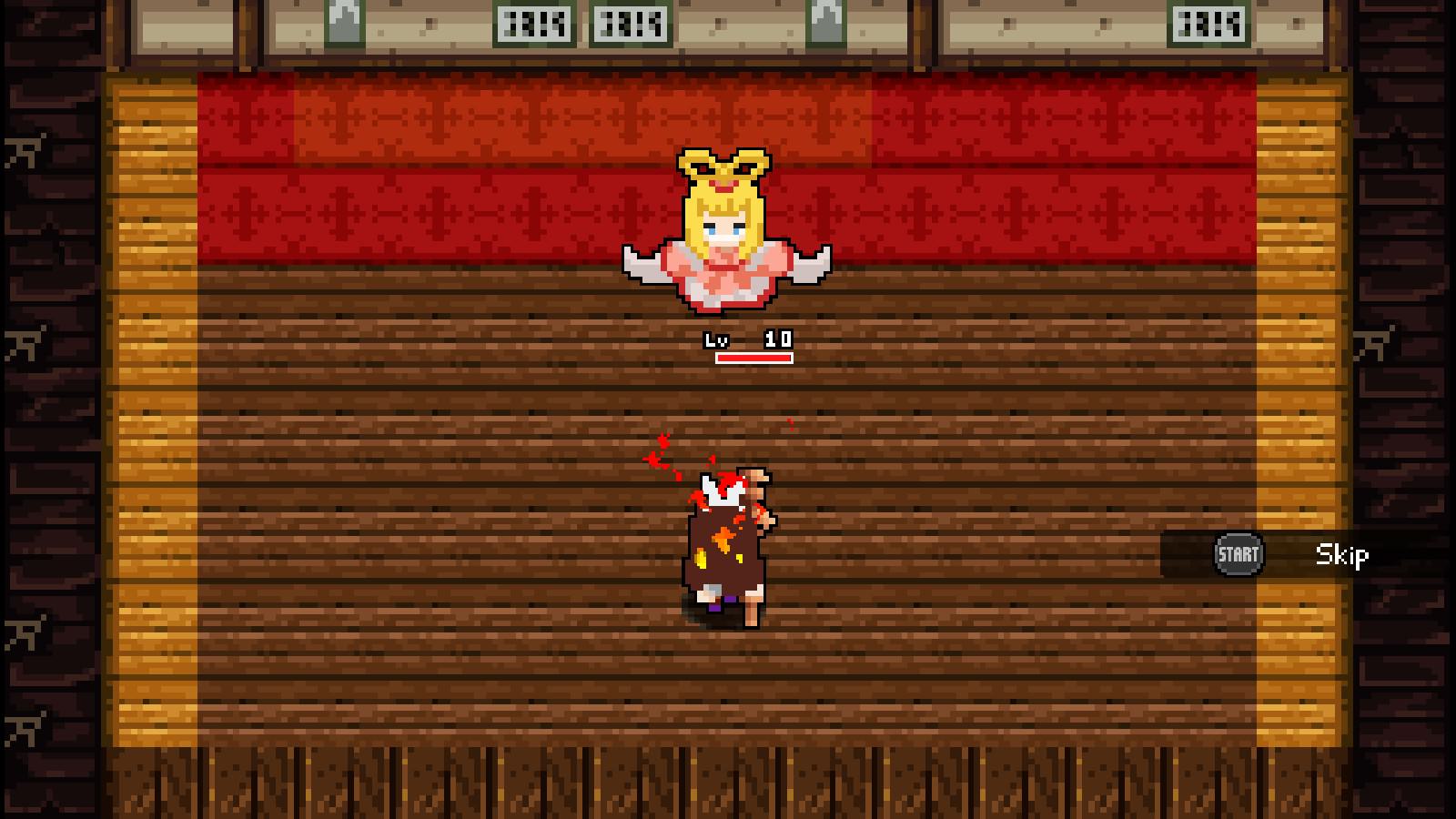 What I found that was really frustrating was the enemy sight. Early on you’re told that enemies will not start fighting you till you get into their line of sight, however, they can see you through walls. If you’re on a particularly tricky dungeon that requires you to virtually fight every enemy you come across, either because they deal a lot of damage to you or they need to be defeated to open a gate, enemies that you’re not ready for will suddenly attack. Chapter Six was the worst, as the majority of the first dungeon enemies are ones that can do strong attacks from a distance. Traps that you can only see up close also litter the dungeons, which can either help or kill you. There is a high chance you didn’t pick a job that lets you heal yourself, so you will have to rely on heal traps. If you’re not paying attention, you can be hit with traps that can send arrows to you or light a small area with its effect. These traps can be a little frustrating since sometimes you don’t see them and die to them. Which will end you with half the exp you earned and no loot to bring back. So either try and try again, change your magic circle, or grind it out till the monsters are trival based on your damage or your defense. 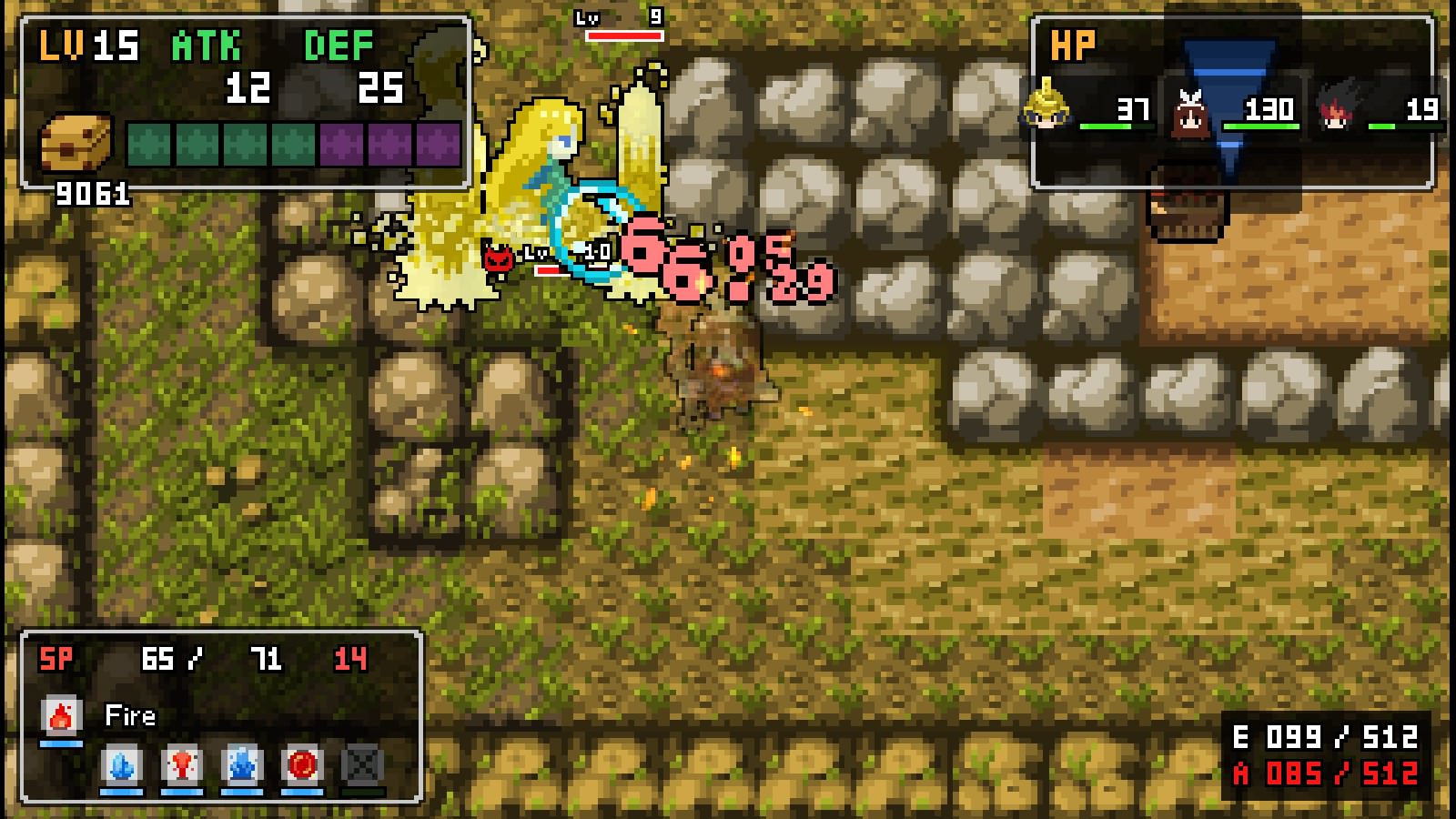 Once you finish the first chapter, you may see the start of after story content. In fact, a lot of after story content. If you want to get all of the achievements, there are a few that will take a long time such as leveling up to the max several times. From what the game itself gives you, once you finish a chapter an extra chapter is unlocked. These “EX” chapters serve as an extra challenge to players as well as give you the challenge of saving a lord soul. There are also side quests, which you can do while the main story is going on, but there are quests where you have to wait before you’re able to. Each quest has a specific chapter they have to be completed in, which can either be completed in any dungeon in that chapter or a specific dungeon. These can involve either killing a set amount of enemies to get an item drop,  using a specific magic circle, or speedrunning the dungeon. On top of this, there are three different types of Ran-geons, which are randomly generated dungeons that have 99 floors. Online play is also available if you have friends that also bought Cladun Returns, but I did not have a chance to try it out. 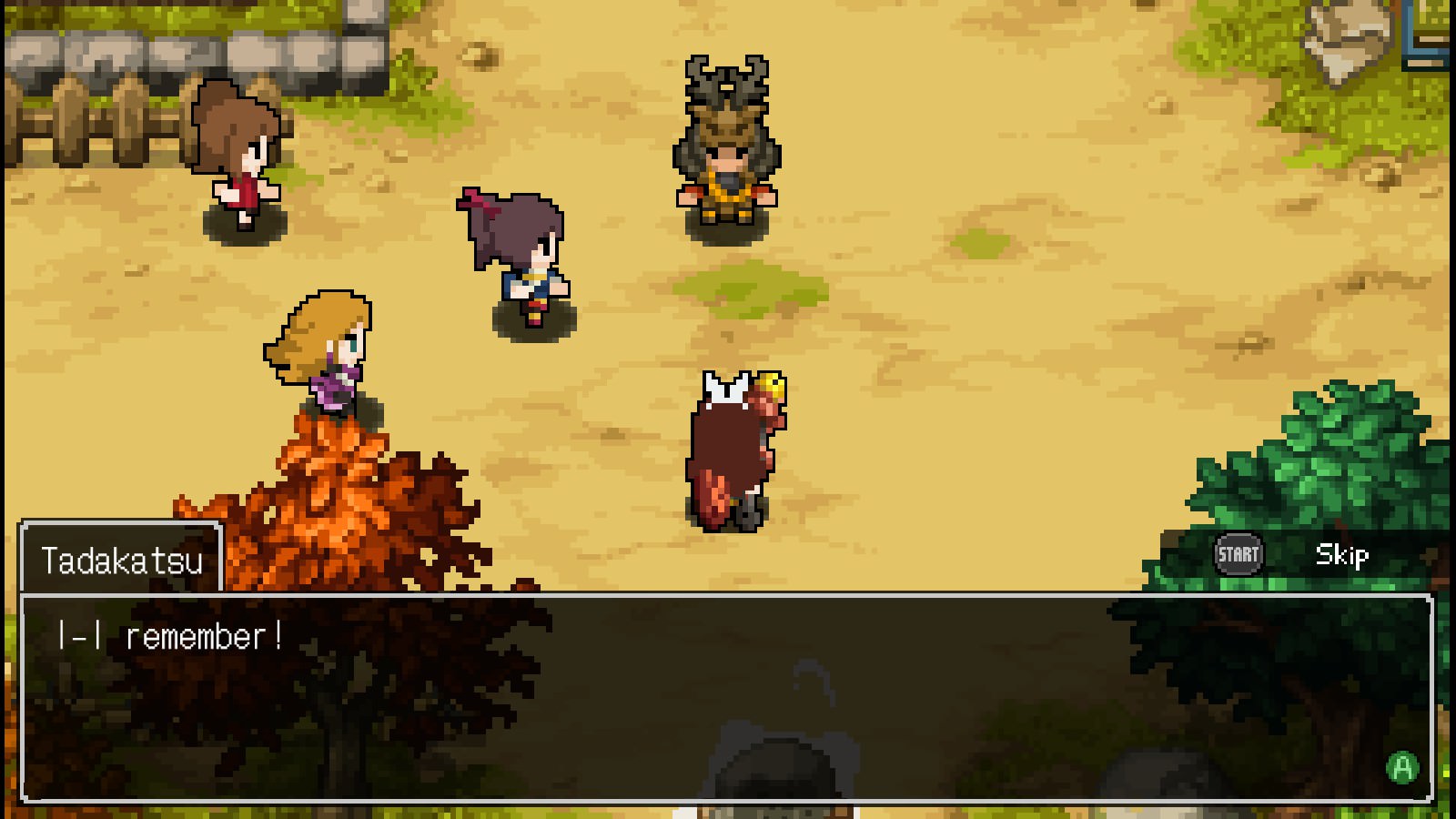 I found myself not caring for the story throughout my playthrough. It’s painfully obvious the story was not the focus of Cladun Returns, which is weird for a RPG. As long as you don’t care for a game that does not put the focus on the story, this aspect will not bother you. However, if you wanted a more story-centric game it will. Cladun Returns does seem to focus on retaining the player longer, giving a reason for players to level and re-level again as well as allowing a lot of strategies players can try out.  As long as you don’t care about grinding, this game would be good for you as well.

While I was playing Cladun Returns: This is Sengoku, my impression of the game would vacillate frequently. There were moments that I liked it but at the same time there were areas where it did not work for myself. Cladun does bring in some interesting and unique aspects that I did overall enjoy and I do appreciate all the content which they added to compensate for the story, though I do wish the story was able to hold its own. While it may be because I never played the previous Cladun games, for me this felt like an overall average rpg once you learn everything. If you find what Cladun offers interesting or you are a fan of previous Cladun games pick this installment up. Personally, though, I would wait for a discount.