Burgers 2 is a classic top-down shooter with modern elements. 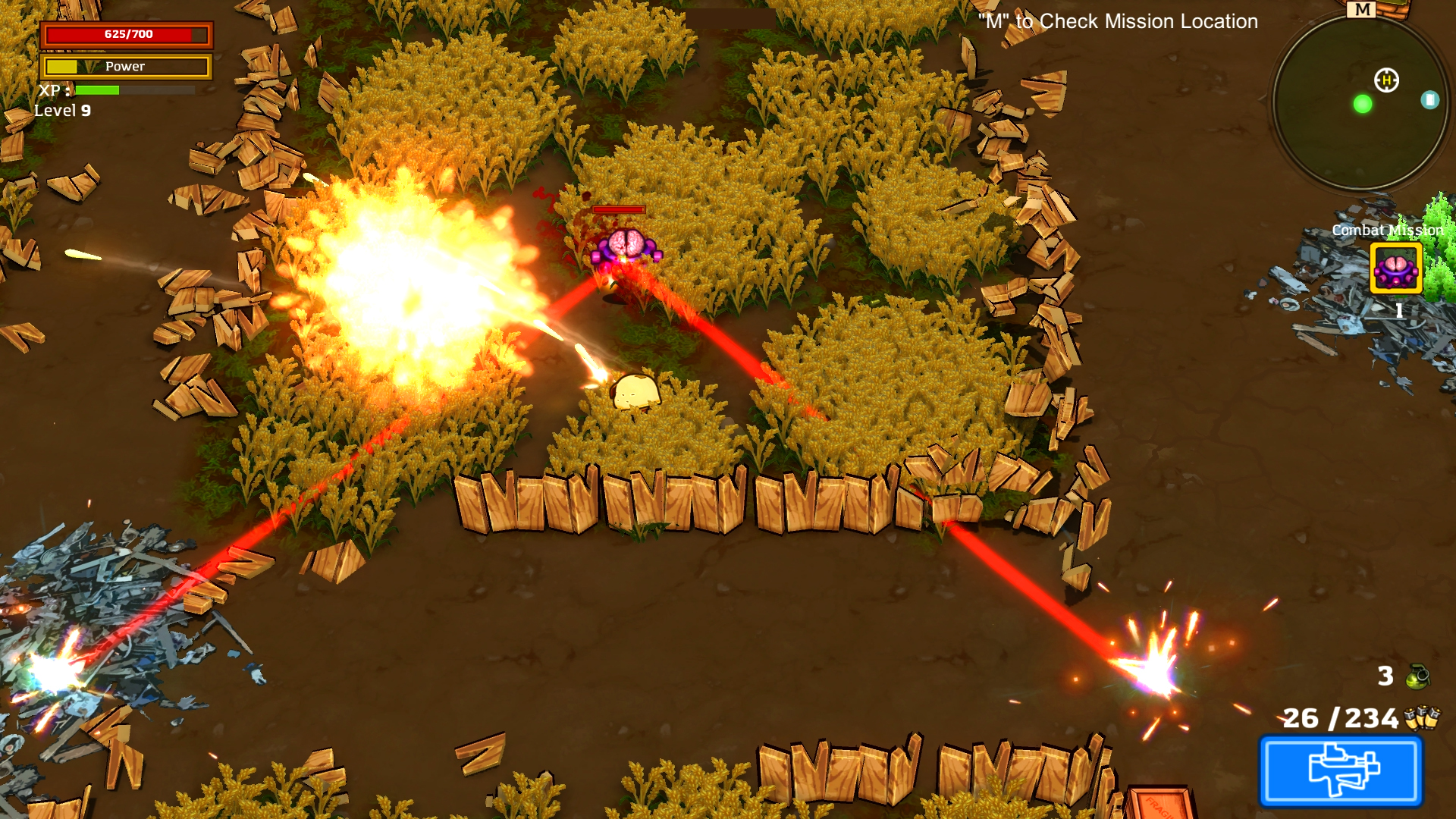 In this game you will impersonate Erwin Freud, a WW2 German soldier who was tasked with stopping an SS commander from using a mysterious alien artifact, too powerful to be controlled. During the battle, the alien artifact affected Erwin, which was blessed and cursed with immortality and superhuman features, he then supposedly destroyed it for the sake of humanity, its power was too great. After that he was imprisoned for over 70 years, he was a German after all, until the United Nations gave him a choice: rotting in that cell forever or fighting for them to stop the Artifact again, because it seems it was not destroyed, and came back with a plan to destroy the entire world… 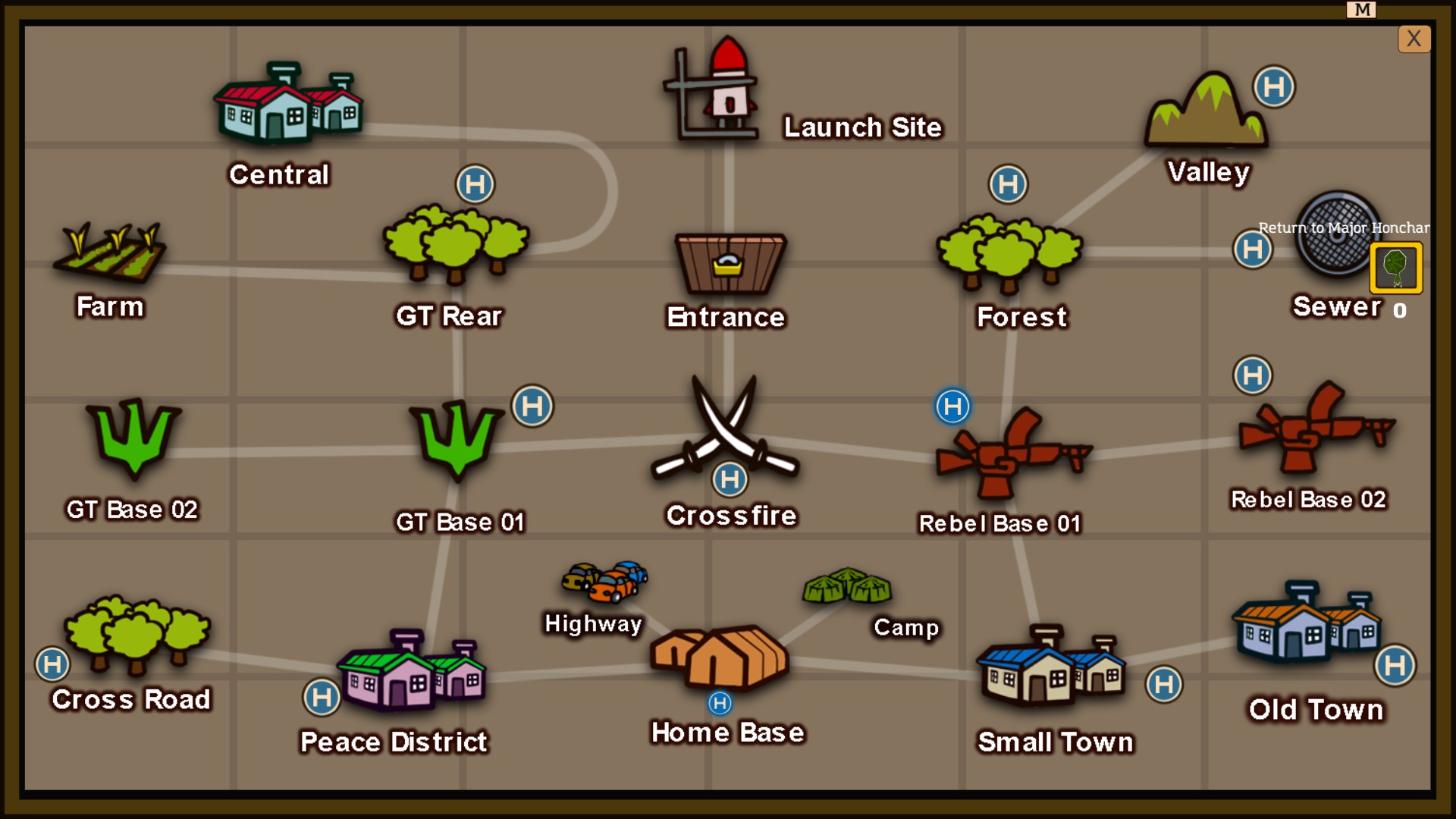 Burgers 2 has the gameplay of a classic top down shooter but with fresh modern elements. Controls are simple enough, adequate for this kind of game. In Burgers 2 you will find yourself in a map with various zones, most of which explorable since the beginning, filled with a variety of enemies ranging from soldiers to aliens. In these areas however there is little to do apart from shooting enemies if you do not have a mission in said specific area. At your UN base camp, the commanding officer will task you with various missions, which will often be gathering, target assassination or rescue. The base camp is the centre of all operations and comes with a Psychologist, which is used to spend Skill Points, acquired by leveling up, and upgrading stats such as Damage, Health or Armor. Then we got the Shop which will sell you ammo, and the Gunsmith, available at a certain point, in which you can spend Gun parts to craft better weapons.

Combat in Burgers 2 is very simple: there is a dodging mechanic which allows you, and certain enemies, to roll around and dodge bullets and other attacks, apart from that it is just good old shooting until your enemies die. You also have Melee, which is rather powerful early in the game but becomes less effective and wise to use later on. Apart from some bosses, combat in this title is not very challenging, enemies will be in decent numbers but almost always weak or sufficient at best. Bosses on the other hand are tough, especially final ones, but still doable and not unfair. In case you die you will respawn at the base and lose 100 dollars, which is not much anyway. There is no real Game Over.

Another important thing are Powers, activated when your Power Bar is filled. There are three different powers, which can be upgraded, which are Melee Boost, Blast (a localized explosion around you) and Slow Motion, which will greatly slow time around you. These are very powerful and will get you through harder fights.

Positive notes must be made for the presence of driveable vehicles, I found only one in an area so far, nice idea but i wish there were more of them, the presence of certain story choices that will influence what missions you end up doing, environment partial destructibility which is of little use but nice visually, and the overall mechanics are designed decently and keep the game fresh with progression and things to do. Addition of Fast travel between areas is decent, but takes away time from an already short experience.

A negative mention must be done to the Multiplayer compartment, since Online PvP is afflicted by serious network problems like lag and rubber-banding, to the point of being unplayable, while Co-Op is only local and not online, which is disappointing. Other negative mentions may include the difficulty balance going towards the easy side, except a few bosses, which certainly will not entirely please the veterans of this genre, and also Longevity is sub-par with its circa 3-4 hours to complete everything. 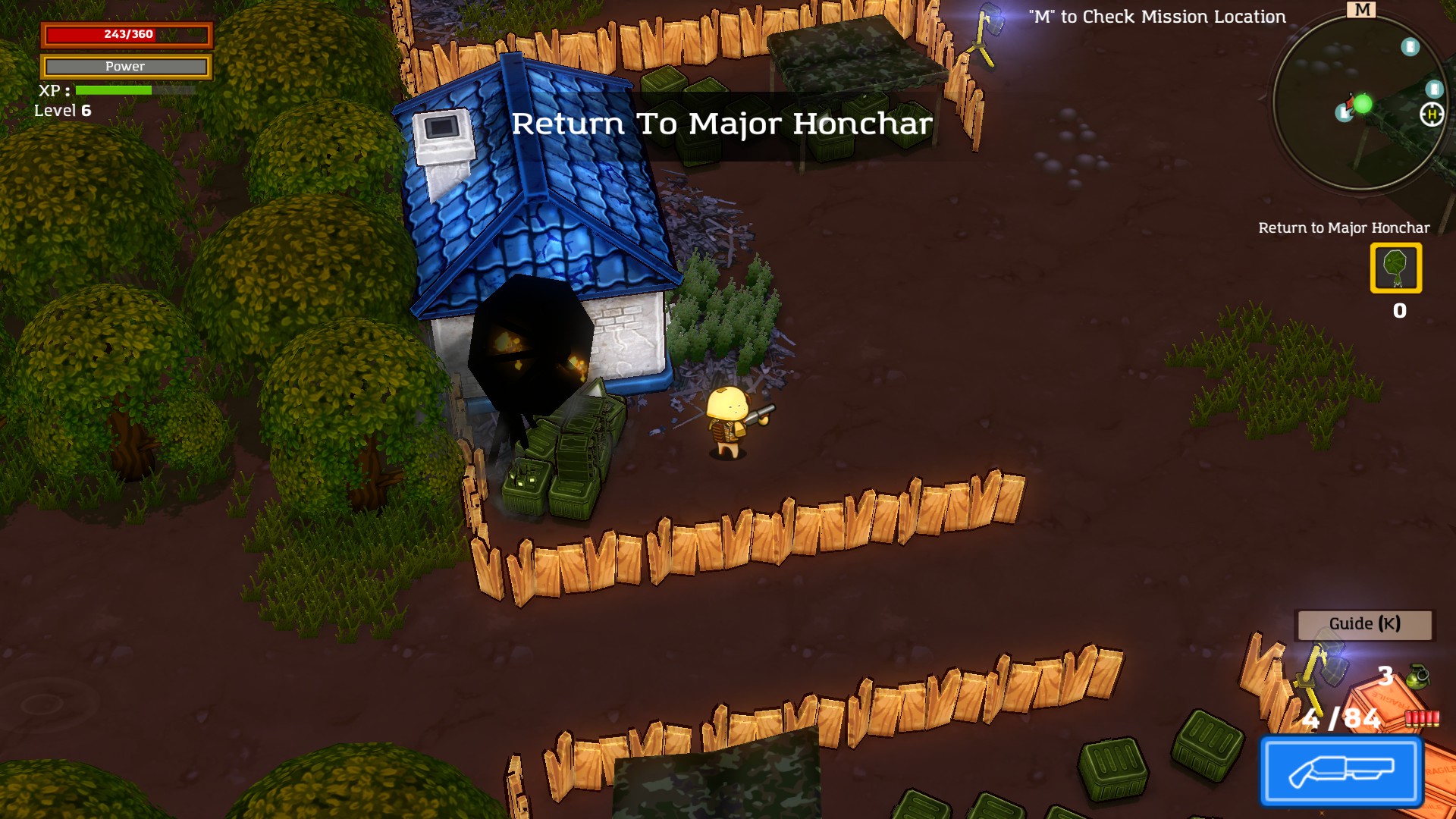 Graphics
Burgers 2 has 3D graphics made with Unity. Textures and models are of sufficient quality for a game of this kind, modern effects such as dynamic lighting, advanced shaders, reflective surfaces, material rendering etc. are absent, expect a basic 3D graphic with nothing too elaborate. does the job, but only so.

Sound
Sound design is adequate, but barely sufficient to be honest: weapons sound too similar from one another, there could have been more effects when example destroying parts and then moving debris around, ambient sounds for different areas are missing, soundtracks are few, voice acting of any kind is absent.

Performance
Burgers 2 runs smoothly, and should do so even on older systems, not demanding in terms of performance, there are no performance problems to report.

Stability
Nothing to report, never crashed.

AI
Enemy AI follows pre-determined attack cycles as in any top-down shooter, so expect a standard AI for this type of game, nothing different from the basic one required.

Quality Of Life
Decent UI and interfaces, inventory weapon selection could have been made drag and drop instead of key based, weapon switching is only forward and not backwards, but overall it’s okay.

Bugs
Very few and very minor, nothing that you will really care about or maybe even notice. 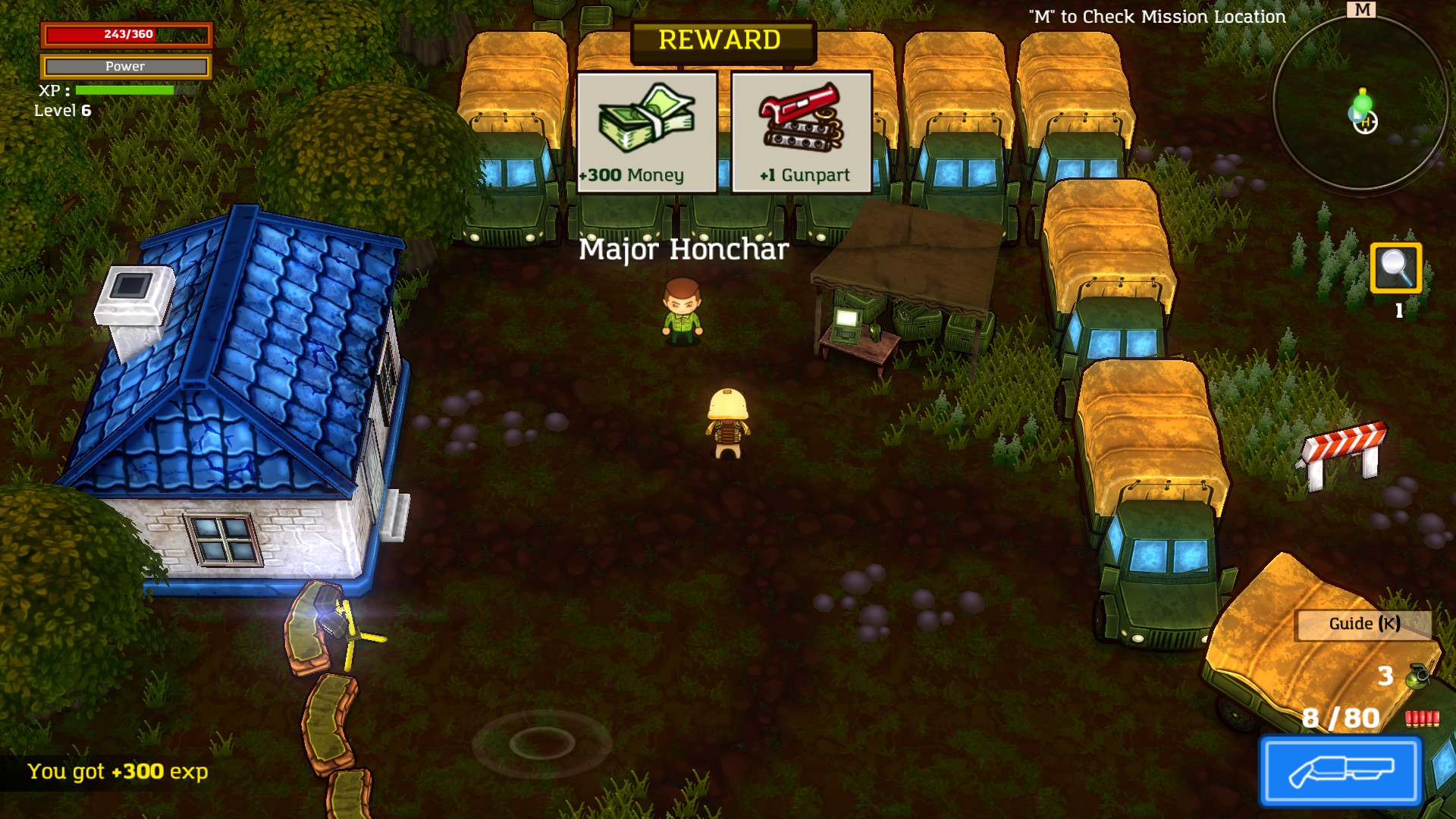 Burgers 2 is a typical low budget shooter with some good ideas, sometimes not expressed fully. It is short and multiplayer is broken / only local, but for the very low price it is offered at you might give this a try if you look for a couch co-op game to play physically with someone else, or a decent but short shooter to pass a few hours.